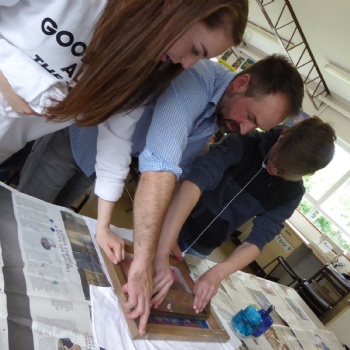 The 63 pupils who had signed up for the Deer Park M-A-S-S-I-V-E Enrichment Week option gathered in the Main Hall on Monday 4 July for the first briefing of the week. Pupils were divided into two groups for the Monday and Tuesday activities - Circus Skills and T-shirt Design in school or rock climbing at Northleach.

The Circus Skills were led by Andy who started us off with juggling. Some were absolute naturals, including Thomas and Sam in new Year 9. Then we moved onto spinning plates - thank goodness they were plastic! Finally, we went onto Balance - Lucy B was a natural on the unicycle and many made it across the tightrope, like Houdini minus the Nigara Falls!

Miss Wright and Mr Sanders led the creative T-shirt Design, following the example of Paul Smith. Many chose to copy famous sporting logos such as Adidas and Nike. Charlie in new Year 9 produced an impressive Nike design in a range of blues tones. 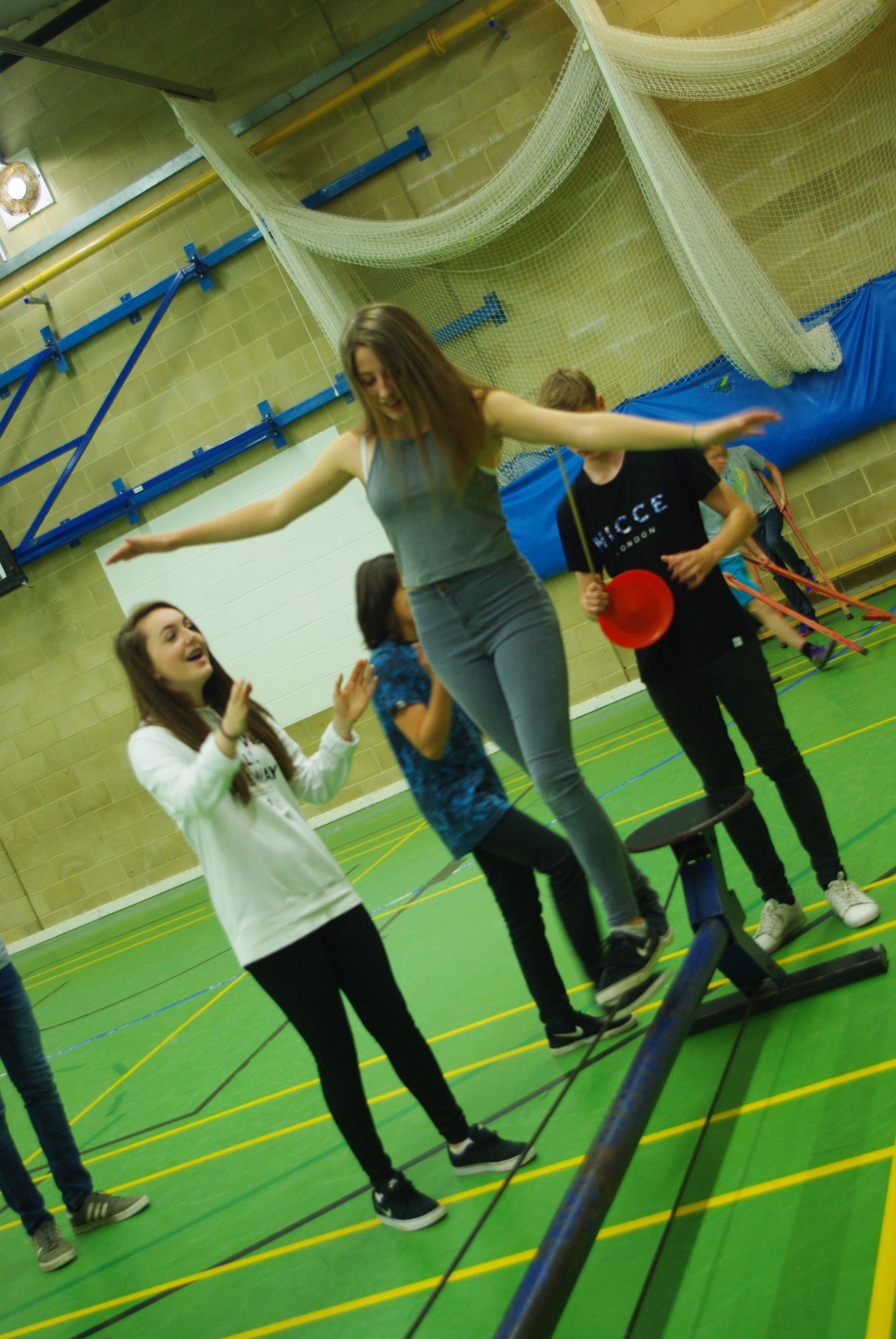 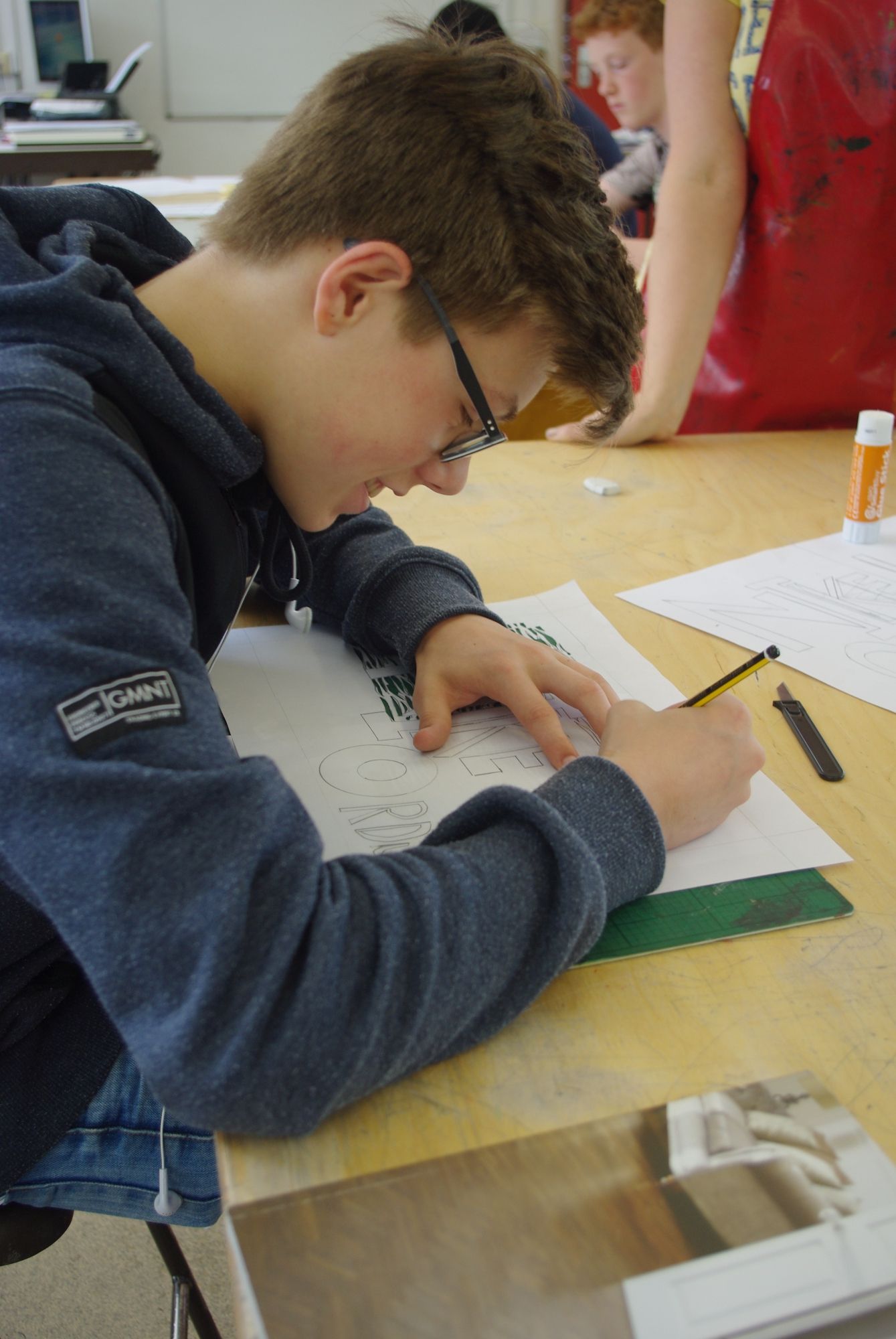 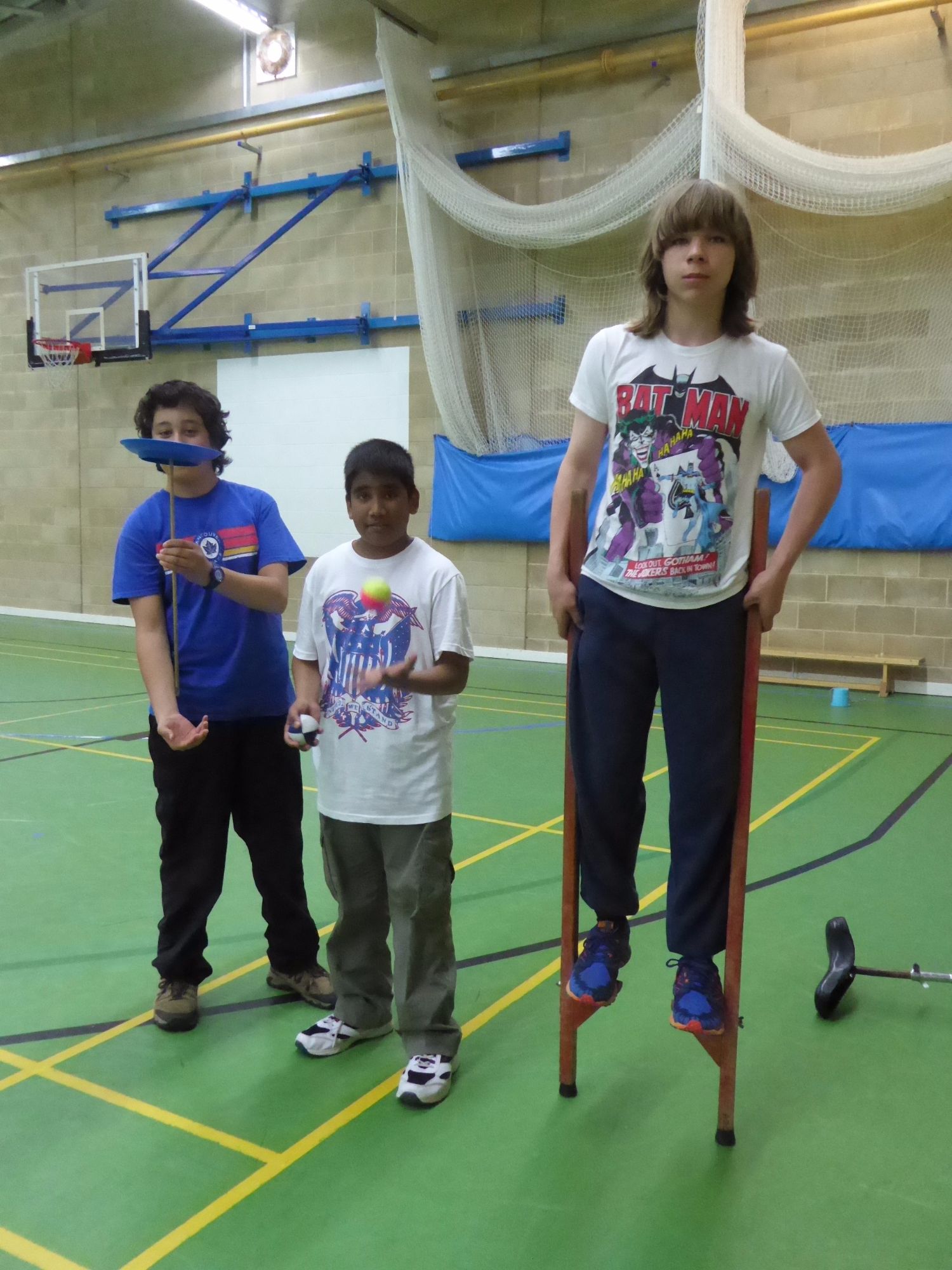 At Far Peak Climbing in Northleach many challenged themselves to reach the top of the climbing walls. They overcame their fears of height, were resilient and then reaped the rewards. Pupils were fantastic at supporting one another, demonstrating reciprocity. There were three challenges that we rotated through: indoor climbing wall, the outdoor tower and the obstacle course. Emily G said "I felt fantastic because I reached the top of the tower and didn’t think I could!"

On Wednesday we went to South Cerney to Go-by-Cycle and the weather was fantastic. Mrs Millar led a 3km lake walk, which turned into a magical mystery tour. Then Mr Bellamy led the 12km bike ride, which took us through marshland, leading to us getting a free foot spa. The local PCOs helped across difficult road crossings. It was great fun. Ryan D said "There was loads of massive puddles and it was really hot." A triathlon was taking place at the lakes but, with the exception of Mr Bellamy, we were definitely not in their league! 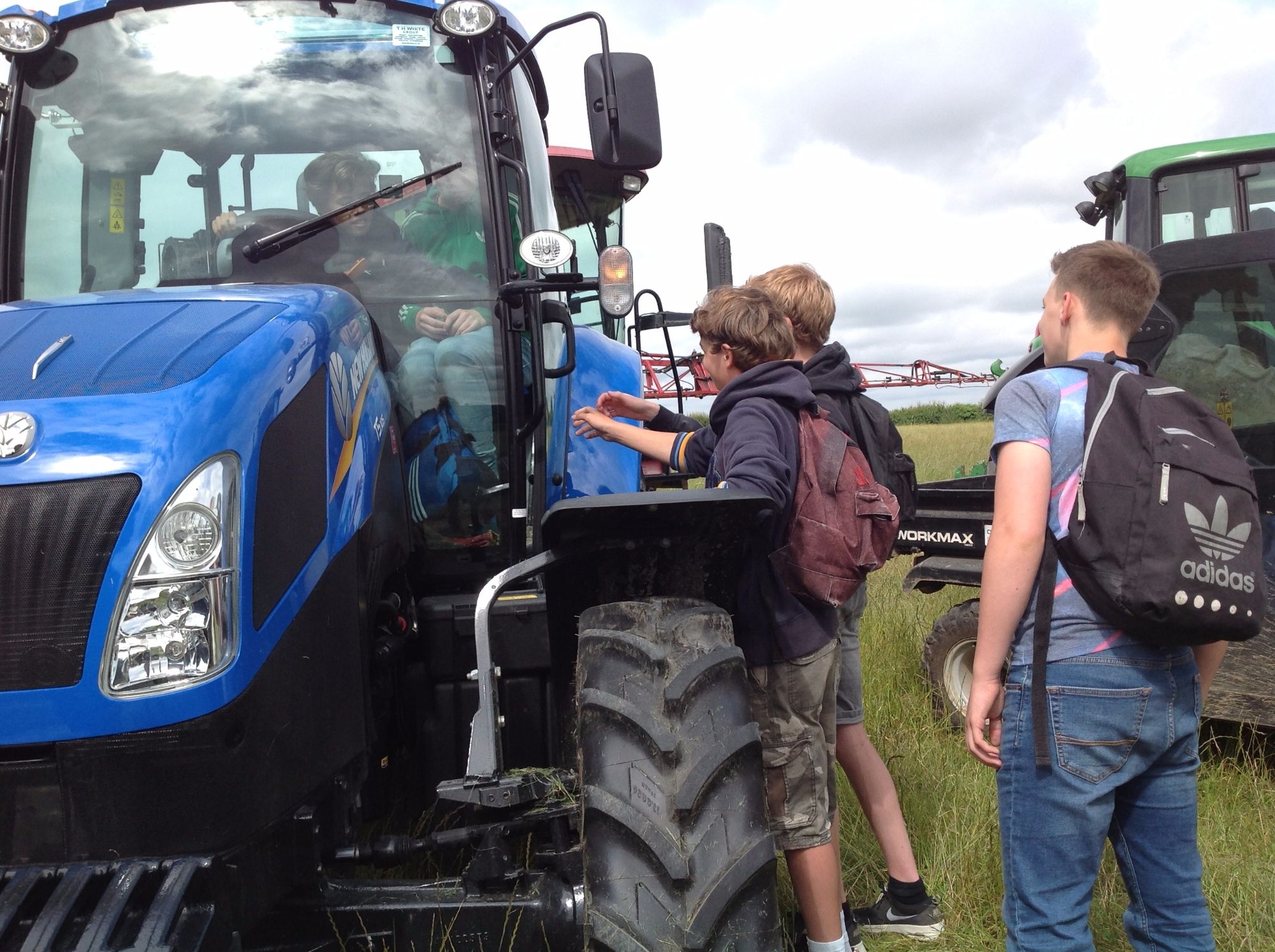 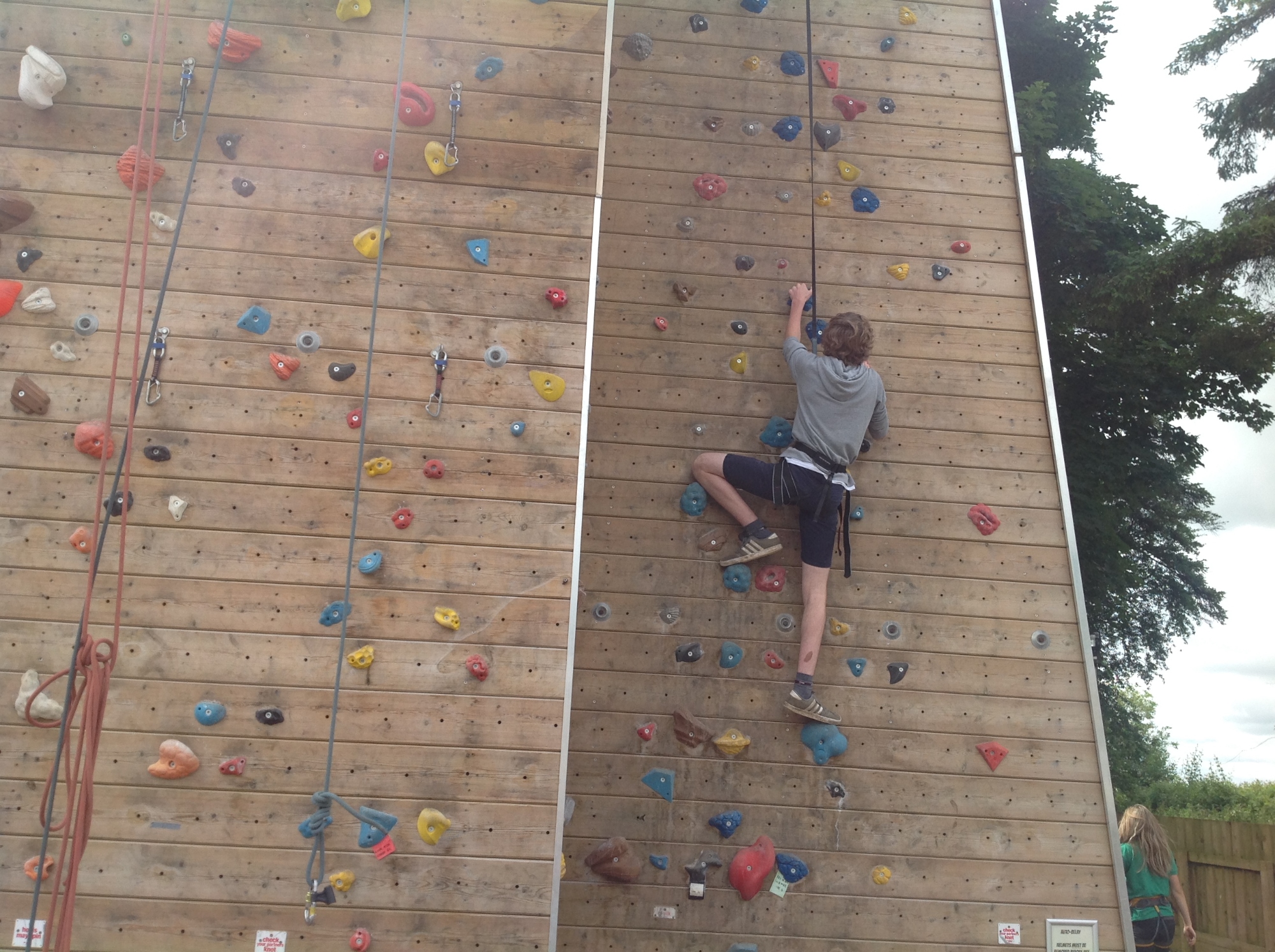 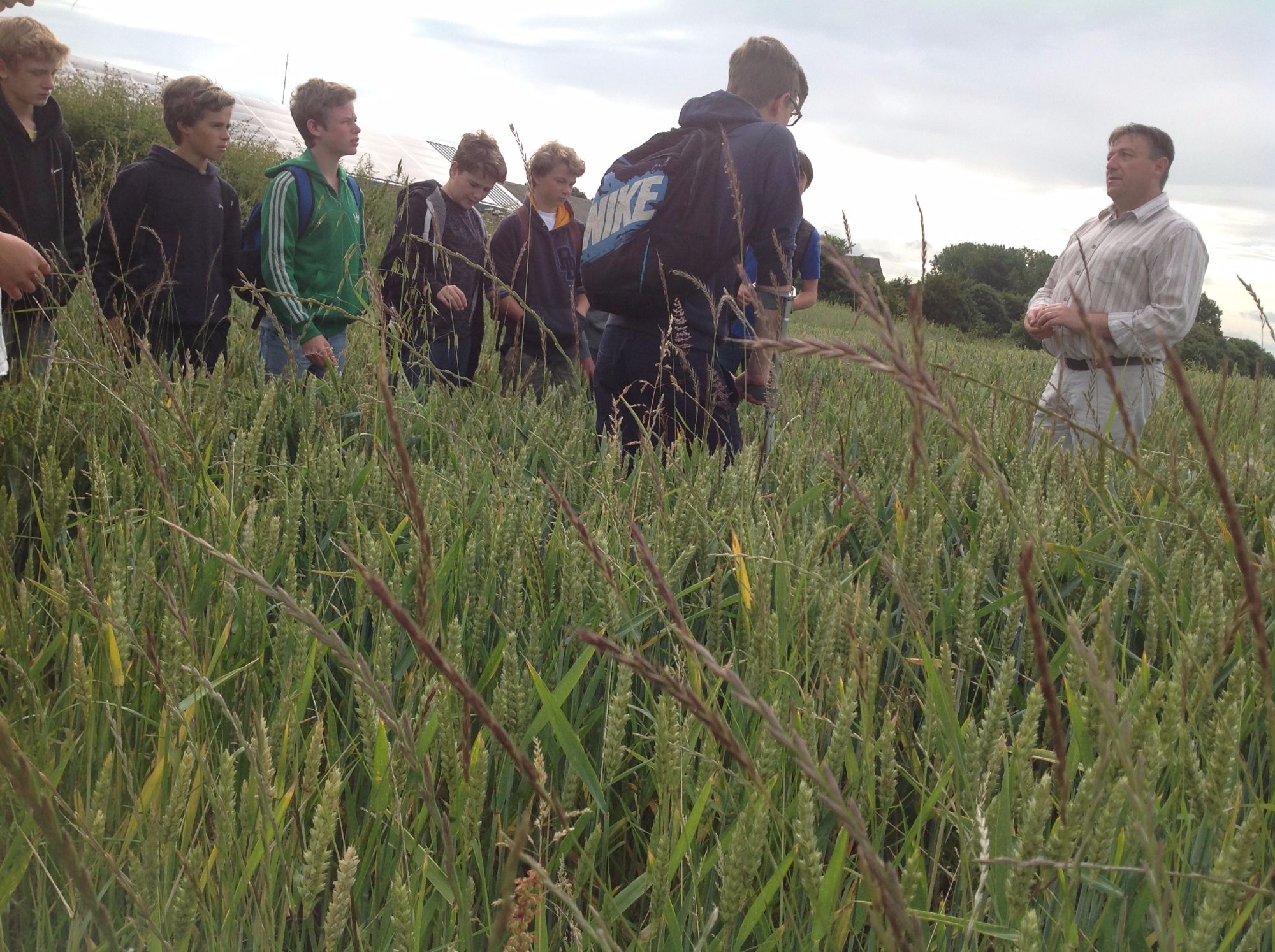 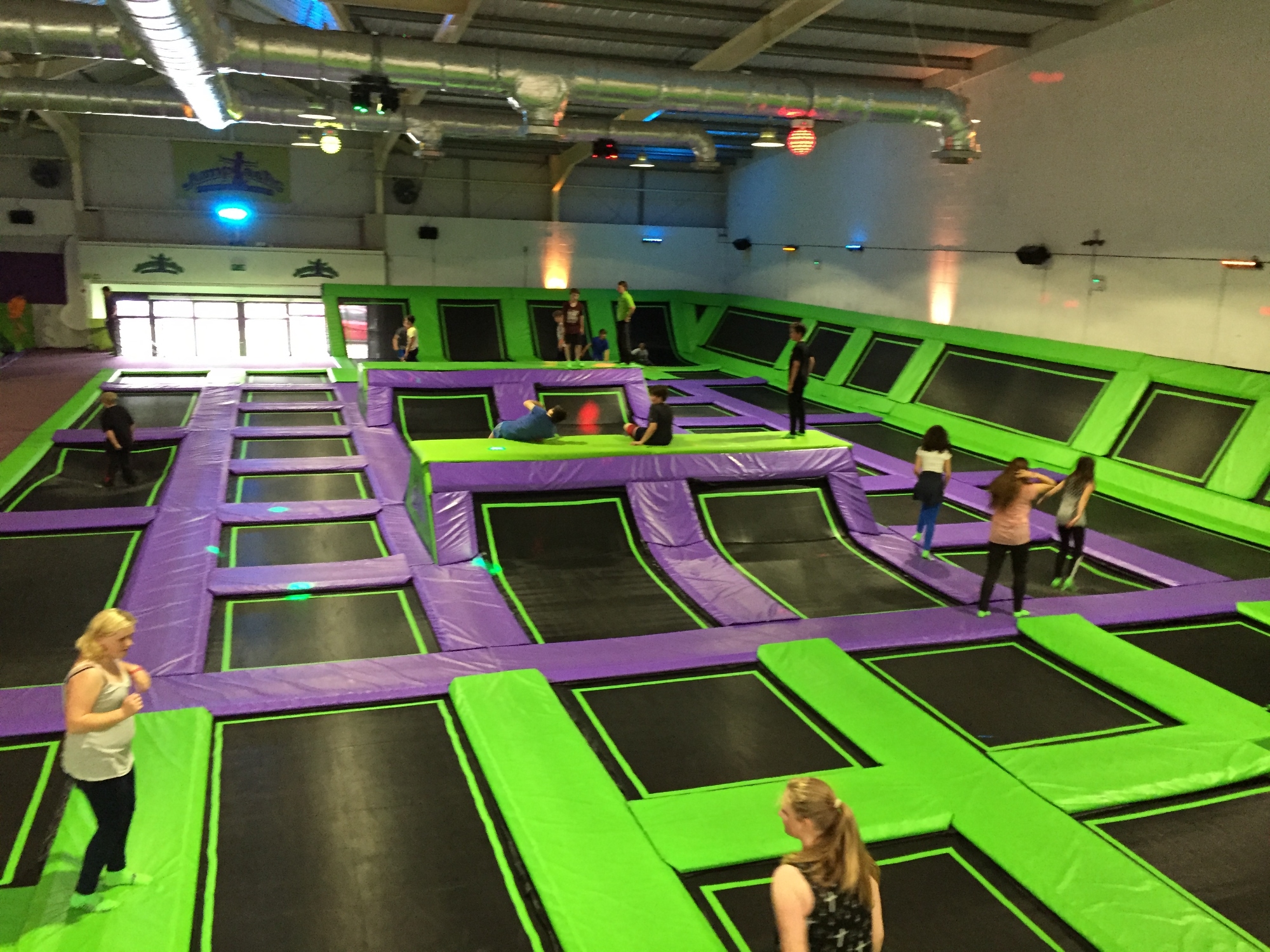 On Thursday, we all went to the RAU’s farm near Ashton Keynes. We had four talks including a tour of the crop and pig rotations. We looked at their organic wheat fields and learnt important facts. Did you know that the average person eats three slices of bread, two and half biscuits and a slice of cake a day on average? Do you know what that equates to in dimensions in a field? In Britain we consume 12 million loaves of bread a day! As a group we reflected on how we will be able to feed a growing population - farmers are already considering these options in order to plan ahead. Furthermore, we learnt that the average tractor costs £65,000 and rear tyres are £3000-4000 each.

After the farm we headed to Jumptastic in Gloucester. The pupils bounced and bounced, becoming more and more red... it was a great cardiovascular workout for all. The smell of sweat when they had finished overcame both staff and pupils alike!

The finale to our week was a sports workout in the morning, including football, basketball and badminton, followed by a trip to Cirencester Outdoor Pool in the afternoon. A great week was had by all. Our thanks goes to Mr Bellamy who organised this action-packed week.