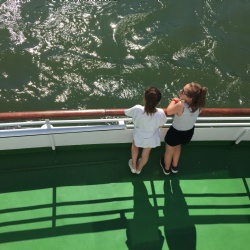 A meeting time of midnight on Monday 1 July 2019 meant a flock of zombie-like (new) Year 9 pupils descended on Cirencester Deer Park School in preparation for a 5-day trip to Germany as part of Enrichment Week. 39 pupils and 5 staff boarded the coach for a swift departure with Oberwesel the destination, situated along the Rhein.

The 17-hour journey did not dampen spirits as we travelled by ferry from Dover to Calais, taking a break in Brussels and finally arriving to our hostel at around 5pm local time. Our home for the week was the Rhein Valley Youth Hostel, a modern building which situated within the valleys and overlooking the Rhein, next door to Schönburg Castle. Known as the "Town of Towers and Wine", Oberwesel retains a certain unique medieval flair.

The first stop on Tuesday was Koblenz, where we were immediately astounded by the imposing monument to Kaiser Wilhelm II (William the Great) overseeing the Deutsches Eck, the spot where the Mosel meets the Rhein. Looking around the monument, pupils were given the opportunity to take pictures and look at other historical features before being given time to roam Koblenz freely. It became apparent very quickly that some of our pupils needed to wear a watch in order to arrive on time! 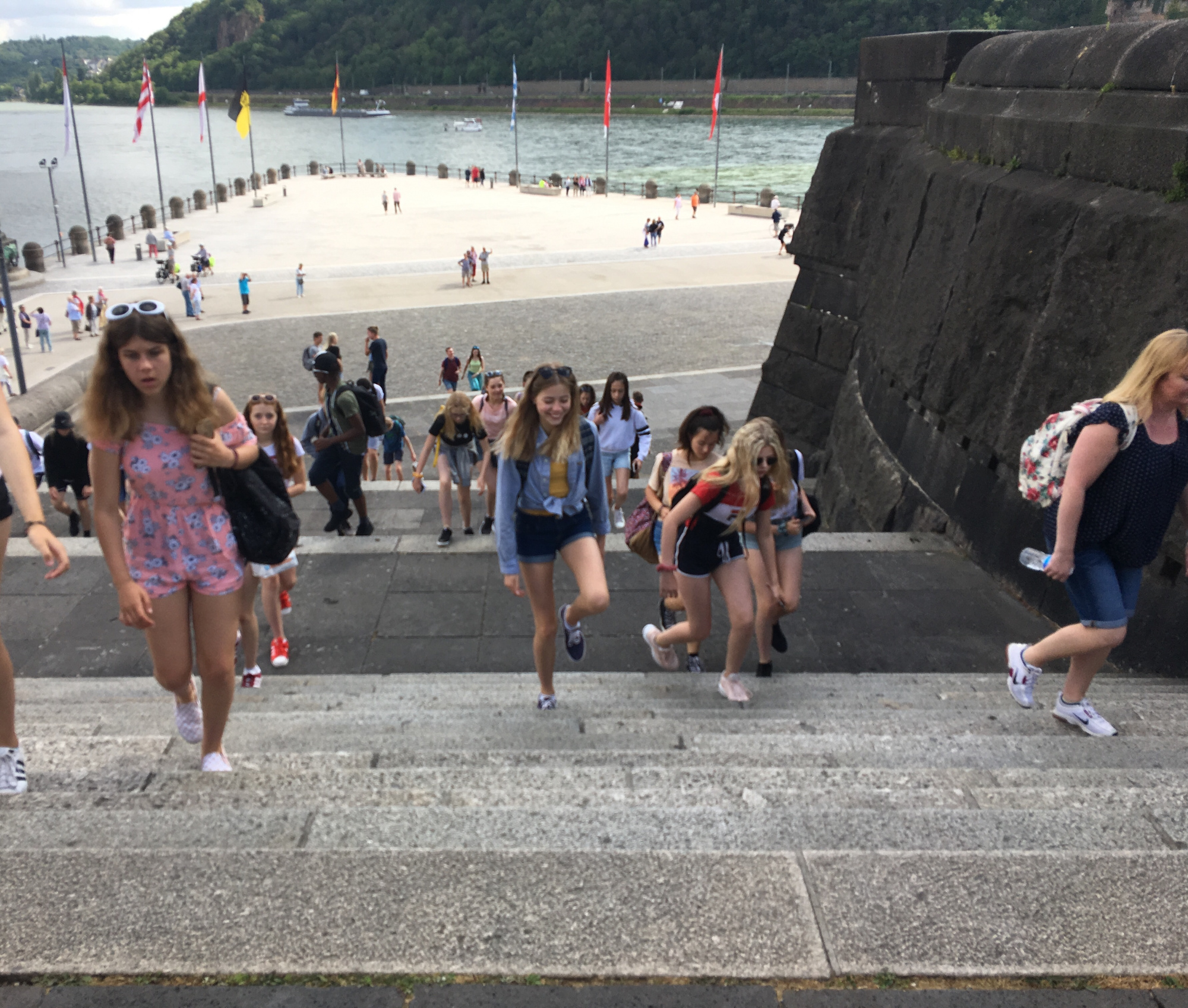 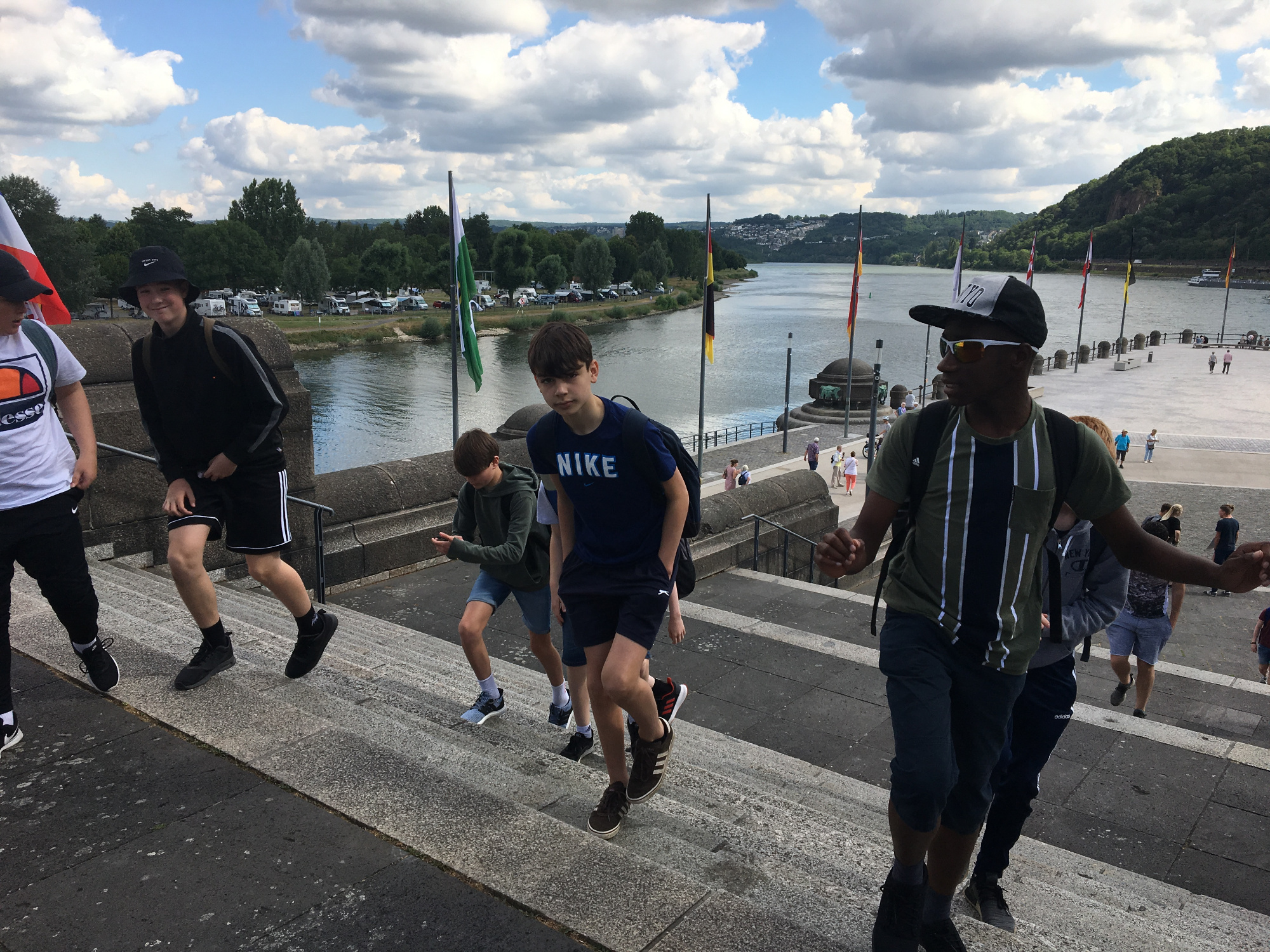 Next, we were off to Marksburg Castle, where pupils were treated to a guided tour looking at Germany’s defences throughout the ages; many were fascinated to learn about the dungeons and the various punishments used back then. With the sun shining, the group were allowed to explore the town of Boppard, before embarking on a picturesque cable car ride. Being taken over one of the Rhein’s many valleys and vineyards; overlooking the river meant that many pupils enjoyed the tranquillity and scenery around them. 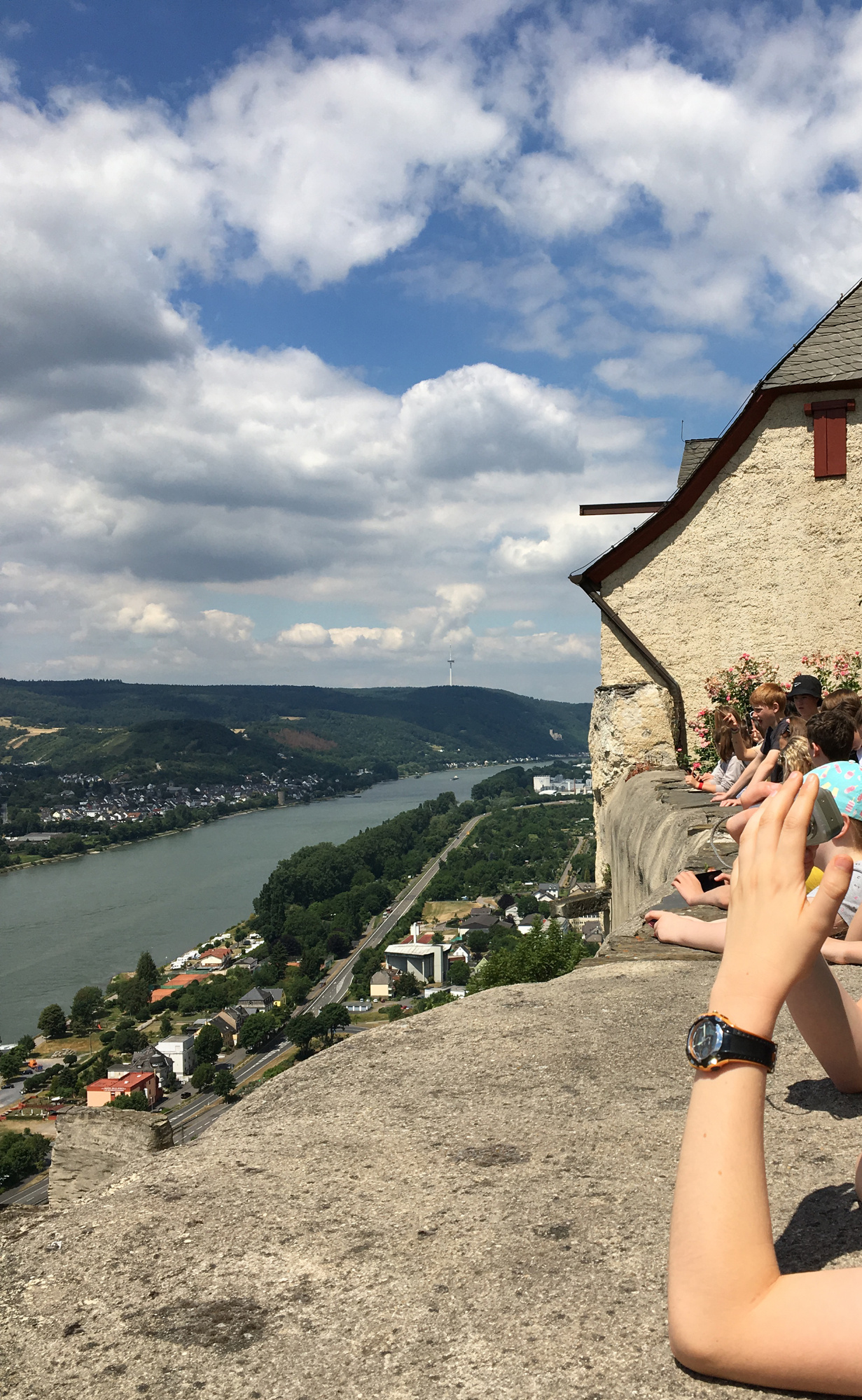 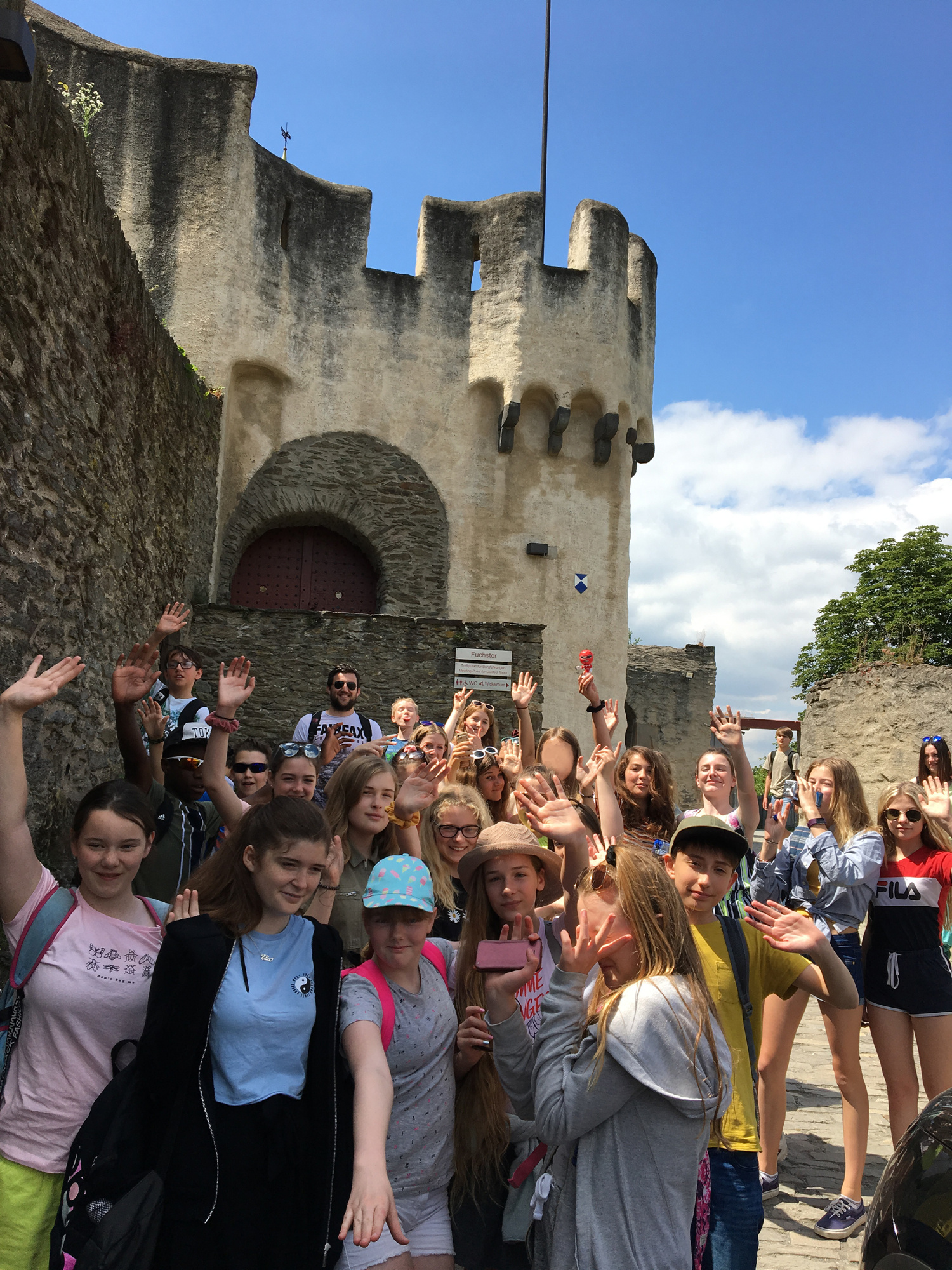 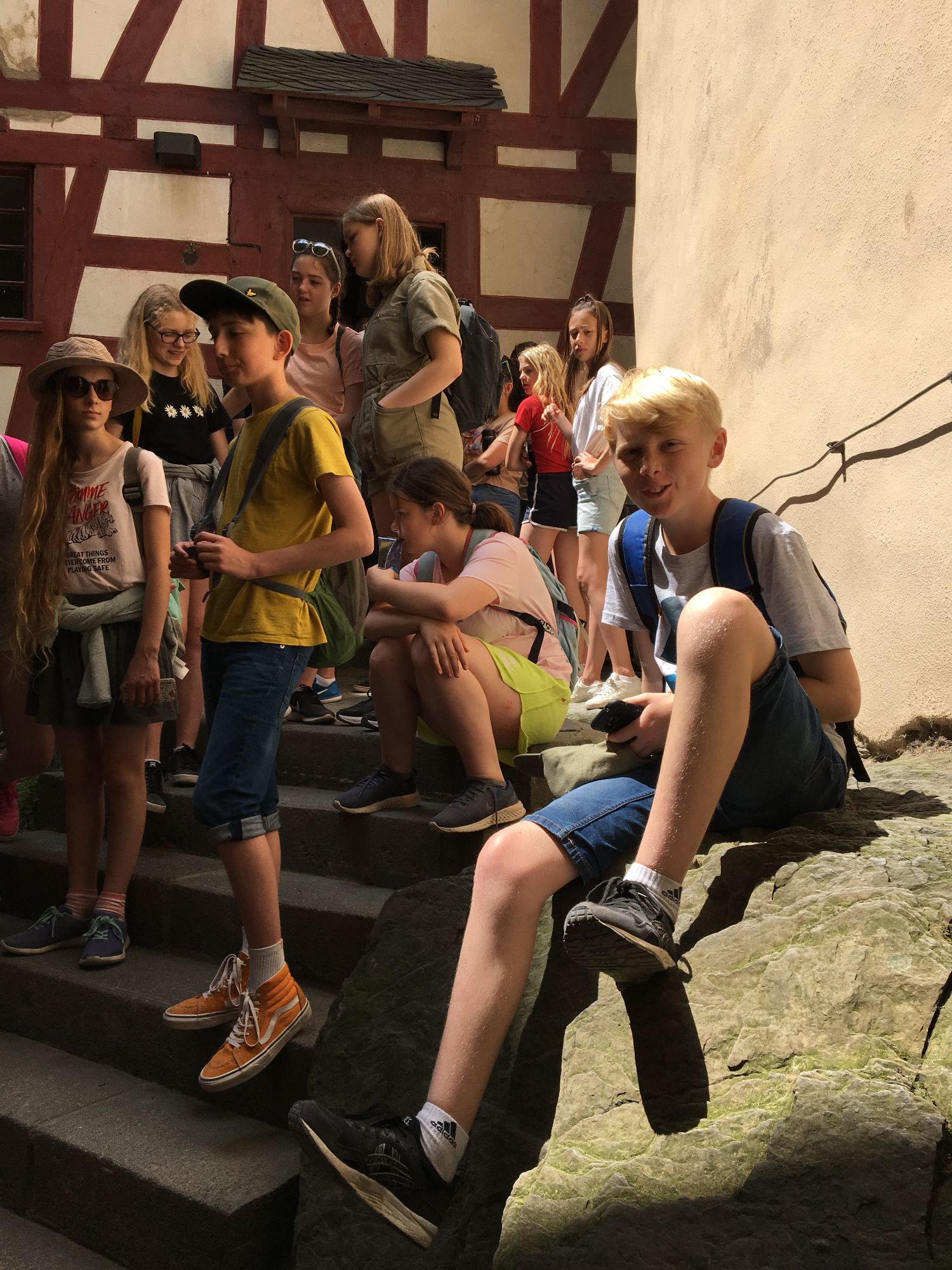 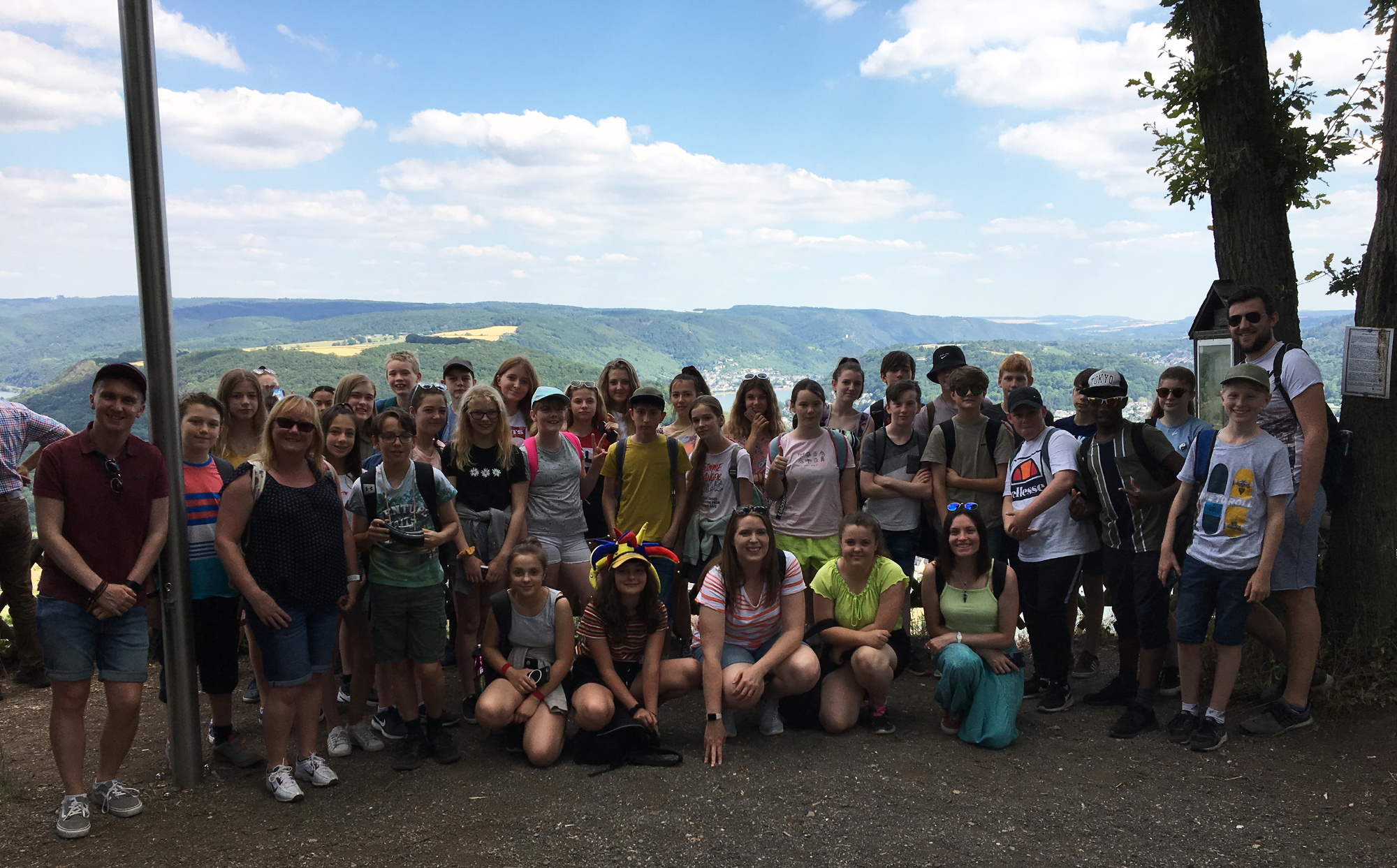 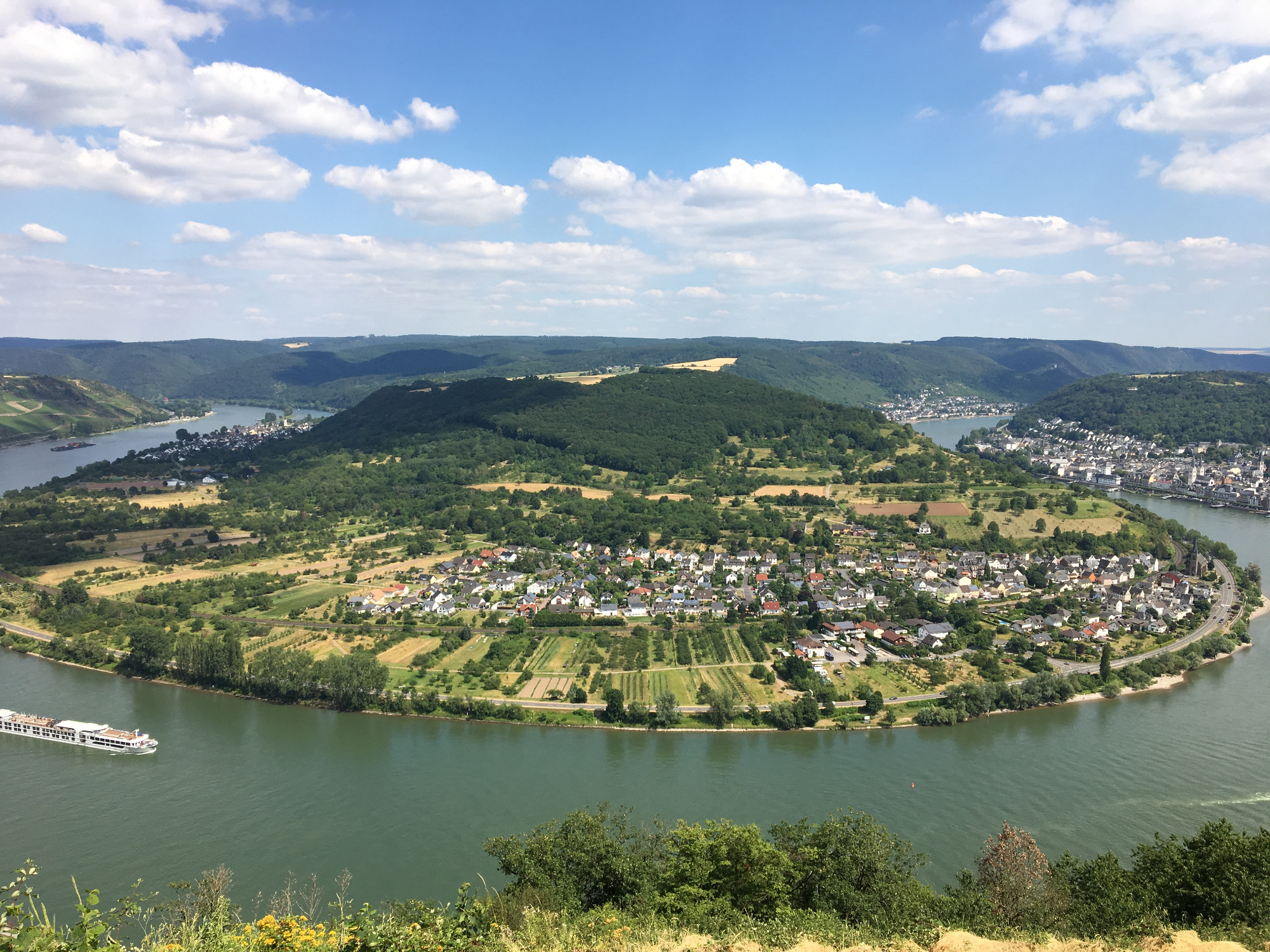 Tuesday night gave the pupils the opportunity to experience a German supermarket as we made the walk past Schönburg Castle and down to the REWE Supermarket, opposite Lidl. The group were able so shop freely throughout the store, looking at local German cuisine, as well as finding some home comforts. After our visit to REWE, we had to make the long trip back up the steep incline, to our hostel.

Wednesday brought a visit to the J.Koll & Cie Winery which, at 68 degrees, boasts Germany’s steepest vineyard. Pupils learnt all about the fermentation process and how the wine is stored. There were also some tasting lessons featuring two non-alcoholic grape juices! The day continued with a visit to Rüdesheim before embarking on a river cruise up the Rhine, past Bacharach and Assmannhausen, back to our hostel. 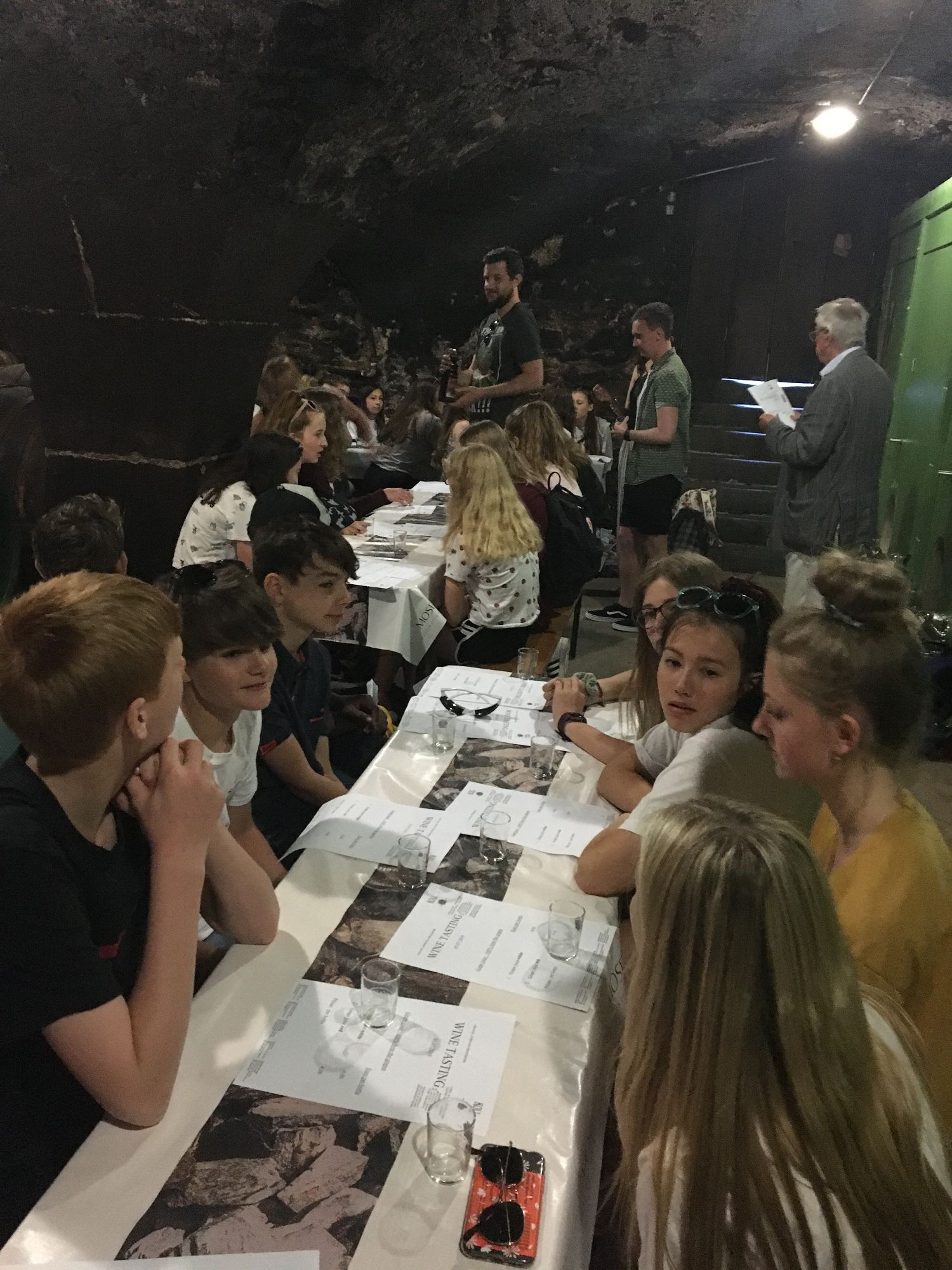 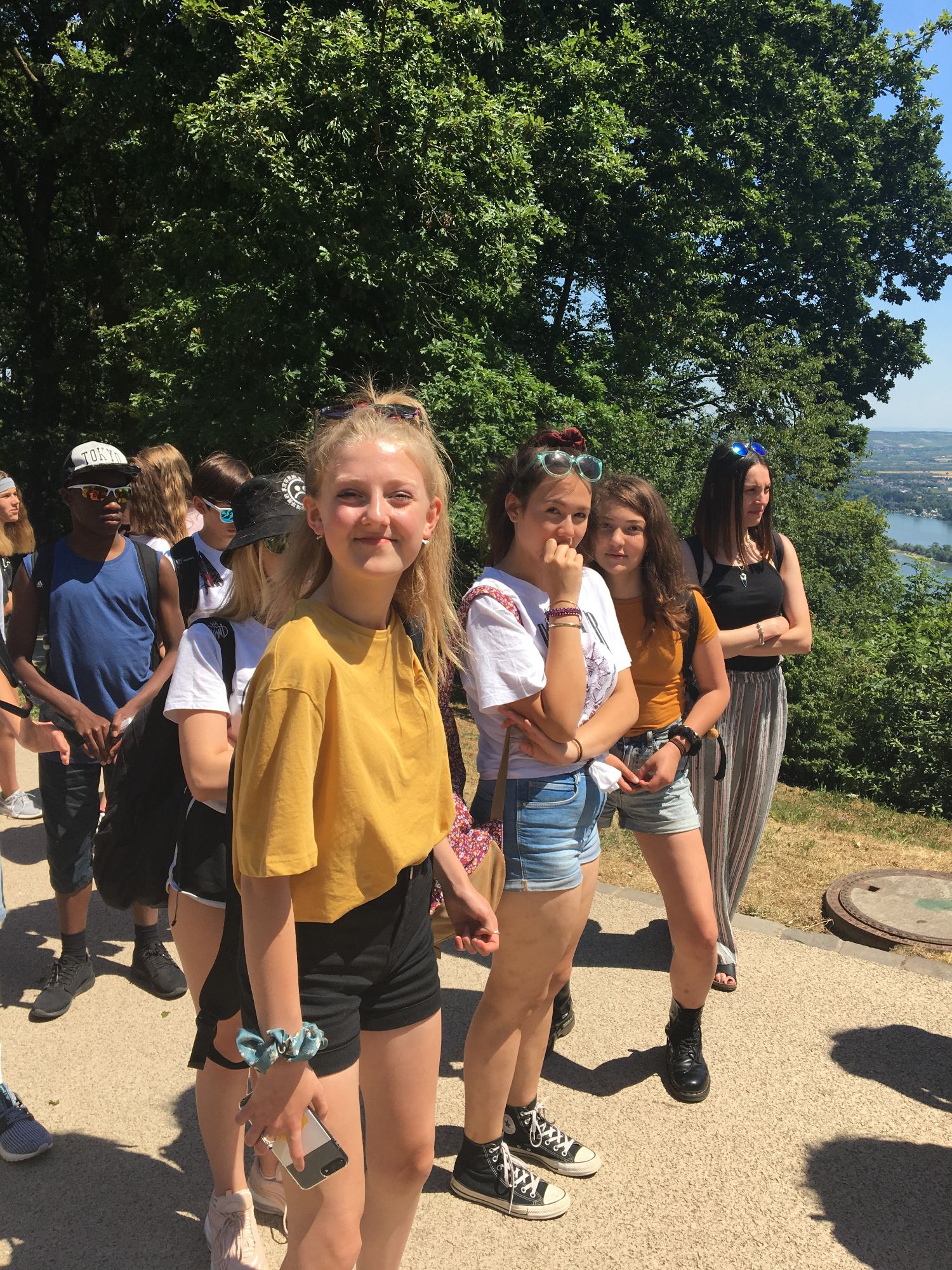 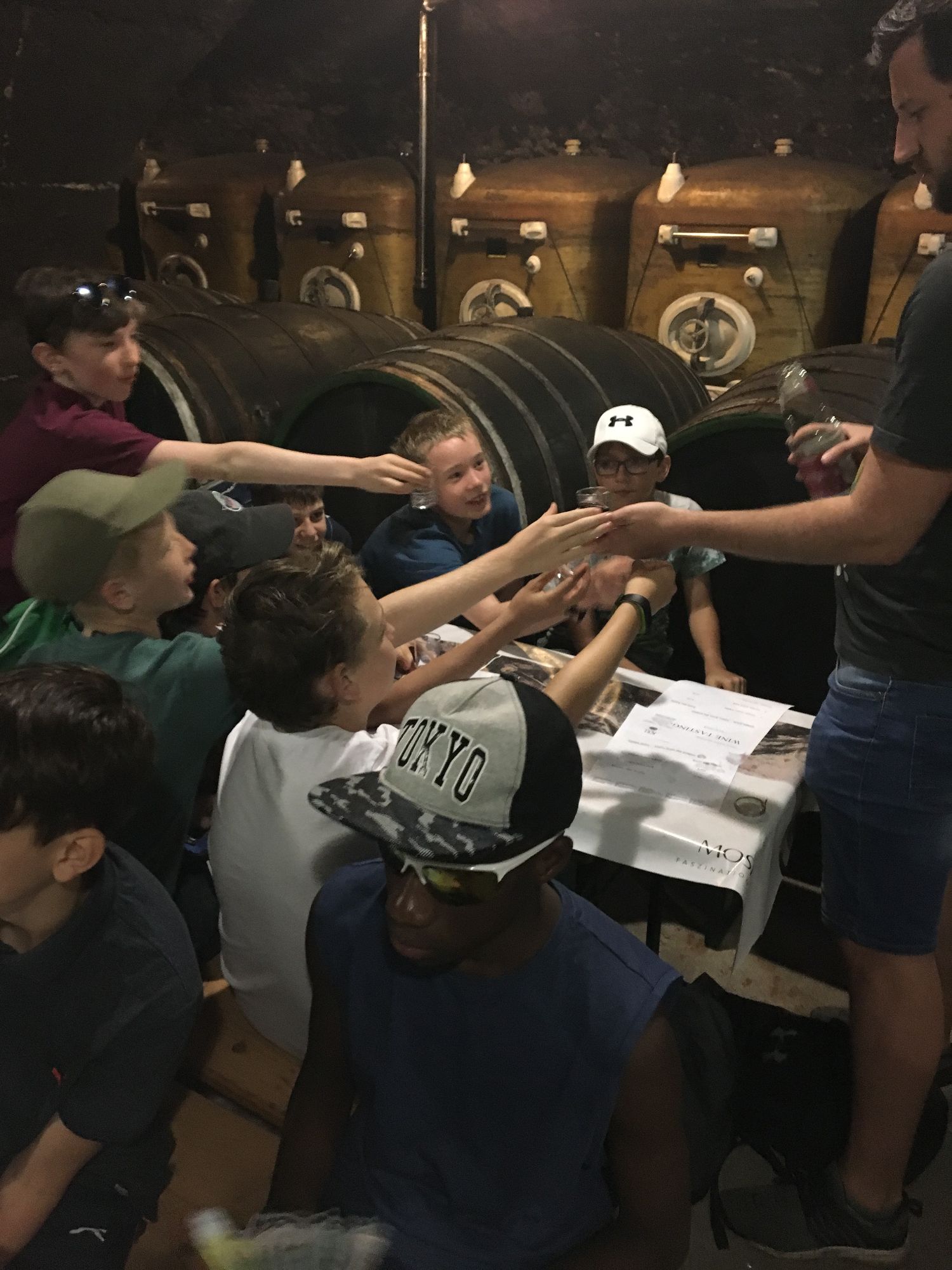 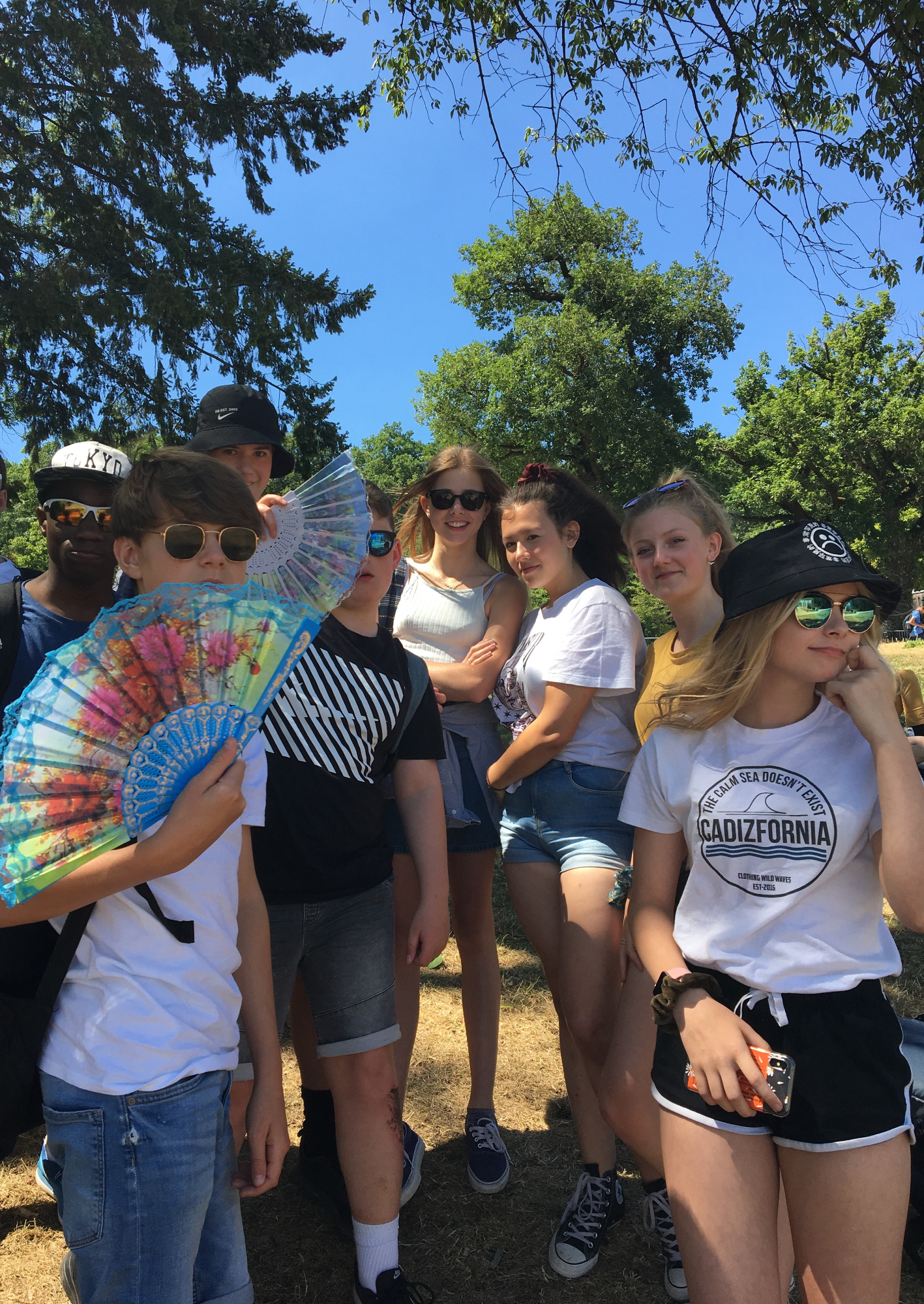 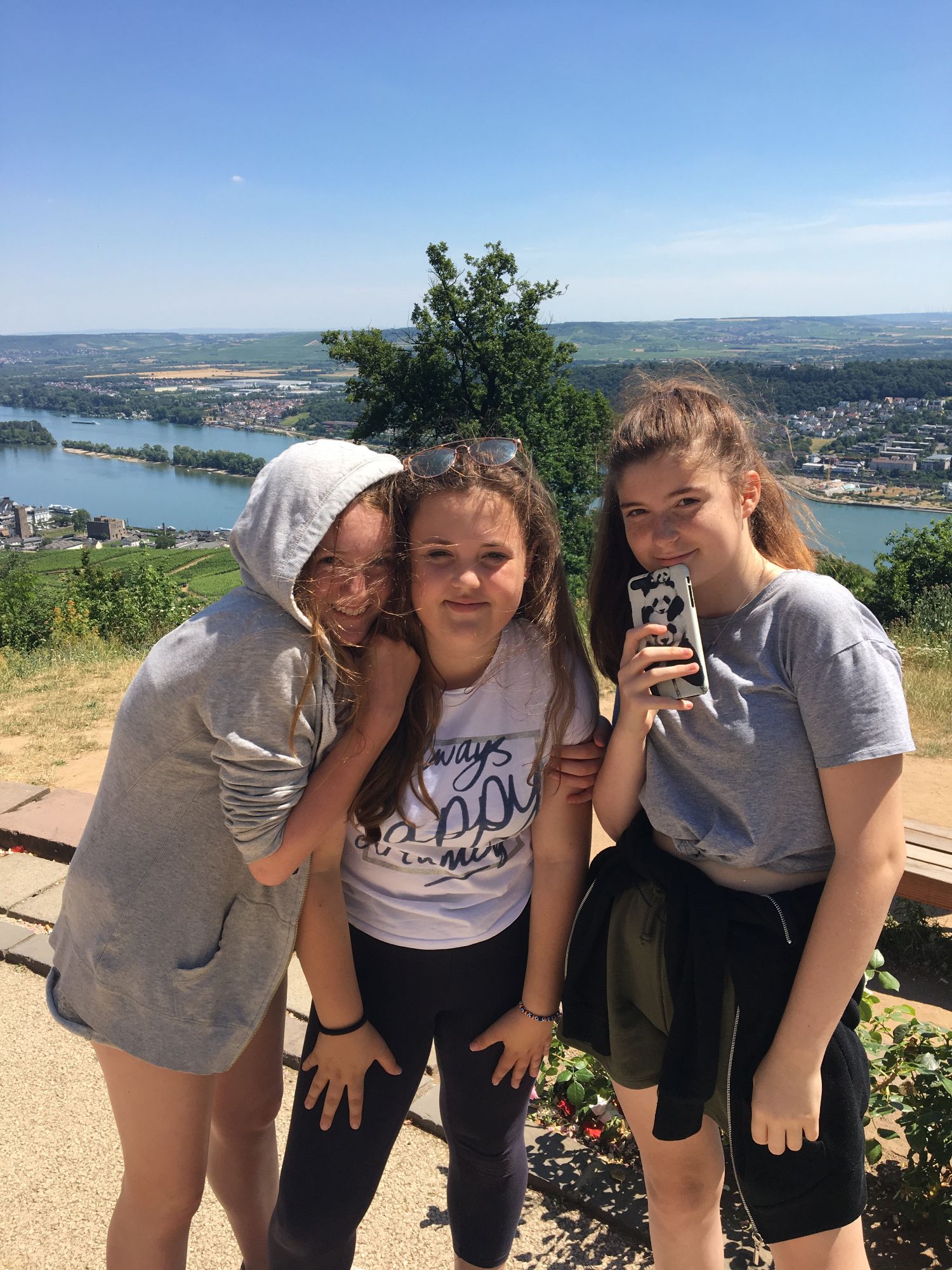 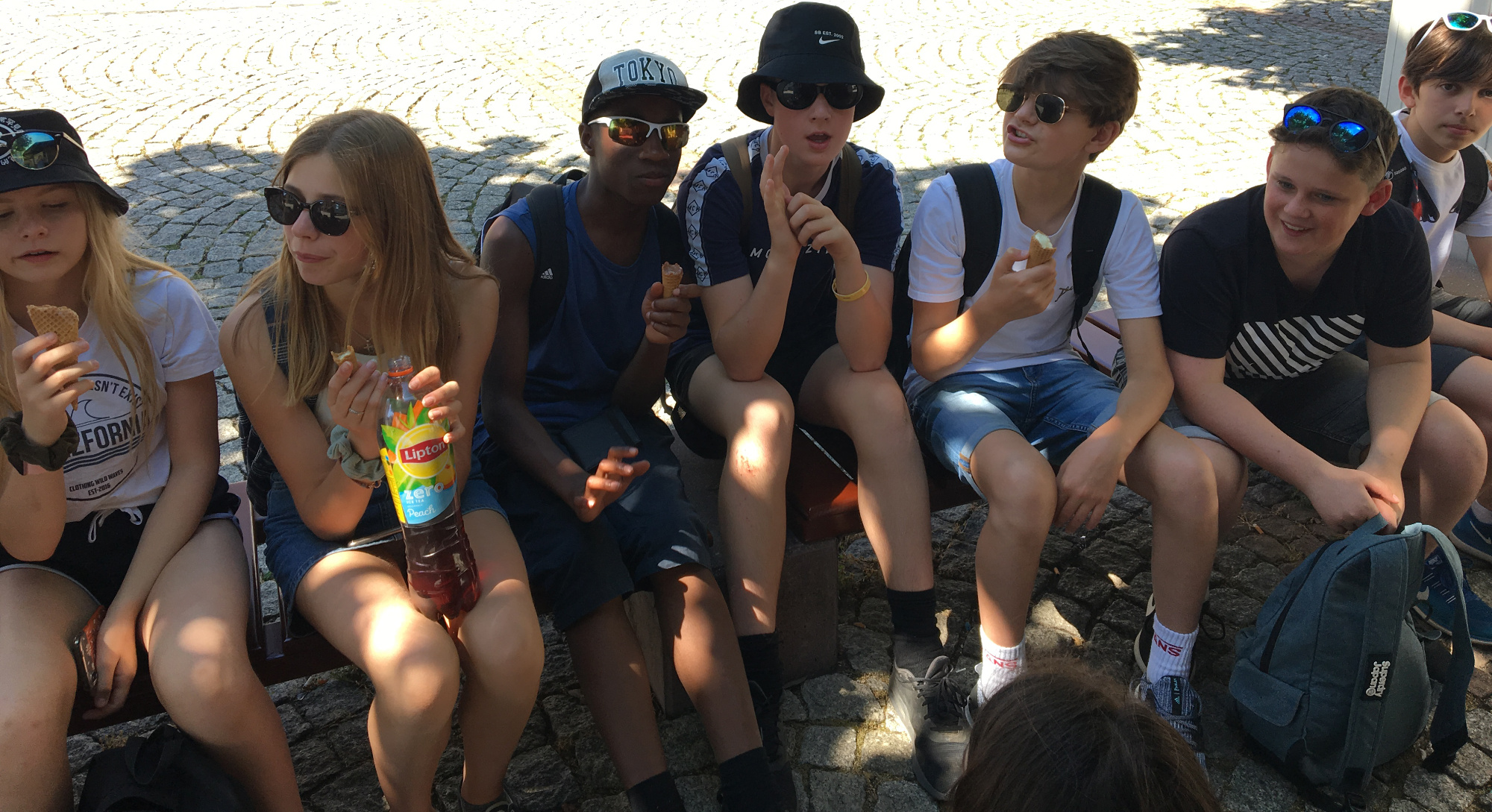 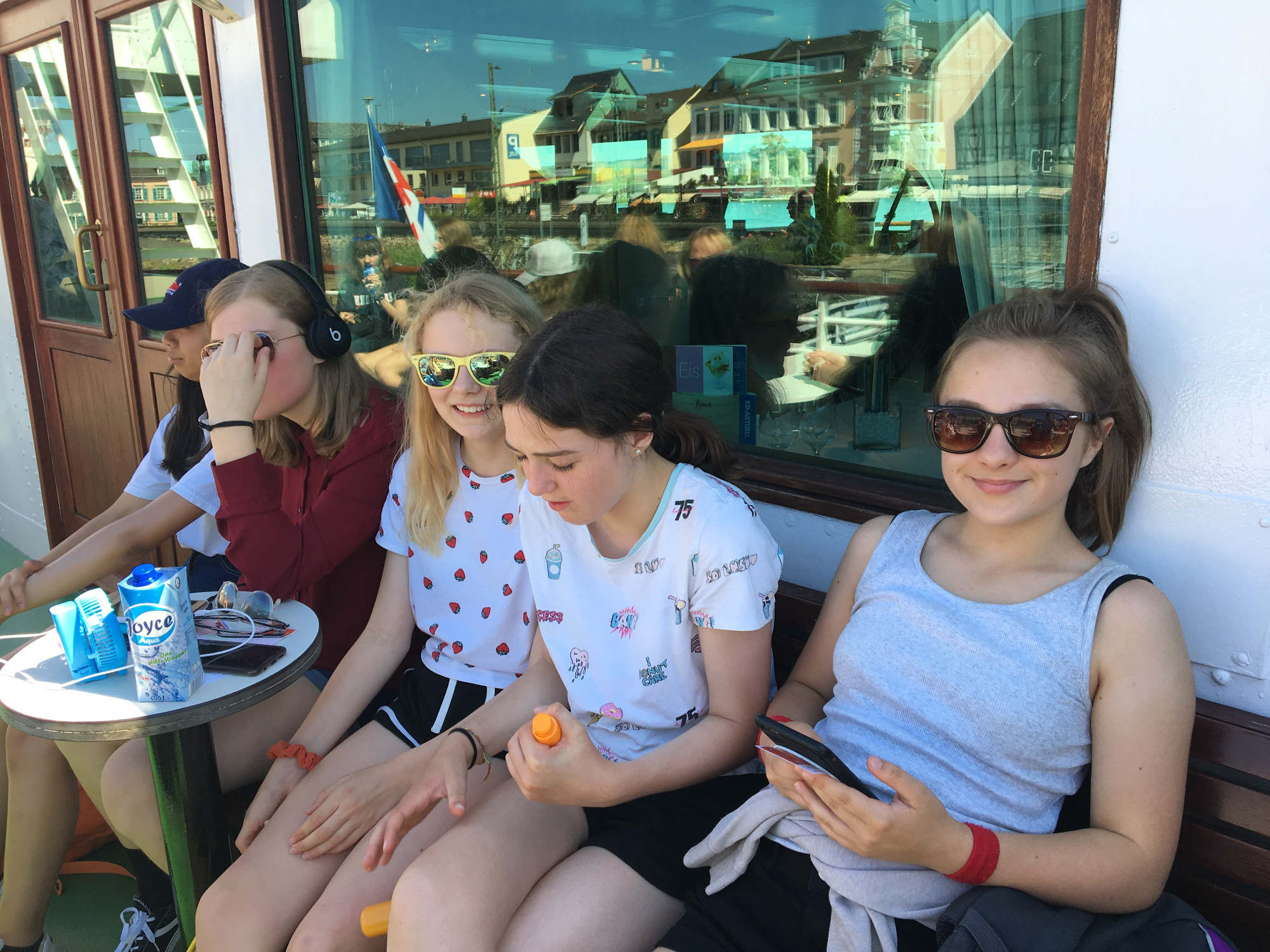 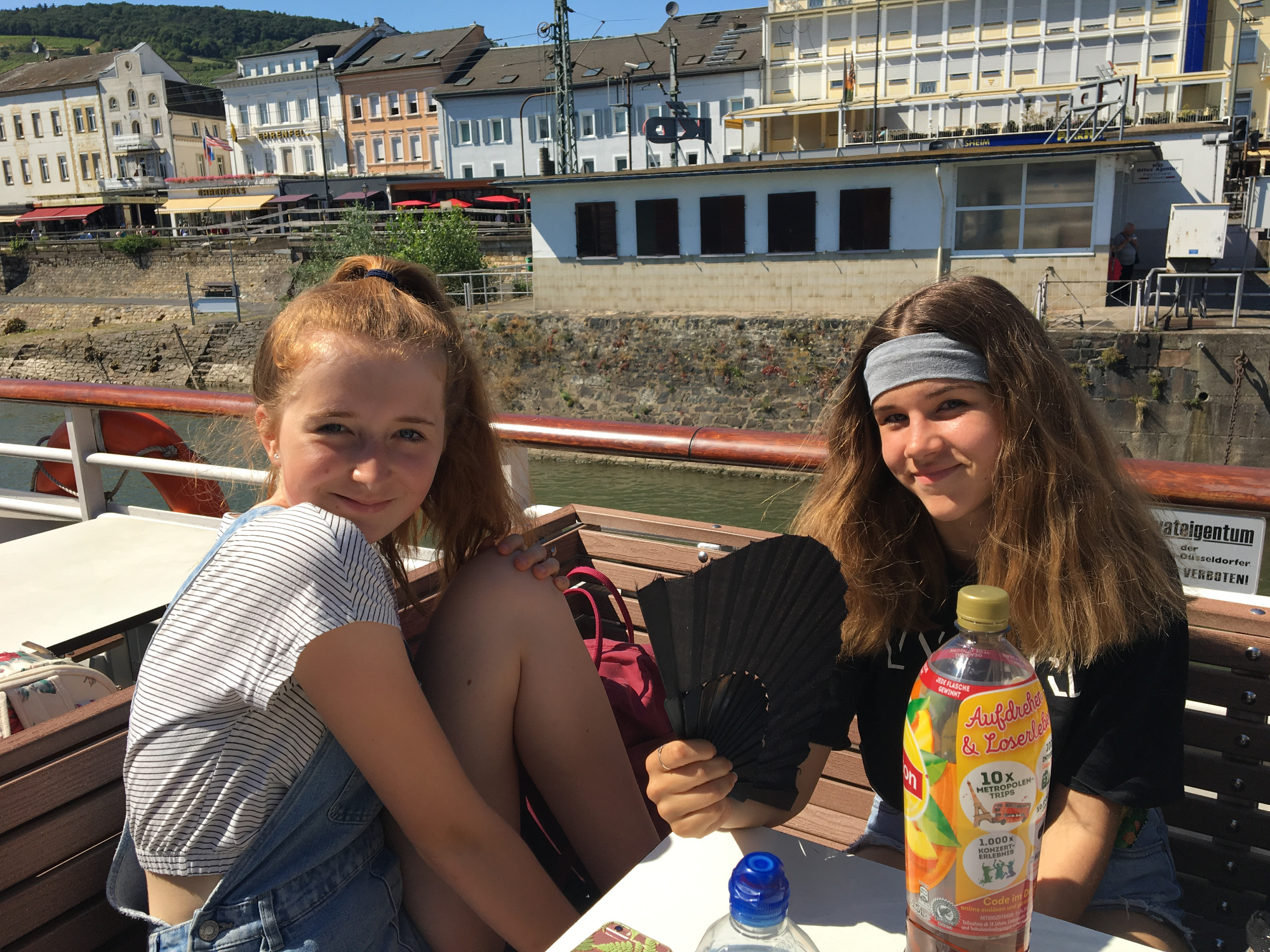 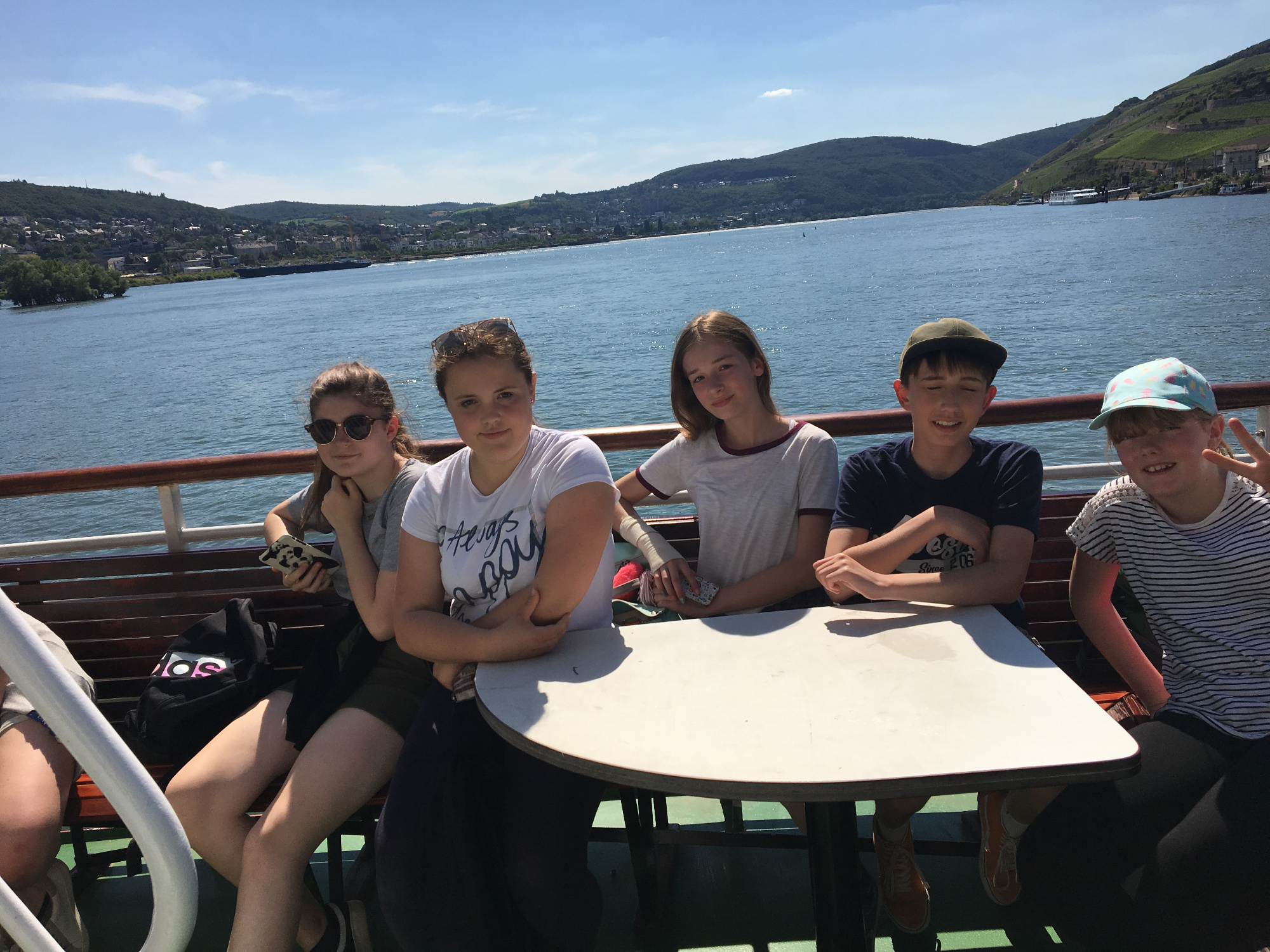 PhantasiaLand was the destination for Thursday. Germany’s most popular theme park did not disappoint as the pupils were eager to explore and go on as many rides as possible. Many of the group confessed to having never been on a rollercoaster; with some deciding to start by going on Europe’s fastest multi launch rollercoaster, Taron. Mr Scarrott was extremely brave, overcoming his fear of heights and going upside down on this one! Queues for the rides were short which meant that no-one was ever left waiting too long before experiencing the next thrill, including Miss Aubrey’s favourite, Chiapas - the log flume with the world’s steepest descent which left the group basking in the sun in an attempt to dry off. Our entry fee also included a free-meal voucher, including a first Bratwurst for some. This final day was rounded off in the evening with a quiz based on the week, including a ‘Which Teacher?’ round and a ‘Beat the Intro’ round, with Miss Faux and Miss Laws providing the sound effects.

The spirits of the group's 15-hour coach ride back to Cirencester on Friday followed the rest of the week, as we sang along to an array of musical DVDs and recounted our adventures from the week. The pupils had been brilliant all week. Staff were amazed that there were no moans or groans about the early starts, including making sure that our bags were on the coach by 6am on the day of departure. The group had showed almost-immaculate behaviour throughout the week, with other schools from around the world, who were also staying in the hostel, complimenting them.

Overall, this was a fantastic experience for everyone involved, soaking up the German culture and creating some brilliant memories for pupils and staff alike.

Will VDB: "I really enjoyed the week being with my friends and it was educational. I learnt a lot and the scenery was nice."

Bella H: "It was mind blowing how amazing the views were. I loved seeing all my friends getting excited over a glass of grape juice. It was an experience I'll never forget."