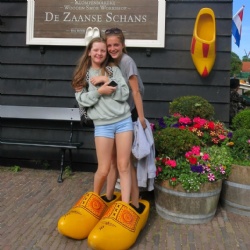 Forty-four (new) Year 9 pupils and five staff travelled to Holland during Enrichment Week (3-7 July) for what turned out to be a fun packed and educational five days.

We stayed in a castle with a moat, surrounded by picturesque gardens in the town of Heemskerk (pronounced Haymskerrick). From there we enjoyed daily excursions to places of interest. 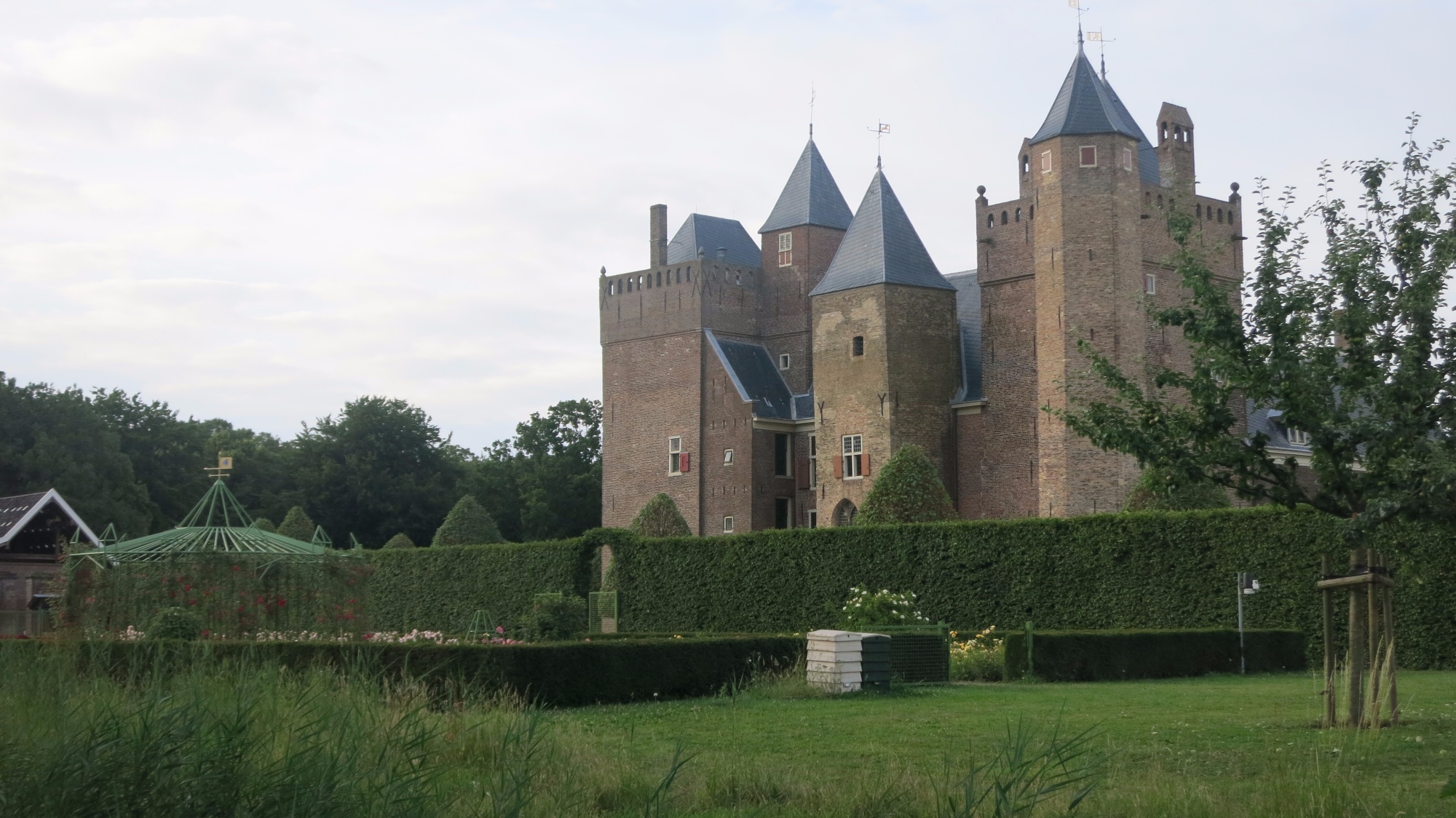 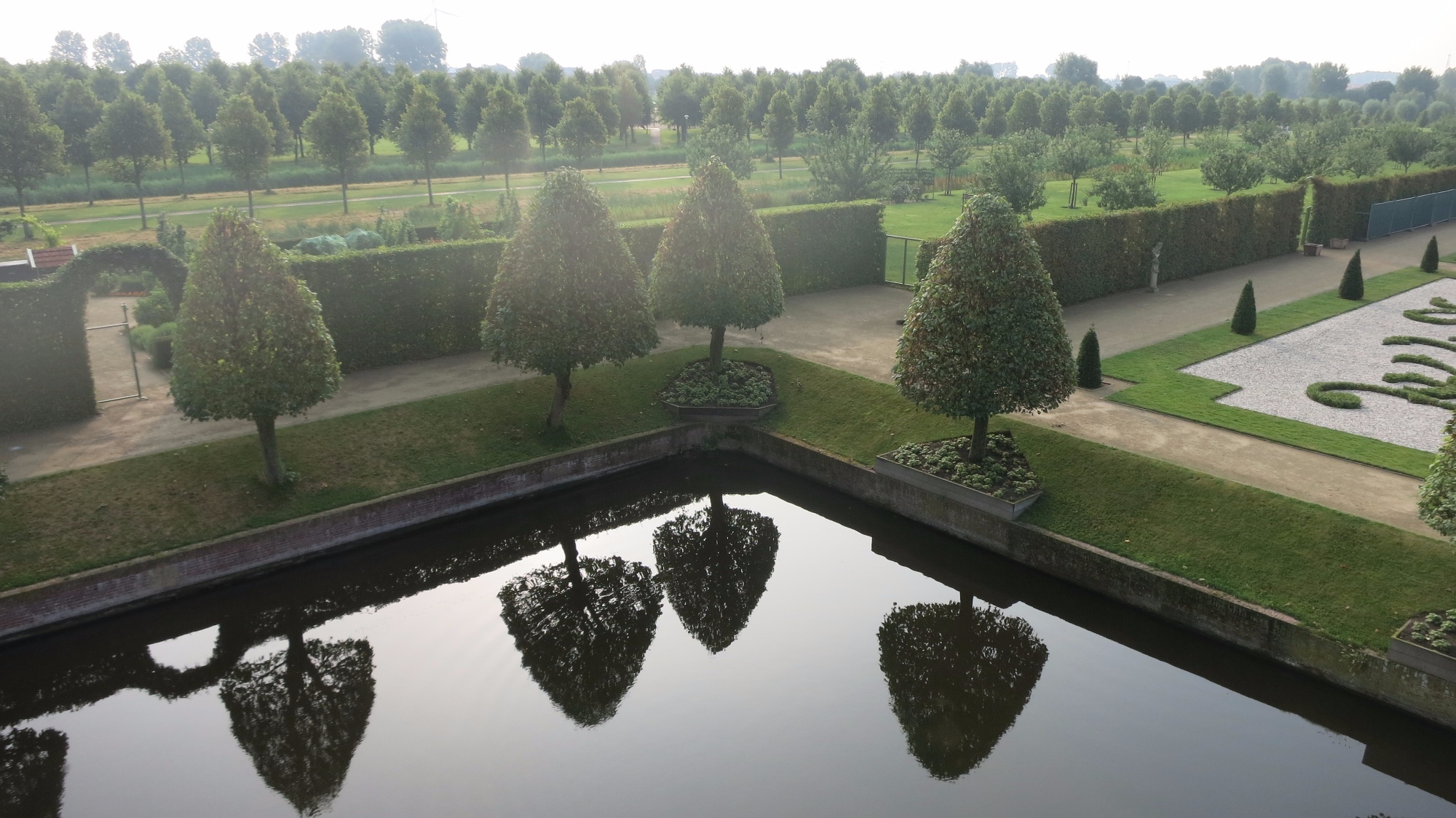 Tuesday found us at the wonderful Zaanse Schans, an open air museum of Dutch culture. Pupils saw clogs being made, explored full size working windmills and sampled many a cheese. There were traditional Dutch houses and shops full of all sorts of interesting artefacts and manufacturing processes from a bygone era. The sun shone, the students found it very pleasant and we all learnt a great deal. 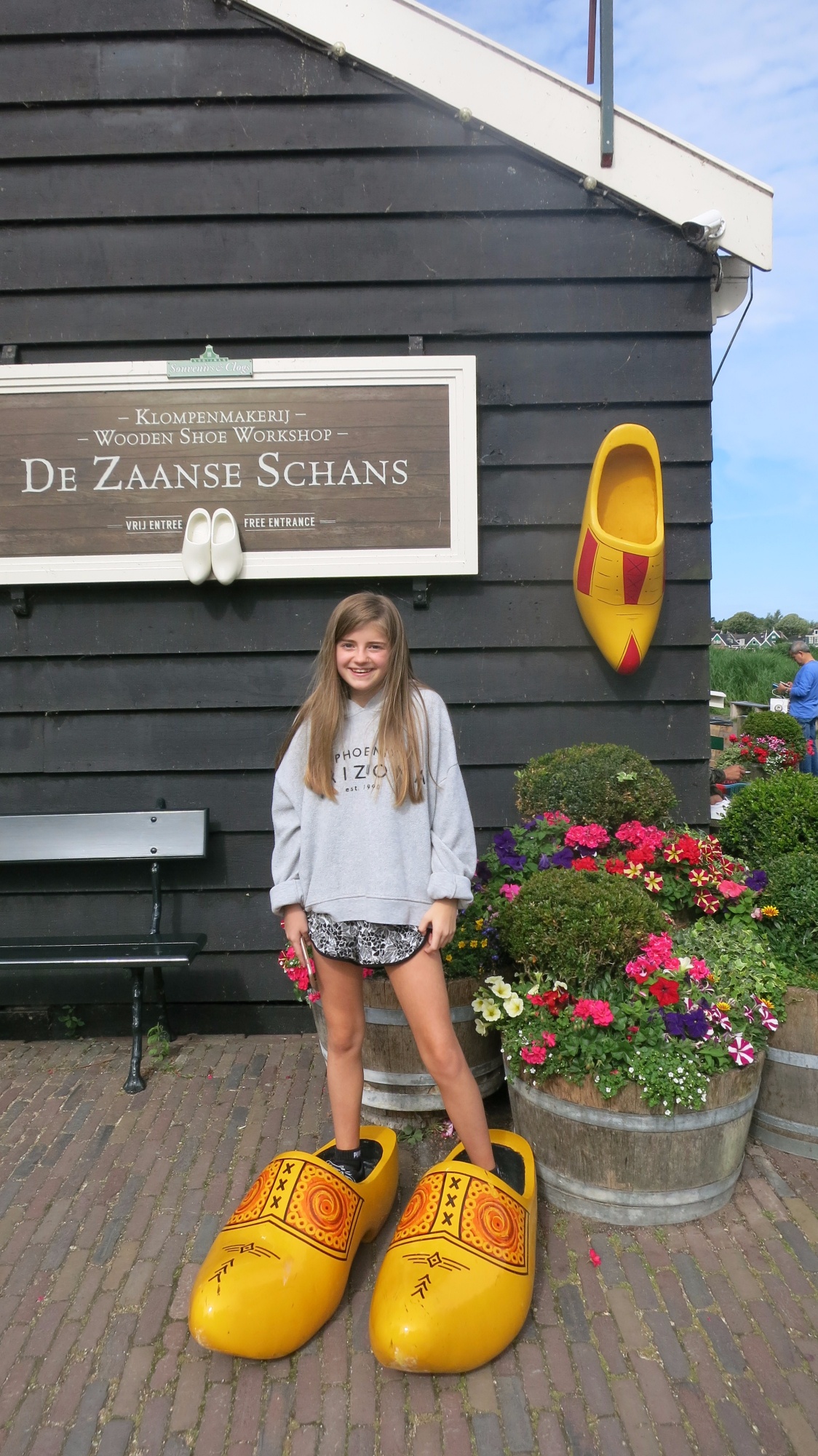 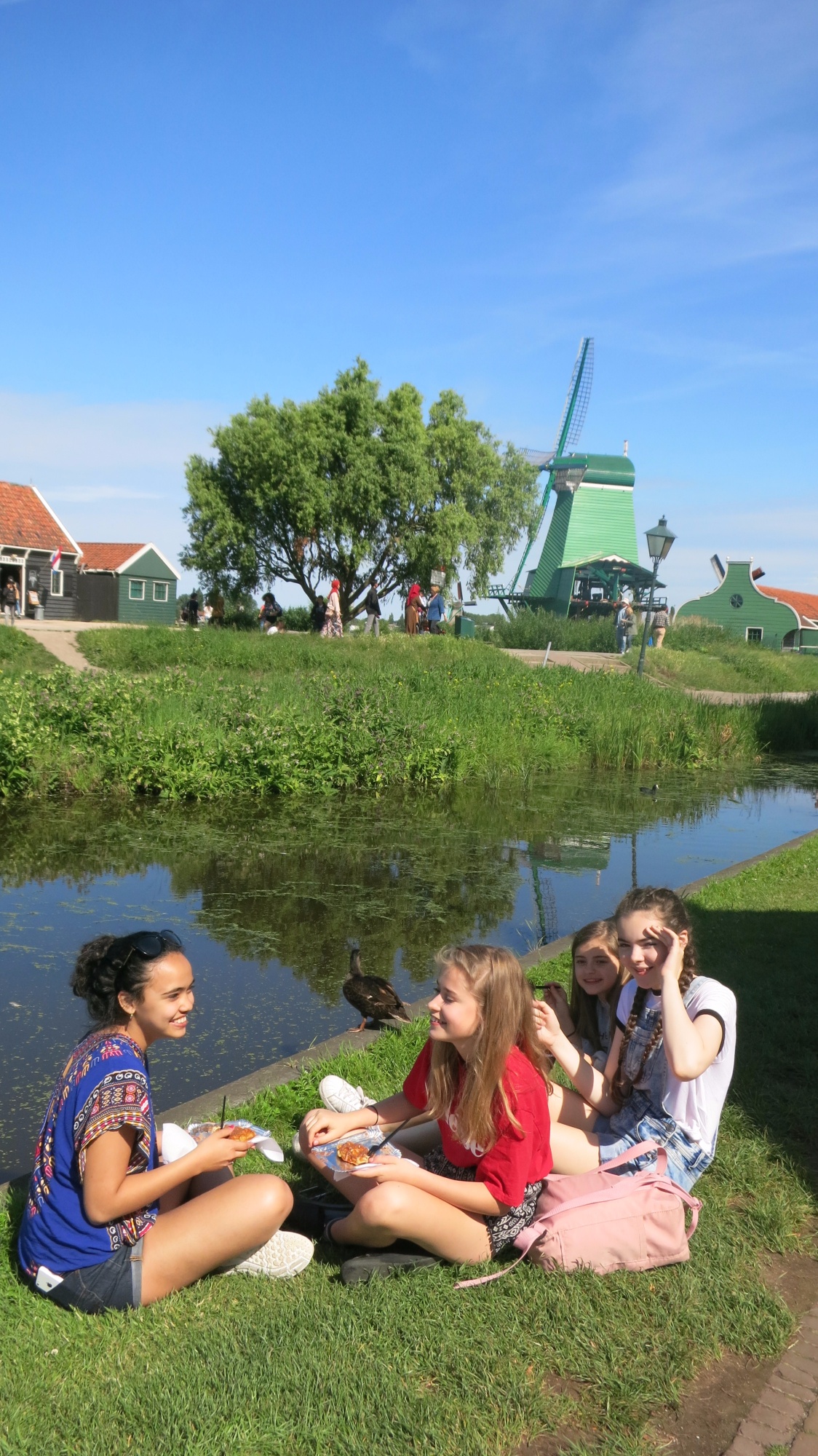 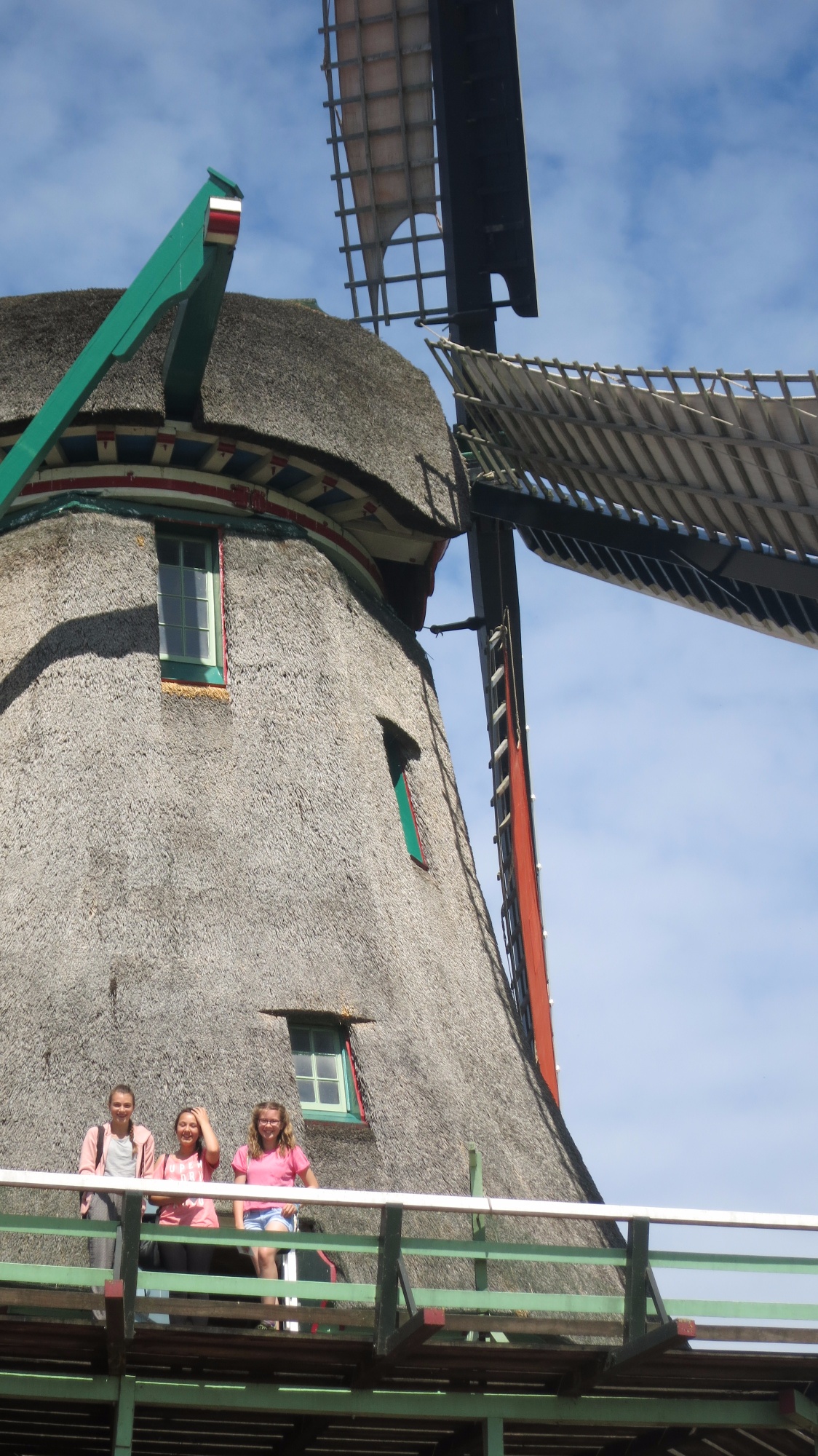 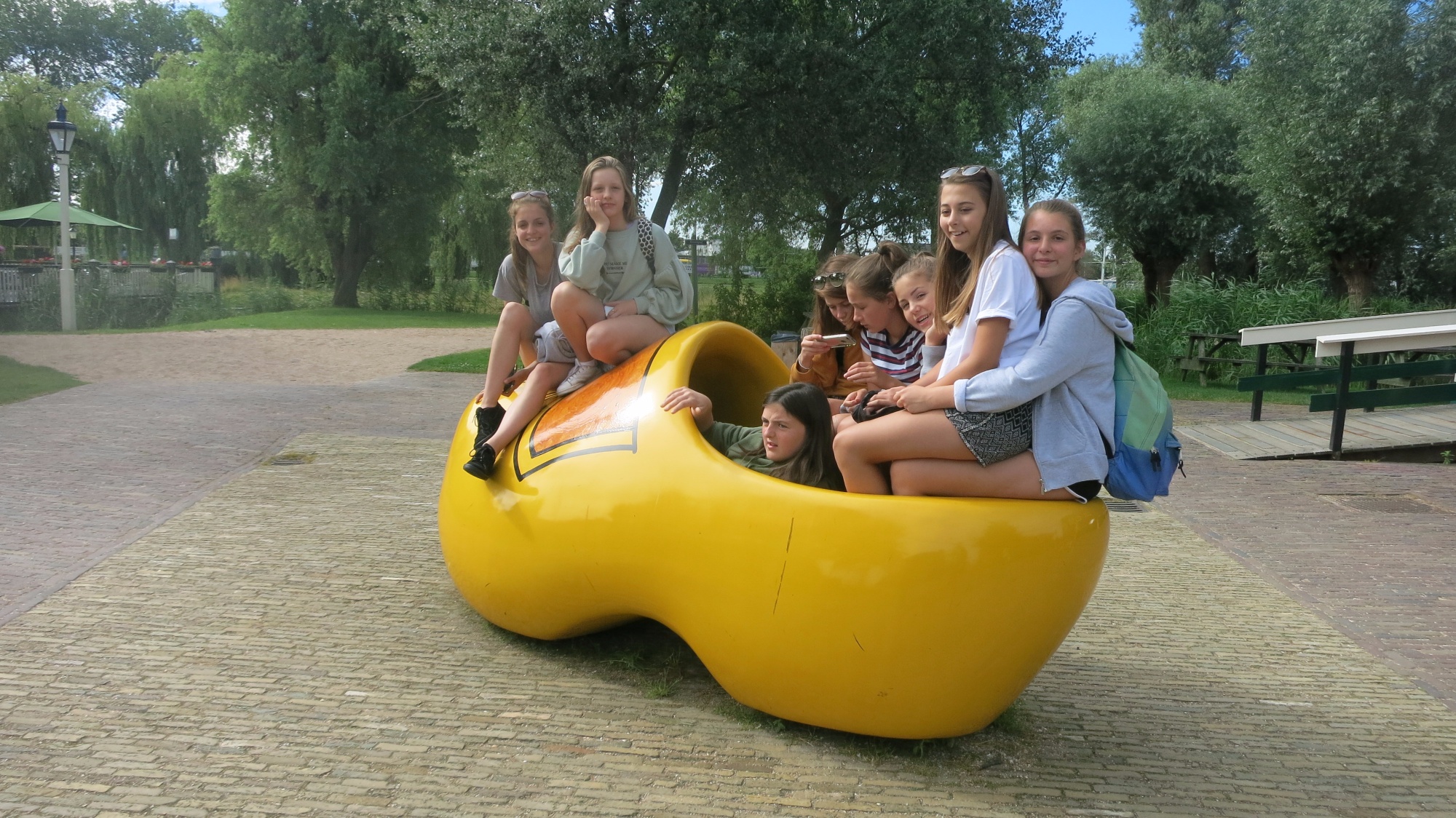 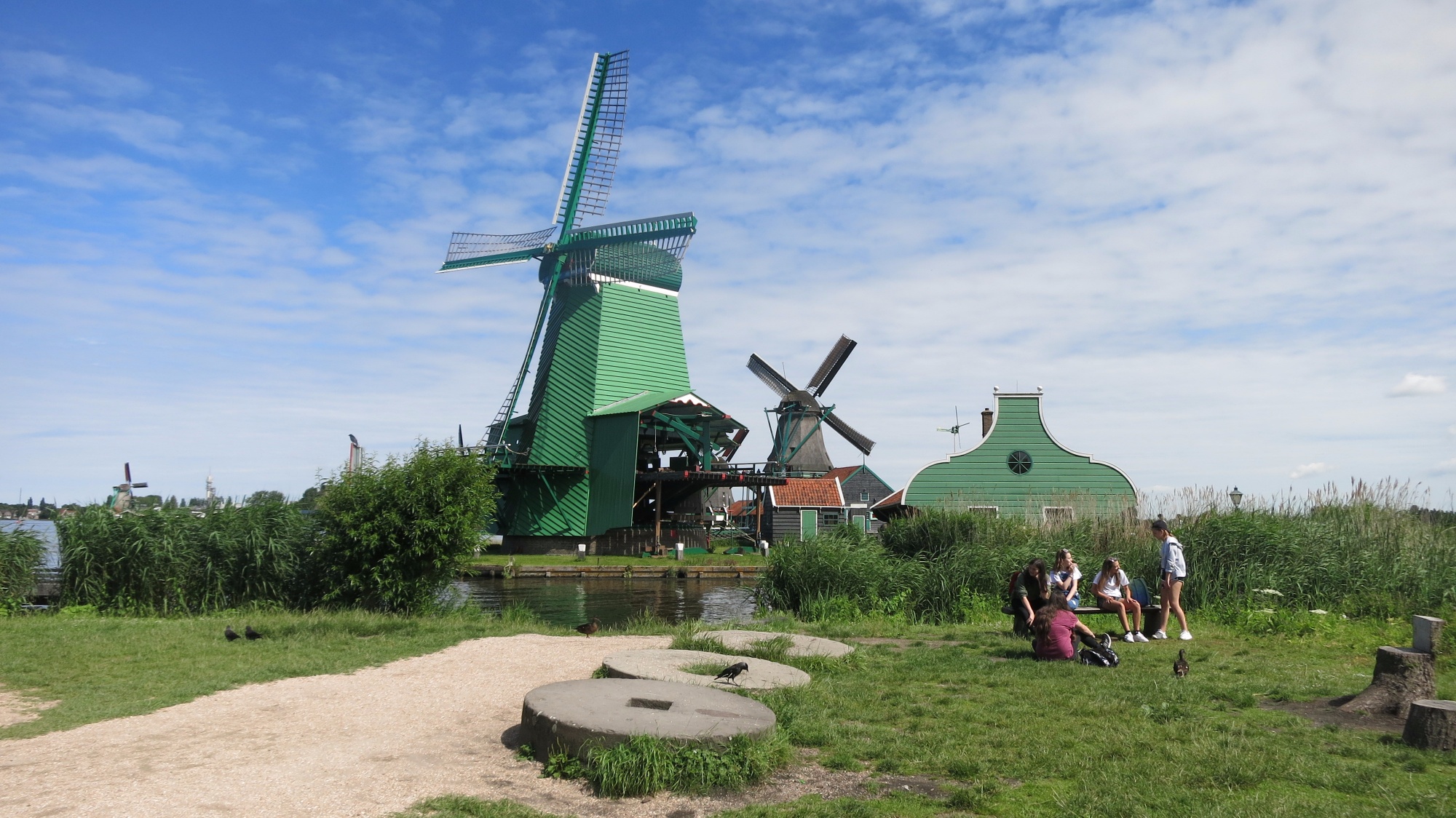 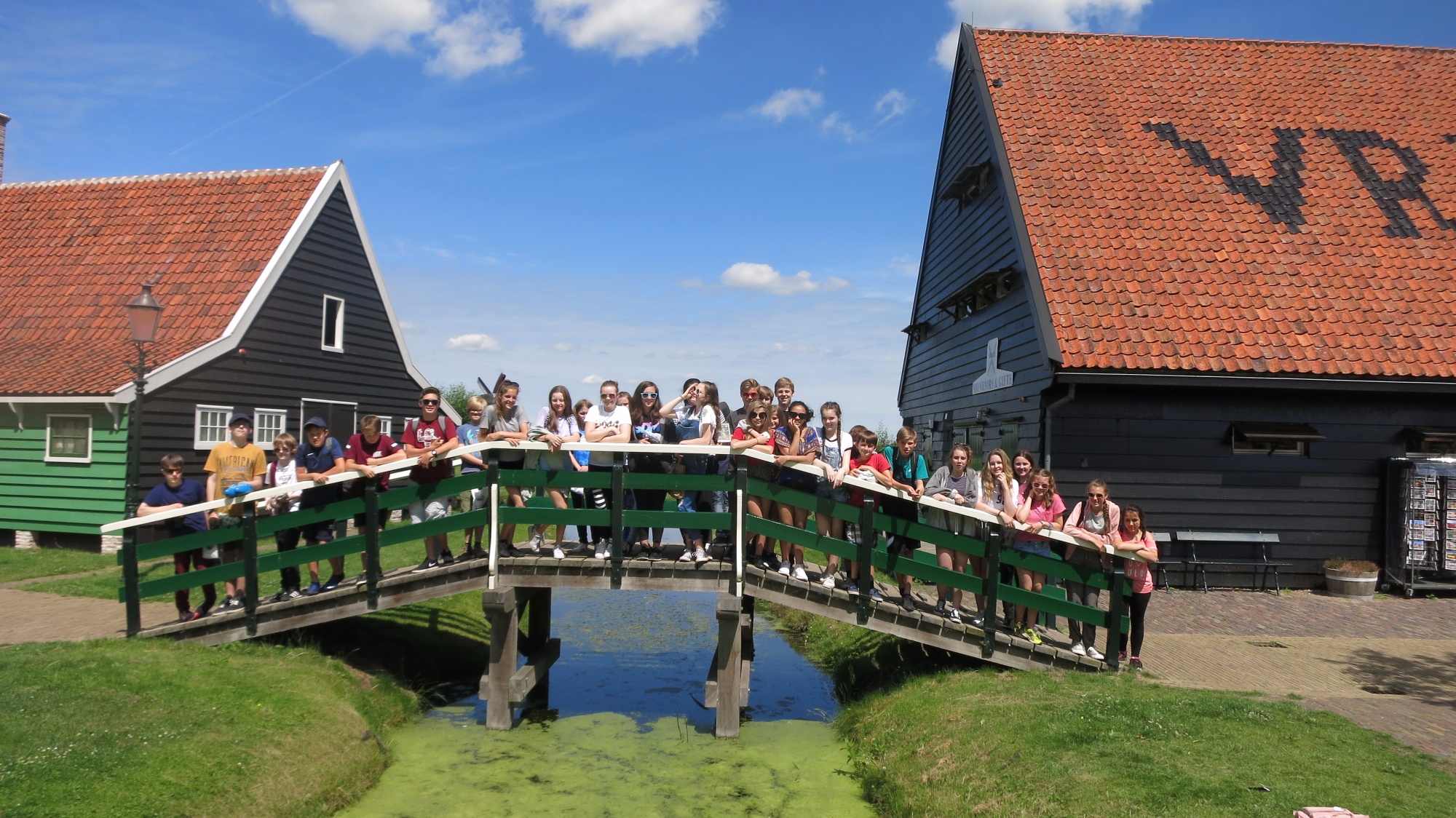 From there we set off to the Tiki Pool water slide experience at Duinrell Theme park. It is not dissimilar to Oasis in Swindon apart from it is bigger, better, newer and brighter with more varied slides and pools. We all had a marvellous time as you might expect!

In the evenings we ate heartily from the delicious all-you-can-eat buffet which was our regular evening meal and spent our hours before bed in a nearby park, playing rounders, football and relaxing as the sun set.

Wednesday was a real tour de force of culture and history. We began our day gliding, in a glass roofed boat, through the canals of Amsterdam whilst our audio guide pointed out places of historical and architectural interest. Pupils were particularly taken by the narrow merchant houses with their unusual roof types and characterful lean, as well as the house boats which became popular in the 1970’s due to a lack of space to build. 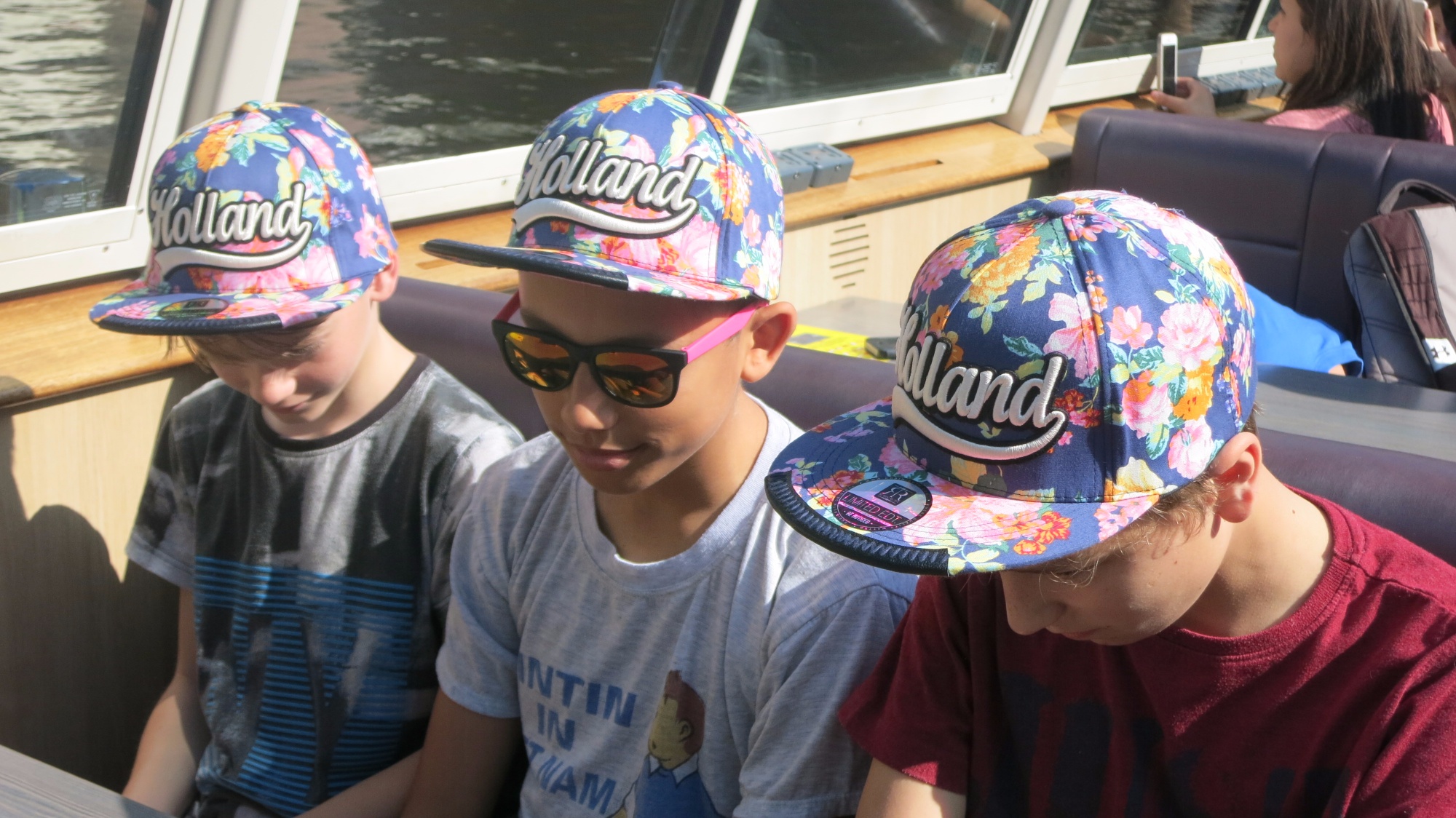 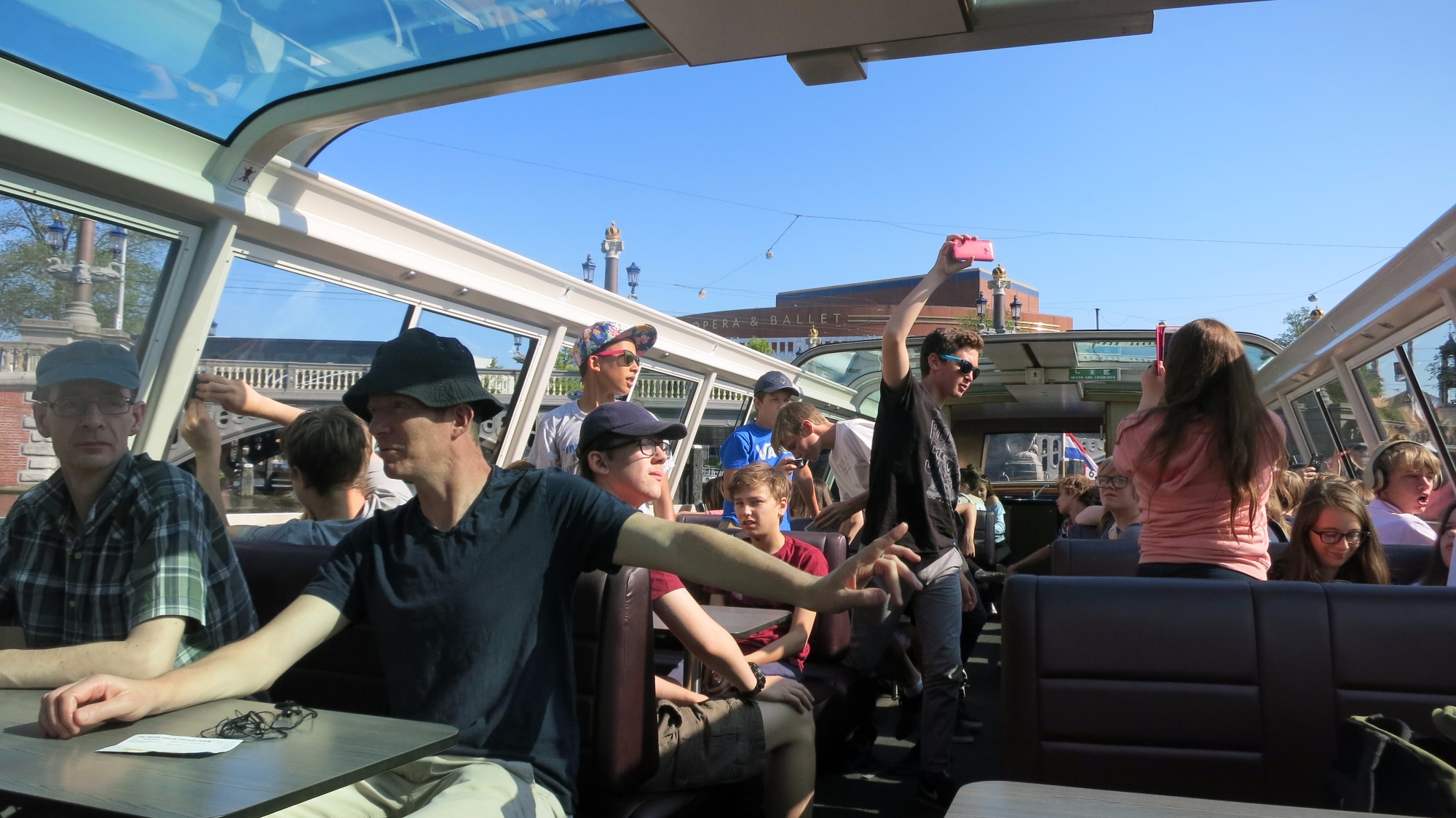 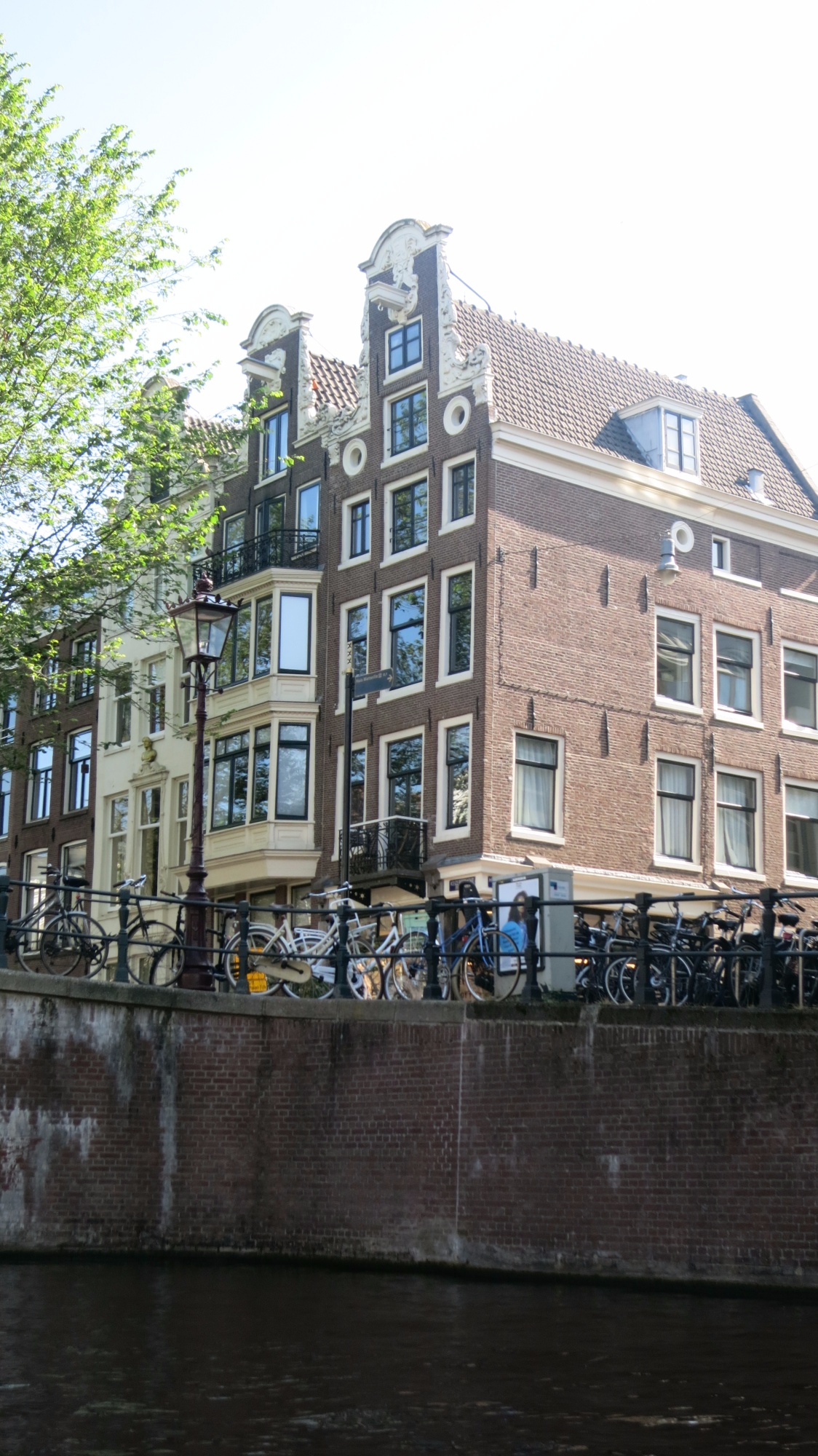 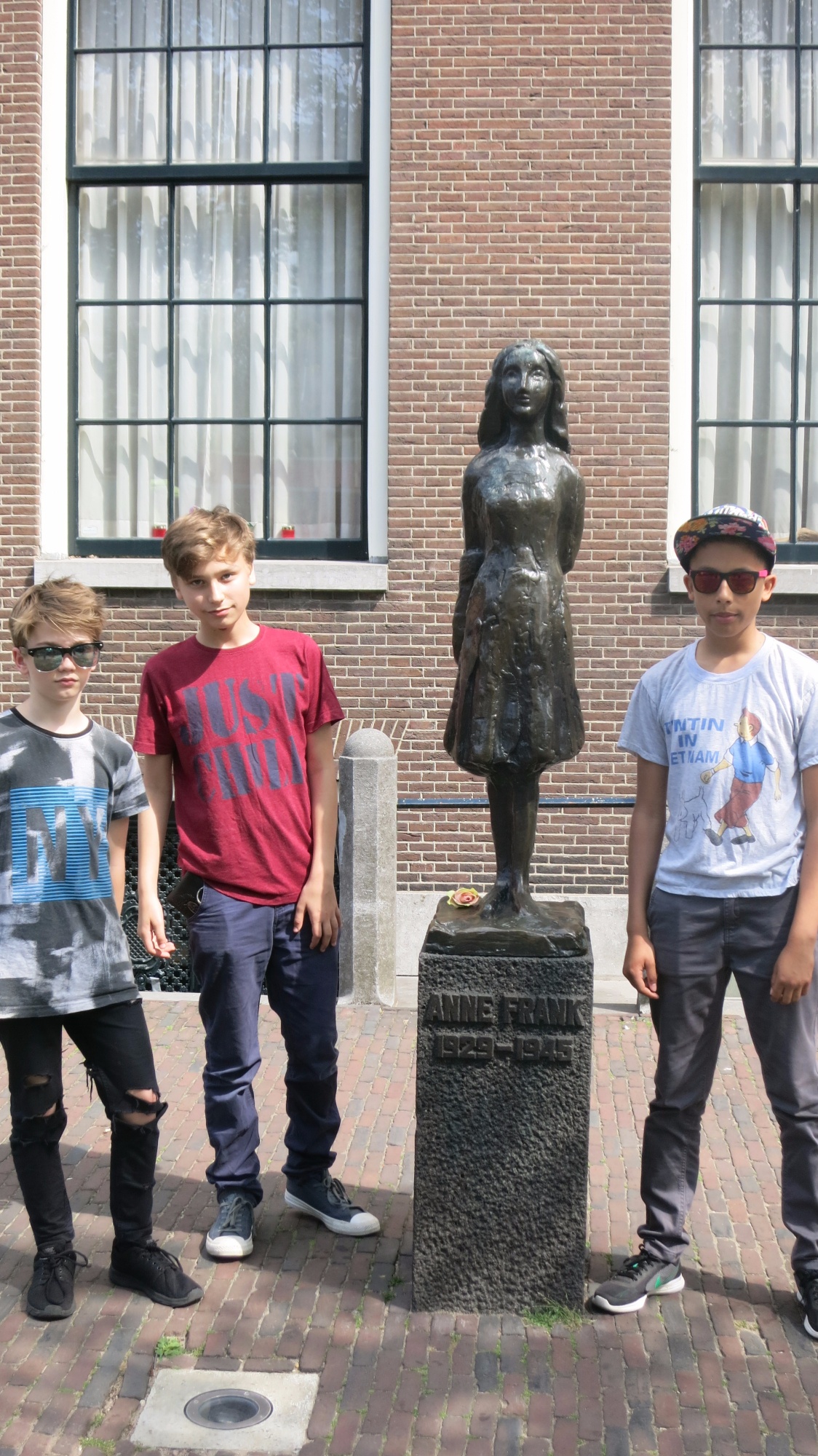 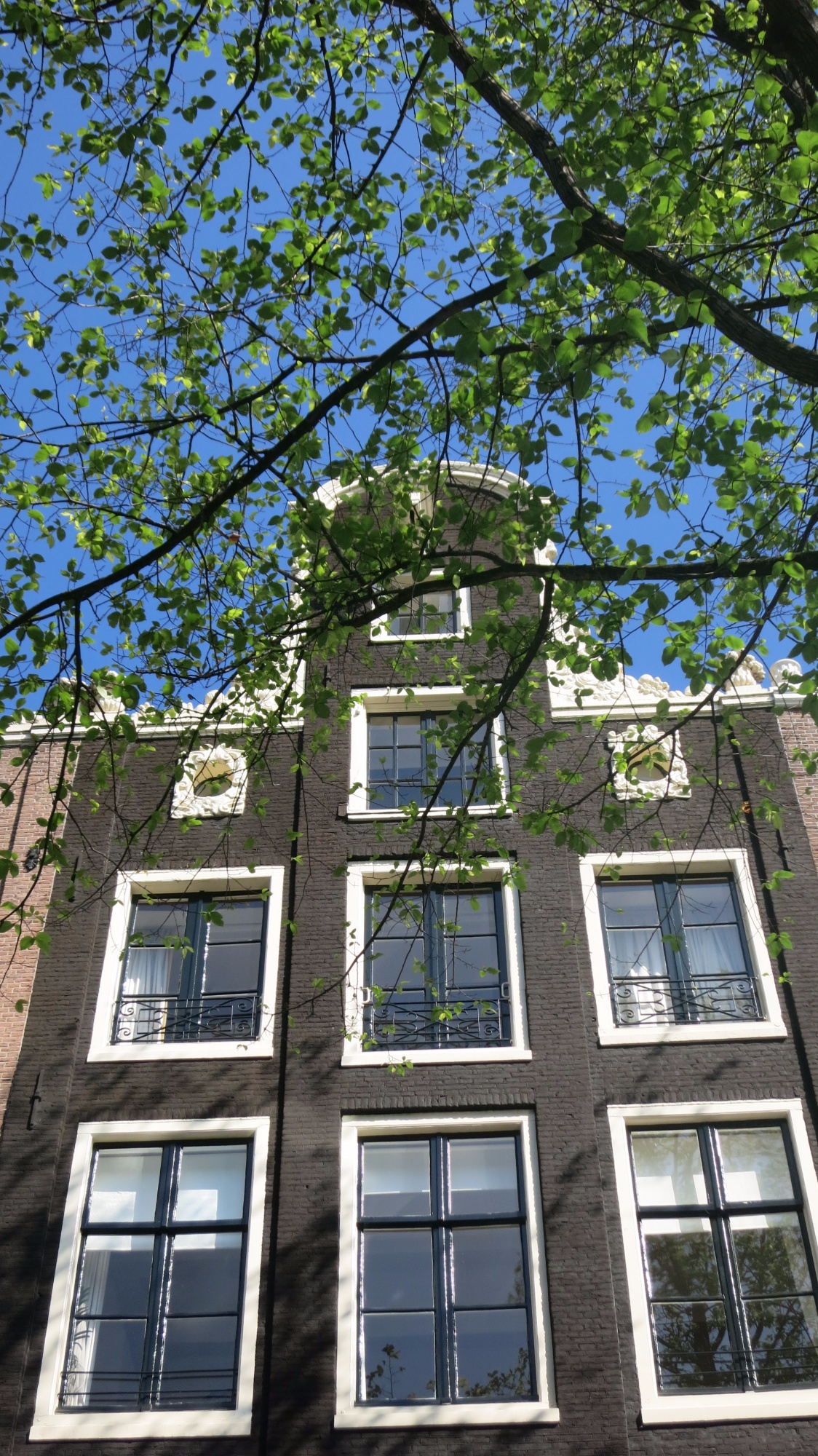 From there we walked, past many an intriguing shop and café, to the Anne Frank House, one of the highlights of the trip. Pupils were immersed in the story of 13 year old Anne and her family as they tried in vain to escape persecution by the Nazis, hiding for two years in a secret annexe behind a bookcase. Many of our pupils had read Anne’s diary (The Diary of a Young Girl) prior to the trip and most of the others were aware of its existence through the book (or film) A Fault in our Stars. I was incredibly impressed by their mature approach to the whole experience. They emerged from the museum with a much richer sense of the reality of the Nazi occupation and the effect it had had on the people unfortunate enough to be caught in it’s grip. All of our pupils were affected; some were moved to tears.

We continued, on foot once again, to the Van Gogh Museum. Recently refurbished and re-hung, the exhibition tells the fascinating story of Holland’s most famous son as he struggled in the most determined way to be the best painter he could be. Our pupils loved taking a close up look at some of the world’s most famous and valuable artworks. They also loved the gift shop!

Then it was back to the castle for our evening meal during which rain began to fall heavily, splashing into our moat. Instead of the park, Ms Cato, a teacher who never falls short of being fully prepared for every eventuality, had us all playing the largest, loudest and most competitive game of Pictionary that Northern Europe has ever known.

Thursday was Theme Park Day. Efteling theme park is one of the oldest and largest of its kind in Europe. Walt Disney himself visited the park as part of his research before designing the first Disneyland and he was clearly inspired by the clever use of animatronics, incredible attention to detail and the hair raising rides.  Once again the weather was kind to us and both pupils and staff had a brilliant time.

"It has been an amazing week and I’ve enjoyed every moment! The Anne Frank house and the water park were my favourite visits. I have made loads of new friends and got closer with others." Mia

"I really enjoyed Holland it was so much fun. Overall, the water park and the theme park were my favourites." Dan

On Friday, our week complete, we journeyed home. After stopping briefly at the Cite Europe Hyper Market, we boarded the ferry at Calais and ploughed back to Blighty upon a glittering sea.

"I have loved this experience and have made some amazing friends. Thank you for an amazing week, it couldn’t have been better." Hannah

Many thanks to Ms Cato, Miss Alvey, Dr Tipping and Mr Van Wyk who were all outstanding practitioners and a massive thank you, also, to all the pupils who accompanied us, who really were a credit to the school.