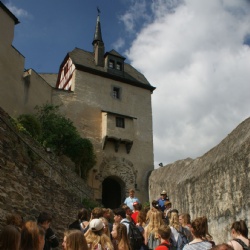 42 pupils, 5 staff and 1 coach driver met just after midnight on Monday 3 July for 5 very full days of Enrichment Week adventure in the Rhineland, Germany.  Five boat journeys, approximately 100,000 steps per person, two chair lifts and many theme park rides later, we had had a ball!

The landscape in the Rhine (Rhein) region where we were exploring was beautiful. The Rhine is 1,233km in length and yet is only the 12th longest river in Europe (the Volga takes top slot, 2nd is the Danube, with the Ural third). It was great to cruise along part of the Rhine and to see the sites in the region. The area we visited (between Koblenz and Bingen) is a UNESCO World Heritage Site for a unique combination of geological, historical, cultural and industrial reasons. 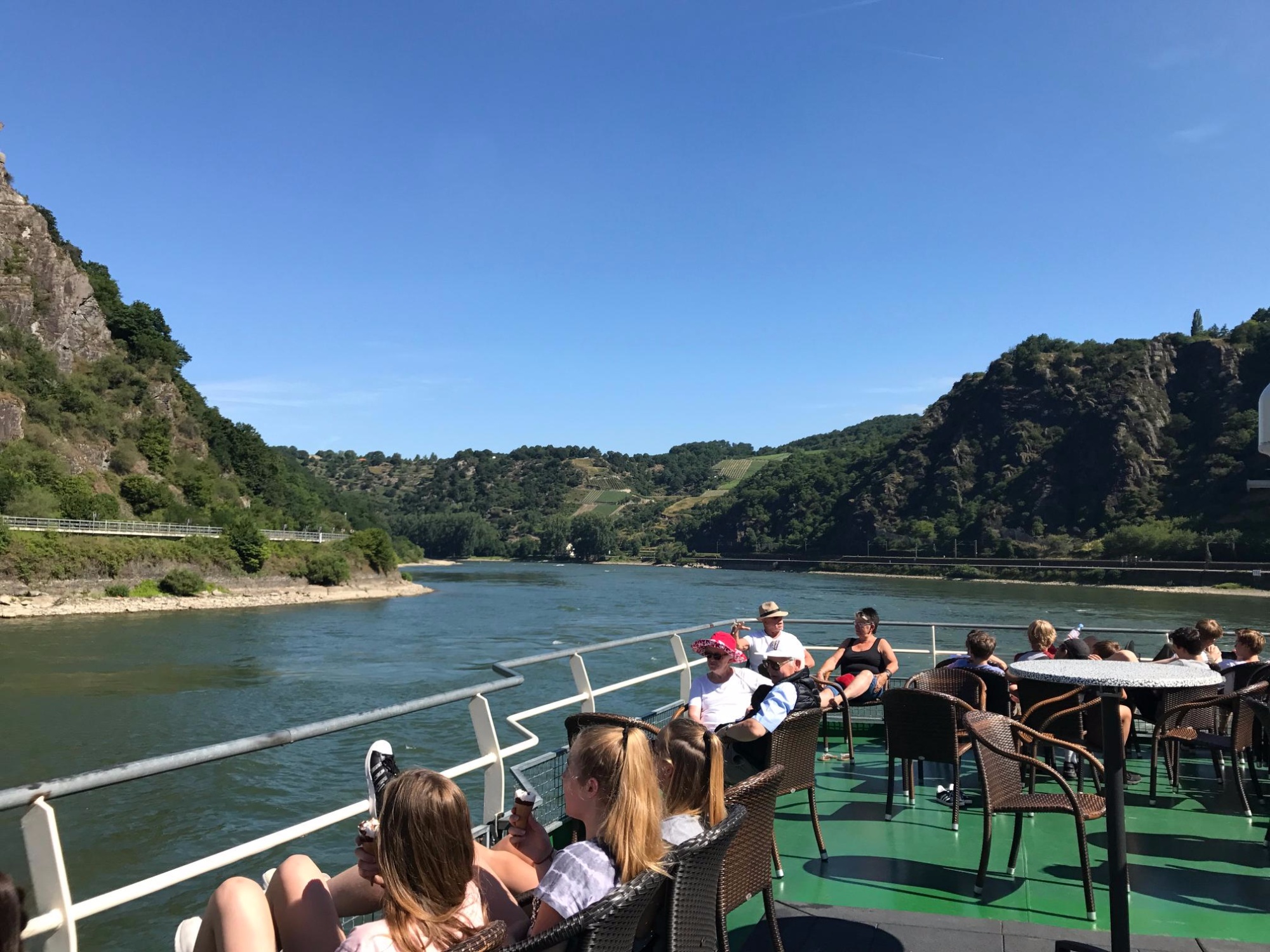 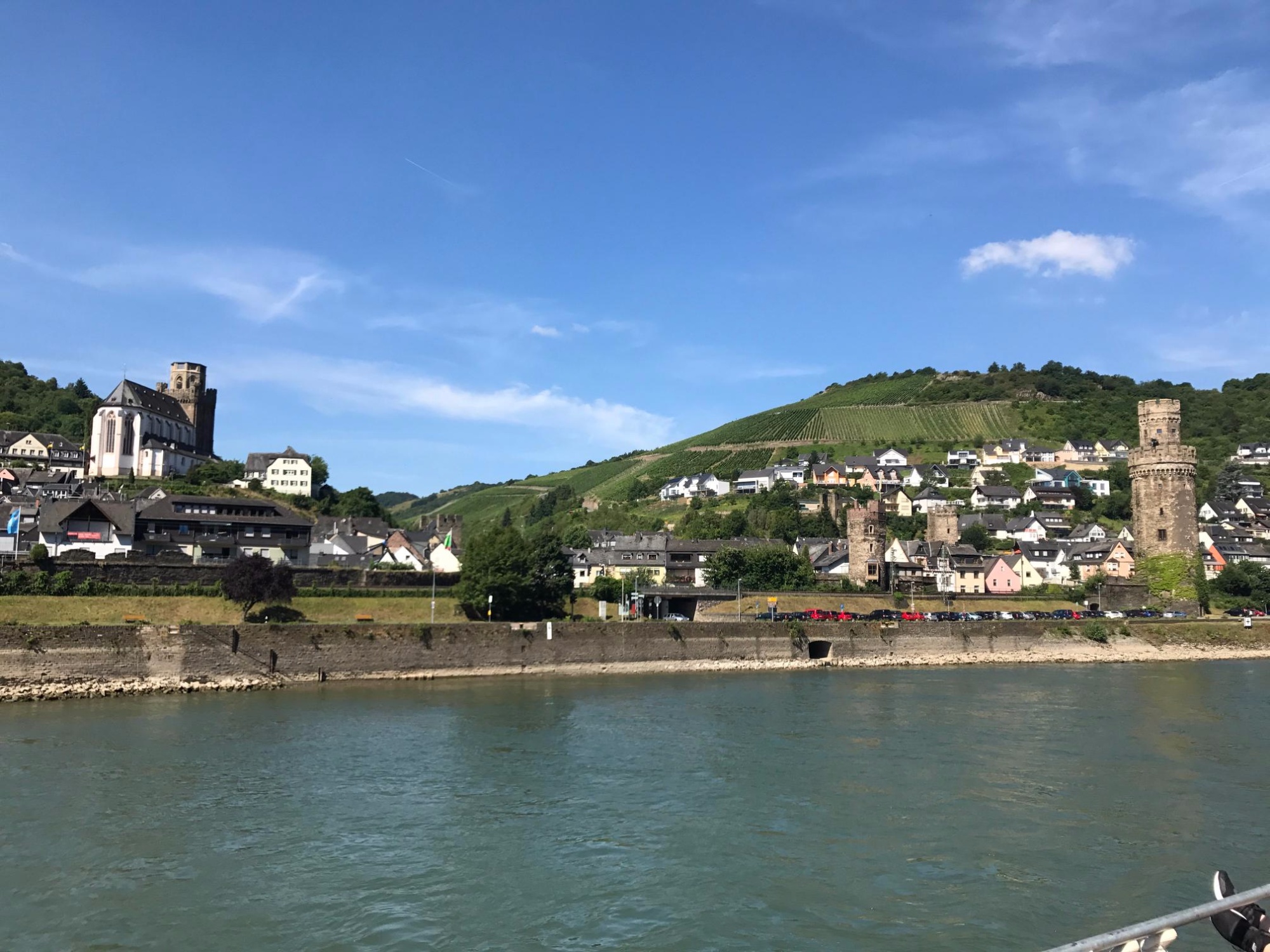 "I liked going on the river cruise as it was nice seeing the fantastic views of the river and riverside."
Tilly (new Year 9) 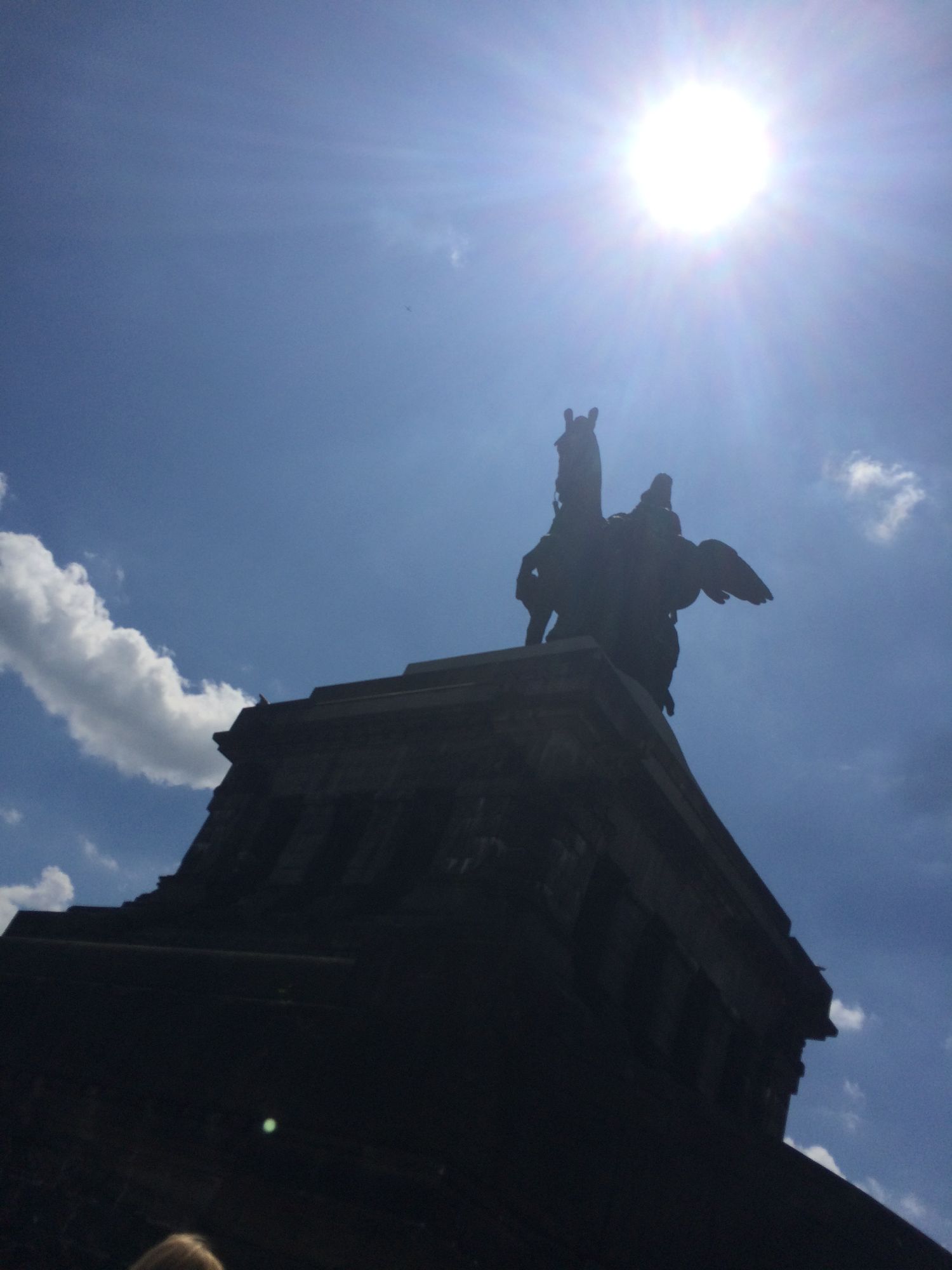 We had the opportunity to visit the point where the river Rhine meets the river Moselle (Mosel): Deutches Eck is the headland in the city of Koblenz where the confluence occurs. It is here that there is an enormous monument (Denkmal) commemorating the unification of Germany, originally built in 1897. Our pupils had the opportunity to climb the monument, providing a brilliant view.

Visiting the 12th Century Marksburg Castle was great fun and informative. It was clear why they had put the castle there: you could see for miles! It is the only medieval castle not to have been destroyed and is now a UNESCO world heritage site.  Pupils learnt about the operation of the castle at the time, including weaponry, cooking, sleeping and toilet arrangements! 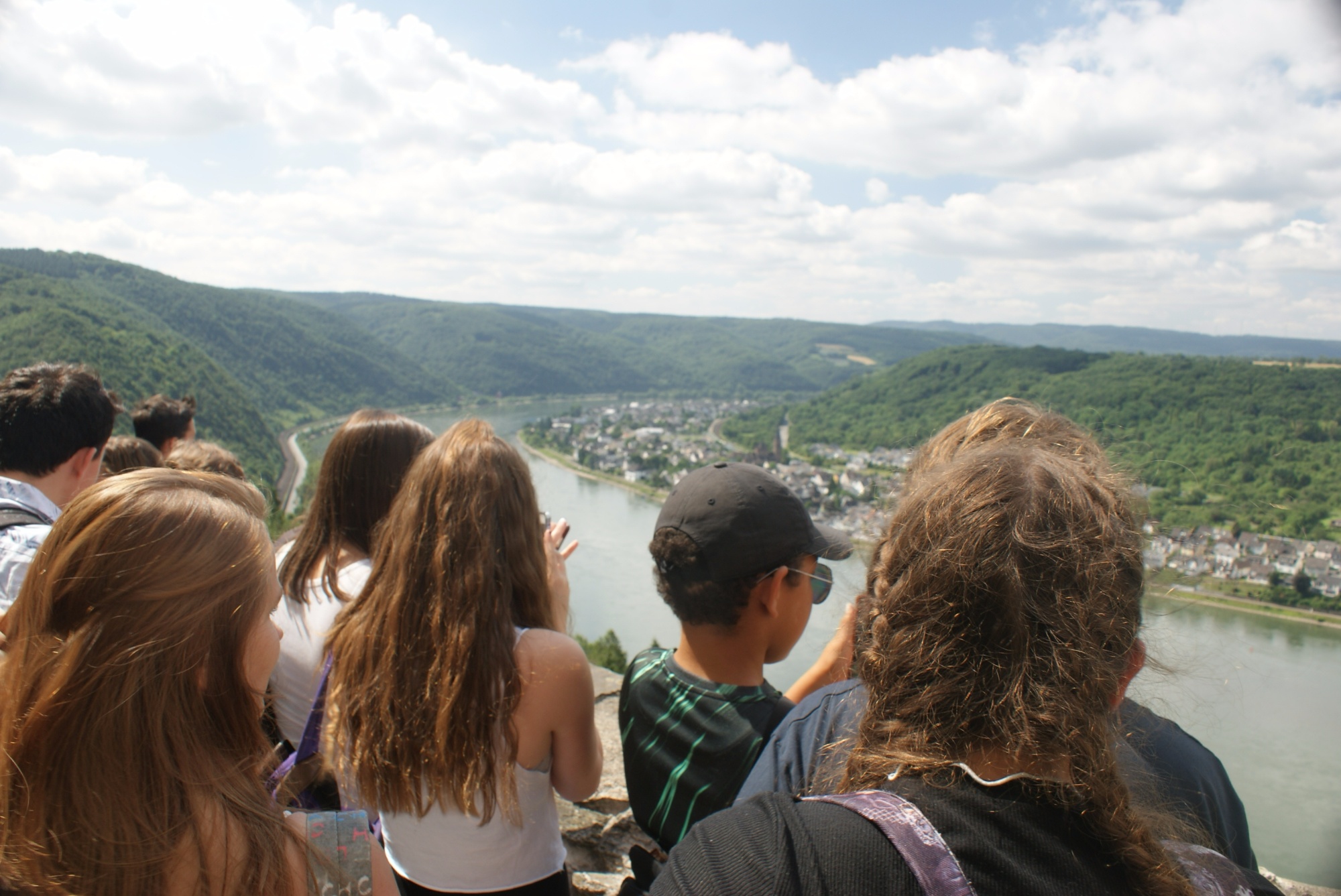 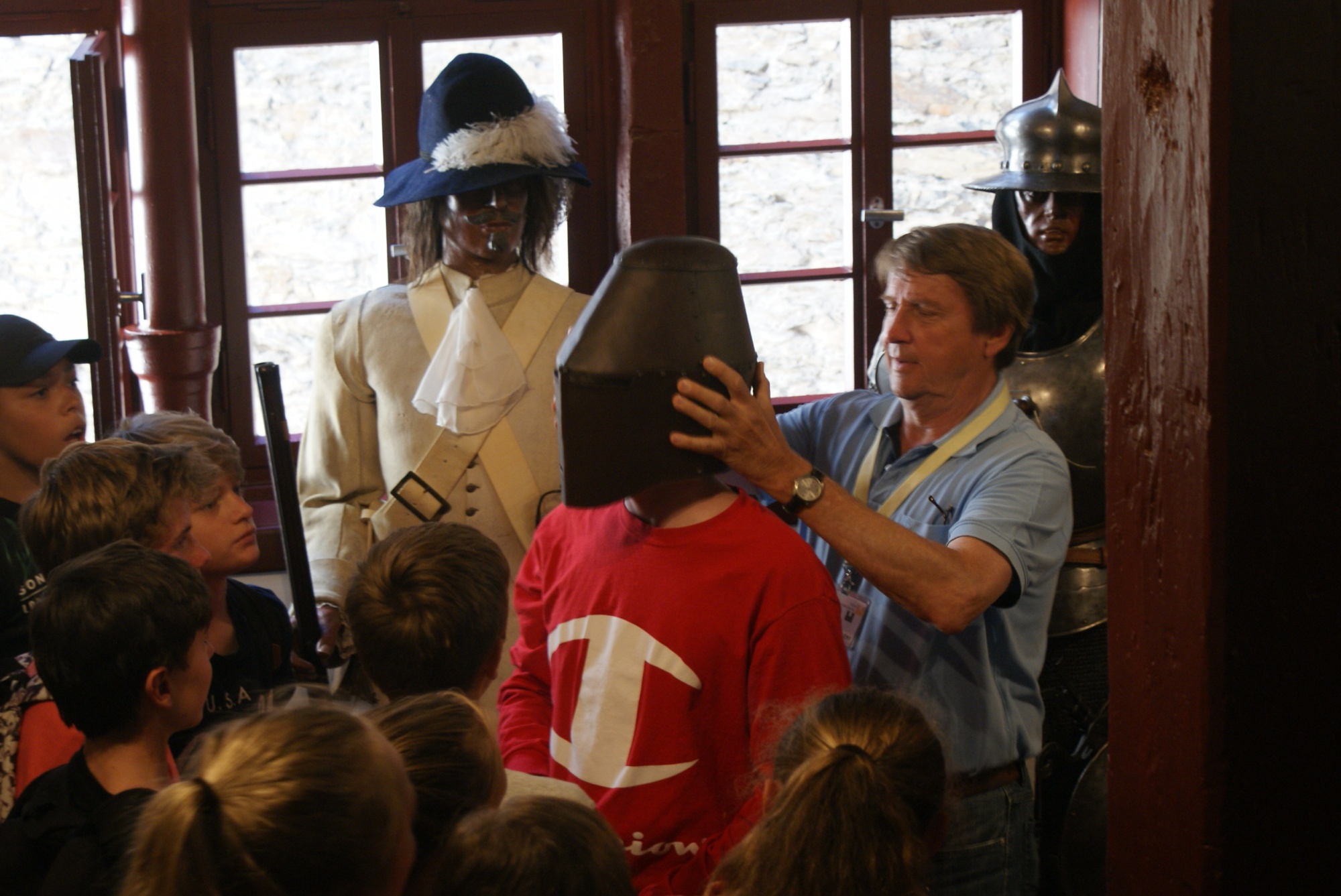 The local towns in this region, such as Boppard and Rüdesheim am Rhein, were excellent to explore and gave the linguists in the group the chance to practise their German. Ordering ice creams became a regular affair. 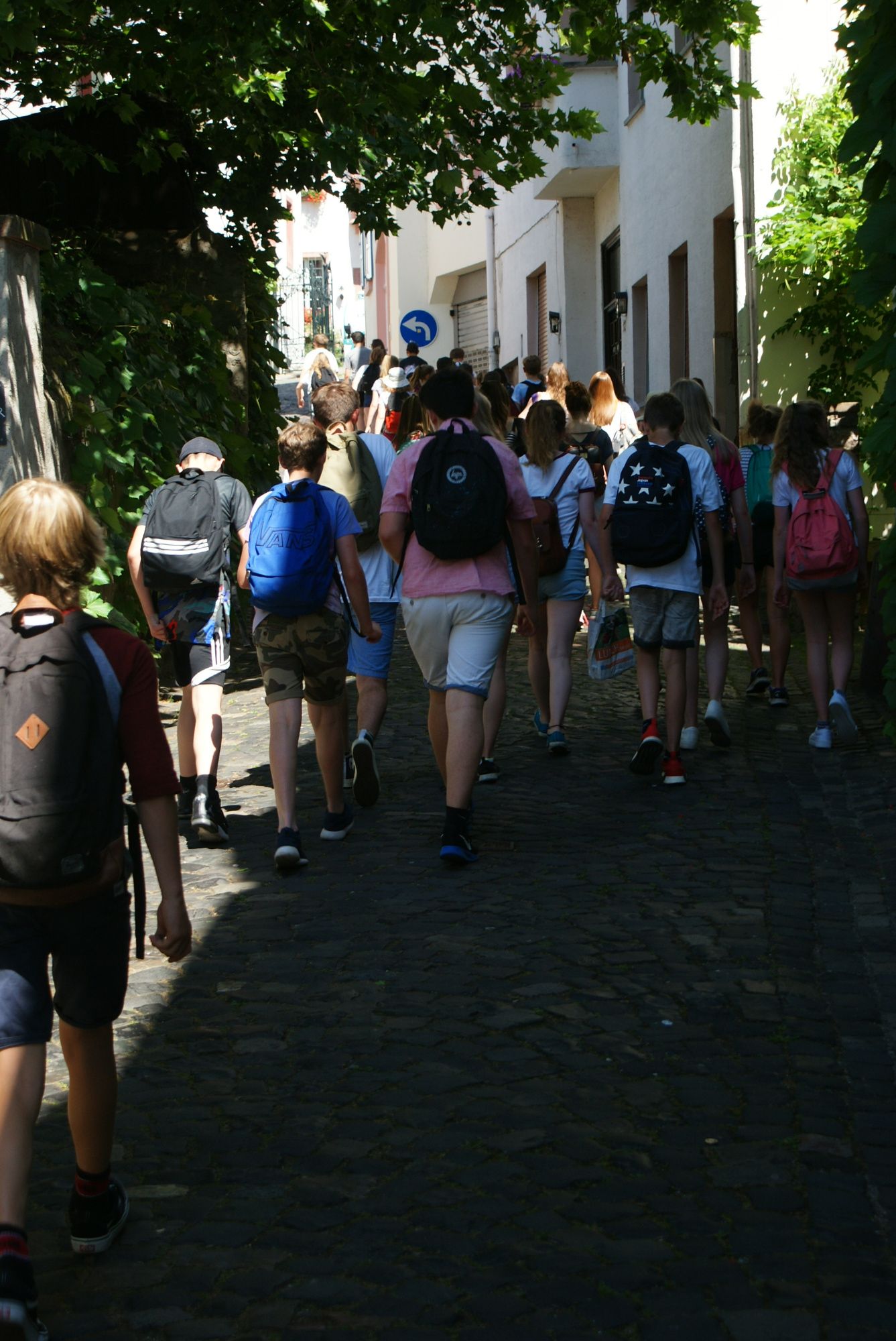 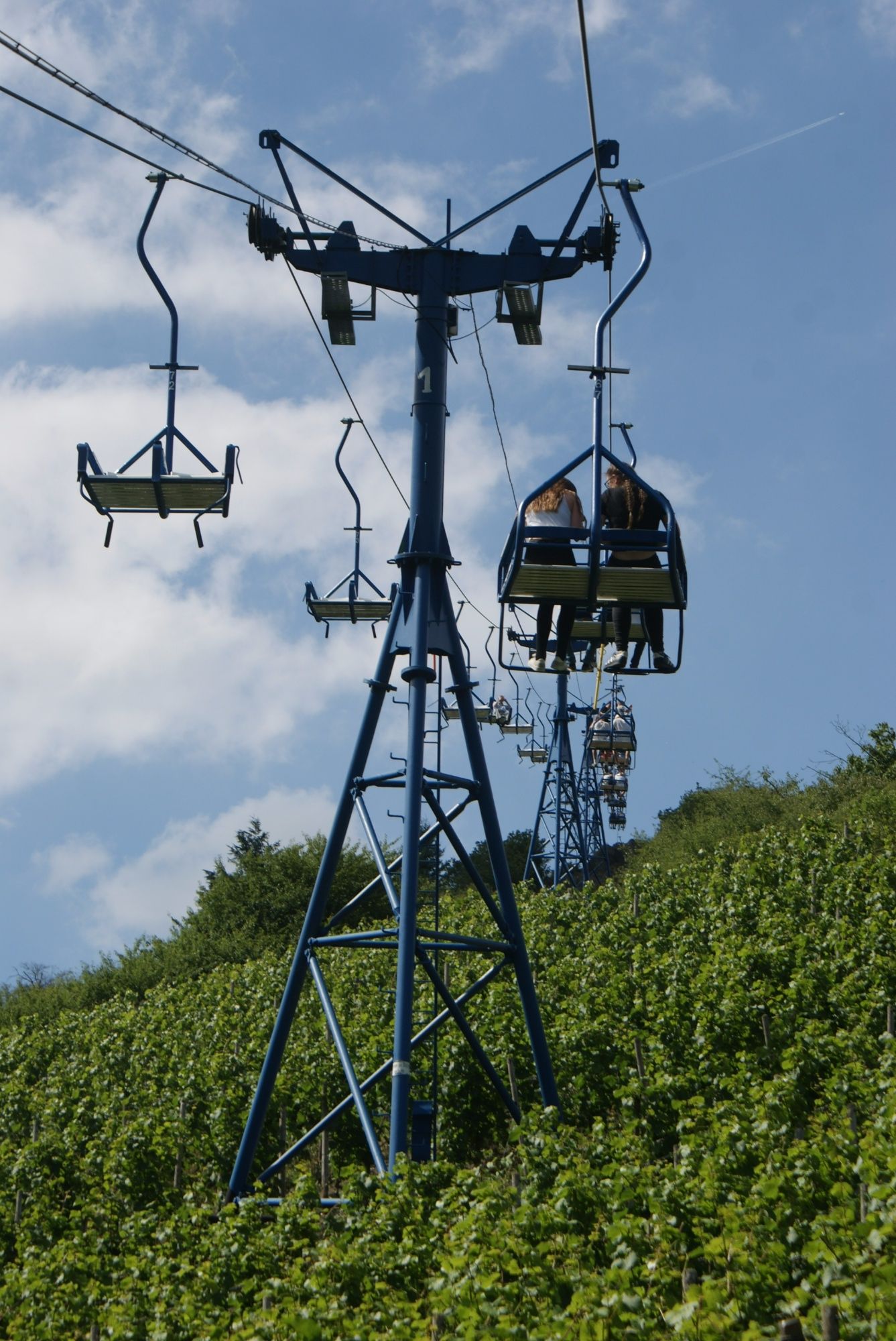 ‘I especially liked the first chairlift in Boppard as it was a beautiful view over the area and was also a very relaxing way to travel!’ Joanna (new Year 9)

Oliver (new Year 9) said: ‘I enjoyed going into the German shops, seeing the different things for sale and having the chance to explore an area.’

Pupils and staff had an insight into another aspect of German heritage when they visited Siegfried's Mechanisches Musikkabinett, a mechanical music cabinet box museum - das erstes deutsches Museum für mechanische Musikinstrumente. It finally dawned on some pupils just how far music reproduction has come in 100 years, from pre-gramophone, where the only way to make it play more quietly was literally to ‘put a sock in it’, through to MP3s listened to in a multitude of ways today. 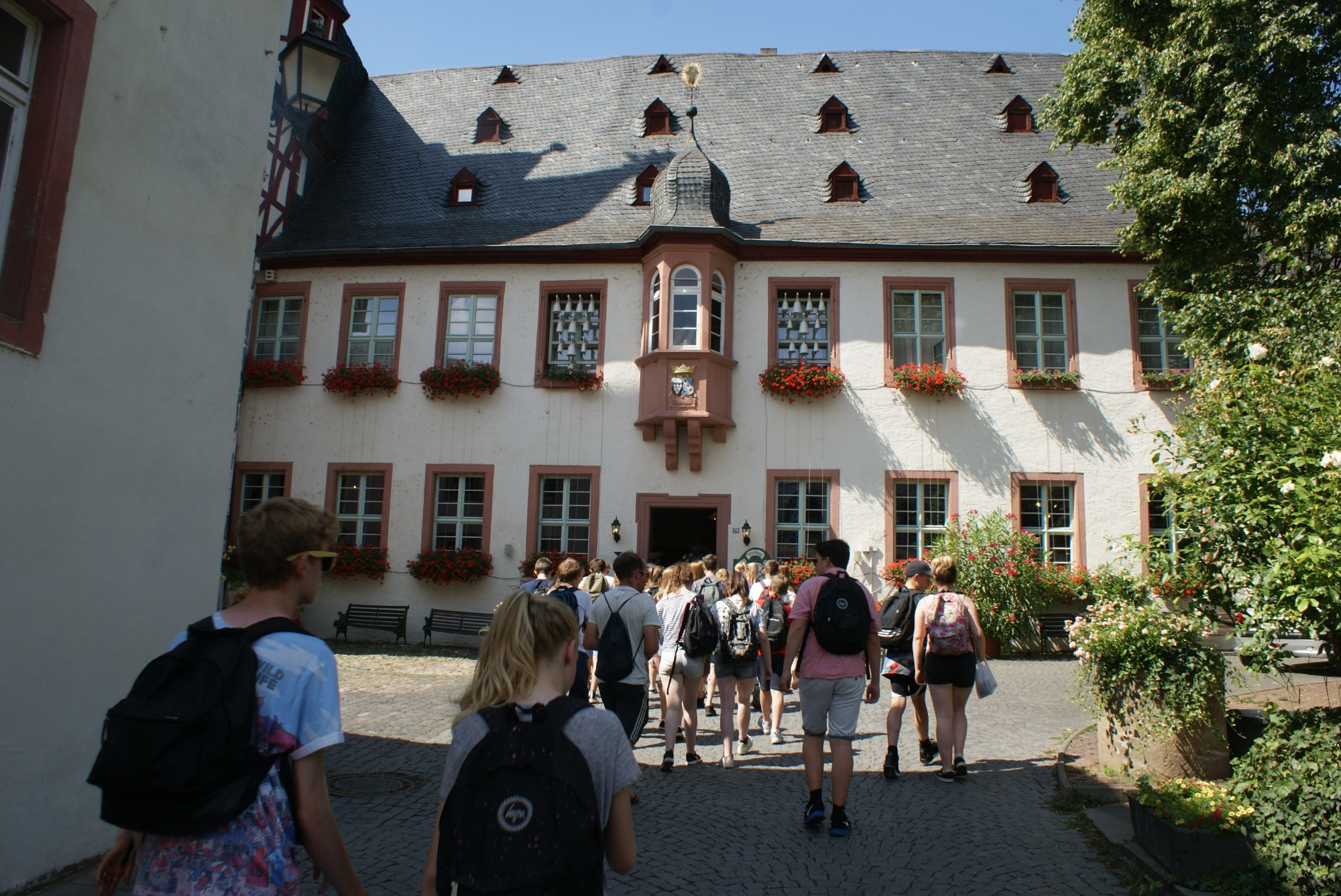 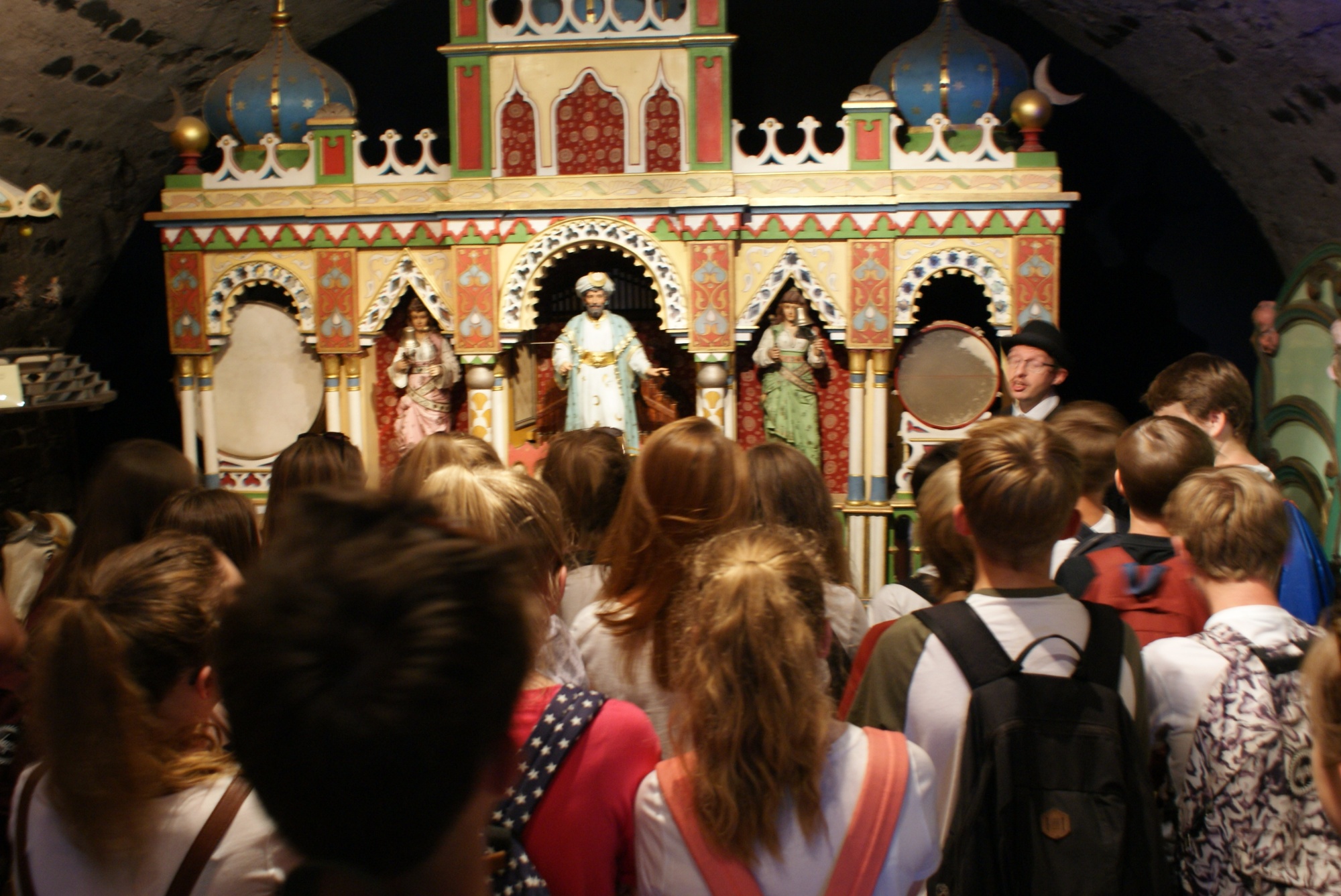 Our last full day was spent at the Phantasialand theme park where pupils travelled through various regions and, overcoming some apprehensions and fears, rode on some of the amazing rides.

‘I found Germany so fun as it was my first time abroad. My experience was great! The chairlifts were my favourite part of the trip as well as the theme park - it was brilliant.’  ​Jake (new Year 10)

Nicky Pennington, Head of Maths: "It was great to spend some time with our children outside the classroom exploring German culture. The pupils were a credit to our school and themselves."