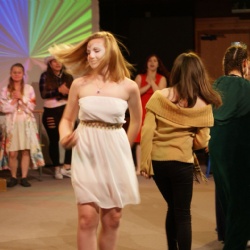 This year 28 pupils from across the school took part in our annual Enrichment Week Community Theatre project.

Cirencester Deer Park School pupils were off site and interviewing primary pupils from Powell's and Chesterton Primary Schools on Monday 3 July. Our pupils then had until the end of Thursday 6 July to use the ideas created by the interviews to put together a short performance for the primary school pupils on Friday 7 July.

On Tuesday, Honor Hoskins, from Vamos Theatre and the Everyman Theatre, was with us, running a professional-style workshop in devising and staging from scratch, with ideas to fit a specific audience. She was truely inspirational.

For 2017 the focus was on sports and a range of fiction characters, which resulted in an Alice in Wonderland style adventure where Alice meets a variety of characters taking part in the 'Wonderland Olympics', with sports such as doodling  and sleeping. To get home, Alice had to win the events, but it was only by helping others that she eventually made her way home.

The performance on Friday 7 July, in the large Drama space at Deer Park, was followed by a workshop for the primary pupils, with Deer Park pupils helping the younger ones create drama from the performance they had been watching. We had 90 primary pupils taking part, so it was an energy-filled workshop! One of the primary teachers said "The pupils really enjoyed it and it was very good working with older pupils." 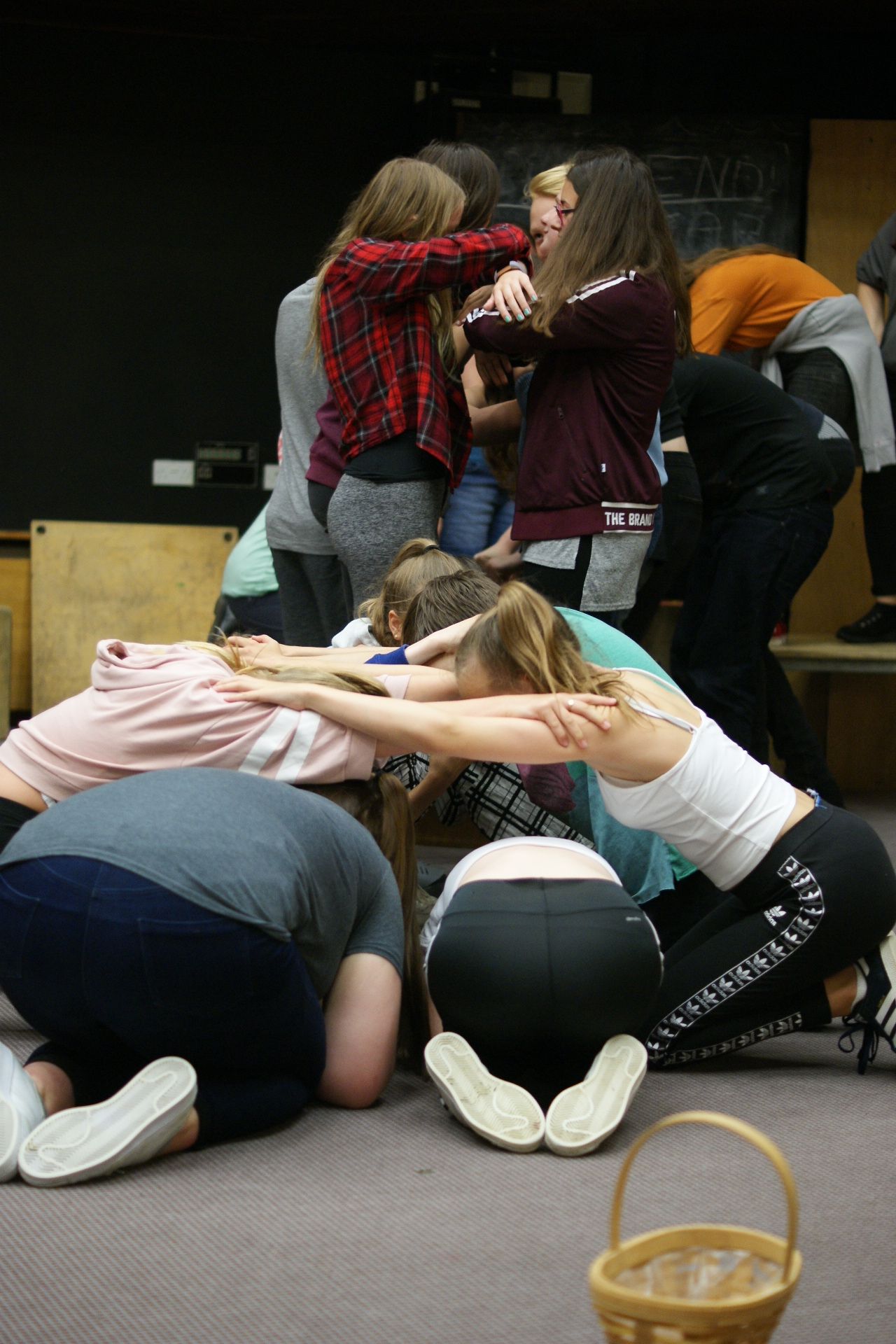 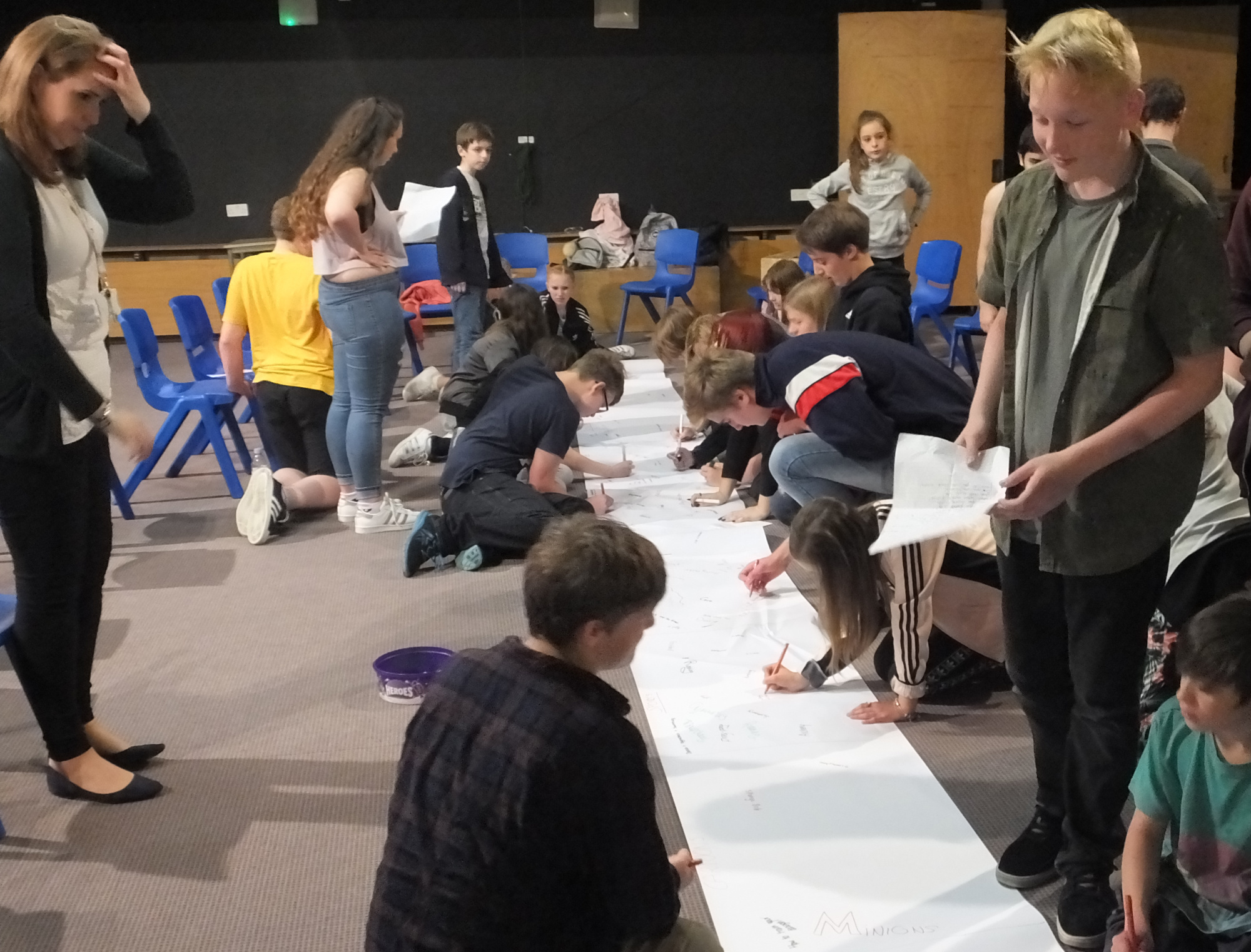 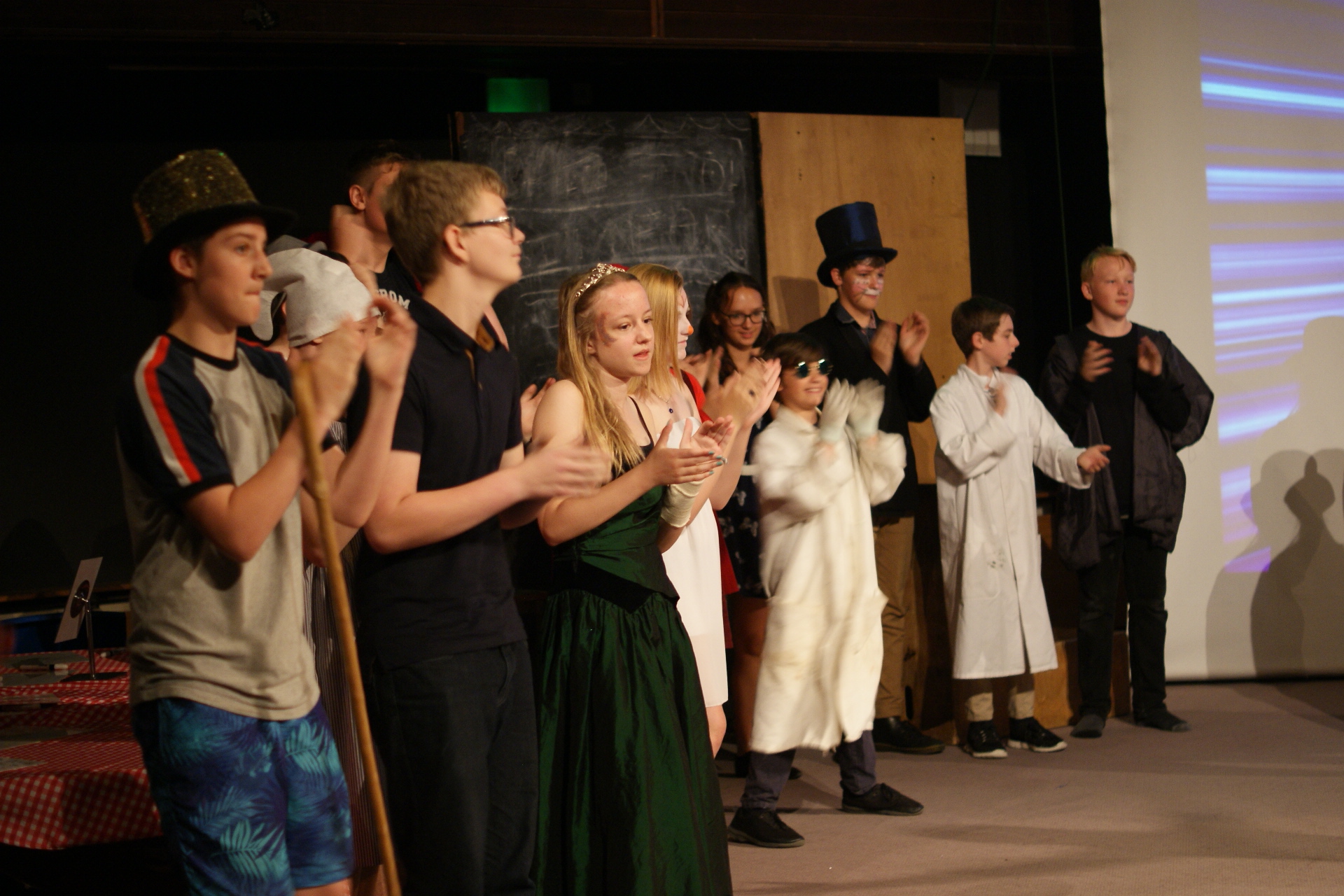 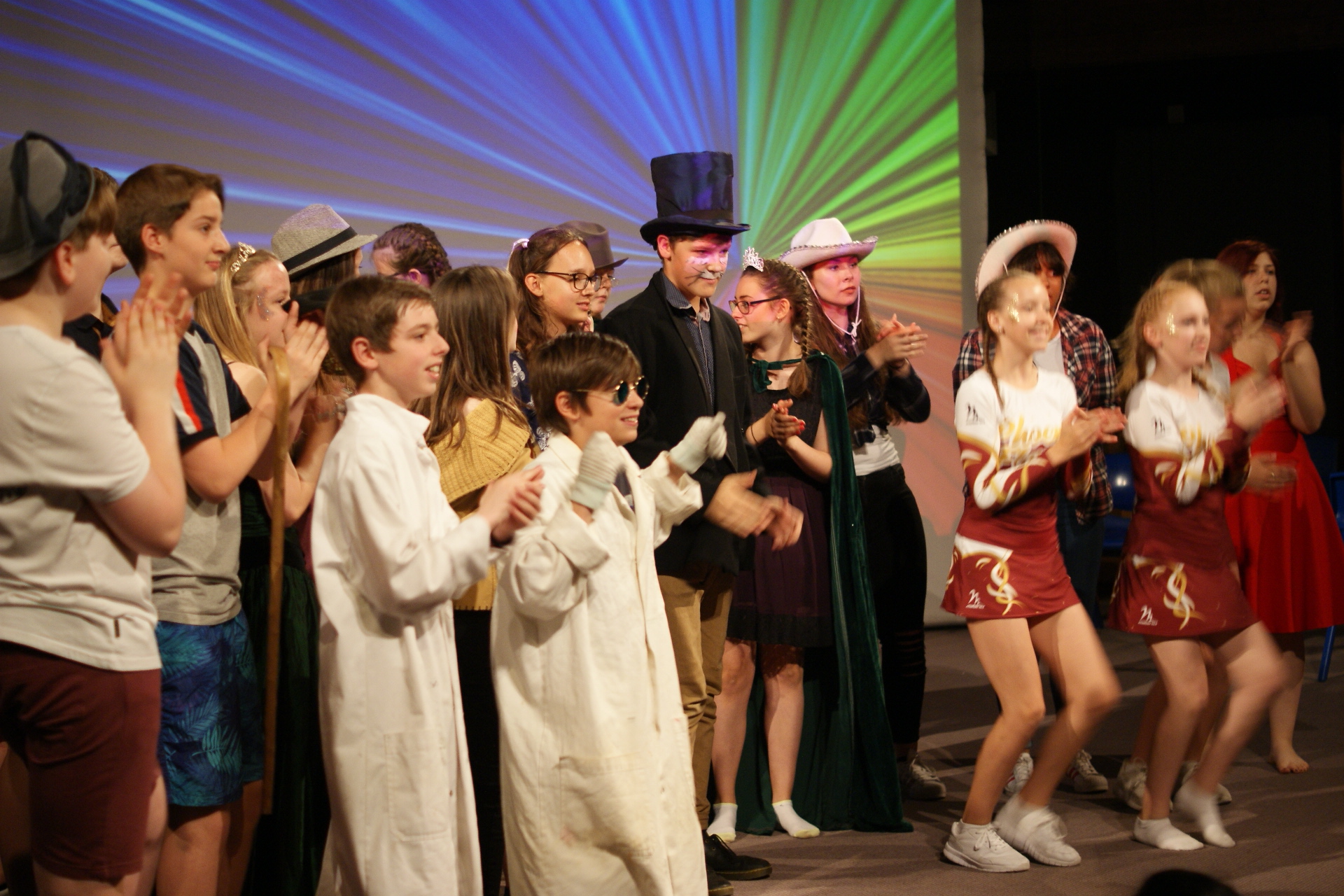 "I am thinking of taking Drama at GCSE and this week has been very exciting and really fun to experience, especially developing a number of roles and working with the primary school pupils, including my brother - he had a great time too!"   Keavy (new Year 9)

This year the Community Theatre project included 7 of our (new) Year 11 Work Experience pupils, who were developing theatrical skills, but also more transferable skills such as deadline meeting, reliability, independent work and meeting the health and safety rules of the workplace. Year 11 pupil comments included "It was enjoyable and everyone was involved" and "We worked well as a group over the week."

Our pupils worked really hard together throughout the week of heat and definitely earned their final afternoon at the outdoor pool!