Young Musician of the Year 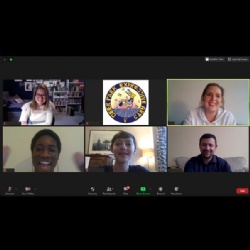 Virtual Young Musician of the Year 2020

Following the success of our Virtual Young Singer of the Year in April 2020, our Expressive Arts Faculty decided to follow this up with a Virtual Young Musician of the Year Competition. Both events are part of the normal extra-curricular programme that the Faculty runs annually, and are an opportunity for our very talented Deer Park pupils to showcase their performance skills. These events have been adapted due to the current circumstance but the Expressive Arts team were determined to make them happen.

The event was advertised and pupils were encouraged to film a performance and share it with music teacher Mr Cook. He was delighted to discover that there were 35 entries, encompassing pianists, guitarists, flautists, brass players, violinists, and a drummer.

Once the entry deadline had passed, Mr Cook created an unlisted playlist on YouTube, enabling contestants and their families to watch each other’s performances securely. One of the awards was an Audience award and contestants, family and friends were able to pick their top 3 performers. The other two awards were in Key Stage 3 and Key Stage 4, which for the purposes of this event were Year 7/8 and Year 9/10/11.

The judging panel was made up of our Music teachers Mr Cook and Miss Faux, Miss Lilington, Associate Assistant Head, and Headteacher Ms Henson, and the panel met virtually to review all of the performances.

As always, it is really difficult making the decisions as to who to award, the performances are always of such a high standard. The judging panel deliberated for a long time to make their decisions. With this done we were ready for the live results show.

Miss Lilington said about being involved: 'I was delighted to see such a positive response from pupils across the school in the Young Musician competition. Once again, I am inspired by how talented Deer Park Pupils are and the effort they put into the Arts. A wonderful evening. Thank you to Mr Cook and the Expressive Arts Team for organising the event.'

The live Results Presentation Evening took place on Thursday 9 July 2020 and it was delightful to see so many pupils, parents and the peripatetic teachers in the virtual audience.

Miss Lillington began proceedings by welcoming the performers and their families. Mr Cook then talked about each performer. Although the audience was dispersed in many homes, the atmosphere was very celebratory, with all participants having turned on their microphones to give each performer an applause in recognition of all of their hard work for their performances.

As the presentation built in excitement, Mr Cook presented the awards:

Audience Award WINNER: Sean B (Year 9)
The winner of the Audience Award was a piano player. This was a very unique performance - Miss Faux and Mr Cook were incredibly impressed with the sophisticated harmony in the piece as this was the performer's own composition. Sean said: "I felt excited to have the award even though i didn't expect it to happen."

Audience Award Runner Up: Beth H (Year 9)
The runner up for the Audience Award went to a performer who played a dramatic and demanding piece with great accomplishment, performing a piece called Sicilienne.

Due to the higher number of KS3 entries, the judges picked 4 runners up and a winner. Out of all the decisions the judges had to make, this was the one that took the longest as there were so many excellent performances.

Key Stage 3 WINNER: Herbie UD (Year 8)
This was a unanimous decision by the judges who were so impressed with the melodic beauty of the playing of Meditation by Massenet. The phrasing and intonation, even in the high register on this difficult instrument. From the first lingering vibrato to the final harmonic the performance was just brilliant. Herbie commented: "I’m thrilled to have won having been a Runner Up last year!”

Key Stage 3 Runner Up: Emily M (Year 7)
Emily played a very gentle piece, Memories of Summer. The judges were impressed with the expressiveness of the performance, especially in the higher register of the guitar where the melody really came out nicely.

Key Stage 3 Runner Up: Nigel B (Year 8)
Nigel played the famous Moonlight Sonata by Beethoven completely from memory, which was impressive considering the length of the performance. His technical control was demonstrated from the quiet opening arpeggios to the forceful middle section. Also, he seamlessly pressed the octave button when he ran out of keys at the top end of the keyboard.

Key Stage 3 Runner Up: Meredith B (Year 8)
The third runner up, Meredith, was a performer who played with great sensitivity and the spread chords that dominated the piece were played really beautifully, it was also a very mature choice of piece by Sibelius.

Key Stage 3 Runner Up: Timothy C (Year 8)
The final runner up was another of our pianists, Timothy, who made this performance look effortless - whether it was the breathing room of the opening, or the melodic flourishes that, although require some really good technique, flowed seamlessly in the performance, playing a piece called River Flows.

With all of the awards presented in Key Stage 3, Mr Cook moved on to the Key Stage 4 awards.

Key Stage 4 Winner: Tanwen B (Year 11)
The winner has, over her time at Deer Park,  contributed to so many of the events we have run in Expressive Arts. She played a really beautiful piece beautifully, with such delicate control over all of the dynamics and phrasing. Overall, the performance was faultless. Tanwen said: "I'm still in shock and so unbelievably happy that I won Young Musician! I thoroughly enjoyed watching all the wonderful musical performers. I also want to say a massive thank you to all the Expressive Arts teachers who have supported and pushed me over the 5 years - it has really paid off!"

Key Stage 4 Runners Up: Josh R (Year 10)
The first runner up played an extract from a classic, jazzy funk song of the seventies, Sir Duke, written as a tribute to Duke Ellington. He has come a long way on his instrument since joining the school and the performance had some really great, sharp phrasing in it and was really rhythmically tight.

Key Stage 4 Runners Up: Charlotte S (Year 9)
Our second runner up was a pianist playing a piece that is described by the composer as a night time landscape - Night Book by Einaudi. This performance was executed very impressively, from the opening echo phrases to the insistent rhythm pulsing throughout of the rest of the piece.

Key Stage 4 Runners Up: Charlie R (Year 9)
All of the judges agreed that this performer showed a great range of techniques in this performance, whether it was the classicalesque finger-picking at the beginning, the natural harmonics, chord strumming and also a guitar solo halfway through the performance. He worked really hard on this challenging piece, Nothing Else Matters by Metallica.

As ever it was a privilege to be a judge for our Young Musician of the Year Competition and, this year, we were all spoilt, not only by the high number of entries, but by the opportunity to listen more than once! If we closed our eyes it was easy to be transported to a concert hall! I congratulate all participating pupils on their commitment. It was evident that they had used their time in lockdown to practise and all took pride and great care in their performances. Their resilience, creativity and confidence exemplify all that Deer Park stands for and I continue to be impressed by our pupils’ support for each other and our Expressive Art Team and instrumental teachers who always go the extra mile to inspire and challenge our young musicians to achieve even more!

It is always lovely to receive positive feedback following and event and here a few of the parent emails we received after the event.

'Thank you so much for organising Young Musician of the Year. Last night was really fun. I’m a parent of a current Year 7 so can’t compare it to it’s usual format but it was an impressive event. Thank you for all your time and energy to ensure it went ahead.'

'The level of enthusiasm and dedication was incredible and there were some highly talented musicians taking part. Some moved me to tears with their exquisite sounds. And lovely to see a wide variety of instruments too.'

'You and the rest of the Expressive Arts team clearly create an environment where students feel encouraged and comfortable participating in these events and it’s that I’m most impressed by and grateful for. It’s not easy and can only be achieved through your extra time, effort and positive attitude. It is noticed and very much appreciated. Thank you.'

'Both my girls really enjoyed the opportunity to take part and it has provided a welcome focus having a to prepare for special event in these strange times. Definitely an event to remember in the future.'