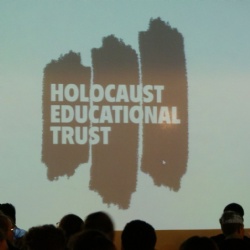 27 January is Holocaust Memorial Day and 2020 marks 75 years since the liberation of Auschwitz-Birkenau.

On Friday 24 January 2020, 100 Year 10 GCSE History pupils from Deer Park took part in a live webcast to commemorate Holocaust Memorial Day. Events are run across the country to remember the victims of the Holocaust and the webcast was run by the Holocaust Education Trust. Over 700 schools and organisations from around the UK took part in this annual event.

The survivor sharing their story this year was Susan Pollack MBE, who survived the ghettos of Eastern Europe and the horrors of the Auschwitz-Birkenau and Bergen-Belsen. Pupils listened intently as Susan described her harrowing tale of losing over 50 relatives in the Holocaust and how she rebuilt her life following her liberation aged 15. Her tale of survival, resilience and tolerance is an inspiration to all. Read more... 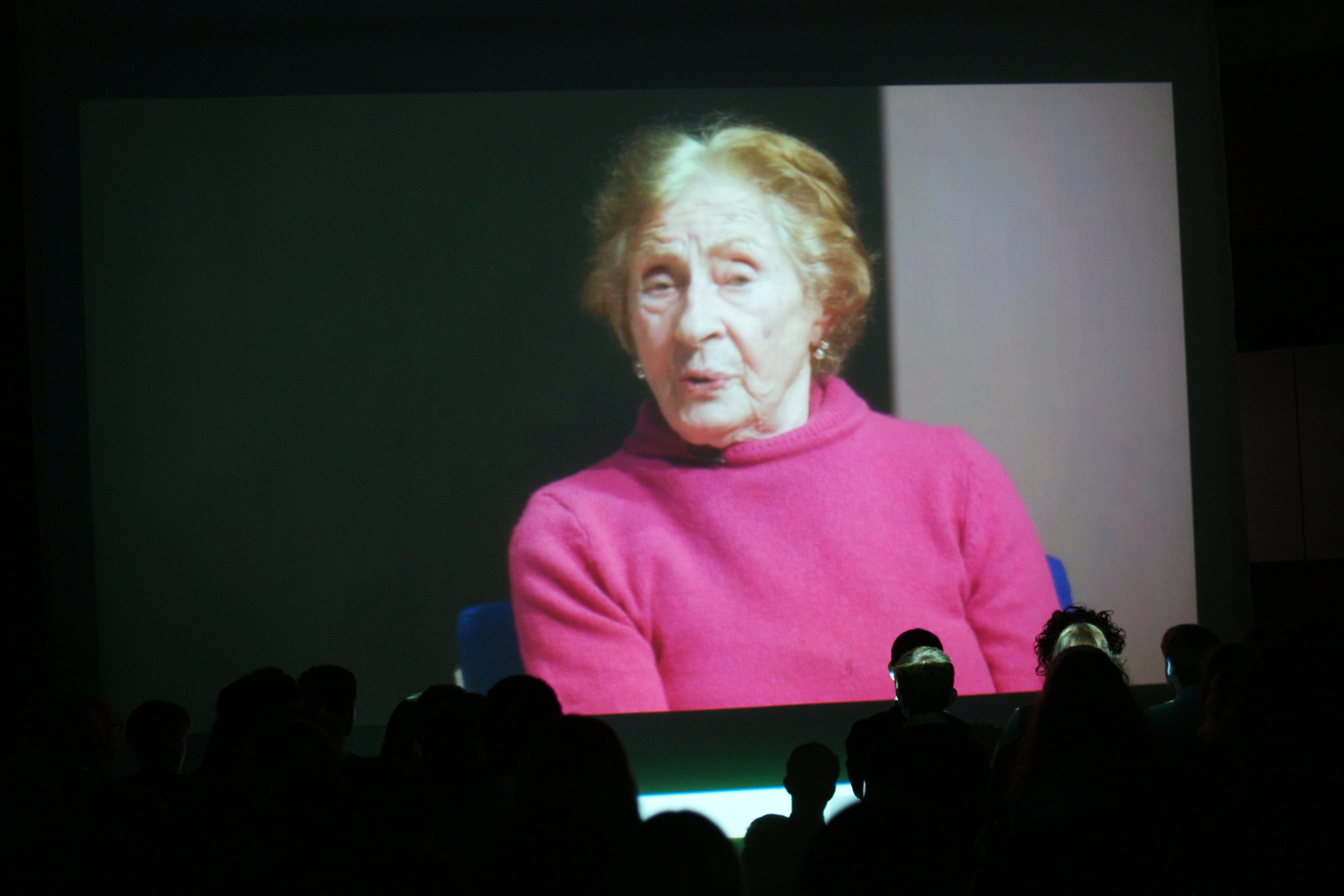 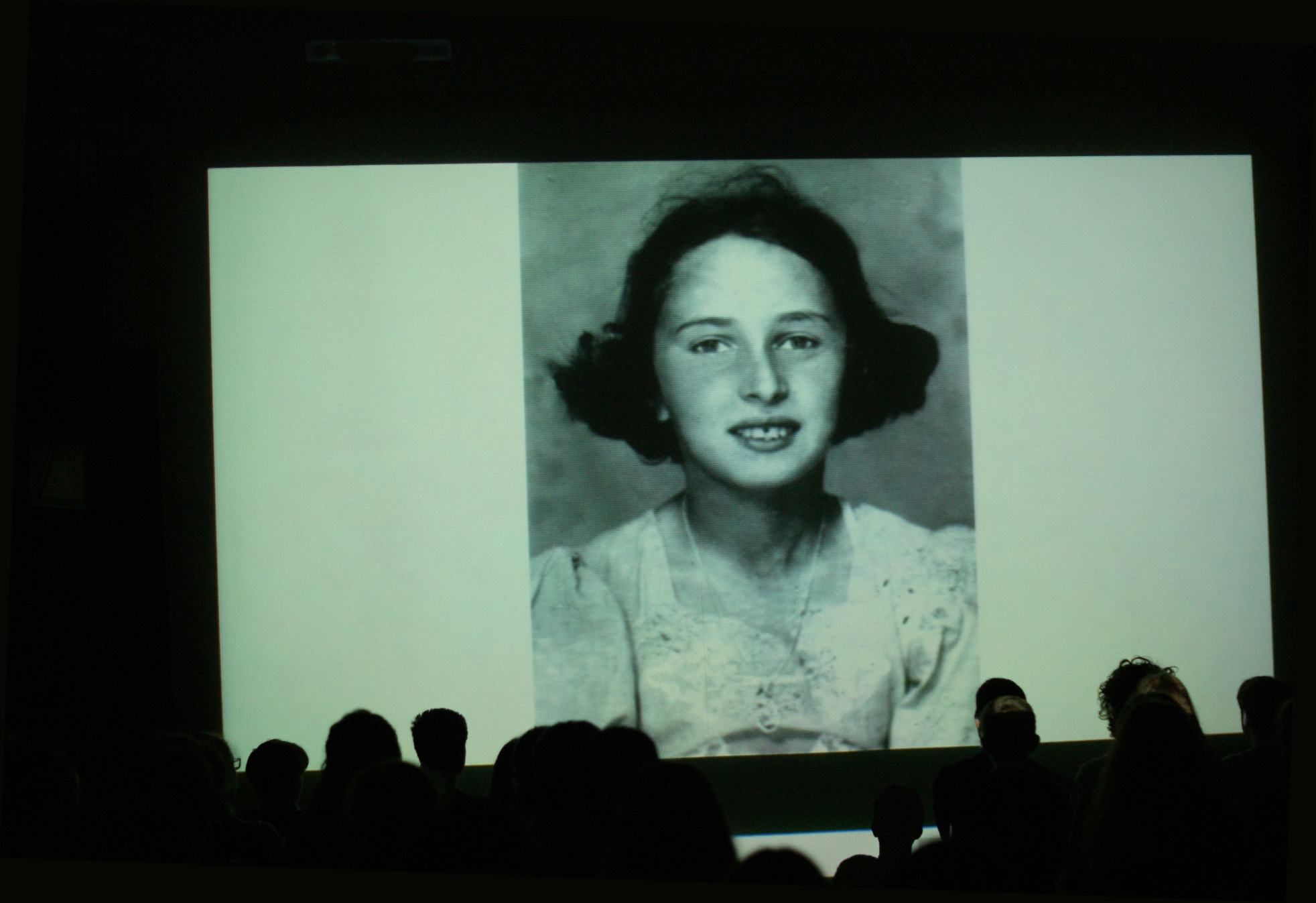 The testimony was followed by an hour of reflection where the pupils, working in small groups, looked to produce a lasting memorial to victims of the Holocaust. Using the theme of ‘Stand Together’ pupils produced moving poems, detailed word clouds, designed memorial gardens and inspiring speeches to round off an excellent morning of reflection. History teachers Mr Ferne and Miss Ellis were incredibly impressed by the focus and maturity shown by the pupils throughout the morning. 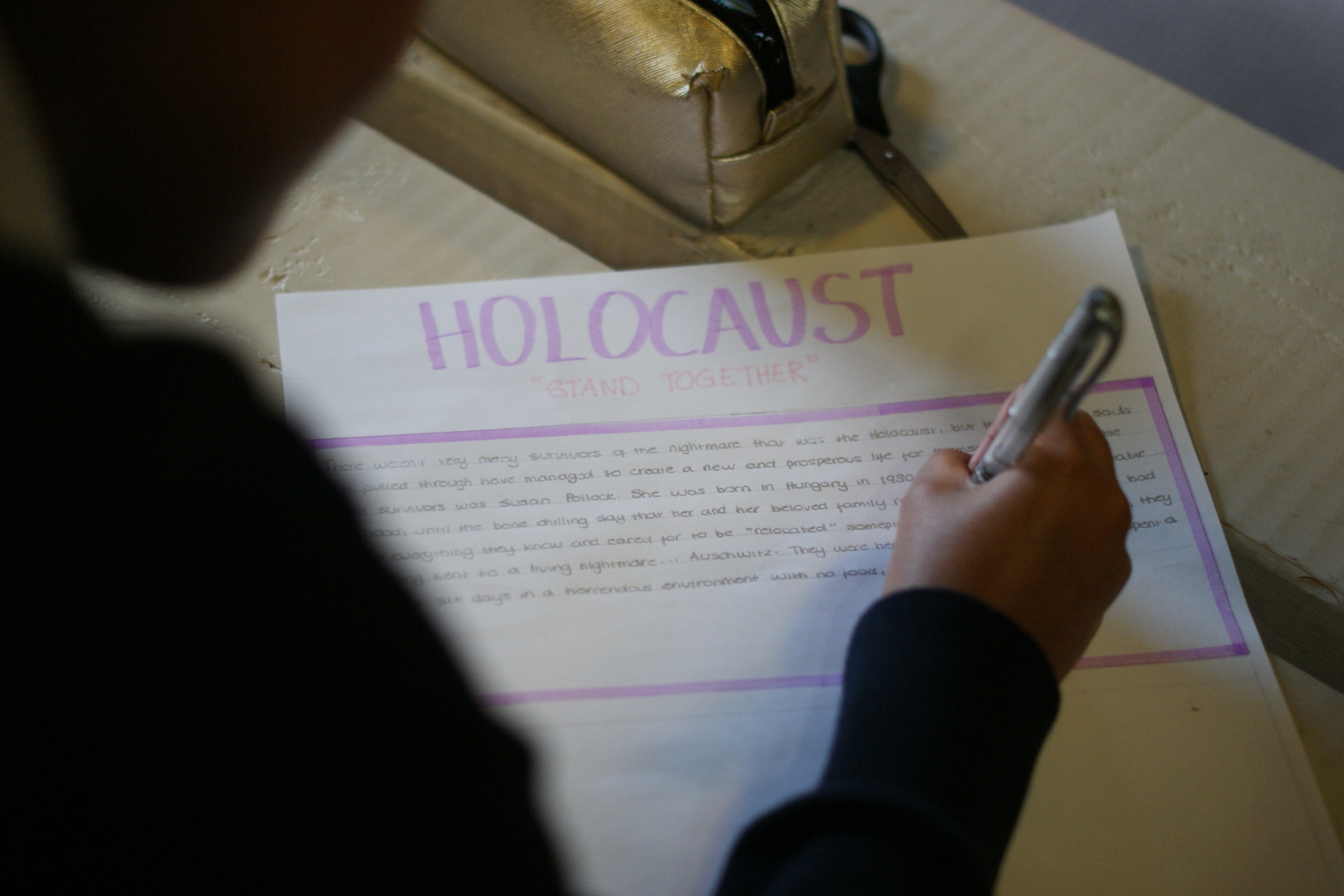 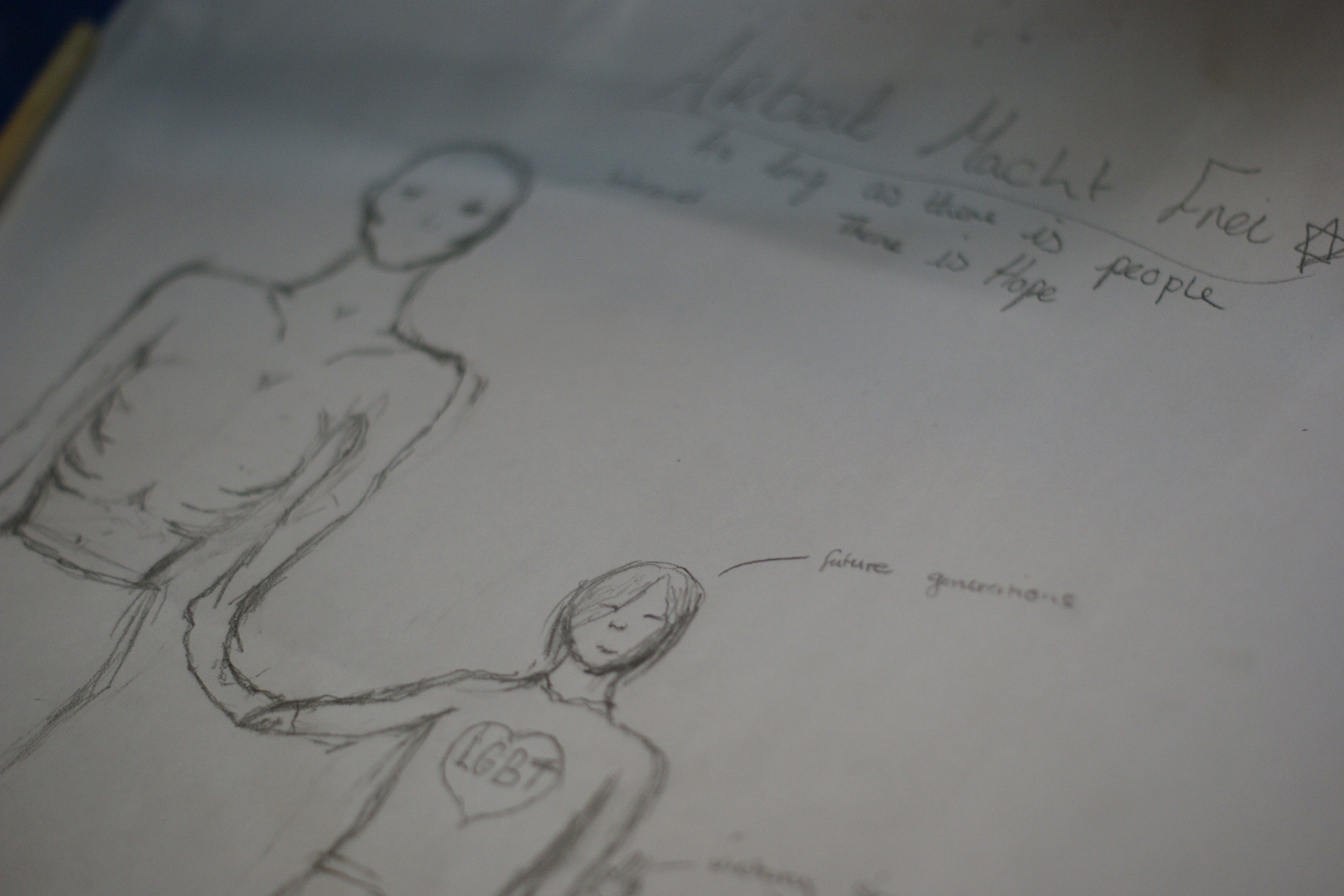 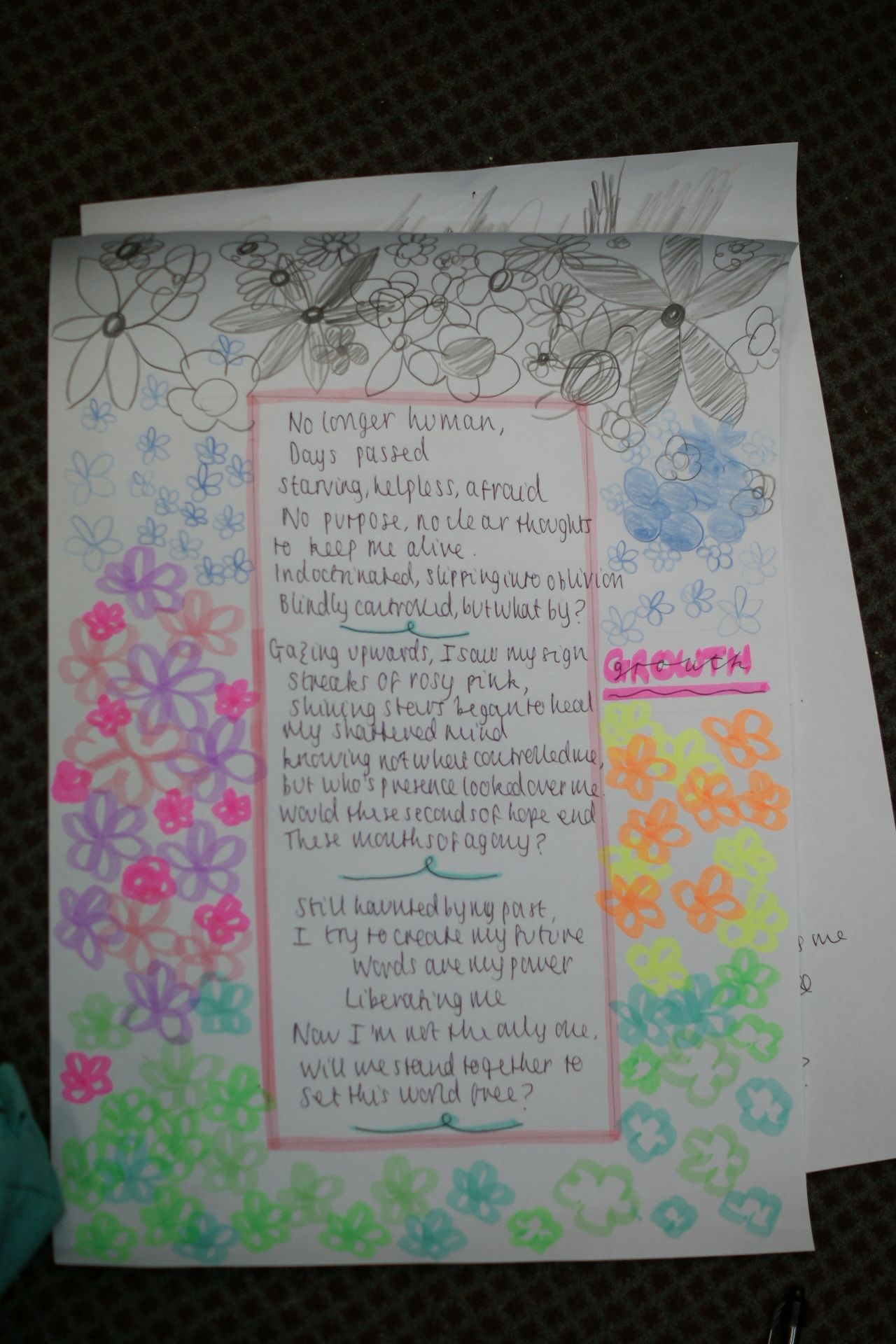 “We gained loads of valuable knowledge and were privileged to hear a Holocaust testimony. An amazing experience.”  James

“It was truly inspiring to hear Susan’s testimony. The knowledge and acceptance of what really happened was the most important message.”   Jasmine

“The Holocaust survivor webcast was a unique opportunity for our pupils to put a human face to history and engage with one survivor's personal experiences during the Holocaust. Our pupils all found it to be an emotive and powerful experience and were a credit to themselves and the school.”  Miss Ellis

Our Year 10 pupils were excellent throughout the testimony and our reflective work. They displayed awesome levels of maturity and sensitivity and were a pleasure to work with. The opportunity to hear from a Holocaust survivor is a humbling and awe-inspiring experience and one we hope our pupils will remember for many years to come. As time passes, the numbers of survivors decreases and so for our pupils to be able to hear first hand experiences is increasingly rare.

GCSE History pupils are offered the opportunity to travel to Berlin to support their studies of Nazi Germany and the Cold War. Read about the Berlin Trip 2019...

27 January, is Holocaust Memorial Day and the theme for 2020 is 'Stand Together'. The impact of the Nazi genocide and subsequent genocides on generations of people is unquantifiable. From the Holocaust to Cambodia to Darfur, millions around the world have been forced from their homes and millions of families torn apart. Monday 27 January 2020 marks both 75 years since the liberation of Auschwitz-Birkenau and the 25th anniversary of the genocide in Bosnia, and is an important day of remembering and reflection to ensure that we stand together to challenge prejudice and hatred, and work towards a better future.