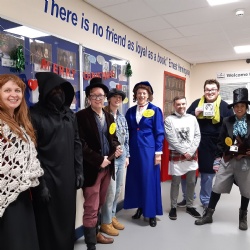 Focusing on English in December

It was the English Faculty who were ‘in focus’ at the start of December 2019. This is always an exciting period of time for pupils and English teachers alike as the anticipation builds and the activities come in rapid succession.

During the first week of ‘Faculty in Focus’ all pupils experienced the wondrous tradition that is the English Faculty assembly. We shared some traditions that the individual members of the Faculty have around Christmas and then delved into the story-telling tradition with a version of ‘The Mistletoe Bride’, complete with a ghostly apparition that made a few pulses race! Who was that Mistletoe Bride?! 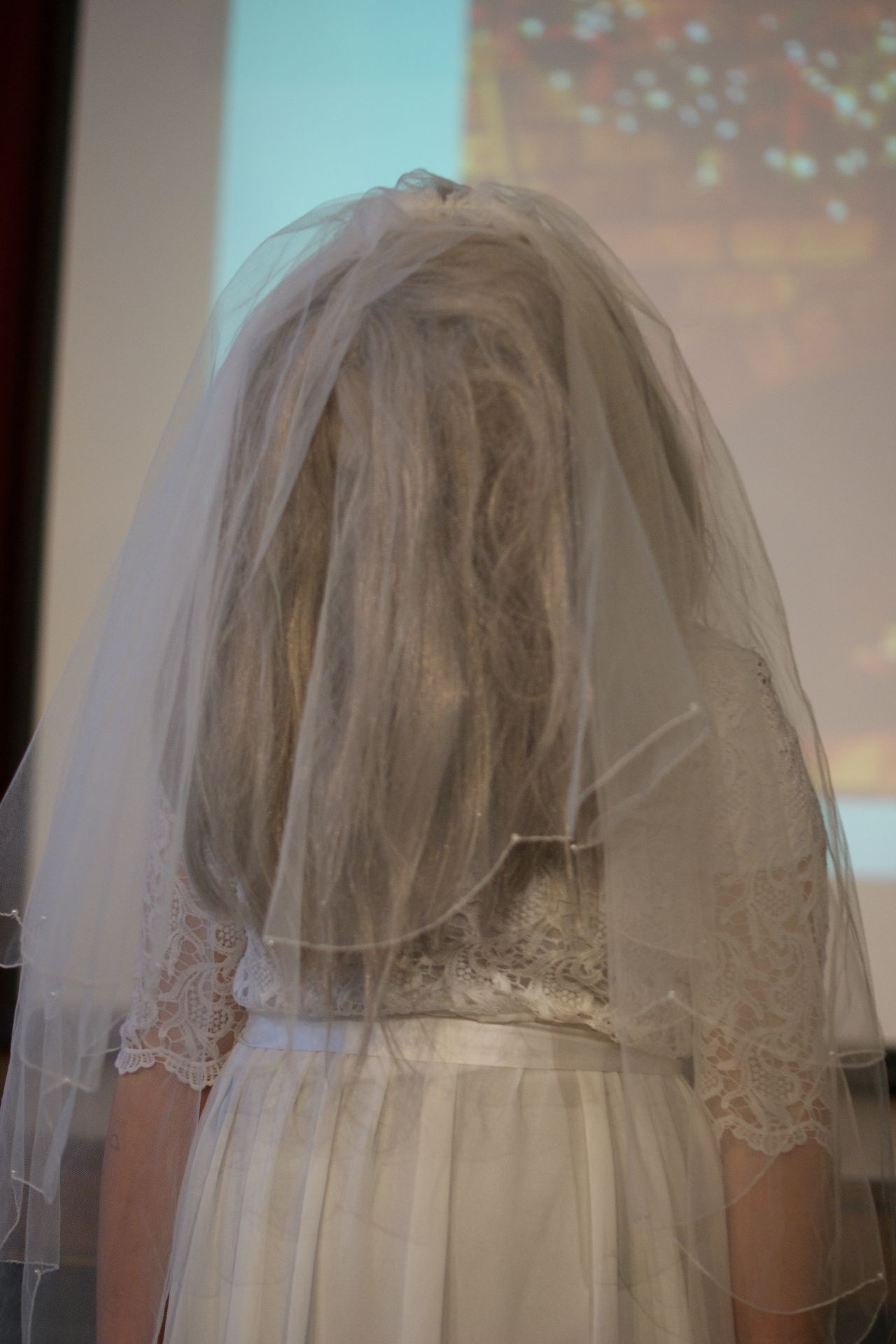 When it came to the second week, the dressing up moved up a gear with all Faculty members appearing as different characters from many of the texts that are studied in Key Stage 3 - ranging from Belle and the Ghost of Christmas Yet To Come who appear in ‘A Christmas Carol’, Nancy, Dodger and Bill Sykes from ‘Oliver Twist’ and Lennie from ‘Of Mice and Men’. Pupils in Year 7 were encouraged to join their teachers in dressing up for the day and there were some great outfits! 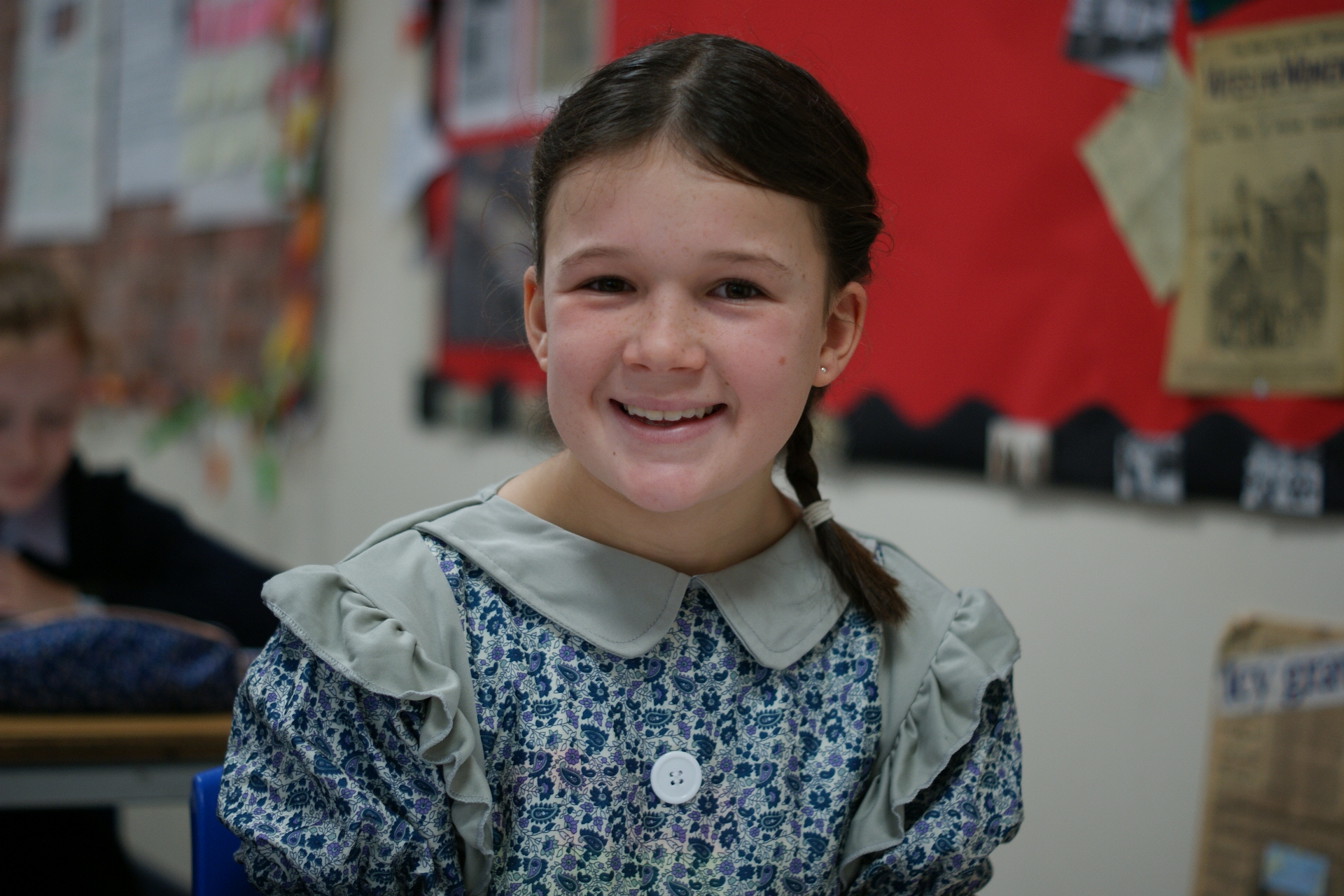 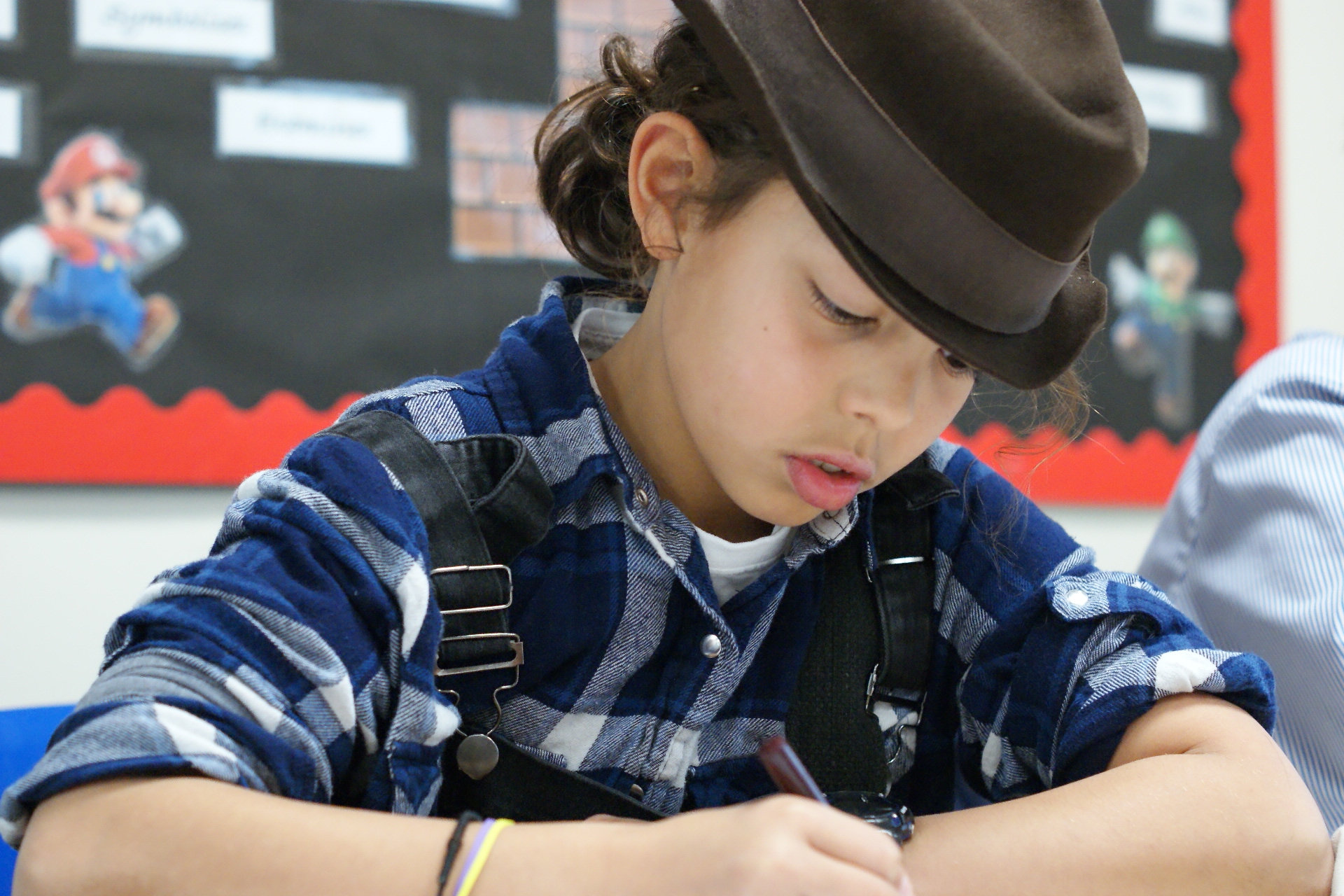 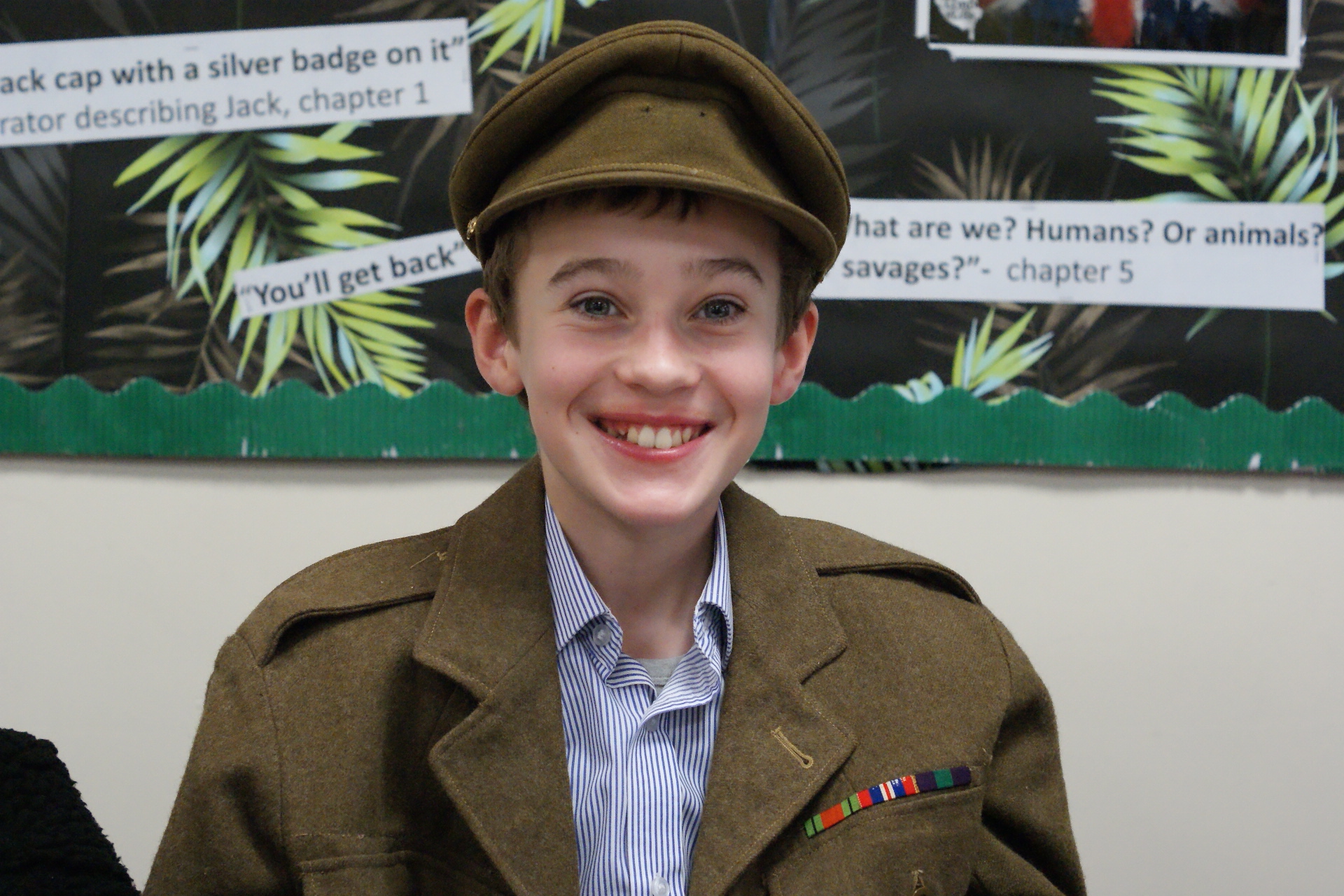 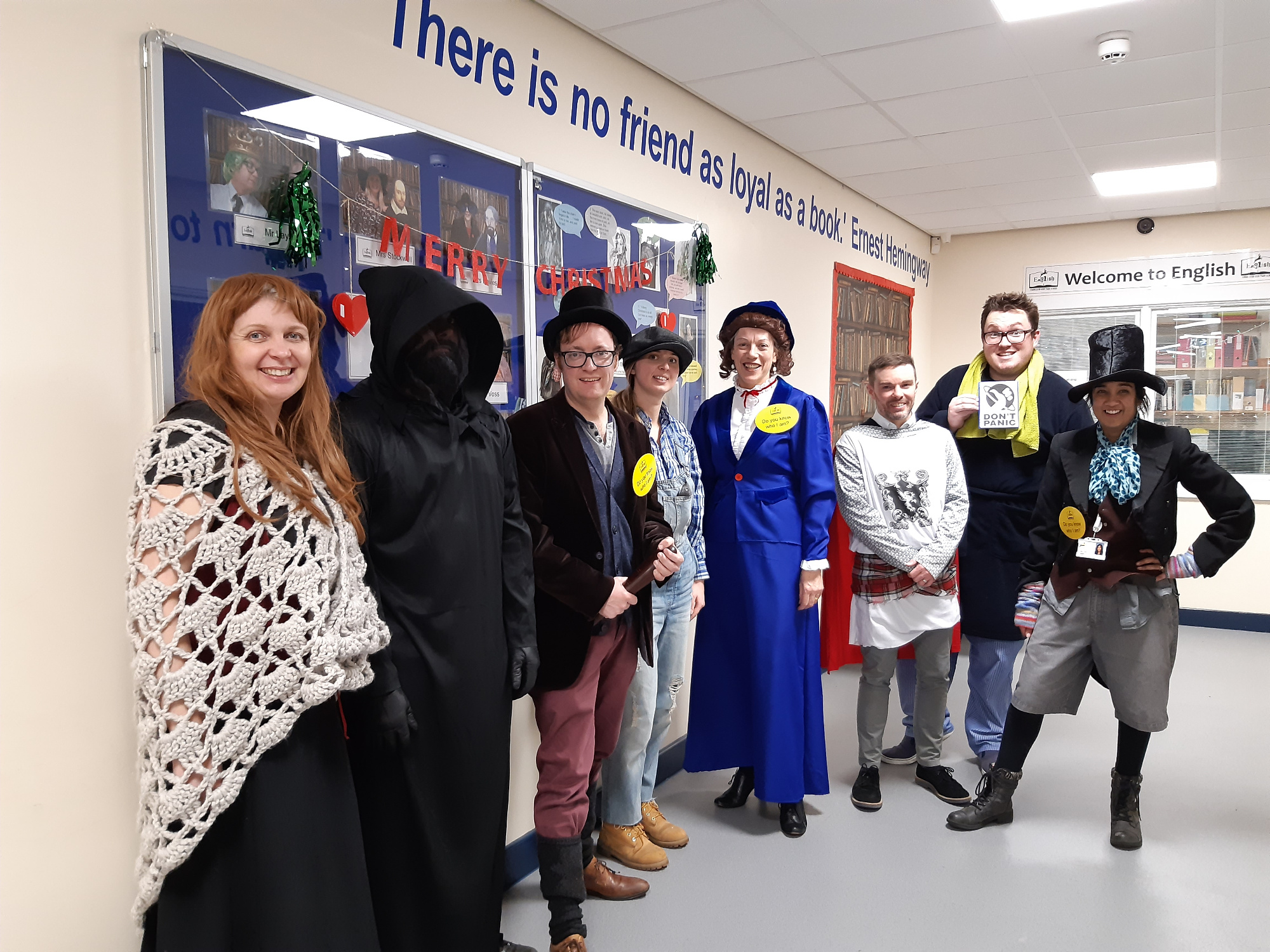 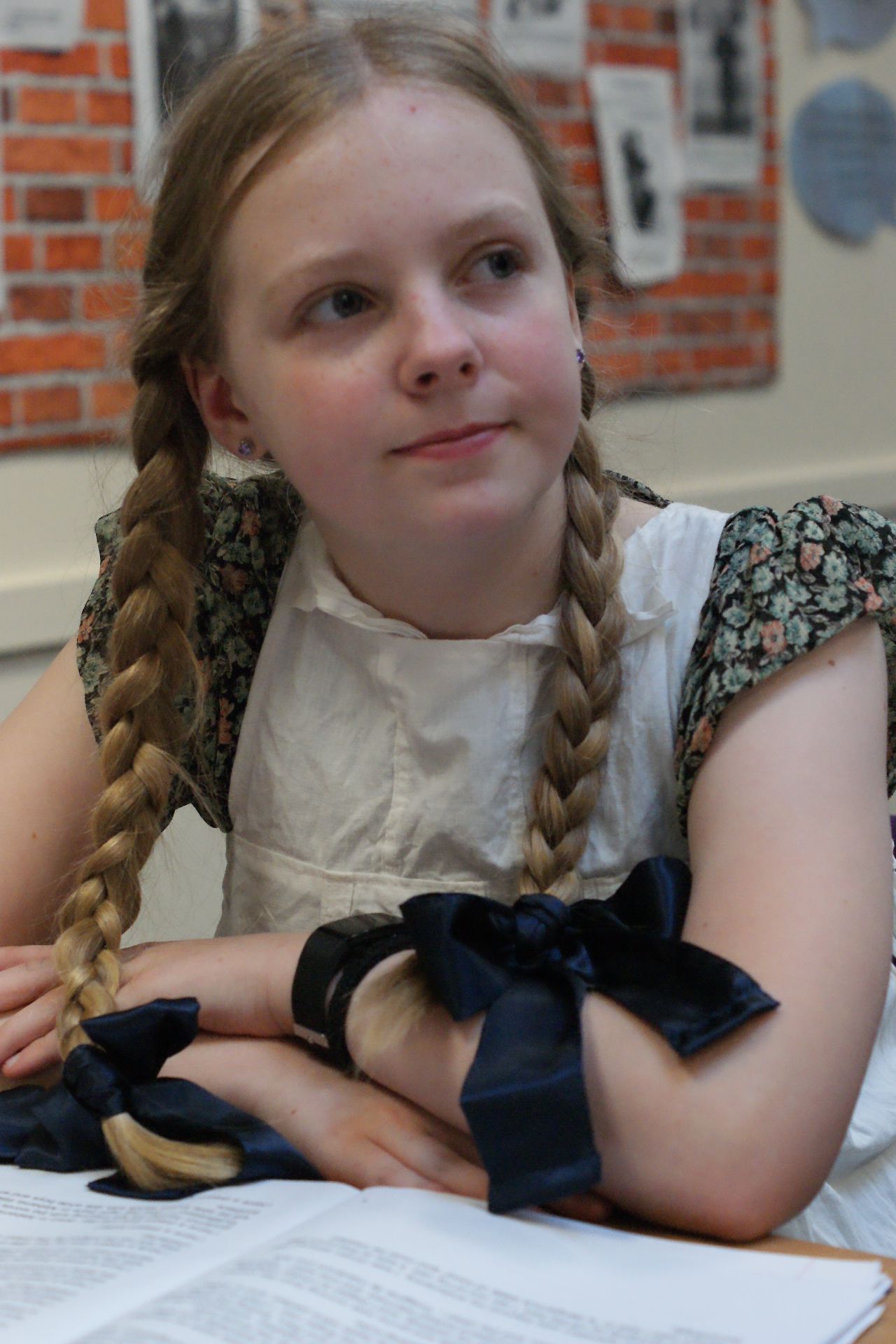 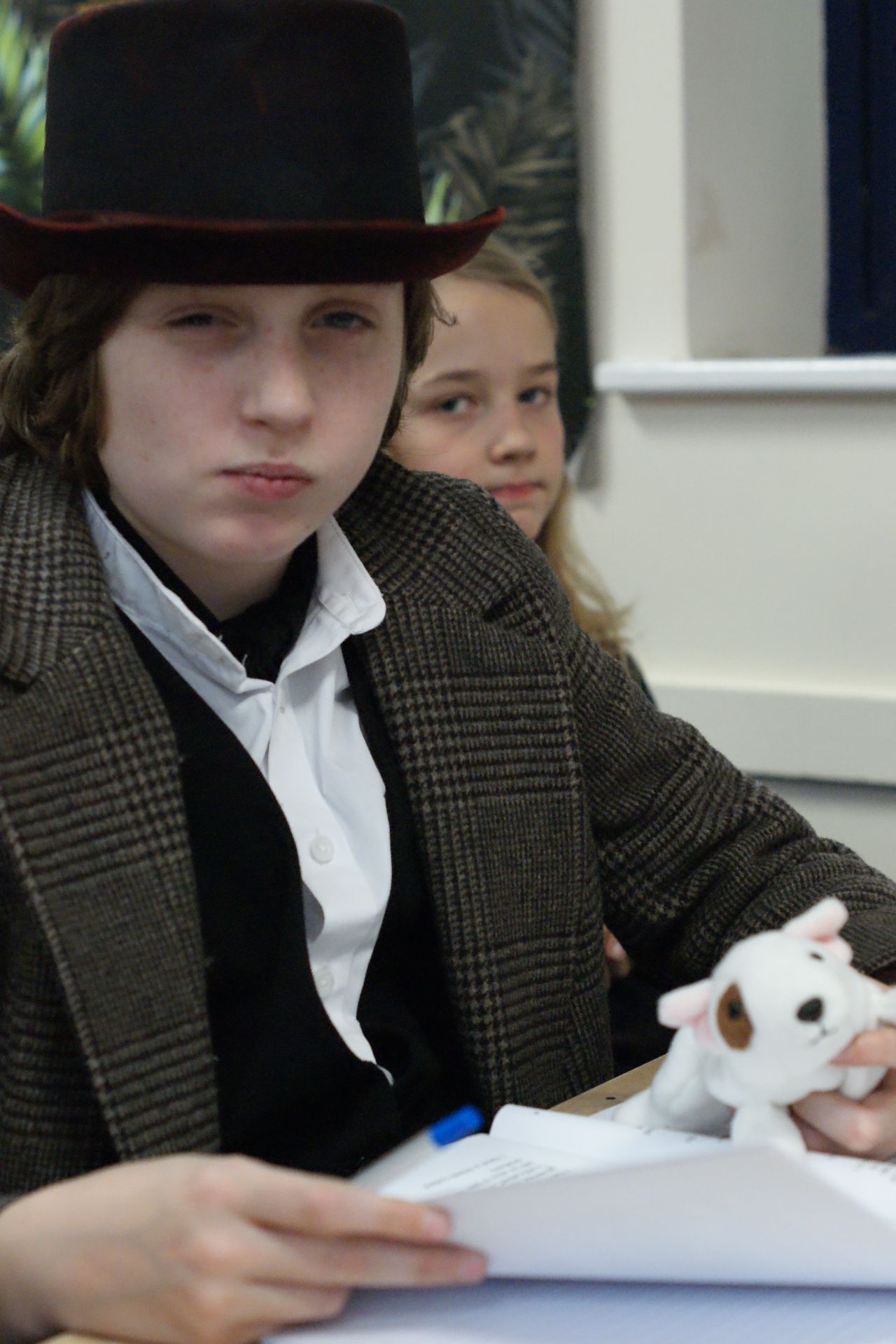 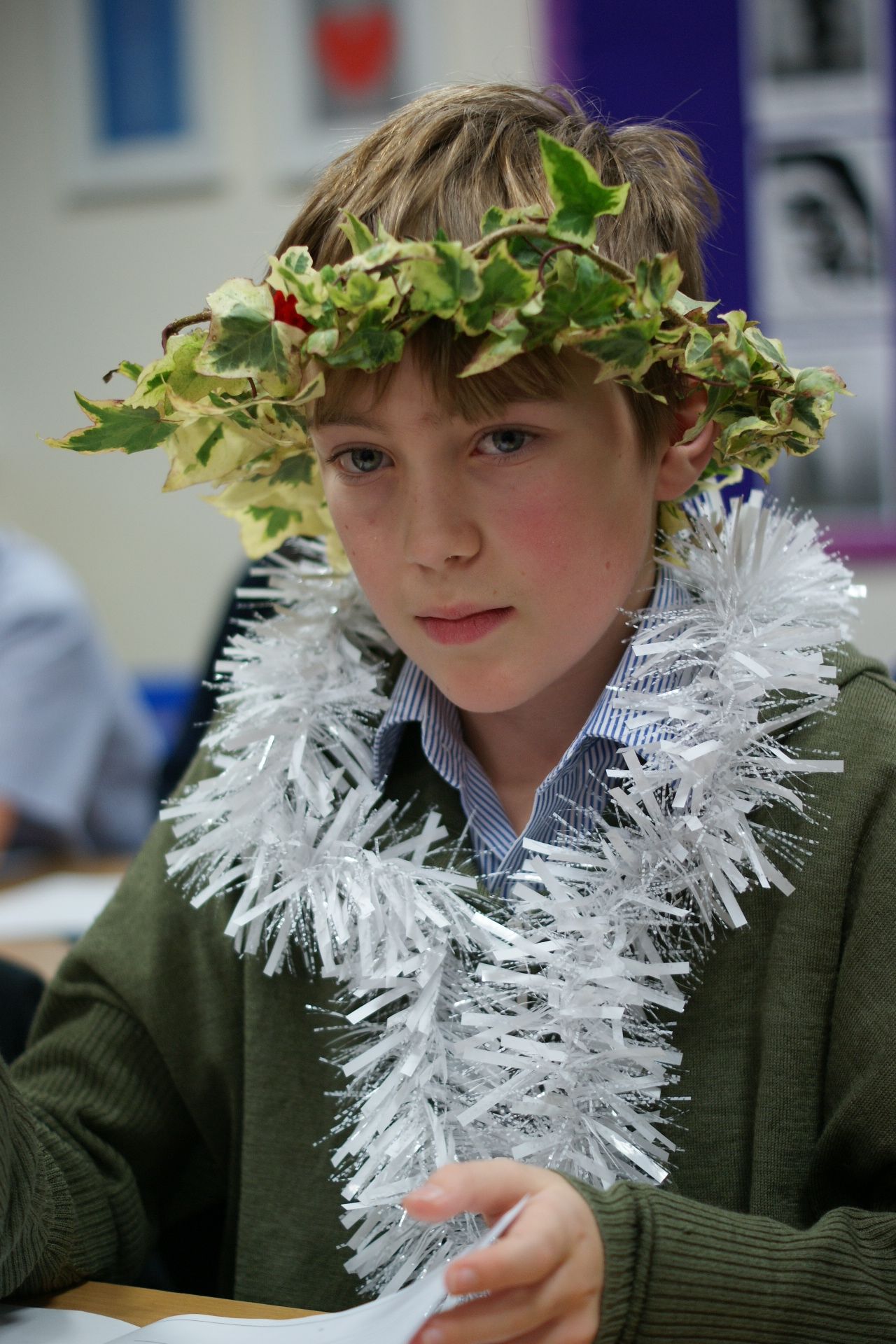 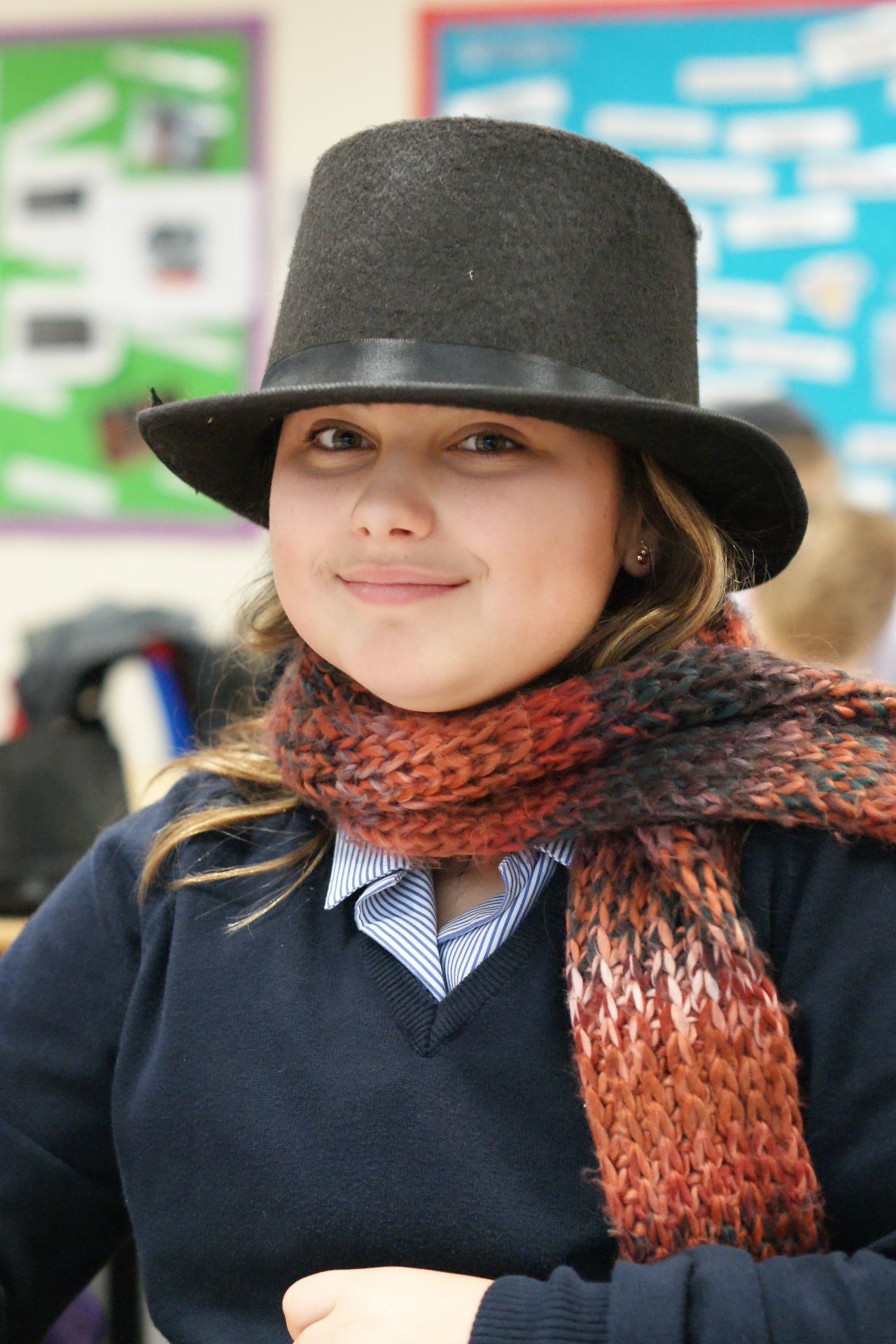 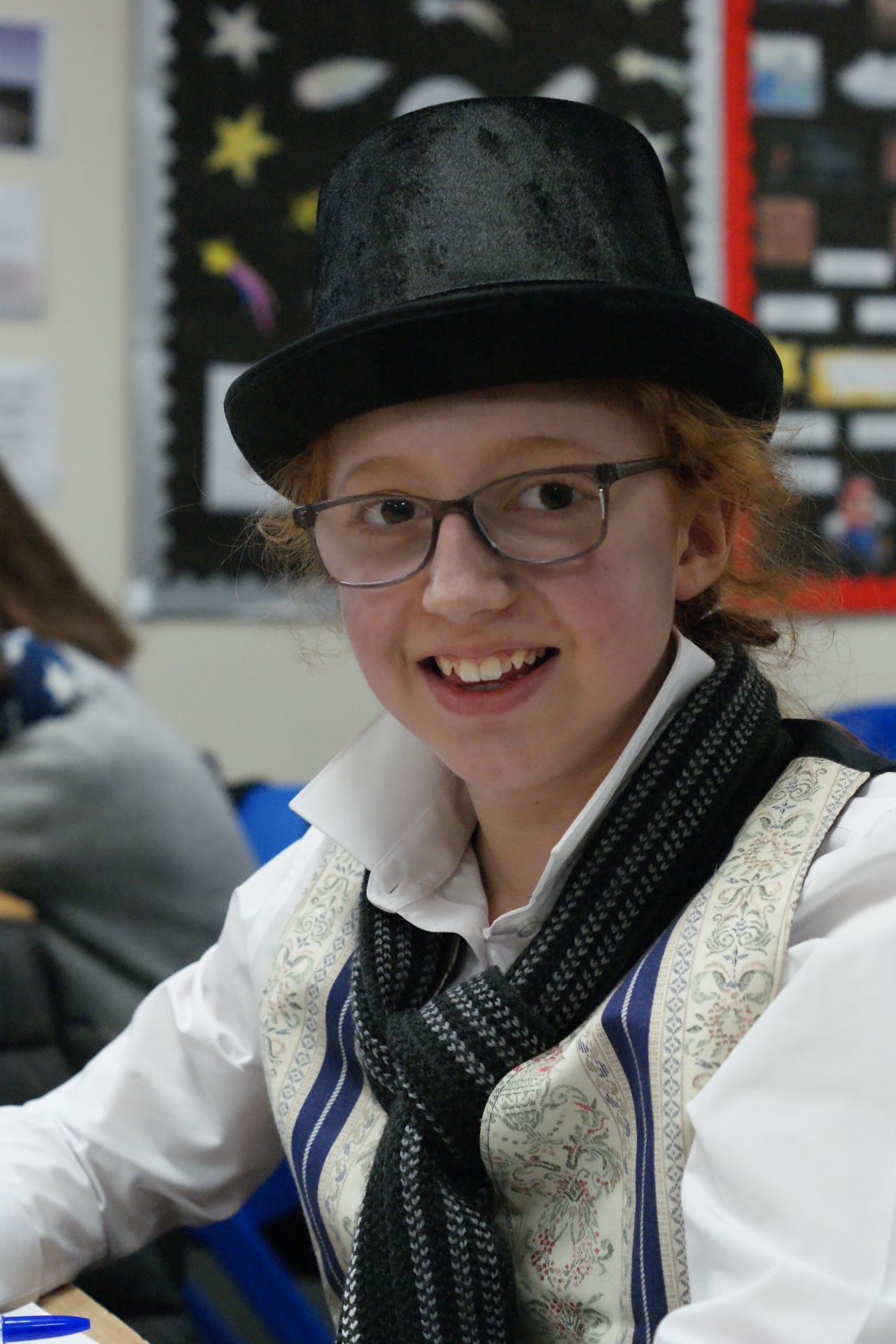 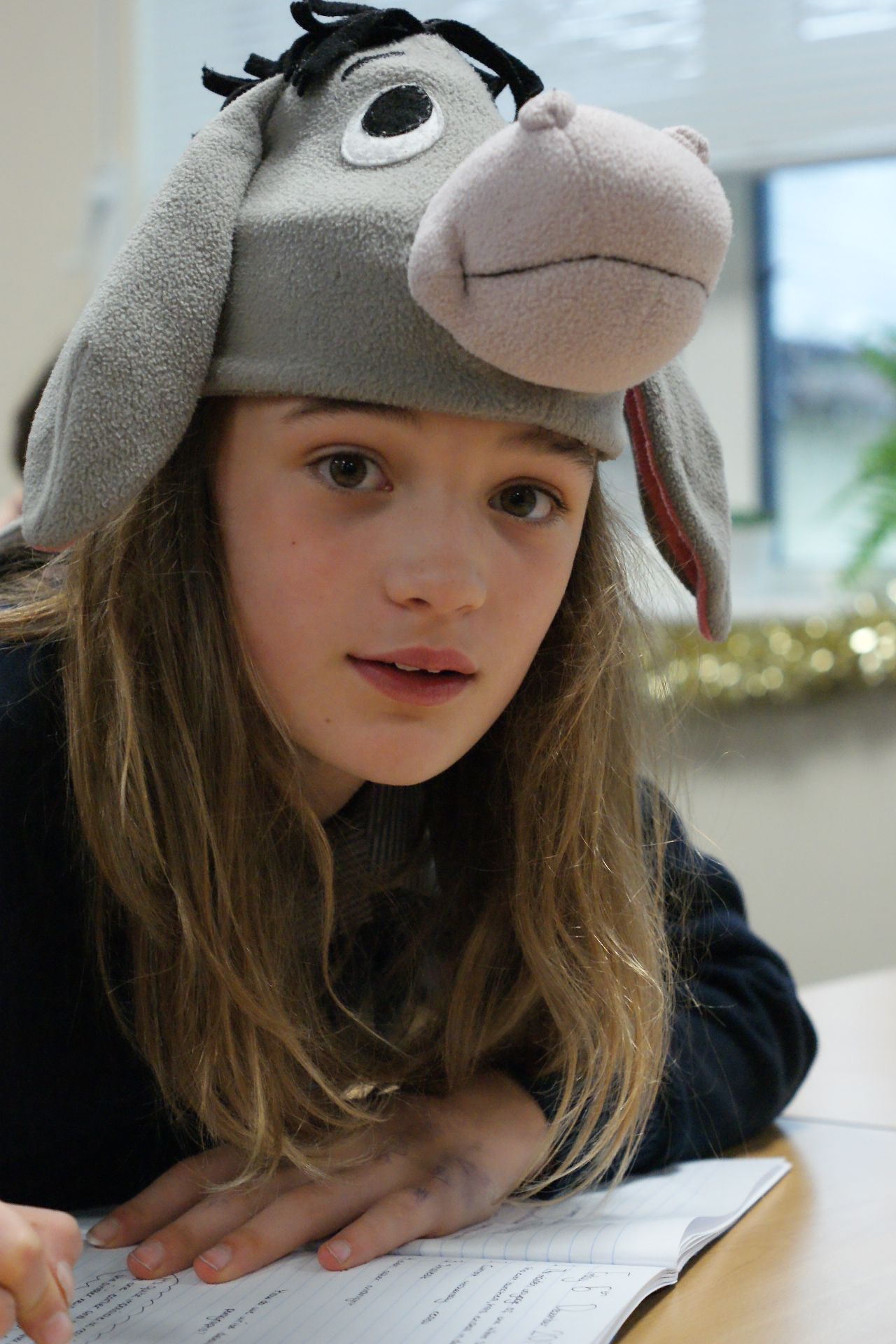 Pupils in Key Stage 3 were given the opportunity to flex their creative writing muscles by submitting a short (100 words) spine-chilling story. Teachers were inundated with many terrifying entries to this ‘Horror Mini Saga’ competition; it gave Mr Morgan a bit of a headache trying to decide on the winners. Those winners were announced in assembly and were awarded prizes.

There were many other fun events for our pupils. The intriguing and ghastly ‘Literary Villains’ trail led the pupils through the corridors of fiction to find the worst book-based baddies and eventually to the path of enlightenment (or, as it is also known, The PLC!). Year 7 pupils were able to create their own 'Slam Poetry' in lessons and prizes have been awarded to the most dramatic, well written and thought-provoking compositions.

The annual Year 7 Inter Tutor Group Reading Competition was won by 7 Fraser who read well over a million words in the two weeks of the competition - what an awesome achievement. It is so important that pupils read for pleasure for at least 20 minutes per day and the Christmas break is a chance to delve into a new world with a new book (or an old favourite!).

Thank you to all who took part in every aspect of this year’s English Faculty in Focus. None of it would have been possible without the wonderful backing from everyone who works and studies at Deer Park. We sincerely hope that everyone enjoyed the activities.