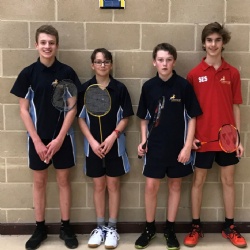 Deer Park and three other local schools - Kingshill, Sir William Romney's and Farmors - played 5 games against each other:

The games against Farmors were particularly nail-biting as we won by three games to two. At one stage, both schools had 2 games apiece, meaning that the final game was extremely important... Sam K and Riley W won this game 11-10, winning the fixture by 1 point! As the overall winning team, our U14 Boys Badminton team have qualified for the Gloucestershire County Badminton Tournament on Tuesday 4 February 2020.

The team played exciting high intensity badminton throughout. #1 Seed Sam S showed great guile and variety with his advanced shots and won all of his Singles games, allowing the team to go ahead in every match. Our #2 Seed Riley W showed excellent defensive skills combined with effective smashes and clears. #3 Seed Alex D showed excellent overhead drive shots to return the shuttle quickly and pressurise his opponents and Sam K, our #4 Seed, showed superb clearing ability and advanced jump smashes. 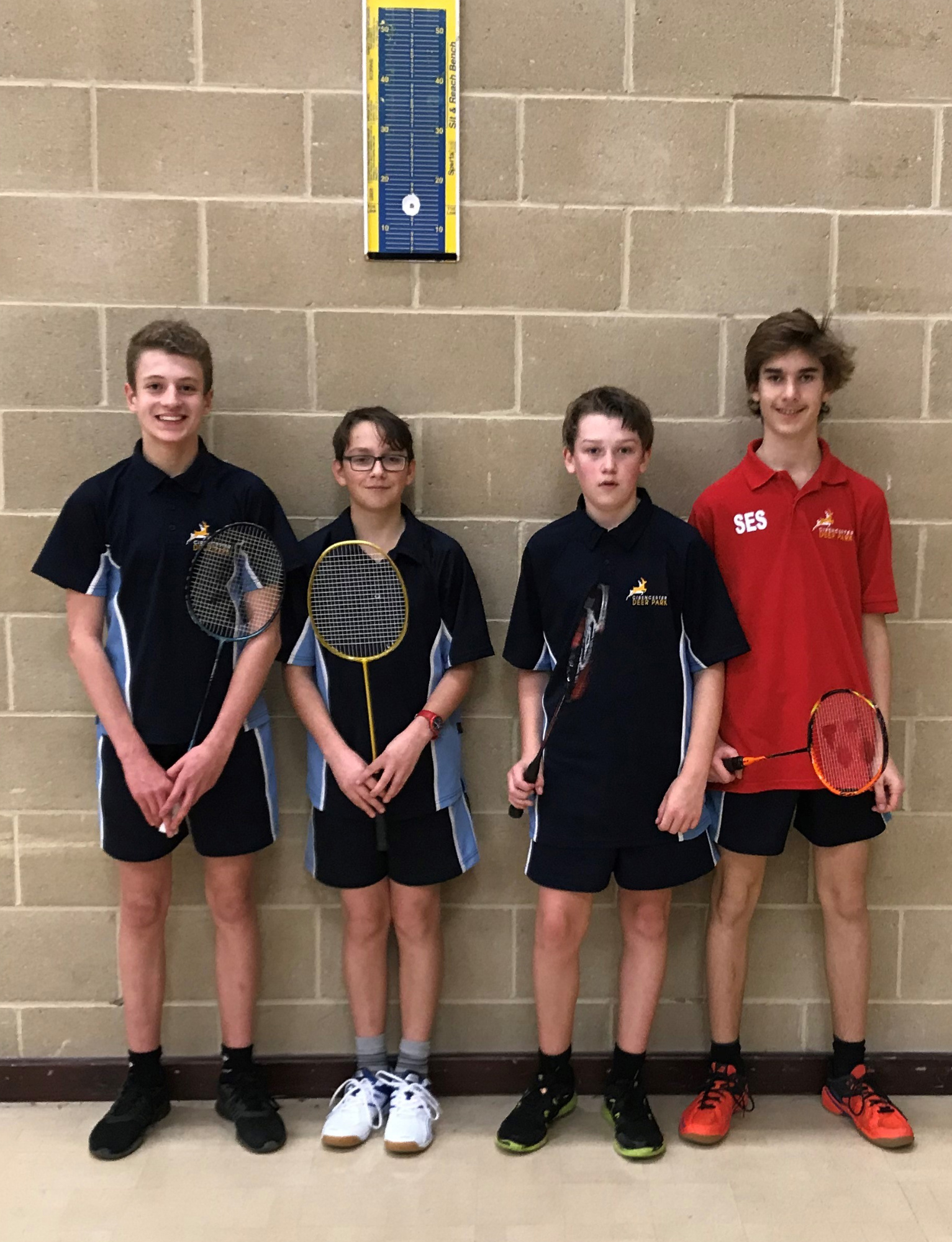 Alex D said “It felt amazing to win, especially against Farmors because they were really good and close games. I am really looking forward to the County final in February!”