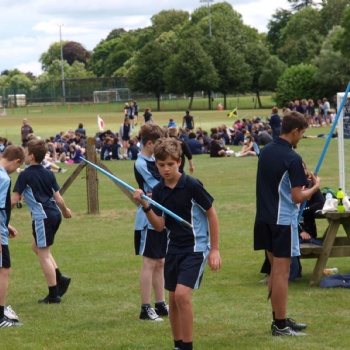 An exciting season of track and field athletics will culminate at our whole school Sports Day on Wednesday 13 July, the day after the District Inter School Athletics at the Prince of Wales Stadium in Cheltenham.

The Road to the Nationals

The District Athletics Trials scheduled for Tuesday 10 May at Cirencester Deer Park School were postponed due to the weather and it was not until Thursday 19 May that Deer Park hosted over 200 young athletes from 12 local schools. We were helped on the day by our Young Leaders who are all aspiring to become Games Captains – these pupils were outstanding in their leadership roles and were praised by many teachers from other schools. Although we have run the event for many years, 2016 is the first year that the Deer Park PE Faculty was responsible for selecting the individual members of the District team from all schools present.

The following pupils made it on to the South Cotswolds District team for the Gloucestershire County Championships:

The Gloucestershire County Championships took place at the Prince of Wales Stadium in Cheltenham on Saturday 11 June and the South Cotswolds team (selected by the Deer Park PE Faculty) had great success across seventeen events, which was phenomenal, coming top of the four districts (South Cotswolds, Forest of Dean, Gloucester and Cheltenham) within the county.

Finn (new Year 10), Abi (new Year 11) and Tom (Class of 2016) made the County team and competed for Gloucestershire at the South West Schools Track and Field Championships in Exeter on Saturday 18 June. Tom  finished 4th in the Inter Boys 800m, Finn was 2nd in the Junior Boys Shot with a PB of 12.06m in the 4kg Shot, and Abi finished 5th in the 80m Hurdles final and 1st in the Inter Girls 100m. 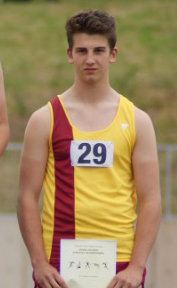 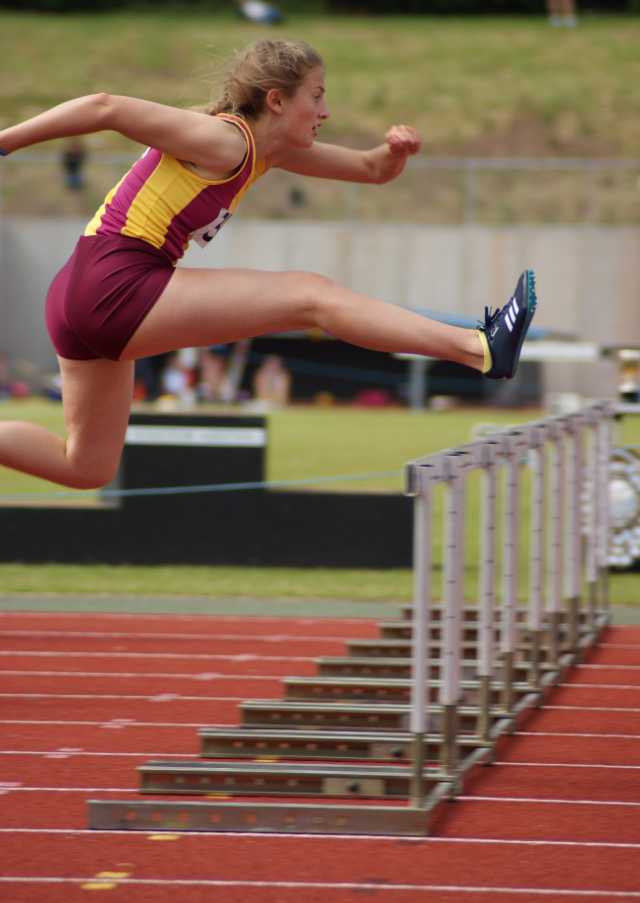 As U17 100m champion for the South West (at the age of 15!), Abi achieved the qualifying standard for the English Schools Athletics Association National Championships which take place 8/9 July in Gateshead. Did you know that nearly all the UK Olympic Athletics team members have featured in the ESAA Championships? However, Abi will be away in France on Work Experience, so will be unable to attend. Having gained a PB and qualifying time in both 100m and 80m Hurdles, Abi will be at the England Athletics Under 17 Championships at the Bedford International Stadium in August. We wish her every speed!

In addition to the Gloucestershire Schools athletics, we compete with other state secondary schools in the Summer term, with two separate after school events followed by the season-ending all day all years competition at the Prince of Wales Stadium in Cheltenham.

Our (new Year 8 and Year 9) two younger Athletics teams went to Archway School on Wednesday 8 June to compete against other secondary schools in the district. The sun was shining and there was a lovely atmosphere amongst the competitors. The Deer Park teams did extremely well. Outstanding individual performances:

I was very proud of all the performances, with many amazing achievements, but the Year 8 Boys' overall win and the Year 7 Girls' winning relay performance were particularly notable. The calibre of the Year 8 Boys' team was very impressive - they thoroughly deserved to finish in first place.

It was a really good afternoon and the team spirit was great, I found it really enjoyable.

Our athletes in new Years 8 to 11 are looking forward to the Inter School Athletics at the Prince of Wales Stadium in Cheltenham on Tuesday 12 July. We are proud of all our athletes' grit, and their determination to achieve their best at each event is to be commended.