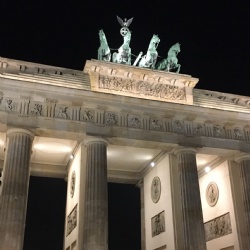 Thirty-three Year 11 GCSE History pupils and 4 members of staff travelled to Berlin, capital of Germany, from Thursday 24 to Sunday 27 October 2019. The aim of the trip was to discover more about the city's past and to support the pupils' GSCE History studies of Nazi Germany and the Cold War. Our group stayed in a hotel in the heart of the city with a view of the German Parliament, the Reichstag.

Following a day of travelling, pupils had the opportunity to explore key sites such as the Reichstag and the Brandenburg Gate by night. Pupils were able to orientate themselves with the city as well as beginning to develop their understanding of this unique capital.

Friday started with a four-hour walking tour with local expert guides. The tour included important sites such as the Holocaust Memorial, a site built to remember the 6 million Jews murdered by the Nazis, plus preserved sections of the Berlin Wall, the iconic Brandenburg Gate and the beautiful Berlin Cathedral. 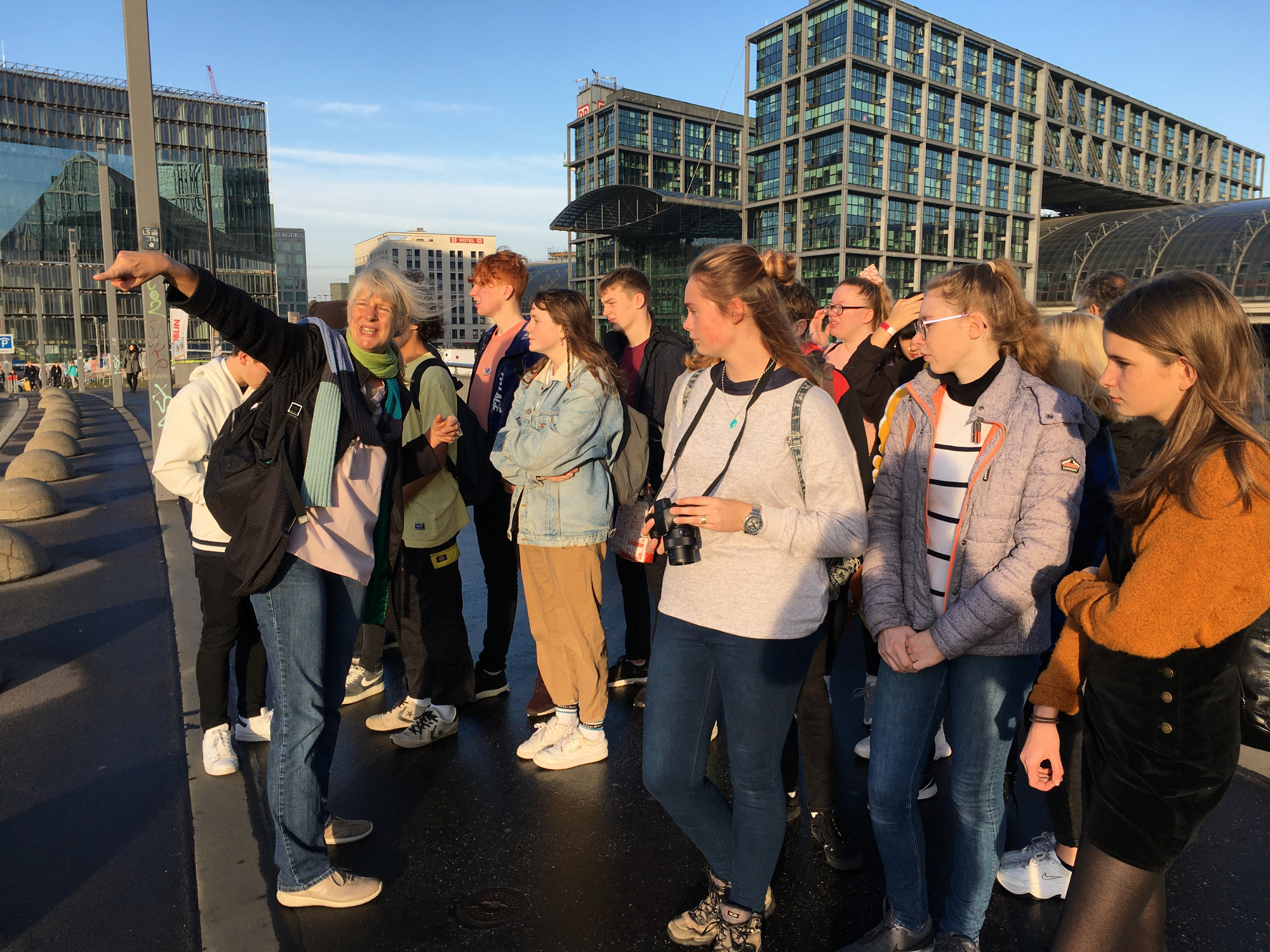 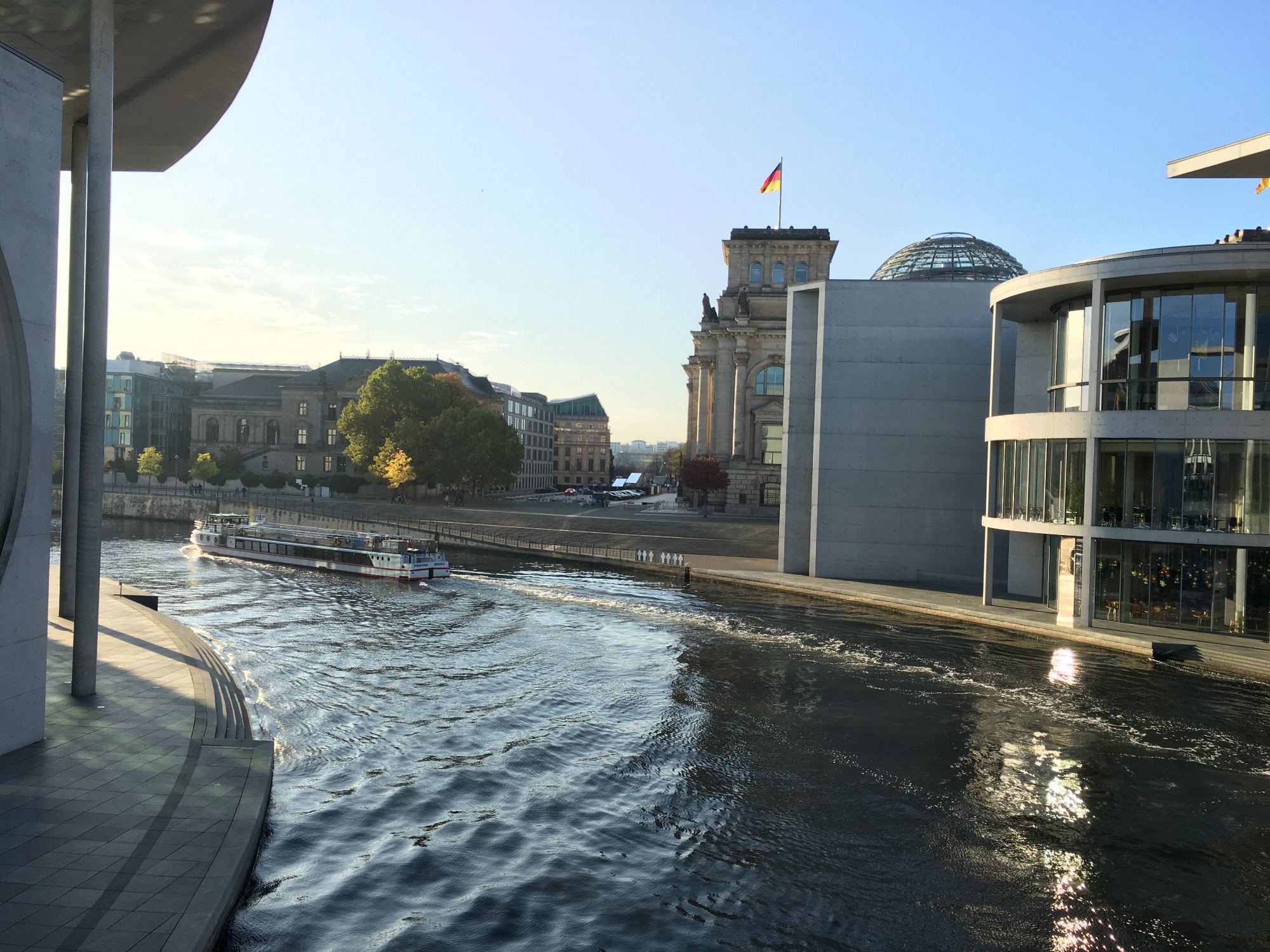 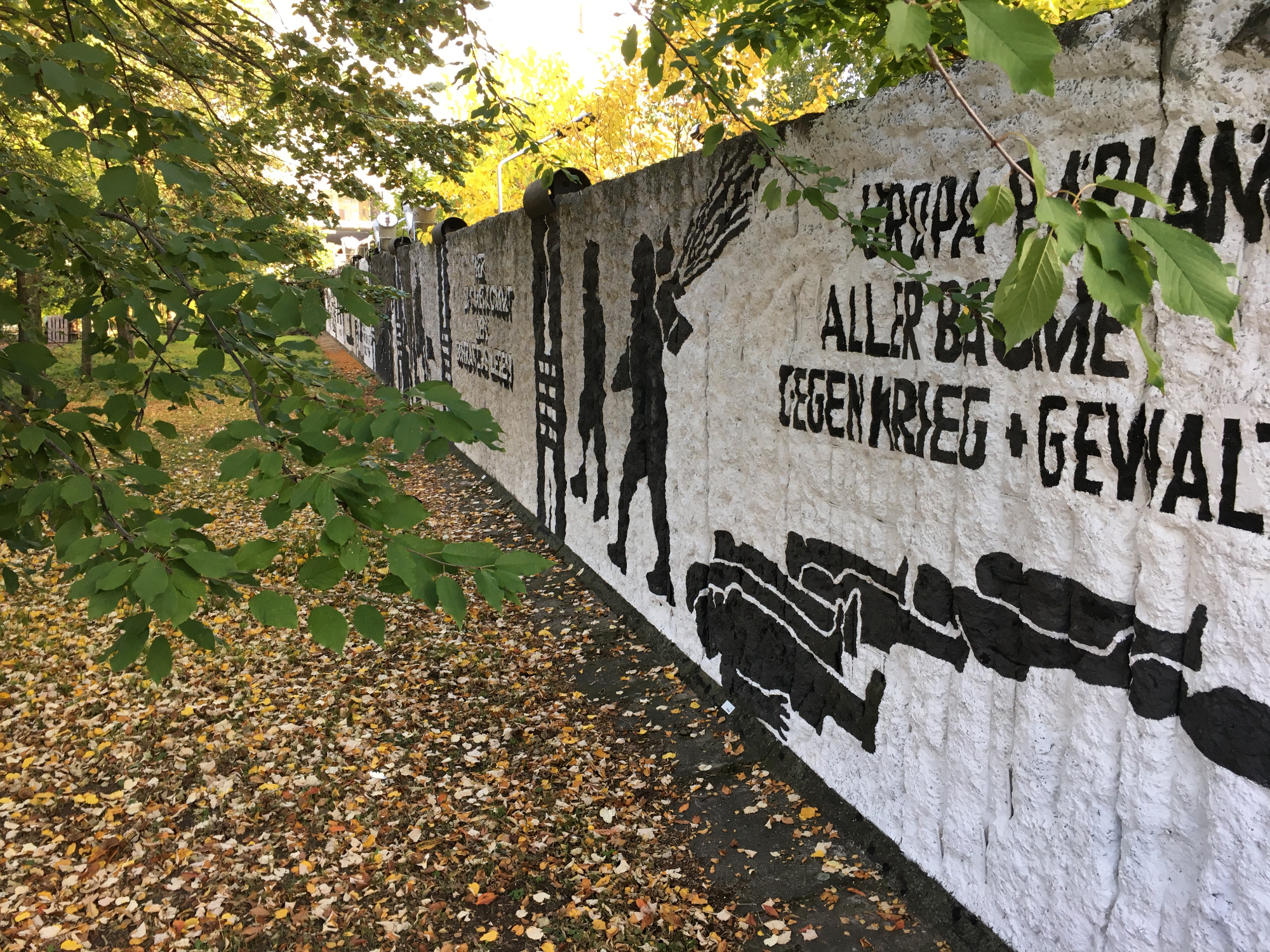 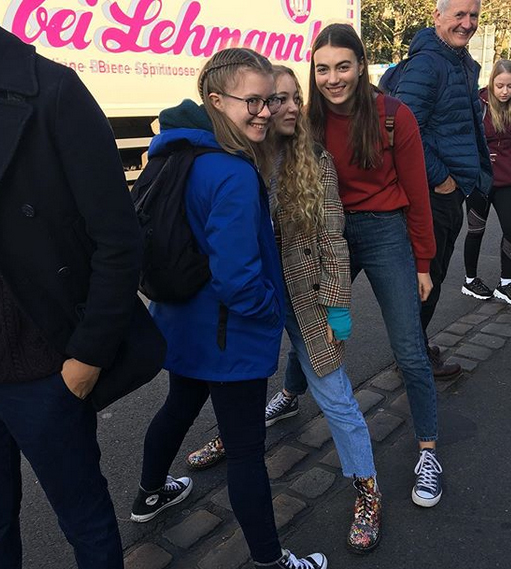 Following lunch in Potsdamer Platz, we walked the short distance to the Topography of Terror museum. Here the pupils were involved in a source skills masterclass on the site which had previously been the headquarters for the Gestapo and SS, the Nazi’s secret police and security service. All the tour guides commented on the maturity displayed by our pupils as well as their engagement and participation.

Following the Topography of Terror, the pupils had the opportunity to self-guide themselves around the Espionage Museum. Berlin was at the heart of Cold War espionage and this interactive museum gave pupils an excellent insight into this aspect of the Cold War, with the laser maze being a highlight! 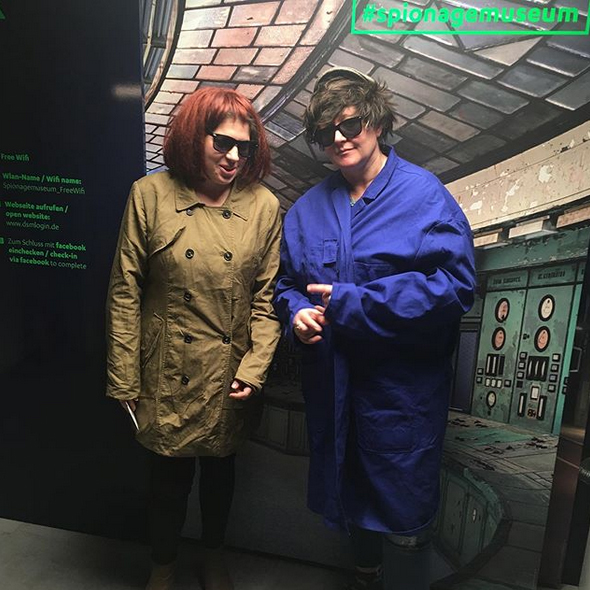 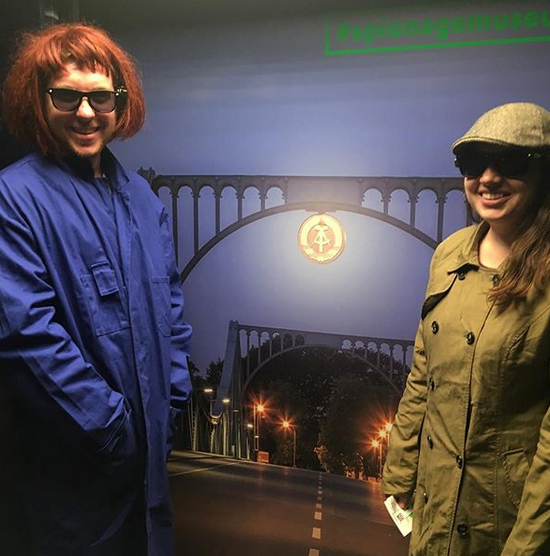 After a short rest and dinner, we were back out again, enjoying a night-time view of Berlin’s skyline from the Reichstag dome. The dome in the Reichstag, where the German Parliament sits, is an amazing architectural feat and represents reunification of Germany and the importance of democracy and transparency in German politics today - the glass roof allows visitors a birds-eye view of the debating chamber of the Bundestag below.

On Saturday we travelled to Sachsenhausen Concentration Camp for a self-guided tour. Pupils were able to discover more about the conditions of the camp and discover the stories of some of the people held there during WW2. Primarily political prisoners, they included Stalin’s son and Martin Niemoller, a famous member of the opposition to the Nazis and co-founder of the Confessing Church, an organisation that undermined Hitler’s own Reich Church. Over 30,000 people perished at Sachsenhausen and it was an emotional day for us. Once again, all pupils showed tremendous respect for the memorial and deepened their understanding of persecution of minorities at the hands of the Nazis.

On our return to Berlin, we travelled deep into the East of the city to visit a former Stasi Prison, where pupils heard the stories of inmates, including how they had been arrested and detained by the East German Secret Police for a range of crimes, some as minor as using lipstick to graffiti a political poster. Pupils learnt about the interrogation techniques and conditions to which prisoners were exposed from the expert guides in this unique and powerful memorial. We ended the day with a short tram ride through East Berlin and visited a chocolate shop before dinner in a restaurant located near the Cathedral.

To end our tour on Sunday morning we visited the DDR Museum. This was an opportunity for pupils to find out more about life in Communist East Germany during the Cold War; The former East Germany was known as the DDR, Deutsche Demokratische Republik.  The group had free reign to enjoy the interactive displays including a drive in a Trabant (car) simulator and the opportunity to see inside a typical apartment (including the rather terrifying lift journey), and even to dress up in typical East German outfits. 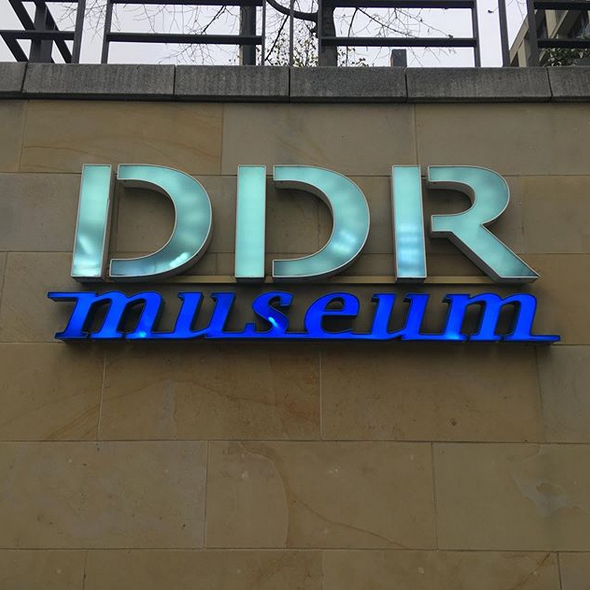 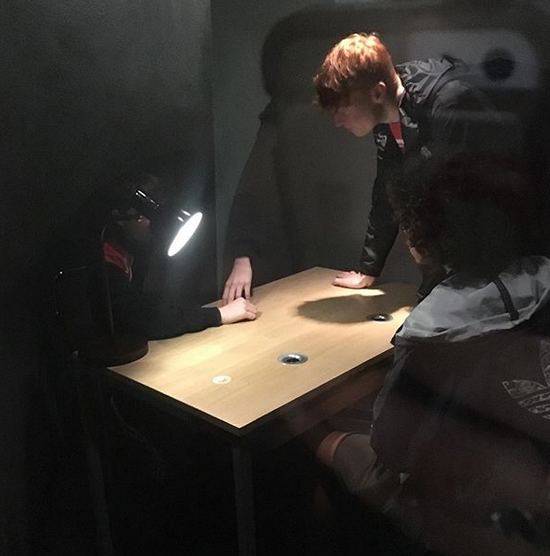 Following a final walk through the heart of the city we boarded our coach to the airport and began the journey home. Throughout the whistlestop tour, our pupils were fantastic and we cannot wait for our next trip to Berlin!

“Our trip to Berlin was AMAZING!! Each day was so informative, and we really enjoyed the vast range of enriching activities. Sachsenhasuen was an emotional insight into Nazi brutality and the actions of the Soviets. The chocolate shop was definitely a highlight! Thank you to all the teachers who took us on the trip." Tanwen and Hazel

"The Berlin trip packed a lot into four days! The group were expertly led by local guides and Mr Ferne, who encouraged our pupils to consider different points of view and ask questions. Throughout the trip, all Deer Park pupils were mature and thoughtful, and it was a pleasure to accompany them." Miss Bluett, Humanities Teacher

Pupils were incredible across 4 jam-packed days and have greatly enhanced their understanding of both life under the Nazis and the Cold War. They demonstrated a fantastic level of maturity, consistently asked brilliant questions and were a true credit to the school.