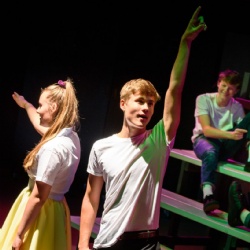 The cast of Grease at Cirencester Deer Park School are in their second month of rehearsals for the whole school production, which will be on stage in February 2020. We have so many talented performers that we have made the decision to double cast. Some cast members have already had a taste of performing elements from the musical, when they treated prospective pupils and their parents to some of the dance routines at our September Open Evening.

On Thursday 10 October 2019, 65 pupils in Years 7 to 11 went to the New Theatre in Oxford to see a 'Made at Curve' professional production of Grease. The theatre trip was the perfect opportunity for our cast to gain a better understanding of their roles, to get ideas on how to perform their part, and to be inspired!

This professional show did not disappoint, with high intensity dance routines, brilliantly timed comical moments and outstanding solo singing - our pupils were incredibly impressed. "Greased Lightnin’" was a show-stopper, with the car being raised off the ground during a dance break. The pupils were very excited. During the interval they were discussing whether our dance routines were better than the ones they had seen at the theatre or not! They were really impressed with the singing and the confidence of the performers. Many pupils have said they want to up their game after seeing it on the stage. It was helpful for our pupils to see each scene go from script to stage and the creative ideas that each performer has come up with, putting their own stamp on the character they have played.

Nigel (Year 8) said ‘I enjoyed the performance, particularly the end as it was very interactive - we could stand up and sing to the songs. There was also ice cream, so that was good!’

Jodie (Year 11), who is playing Marty in our production, said ‘It was a very enjoyable show and it helped me to visualise my own performance for when I am portraying that character. But my favourite bit was Greased Lightnin’ - it was so memorable, I will never forget that flying car!’

Joe (Year 11), who will be playing Kenickie, Danny Zuko’s best friend, said ‘The production was very good, I felt that it really helped me in my own role in our production of Grease. To see my own role being performed in a professional theatre was very inspiring.'

Do you know the story of Grease? Many people will remember the film, released in 1978, starring Olivia Newton-John as Sandy and John Travolta as Danny.  Based in the 1950s, the story tells how teenagers Danny and Sandy fall in love one summer and then part ways forever. However, a change in circumstances leads them to be at the same school, where rebel Danny (leader of the greasers gang T-Birds) and prim Sandy (with her new friends The Pink Ladies) discover new sides to each other. Songs that topped the charts in the late 1970s such as "Summer Nights", "You're The One that I Want" and "Greased Lightnin'" will soon be on stage in Cirencester. We can't wait! 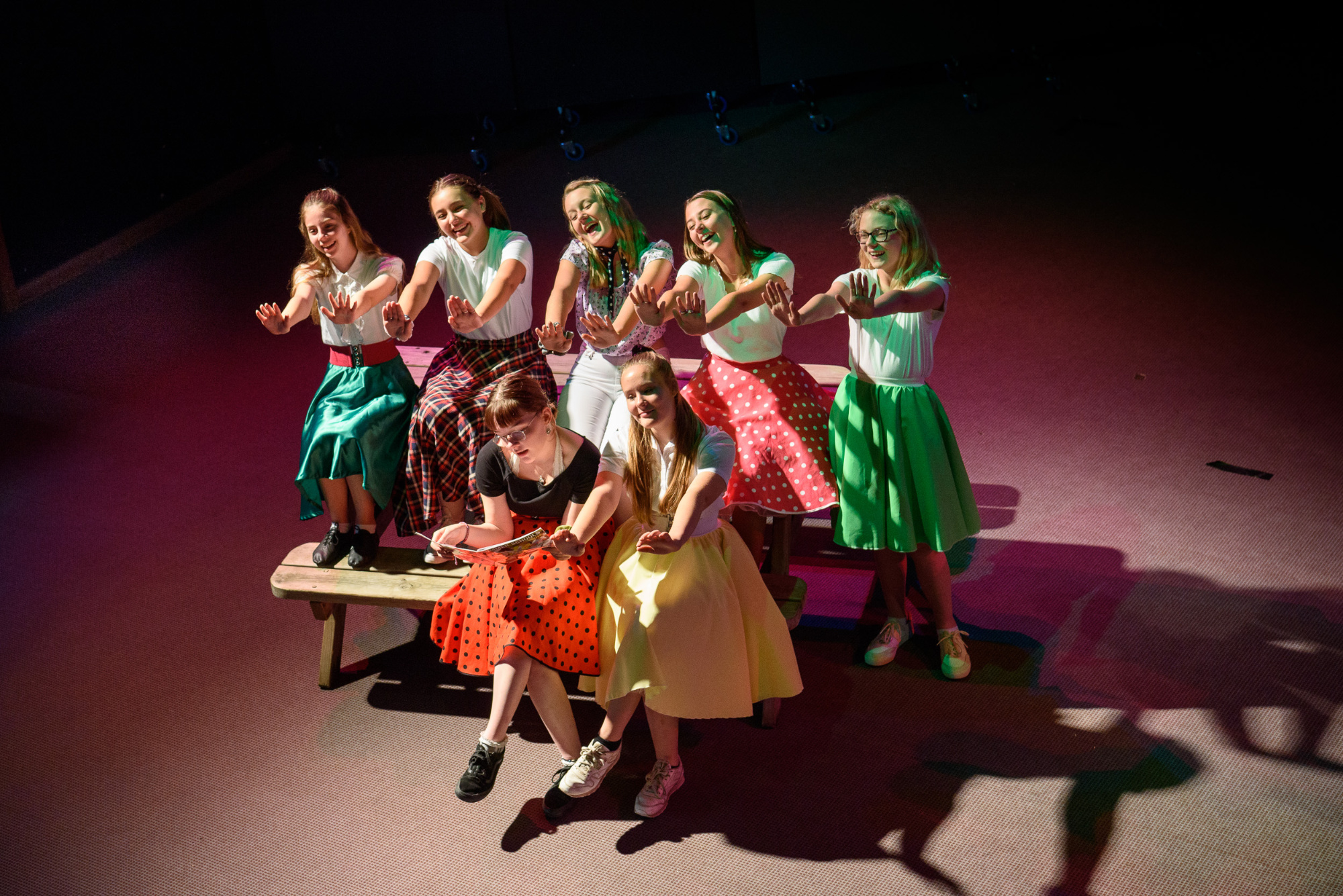 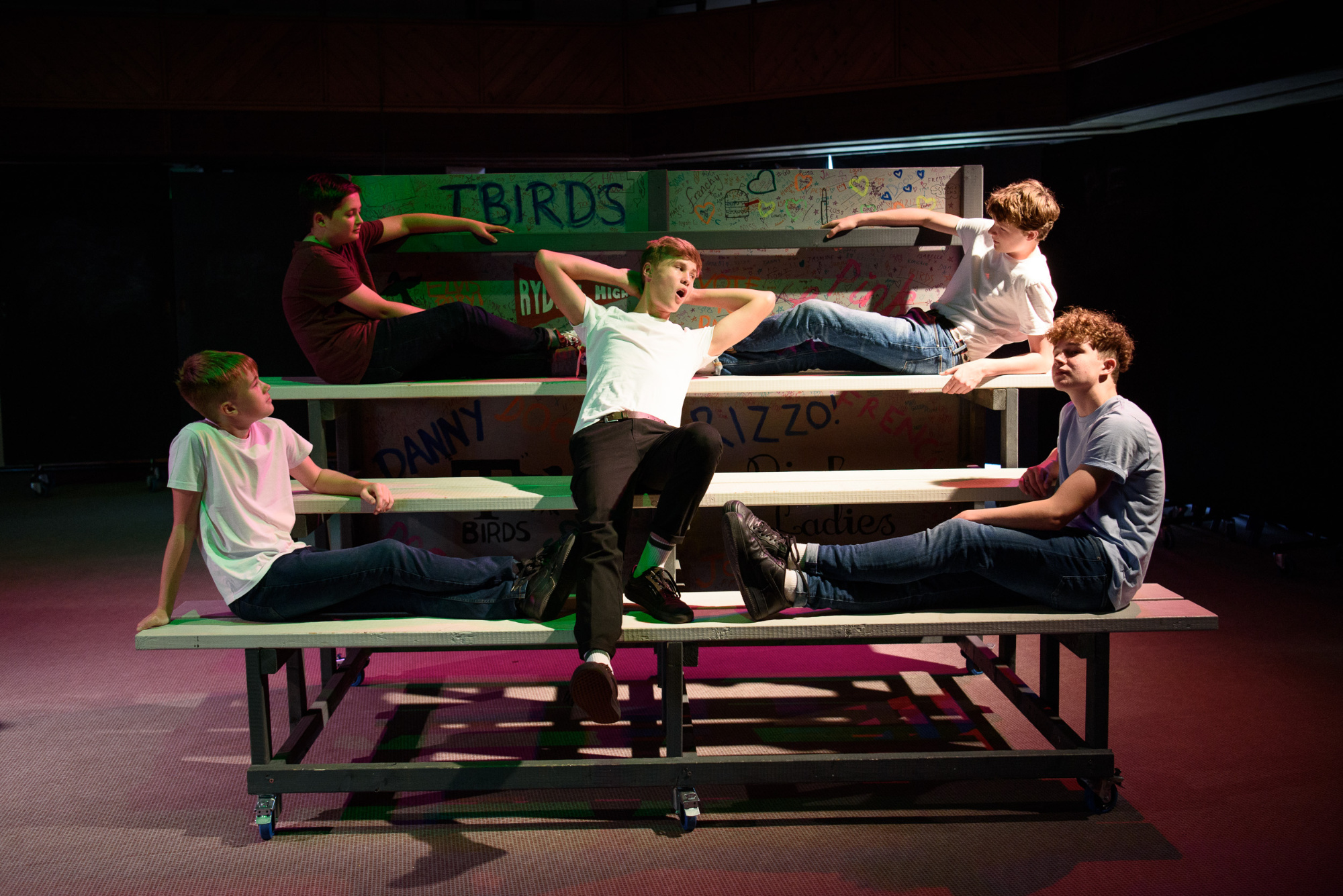