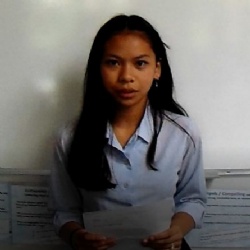 Just before the long Summer 2019 holiday, Year 9 pupils participated in a Poetry Slam entitled ‘Shake the Dust’ in their English lessons. The aim was to capture the pupils' opinions and the topics they feel passionate about. Slam poetry combines writing with drama, presentation and public speaking. Each class had two lessons to create and perform their poems, choosing three finalists to enter the final stages of the competition.

Slam the Dust is a poem by Anis  Mojgani, a sample of which is below

...For the boys with the beautiful sisters
Shake the dust
For the girls with the brothers who are going crazy
For those gym class wallflowers and the twelve year olds afraid of taking public showers
For the kid who is always late to class because he forgets the combination to his locker
For the girl who loves somebody else
Shake the dust...

Our pupils engaged fully with the Poetry Slam and conveyed their views on a diverse range of topics, including plastic pollution, animal cruelty, bullying and gender issues. Each group of pupils considered how they wanted to perform their poems in front of their class; some performed as a group, others chose one spokesperson, with pupils changing their pace and volume, as well as using lots of emphasis. 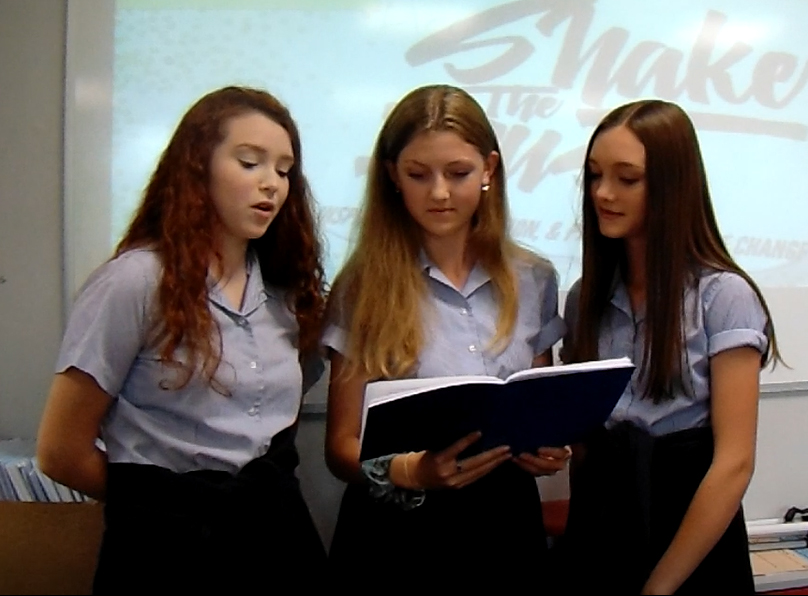 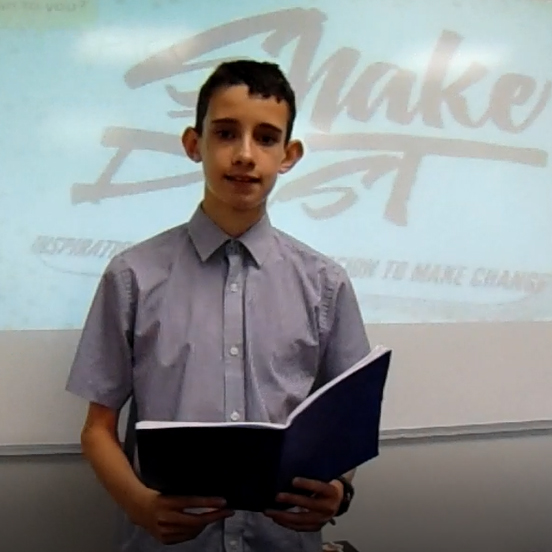 It was incredible to watch all the performances! Choosing the finalists and the overall winner was really hard.

The overall winner of our Poetry Slam 2019 was Nyah, whose poem and performance was absolutely amazing! Nyah really embraced all of the elements of slam poetry with particularly effort in her performance, which she delivered as two characters, only one of which was human.

This is what Nyah said about her experience: 'I'm usually not very expressive, so being able to have a way to communicate my feelings in a way that I am very passionate about makes me feel elated.'

Mr Lay, who teaches Nyah, said ‘I was amazed to see and hear Nyah's performance poetry. She gave her poem a 'voice' and expressed some powerful and raw emotions eloquently.’

Overall, our Poetry Slam was a huge success. It was a delight to see pupils so engaged with poetry and play around with the English Language effectively.