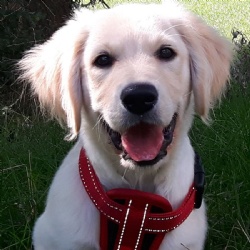 During the summer of 2019 the new Cirencester Deer Park School dog, Wilbur, arrived in my family home. We had long been anticipating his arrival and were eager to get to know our new, furry, bundle of joy. Mrs Lay had always wanted a dog named Wilbur, after reading 'Charlotte’s Web' by E.B. White as a child and therefore, after a lot of deliberation, the name Wilbur was decided upon.

His first week was full of exciting surprises for him - there was a plethora of new things to sniff, hide and chew! We still have most of our chair legs, but some may look like toothpicks by Christmas...

Everywhere we have been, Wilbur has been inundated with people wanting to say hello and stroke him. He is an energetic young chap and his boundless energy will be incredibly beneficial when he is ‘working’ at Deer Park.

Wilbur spent the first few weeks with us exploring our local area of Gloucestershire and meeting a number of the local dogs. It is amazing how many new people that you speak to when you have a 3 month old puppy walking alongside you. 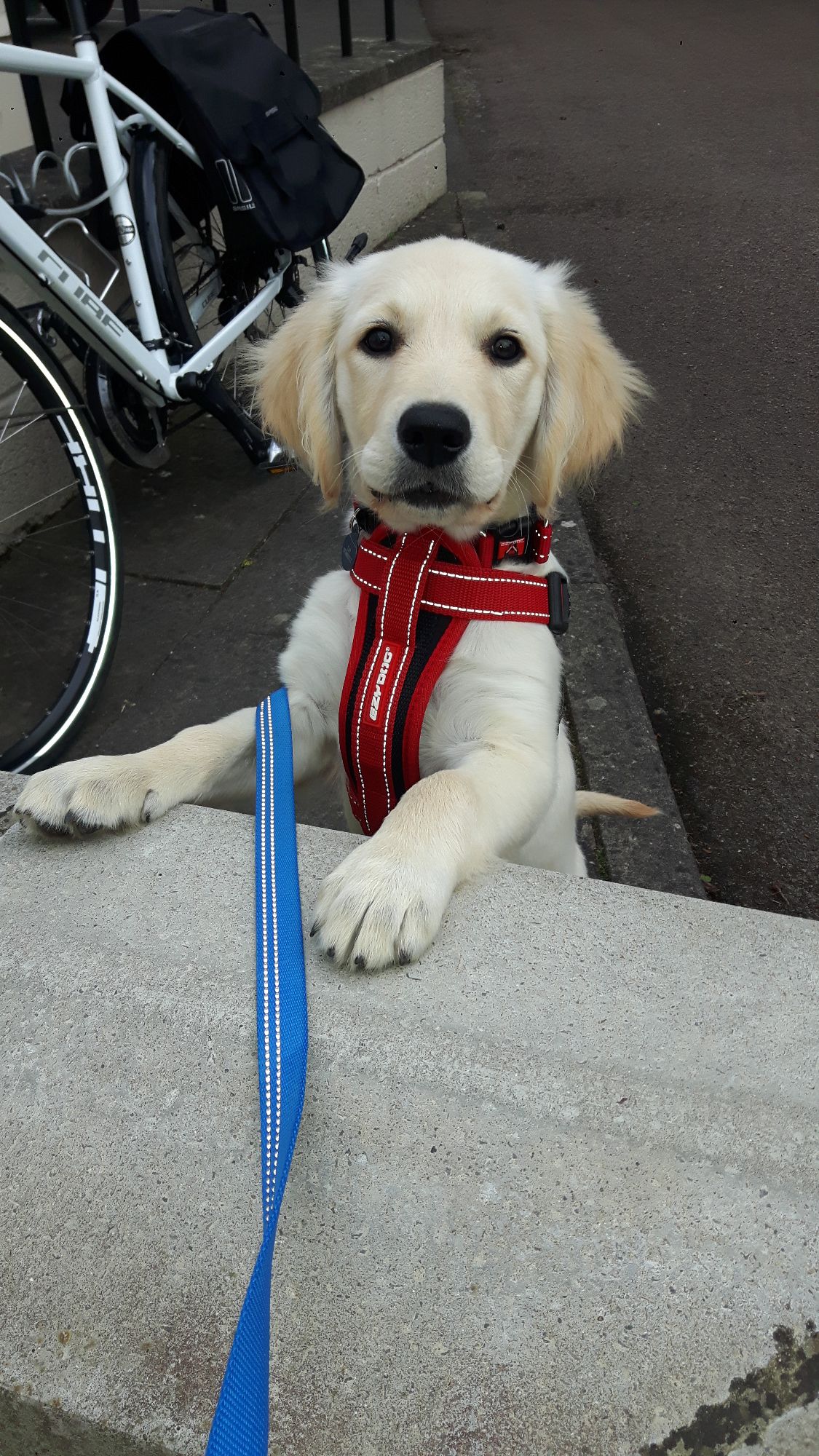 Wilbur’s first puppy training class coincided with the first week of term, but beforehand I spent a lot of time encouraging him to obey specific commands. He can "Sit" and will also lie down on command. "Stay" and "Wait" are taking a bit longer but I am sure he will get there in the end!

Since starting at Deer Park, Wilbur has met so many new people and he has seemed to take it all in his stride. He is often complimented on his calm temperament (which does appear in-between small bouts of frenetic activity!) and he is, according to many who have met him, the cutest puppy ever seen.

He has been a revelation to our family and he has already helped us create some unique memories. I am excited to see what his future holds as the ‘Deer Park School Dog’.

Who are our School Dogs?

We started with Mrs Stubbs' Golden Retriever, Denzil, whose laidback character is perfect for a school dog and he is a great mentor for incoming pups. In September 2016 Cosmo joined Mr Johnson's family and, from the start, was a popular and energetic member of the school community. When we discovered in late Spring 2019 that Cosmo and his family were moving to Belgium, we were both sad for our loss and delighted for the Johnson family, and the quest began to find a new dog and family, culminating in Wilbur arriving into Mr Lay's family this summer.

You can follow our dogs on Twitter  @CDPSdogs and we are encouraging our pupils to send in their photographs of Denzil and Wilbur for inclusion.

What do our pupils and staff think?

Milly O (Year 8): "Wilbur made me feel calm in the lesson and it was nice to see him sleeping at the front while we were reading."
Wilf T  (Year 8): "I feel he is an amazing addition to the lesson!"

"I have been impressed by how quickly Wilbur has adjusted to the school environment. It was important to us that we found a puppy with the right temperament and an owner prepared to train and socialise him! Mr Lay and his family are doing a great job. As a Mastermariner Golden Retriever, Wilbur is distantly related to Denzil and Cosmo. He clearly shares their good nature and laid-back disposition! Wilbur has already provided ‘therapy’; several pupils and members of staff have been to see him for a fuss in the Pastoral Office and he has definitely put smiles on their faces!" Chiquita Henson, Headteacher

Darcie W  (Year 8): "Wilbur made me calmer and focus on the lesson more. He is very cute and he allowed me to stroke him. He is very well-behaved."

"We are enjoying getting to know the youngest member of the Pastoral Team, Wilbur. Like any young creature, he has spurts of energy followed by flopping in a heap! He currently has limited interaction with pupils, so that he doesn't get overwhelmed - everyone (pupils and staff) wants to say hello to him - but he is of course very curious about everything. His mentor Denzil is being really patient. We are working in parallel with Mr Lay to ensure we give Wilbur consistent messages and clear boundaries - just like having another child! He is incredibly cute!" Pastoral Team

Why doES Deer Park have School dogs?

In January 2016 we announced that we would be trialling having a School Dog. Studies have shown that School Dogs can have a very positive effect on a range of pupils, from helping those who are struggling with things in school, reducing anxiety, improving reading confidence (by being read to) and generally being a calming influence. Three and half years later we are all amazed at the impact that the dogs have had on our school community! In addition, allowing some pupils to walk the dogs gives those pupils a sense of responsibility and builds their confidence. Everywhere around school, pupils and staff are pleased to see the dogs and the arrival of a new pup is always a cause for celebration and an opportunity for staff and pupils alike to take photos of a cute canine!