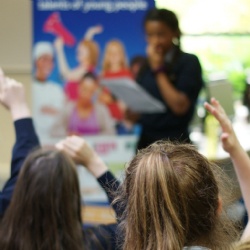 For the second year running, pupils at Deer Park took part in the first round of the annual Cirencester Rotary Club Public Speaking Competition. Having taken home the Fred Perkin Cup last year (read more...) the bar was already set ridiculously high and it was clear from the outset that our pupils had a challenge on their hands on Tuesday 9 July 2019.

Two hours. Just two hours were all that our pupils had to not only write a speech, but also practice and deliver it infront of a panel of judges from the Rotary Club and of course the rest of their peers. Thankfully, they rose magnificently to the challenge. Pupils across (new) Years 9, 10 and 11 were selected to participate. The judges remarked on the variety and sheer imagination of the topics involved and praised the wonderful creativity, not just in the writing, but in the performing as well. 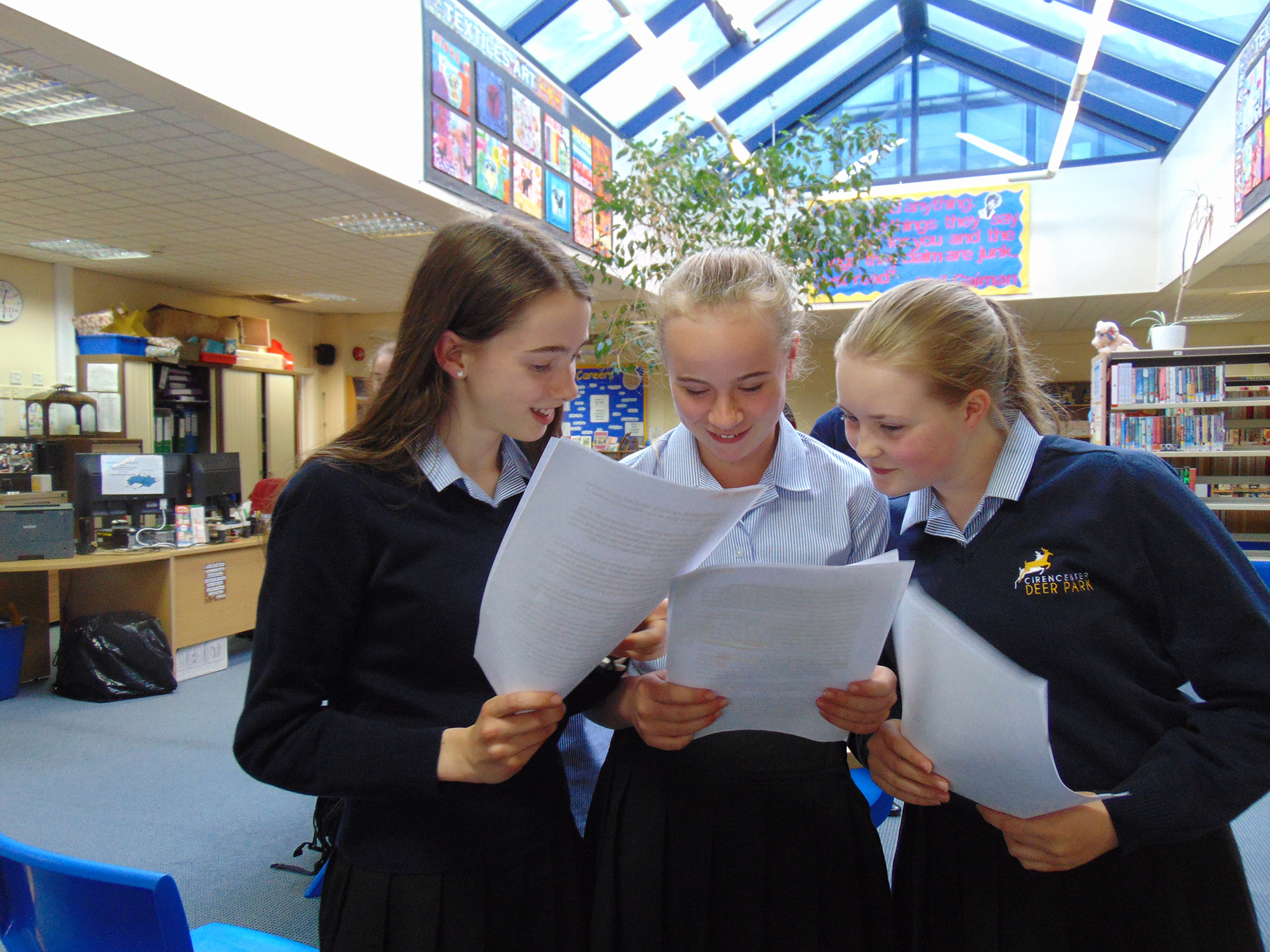 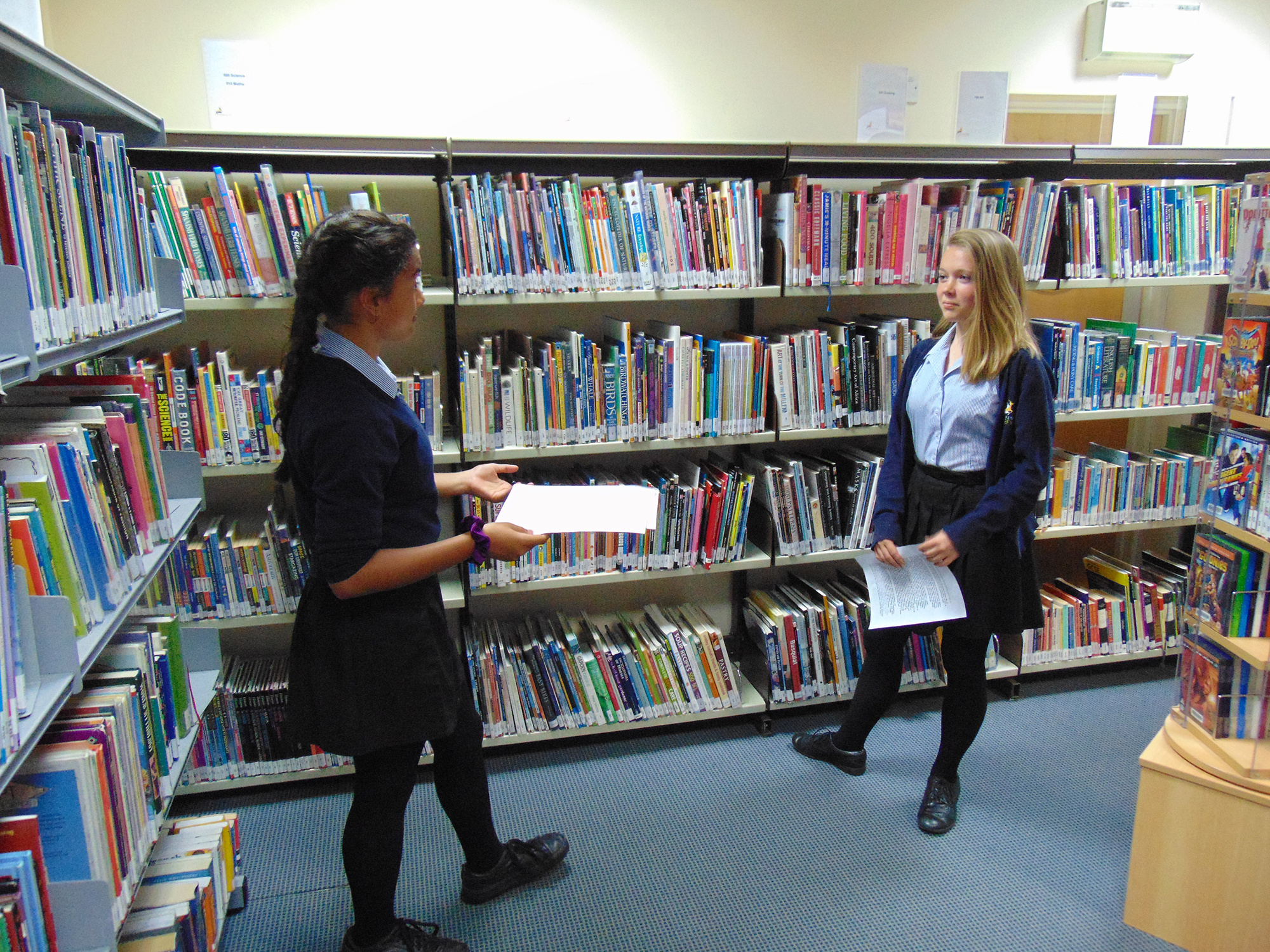 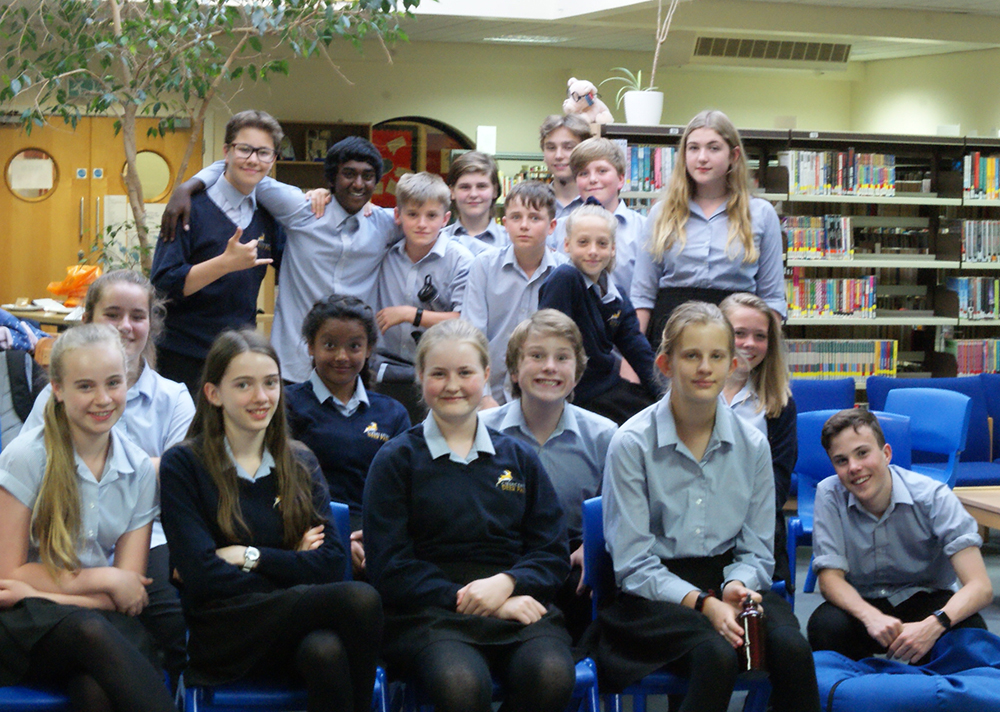 Poems, raps and even an enthusiastic hitting of a table were all part of the imaginative display that captivated their audiences. Each and every pupil truly did our school proud and showcased exactly the qualities we strive to instil here at Deer Park.

Of course there could only one winner from each year group and a big congratulation goes to Tamsin (new Year 9), Jaden (new Year 10) and Molly (new Year 11). 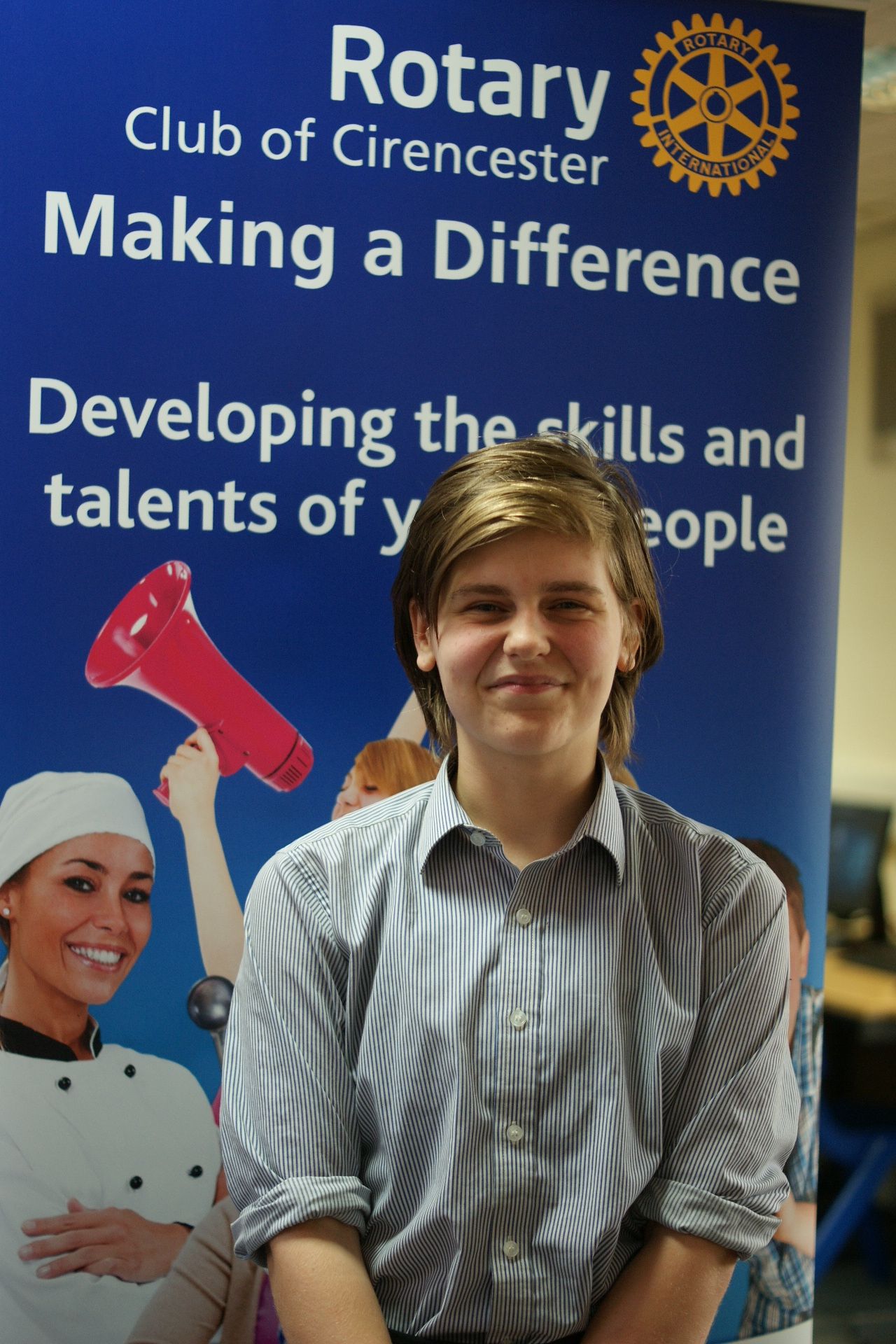 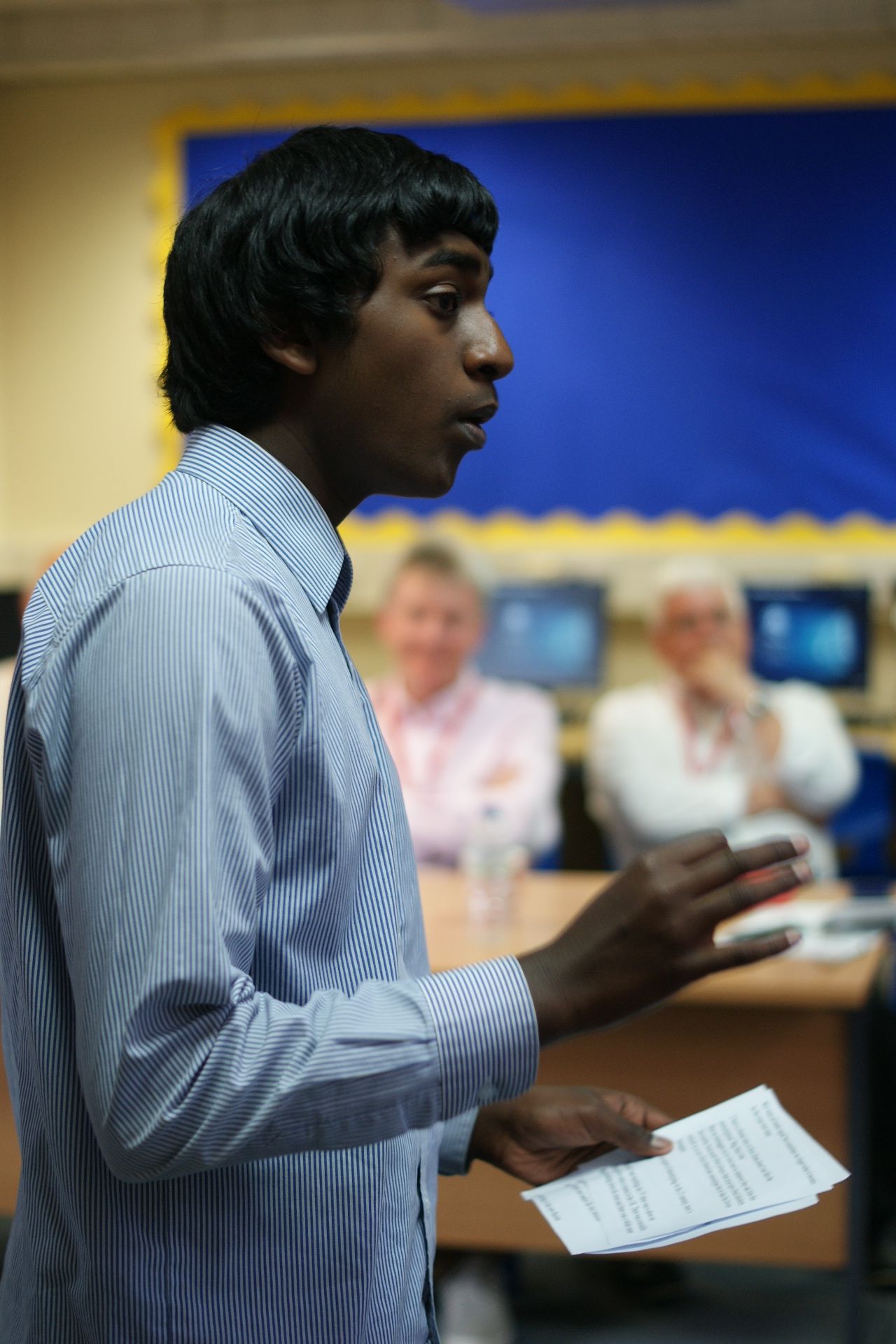 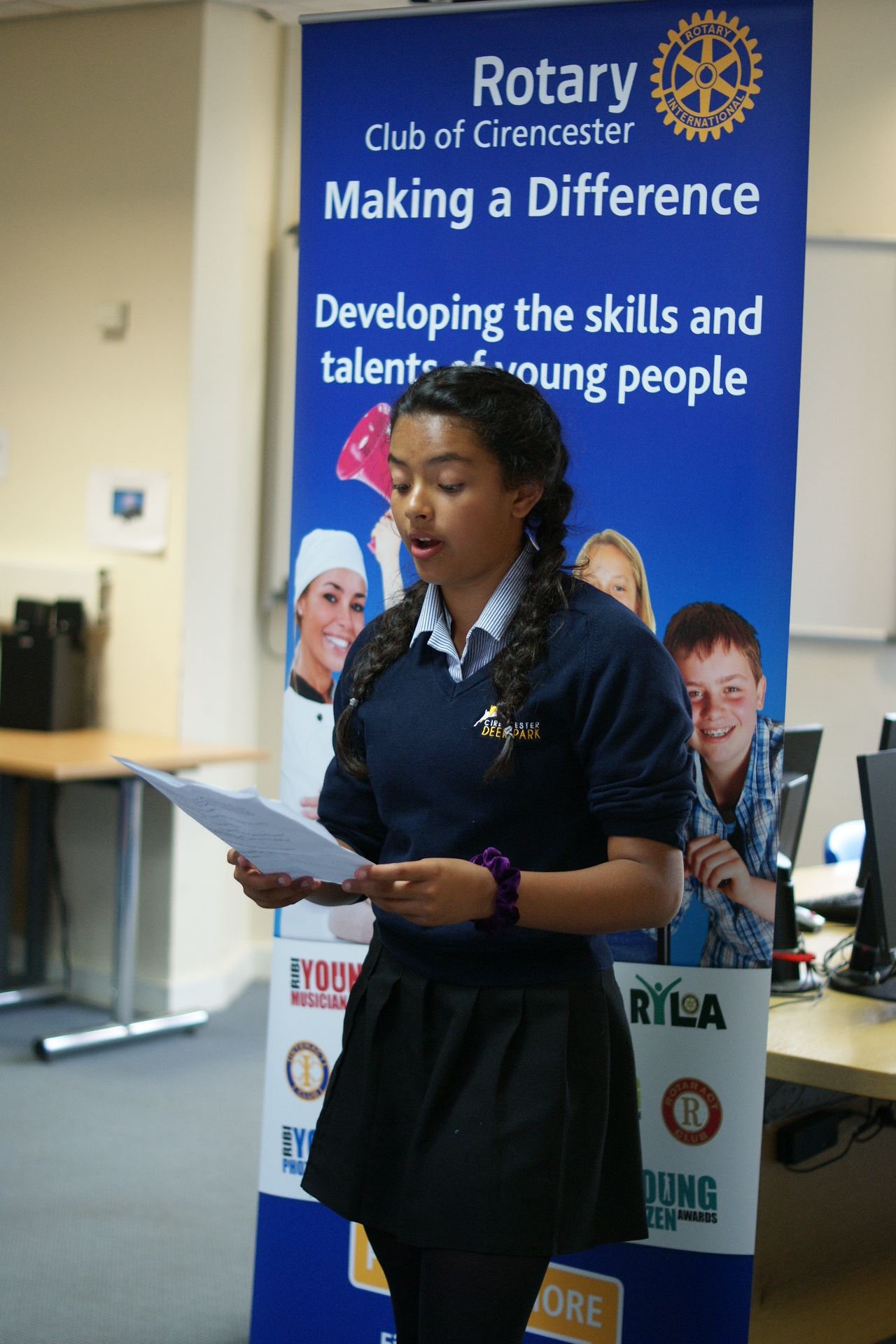 "I have become very attached to looking at the trophy over the last year. Here’s hoping we get to do so for another year!" Mr Morgan, English Teacher

"This was a really good experience that helped build confidence and gave me an opportunity to speak about something I'm passionate about." Jaden

These three pupils will now represent Deer Park at Rotary Club Public Speaking Event at the Royal Agricultural University on Wednesday 17 July 2019, when they will speak in front of not only the full Rotary Club, but also representatives from Kingshill and Farmors Schools. We wish the three of them the best of luck and know they will do us proud.

On Wednesday 17 July 2019 our Public Speaking contestants were once again in action, this time at the RAU and against pupils from Kingshill and Farmors for the Cirencester Rotary Club Schools Public Speaking Showcase. Although Tamsin, Jaden and Molly were again fantastic, the Fred Perkin Cup this year moves from one side of Cirencester to the other as the overall winner was judged to be a pupil from Kingshill. English teacher Mr Morgan is very keen for the cup to return to Deer Park next summer! Read Rotary Club press release. 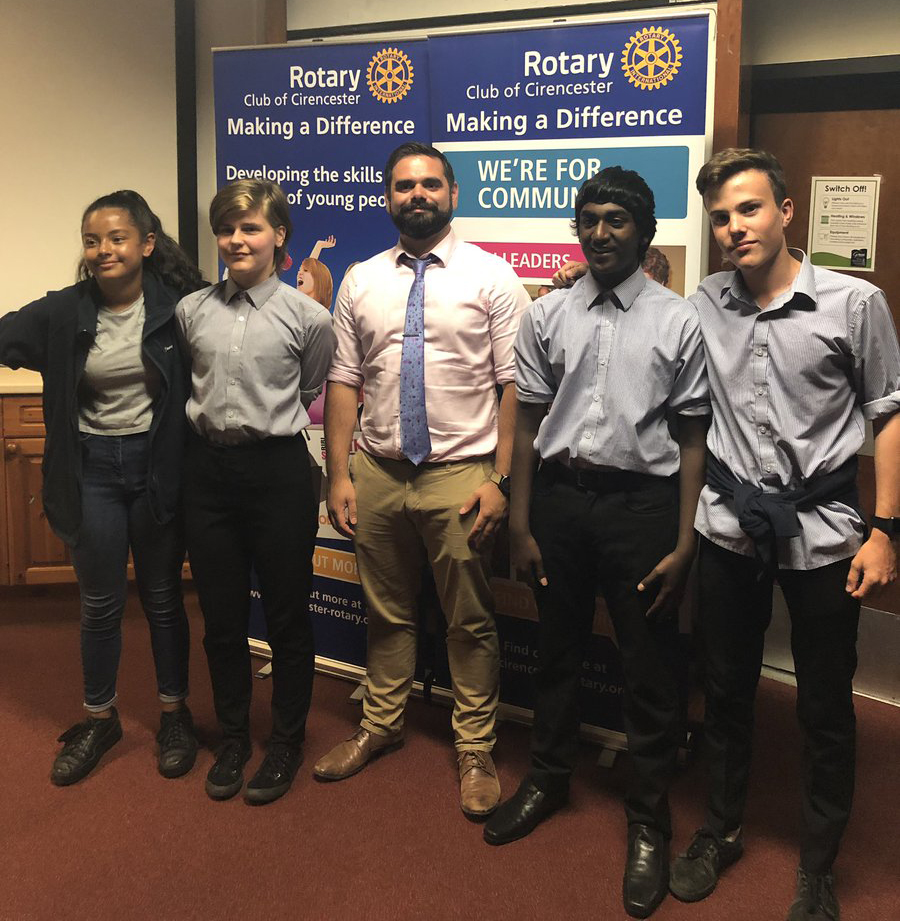