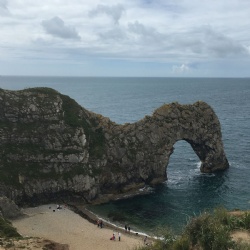 On Thursday 20 and Friday 21 June 2019 our Humanities Faculty took two groups of (new) Year 11 GCSE Geographers to the Jurassic Coast. After what felt like weeks of rain, the clouds cleared and both days were warm and dry.

The aim of the trip was to collect data on coastal landforms and evaluate the effectiveness of the coastal management in three locations along the Jurassic Coast. In class, pupils have been learning the theory of coastal processes and management and were ready to see this in reality. Pupils will be asked about their fieldwork experiences in their Physical Geography exam next June.

In the morning pupils visited Durdle Door and Lulworth Cove and as we descended the hill towards Durdle Door beach, many stopped to photograph the beautiful natural landscapes on this stretch of coastline. On the beach, pupils completed a wave count, sediment survey and beach gradient profile, and were encouraged to explain why these methods were appropriate and useful in collecting information about coastal processes. 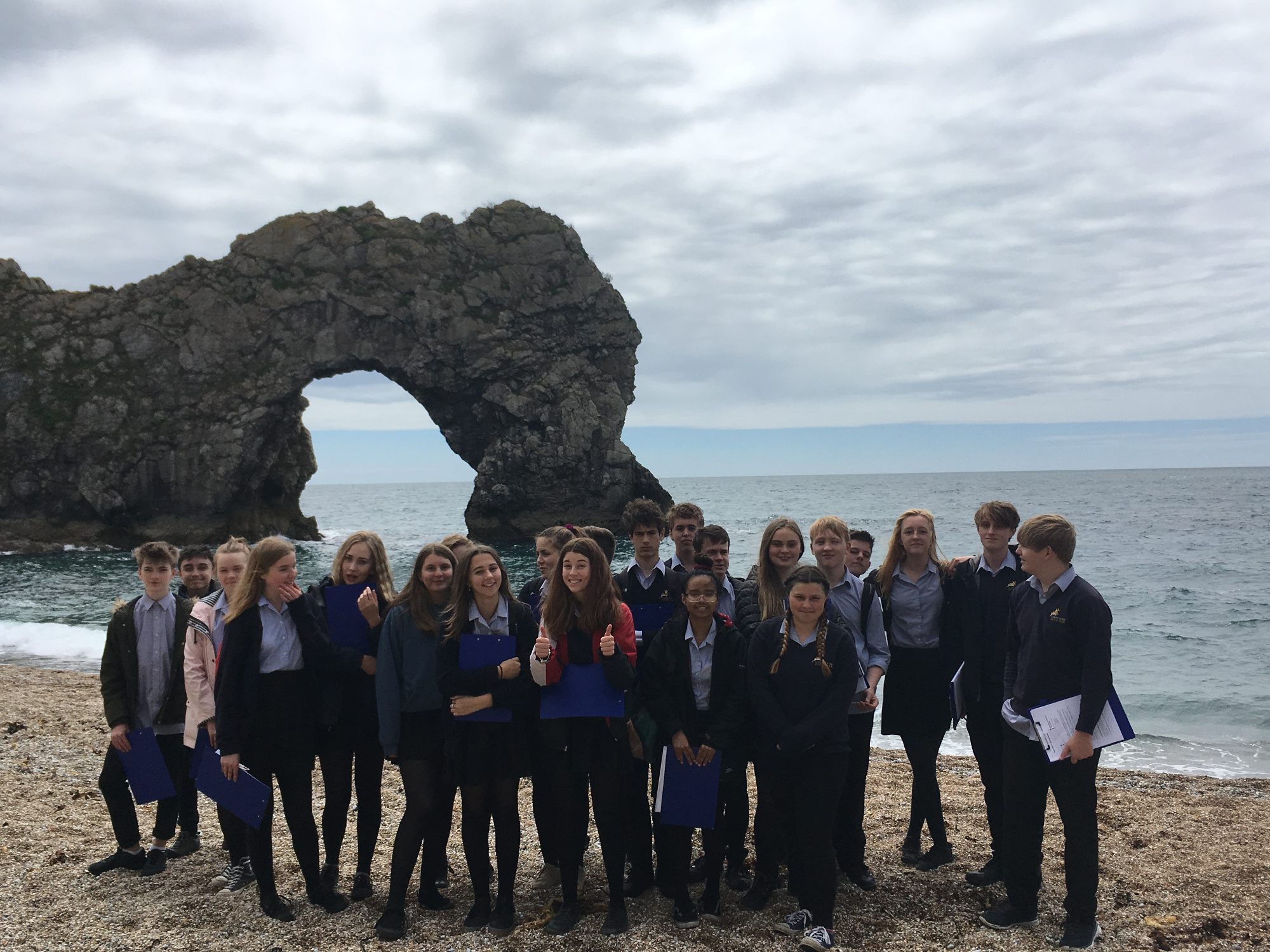 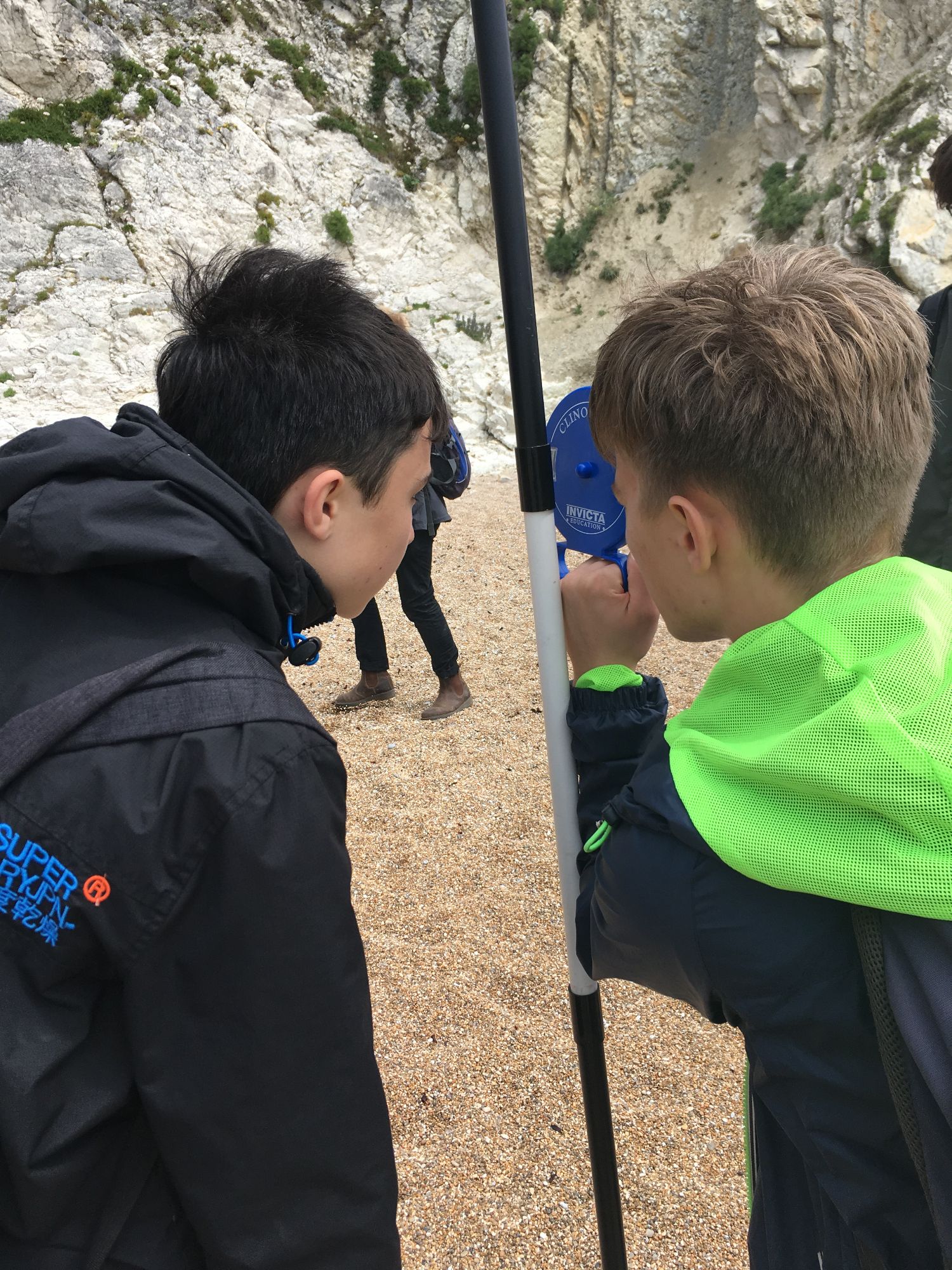 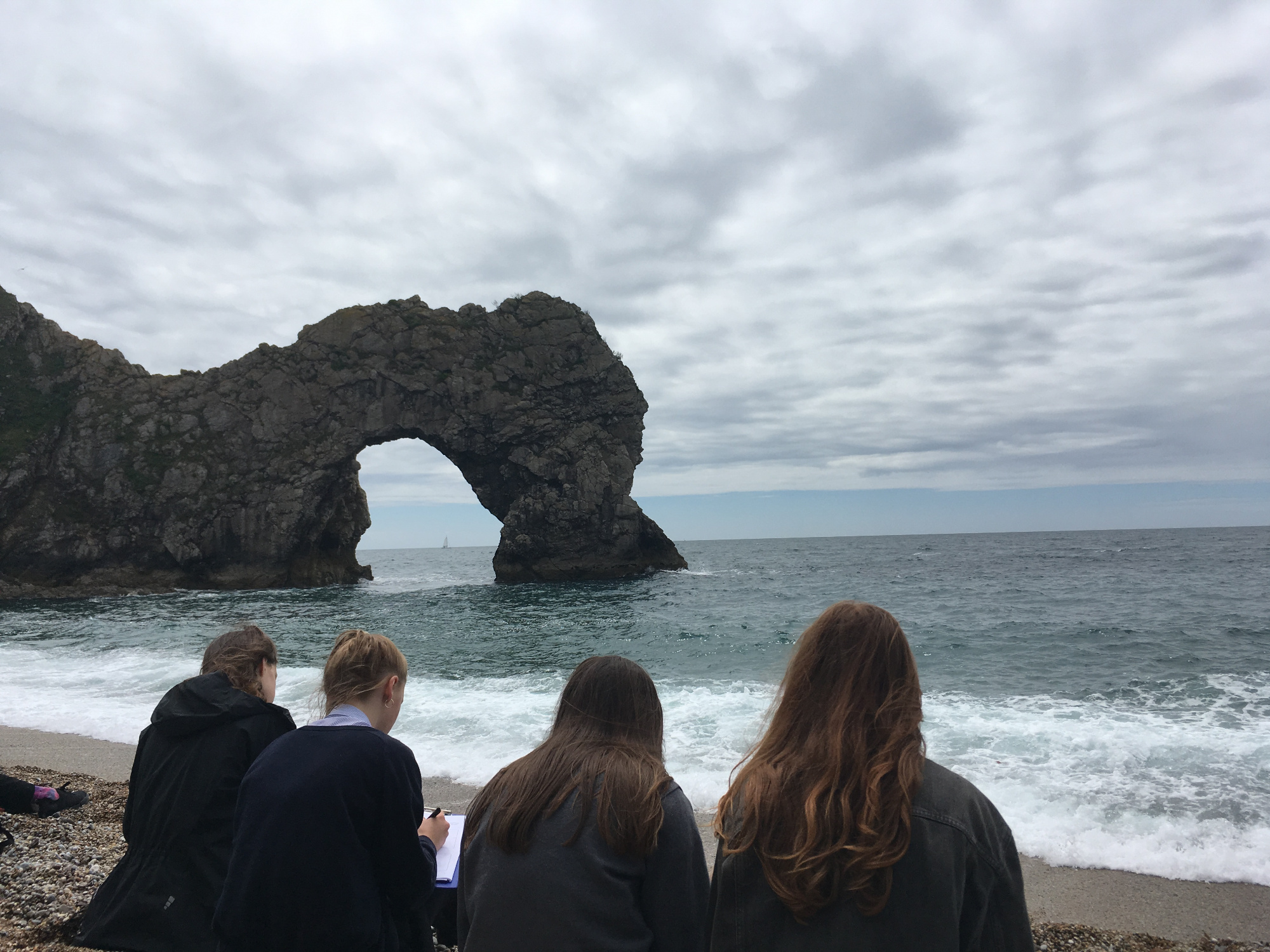 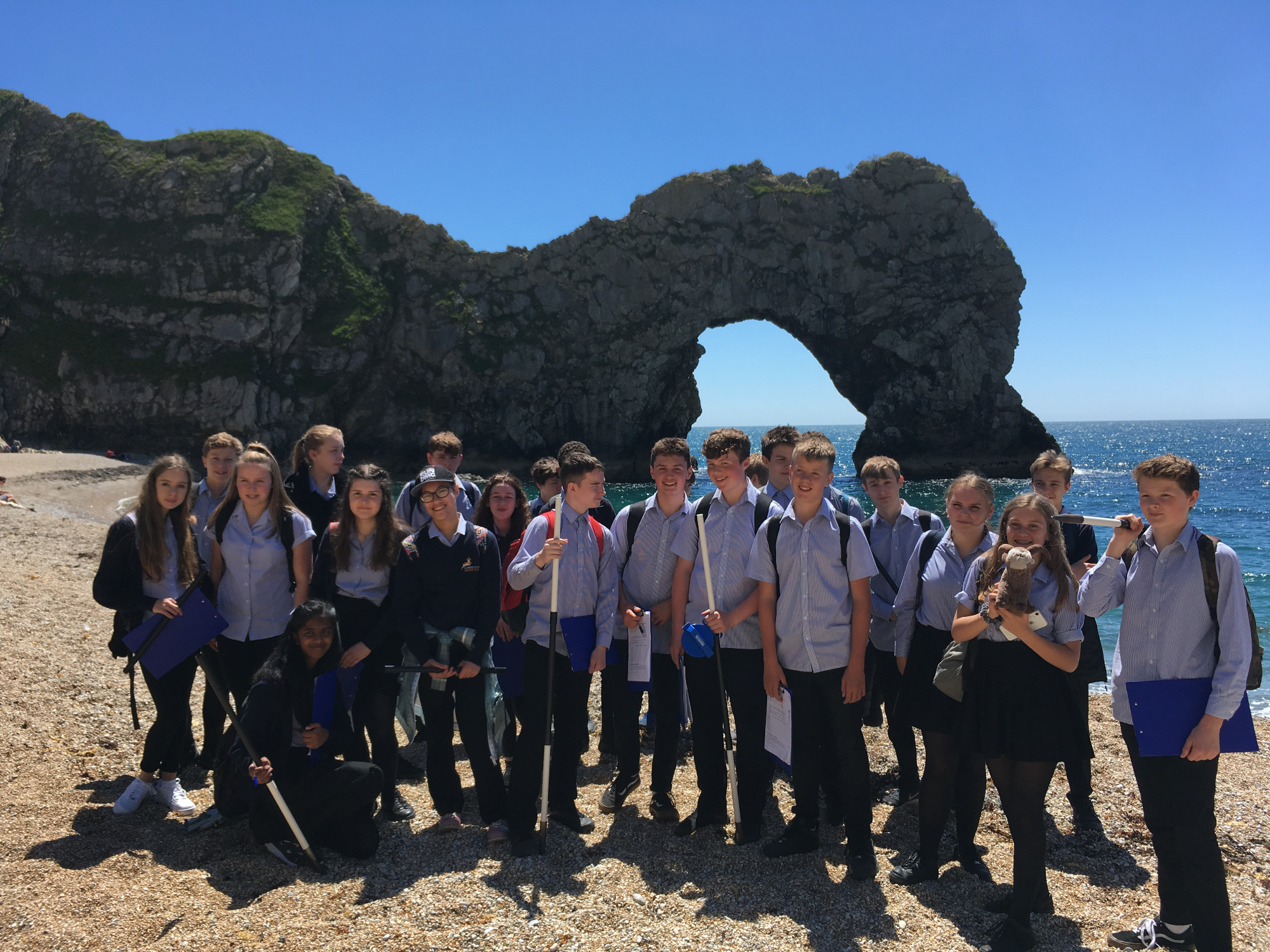 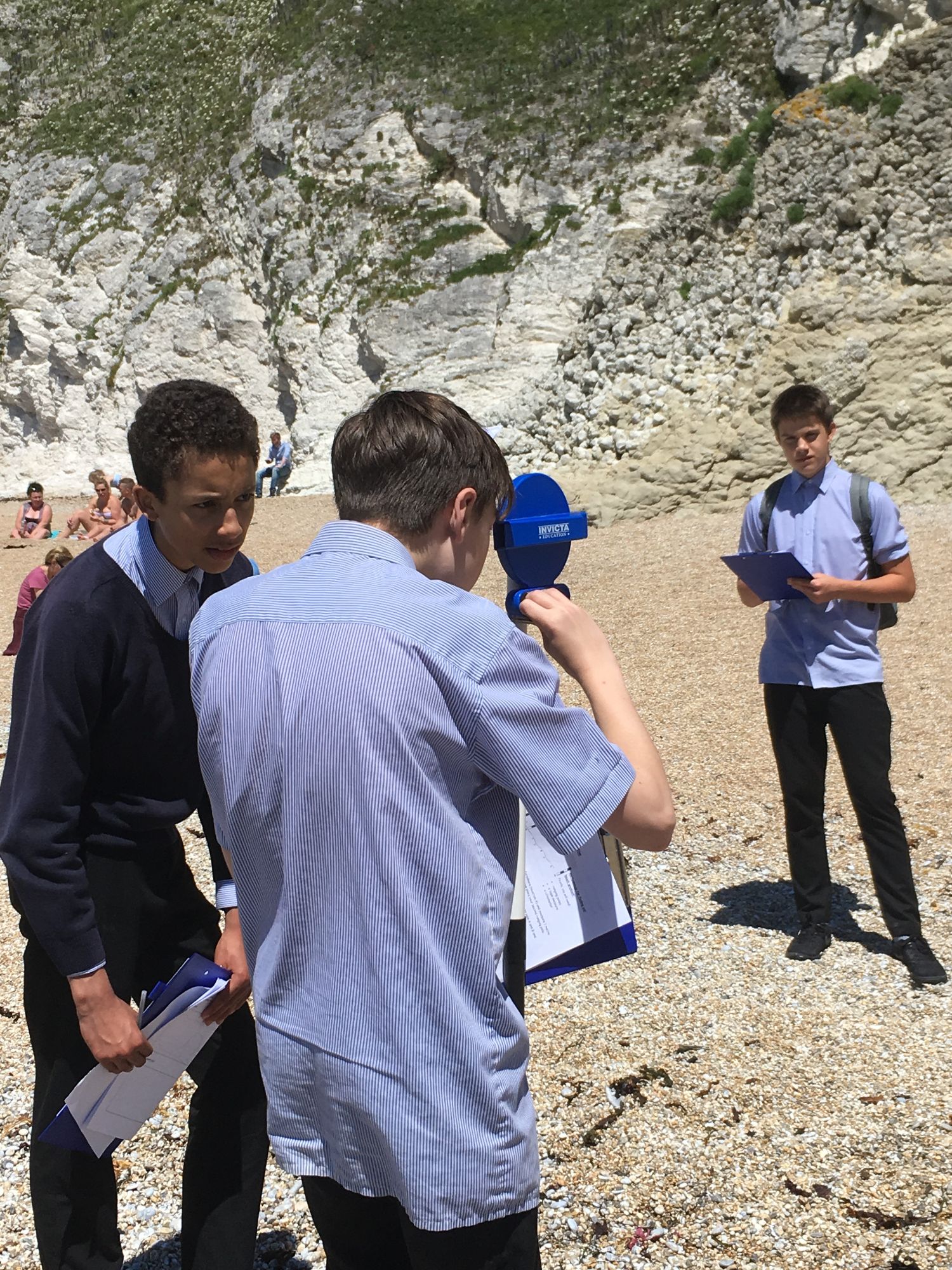 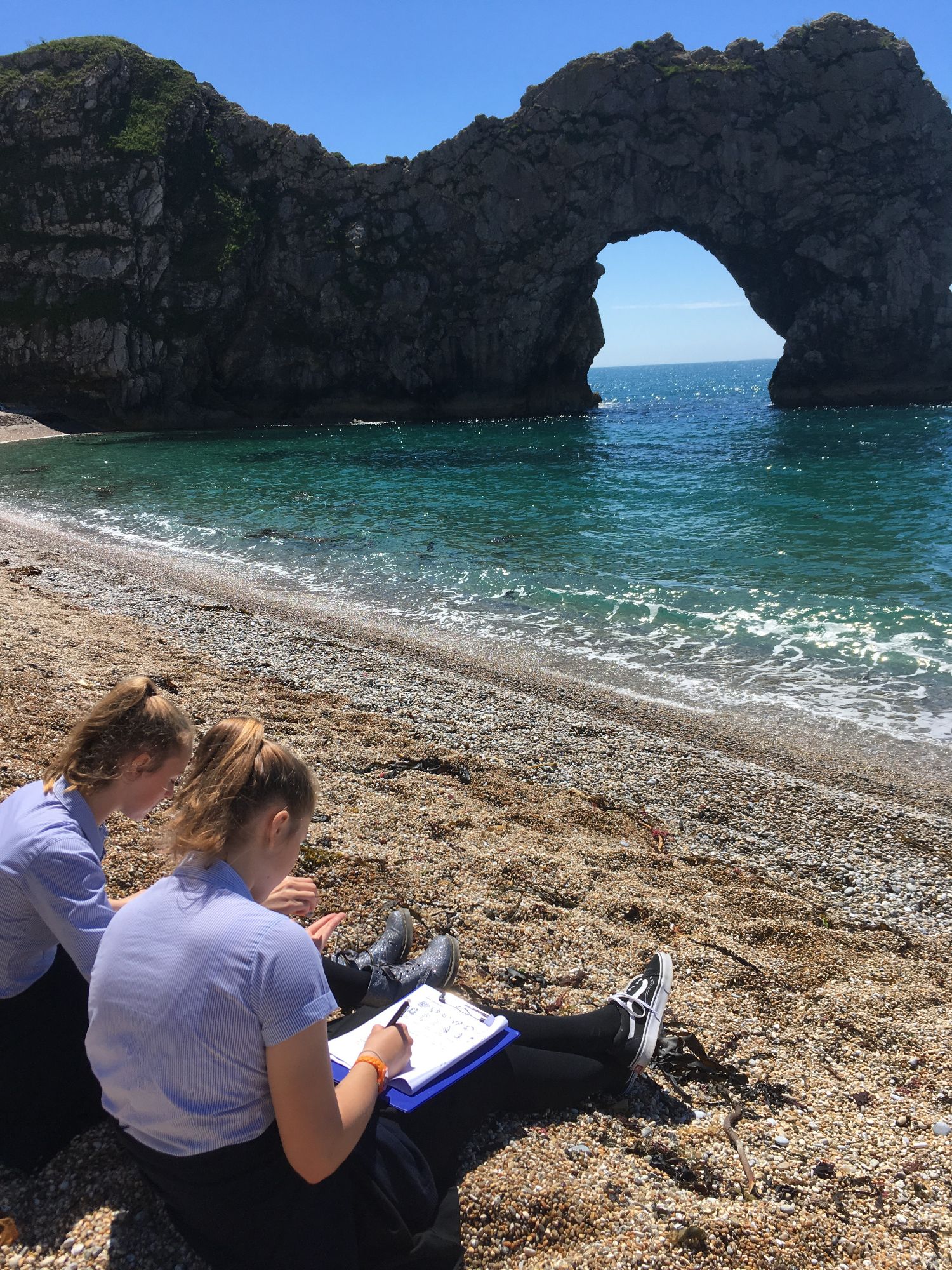 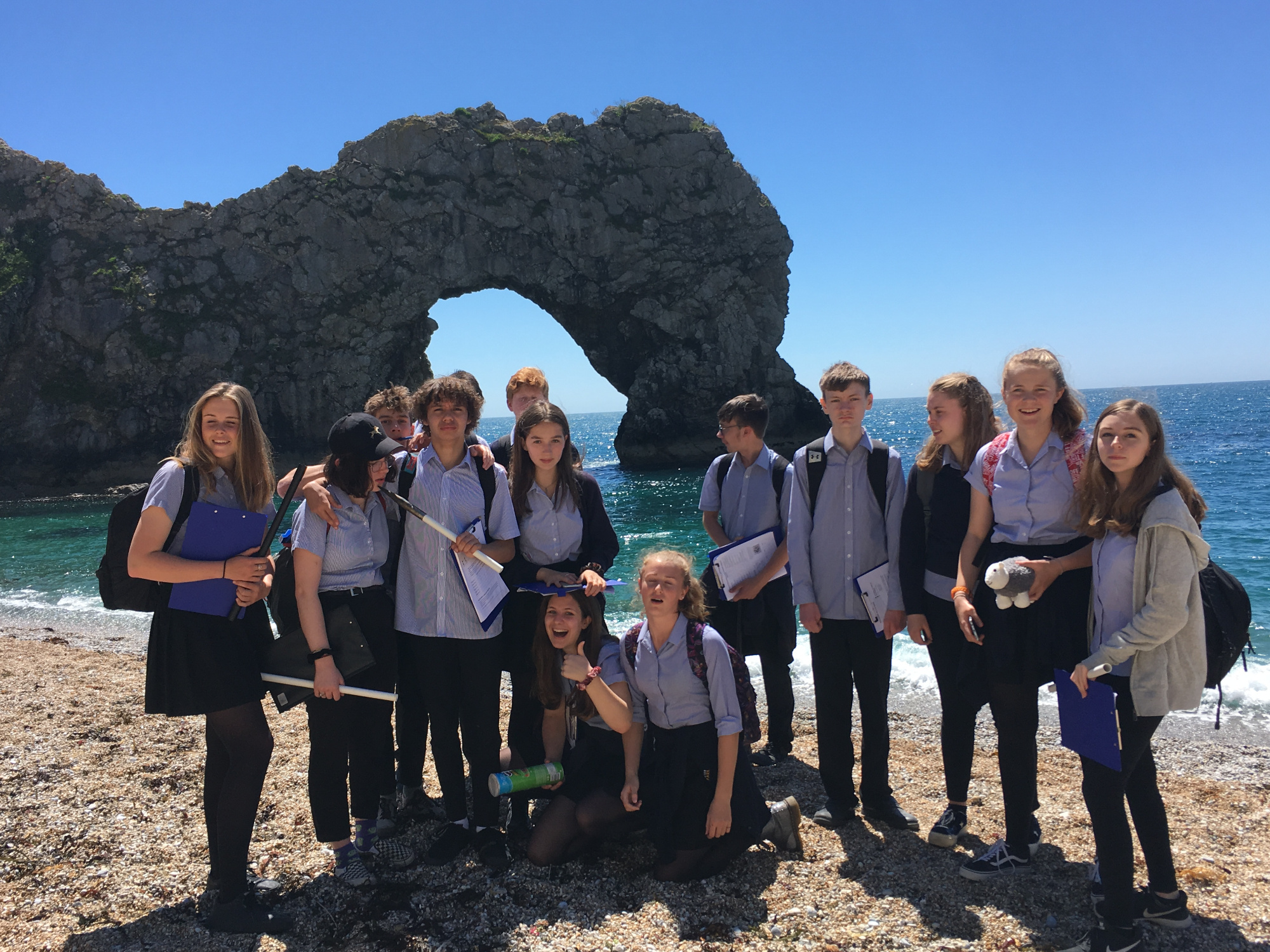 All pupils persevered and made it back up the hill to the cliff top and after a quick rest, we made our way down the hill to Lulworth Cove. After lunch, we compared the landforms, shape and sediment of Lulworth Cove to Durdle Door, finding many similarities due to both being on the same concordant coastline.

We then made our way further along the coastline to Swanage Bay, now on a discordant coastline, where hard and soft rocks are laid out at an angle to the coast. This has created distinct headlands and sheltered bays which are perfect for a day out or holiday at the beach. Due to the huge economic benefits of the tourism industry, Swanage is investing in many coastal management strategies and our pupils were asked to consider the effectiveness of these. By completing questionnaires, evaluation surveys and measuring the sediment heights along the beach, most decided that the coastal management strategies were effective at preventing erosion. 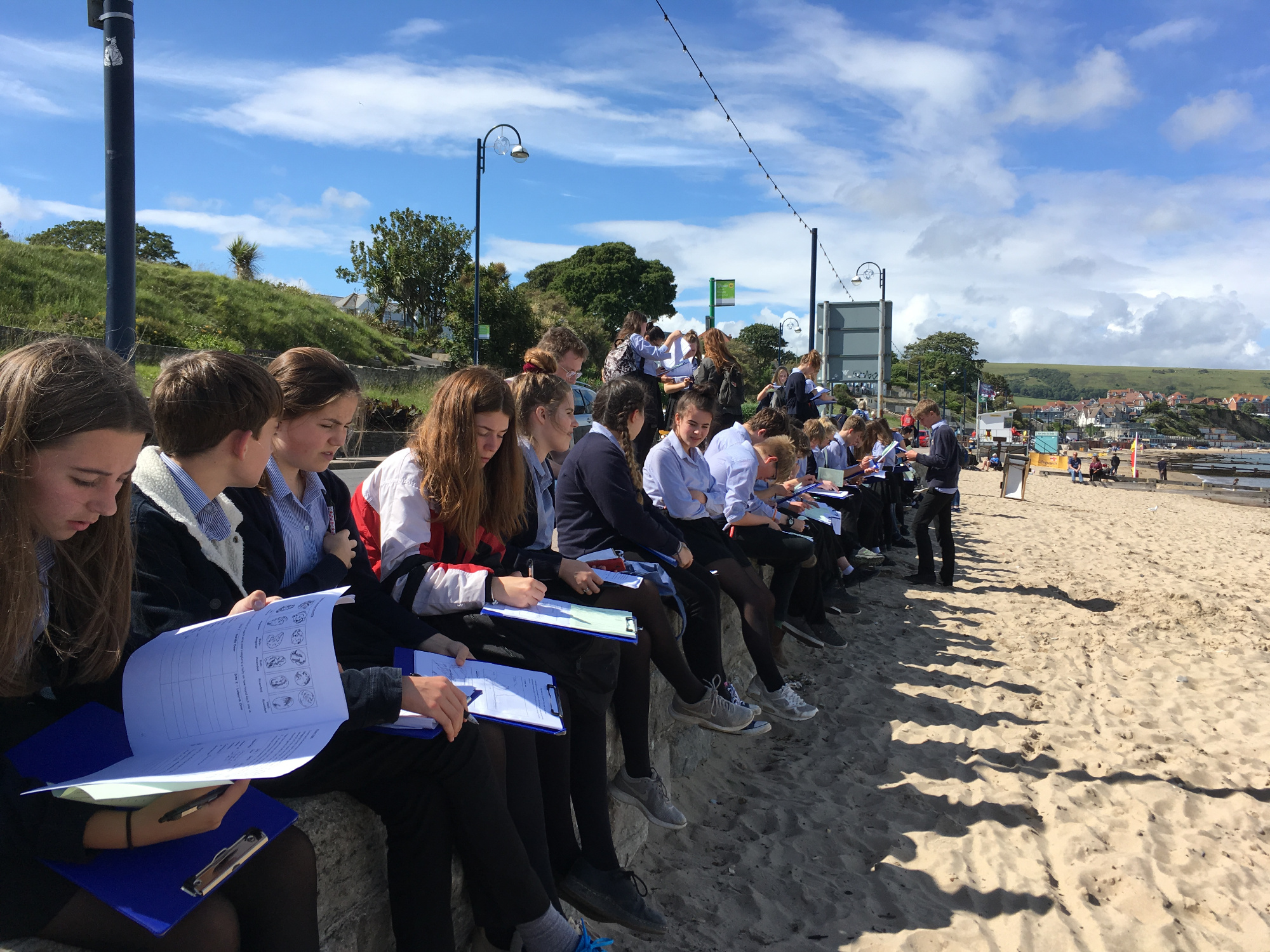 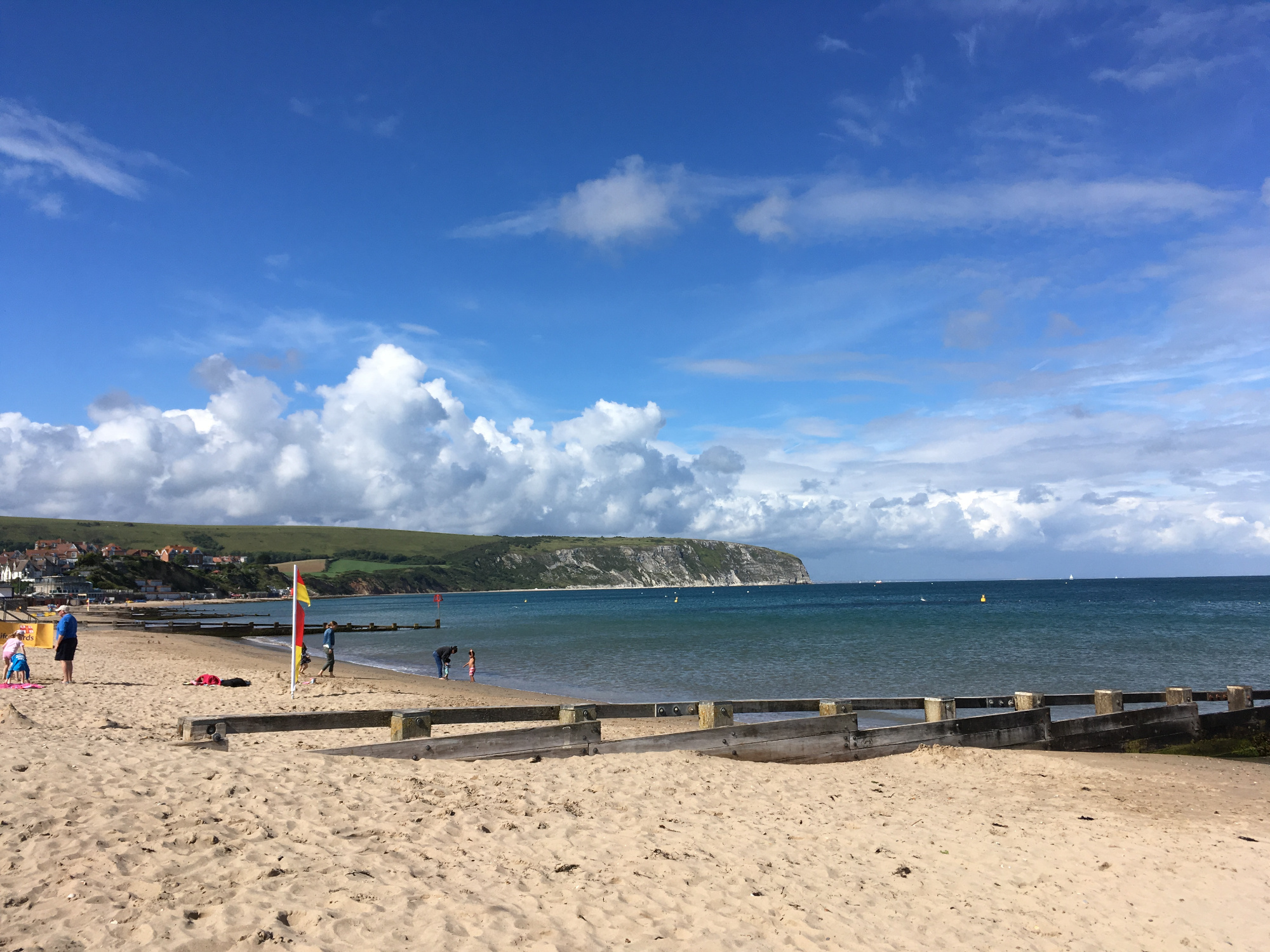 Back in class, all pupils will now be reflecting on their fieldwork experiences and evaluating their work, using their findings alongside their current topic but also in preparation for their exams next year.

It was a pleasure to take this group out on fieldwork; on both long 12-hour days, our pupils behaved impeccably and were a real credit to the school. Members of the public and lifeguards at Swanage took the time to let us know how polite and well-mannered the group were. Well done Year 11.