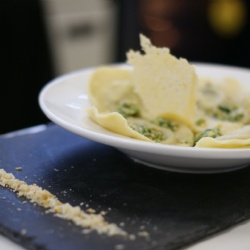 In February 2019, 4 pairs of budding chefs from Year 8 and Year 9 took part in an extra-curricular 'cook off’ competition after school. During this first round of the Create & Cook Competition our participants had just 1 hour to create a dish to impress the judges. Read more...

The Create & Cook Competition is open to 12-14 year olds across the region who have a love of food and of producing top quality dishes. The competition promotes seasonality, sustainability and food provenance. Anyone who enters has to demonstrate an understanding of these themes in a detailed (and lengthy!) application form. In addition, pupils have to highlight where their love for cooking comes from and who has inspired them along the way.

In order to take part, the pupils had to design a 2 course menu as a pair using local produce. The competition is sponsored by the Co-operative and pupils were required to select ingredients which fitted this brief.

Head of Design, Mrs Evans, and Miss Dearing, Teacher of Food Preparation and Nutrition, had the difficult job of selecting 3 pairs to take through to the next stage. It was a very hard decision as each pair had put in so much thought to arrive at their final dish. Some pupils even surveyed fellow peers and teachers to ask what dish they would like to see on their menu. The background research certainly paid off and showed how much commitment the pupils had made. All the participants produced fantastic dishes that showed passion and creativity. The skills involved were very impressive, with pupils demonstrating talent that was well beyond their years.

Once the final 3 pairs were chosen, their entry forms, final menu and photographs were submitted to the Create & Cook Competition organiser, Min Raisman. Min, along with a team from the Co-operative, selected just 4 pairs from all secondary schools in Gloucestershire to go through to the county final.

We are thrilled to announce that Leon W (8JE) and Deaken B (8LI) have been selected to go to the County Final at Gloucestershire College, Cheltenham on 14 May. They will prepare and cook their final menu in the College kitchen and later be judged by Gareth Fulford, chef and owner of award-winning Purslane restaurant in Cheltenham, Matt Fletcher, Best of our Counties, Midcounties Co-operative and Min Raisman, Organiser of The Create & Cook Competition. 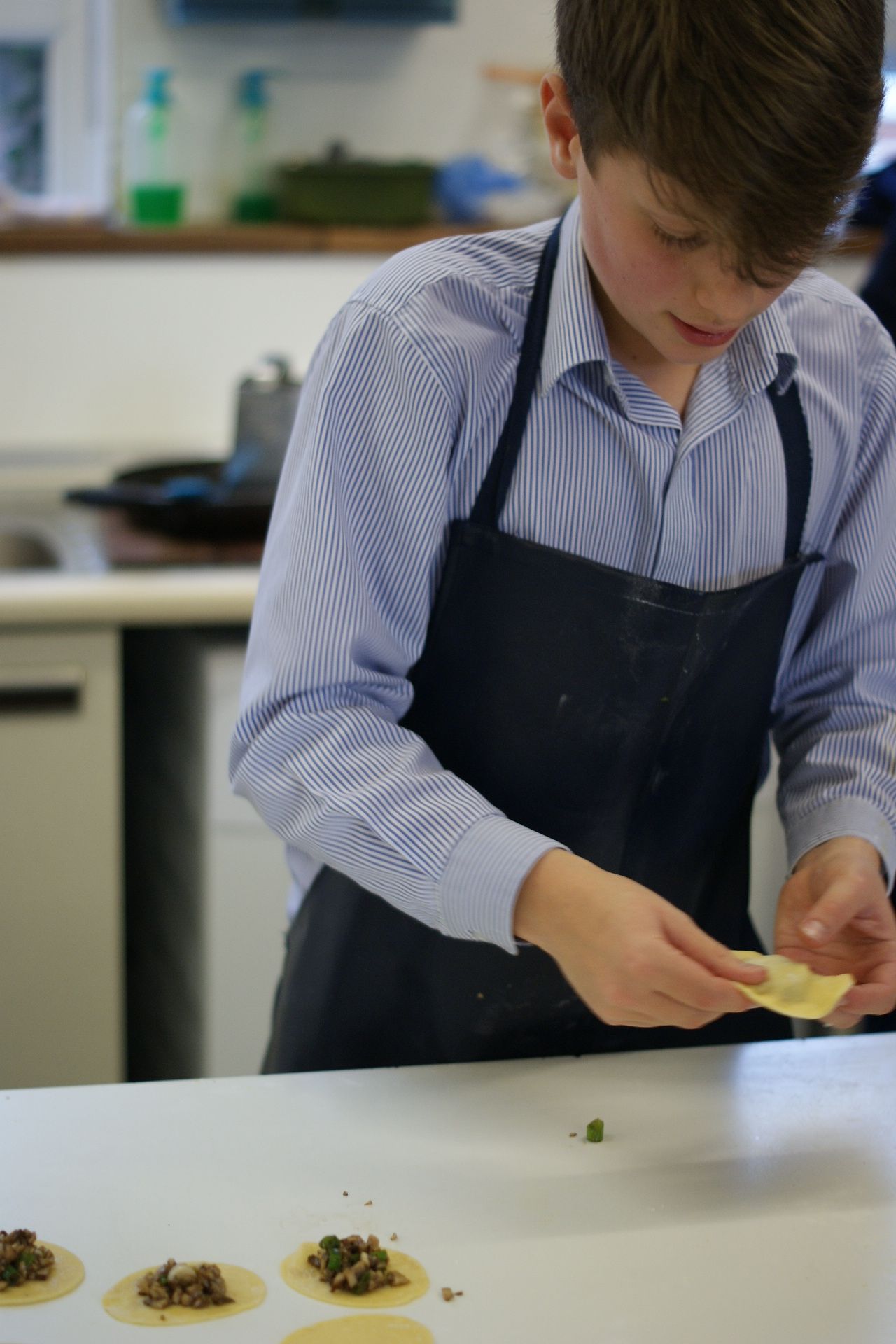 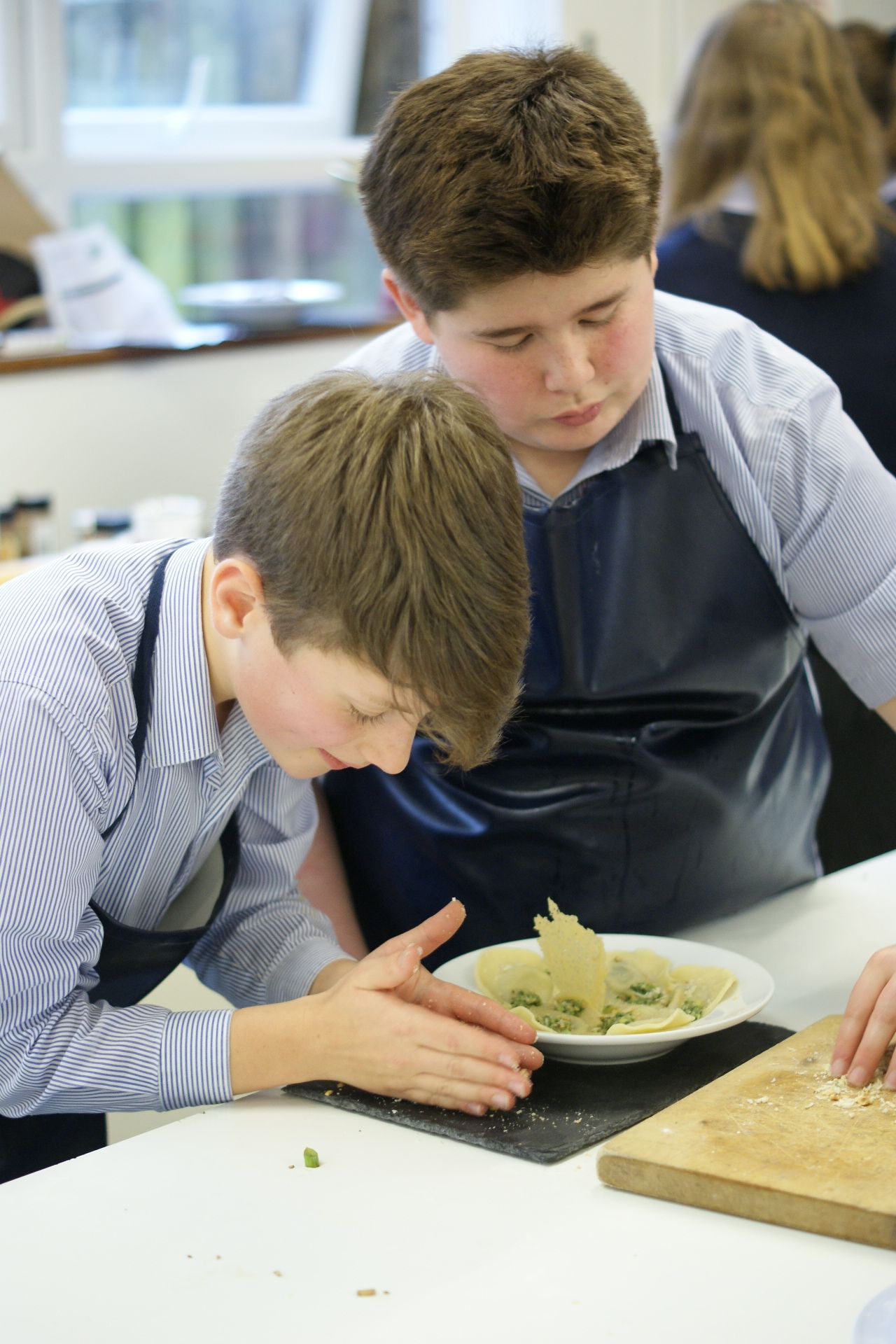 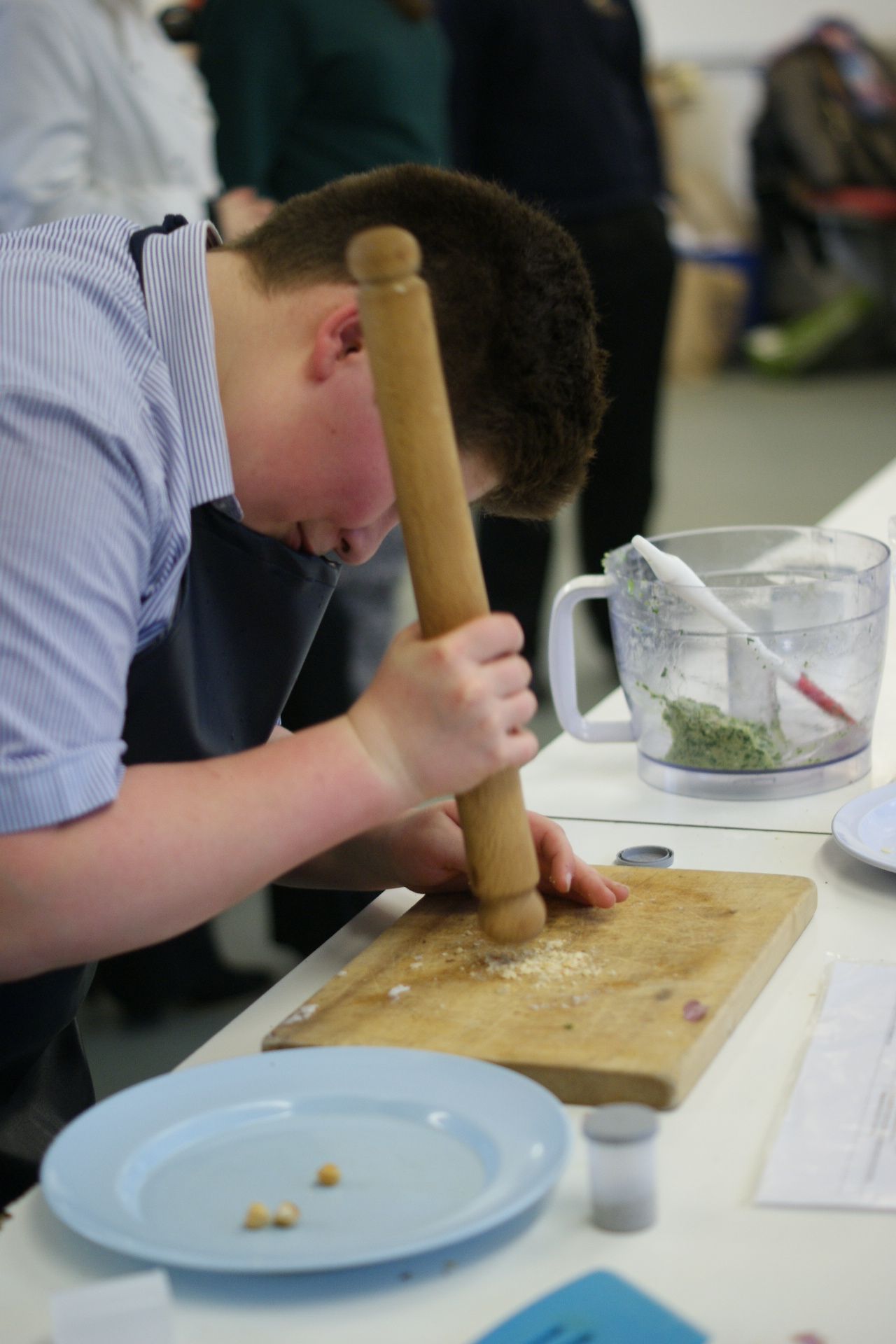 "The boys have done incredibly well to get this far. In preparation for the final, they have already requested permission to practice their two course menu in the Food Room after school. I am thoroughly impressed with the dedication they have shown to the competition and I am very proud of their achievements. I would like to take this opportunity to wish them all the best when representing Deer Park in the final. Good luck!" Miss Dearing, Teacher of Food Preparation and Nutrition