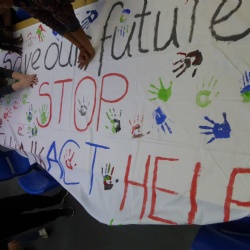 On Friday 15 Match 2019 pupils across the country chose to absent themselves from school to support a protest against climate change. YouthStrike4Climate, the UK Student Climate Network and the  UK Youth Climate Coalition planned the protests over political inaction about climate change and its impact on young people’s futures.

A number of our pupils chose to attend the protest in Stroud to express their views. While we could not legally authorise the pupils' absence from school, we do appreciate it is important for our pupils’ voices to be heard on this important topic. One of our pupils, Mia in Year 11, who attended the event said “I attended the protest because it provided a platform for all ages to let the governments across the globe know how important the climate crisis is to our generation.  By participating in this action against climate change, I have felt united with a community of like-minded people and feel more hope in the possibility of change than I have felt in the last 3 years.”

To enable pupils to express their views, and their support for those taking action outside school, we organised a in-school supervised alternative to attending the protest. Mr Johnson, Head of School, and Miss Lillington, Associate Assistant Head, hosted a banner-making session and soap box in the PLC (school library) during both Key Stage 3 and Key Stage 4 lunches. 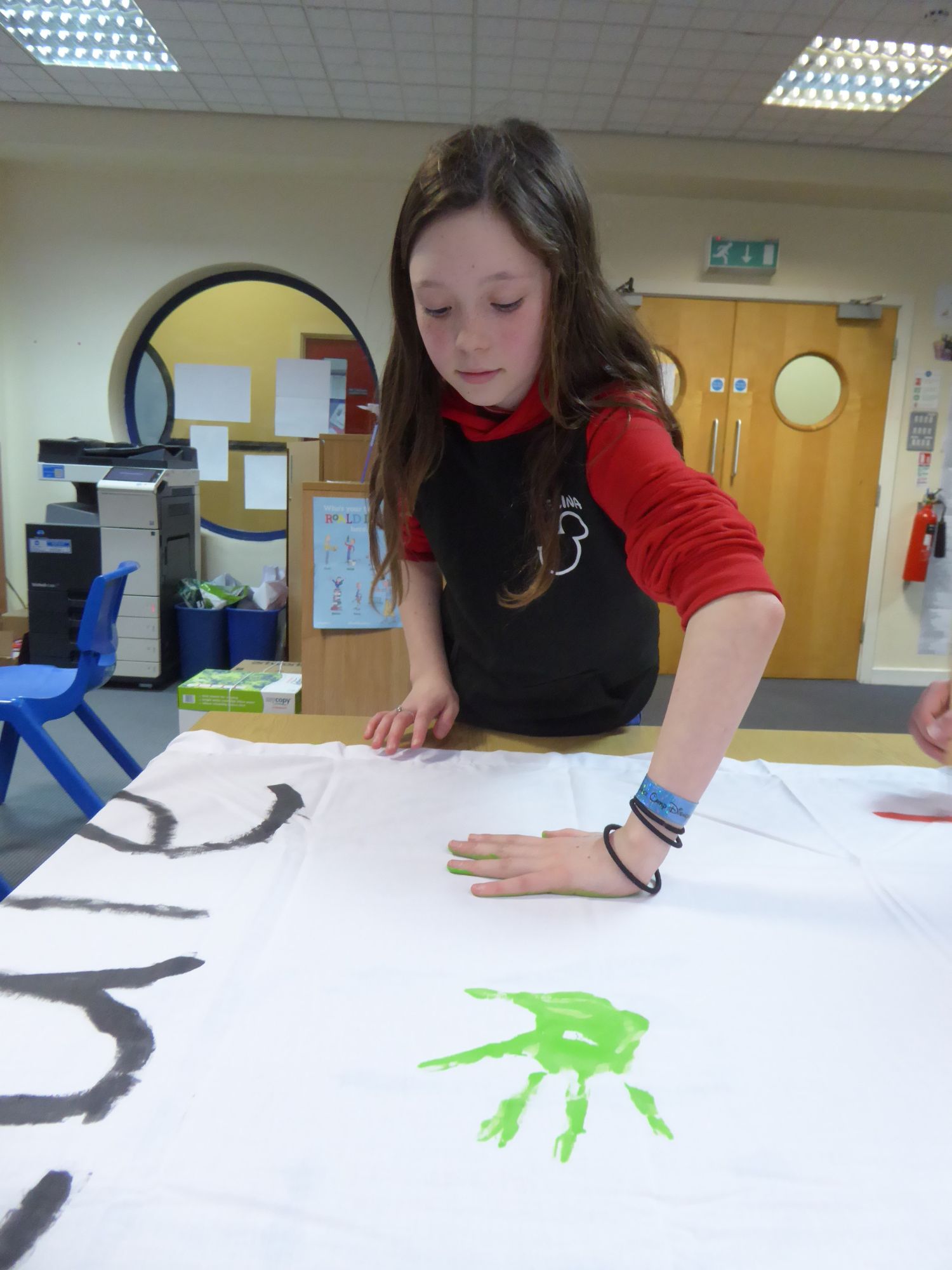 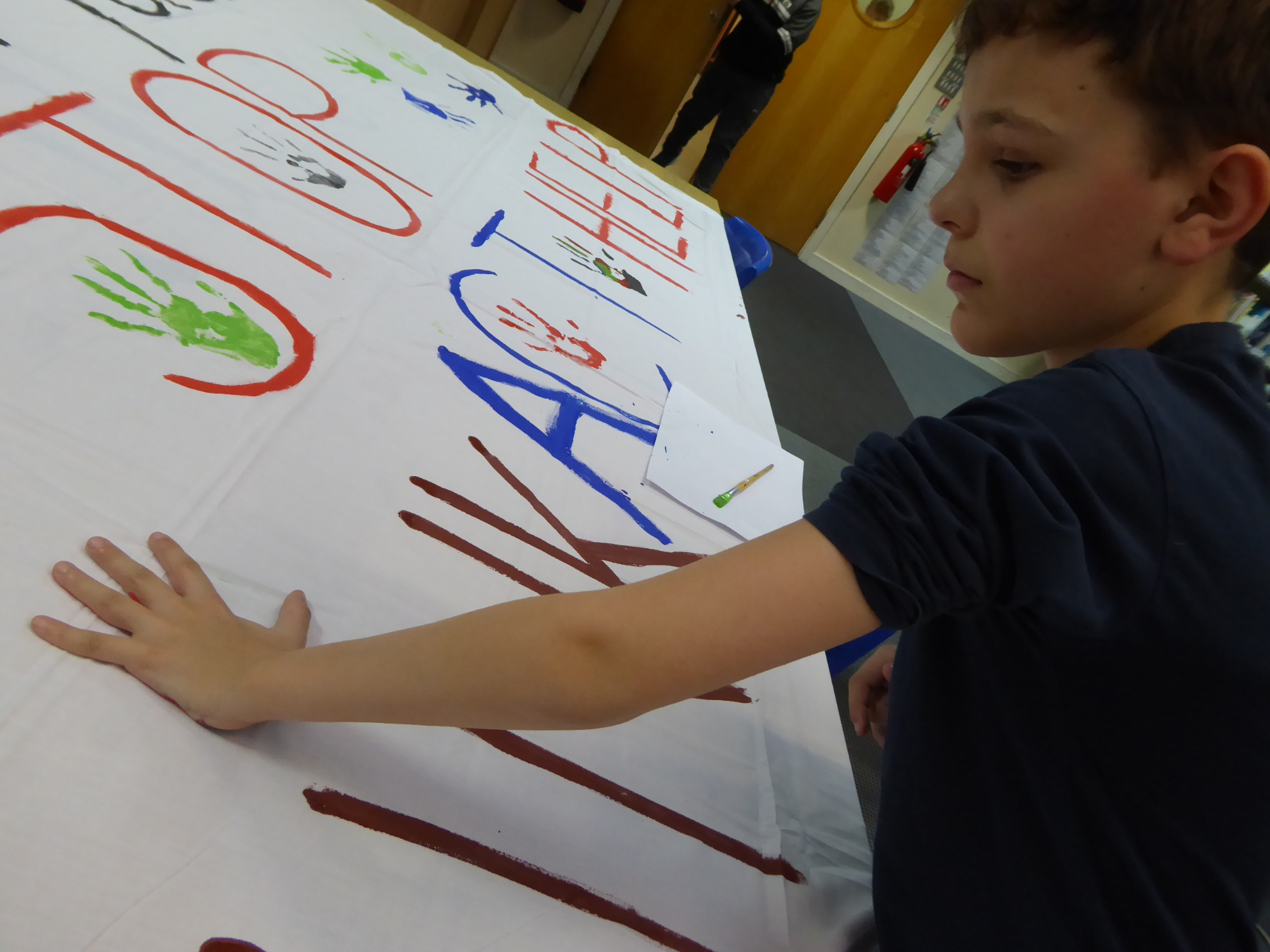 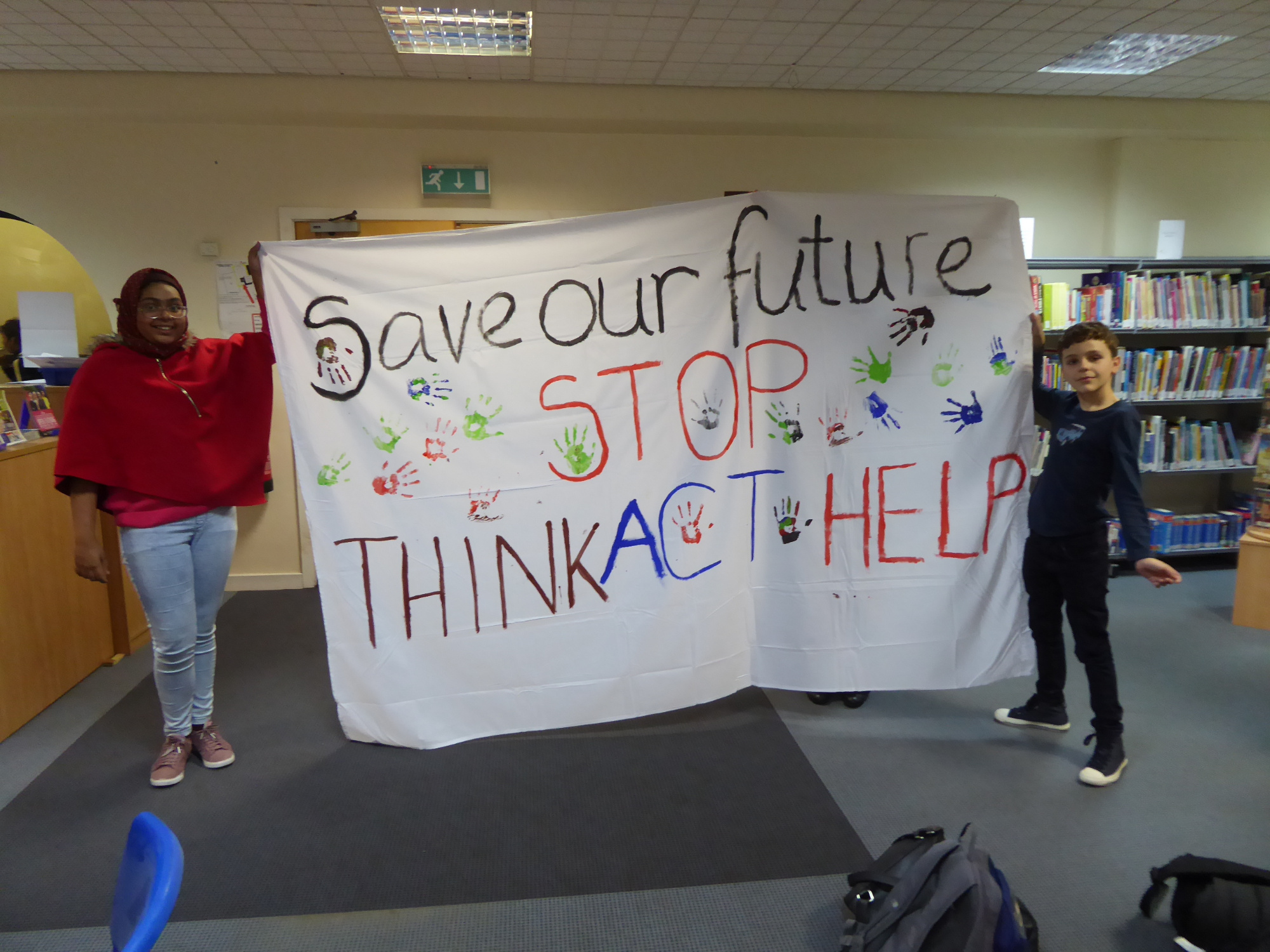 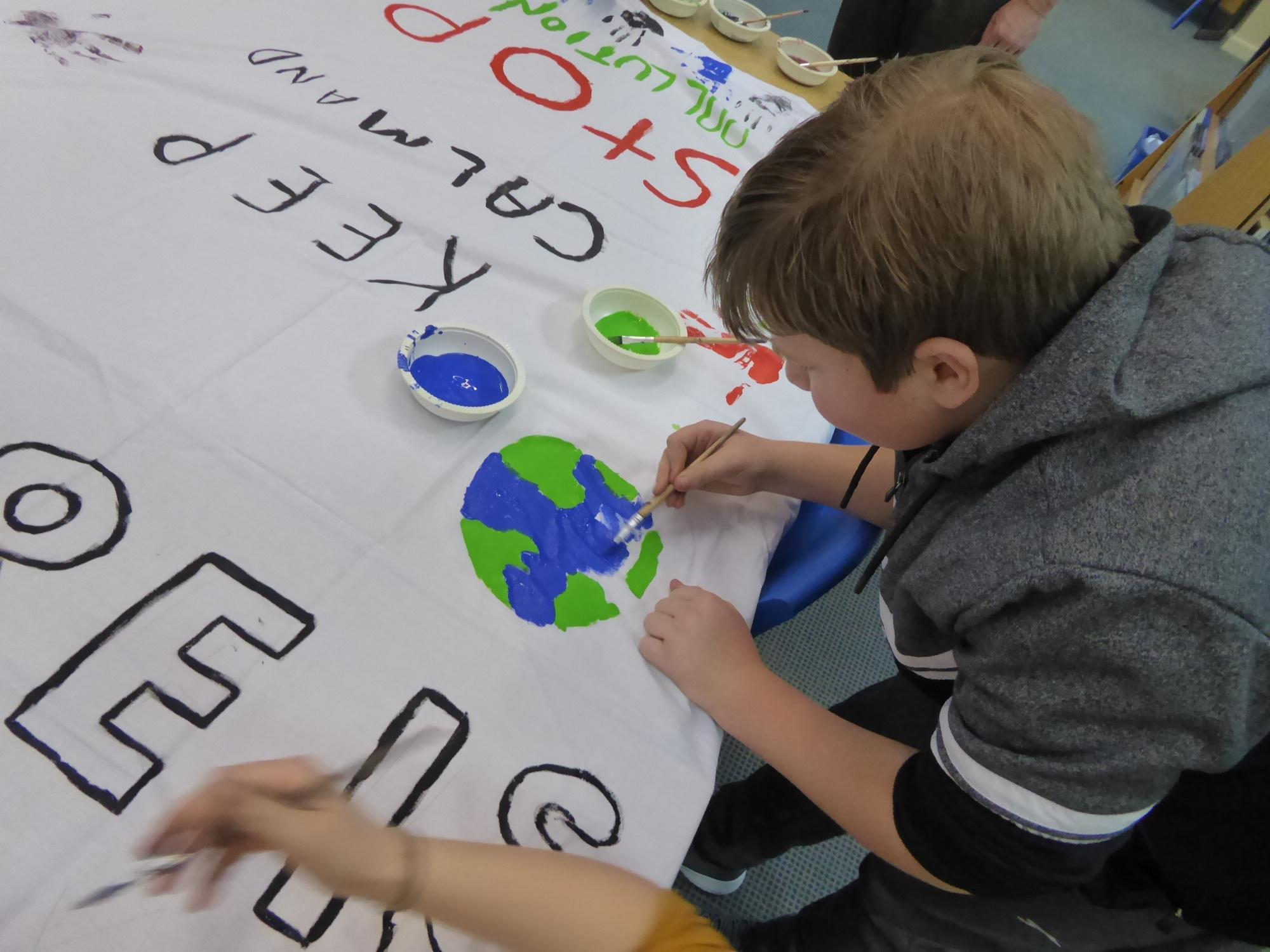 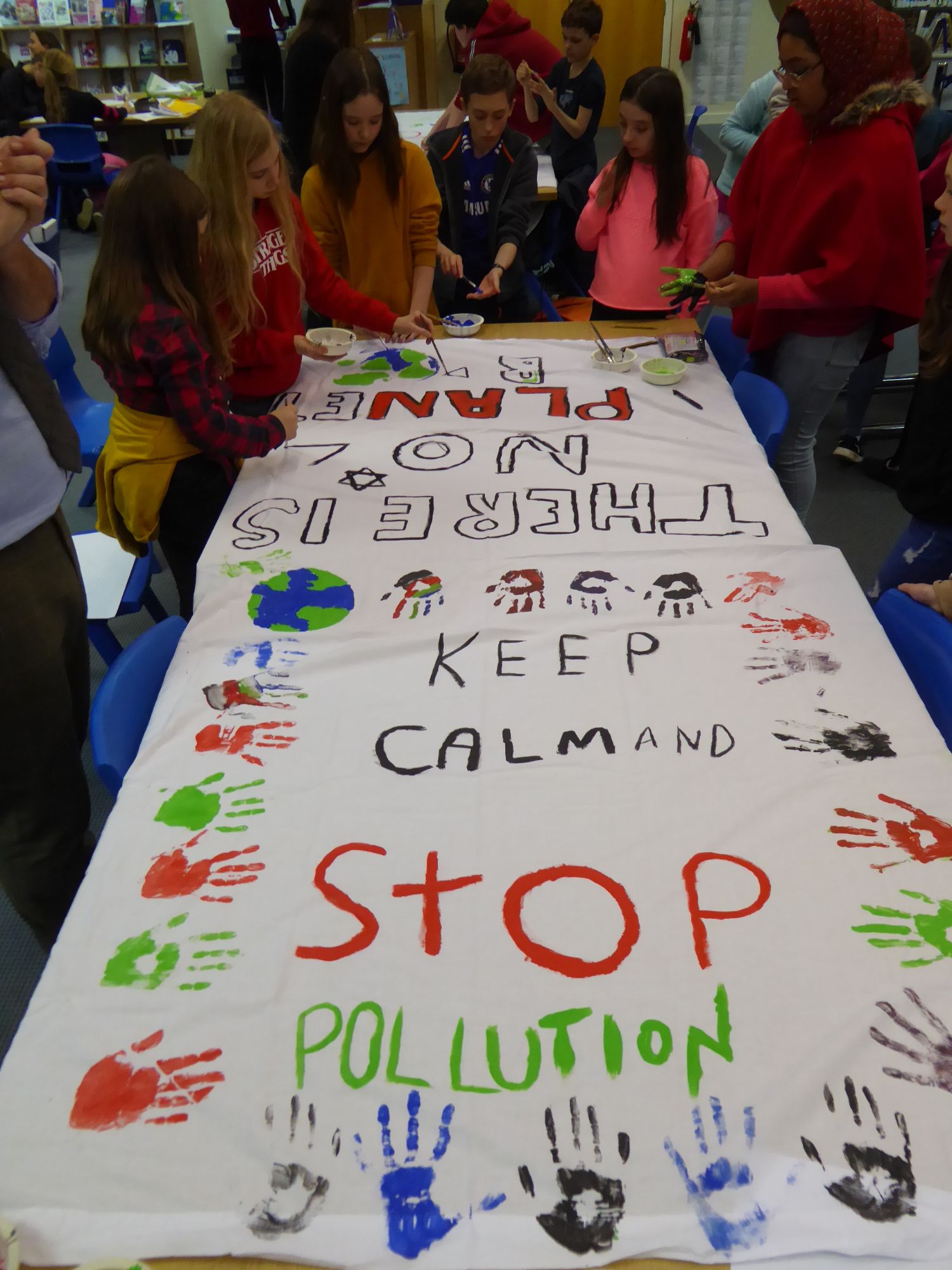 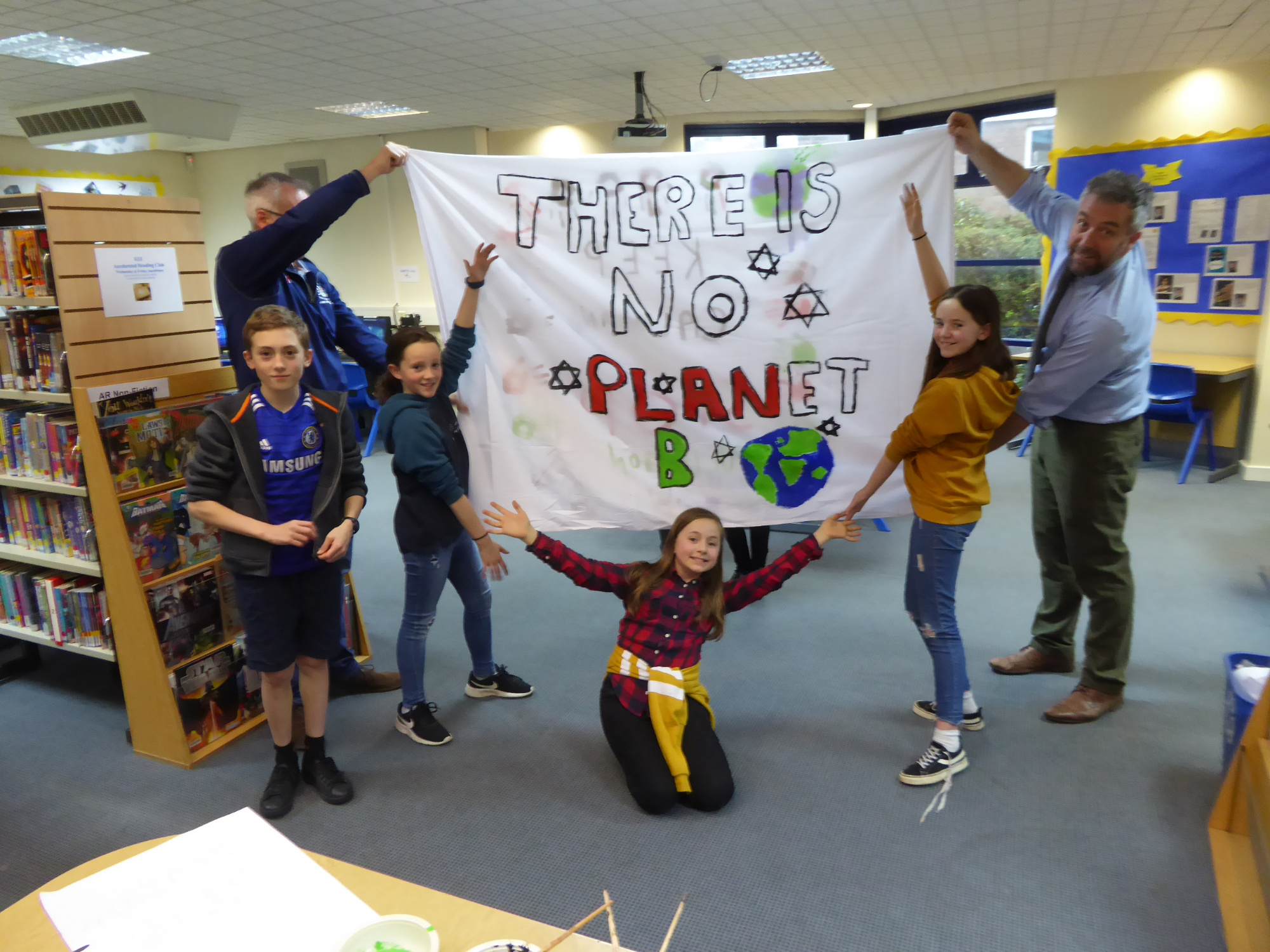 “We feel it is important to have an opportunity to express our views about the state of the world. Climate change is very worrying and we would like someone to take action to stop it from happening.”  Year 7 pupil

The banners are currently displayed in the Main Hall as a reminder of the action that was taken.

While we do not condone our pupils’ absence from school, It was great to see our young people become active global citizens by engaging in non-violent direct action for a cause in which they genuinely believe. The pupils in school used their creativity and passion to produce some persuasive banners and were confident in expressing their opinions during the discussion that we had. Overall, these events have given young people a voice in their own futures and were able to take part in a movement that stretches across the world.

Mia (Year 11) wrote: School Strike against climate change was started by a Swedish girl called Greta Thunberg. It is an important movement allowing us to say what is important to our generation. It provides a platform for all ages to let the governments across the globe know how important the climate crisis is to our generation. This is an influential global movement raising more awareness for the issue than there has been before. This is  the first time school students have taken a  global stance against something. Politics and governments, here and overseas, are divided and unstable. By participating in this action against climate change I have felt united with a community of like-minded people and feel more hope in the possibility of change than I have felt in the last 3 years.