Model United Nations in the Netherlands

On Tuesday 5 February 2019. a contingent of Year 9 pupils, accompanied by Mrs Ellison and Mr Lay, departed Deer Park in the early morning bound for Alfrink College in the Netherlands for the 2019 Model United Nations held at Alfrink.

Model United Nations Alfrink (MUNA) is an annual recreation of the United Nations, with schools from numerous countries - this year from France, Germany, Spain, The Netherlands, UK, Sweden, India and Turkey - gathering to discuss and debate critical global issues.

After an early start, we arrived in Amsterdam in the morning and headed straight for the city centre. On a cold Winter morning, our pupils (henceforth to be known as MUNA delegates!) were delighted to avail themselves of the local delicacy - friet mayo. We spent time exploring the city of Amsterdam and taking in some local flavour. In the early afternoon we made our way to the Anne Frank House. This was a sombre and moving experience that our delegates had not experienced before. By seeing how Anne’s life started and ended, we were able to further appreciate the importance of events such as MUNA in creating a peaceful and connected world.

As the afternoon turned into evening, we made our way towards our final destination - Alfrink College - where our delegates met their host families and international friendships started.

On Wednesday morning, all the delegates from each school were given the opportunity to visit the Humanity House and the Peace Palace in The Hague. Both places gave our delegates a deeper understanding of some of the issues that they might be debating and also of the differing levels of formality within international politics and justice.

In the afternoon it was time for the MUNA Opening Ceremony. The MUNA machine was now in full motion! It was clear how much time, hard work and dedication that the Alfrink students and teachers had spent preparing for conference. The passion and excitement were palpable as the MUNA President struck her gavel to signify the start of MUNA 2019.

There were speeches from students, teachers and also the fascinating guest speaker - Wuria Karadaghy. Mr Karadaghy was a Kurdish refugee who had spent his formative years in Iraq and had moved as a political refugee to Holland in the 1970s. He trained in architecture in Holland and then - knowing his vocation should be in helping people in war-torn environments - started working with the UN as a Peacekeeper. Mr Karadaghy had many fascinating tales of his time in Sri Lanka, Kosovo, Indonesia, and many other places. An inspirational start to an inspiring week.

Following the opening ceremony the serious issues really started. Having prepared resolutions to be debated, the delegates started the roller-coaster ride of lobbying - looking for support for their resolution to ensure that it was debated in the Assemblies.

Thursday saw all of our delegates in their respective areas (General Assembly 2 and 4, The International Court of Justice, Crisis Committee and the Historical Committee) debating, discussing, agreeing and (often) disagreeing with their fellow delegates. This was a day of serious thought in order to agree resolutions. There were plenty of lobbying opportunities and at this stage our delegates were really getting involved with the uncompromising cut-and-thrust of international politics.

After a full day of debate, it was time for the ‘MUNA Party’ which was organised by the Dutch delegates and gave everyone the opportunity to have some fun, dance, and bond as a group.

On the final day, delegates voted on their final resolutions and came to conclusions about many of the subjects being debated. There were varying discussions in the final plenaries – some serious and some slightly less so!

The Closing Ceremony marked the end of the debates and there were many thank yous for all involved from delegates, MUNA staff and teachers. The 14th MUNA conference drew to a close. We left with smiles on our faces and a feeling that the future will be bright!

Elodie: "I really enjoyed MUNA and it was really one of the best moments of my life as I not only learnt about how to debate but also gained more confidence and met new people from different countries. I am glad that I decided to do this incredible experience."

James: "MUNA was a brilliant trip with so many opportunities for fun and learning. I wouldn't miss it for the world."

Jasmine: "It was really awesome to make friends with the Dutch Alfrink students.  I had a great time eating pizza and watching films with my really kind host Anne and the others."

Theo: "As well as being a very educational trip, it was also one of the most fun things I have ever done. Everyone is very nice and it is just overall a great experience."

Mrs E, parent of a Deer Park delegate: “I wanted to say a big thank you to all the staff involved in making this opportunity happen. My daughter flew for the first time, which she really enjoyed.  She experienced staying with a host family, which she had never done before, and was well cared for and entertained. Jasmine hasn't stopped talking about the conference.  She was able to observe many different debates, meet children from all round the world and increase her knowledge on environmental, humanitarian and health issues. Thank you so much for ensuring the children get these wonderful enrichment opportunities.” 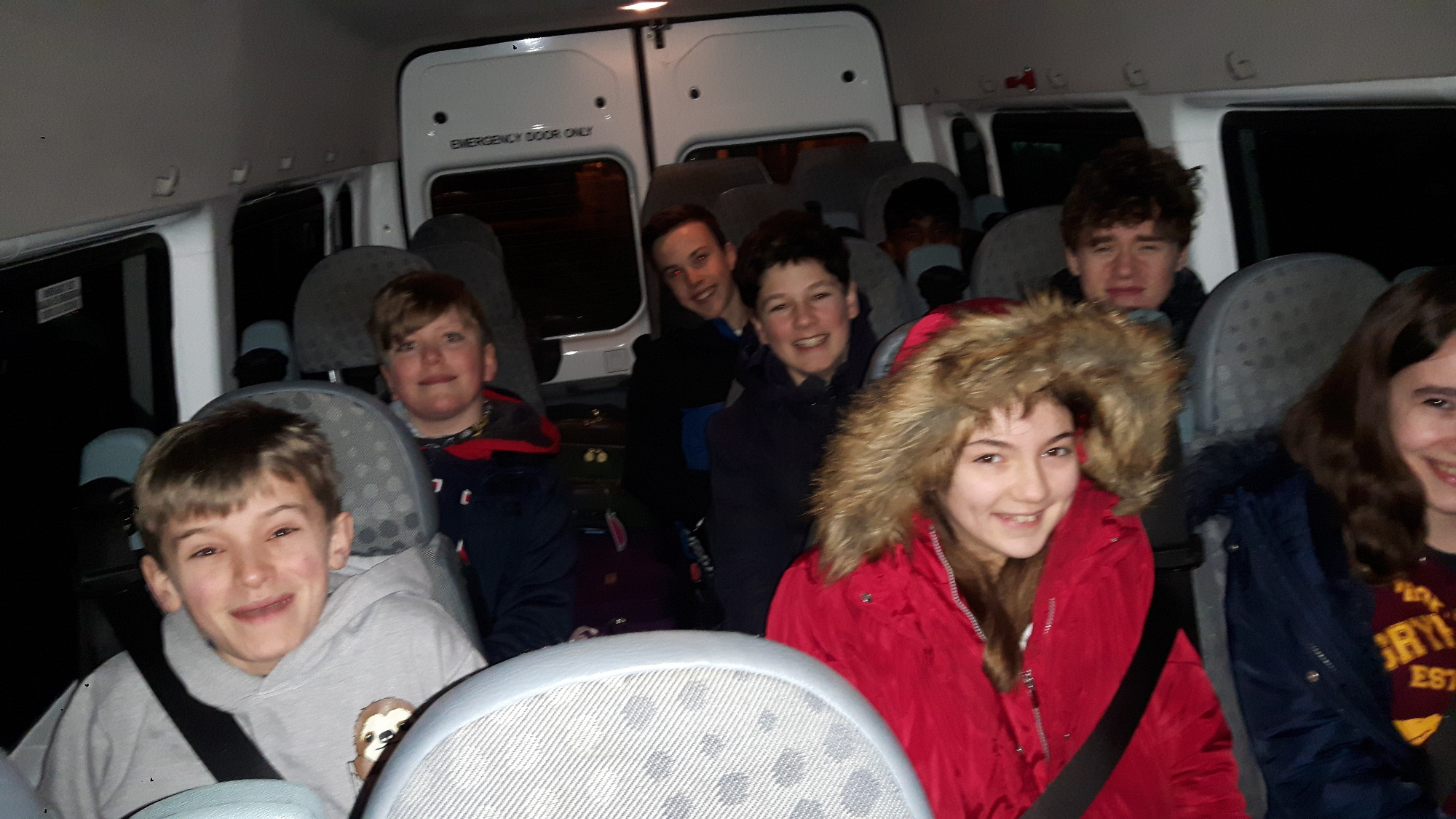 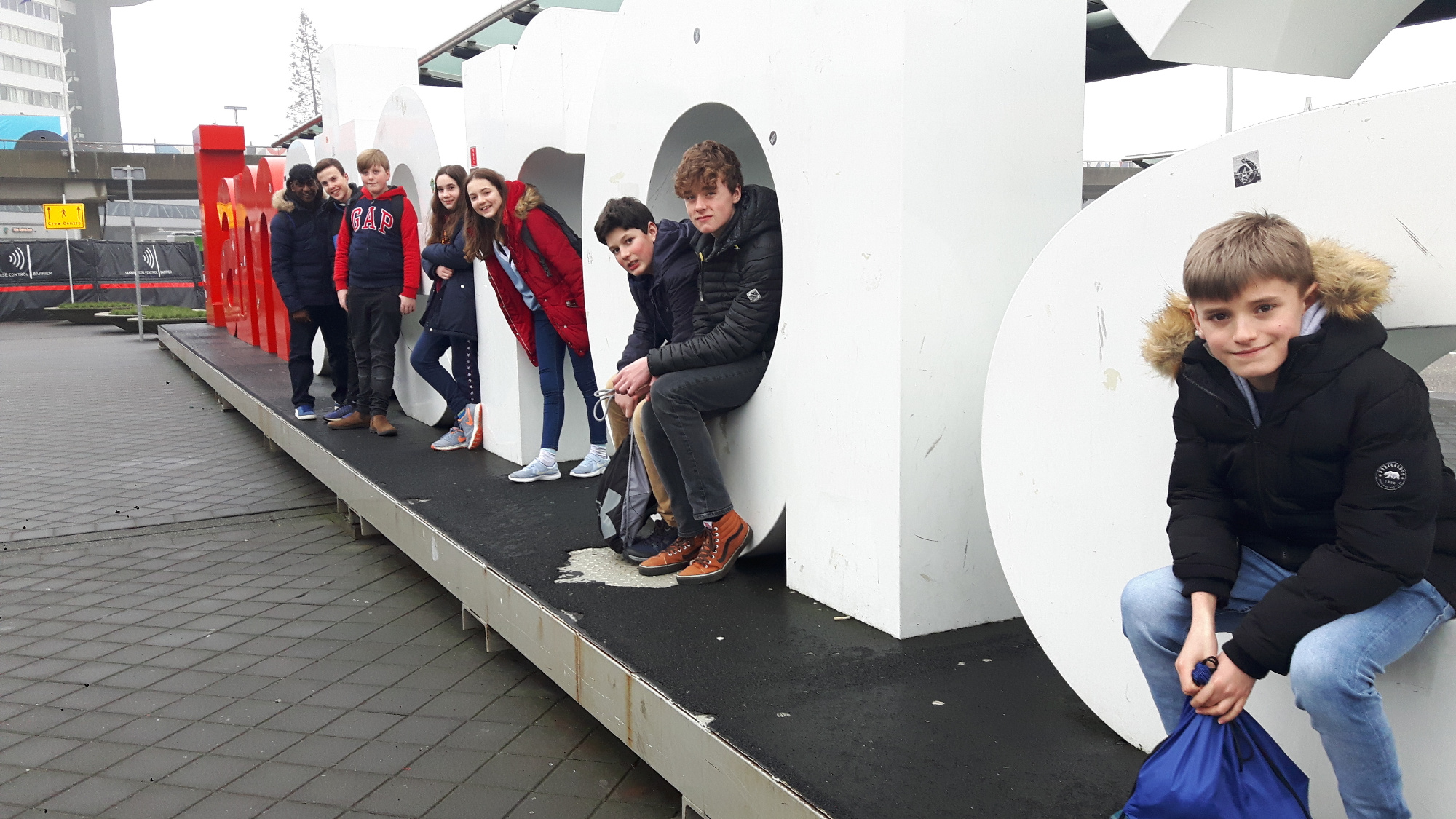 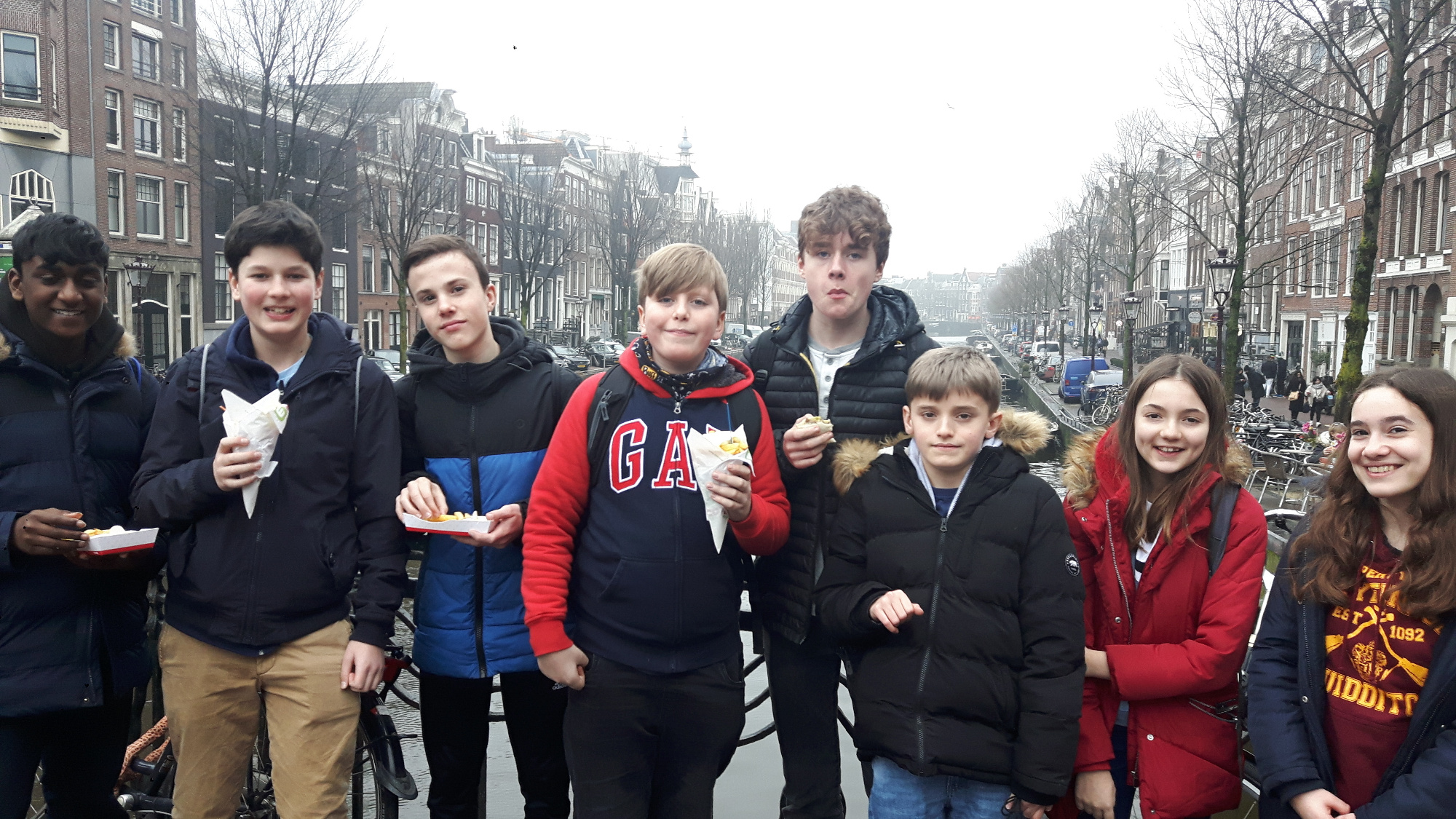 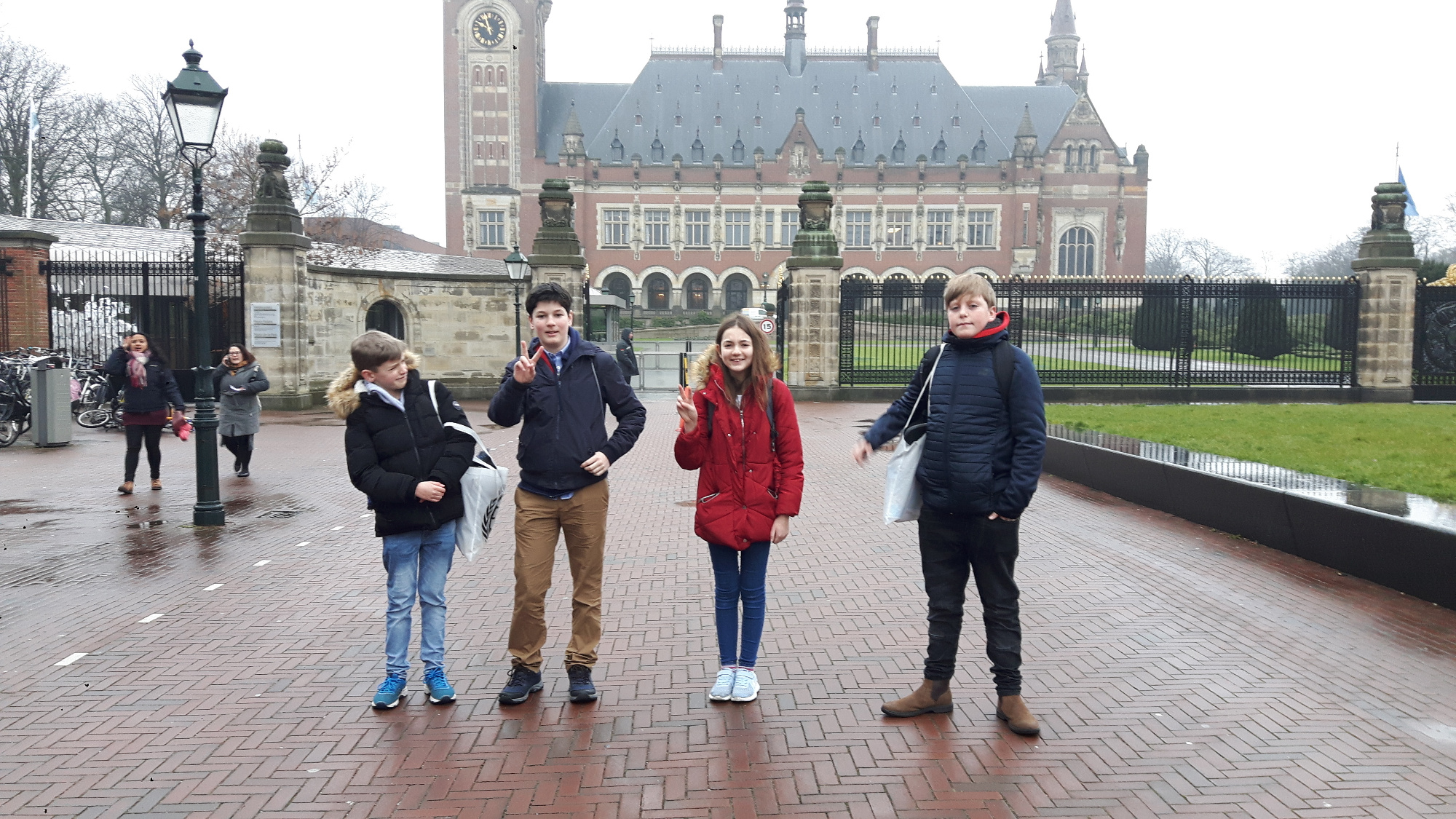 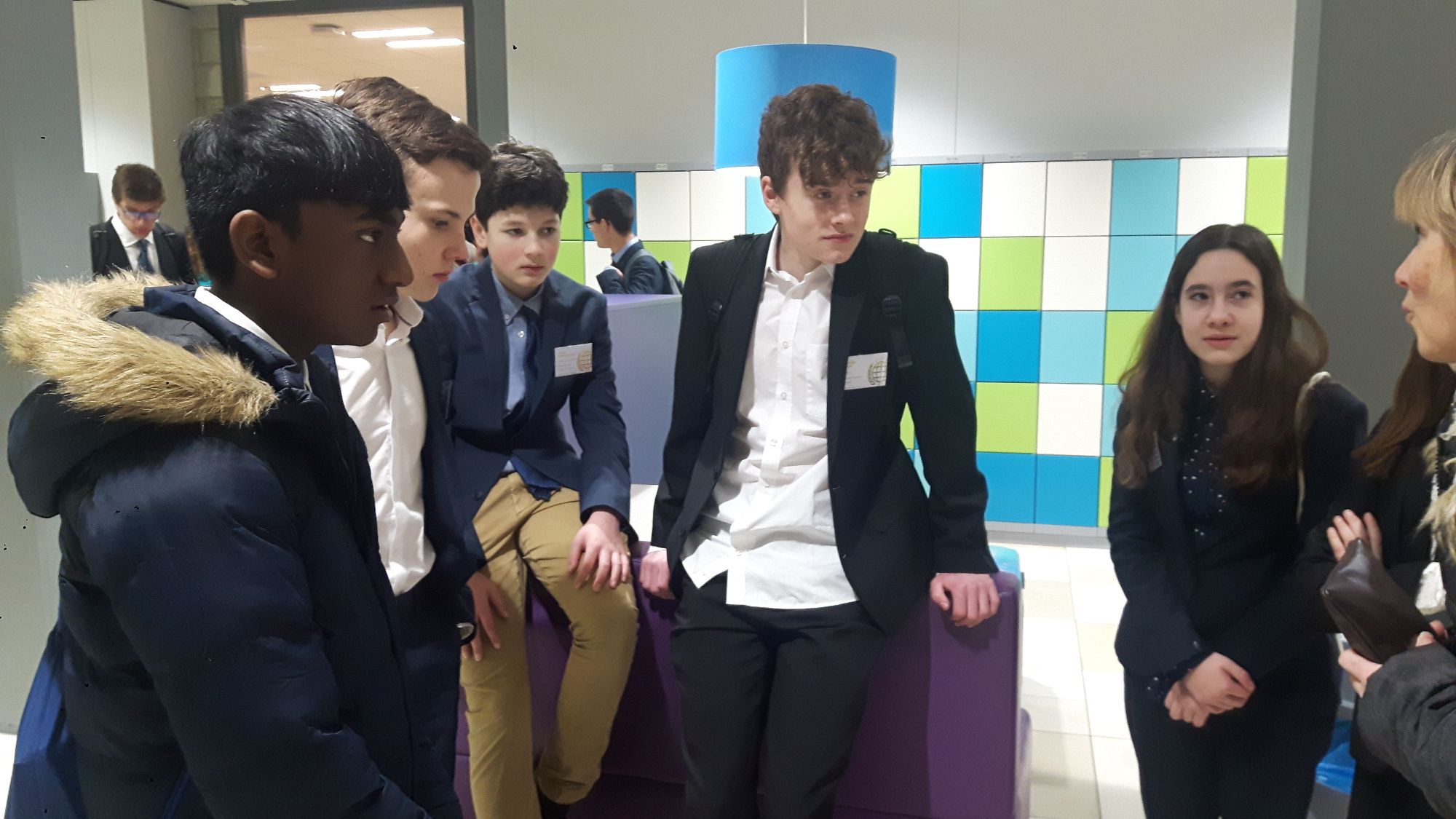 Organisers of the annual MUNA conference work with a variety of partners and projects, such as talks organised by Justitia et Pax, working with Join The Pipe, and supporting grassroots development projects such as Burma Children and  Street Survivors India. Find out more...