In June 2015 we held the inaugural Cirencester Deer Park School Pupils v Staff Charity Cricket Match and raised over £100 for the Nepal Earthquake Appeal through entry fees, donations and sale of cream teas. Last year’s low key T20 match was great fun and the staff (both male and female) and pupils who took part enjoyed themselves immensely. This year we are hoping to make it bigger and better - and our staff hope to redeem their pride and reverse last year’s beating by those much younger than themselves! 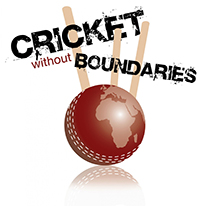 The 2016 game will be played on Tuesday 14 June at Cirencester Cricket Club in Cirencester Park after school.  Our chosen charity is Cricket Without Boundaries, a charity that raises awareness of AIDS / HIV through cricket, working in countries such as Cameroon and Ghana. Gloucestershire cricket coaches have been a driving force behind this charity of late and at least 15 local coaches have delivered programmes abroad.

The pupil team is open to any pupils in Years 7 to 10. Anyone wishing to take part should talk with Mr Germaine in the ICT Office or Harrison in Year 9.

We hope to see plenty of quality cricket, have lots of fun, soak up the sun's rays (fingers crossed), enjoy something to eat and drink (the match fee of £5 per head includes a burger; the bar will be open to adults and food will be served from the BBQ), be supported by friends and family and raise money for a really worthwhile charity. Make a note in your diary and come along to Cirencester Cricket Club at 4pm on Tuesday 14 June.