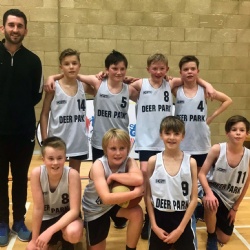 On Thursday 13 December 2018, the Deer Park Year 7 Basketball team won the District Basketball Tournament! Results from the evening included wins against Sir William Romney's (6-2), Marling (6-2) and Famors (4-3). We also drew against Thomas Keble (6-6). This meant we finished in 1st position because we were the only school in the competition not to lose a game!

The team played exciting, high intensity basketball throughout. The pace of the attack was controlled by Archie M (Captain) who played Point Guard. He demonstrated a tremendous range of attacking skills related to dribbling and shooting. He also scored a key basket in the final seconds against Farmors which allowed the team to win the game. This was combined with excellent attacking skills from our Small Forwards (two from Torby E, Dominicks P, Mack H or Alfie C) who offered us width in attack, agility whilst dribbling and a passing options during the transitions. Our Power Forwards (two from Cole McL, Wilf R or Charlie J) demonstrated outstanding fitness levels, strength to receive the ball and good positional skills. This allowed us to stretch the opposition and create space, so we could have many shooting opportunities.  The team also demonstrated an excellent commitment to defence, where they worked tirelessly to stick to the half court man-on-man approach. We pressured the opposition into making mistakes, made key blocks and  won the ball back on many occasions through interceptions. Due to this committed approach, we minimised the oppositions' opportunities to shoot and thus prevent them from scoring points. 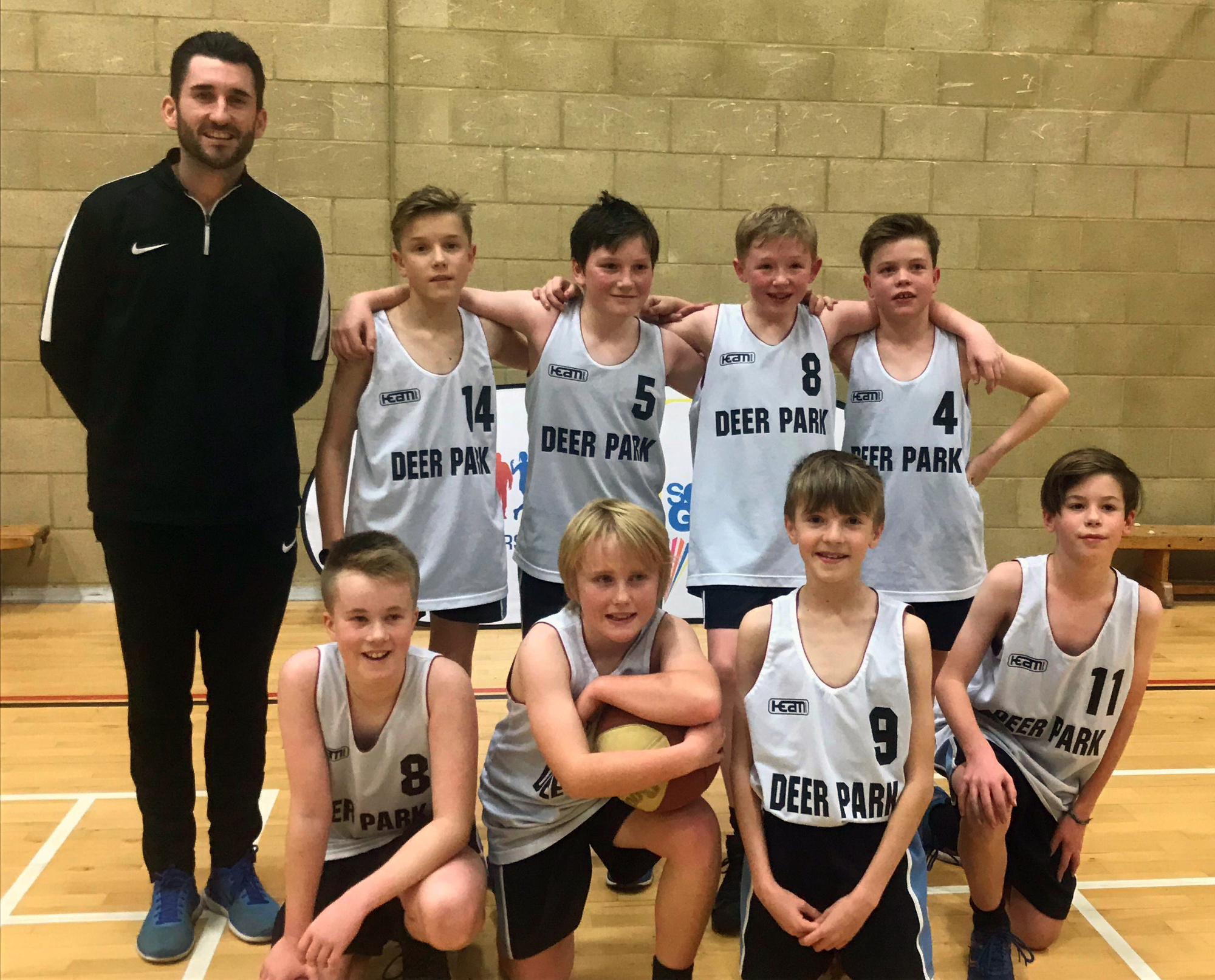 Archie the team captain said “It was really good because of the way we played as a team. We have really improved as a team. Tonight we made good passes and fantastic shot selections. It felt really good winning the tournament!!"