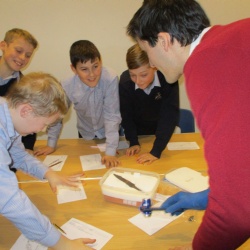 Behind the scenes at the Corinium Museum, Cirencester

On the afternoon of Friday 23 November 2018, we took a group of Cirencester Deer Park School Year 7 pupils to the Corinium Museum for their Kids in Museum's Takeover Day.

Our pupils were able to see how historical pieces are evaluated for degradation and the steps taken to preserve them.  The microscope attachments for mobile phones proved to be particularly useful in assessing damage without disturbing the pieces. This allowed the pupils to produce a ‘condition report’ of one of the pieces (Roman pottery, or ironware) as the museum staff do.

The pupils were able to see the application of their Chemistry studies in a real-life and relevant context: the protection of Roman and Anglo-Saxon artefacts depends on an understanding of iron and it's reactivity with oxygen to create rust, which corrodes the artefacts. This is largely prevented with desiccants like silica gel.

The museum also preserves paintings. Pupils were able to see under UV light how some paintings were made and damage they have incurred that is not visible to the naked eye. 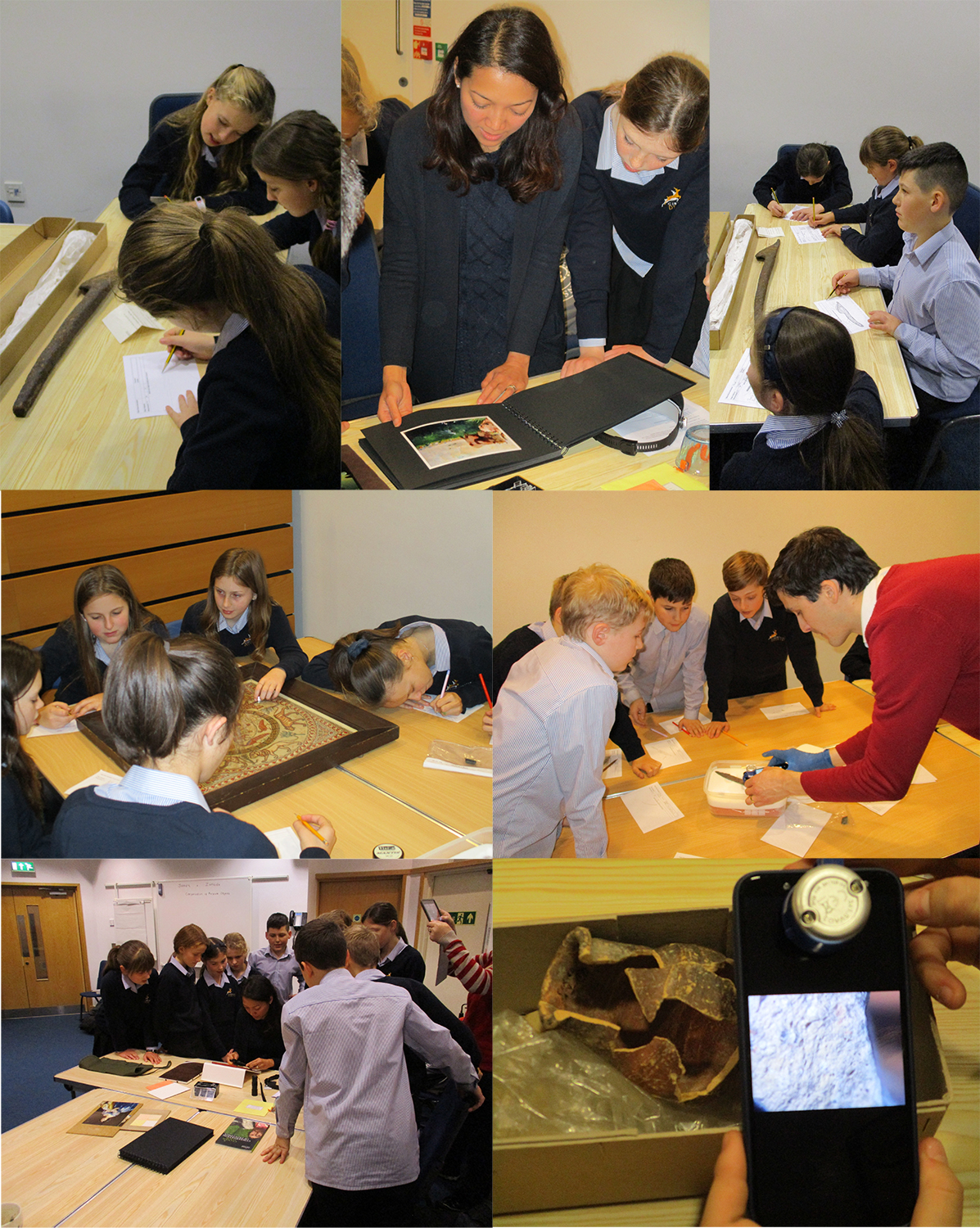 One of the volunteers at the museum, Zuraida, is a specialist in art restoration and has taken a year to produce a painting using the same techniques as would have been used nearly 1,000 years ago.  Pupils and staff were equally transfixed as she described how she makes paint using egg yolk and pigments; paint pigments, when mixed with egg yolk, hold their colour better than other techniques. It creates a paint lacking in the lustre of more modern paints, which helps to create an authentic finish from the period which can match the original colour and finish. The rest of the picture was highlighted with gold leaf, which has to be applied using a furry brush. Only one animal makes the best brushes, but which? Answer is at the end, but first choose from one of the following options:

Our pupils were presented with certificates to commemorate the day. They found the visit very worthwhile and enjoyable, and further links are likely to be planned with the museum.  I would particularly like to thank Mrs Polgrean, who came with me to take the visit on a day she does not work.

Archie M: "I really enjoyed not only looking at the artefacts but finding out how they maintain the condition of them."

Charlotte T: "I enjoyed wearing some goggles that helped us to see the damage in the painting."

Herbie U-D: "I enjoyed finding out about conservation."

Cameron L-H: " I really enjoyed drawing and looking at the Anglo-Saxon knife."