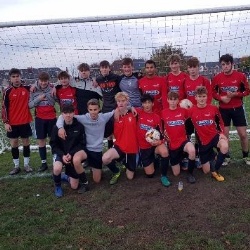 Round 3 of the ESFA Premier Schools' Cup

Mr Schlaefli, PE Teacher: We got off to a sensational start by scoring 4 quick goals in the first 15 minutes, with an electric hat-trick from Adam H, including a superb half volley from the edge of the box, and a typically composed finish from Ameer C. This put us in a great position, with the team playing at high tempo, utilising our pace down both flanks with Luke P and Aaron B, as well as using tremendous passing accuracy from Ben C and Luca R. This spell of play was arguably our best performance in the last 3 seasons.

However, we couldn't quite keep up with this extremely high standard of play and Commonweal were always a threat going forward, which led to them scoring goals either side of half time. At 4-2 the game was on a knife edge with chances going begging for both teams. Orlando H, Leo K, Dan H and Brad R made crucial blocks in defence and Connor K made some outstanding saves. As time went on, our side became more solid and showed great leadership and resilience and we grew in confidence once more. Finally, we put the game to bed with another weaving dribble and clever finish from Ameer.

A brilliant win against a tough opposition, who recently beat Beechen Cliff School in Bath 4-1. So that's 2 wins against Swindon teams and 1 against a Chippenham team. A mention to Ed M, Lewis B and Dan O'N who came on as subs and were vital in keeping the standards high in the second half, and thanks to Freddie C and Sam H who unfortunately didn't get on this game.

Well done to the team. 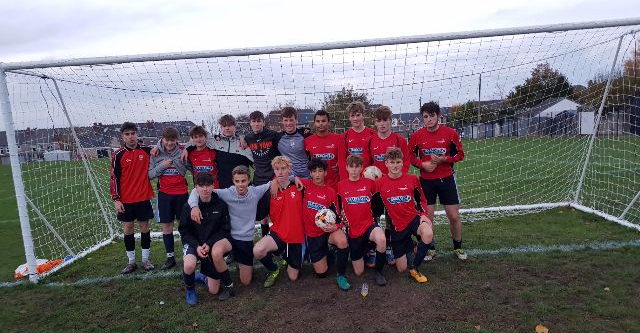 Man of the match: Difficult, as the whole squad played well. However, the stunning finishing from Adam H deflated them and made the difference in the match.

Orlando (captain): “Brilliant game of football on an extremely difficult pitch. Really chuffed that we came through this one.”

Luca: “A crazy first 15 minutes -  we were outstanding at the start of the game.”

Luke: “Stunning first half and we showed great resilience and solidity in the 2nd half."