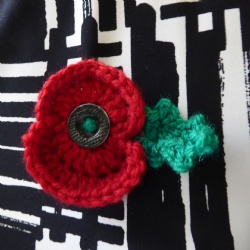 At 11am on Sunday 11 November 2018, people of all ages across the world will be commemorating Armistice Day. The day, aka Remembrance Day, marks the armistice signed between the Allies of World War I and Germany which took effect at the "eleventh hour of the eleventh day of the eleventh month" of 1918. 100 years later, numerous events will ensure that those who sacrificed so much are not forgotten.

At Deer Park we held our own ceremony of remembrance on Friday 9 November, bringing the whole school together in respectful silence. 36 Year 11 pupils read out the names of those who had attended Cirencester Grammar School (the forerunner of Cirencester Deer Park School) and died in the First World War. Pupils and staff alike listened to an extract from the poem 'For the Fallen' by Laurence Binyon, read by Mr Johnson, Head of School and listened to the 'Last Post' played by Josh (Year 9).  At 11am a two minute silence was held to mark the 100th anniversary of the signing of the armistice. Mr Johnson commented that “This was great opportunity for our pupils to reflect on the themes of peace and reconciliation while taking part in a globally important anniversary. Many of our pupils have had families affected by war and conflict and they value the opportunity to share their pride and respect with the community at Deer Park and beyond.” 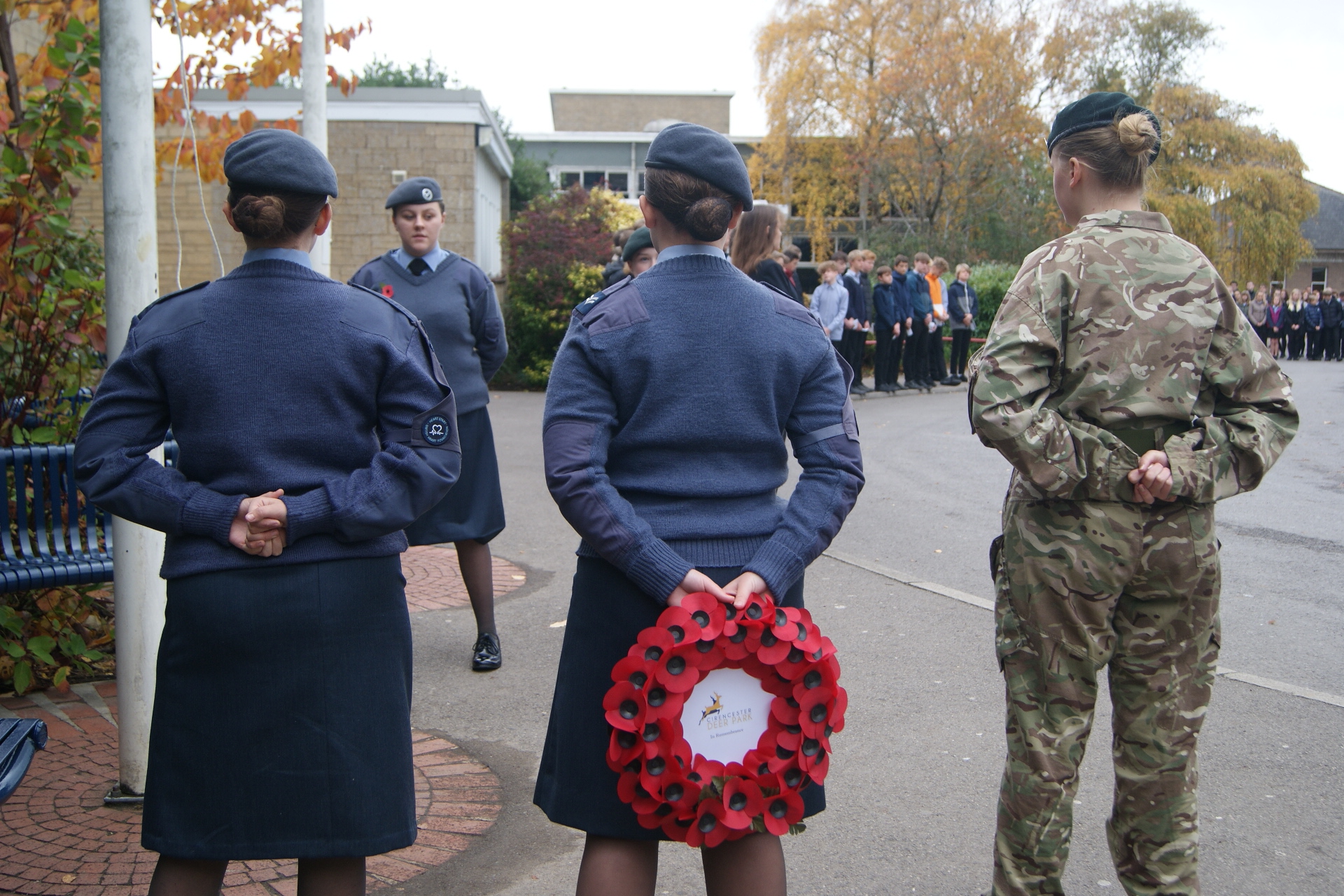 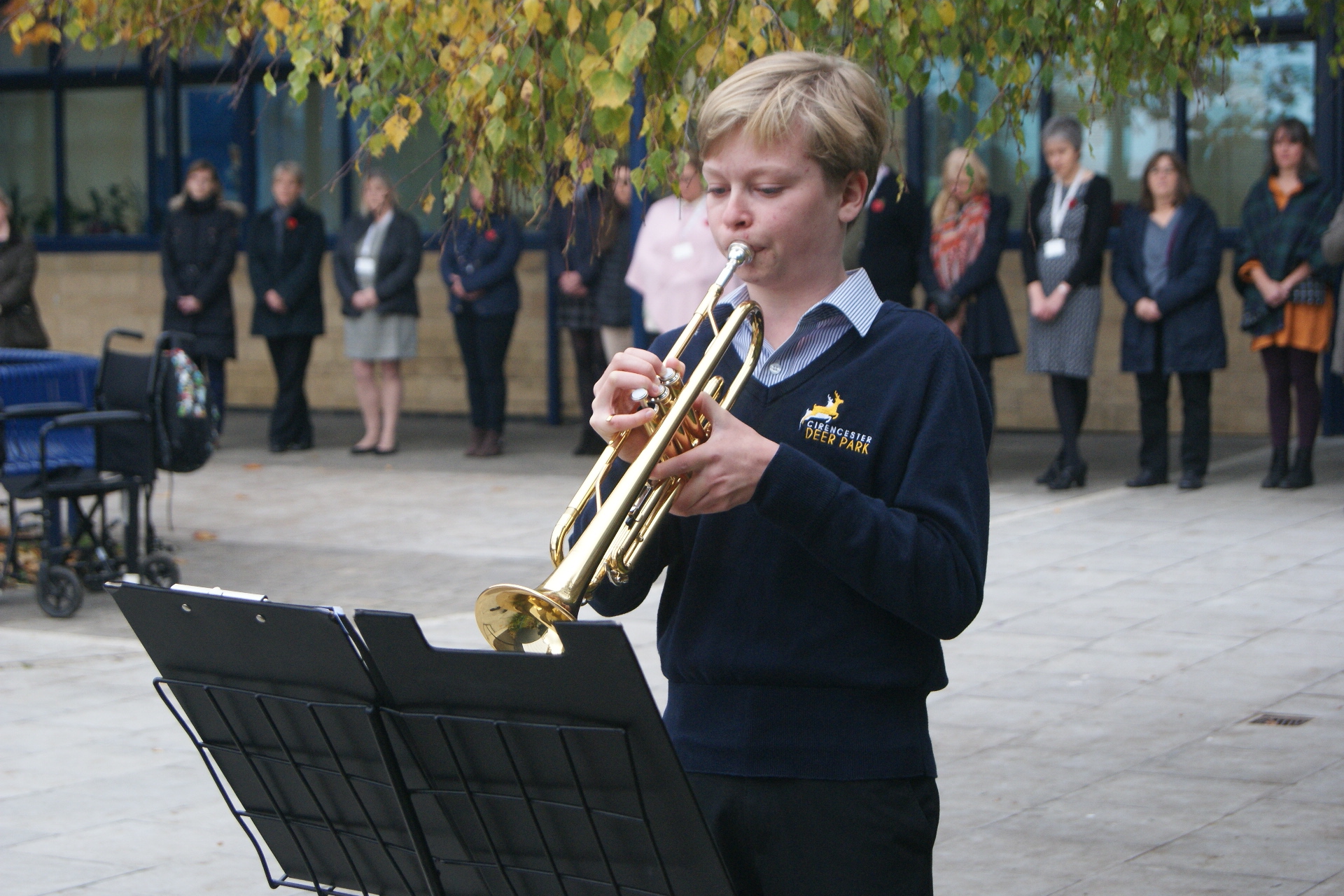 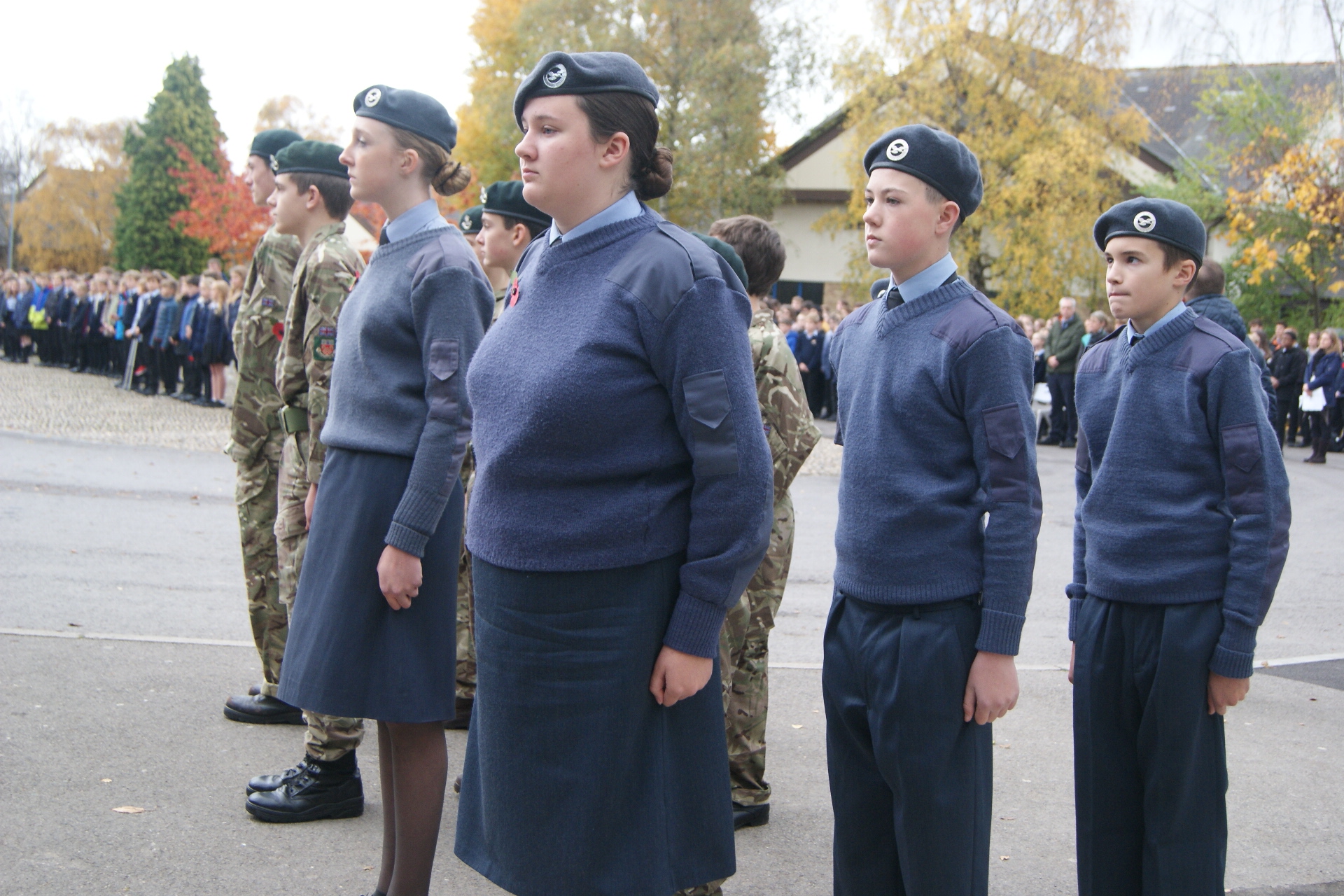 I am immensely proud of the community of Deer Park. Our pupils and staff rose to the occasion and marked the 100th anniversary of the end of the First World War in a formal and reflective way. The whole school came together at the front of the school for the commemoration at 11.00 and they listened to one of our pupil’s as he played ‘The Last Post’ while the Union Flag was lowered to half-mast. Our community then fell silent. I am extremely grateful to the pupils who represented the armed forces in their cadet uniforms and those who contributed to the roll call of the fallen from Cirencester Grammar School (1914-18).

You may be interested in taking part in the Human Poppy which is taking place in the Cirencester Market Place at 2pm on Sunday 11 November (road closure information). In recognition of individual local soldiers who lost their lives in the Great War, all local people are being offered the opportunity to create a huge 'Human Poppy' - everyone taking part will represent the fallen and be issued with a red, black or green poncho and they will cover the Market Place to create a Human Poppy. Whole families can come along. You can choose to be a soldier from Cirencester  or from one of the parishes, or a relative or an “unknown soldier” - the choice is yours and it can be very personal if you so wish. Find out more...

There are a number of beautiful local visual poppy displays,  including the wrapped war memorial clock tower in Nailsworth and the GCHQ 'Poppyfall' in Gloucester Cathedral. Further afield, you may have seen photographs of the Tower of London’s torch ceremony, 'Beyond the Deepening Shadow', which will be repeated every night until Sunday 11 November.

In their first term at Cirencester Deer Park School, our Year 7 pupils study ‘Private Peaceful’ by Michael Morpurgo in their English lessons. The novel tells the fictional story of the Peaceful brothers, who leave rural Devon to fight in the trenches during World War 1. Year 7s are given the opportunity to travel through France to Belgium in May and to see for themselves just what the soldiers, both fictional and true, really went through. Historically, approximately half of the year group take up the offer to take part in this immersive and moving two day trip. Read about Private Peaceful 2018...

At the end of Year 7, before the Private Peaceful trip,  pupils study War Poetry: ‘In Flanders Fields’ by John Macrae (which has particular resonance for pupils and staff who have been on the Private Peaceful Trip), ‘The Soldier’ by Rupert Brooke and ‘Dulce et Decorum Est’ by Wilfred Owen.

There are elements of WW1 poetry and other war poetry in the ‘Power and Conflict’ anthology for GCSE English, for example 'Bayonet Charge' by Ted Hughes, 'Poppies' by Jane Weir and 'Exposure' by Wilfred Owen.

As one of our now Year 8 pupils commented in Ypres earlier this year "We will remember you." 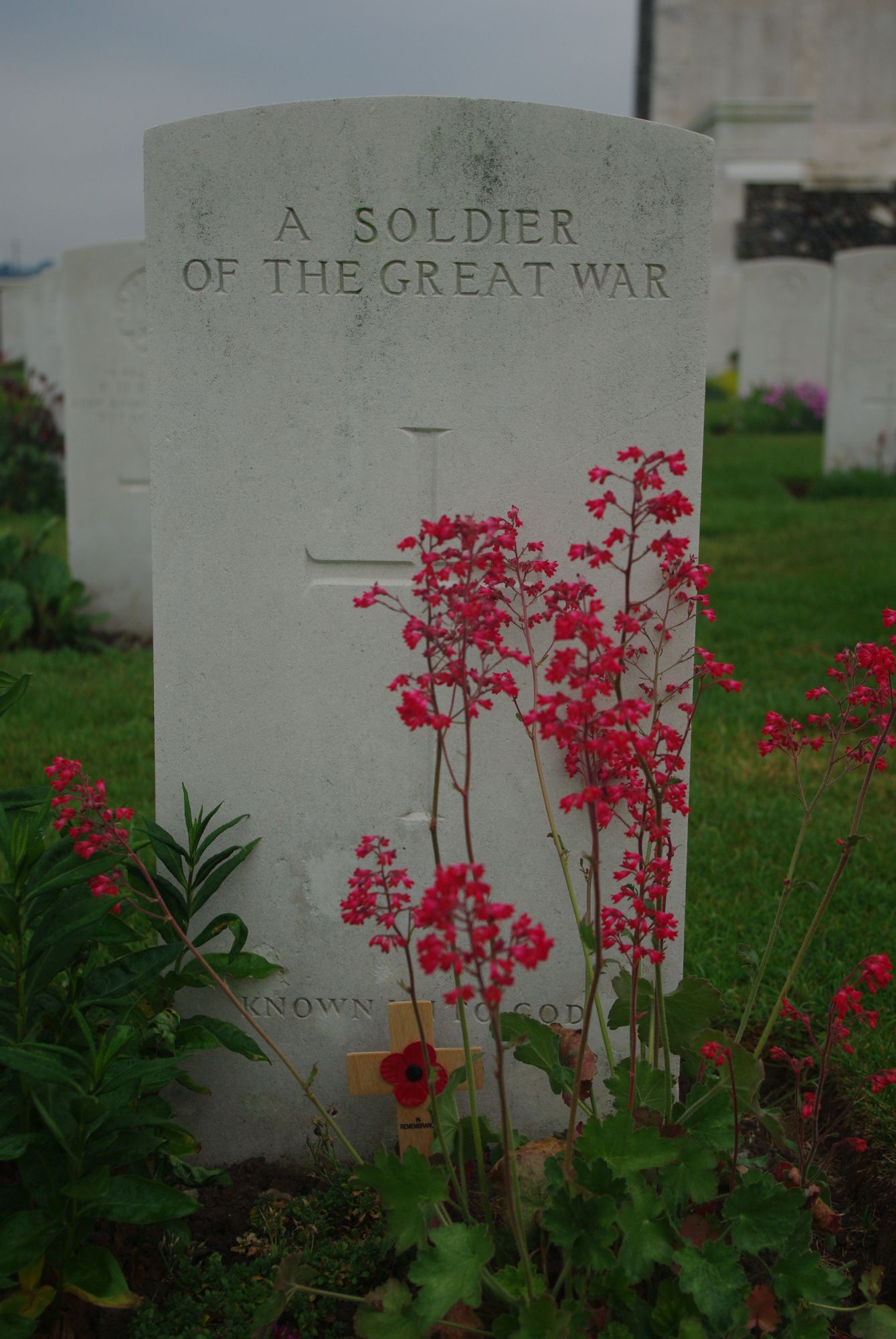 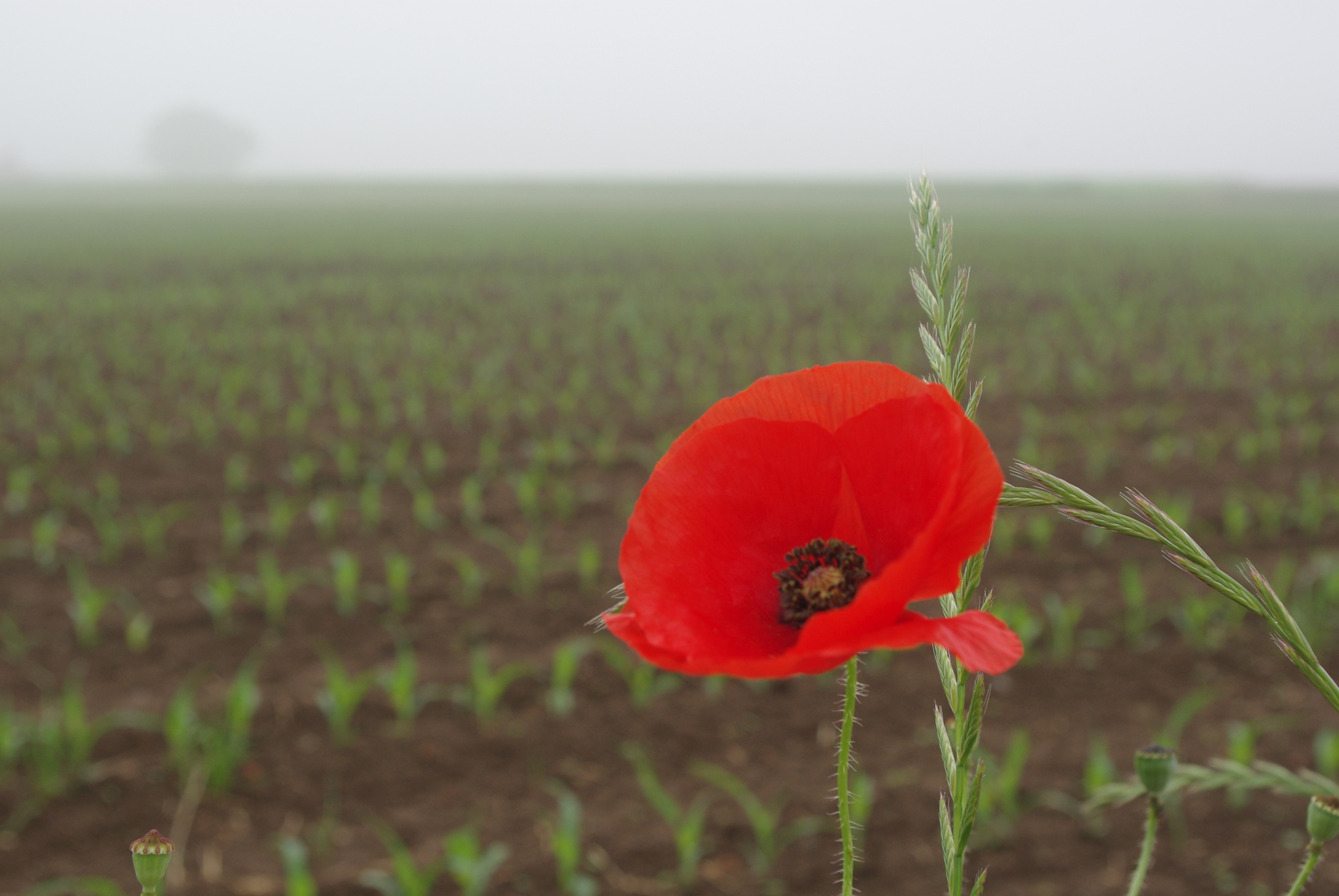 In Year 9 our pupils engage in a depth study of WW1 in their History lessons. Pupils investigate the conflict through an interpretation comparison of the Michael Morpurgo novel ‘War Horse’ and the television show ‘My Boy Jack’ before a term of lessons focused around causes, conditions, the home front and the impact of the conflict. Pupils also engage in some home learning with the Trenches Project seeing a collection of cakes, modules and other creative homework being bought in. This study gives pupils a deep understanding of the conflict and its’ significance in 21st century Britain.