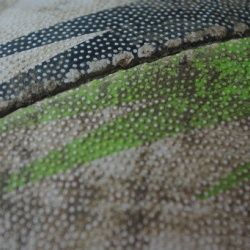 On Tuesday 25 September 2018, the Deer Park Year 9 Boys Rugby team won a thrilling match against their closest rivals, Kingshill School. Kingshill started extremely well and were the stronger team in the first half and led 19–12, but we always felt we were in the game, with some terrific individual tries.

In the second half, we were much organised and structured and were far more aggressive in the tackle, which consequently raised our team performance. The team was inspired by captain Jack H, who led by example with creativity and energy at the breakdown. This led to our team having more possession of the ball and more space in attack, with some fierce, direct running from Rauri F and James T causing havoc in their defence. Before long the score was level at 26-26 with 3 minutes to go. Then suddenly, out of nowhere, the Kingshill fly half scored an amazing drop goal from the 10m line to give them a 29-26 lead with 90 seconds remaining. To our boys' credit, their heads didn’t go down and with time running out, we kicked off. Kingshill caught the ball and desperately tried to clear for touch but they crucially missed touch! We then passed along our backs line and scored a brilliant team try in the corner from our winger Hugo O to win 31-29. A sensational comeback and the team showed tremendous resilience to come out victorious! Well done boys.

Man of the match: Jack H

Jack H: ”A brilliant win and unbelievable result. However, we need to train even harder as we have difficult opposition to play in the next few weeks.”

James T: “I’m really chuffed for the team as the opposition beat us the last 2 games.”

Tyler J: “We were so much better second half. We need to play with that intensity from the beginning.”

Congratulations to our Year 9 Rugby team who have got the season off to a flying start. Our team clearly rose to the challenge. They demonstrated their skills, resilience and sportsmanship. I wish them equal success in future matches. Good luck.