As part of our Shakespeare celebration, and following on from Be a Shakespearo!,  46 of our Year 7 pupils travelled to Stratford-upon-Avon on Tuesday 19 April for a new project bringing together English Literature and Drama learning.

Pupils took part in workshops  with professional actors at the Royal Shakespeare Company Education Centre, focusing on ‘A Midsummer Night’s Dream’, the play they are currently studying. They looked at the play as actors, but also with a view to understanding the language and characters and themes. After lunch they enjoyed an exciting ‘From Page to Stage’ tour at The Other Place, the RSC’s recently reopened studio theatre and creative hub. Pupils were fascinated to find there was a window into one of the rehearsal rooms, from where they were able to watch a real cast of actors and the director preparing for a new version of ‘Cymbeline’. They were also able to peek into the vast costume hire store. All the while, there were technicians and other company members going about their work, giving pupils a realistic feel of what professional theatre life is like. 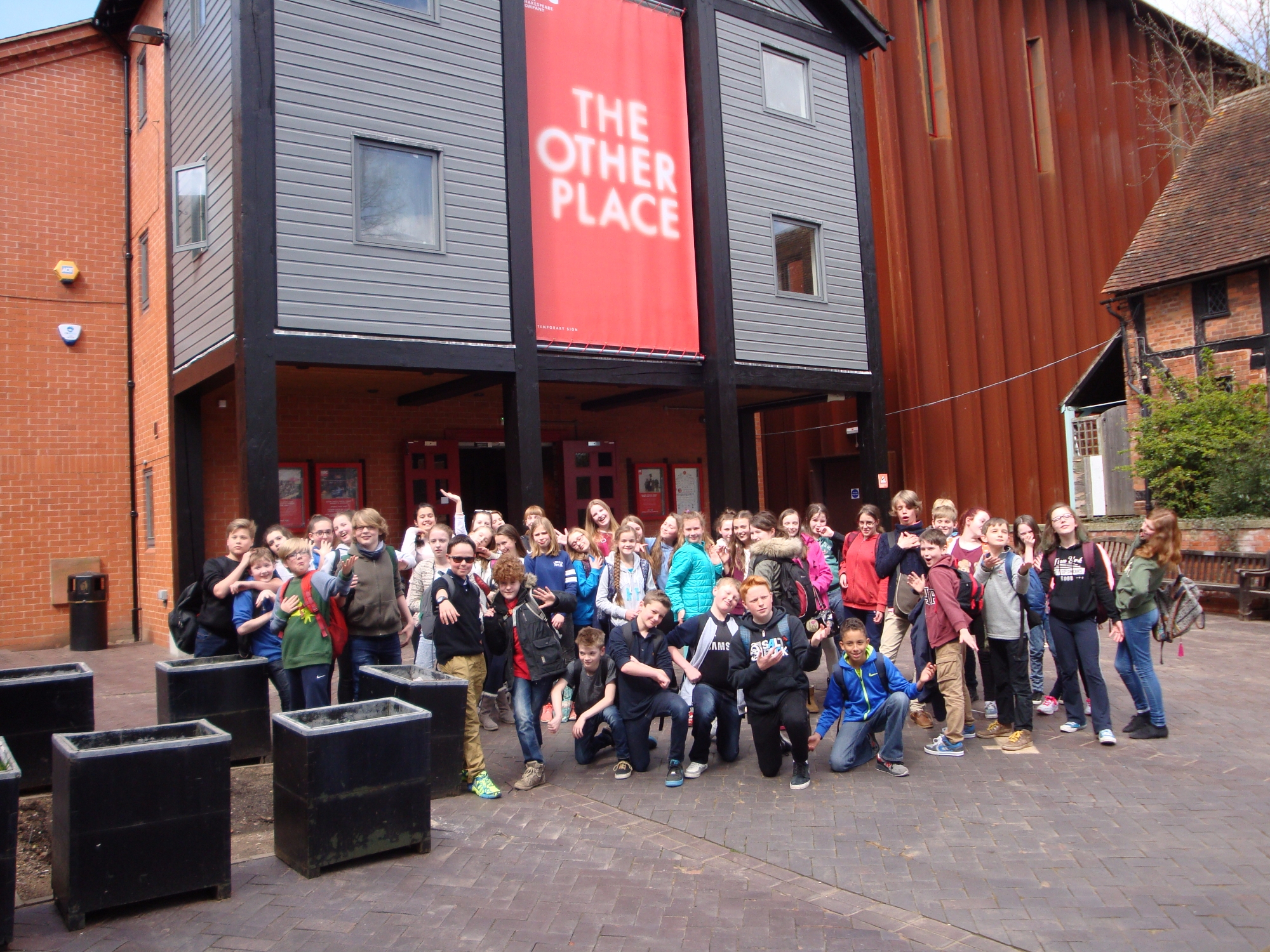 It was a very exciting week to be in Stratford, with preparations underway for the RSC and BBC collaboration, 'Shakespeare Live!'  which was hosted by David Tennant and broadcast live on BBC2 on Saturday 23 April, the 400th anniversary of Shakespeare's death. The pupils were lucky enough to hear the orchestra practising for this event during their tour.

"During the workshop we worked with Mary, a professional actress. It was fantastic being able to work with her because she taught us lots of skills and helped us to develop our acting abilities."

"The costumes were very inspirational. We learnt that if you have a pacemaker then you can't wear costumes with magnets because they will effect the pacemaker's beat."

"We discovered that in A Midsummer Night’s Dream the fairies can be portrayed in many different ways, including grumpy teenage fairies, puppets, giggly fairies and having local school children play the parts as a stereotypical fairy."

"They told us that you can see a play as many times as you want but they would all be different in their own way!" 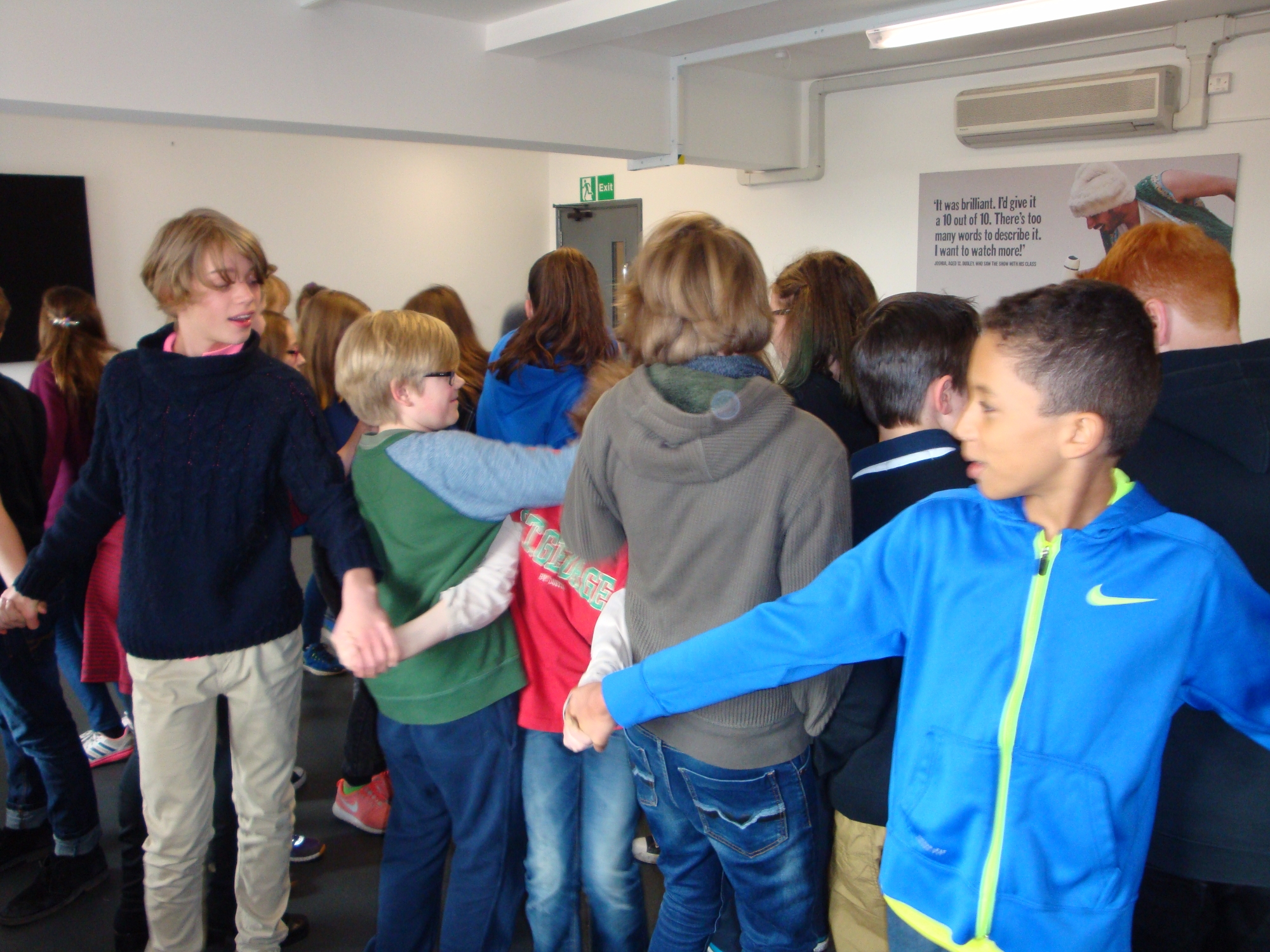 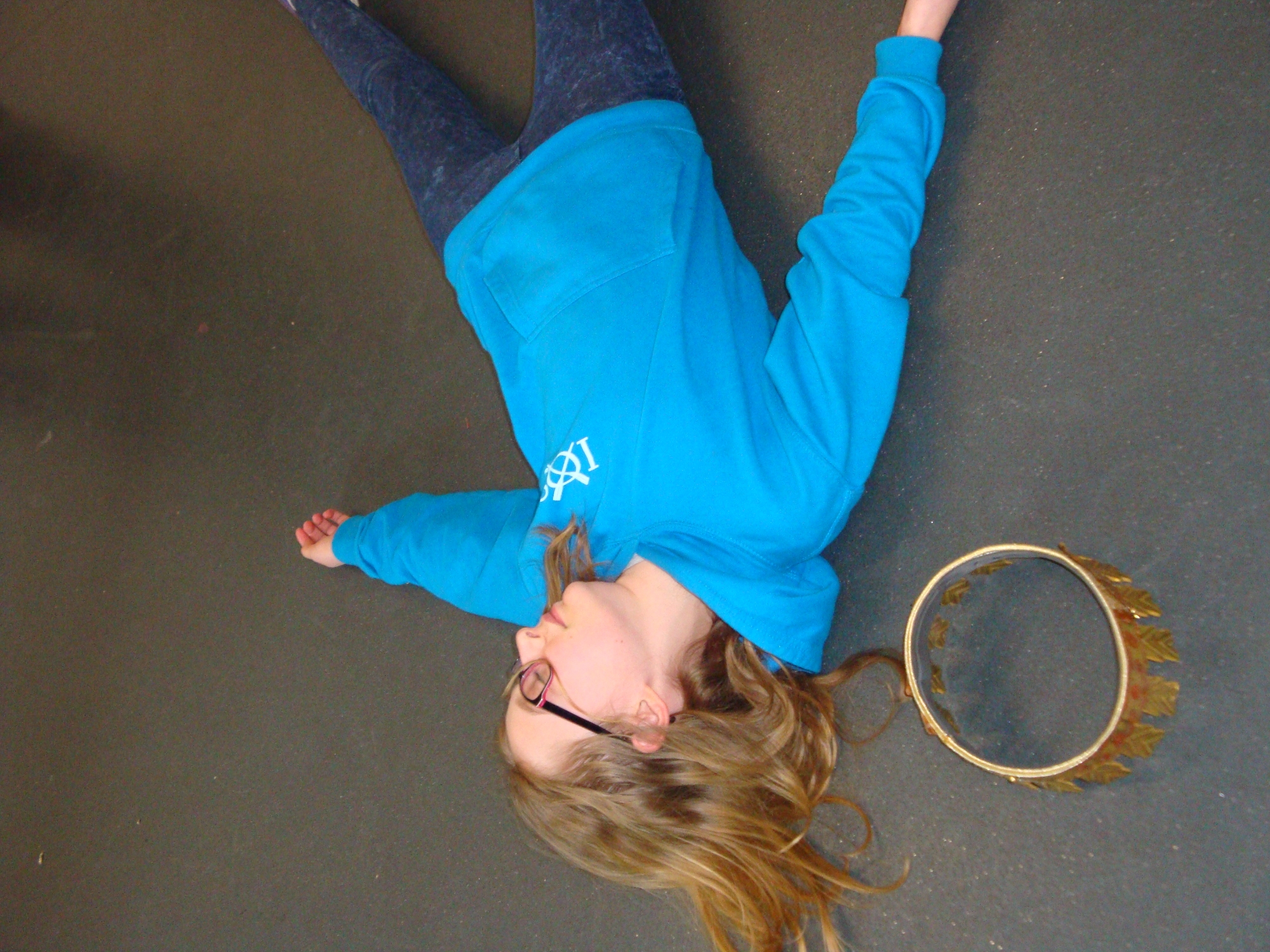 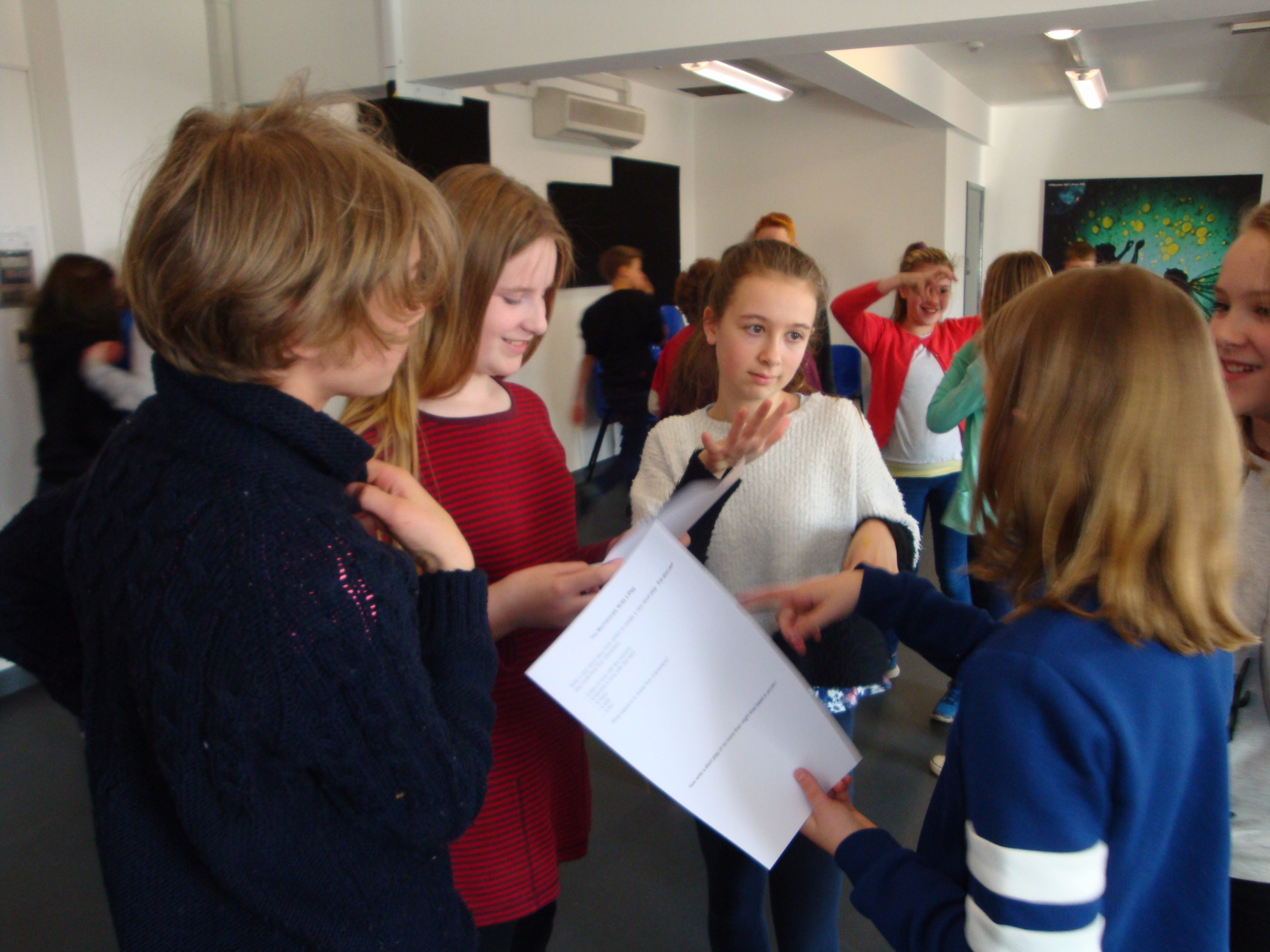 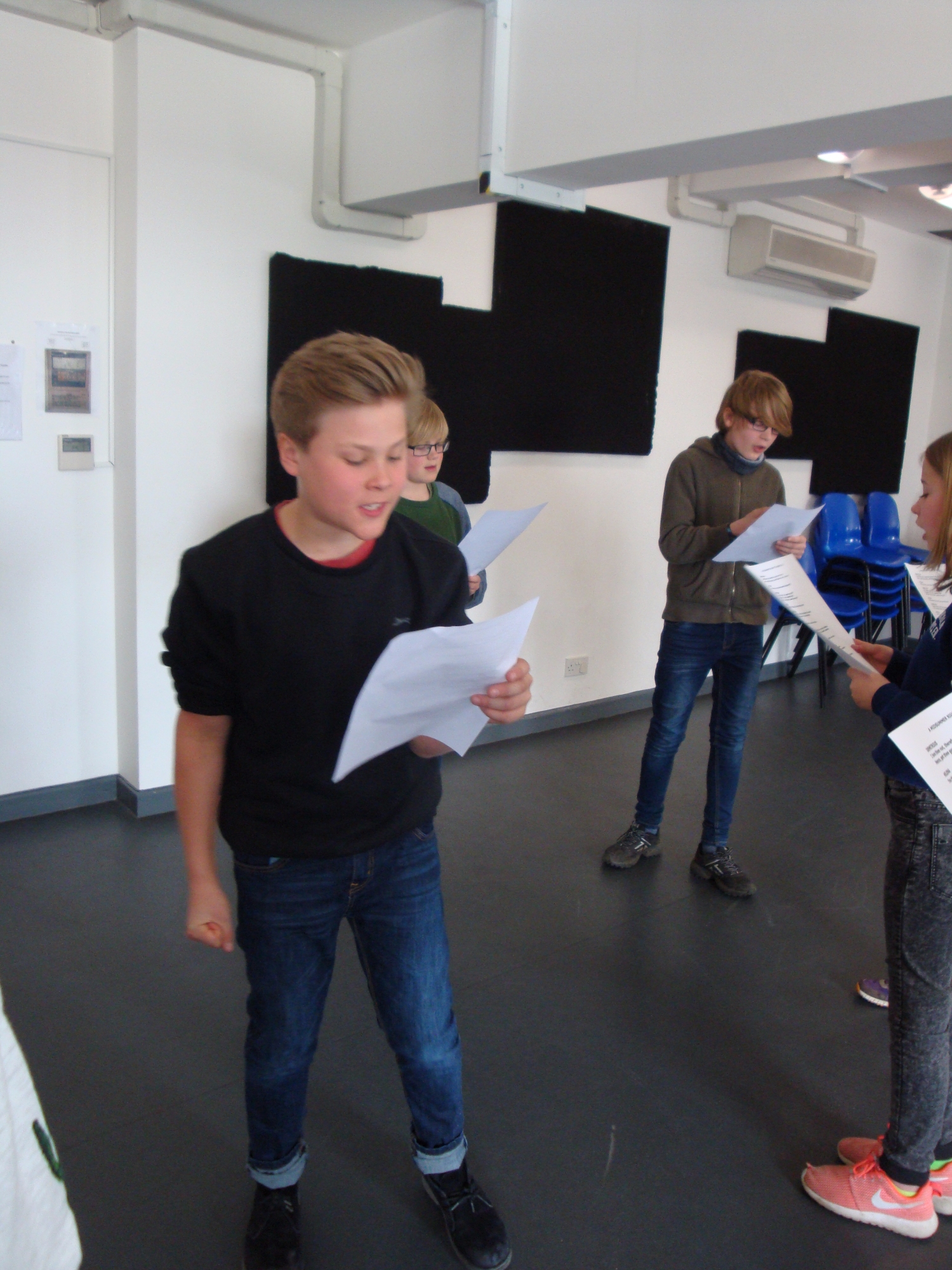 Without doubt, this was an experience that enhanced both the pupils’ enjoyment and understanding of Shakespeare’s work. The pupils involved followed up their visit to the Royal Shakespeare Company in practical workshops in school on Monday 25 April with Drama and English teachers to look further at Shakespeare’s text in performance.  This involved reviewing the material from the theatre company and building on this through practical theatre exploration of the characters and the plot of A Midsummer Night's Dream. They focused on the specific text for assessment, including a detailed breakdown of the language, the charters and the relationships.  After analysis, pupils were asked to stage the extract showing their understanding of the play and how the extract worked as Drama as well as Literature.