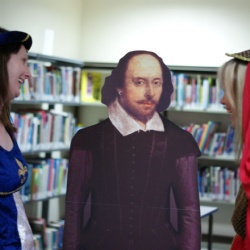 On Monday 23 April 2018, Deer Park celebrated Shakespeare’s 454th birthday with fun and games in the school library, the PLC. Pupils in Year 7, 8 and 9 were invited to take part and flooded the PLC at lunchtime with great enthusiasm.

Shakespeare is a central part of the curriculum at Deer Park. In Year 7, pupils study A Midsummer Night’s Dream. They have the chance to play a quarrelling lover, a Fairy King, or a member of the Mechanicals. The pupils also get the chance to experiment with set design and staging techniques.  In Year 8, they move onto a Much Ado About Nothing, a tale of dastardly deeds surrounding the supervillain Don John, who constantly meddles in the affairs of the romantic couple Hero and Claudio. In Year 9, they read about the ultimate teenage rebellion in Romeo and Juliet, exploring contextual links and alternative interpretation. Finally, in Year 11, they evaluate and interpret what a tyrant will do to hold onto power in Macbeth. The skills they learn early on set the foundations for a successful GCSE year.

The first activity that awaited the pupils on Shakespeare's birthday was dressing up and taking a selfie style photo with our life-sized Shakespeare, which attracted numerous passers-by with the promise of comedy wigs and giant sunglasses.  They also had the opportunity to win prizes through a number of competitions. The first was a Treasure Hunt to find Shakespeare’s hidden quotes, with clues to which Faculty they were hidden in. For example, “Oh brave new world” was hidden in Geography, whilst “Parting is such sweet sorrow” was above the door in Reception. We  won’t tell you where “That way madness lies” was hidden. The first team back in Year 7 was Freddie G, Andrew W, Kim C and Bolu R. In Year 8, Lily R, Willow M and Libby R were first back with all of their answers correct. 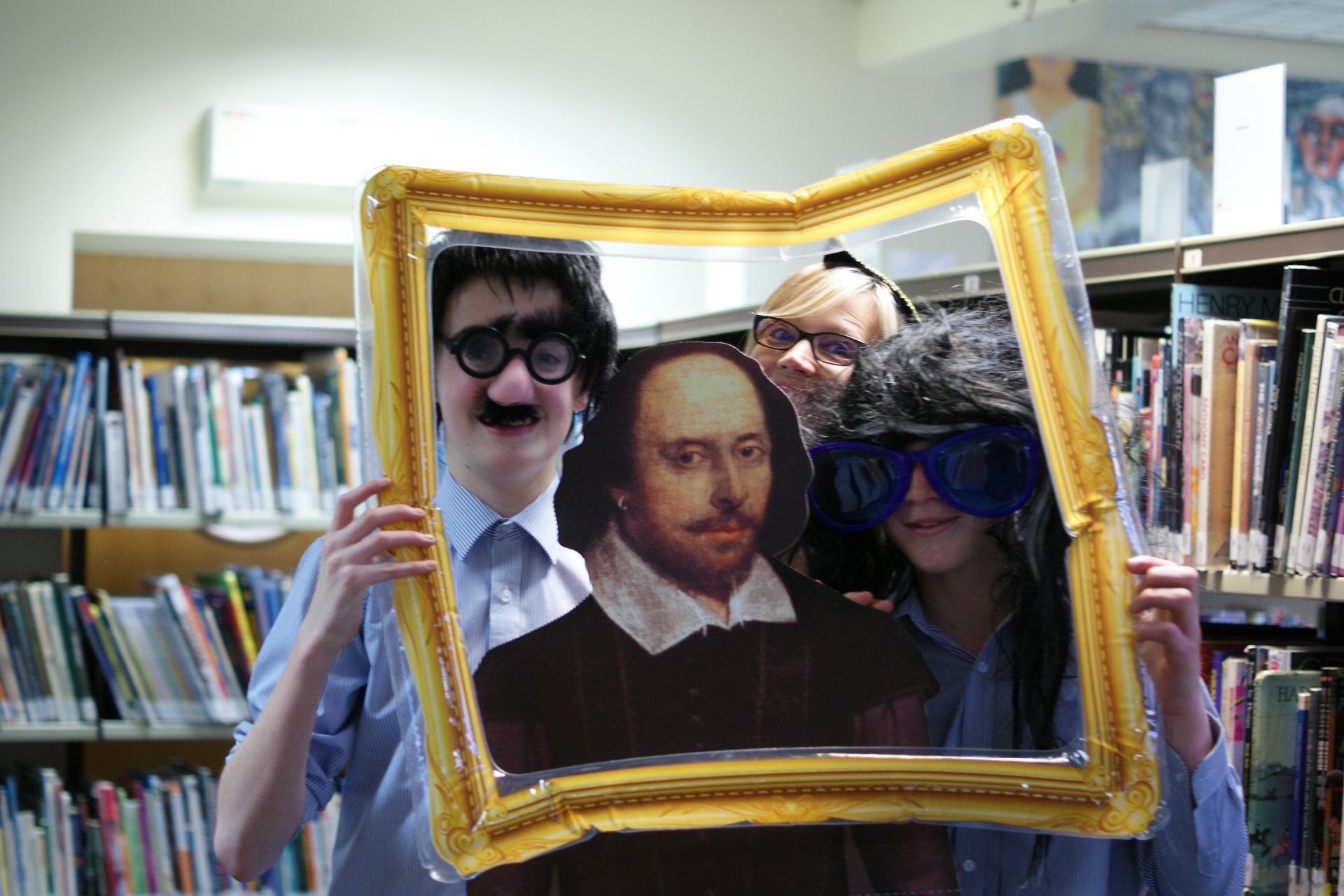 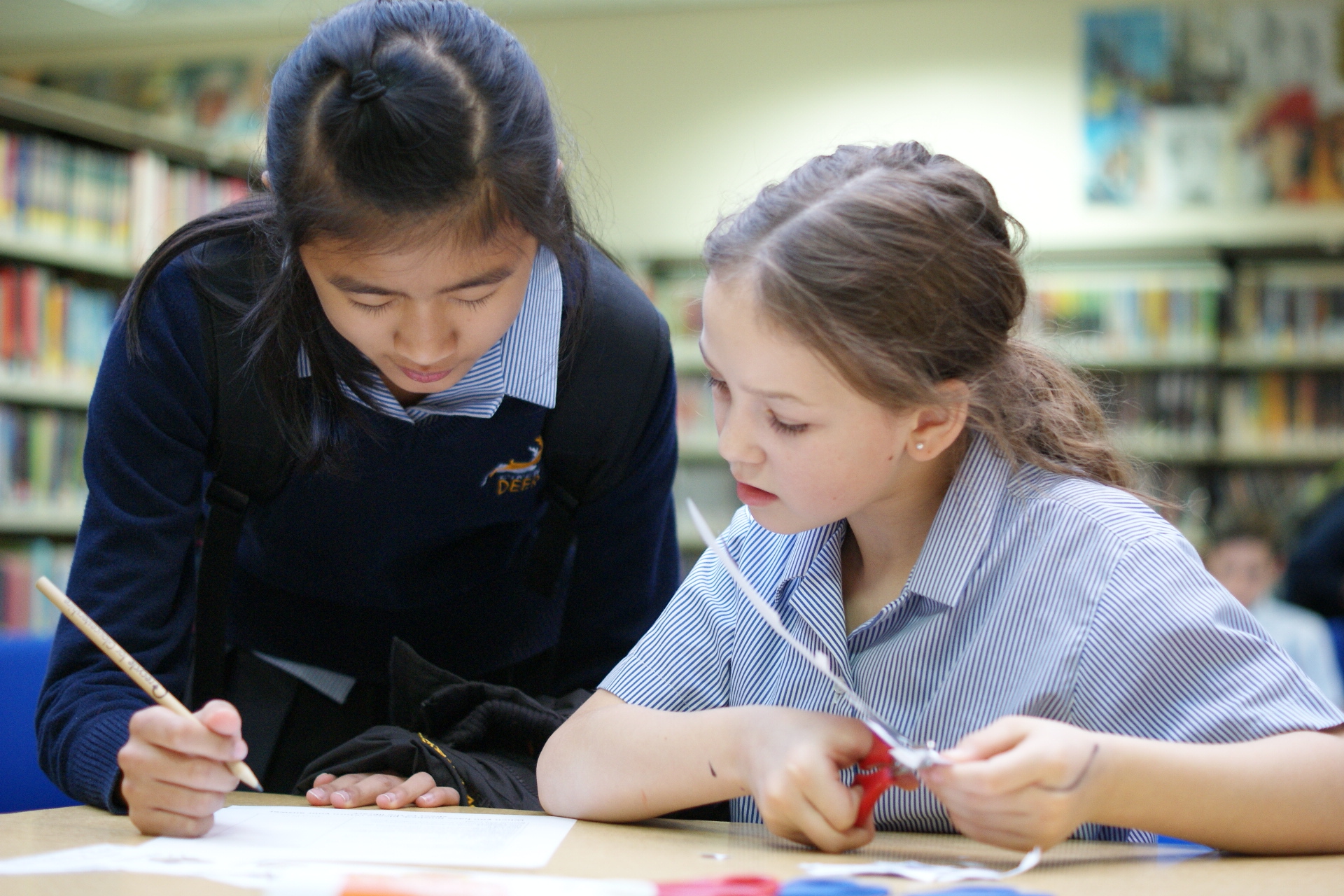 “I didn't know Shakespeare had a son called Hamnet.”

“Was he really lost during the ‘lost’ years?”

“The quiz was a full of fun facts.”

“I didn’t know his parents couldn’t write. I thought they’d be posh.” 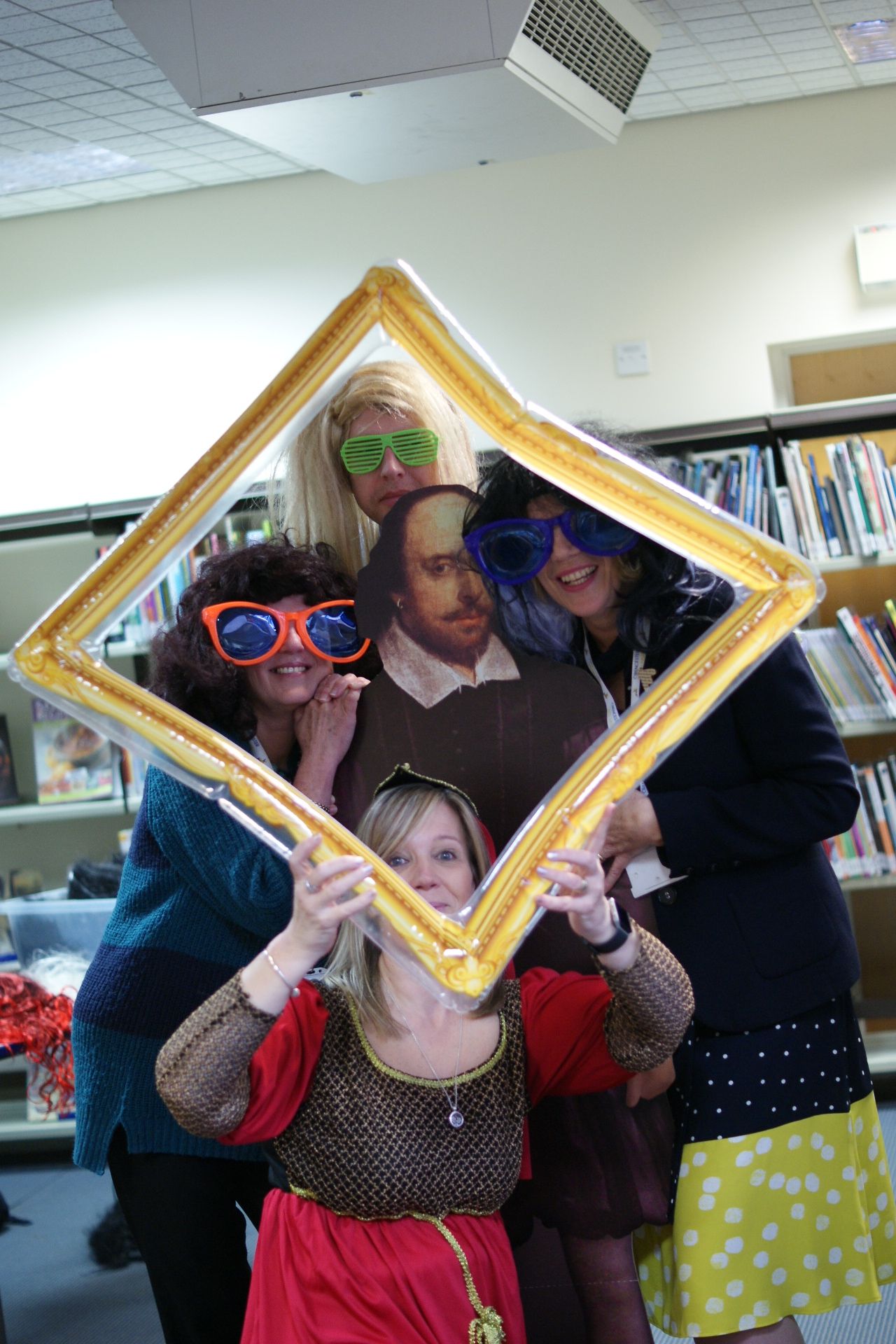 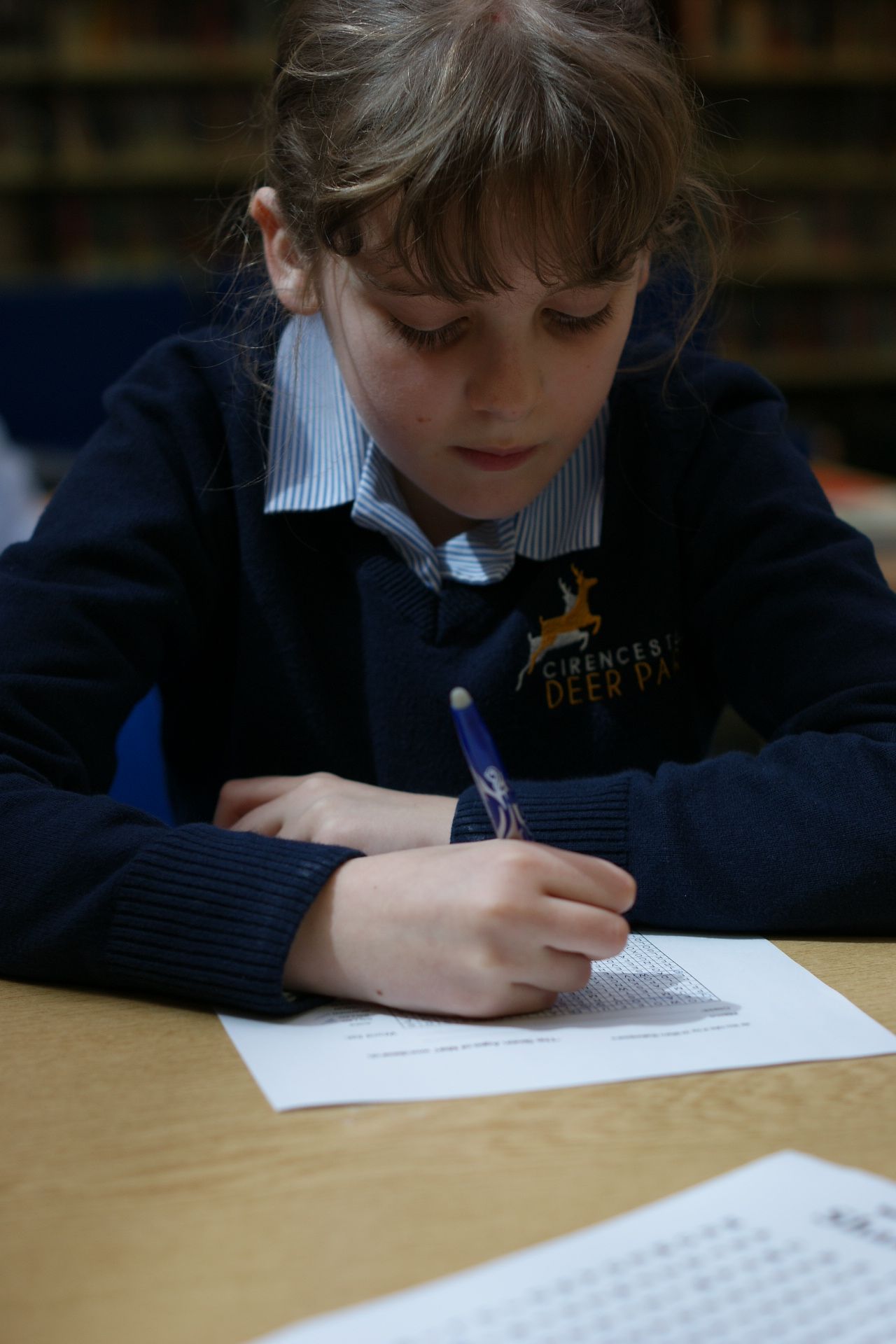 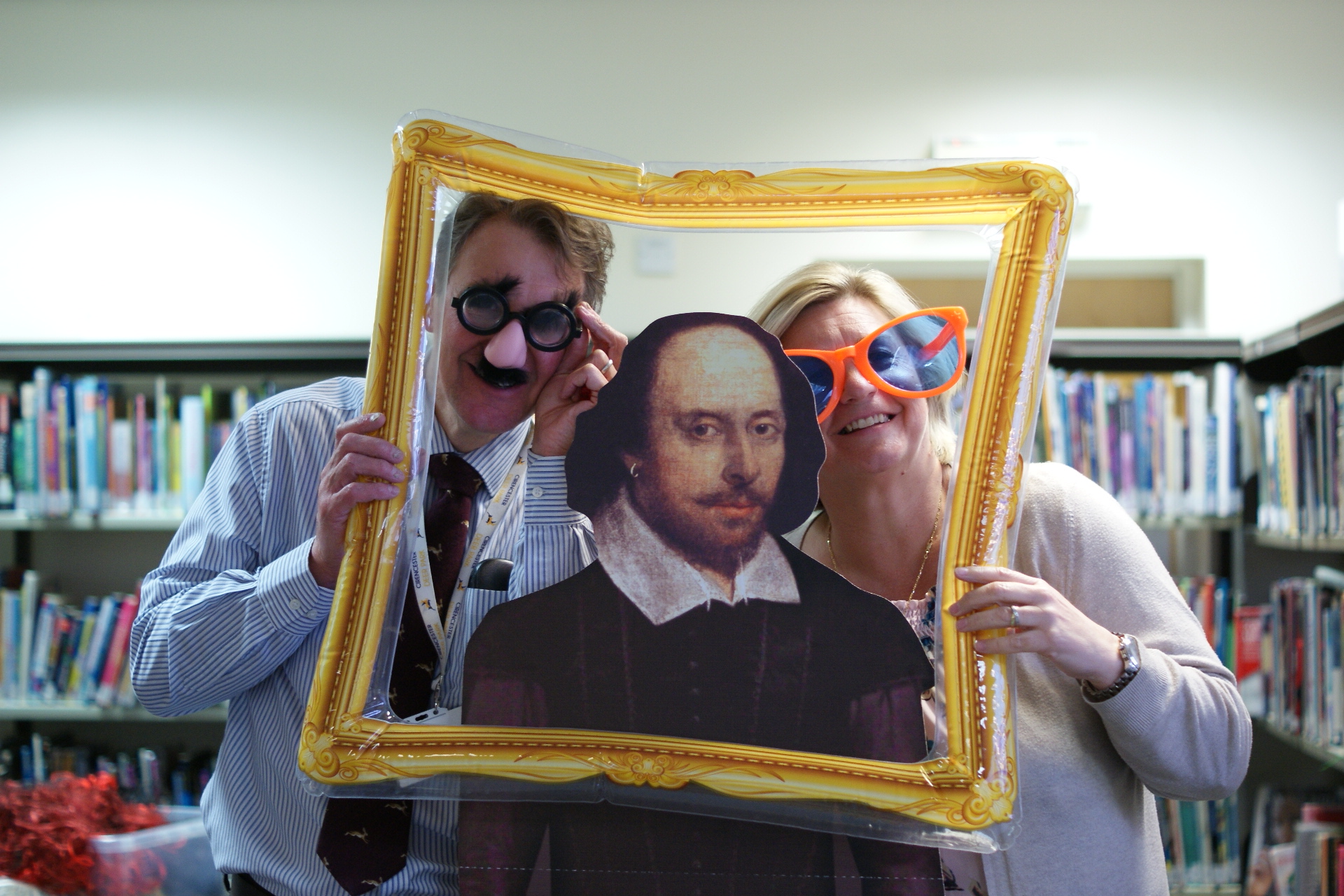 Other activities included building a miniature Globe Theatre, costume design, quizzes and word searches. There were too many entries to name everybody, but plenty of pupils will be surprised with prizes in their next assembly. A good time was had by all, and a great way to celebrate the birth of one of our greatest writers.

Finally, we have to mention our librarians, Mrs Bond and Mrs Hill, who not only worked tirelessly to make the event a success, but dressed up as Shakespeare characters to boot, much to the delight (and confusion) of the pupils. Mrs Bond and Mrs Hill commented "It was lovely to see the pupils and staff enjoying Shakespeare’s birthday party. All the activities were popular, especially the photo booth which was great fun!"