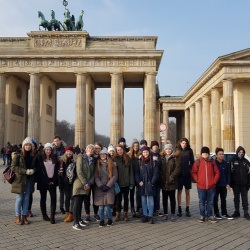 Forty-one Year 10 and Year 11 GCSE History pupils and 4 members of staff travelled to Berlin, capital of Germany, from Thursday 8 to Sunday 11 February 2018. The aim of the trip was to discover more about the city's past and to support the pupils' GSCE History studies of Nazi Germany and the Cold War. Our group stayed in a hotel with a view of the German Parliament, the Reichstag.

Friday started with a three-hour walking tour as an introduction to the city. Although the temperature was below freezing, everyone found the orientation tour informative and spirits were high! The tour included important sites such as the Holocaust Memorial, a site built to remember the 6 million Jews murdered by the Nazis, plus preserved sections of the Berlin Wall and the iconic Brandenburg Gate. 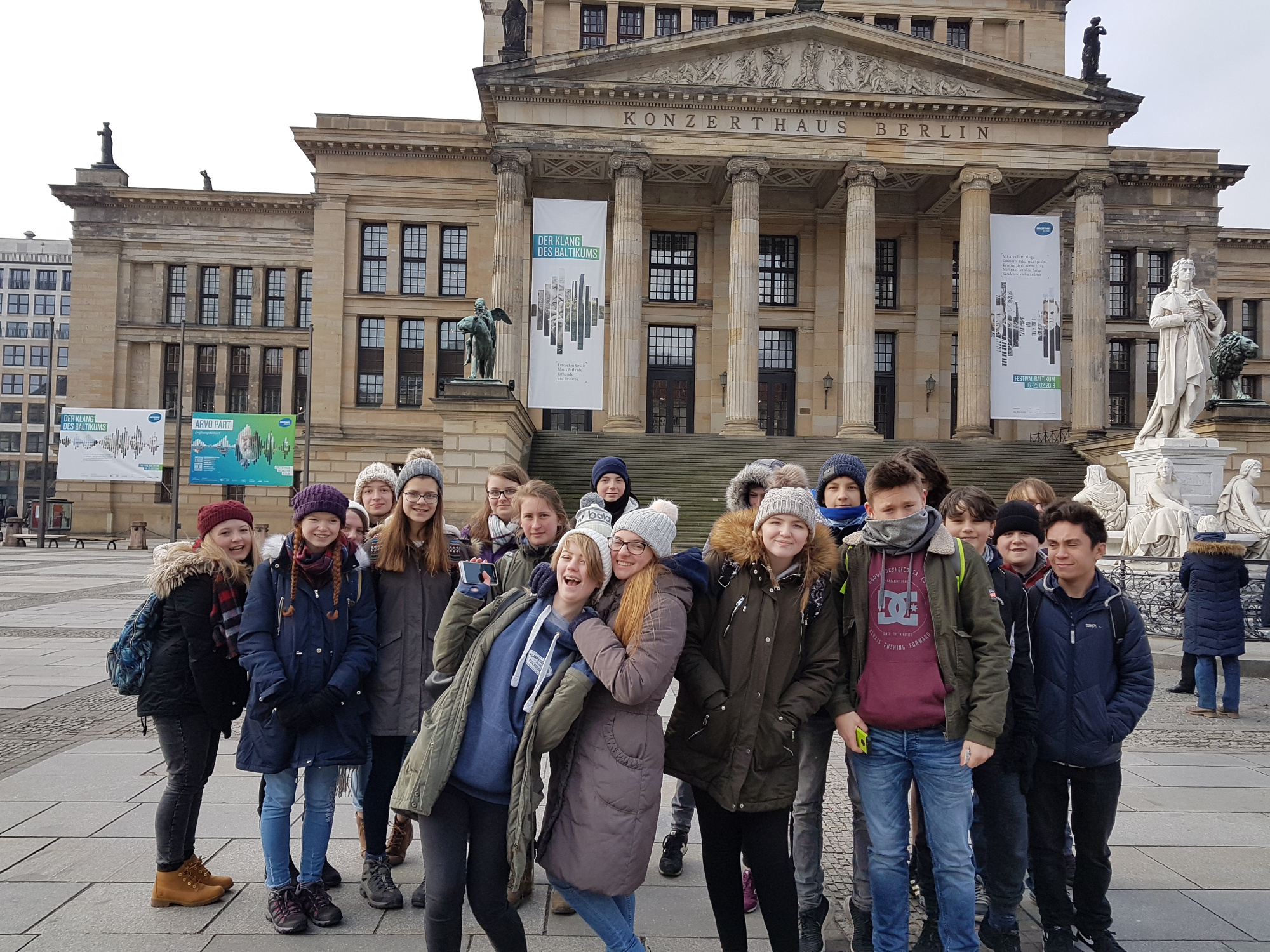 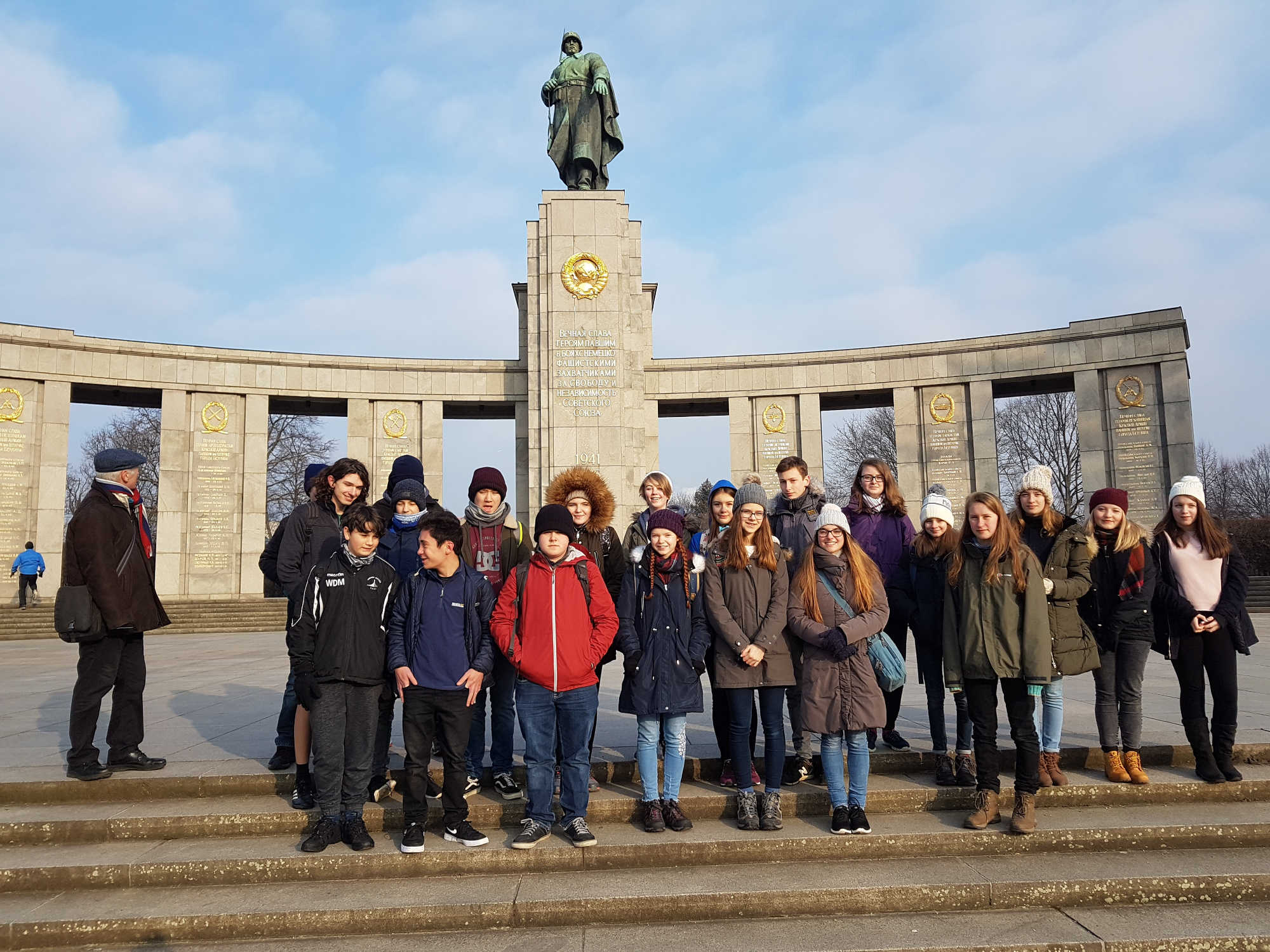 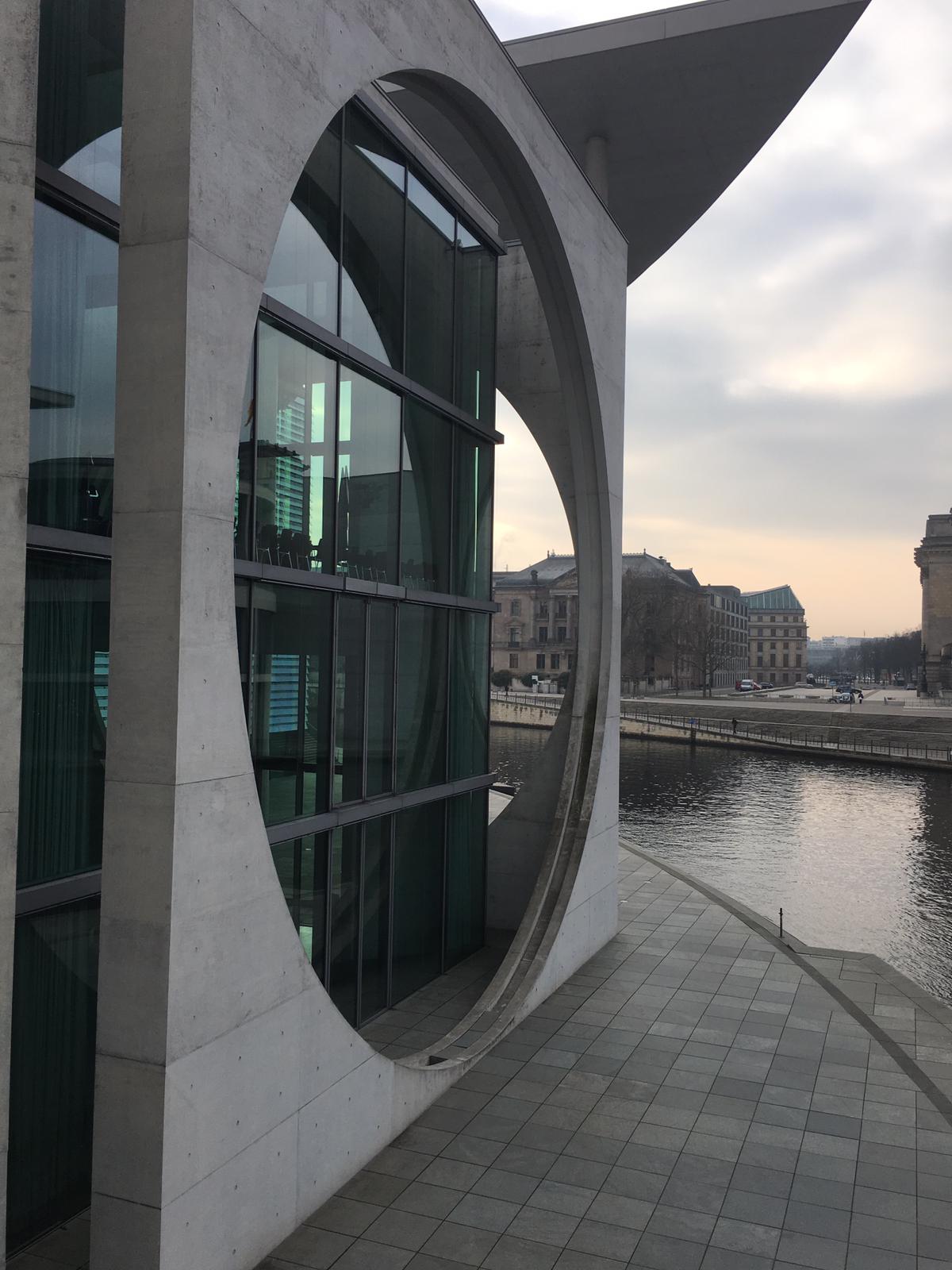 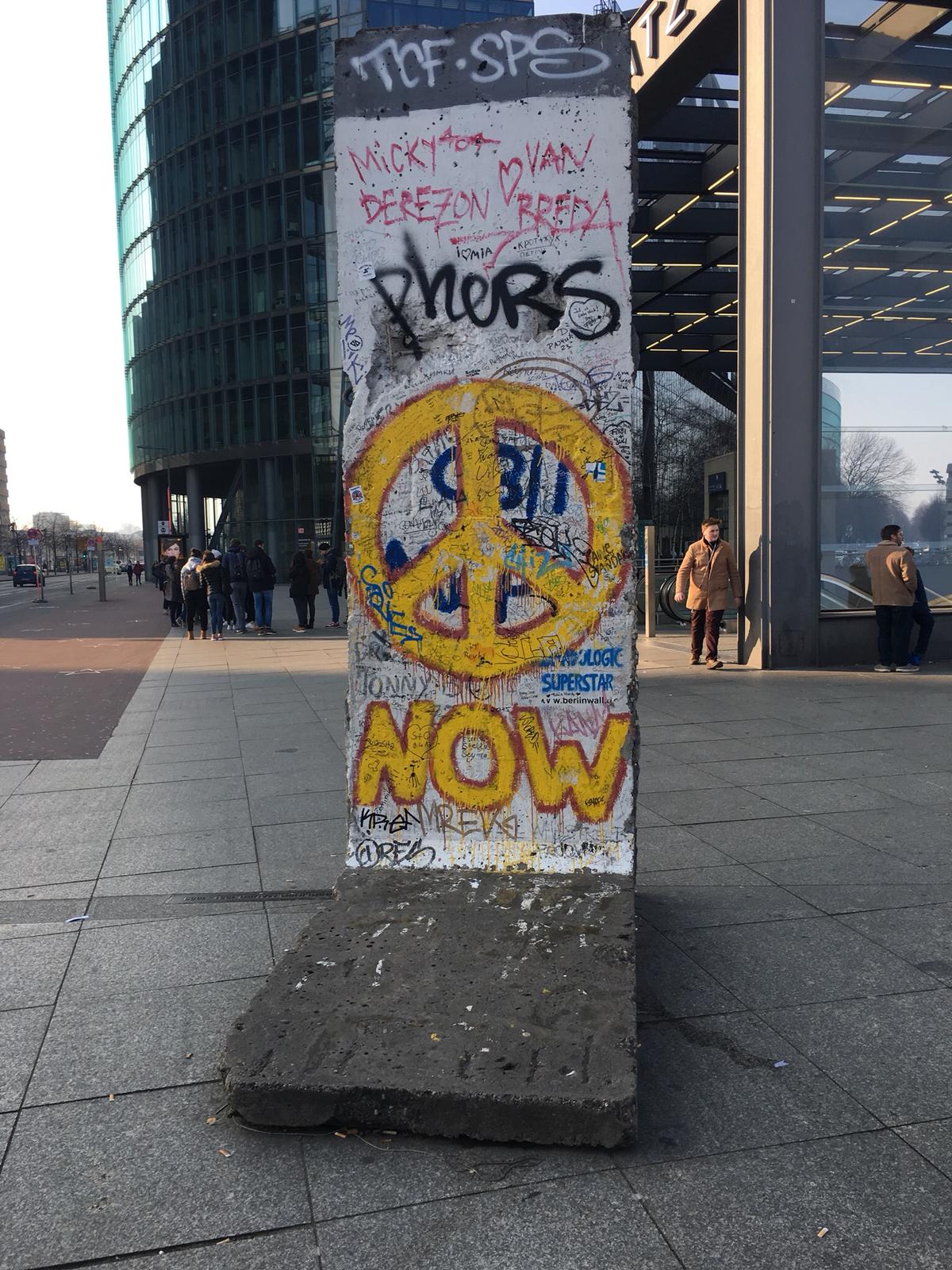 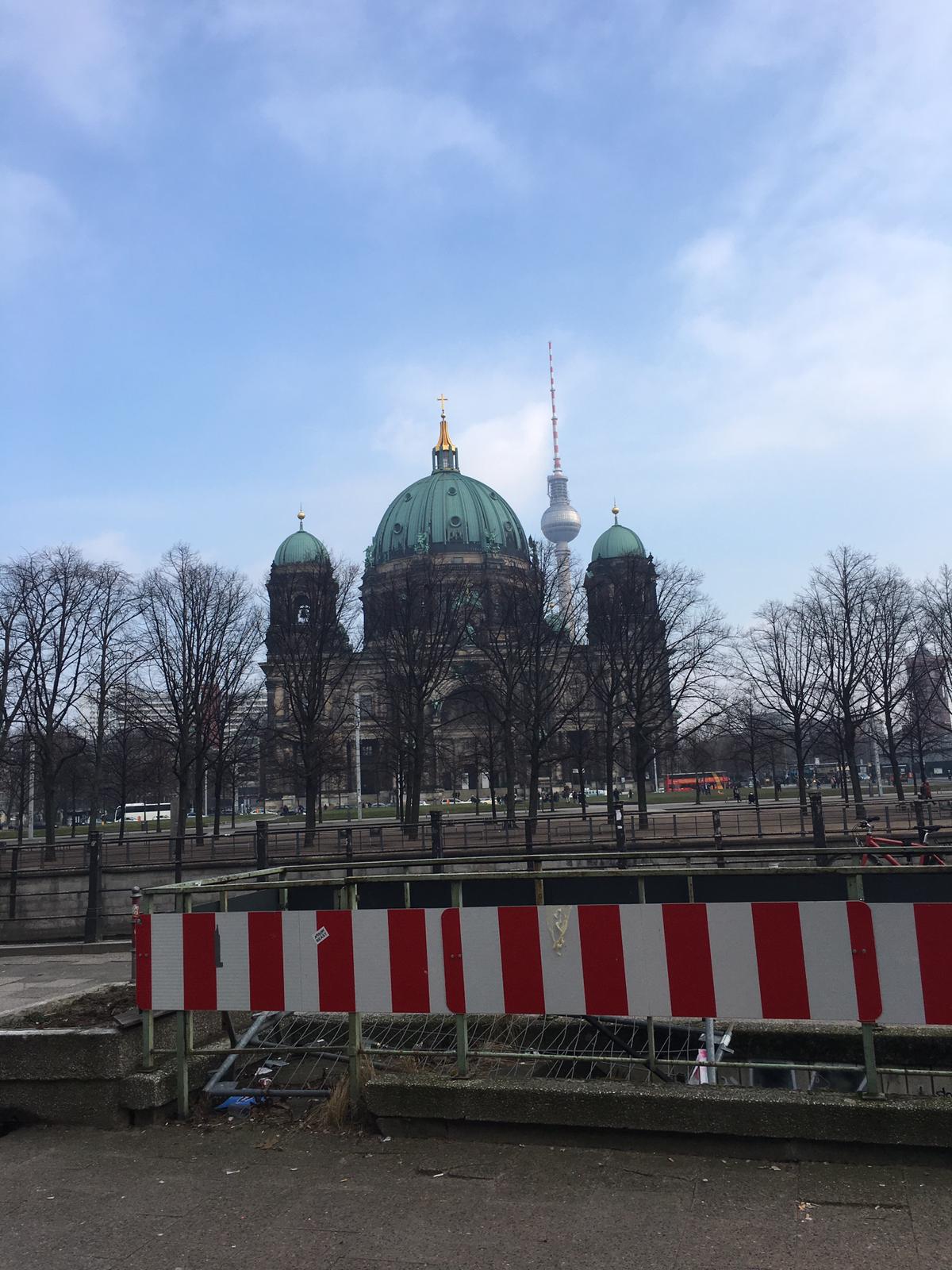 In the afternoon we visited ChocoWorld where everyone enjoyed the opportunity to buy souvenirs and to design our own chocolate bars! We followed this with a visit to the Topography of Terror museum. Here the pupils were involved in a source skills master class on the site which had previously been the headquarters for the Gestapo and SS, the Nazi’s secret police and security service. All of the tour guides commented on the maturity levels of our pupils and their engagement and participation.

After a short rest and dinner, we were back out again, enjoying a night-time view of Berlin’s skyline from the Reichstag dome. The dome in the Reichstag, where the German Parliament sits, is an amazing architectural feat and represents reunification of Germany and  the importance of democracy and transparency in German politics today - the glass roof allows visitors a birds-eye view of the debating chamber of the Bundestag below.

On Saturday we travelled to Sachsenhausen Concentration Camp for a self guided tour. Pupils were able to discover more about the conditions of the camp and discover the stories of some of the people held there during WW2. Primarily political prisoners, they included Stalin’s son and Martin Niemoller, a famous member of the opposition to the Nazis and co-founder of the Confessing Church, an organisation that undermined Hitler’s own Reich Church. Over 30,000 people perished at Sachsenhausen and it was an emotional day for us. Once again, all of the pupils showed tremendous respect for the memorial.

On our return to Berlin, we visited the DDR Museum. This was an opportunity for pupils to find out more about life in Communist East Germany during the Cold War; The former East Germany was known as the DDR, Deutsche Demokratische Republik.  The group had free reign to enjoy the interactive displays including a drive in a Trabant (car) simulator and the opportunity to see inside a typical apartment (including the rather terrifying lift journey), and even to dress up in  typical East German outfits. We ended this day with dinner and a view overlooking the Berlin Aquarium! 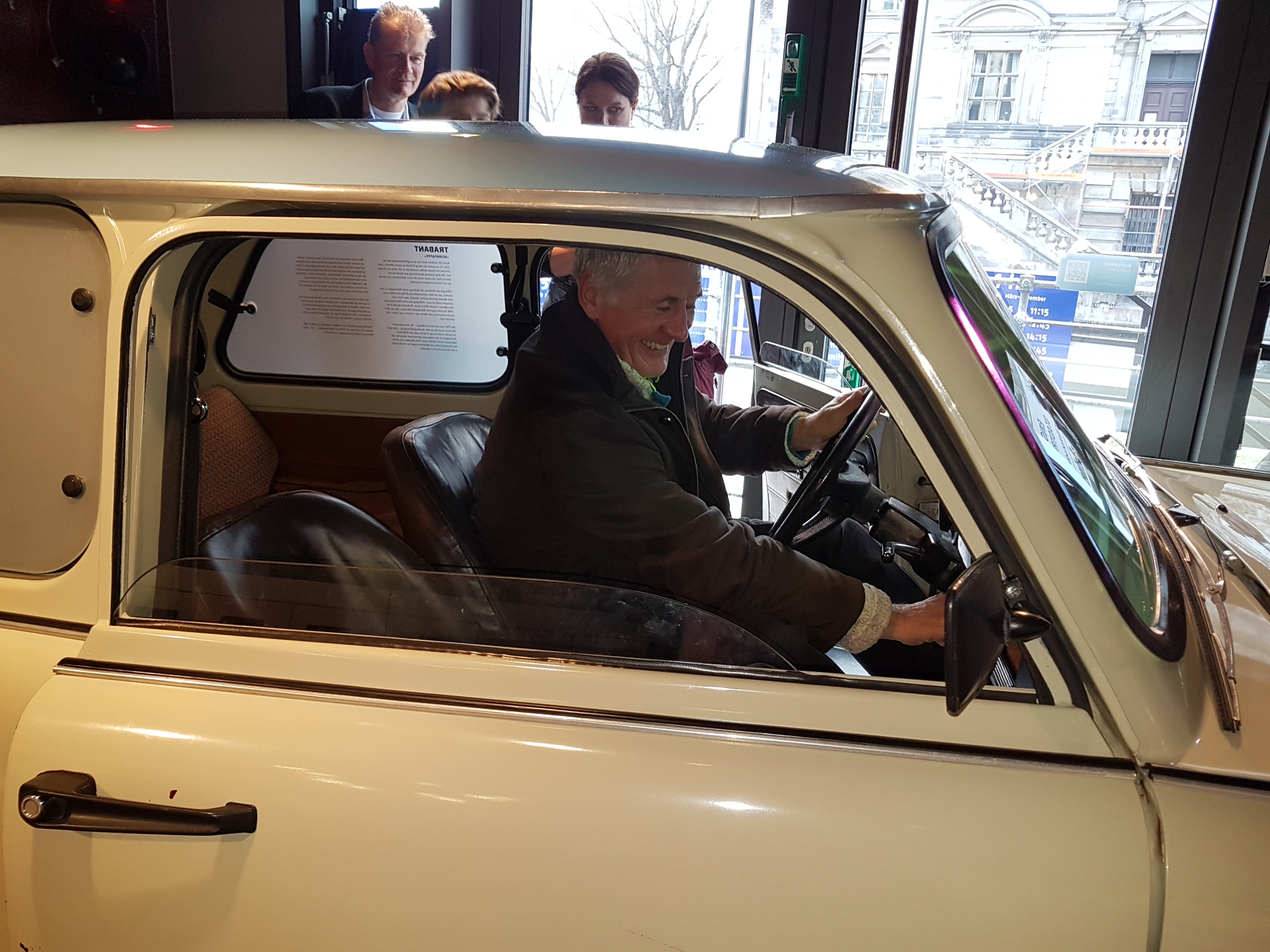 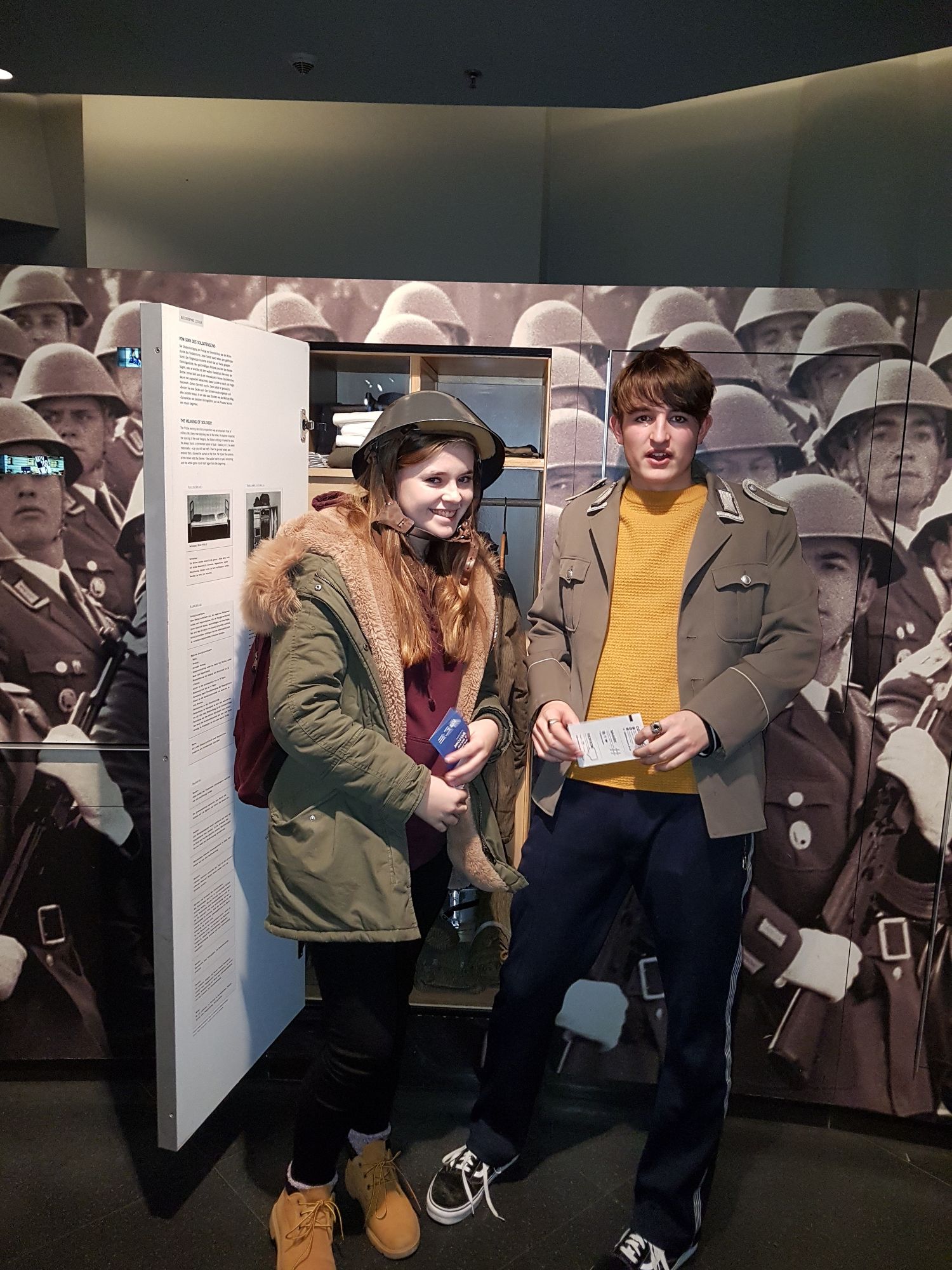 Our final day in Berlin was just as busy. We started the day travelling deep into the East of Berlin to visit a former Stasi Prison, where pupils heard the stories of inmates, including how they had been arrested and detained by the East German Secret Police for a range of crimes, some as small as using lipstick to graffiti a political poster. They learnt about the interrogation techniques and conditions to which prisoners were exposed.

After an emotionally draining few days the afternoon gave us some light relief when we stopped off at the Currywurst Museum! Currywurst is a national dish in Germany - a frankfurter sausage served with a spicy curry sauce! Its origins are from the aftermath of the Berlin Blockade in 1949 where the nation was looking for a tasty snack whilst also feeling the strain of rationing. We had a lot of fun competing for the title of fastest Currywurst chef and were able to try two varieties of the snack before we left!

Finally our trip was completed with a visit to the Mauer 360 Panorama, an art installation which creates a view of what Berlin would have looked like between 1961- 1989, when the Berlin Wall stood and Berlin was a divided city. This was a fitting way to end the weekend and to bring to life all of the stories that we had heard about during our time away. 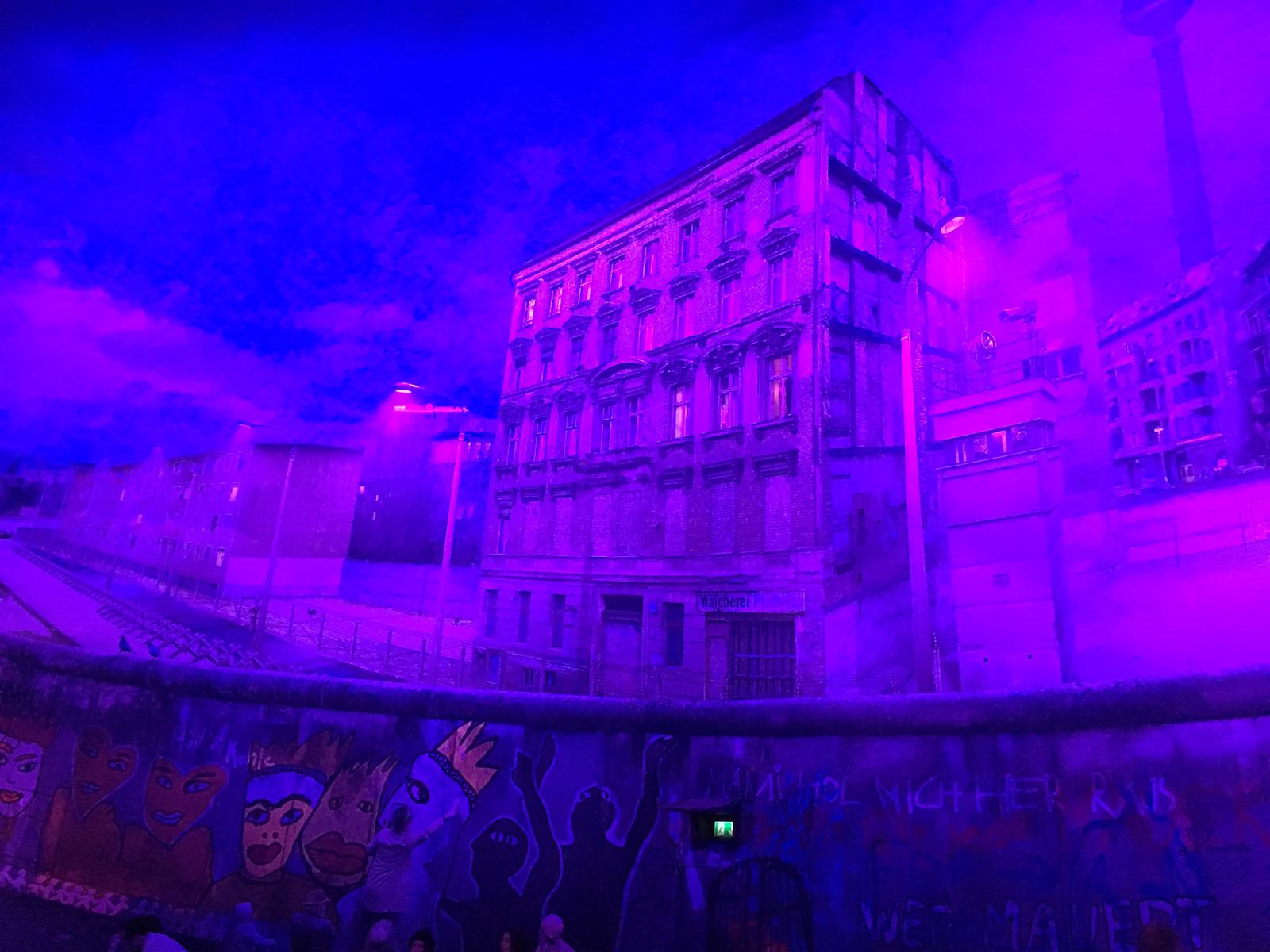 This was a busy trip, with pupils realising that we walked more than a marathon (26 miles) over the four day period. Deer Park Historians proved that they were resilient and they impressed us all with their enthusiasm and interest levels. They were a credit to the school and I hope that this trip will stay in their minds for many years to come, not just to help them with examinations, but as a new life experience.

Marlow: “The whole experience was great, seeing the main attractions in Berlin. Walking around a city abroad was exciting.”

Ben: “It was a great experience to see first-hand the impact of WW2. Also, I got to speak German, which will help my confidence in German lessons.”