The last weekend of half term (17/18 February) saw this hard-working cast, band and crew giving up their free time to rehearse intensively at school. 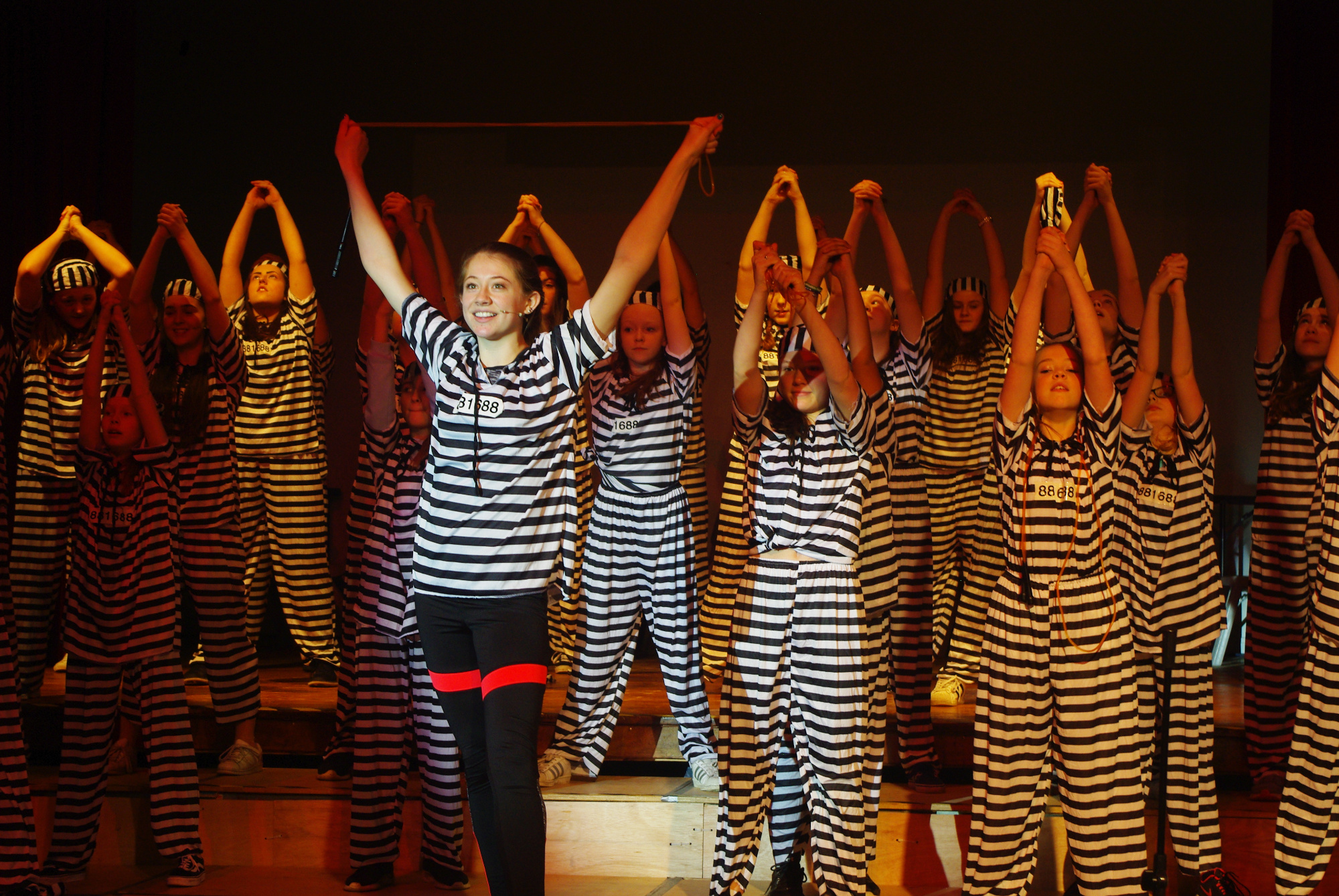 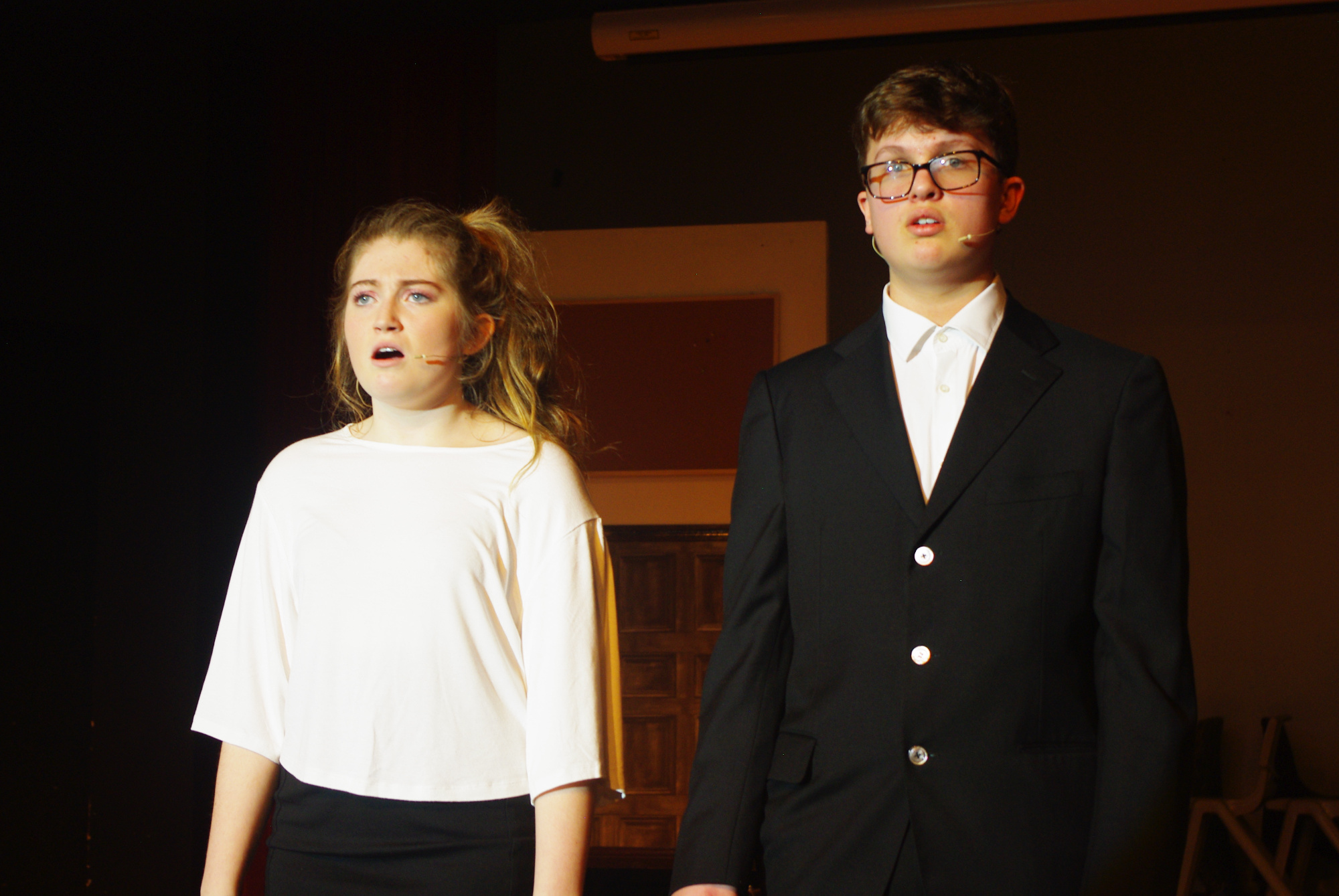 A section of the cast also took to the streets of Cirencester just prior to half term, on the morning of Friday 9 February, to promote this upcoming production through a series of flash mobs! Did you see them? 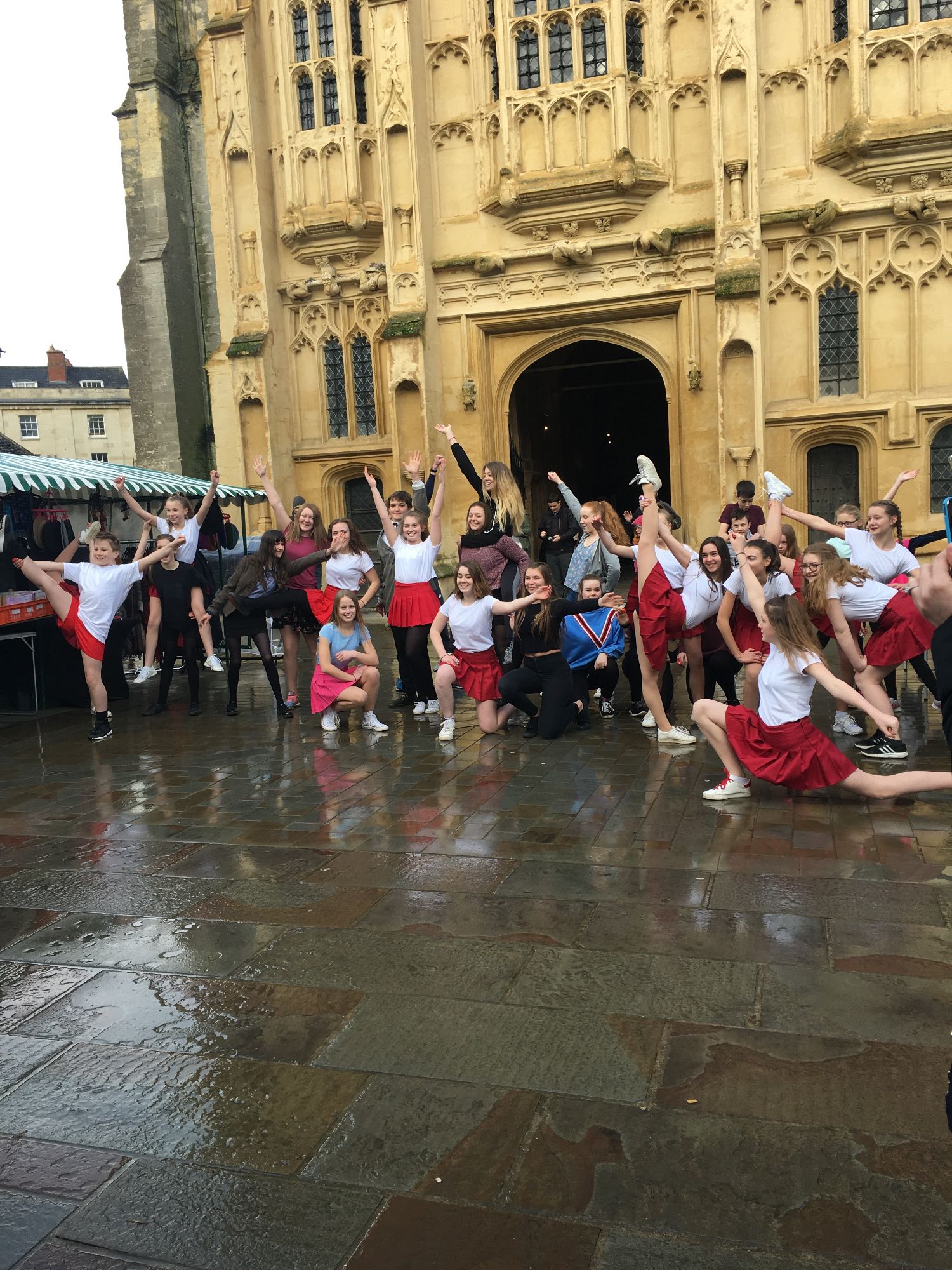 The flash mob numbers - 'What You Want' and 'Whipped into Shape' - involved a variety of energetic cheerleader stunts and acrobatics and took place in the Market Place, near Tesco and Cricklade Street. Many members of the public stopped to see what was going on and took photos and videos of the performances. It was a fantastic opportunity for these cast members to take part in the flash mobs; they were all very keen to help promote the show through their spirited performances and then handing round flyers to onlookers. Even the snowy weather and freezing temperatures didn't dampen their enthusiasm. 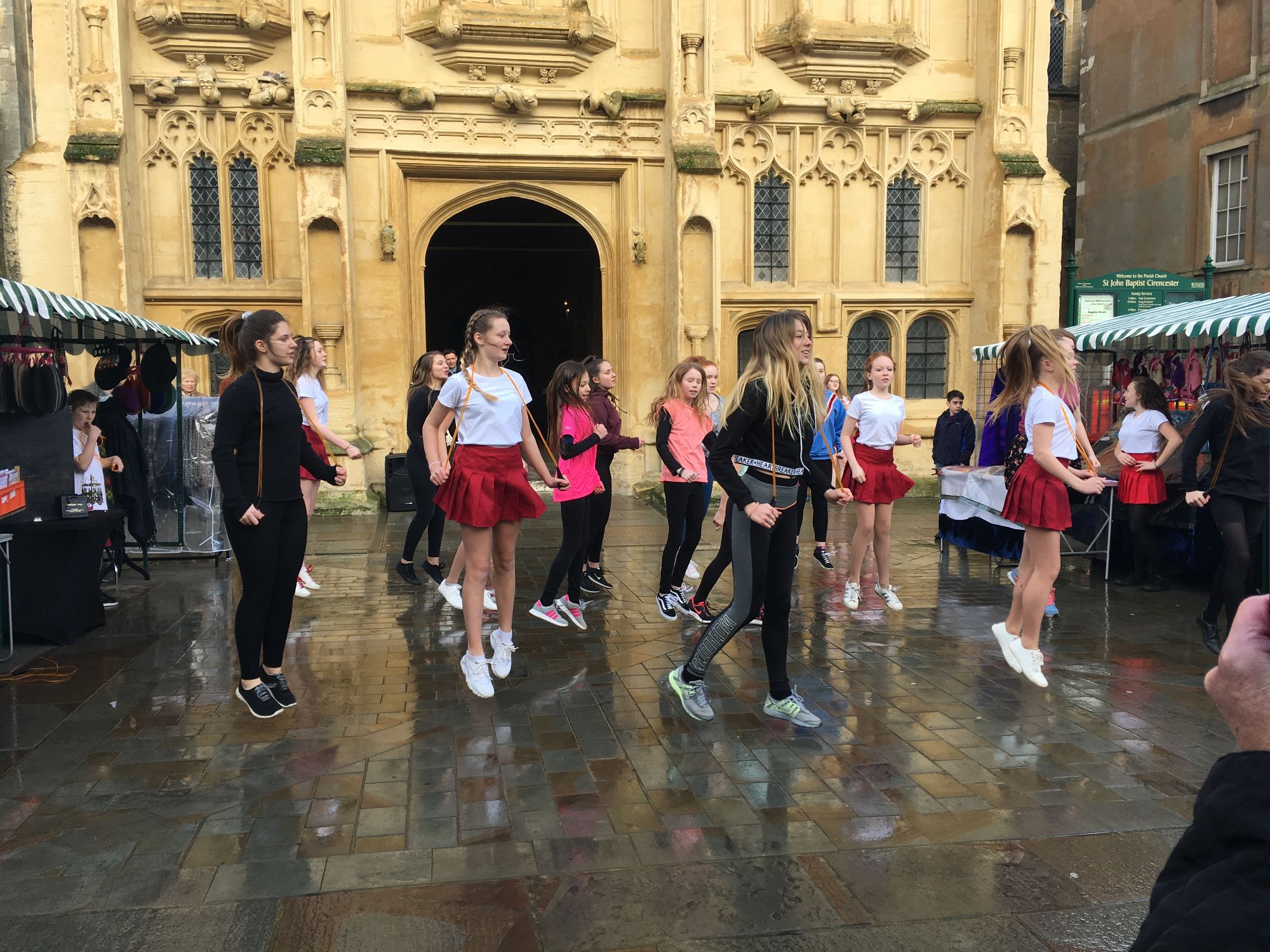 Theo (Year 8): 'I really enjoyed the flash mob, it was great fun and we got to perform in 3 different locations. I think it was really successful.'

Kaitlyn (Year 11): 'It was freezing cold but it was so much fun and was a great opportunity to promote our show in the local community.' 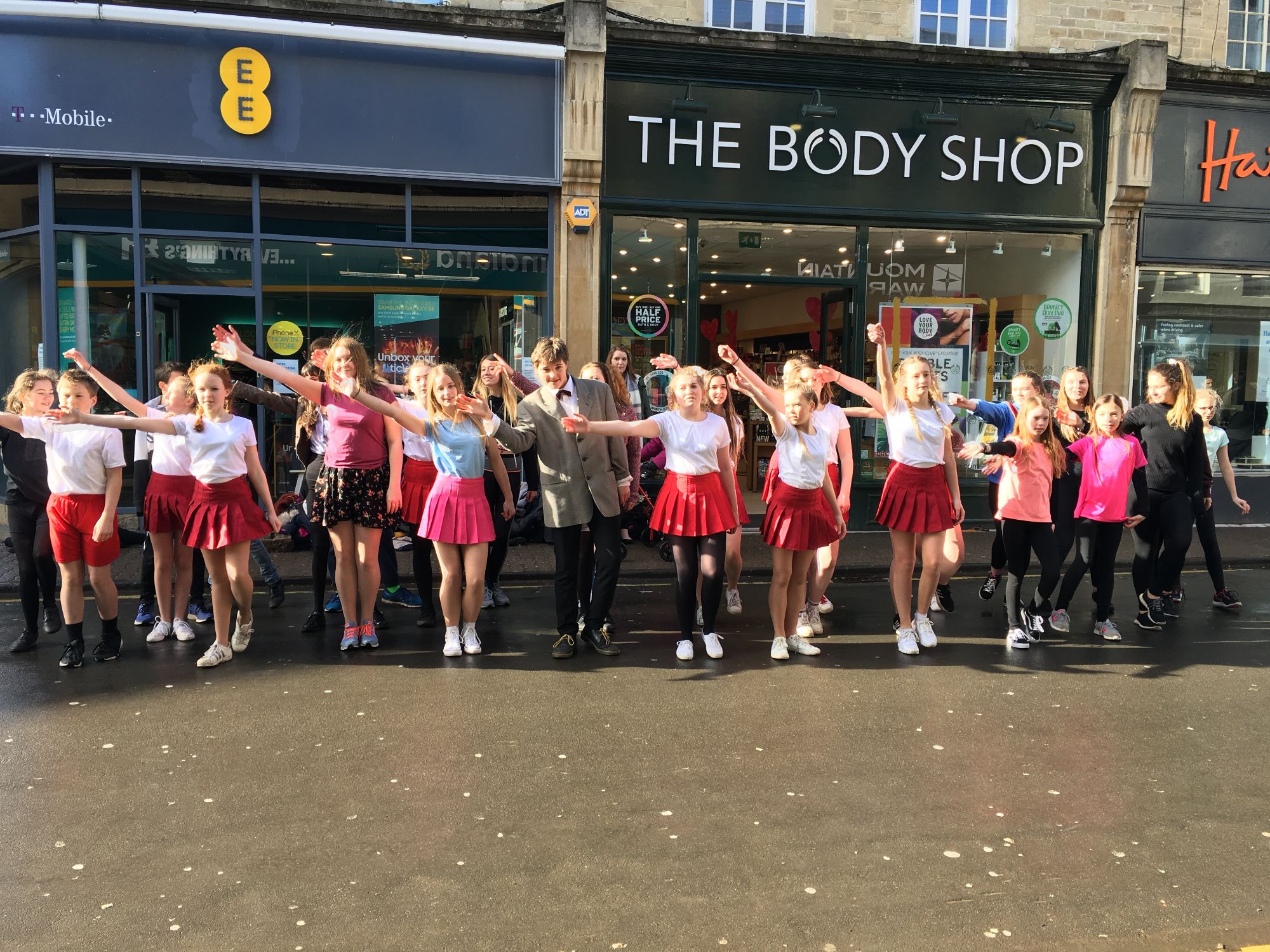 Over 100 pupils are involved in the preparation for this show, all of whom are very excited to show off their hard work. Pupils have been able to showcase their skills in singing, acting, dancing, playing instruments, designing costumes, creating set and technical skills in lighting and sound. They are all really excited for their families, friends and members of the local community to see all their hard work. Come along this week and find out more!