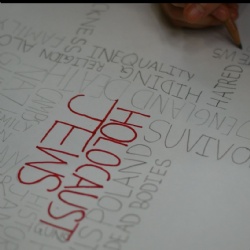 Remembering victims of the Holocaust.

On Friday 26 January 144 Year 10 Historians from Deer Park took part in a live webcast to commemorate Holocaust Memorial Day. Events are run across the country to remember the victims of the Holocaust and the webcast was run by the Holocaust Education Trust, with over 500 schools around the country taking part in a moving and emotive testimony.

The survivor sharing their story this year was Janine Webber, who survived the ghettos of Eastern Poland and the horrors of the Holocaust. Our GCSE History pupils listened brilliantly as Janine described her harrowing tale and how she rebuilt her life following the horrors of her childhood. Her tale of survival, resilience and tolerance is an inspiration to all.

The testimony was followed by an hour of reflection where the pupils, working in small groups, looked to produce a lasting memorial to victims of the Holocaust. Using the theme of The Power of Words pupils produced moving poems, detailed 'wordles' and inspiring speeches to round off an excellent morning of reflection. Mr Ferne, Miss Hickey, Mr Johnson and Mrs Lyon were incredibly impressed by the focus and maturity shown by the pupils throughout the session. 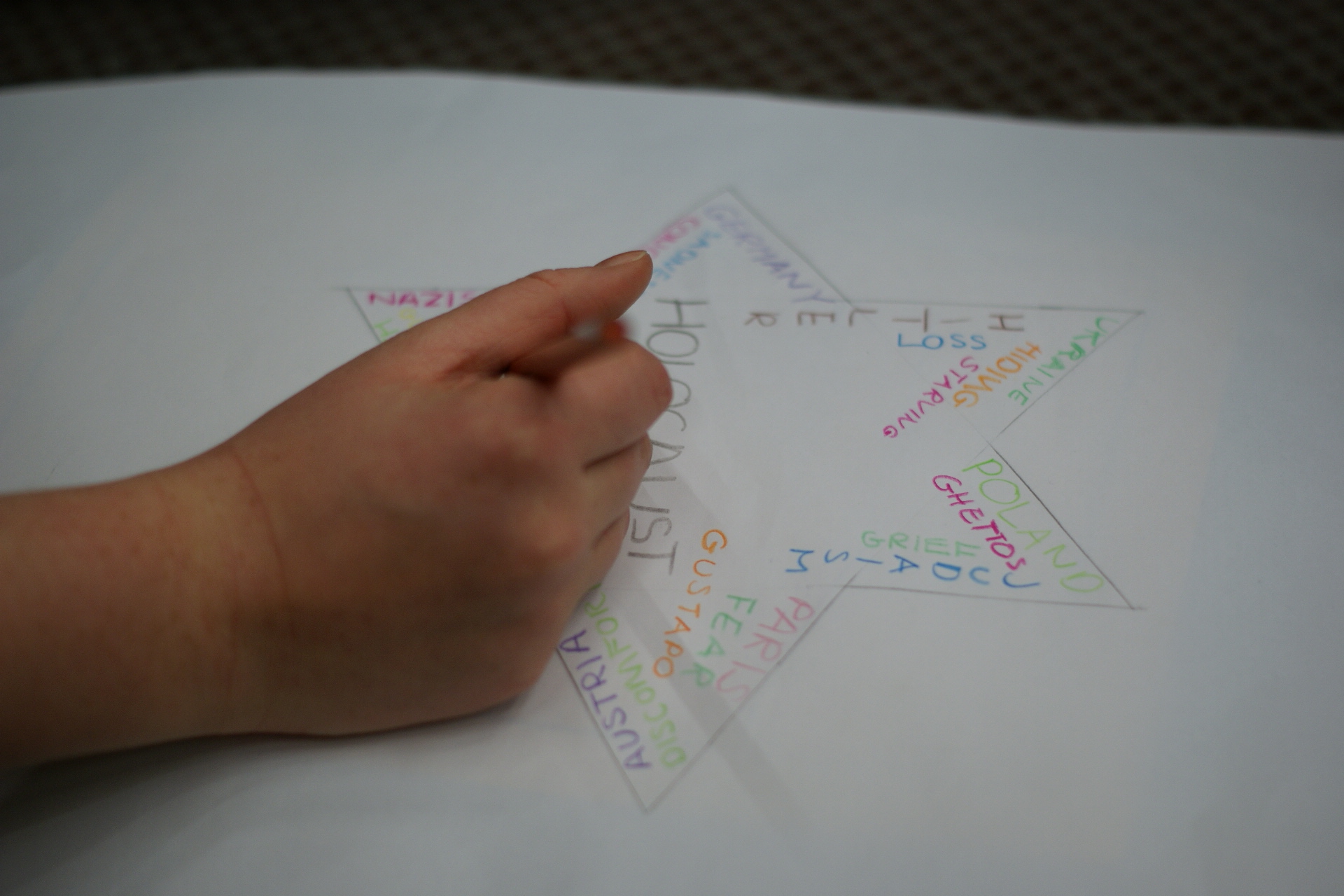 “It was eye-opening to hear someone’s experience of a traumatic event. The story she told was truly horrifying and incredibly moving.” Philippa 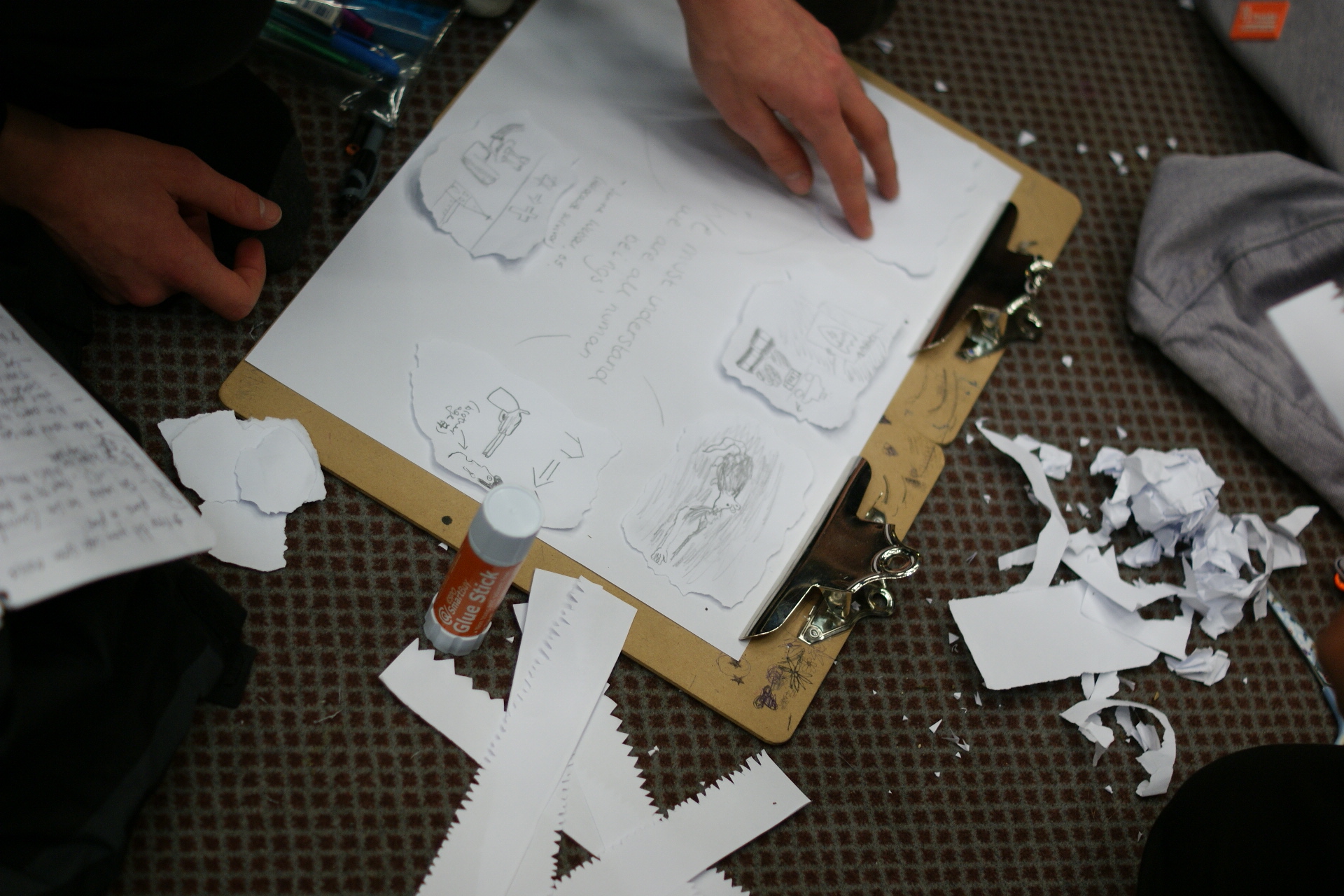 “An invaluable experience which enhances our knowledge and engages us as individuals, allowing us an insight into survivors’ experience. An amazing opportunity.” Oliver 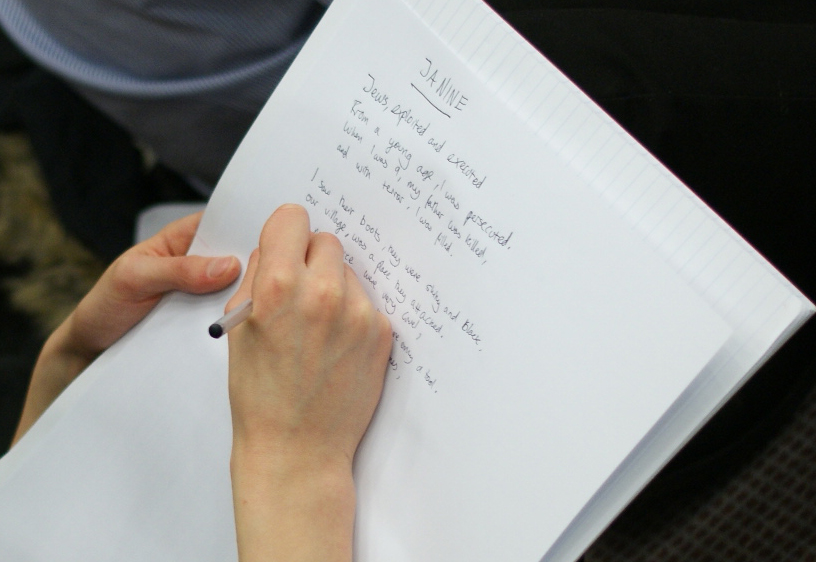 "I learned that even people who didn’t go to concentration and extermination camps still had a battle to face. It was amazing to hear  a survivor's testimony first hand.” Evie

Janine's story was really compelling. It is important to hear about the experiences of Polish Jews who experienced life in the Ghetto. I was impressed with the level of maturity from our Year 10 audience. Some of the creative work produced in the session afterwards was incredibly thoughtful and moving.

Holocaust Memorial Day is marked each year on 27 January, the anniversary of the liberation of Auschwitz-Birkenau. The theme for 2018 is The Power of Words. Words can make a difference – both for good and evil.  The words that we see and hear all around us today – in newspapers, online, in conversations – the words that we chose to use, all have an impact upon us and those around us.

GCSE History pupils study Germany 1890-1945: Democracy and Dictatorship and whilst Holocaust Memorial Day obviously has lessons for us all in not forgetting the millions who suffered in The Holocaust under Nazi Persecution (and in subsequent genocides in Cambodia, Rwanda, Bosnia and Darfur), for these pupils it has particular relevance to their GCSE studies. A group of our Year 10/11 GCSE History pupils will also be travelling to Berlin on a short educational trip (Thursday to Sunday) in February, to deepen their understanding of the rise and fall of the Nazi regime and the Cold War.

We should all educate ourselves to ensure that prejudice and racism do not become acceptable, no matter our religion or background.