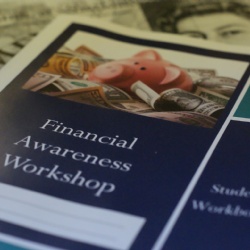 On Tuesday 23 January 2018, our Year 9 pupils were off timetable for four lessons, taking part in our annual Year 9 Financial Awareness Day. Pupils were in their mixed ability teaching groups and received sessions delivered by both teachers from our Maths and RP, Citizenship and PSHEe Faculties and staff from St James’s Place Wealth Management in Cirencester.

During the first session pupils were given the task of working out salaries, from ‘A’ list celebrities to cleaners, and it was fascinating to hear their estimates of what people earn. They then had to think about the value of certain roles in society and recognised the important service provided by, for example, refuse collectors. Pupils also considered the division of wealth in the UK which stimulated heated discussions. This image from the Office for National Statistics was the prompt: 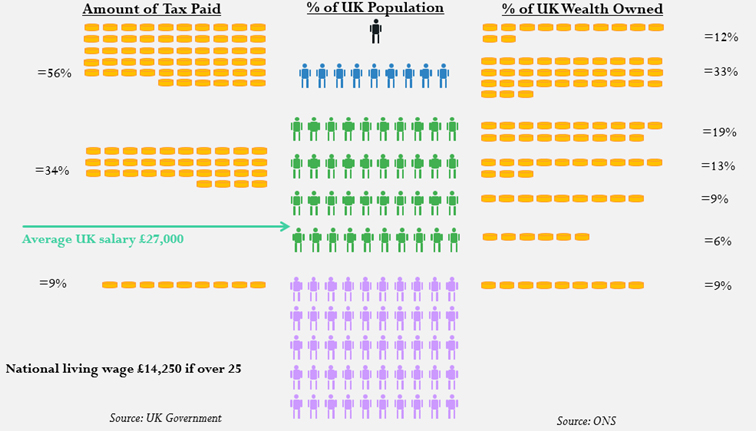 In Wants vs Needs pupils began to realise that you need to prioritise needs over wants.  A Need is something you have to have, whereas a Want is something you would like to have. It is always interesting to see what our young people will first classify as a Need, for example, mobile phone. In reality, to survive you only need enough food and water to maintain your health, a roof over your head (including utilities) and basic clothing. Everything else - branded items, fancy foods and drinks, fast car - is a Want. However, we all aim for more than mere survival, we aim to live and some items feel closer to Needs than Wants. We reinforced how important it is to meet all basic Needs first, and then some of the Wants might also be acquired, when they can be afforded. 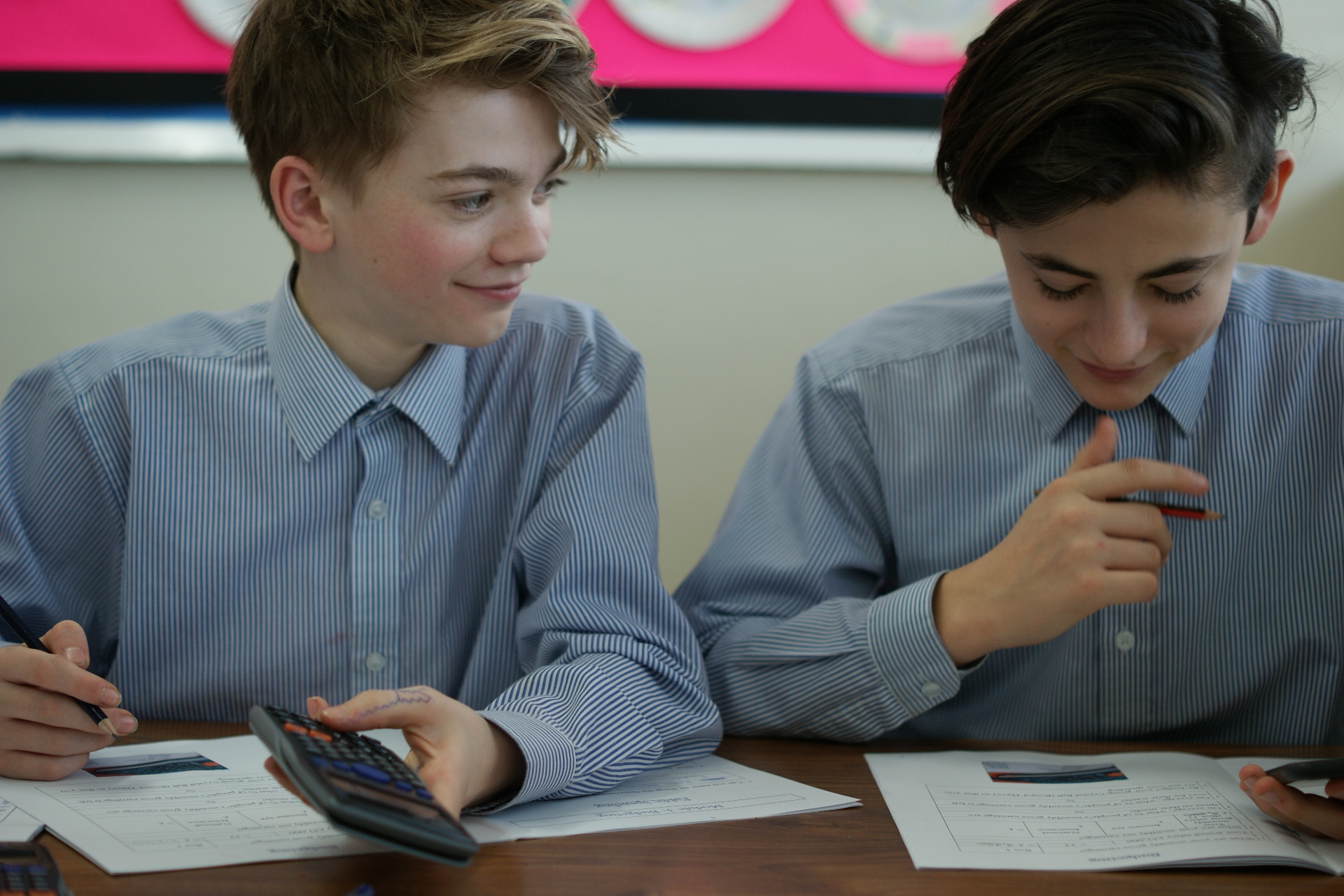 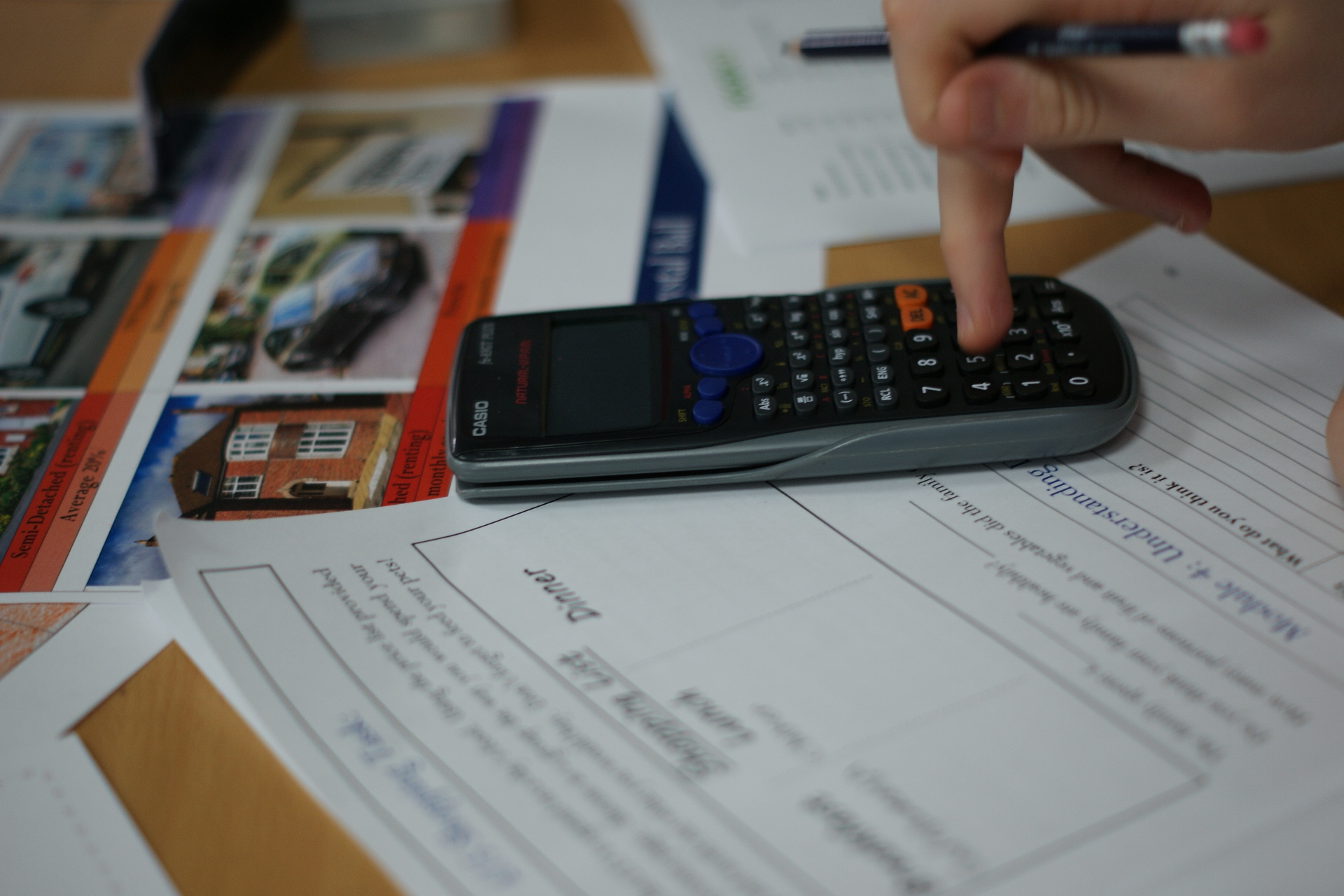 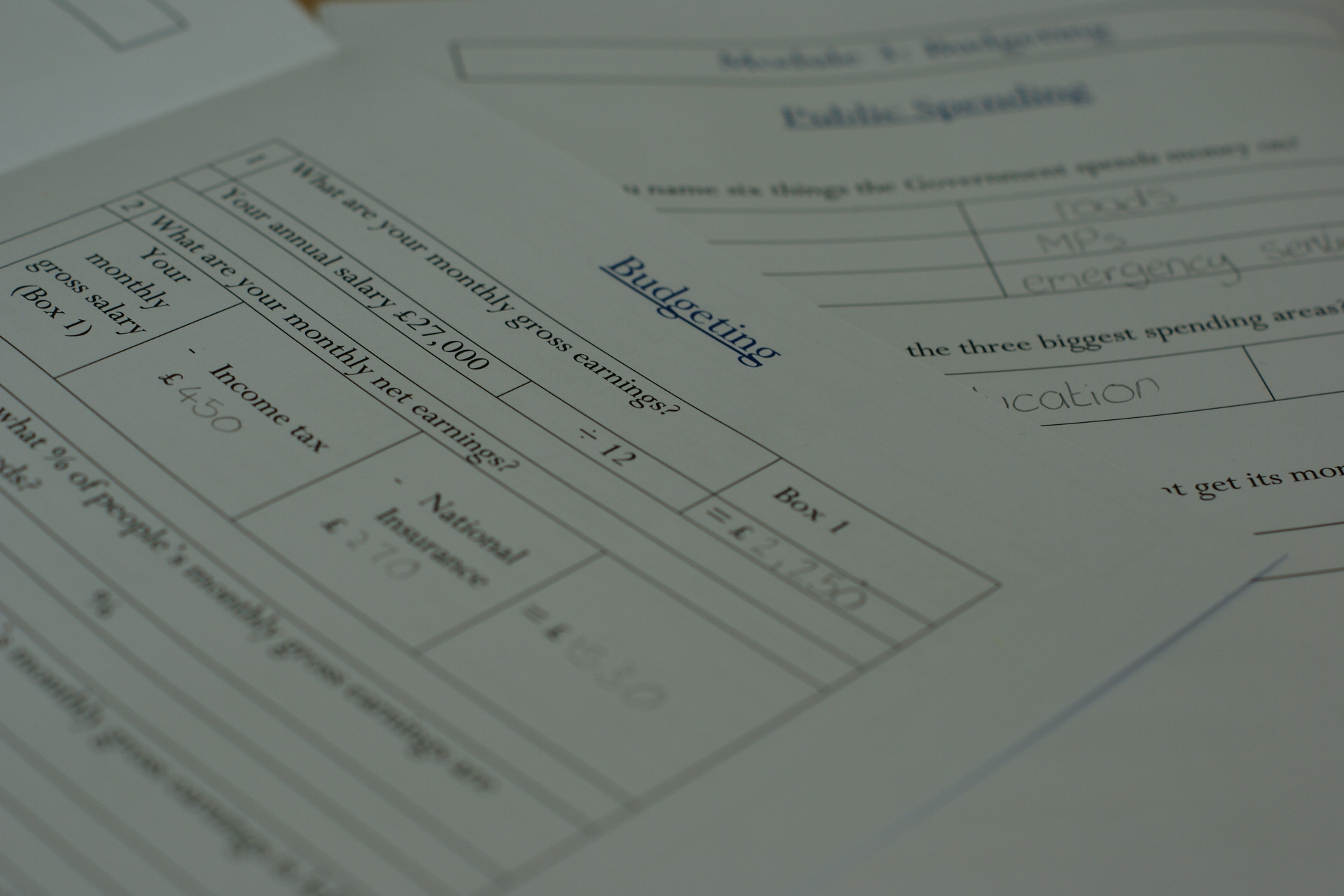 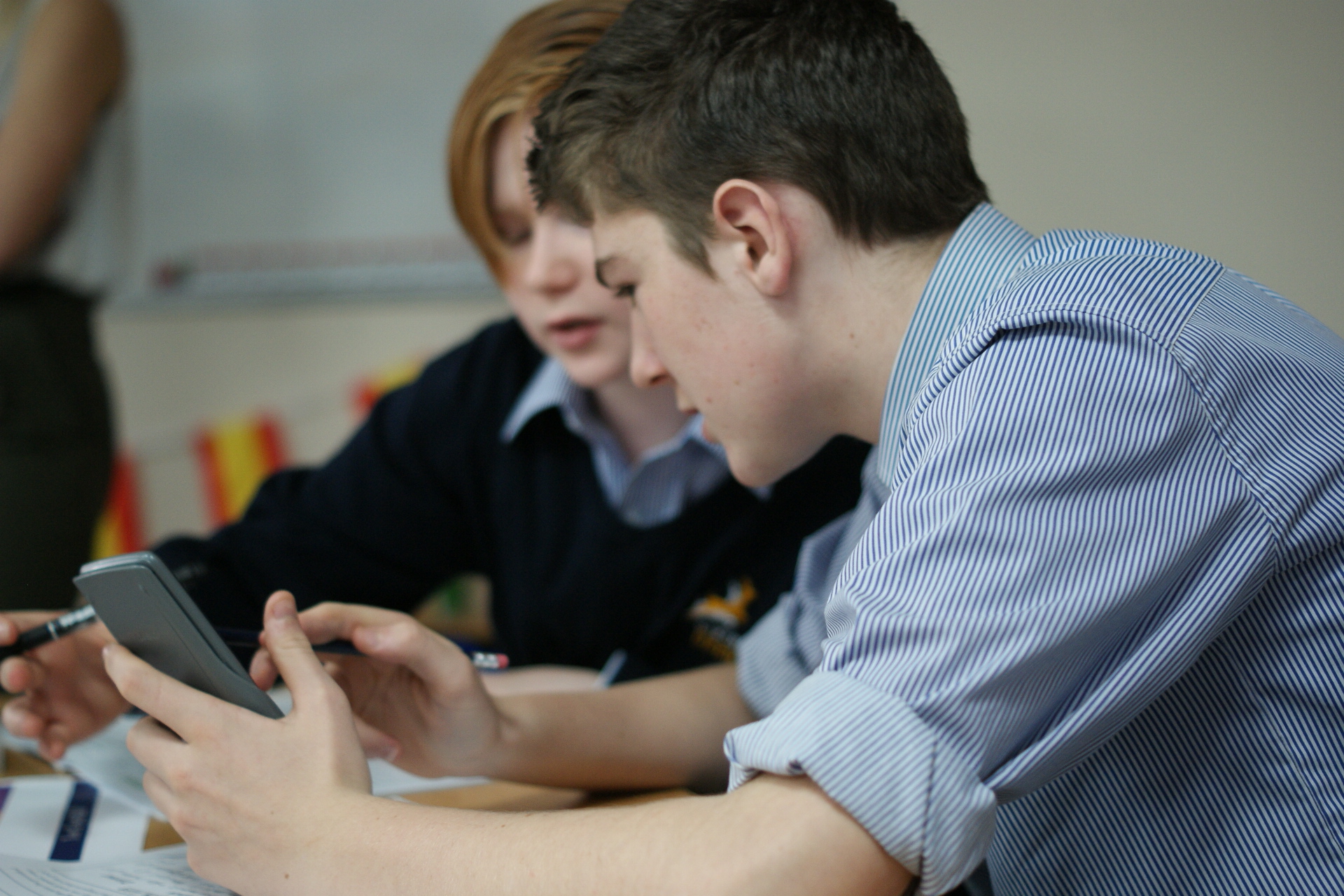 Building on what they had already learned, our Year 9s looked at Budgeting. In groups they were given a family scenario and introduced to the cost of living. Listening to pupils discussing what they could afford to buy to feed their 'family' and how they had to adjust their budgets was enlightening. Pupils also had to calculate the difference between gross and net pay. They were fascinated to learn about Income Tax and National Insurance and were shown a graph  clarifying how taxation is spent.

Finally our pupils examined the subject of debt. They were shocked at the difference in the amount of interest charged by various lenders. The pupils engaged in a game whereby they had to guess the type of borrowing without being given key words, similar to the game Taboo. They were also made aware of organisations that could help them should they ever find themselves in financial difficulties, for example The Money Advice Service and Citizens Advice. 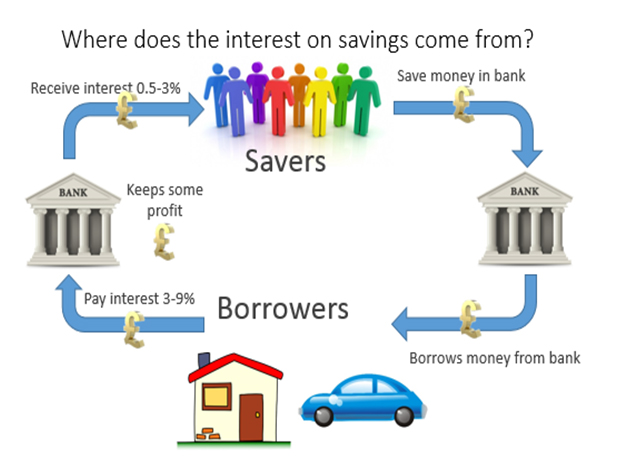 In the UK 35% of households have no savings with a further 11% having less than £1,500*. Both Deer Park School and St. James’s Place Wealth Management recognise the importance and value of financial awareness amongst younger generations. Having the opportunity to bring 15 volunteers from St. James’s Place to work alongside the Year 9 Students at Deer Park School was a thoroughly enjoyable day. Our workshop aimed to provide students with the skills and understanding to make more informed choices later in life. Practically undertaking a budgeting exercise looking at needs versus wants, helped to connect topics such as tax, interest, debt and saving to the students own lives. In fact, many students in their feedback forms highlighted having savings as a key learning point from the workshop, we hope this learning will stay with them in the years to come.

Comparing the questionnaires that pupils completed at both the start and end of the day, it was clear that by the end our pupils had a much clearer understanding of the world of personal finance. They were much more financially aware. Year 9 were a credit to the school and, as a result, were awarded Vivos!

"I enjoyed the day. It helped us learn about money and finance for the future." Frazer F

“We learnt loads of new information which will help us in our future.” Jessica O

“The people from St James’ Place were really nice and helpful.” Chloe W

“It was really helpful for planning my future finances.” Damien B

If you come up with a plan, and act on it, even if it takes a really long time, just working toward a goal is empowering. It makes you feel capable, instead of deprived; it makes it easier to tune out all those things you do not need, and it puts you in charge of where you will go next.

In a similar vein, Year 9 pupils have recently been introduced to the options available to study in Key Stage 4 and will be researching and making decisions over the next few weeks.  Making informed choices and working towards the longer term is one of the skills we hope to teach pupils at Deer Park.