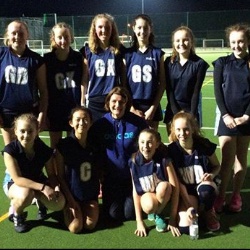 On Tuesday 5 December 2017 our Year 8 Netball team took part in the League Final at Deer Park. Our team had finished 2nd in the league, winning matches against Kingshill, Rednock and SWR and being narrowly beaten by Archway 10-9 on a very cold and wet evening.

The final was against Archway and the Deer Park girls started strongly. Excellent defending by Alice B, Charlotte B and Eliza P and great attacking skills and shooting from Lily R, Olivia O, Ailsa R and Ruth A meant that at half time Deer Park had a 9-4 lead. Archway fought back in the third and fourth quarters, despite great interceptions. Cece D-H defended well in the 3rd and Lola P and Sophie G supported the team really well and were ready to come on if needed. The last quarter was nail-biting with the score going to 11-11, but the Deer Park girls responded well to the pressure and scored 4 quick goals to win 15-11. 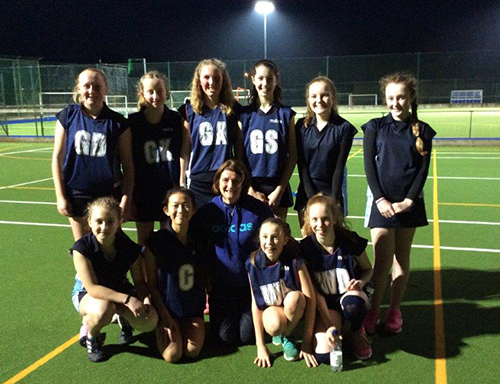 Congratulations to the squad.
Players of the match were awarded to Charlotte, Ailsa and Eliza!