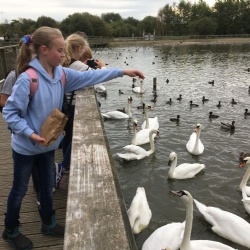 Year 7s rising to the challenge at Slimbridge.

After school on Friday 6 October, we took a group of 32 Year 7s on a residential retreat for the weekend. Two self-catered days of fun, activities and challenges near Slimbridge were organised to broaden pupils' horizons and really stretch them to the best of their abilities.

“This was a fantastic opportunity for some of our more able pupils to practise the higher order thinking skills that are so vital for achieving the new top grades in the new style 9-1 GCSEs. It was a delight to observe the impressive way our new Year 7s rose to the  challenges set by the teaching staff and how they have developed their thinking to be able to think outside the box.” James Johnson, Assistant Head

Upon arrival, pupils were allocated to a duty roster, which ensured all were given roles within the household, and shown to their rooms. Almost immediately, the competitive spirit was embraced as several impromptu races and gymnastic competitions broke out in the garden. For the first evening, a series of team building tasks were set, in which pupils had to communicate without speaking and complete their tasks as a group. 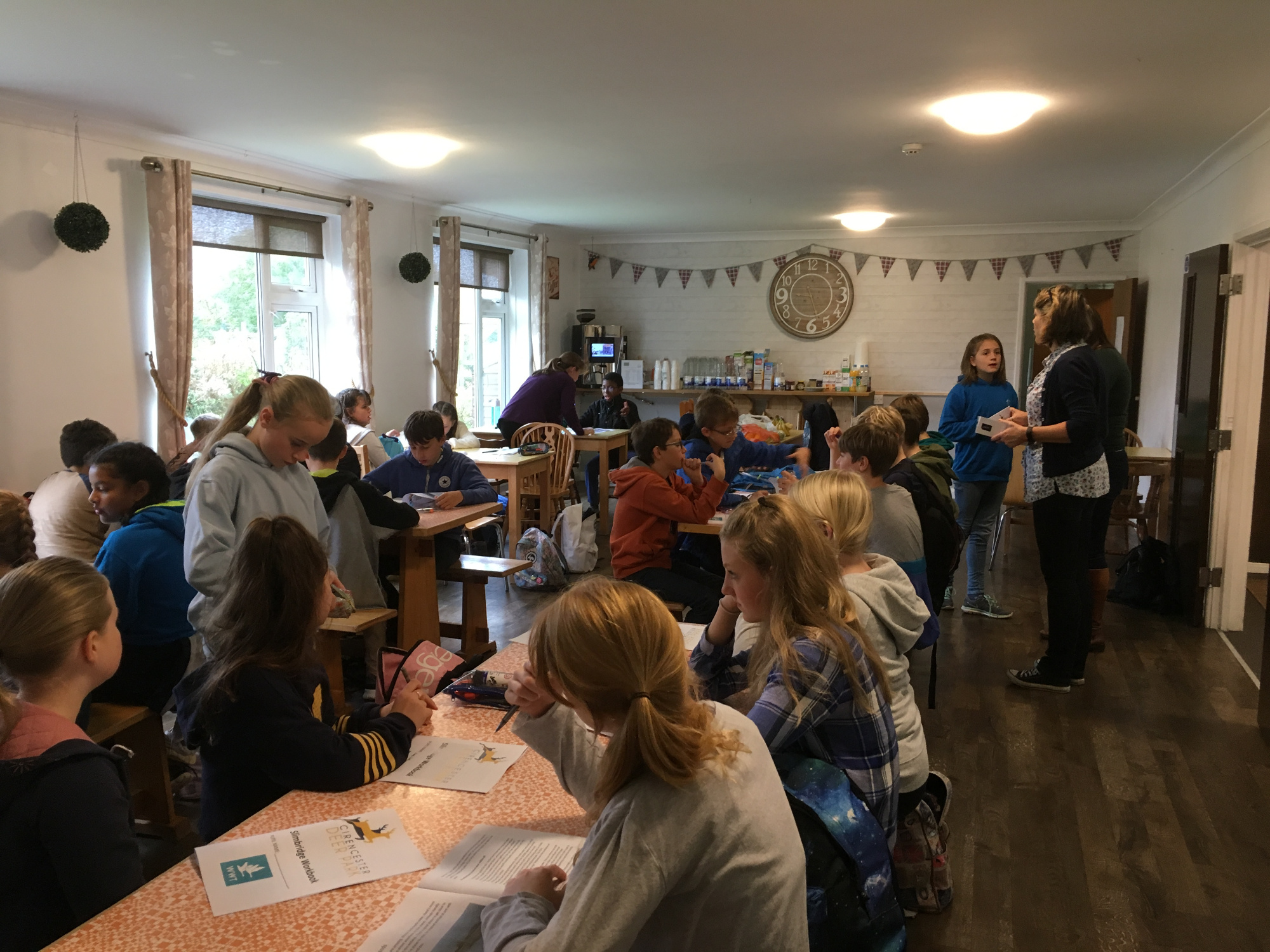 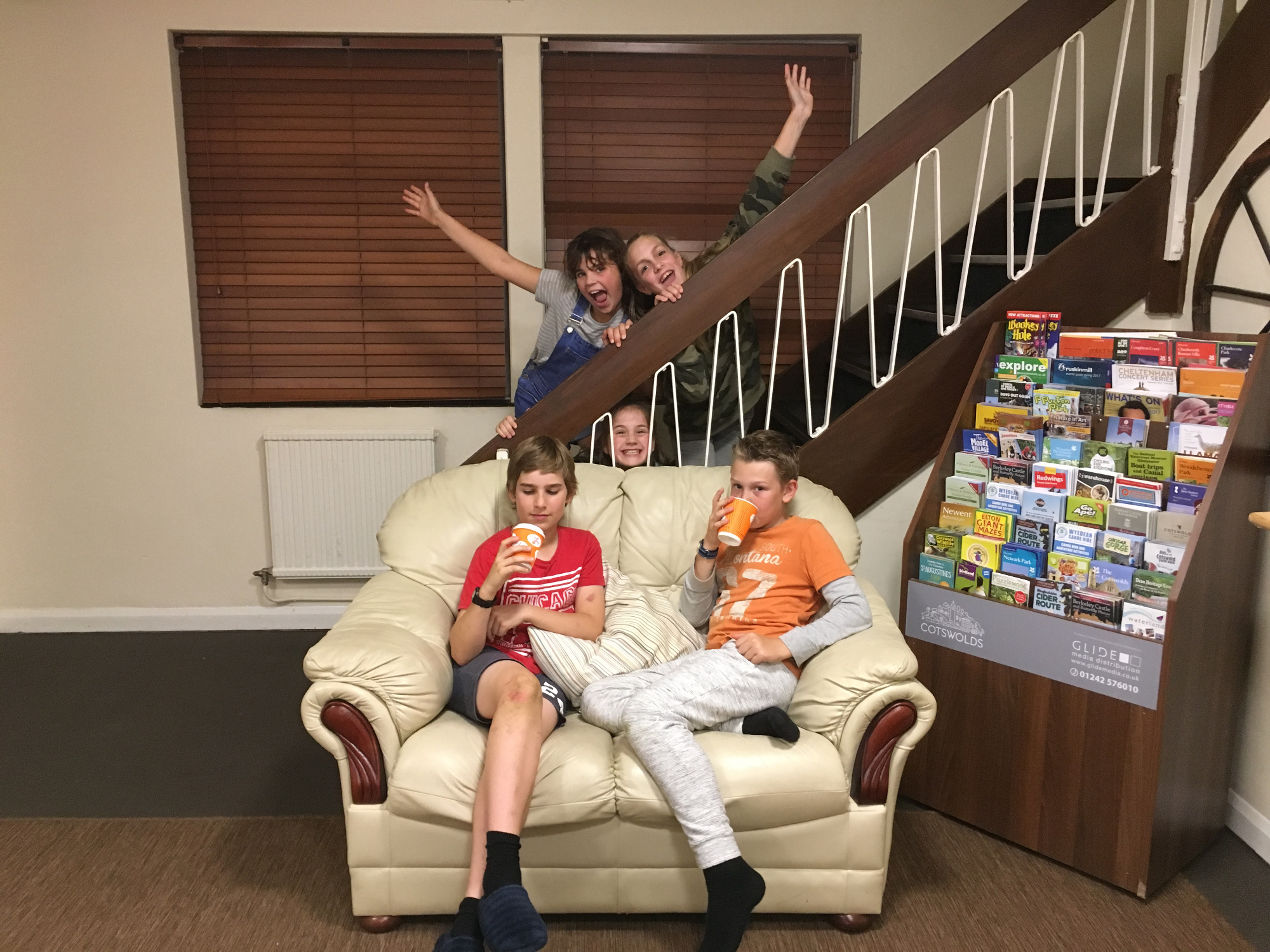 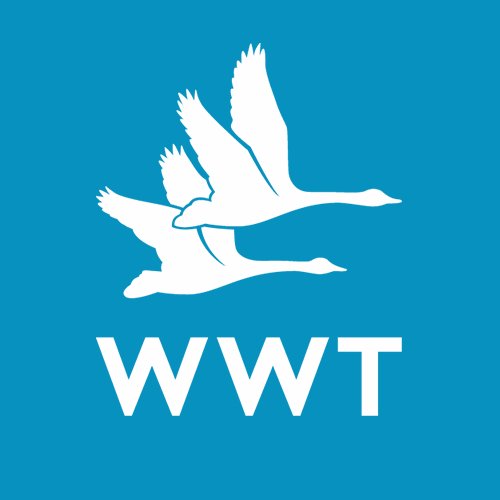 Once pupils had eaten a hearty breakfast on Saturday morning and prepared their own lunch, we took a brisk walk down to the WWT Slimbridge Wetland Centre - the Wildfowl & Wetlands Trust (WWT) is a conservation charity that saves wetlands. Pupils and teachers alike were immediately captivated by the birds and literally had them eating out of the palm of their hands. While some of the pupils made it look easy to tame these wonderful creatures, English Teacher Mr Morgan's attempt didn't go quite so well as a swan tried to eat his entire hand! 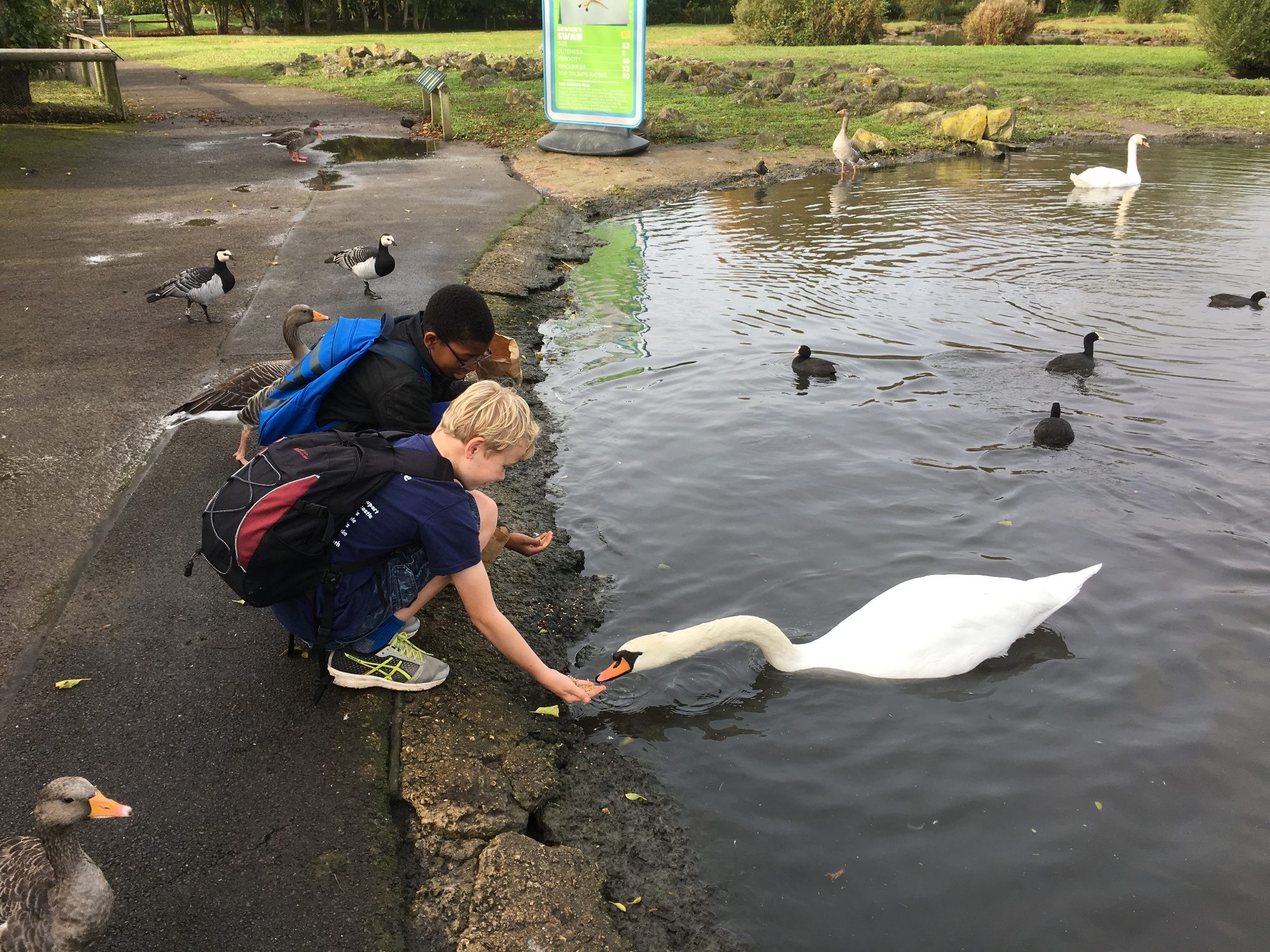 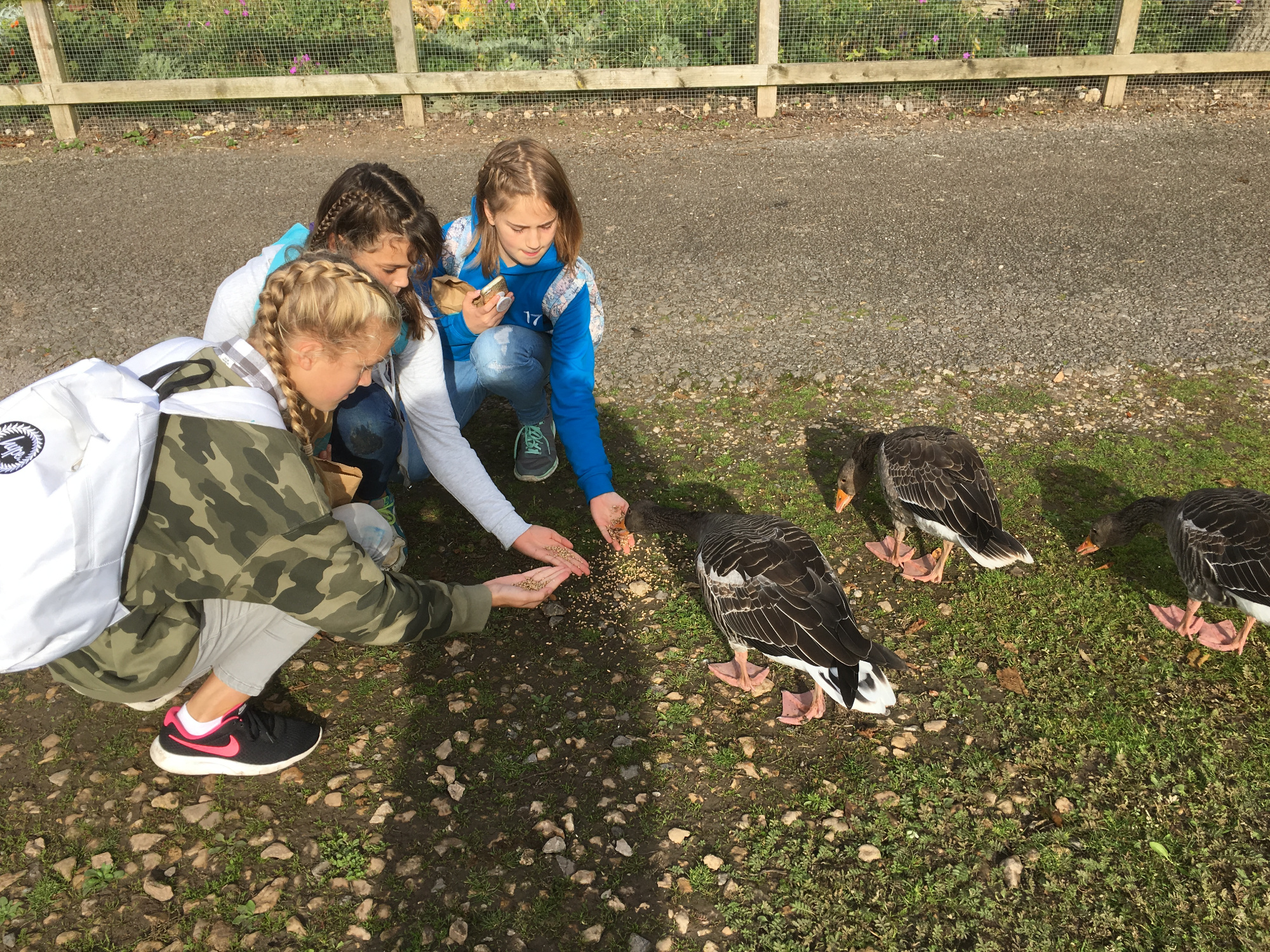 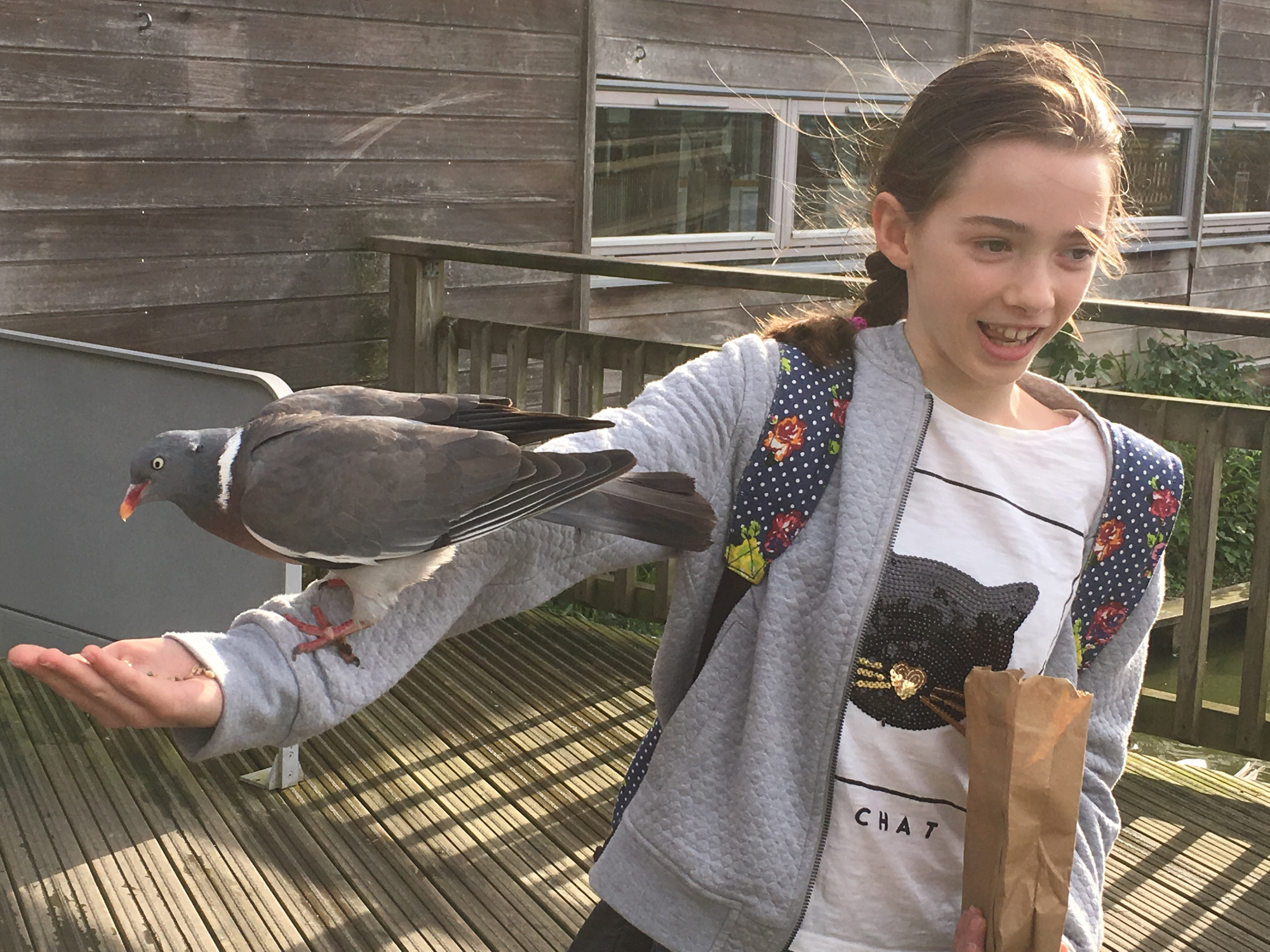 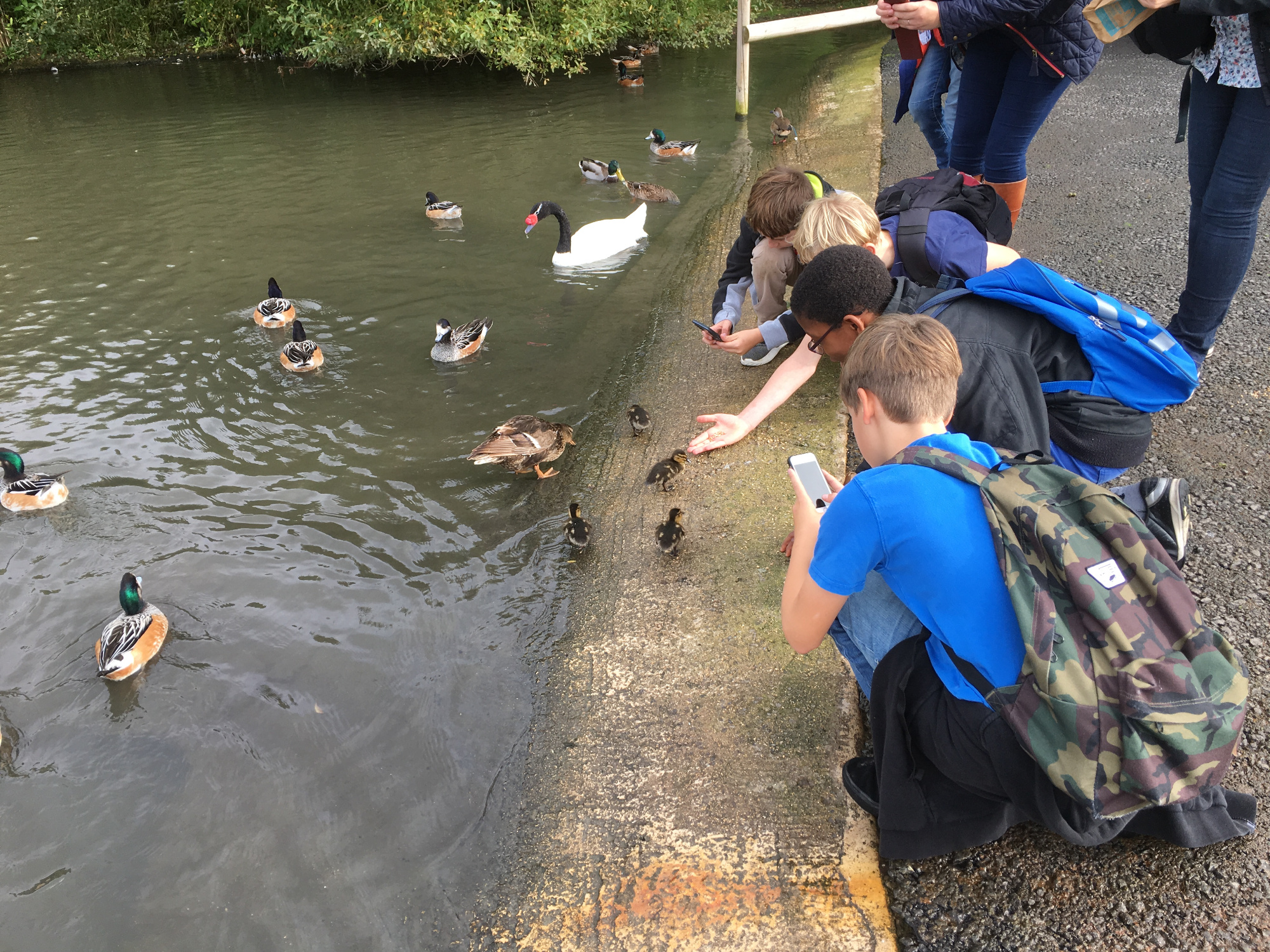 We had a talk from staff at the Centre and tasks were given out, as pupils learnt how to monitor and care for the environment around them. Each pupil had to fill in a booklet that would help them later with certain activities. It was wonderful to see so many children overcoming their shyness to approach other visitors to the attendees of the park to interview them. In this same vein, a special mention to Freya who arrived at the park absolutely terrified of birds and yet was pictured just before we left having found the courage to feed some herself! 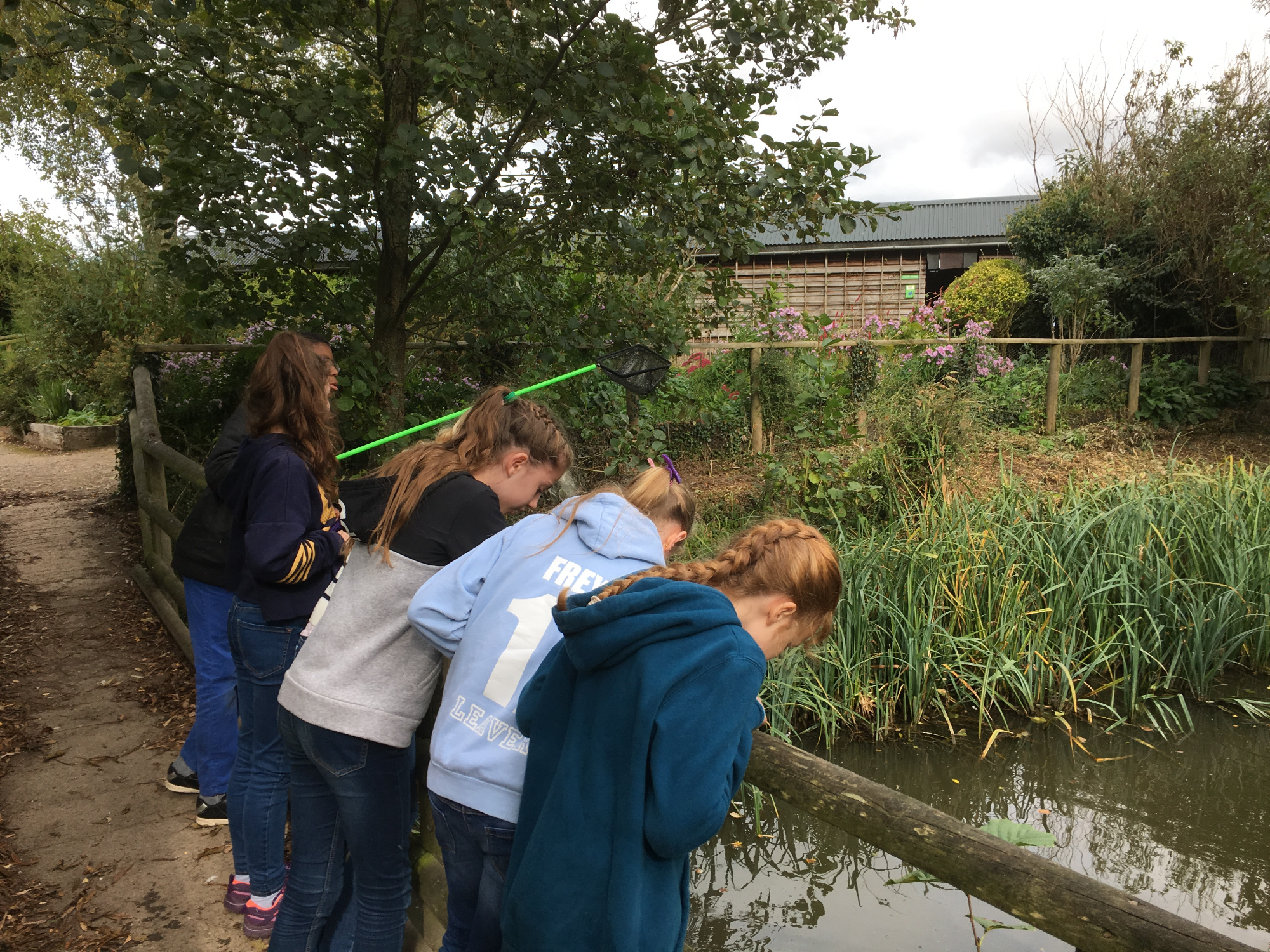 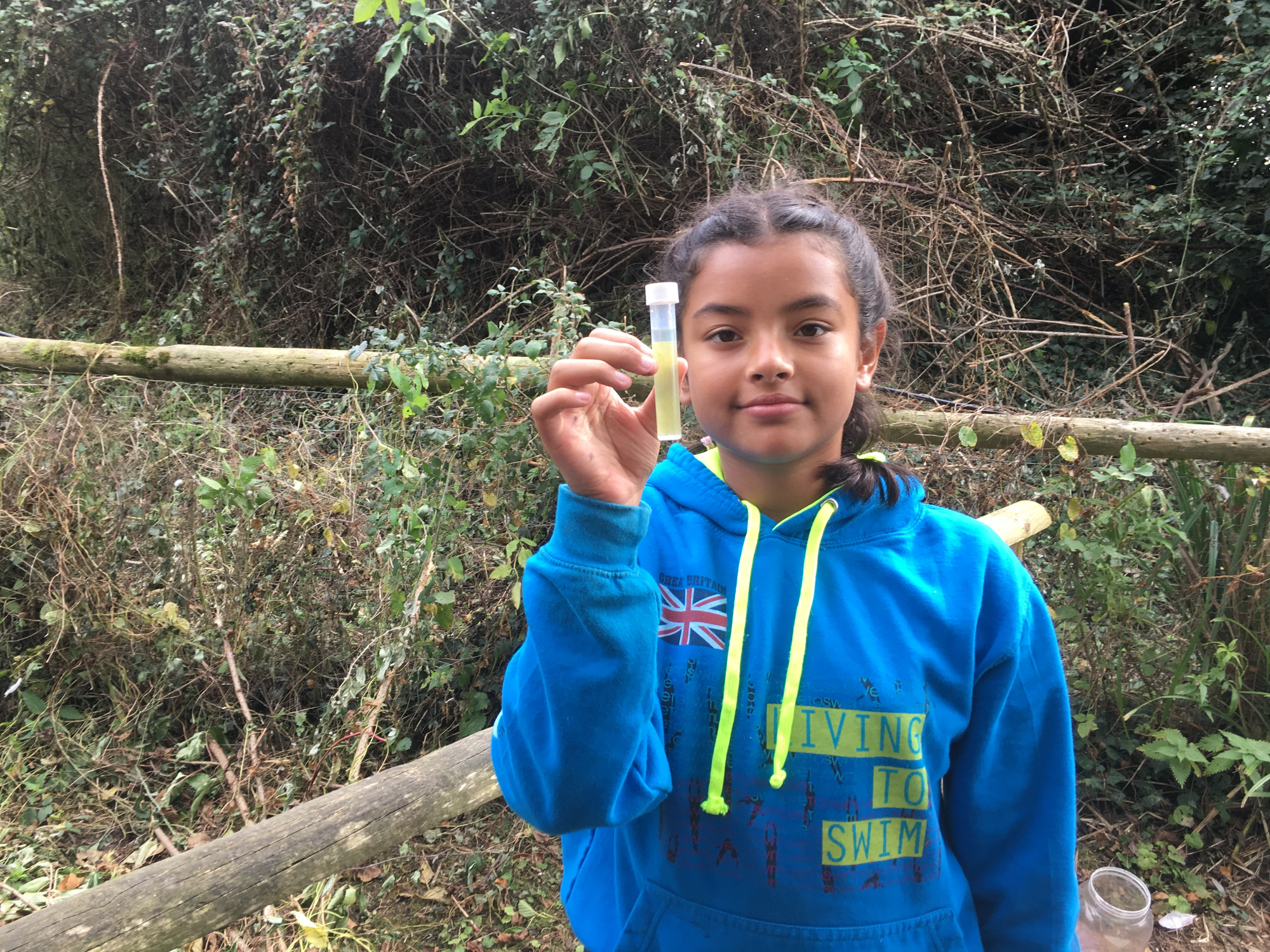 There was no rest as we arrived back at the house and pupils immediately had to complete their Maths-based challenges. The tasks involved working outside and using the span of leaves in order to work out the age of trees. Mrs Pennington, Head of Maths, showcased her gymnastic prowess with a perfectly executed cartwheel which, sadly, was too quick to capture on film.

Next up were the persuasive writing competitions. Using the testimonies gathered earlier, pupils worked in groups to craft speeches that would persuade us to visit Slimbridge Wetlands Centre (as if persuasion were needed). There were some wonderful pieces created and along with prizes given out on the evening, the top three will be showcased in an upcoming book that will be published by the newly founded Creative Writing Club at school. 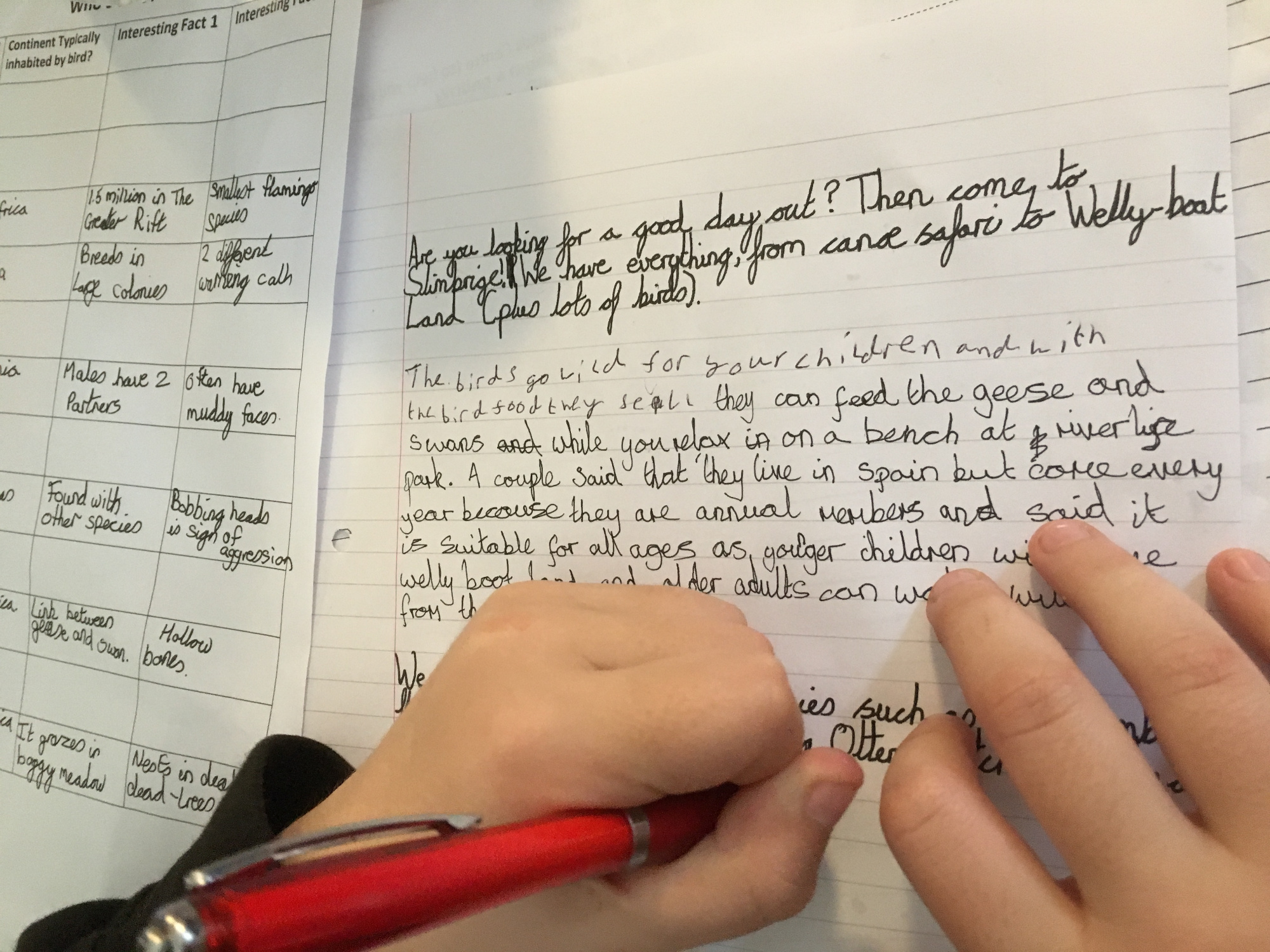 On Sunday, our final day, we visited Rosie's Wood, where Mrs Davies, Head of English, had hidden several bags. Each group of pupils was given a corresponding colour and inside each bag was a series of seemingly random objects. Pupils had to piece together the story of who the person was that left the objects there and what had happened to them. What followed was a series of remarkably creative presentations (and a couple of dramatic re-enactments) that showcased just how creative our current Year 7s truly are. Overall, it was a truly wonderful activity that all of the pupils certainly enjoyed and the perfect way to complete our weekend. 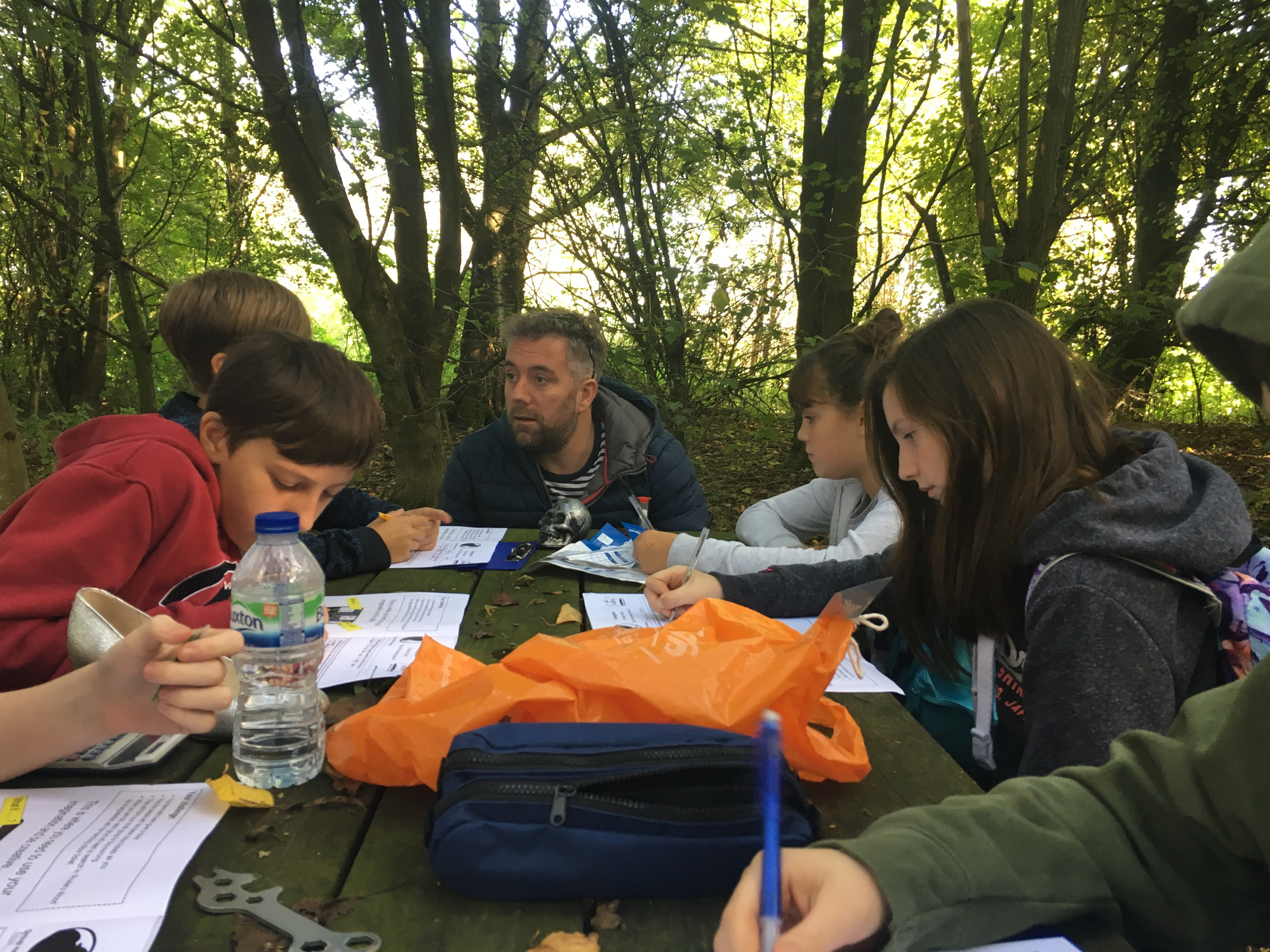 Whilst Monday morning saw many a tired eye from our attendees, every one of them I saw and spoke to assured me they had an amazing time and learnt a lot in the process. I can assure our readers that the staff feel the same way and are already looking forward to next year.