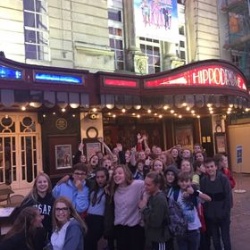 45 pupils from the cast of our whole school show Legally Blonde Jr went to The Hippodrome in Bristol on Thursday 5 October 2017 to see a professional version of the musical Legally Blonde. Our cast are two months into rehearsals for the show, which will be on stage in February 2018, and this was a perfect opportunity to really inspire the pupils who are in Years 7-11. On the way to Bristol, pupils were singing the show's songs and it was clear to see they were very excited to experience the touring production.

Carys in Year 7, who is one of the Delta Sorority sisters in the show, said ‘I really really liked the show, I understand the setup of it now. It’s just made me want to perform at school even more now.’ 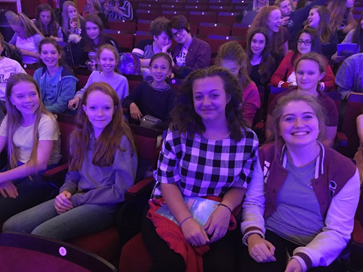 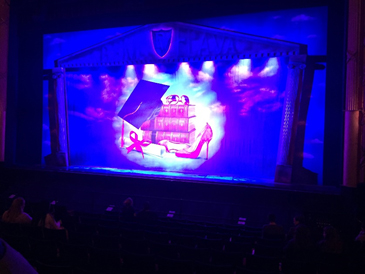 Ashleigh in Year 11 plays fitness queen Brooke Wyndham in the show and said ‘I was really amazed by Brooke’s routine, it was so polished and there were so many tricks. Overall the musical was really energetic and fun. I just wanted to join in!’

It was helpful for our pupils to see each scene go from script to stage and the creative ideas that each performer has come up with, putting their own stamp on the character they have played.

Max (Year 9) plays confident, self assured Warner Huntington III in the show and said ‘I really enjoyed the trip, it really helped me understand my character better. He was quite arrogant, so I will have to think about that when I am performing.’