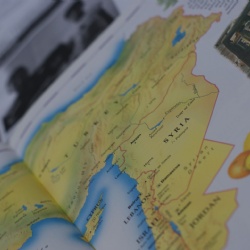 On Thursday 28 September, Cirencester Deer Park School held a mini Model United Nations Conference on Syria involving pupils in Year 9 and Year 10 from Deer Park, Sir William Romney's and Kingshill Schools. The pupils worked together with Trainee Geography Teachers from the Gloucestershire Initial Teacher Education Partnership, GITEP. The aim of the conference was to ensure peace in the Middle East, as well as solve to the refugee crisis born out of six years of destructive conflict - not too much to ask!

Following a briefing from our Humanities teachers Miss Crouch and Mr Ferne, pupils began to research the conflict in Syria, and the resulting refugee crisis, seeking solutions to two of the greatest Humanitarian crises of the 21st Century. The pupils worked in mixed teams representing different countries - Germany, Jordan, Turkey, UK, Russia and Greece - and they researched their country's involvement in the conflict and their response to the refugee crisis. Our pupils needed to embrace all of the key skills they have been developing in Humanities at Deer Park. 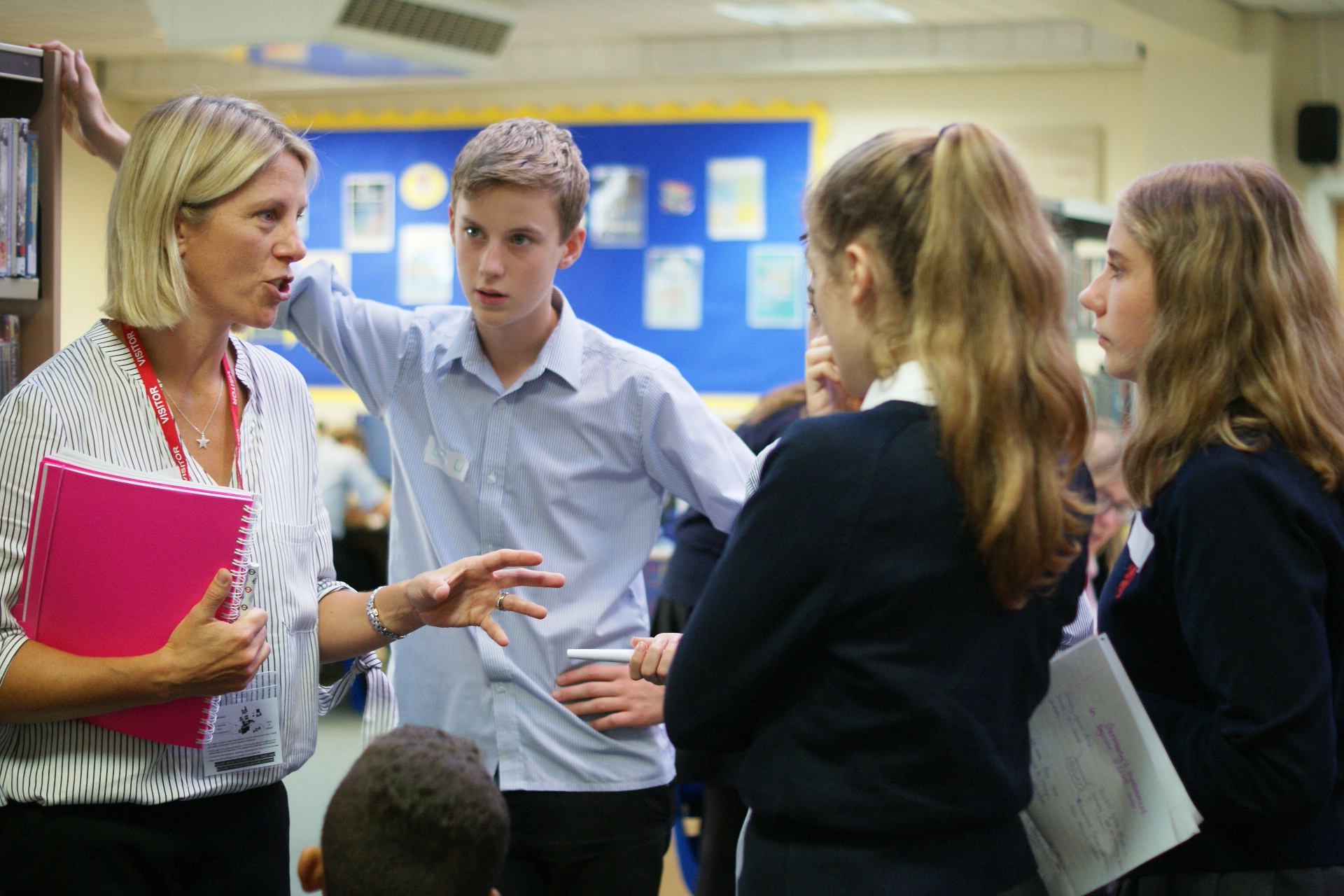 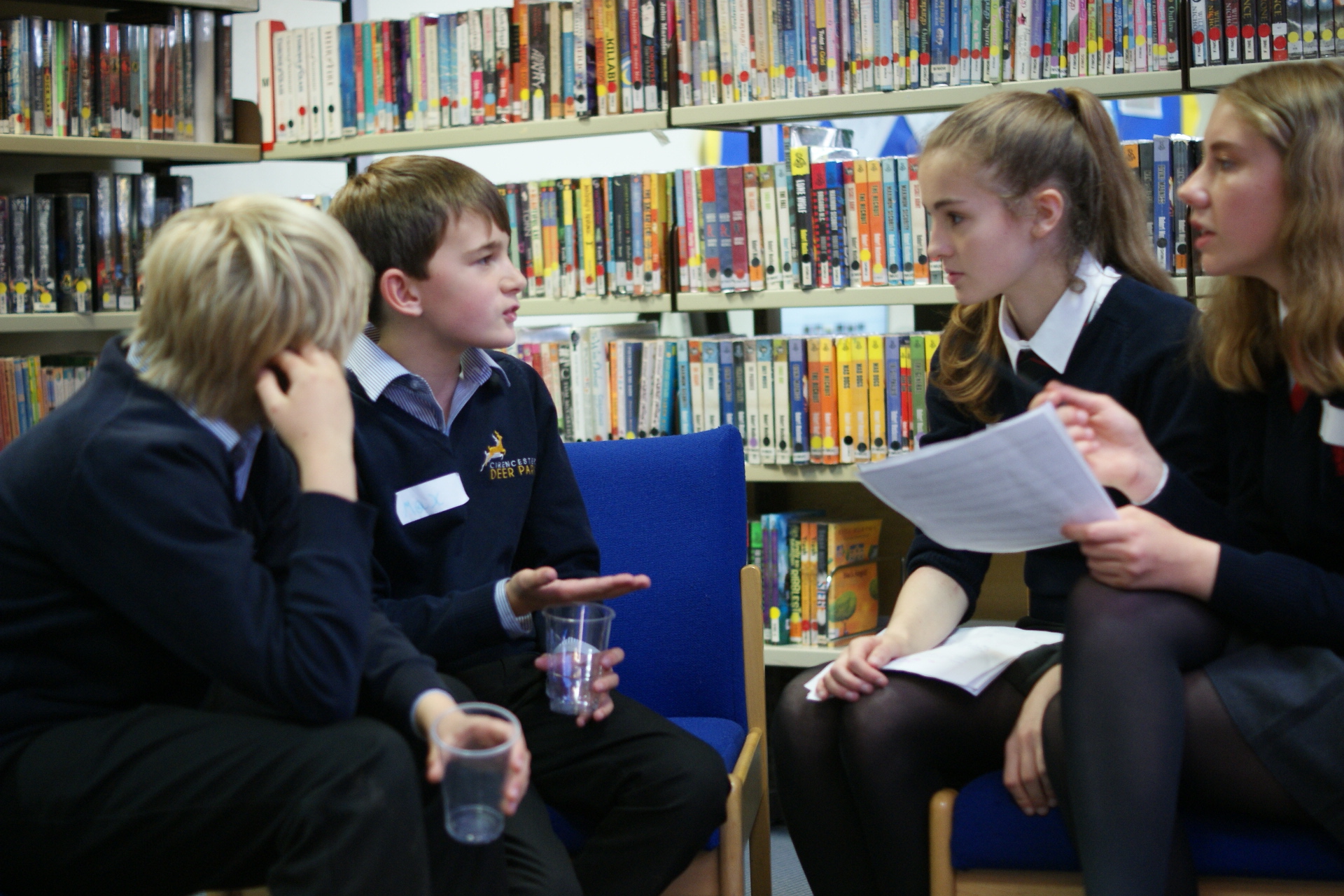 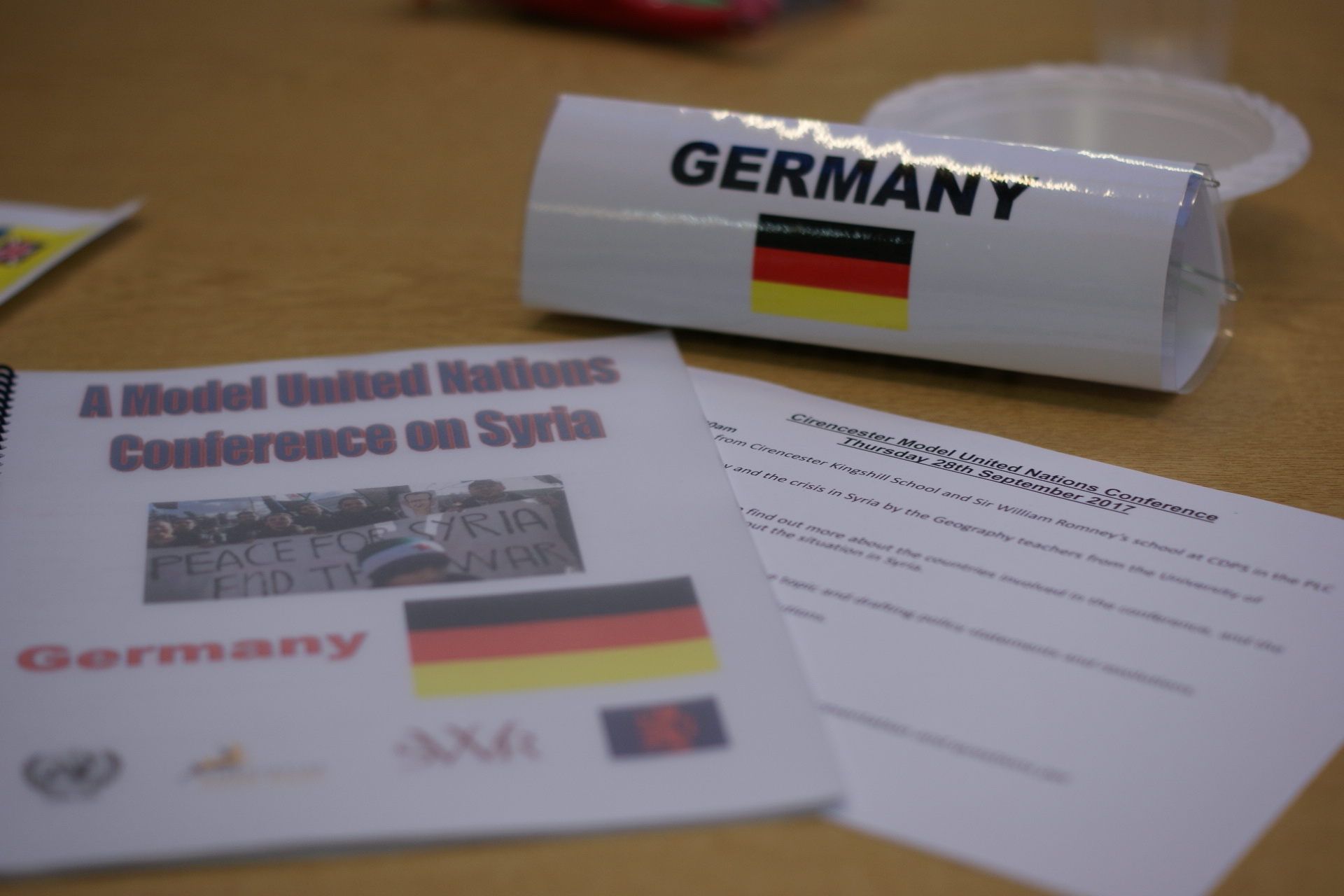 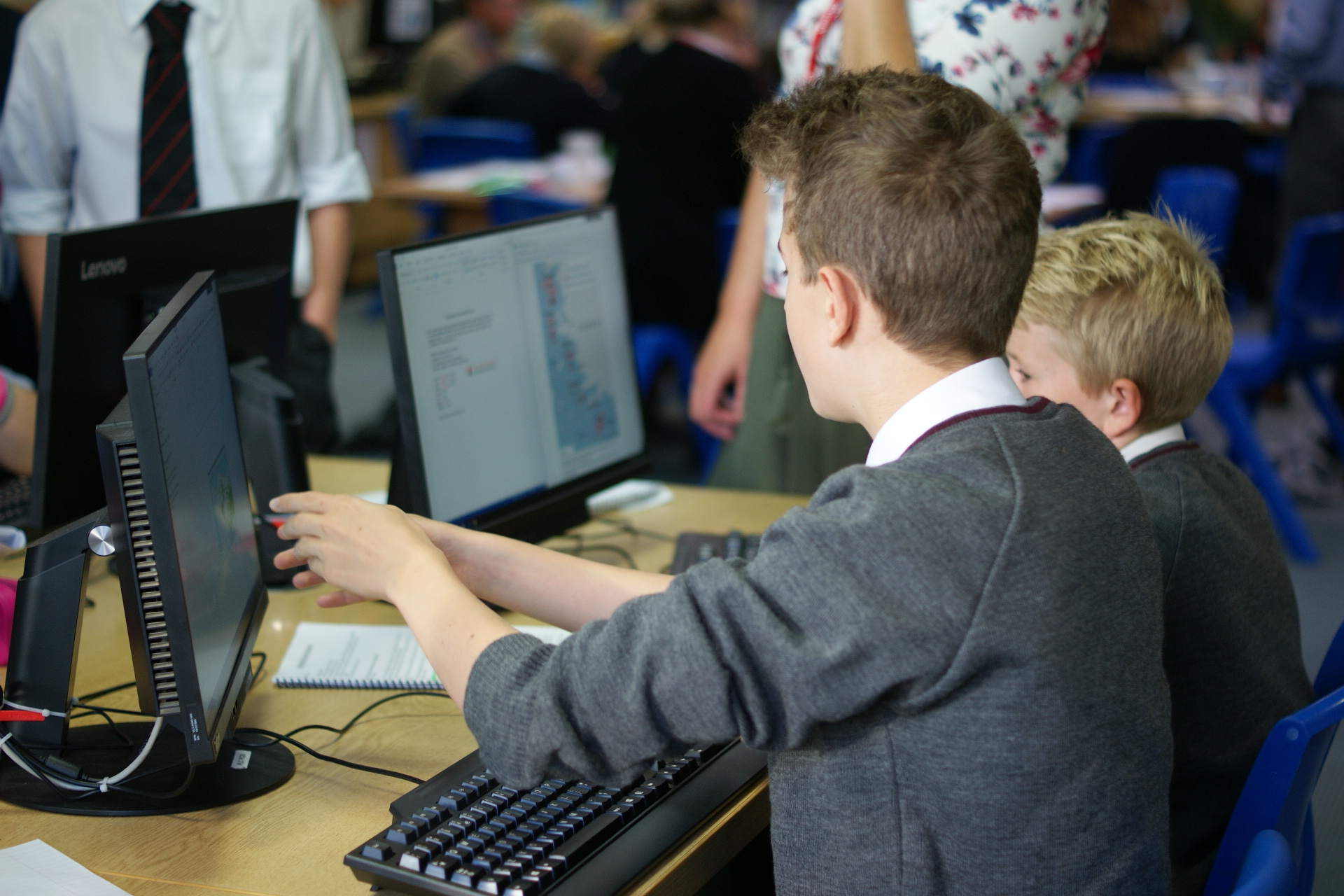 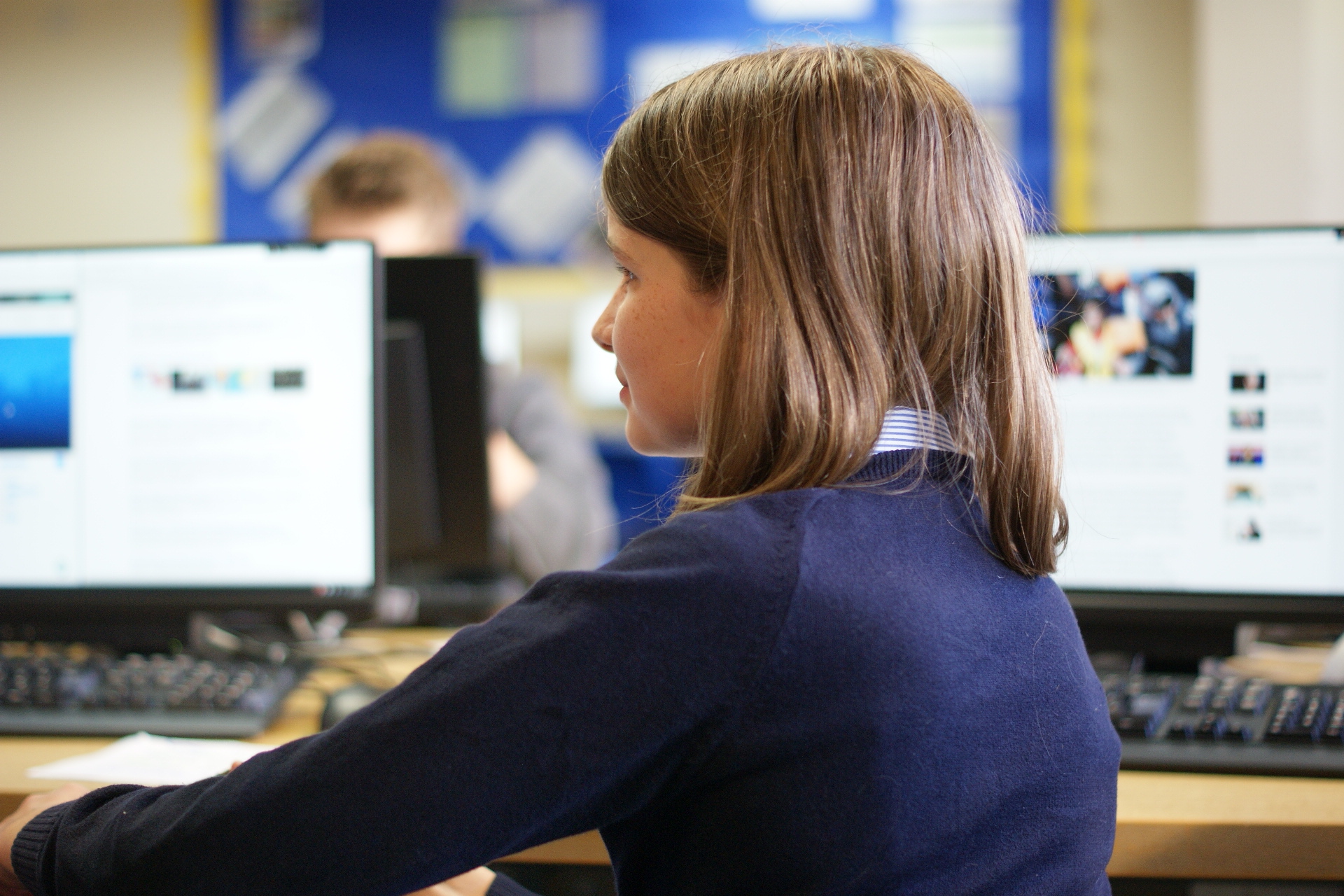 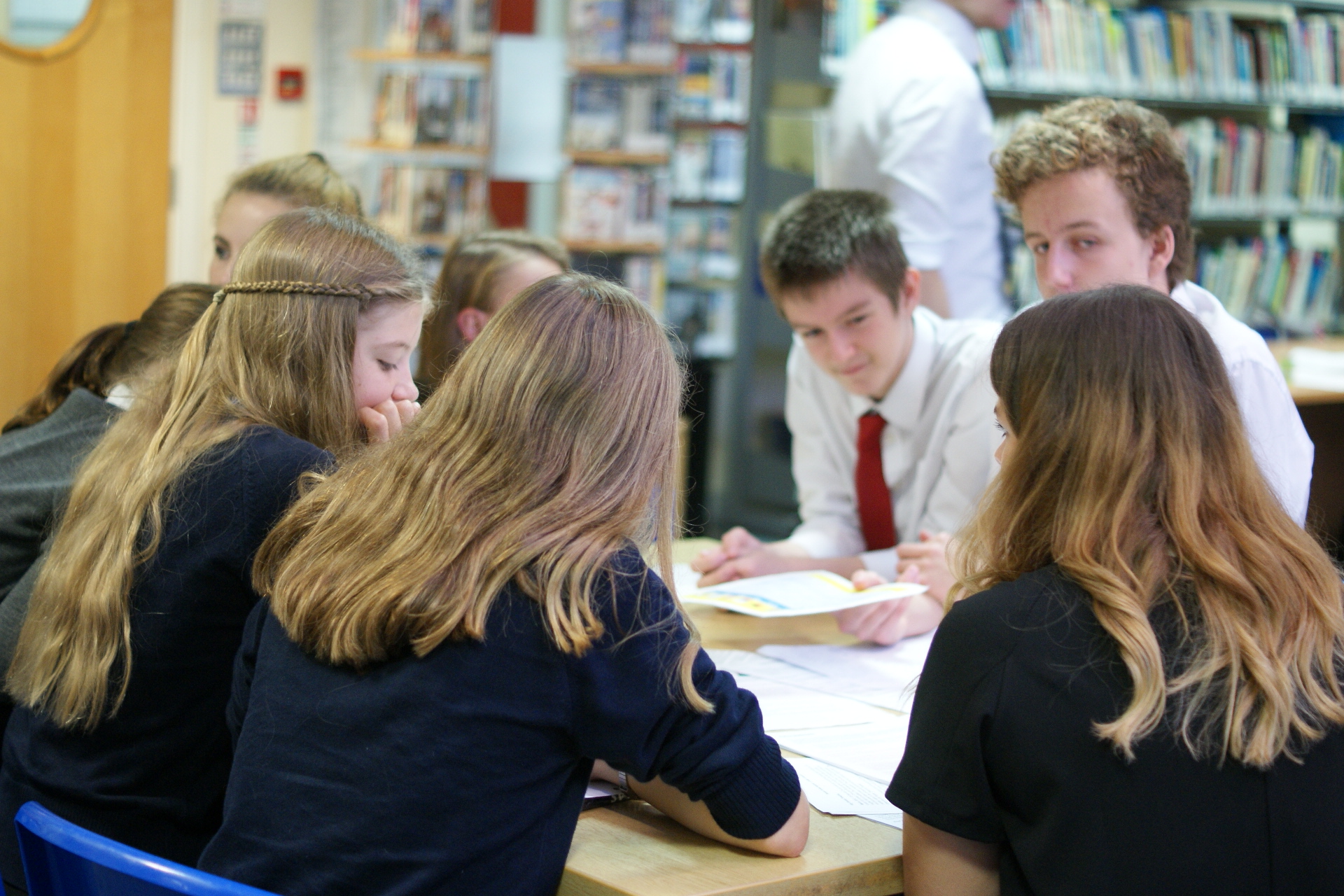 Pupils wrote resolutions ready for the conference later in the day. The resolution writing involved great teamwork and compromise as the pupils represented the view of their nations. After the signing of many a deal, treaty and agreement (and a spot of lunch), the pupils were ready to walk to the Cotswold District Council Chambers and present their findings.

Upon arrival in the Council chambers, the pupils and GITEP trainees made their final preparations and, after a quick run through of the rules surrounding international diplomacy, the pupils were away. Chaired by GITEP trainees, the debate was fast and furious with pupils really getting stuck in to both the issue, and other countries’ resolutions! Staff were incredibly impressed by the pupils' enthusiasm and maturity when discussing these issues and representing a variety of countries. The quality of the debate was exceptional but, unfortunately, our Model United Nations failed to come to an agreement on a resolution.

Throughout the day, pupils engaged in a whole range of issues, including international diplomacy, international relations, migration and repatriation. Staff were blown away by the performance of all pupils and look forward to solving another global issue next year.

"My favourite part of the United Nations day was the in-depth research we were able to do, meeting and working with pupils from other schools and being part of something which is a real issue in the world." Tanwen, Year 9

"The pupils were an asset to their schools and their performance in the debate was remarkable. Despite not being able to come to an agreed resolution, I think the pupils would be at home in United Nations. Enthusiastic, talented and brilliant. What a day!" Mr Ferne, History Teacher

"It was a privilege to be involved in the Model United Nations conference. The students were so enthusiastic and engaged in the whole day. I was very impressed with how they tackled the challenges of research and debate in such a short amount of time. They should be proud of their efforts." Miss Wrigley, GITEP Geography Trainee

"I really enjoyed today as I learnt so much in a fun way, with my friends. But I also got the chance to make new friends along the way. I started the day knowing NOTHING about Syria, but ended learning 6 possible views from 6 different countries." Mia, Year 9

"Of particular note to me was the way in which Model UNers were able to integrate within their mixed school groups quickly and get down to the business of building their country's policy statements and resolutions from the evidence gathered during the research period. For me as a trainee teacher, this was a fascinating and enjoyable experience that demonstrated just how well young students can immerse themselves in a topical subject and produce a collaborative, well-constructed and credible piece of work!" Mr Howard, GITEP Geography Trainee