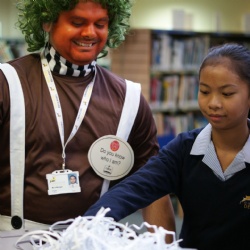 As many of you will know, Wednesday 13 September 2017 marked what would have been the 101st birthday of Roald Dahl. Widely considered one of the greatest writers, to this day Dahl's stories continue to ensnare the imaginations of children worldwide. As author and comedian David Walliums has said "...Dahl has this amazing ­understanding of what makes kids tick, so he can create worlds they believe in. He has this most extraordinary ability to see things just as he did when he was a child."

In order to mark Roald Dahl Day at Deer Park, our Librarians and English Faculty teamed up to host a lunchtime Roald Dahl themed birthday party in the PLC. Every pupil in Year 7 was given a Golden Ticket in order to gain admission to 'Willy Wonka's Factory', whereupon entering they found numerous activities to help them celebrate.

Almost immediately the cake stall, with its supply of Mrs Twit's Eyeball Cakes, was overrun as the pupils wanted to sample the delights on offer. There were quizzes to find out your Roald Dahl name (The Frightsome Hornswaggler for English teacher Mr Mason); a Lucky Dip; the chance to guess how many sweets were in a jar (well done Tallulah, 7LI,  whose guess of 150 sweets was the closest to the true amount of 154) and what proved to be very popular amongst a small group of boys, trying to hit a falling rat with a baseball bat! Thanks to the generosity of pupils and staff, we raised over £75 for Macmillan Cancer Support. 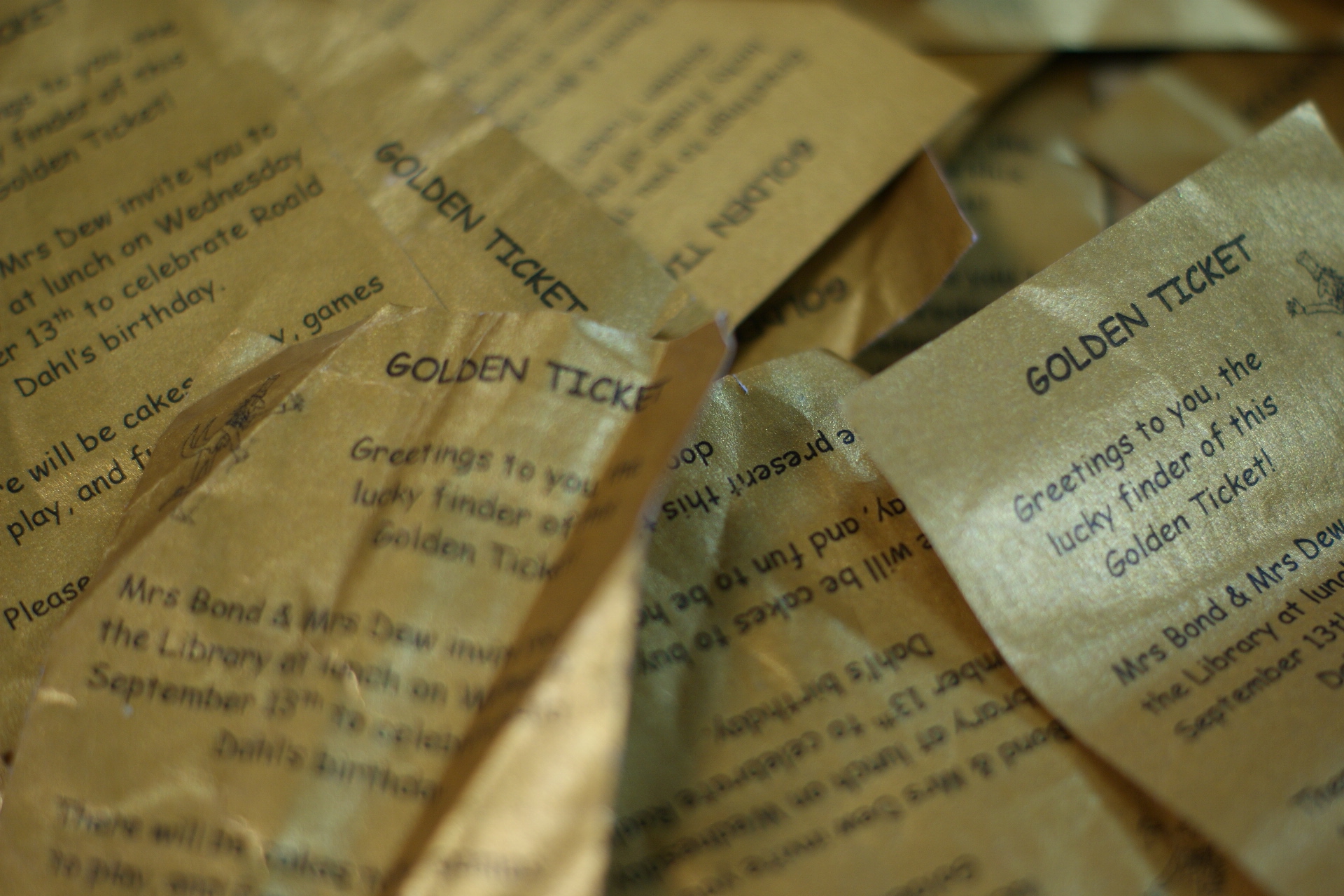 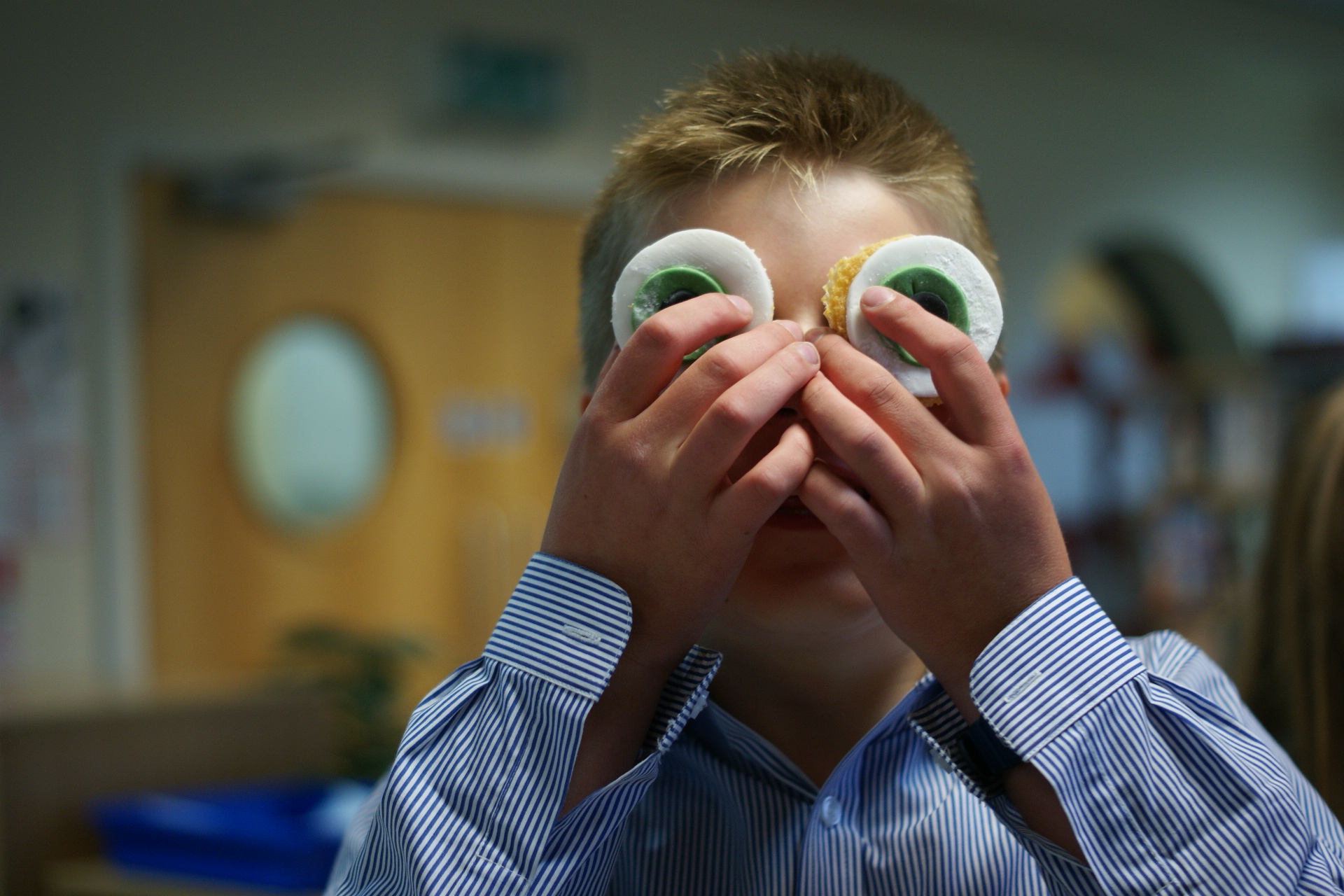 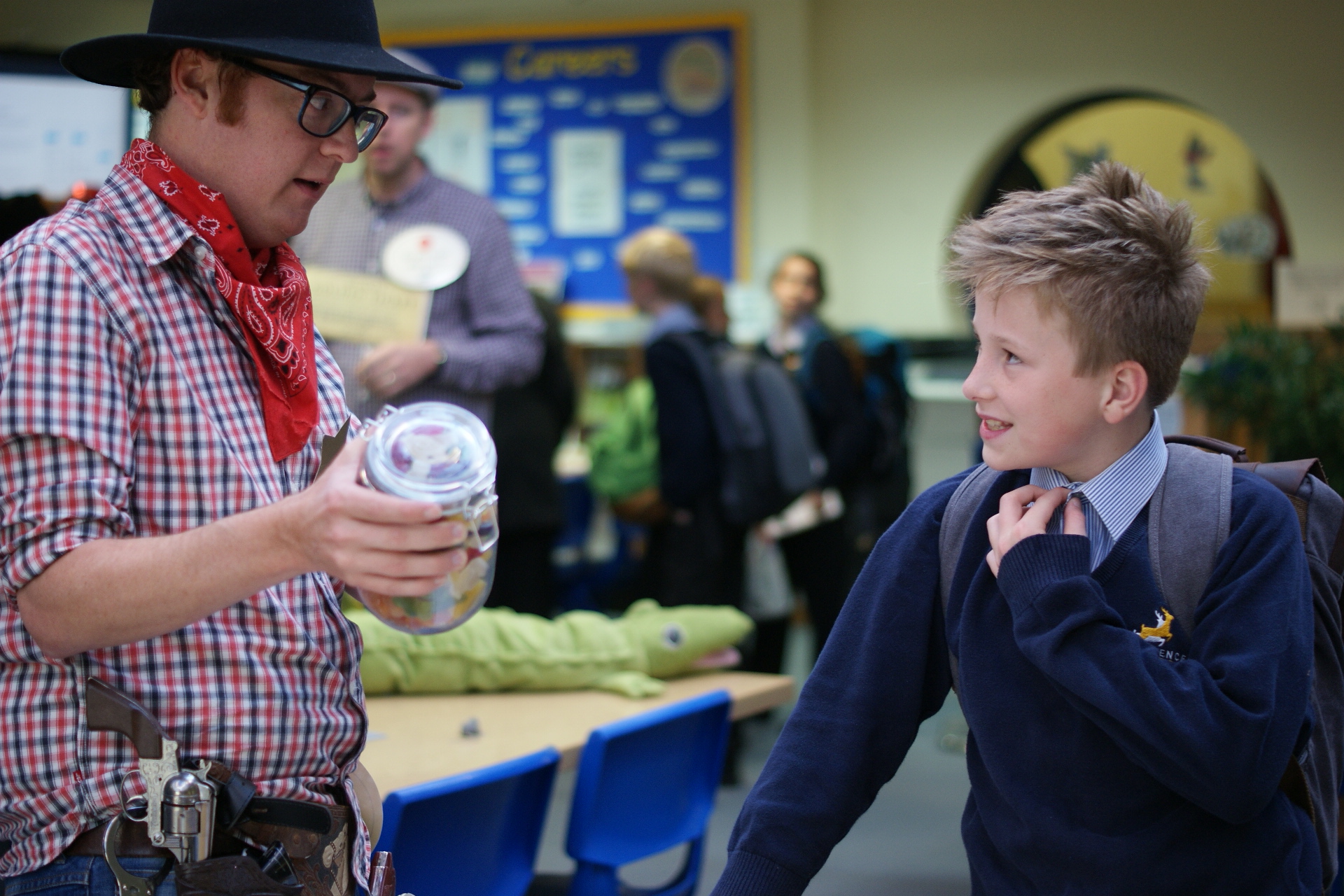 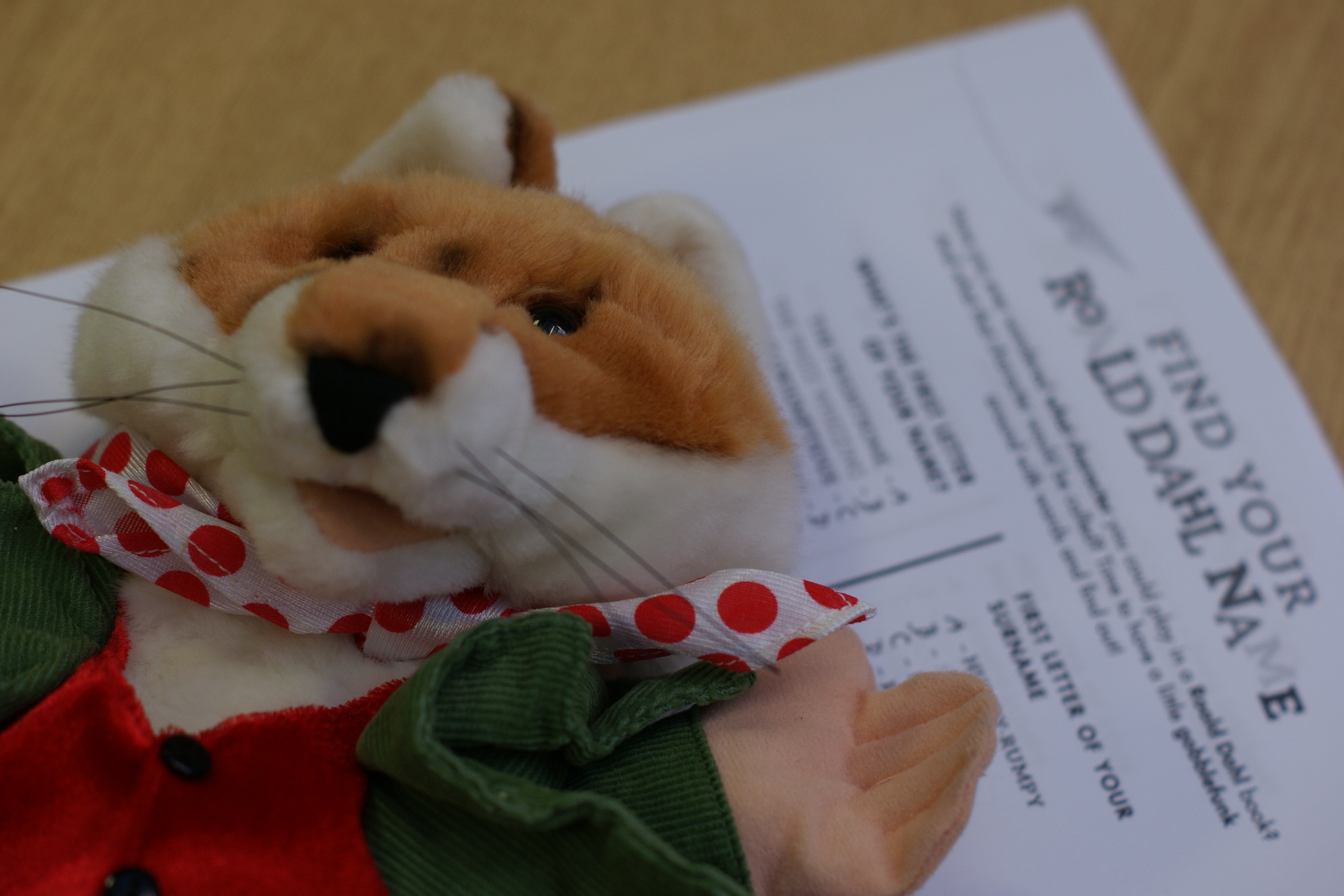 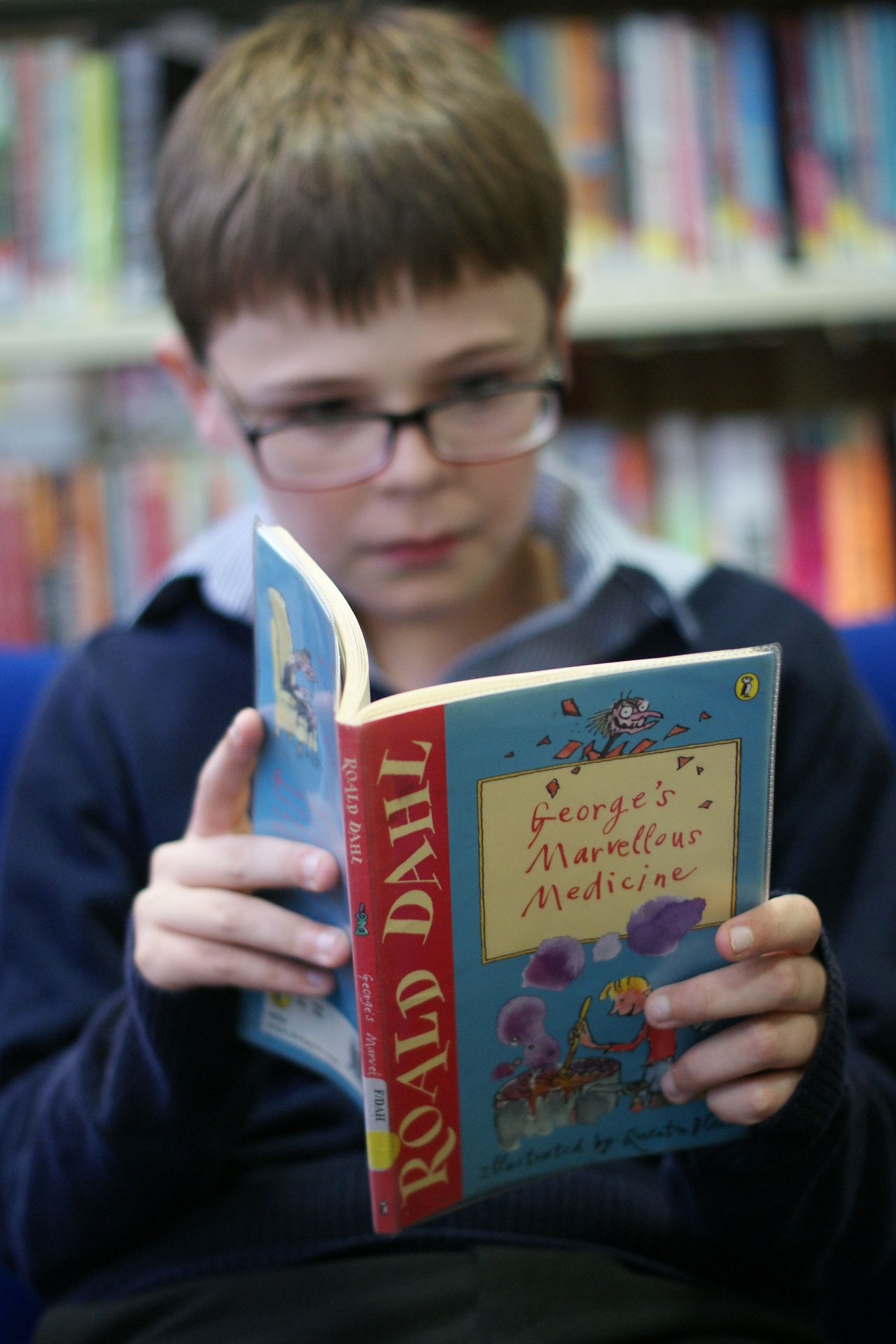 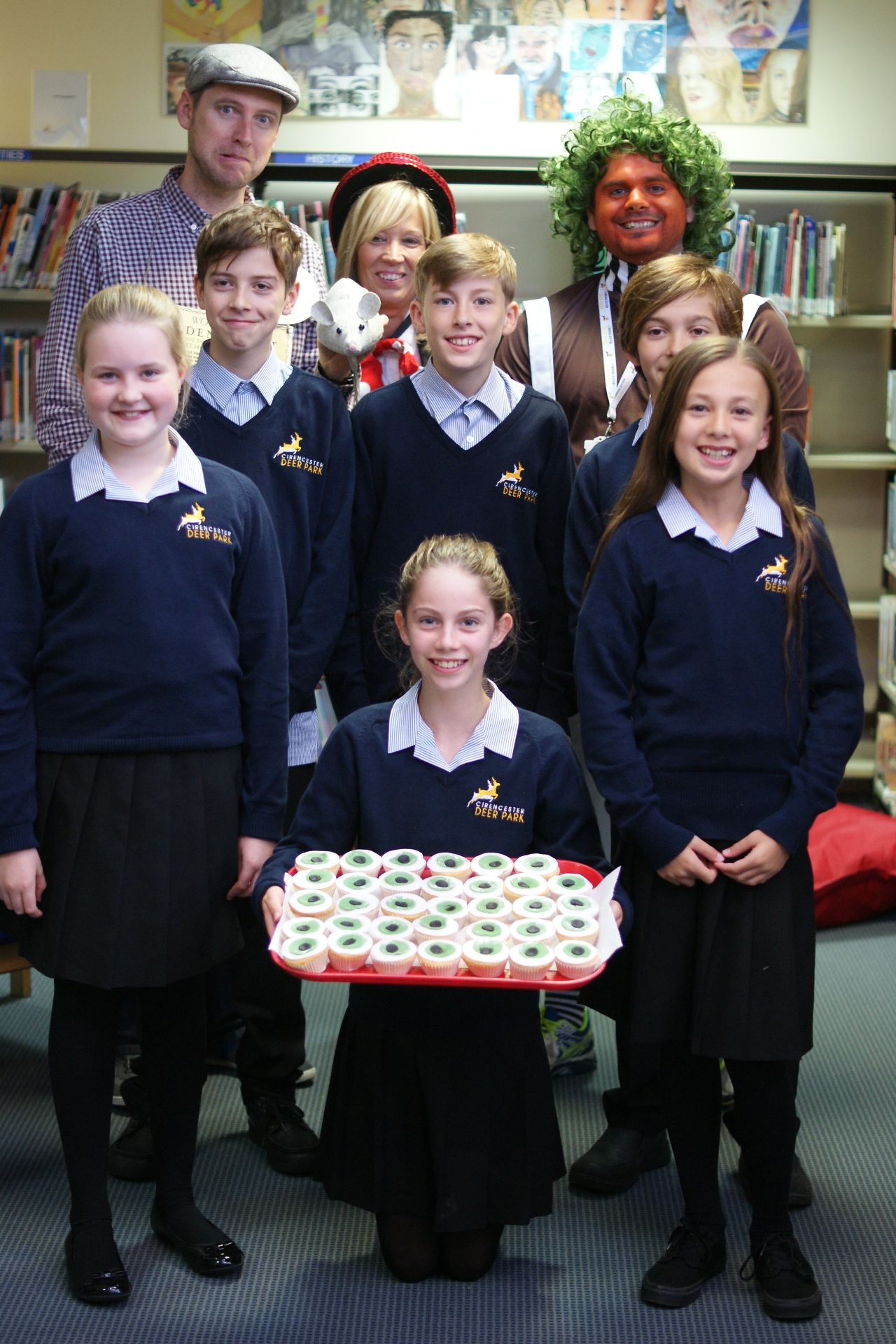 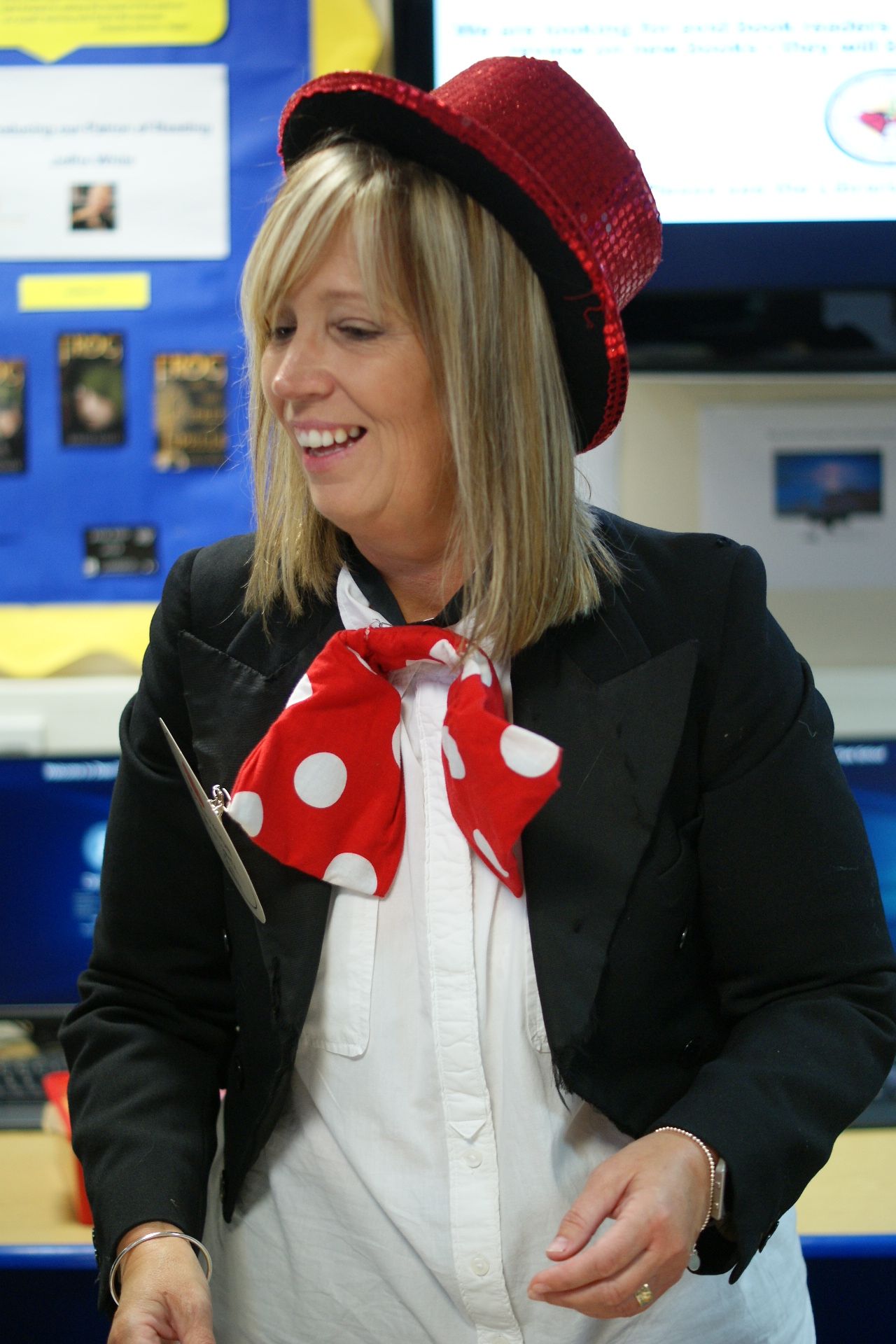 Ms Henson, Headteacher, commented "I am extremely grateful to our English team who delight in dressing up and bringing characters from fiction to life. They made a great contribution to our Librarians' bold decision to mark the 101st anniversary of Roald Dahl's birth just 7 school days into the new term. It is creative events like these that inspire and excite pupils about their learning at Deer Park."

Pupils' faces at lunchtime were a picture as the English Faculty walked through the Main Hall dressed in character on their way to the party in the PLC. You would definitely tell which pupils had not had English that morning and were answering the question on the badges the staff were wearing, Do you know who I am? 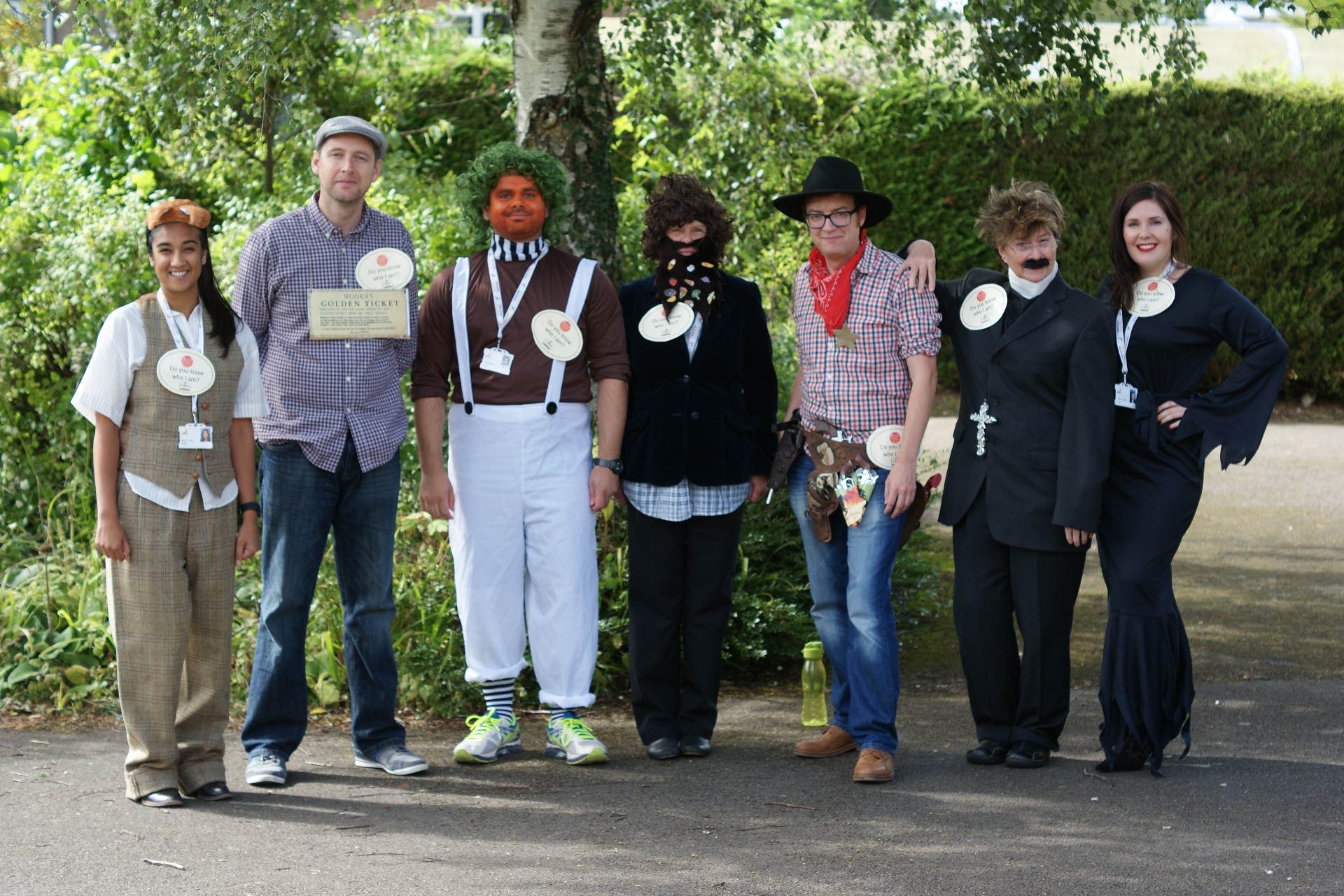 It was clear that all who came had a magical time, not least the teachers and staff who happily gave up their lunch breaks and turned up in full force decked out in their costumes. You can see just how much teachers are willing to embarrass themselves in the name of reading, education and a sneaky cake when no one is looking. As far as a certain Oompa Loompa is concerned, bring on 102.

Read the comments from some of our Year 7s:

"On Roald Dahl Day the cakes were Scrumdiddlyumptious! Mr Morgan dressed up as an Oompa-Loompa was hilarious!" Joe

"It was really great seeing the teachers dressed as book characters!" Elise

"Roald Dahl Day was AMAZING! There was so much fun to be had everywhere!" Beth

"It was great... I could see that everyone was having fun. Especially with the Hit the Rat!" Shannon

"The Roald Dahl Day was fantastic with all the scrumptious cakes and creative fun games. From ‘Hit the Rat’ to the word searches - it was all amazing. Thank you." Evie

I’m delighted that our three new members of staff, Mr Davis, Mr Morgan and Miss Jackson, embraced the challenge of finding a Roald Dahl character costume in just a few days. The party was a fantastic welcome to the PLC for our Year 7 pupils in their first fortnight at the school. Additionally, I would like to extend my thanks to Librarians Sue Bond and Kate Dew for all the enthusiasm they put into creating activities and baking themed cakes, with all proceeds going to charity. I hope that ‘Roald Dahl Day’ will become an annual event at Deer Park.