The inaugural Cirencester Deer Park School Pupils v Staff Charity Cricket Match took place in June 2015. Now in its third year, Monday 19 June 2017 was the date that staff had in their diaries as the chance to redress the balance and claim their first victory over the pupils, playing at the picturesque venue of Cirencester Cricket Club in the heart of Cirencester Park.

Batting first, the pupils posted a challenging score of 172 for 6 from their 20 overs.  Brothers Mikey and Sam opened the batting, with Mikey (Class of 2017) scoring freely, caressing the ball to the boundary on 9 occasions. Some glorious shots played on the front foot through the covers, Mikey soon reached his half century and retired. Younger brother Sam (new Year 10) was a little more cautious, still find the boundary twice before hitting the ball back to guest staff player Adi Saha, who was visiting from Kolkata, India.

Pupil skipper Harrison (new Year 11) took the mantle from Mikey and struck a quick fire 30 from just 19 balls, before he missed a calculated ball from Mr Van Wyk and was clean bowled.  Trying the keep the run rate down, the bowlers were changed at regular intervals, with Mr Cumming and Mr Carmichael replacing Mr Schlaefli and Adi.  Finley (Class of 2017) and Reuben (new Year 10) looked as though they could build a partnership until Reuben was run out in the covers, looking for a quick single.  Ben (new Year 10) joined Finley, whilst Mr Grant and Mr Germaine were introduced into the bowling attack.  Ben was bowled by Mr Germaine, getting an inside edge with his last ball of his first over.  He claimed a further 3 wickets with the first 3 balls of his second over to finish with 4 for 4 from 2, dismissing the County attack of Gaby, Tilly and Katie (new Year 9s). Design duo, Mr Hoare and Mr Armshaw, completed the bowling attack for the staff, where Tom (new Year 9) joined Finlay, not out with 10 and 35 respectively. 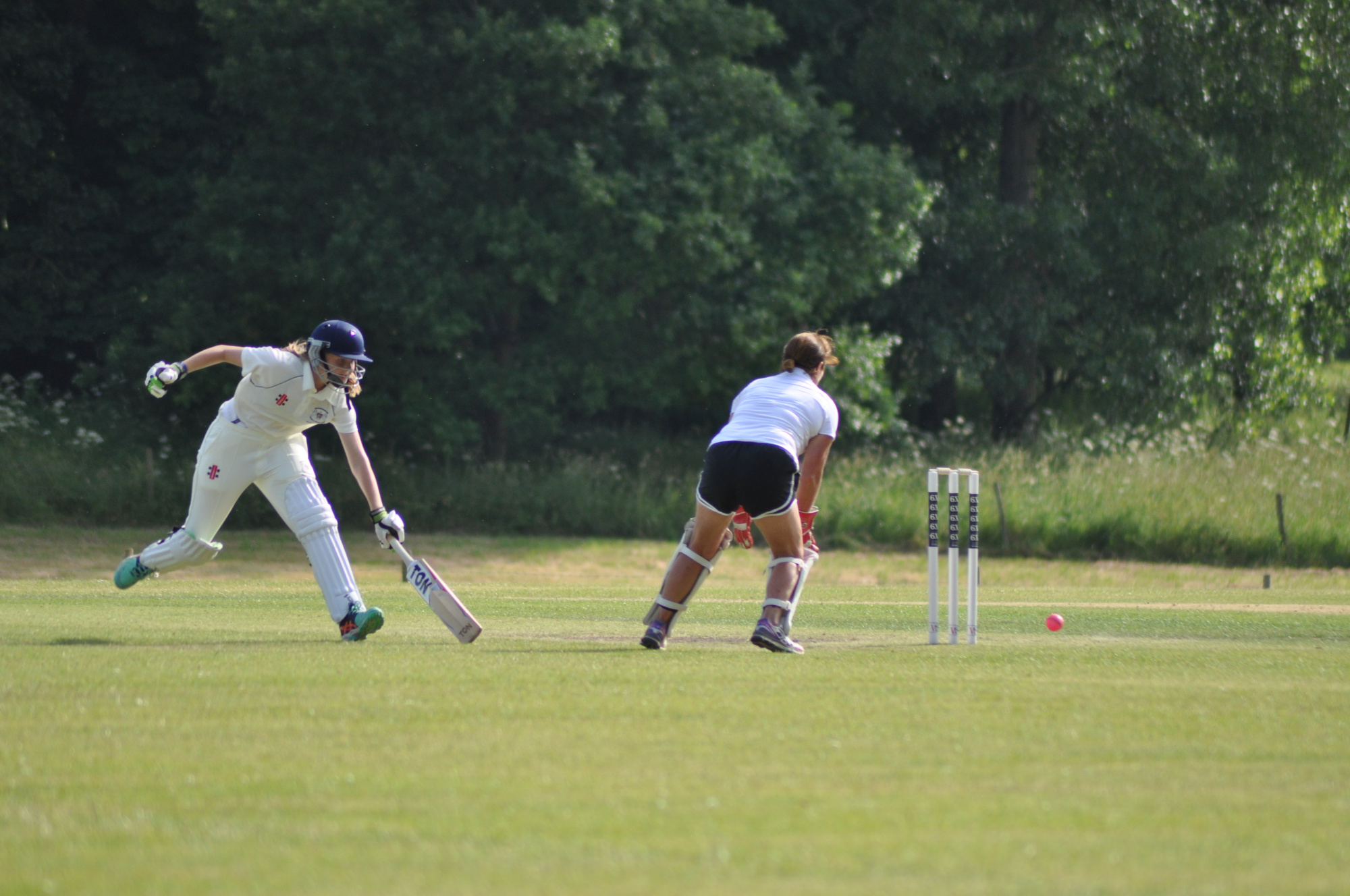 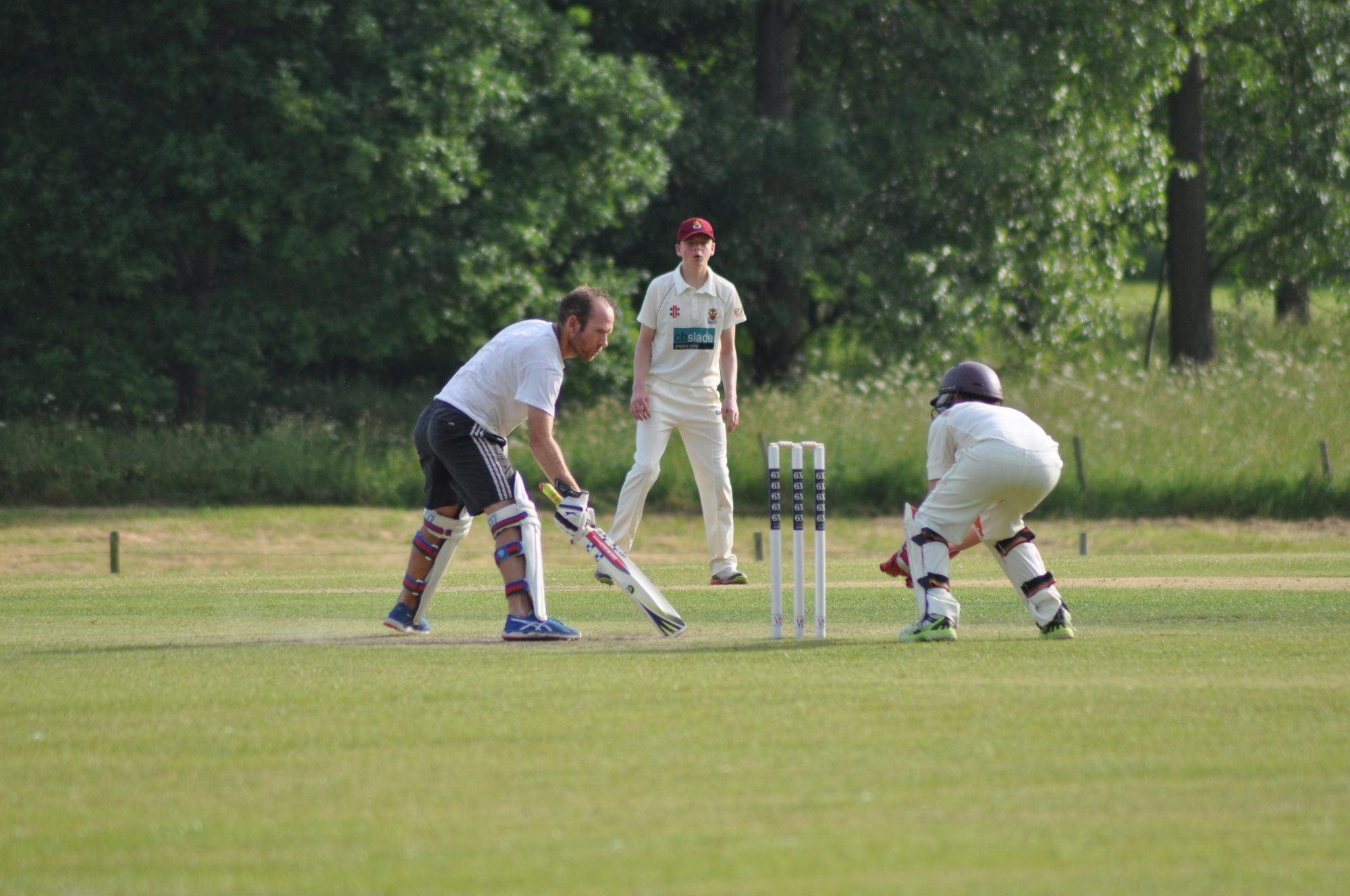 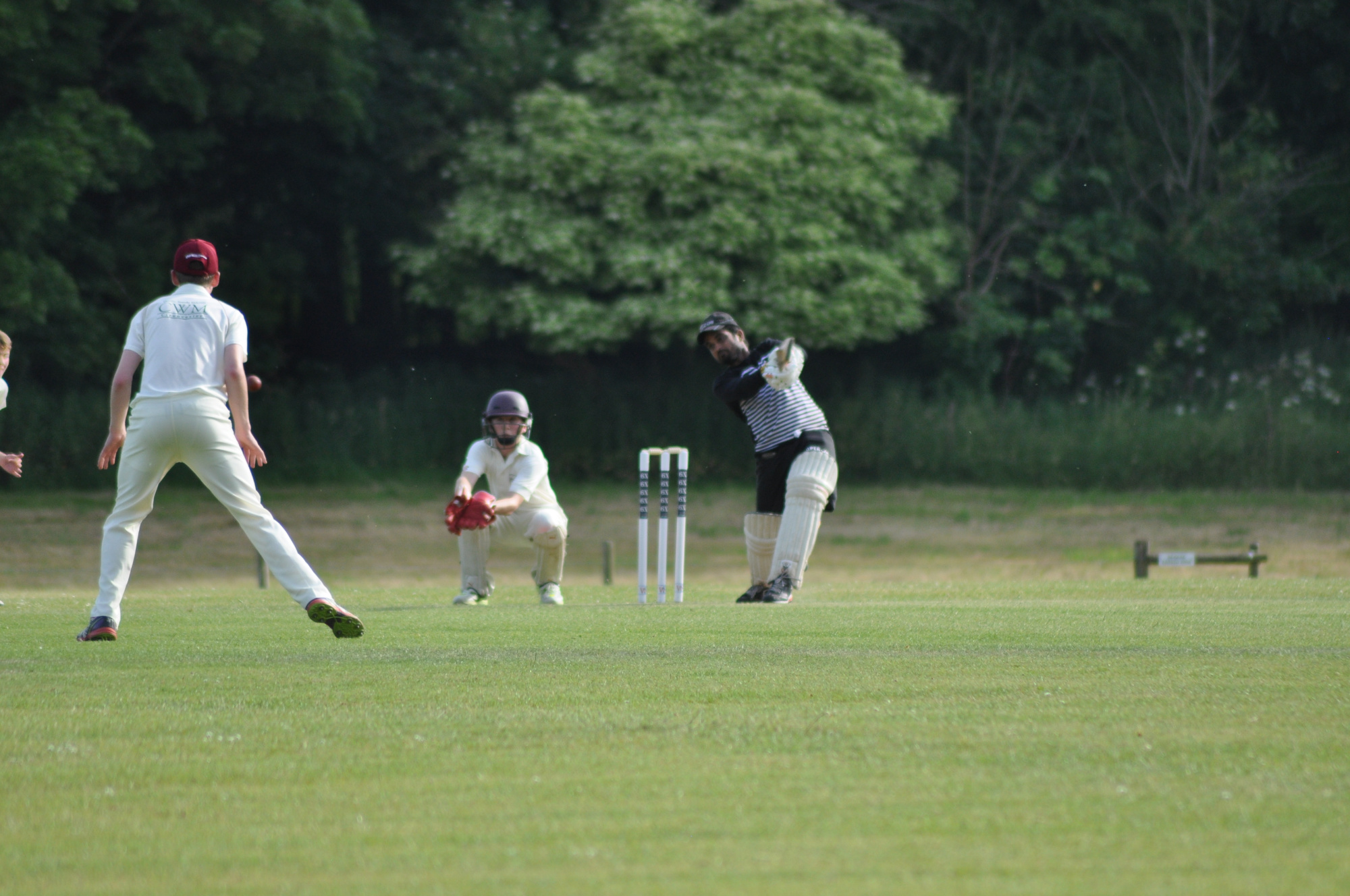 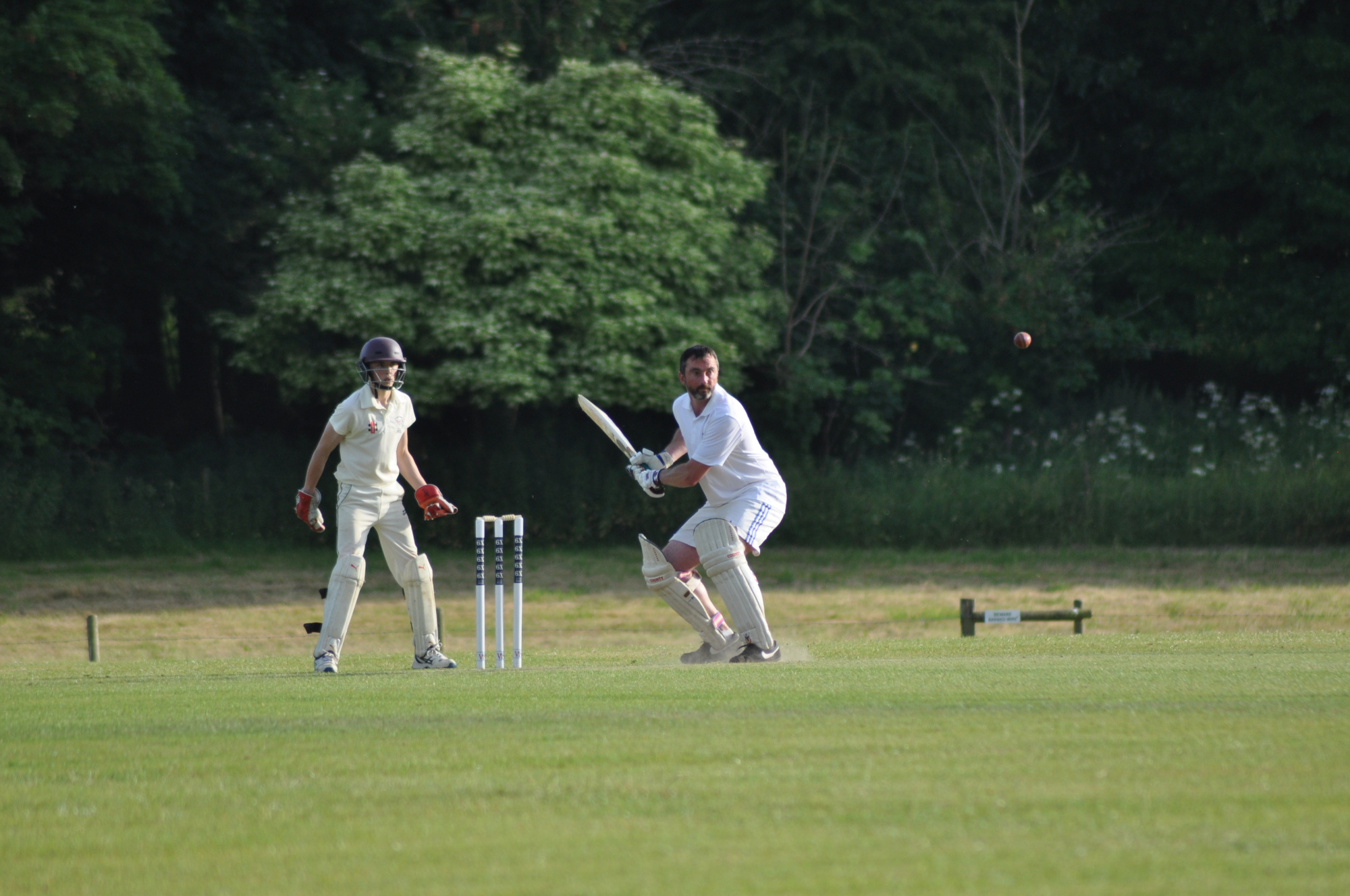 So, once again, it was not to be for the staff on the field in 2017. Perhaps next year? The game was played in the true spirit of cricket, where pupils and staff battled on the field and were gracious in victory and defeat. 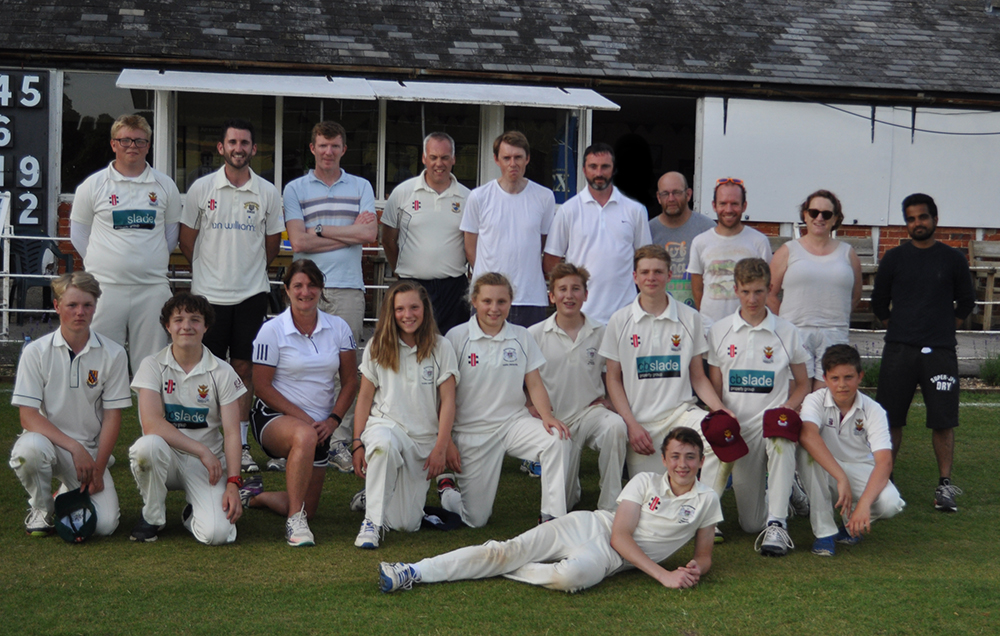 Our thanks to Cirencester Cricket Club for hosting our fixture. Thanks too to Harrison for organising the pupil team and to Mr Woodcock, Mr Jackson and Mr Cater for umpiring, as well as members of the Club, members of Deer Park staff and parents who came to support on what was a beautiful summer's day.

"This is the third year of our charity cricket match and the event has grown each year. The staff are becoming more competitive and it is always nice to beat them!" Harrison (Pupil Captain)

"It was a big honour for me to play in the match between teachers vs students. During the match, the teacher's team captain did very good captainship and the fielding setup was awesome. Thank you to Beth for bringing me to Deer Park to play in a fantastic enviroment with nice people."  Adi (Guest on the staff team)

"It was a fantastic opportunity to compete and be thoroughly outplayed by our very talented and sporting pupils. The setting was beautiful, the burgers were excellent and the banter was relentless. A really fun evening." Mr Armshaw (Design Faculty)

"The match was really fun, as well as competitive, and there was a great atmosphere." Tilly (pupil team)

we have raised money for a cricket-related charity and this year over £100 was raised (through match fees, sale of burgers and donations) for Gloucestershire Cricket Trust, which supports the development of young cricketers in the county.