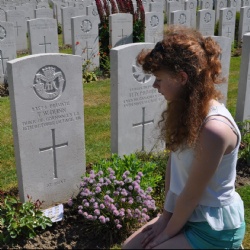 Early on Thursday 25 May 2017, just before half term, the annual English Faculty Year 7 Private Peaceful Tour set off to Ypres, Belgium. 84 pupils and 8 staff from Cirencester Deer Park School participated in this year's trip and our two coaches were filled with eager pupils, staff and tour guides. 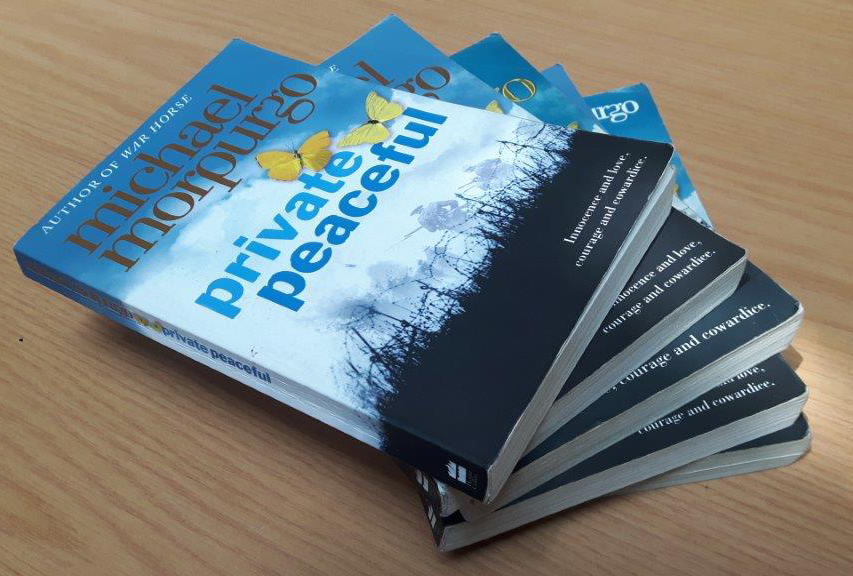 When Year 7 pupils joined us in September 2016, the first book they studied was ‘Private Peaceful’ by Michael Morpurgo, so our pupils have a tangible interest in the events of the book and the history of the conflict. Pupils had read about characters such as Charlie, Tommo, Pete, Les and Nipper Martin and this trip gives them the opportunity to consider how young people such as these were affected during WW1.

​All our tour participants were hoping for an moving tour, following in the fictional footsteps of Tommo and Charlie Peaceful and learning to really appreciate the sacrifices made by far too many soldiers during World War 1. The tour is a thoroughly stimulating experience and gives us the opportunity to visit a number of cemeteries in order to pay our respects to the those who gave their lives during 1914-1918.

After a smooth coach journey, a bit of a delay and a quick ferry journey, the two coaches arrived in Belgium on Thursday afternoon. Our first stop was Poperinghe (known as ‘Pop’ to the soldiers), a town that was behind the front line. The  permanently fatigued soldiers based in the Ypres Salient area visited ‘Pop’ for rest and relaxation. Our destination was Talbot House: this calm, tranquil place served as a respite for British soldiers. Whenever we visit Talbot House we are greeted kindly and warmly by the volunteers, and this time was no exception. The people there are always willing to give everyone a cup of tea and Deer Park aided this endeavour with the donation of a mountain of tea bags that were gratefully received. The voluntary stewards were keen to express their thanks to everyone.

After a meal in the hotel it was time to get back on the coaches and visit Tyne Cot cemetery. Our tour guides helped pupils and teachers conduct our own remembrance ceremony. It was a sympathetic, poignant and reflective moment for all involved. 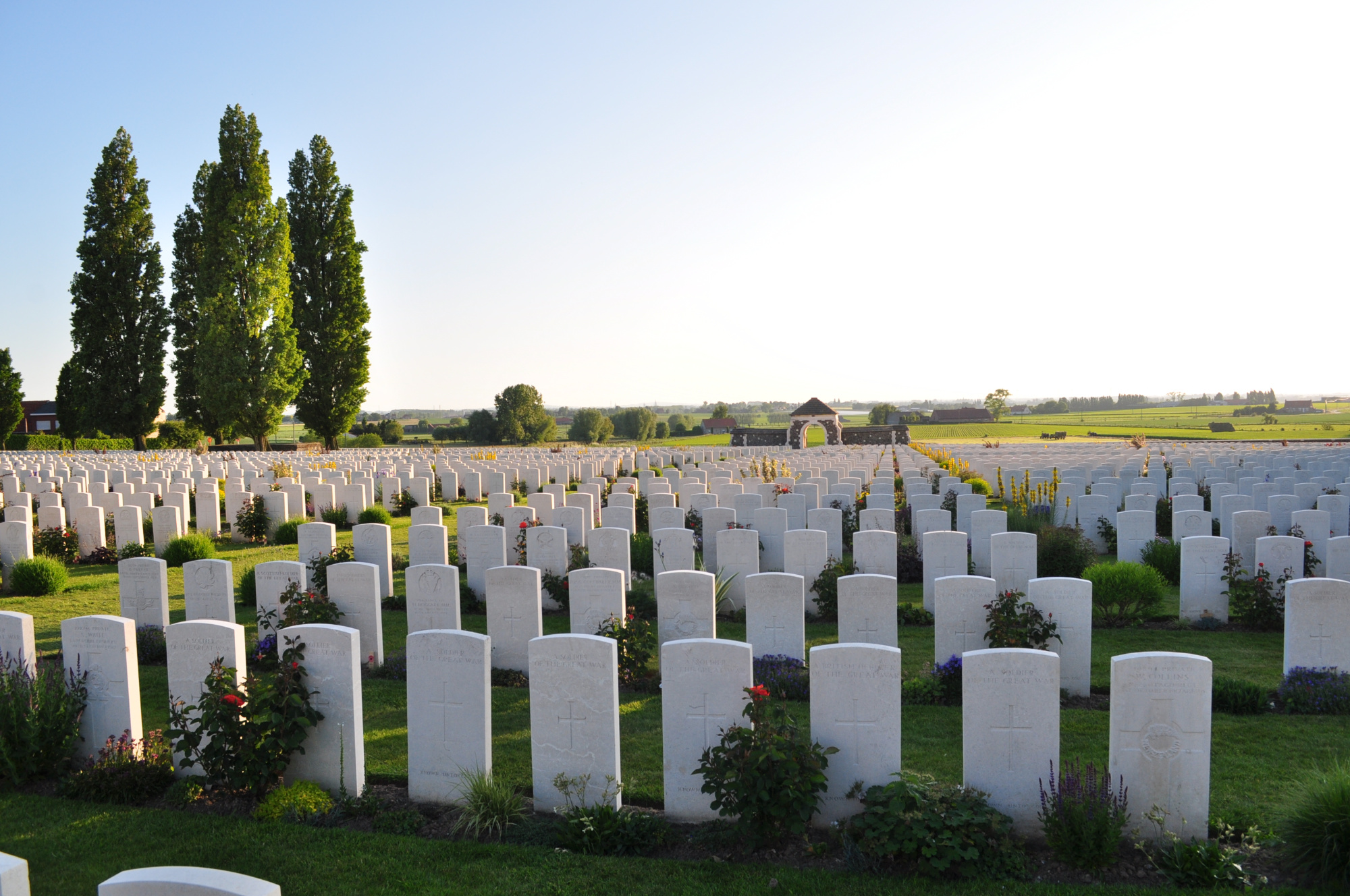 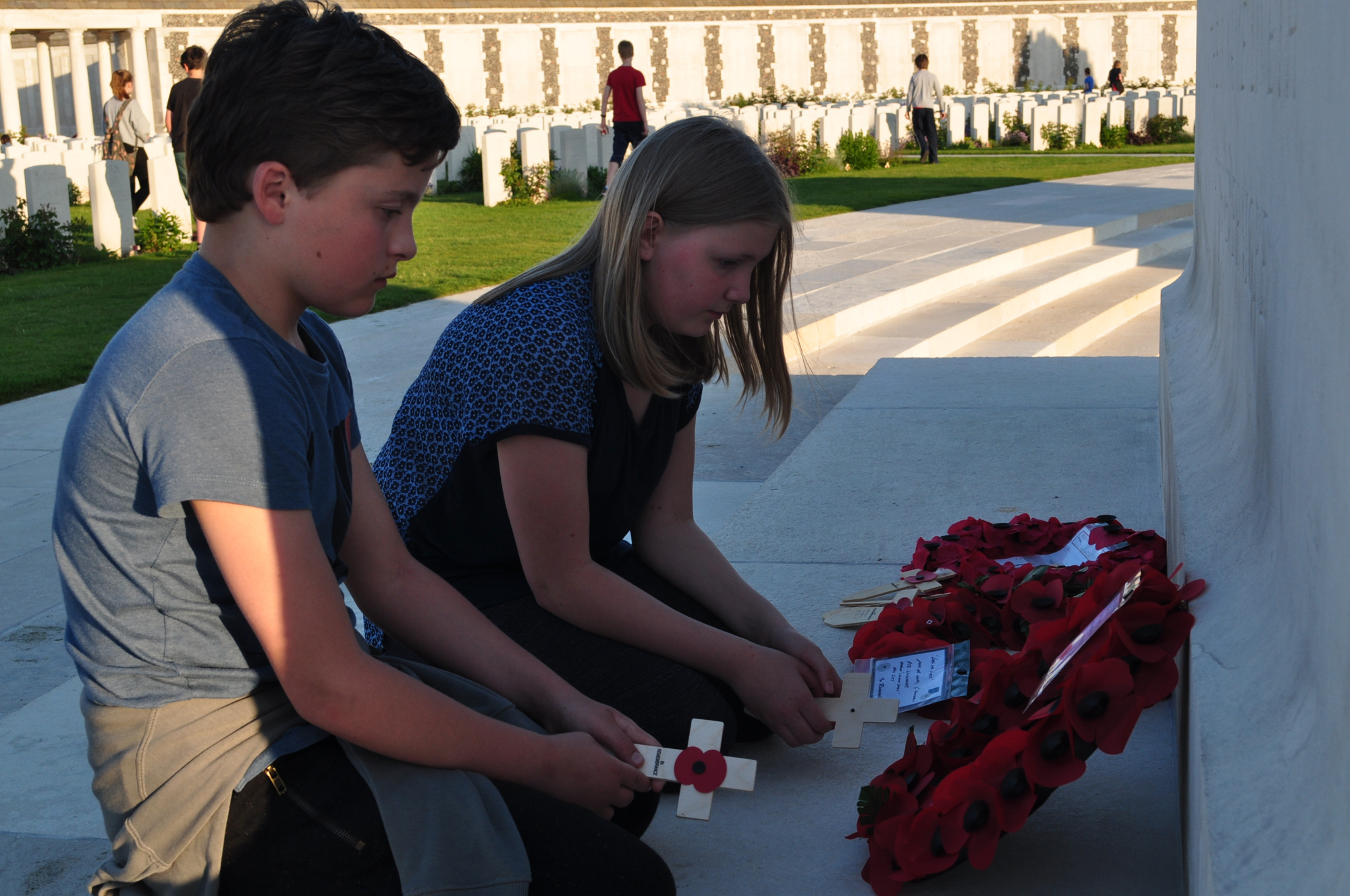 A night’s rest followed and in the morning the tour moved on to the Memorial Museum Passchendaele 1917. This interactive museum re-tells the story of the war in the Ypres Salient with lots of informative and interesting exhibits. The pupils were both respectful and reflective during the walk through the Memorial Hall, and really enjoyed looking at how life in the trenches affected the soldiers.

On the final day the tour we also went to Bedford House cemetery in the Flanders region and at this point we were shown the grave of ‘Private Peaceful’: a real solider whose name inspired Michael Morpurgo to write the book.

This year there were many personal connections found in our visits to the various cemeteries.  Our guides were able to skilfully adapt the programme of the tour to incorporate a visit to Hooge,  where one of our pupils was able to visit the grave of a relative and we were able share some of their story with the rest of the group. 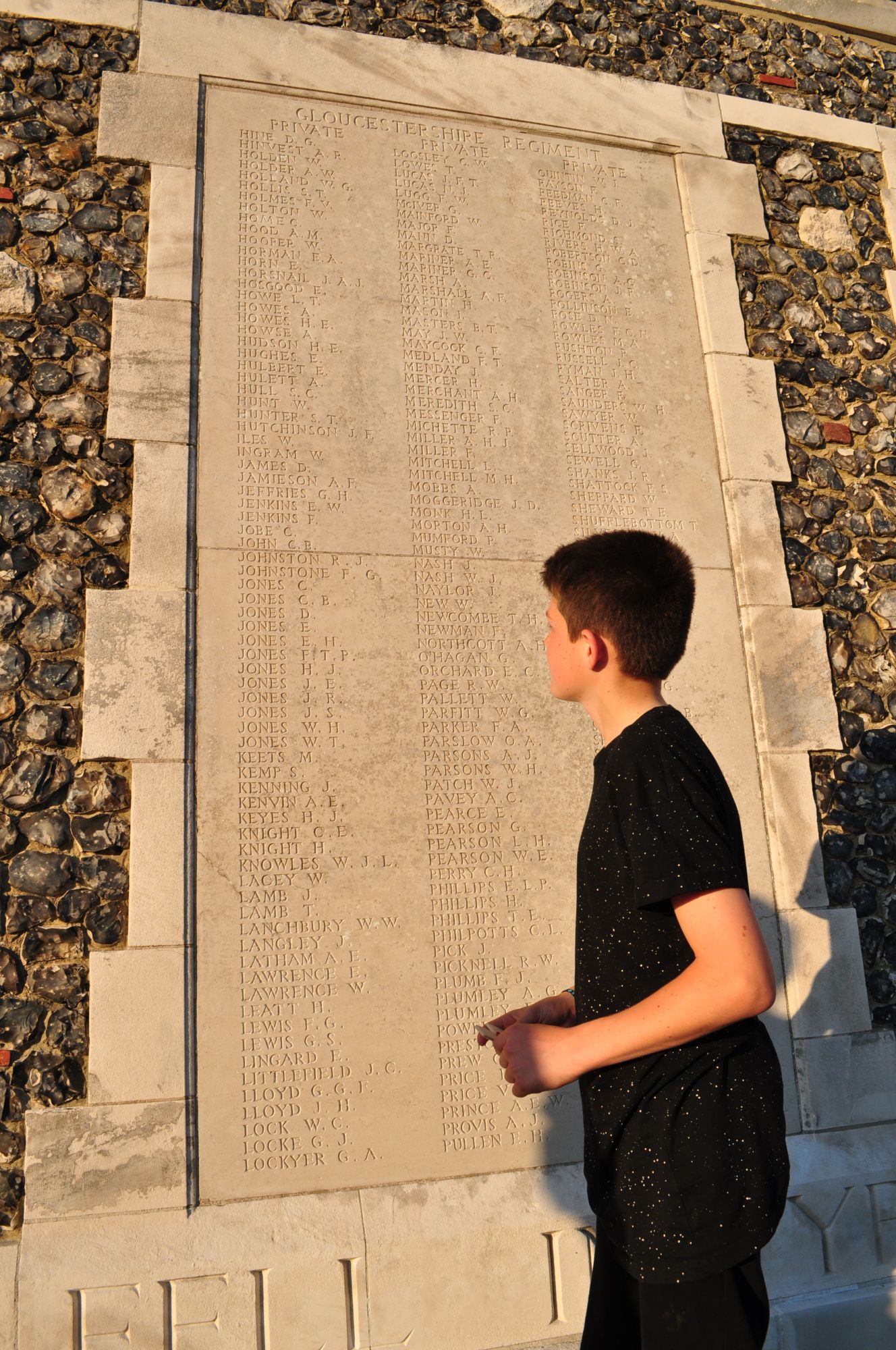 During the Friday we also visited Essex Farm cemetery and the Menin Gate.  All our Year 7 pupils had studied John McCrae’s poem ‘In Flanders Fields’ and it was thought-provoking to visit his memorial, and see it in the context of the hundreds of graves that lie so close by.  At the Menin Gate the pupils were again given a period of reflection in order to contemplate the thousands of names etched into the stone walls.

As always, our tour guides were professional, knowledgeable and passionate about all of the places that were visited. We all learnt so much throughout the tour. Not only was the tour a chance to reflect and recap on events in the book, it offered cross-curricular links to History, Languages and Maths and gave the Year 7 pupils a variety of viewpoints from which to consider the First World War.

Although it is a tiring two days, this trip really makes pupils THINK whilst also being a fun adventure away with their school friends.

"The best bits were the massive cemetery and learning about all the people that lost their lives and also our own ceremony." Lily

"The best part was the outdoor trenches in the museum - all the detail in the trenches was magnificent." Jack

They’ve gone now, and I’m alone at last. I have the whole night ahead of me, and I won’t waste a single moment of it. I shan’t sleep it away. I won’t dream it away either. I mustn’t, because every moment of it will be far too precious.

I want to try to remember everything, just as it was, just as it happened. I’ve had nearly eighteen years of yesterdays and tomorrows, and tonight I must remember as many of them as I can. I want tonight to be long, as long as my life, not filled with fleeting dreams that rush me on towards dawn.

Tonight, more than any other night of my life, I want to feel alive...

In Flanders Fields
by John McCrae

In Flanders fields the poppies blow
Between the crosses, row on row,
That mark our place; and in the sky
The larks, still bravely singing, fly
Scarce heard amid the guns below.

We are the Dead. Short days ago
We lived, felt dawn, saw sunset glow,
Loved and were loved, and now we lie,
In Flanders fields.

Take up our quarrel with the foe:
To you from failing hands we throw
The torch; be yours to hold it high.
If ye break faith with us who die
We shall not sleep, though poppies grow
In Flanders fields.