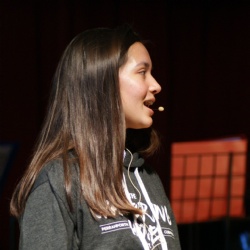 A MaDD Evening at Deer Park

Pupils and parents readied themselves for a MaDD Evening on Thursday 8 May when our Expressive Arts Faculty presented a concert unlike any previously seen at Cirencester Deer Park School. The new formula used three venues to showcase a variety of skills, meaning that the audience rotated through different venues (the Main Hall, the Sports Hall and the Expressive Arts Drama Studio) to see each performance strand, showcasing Music, Drama and Dance. 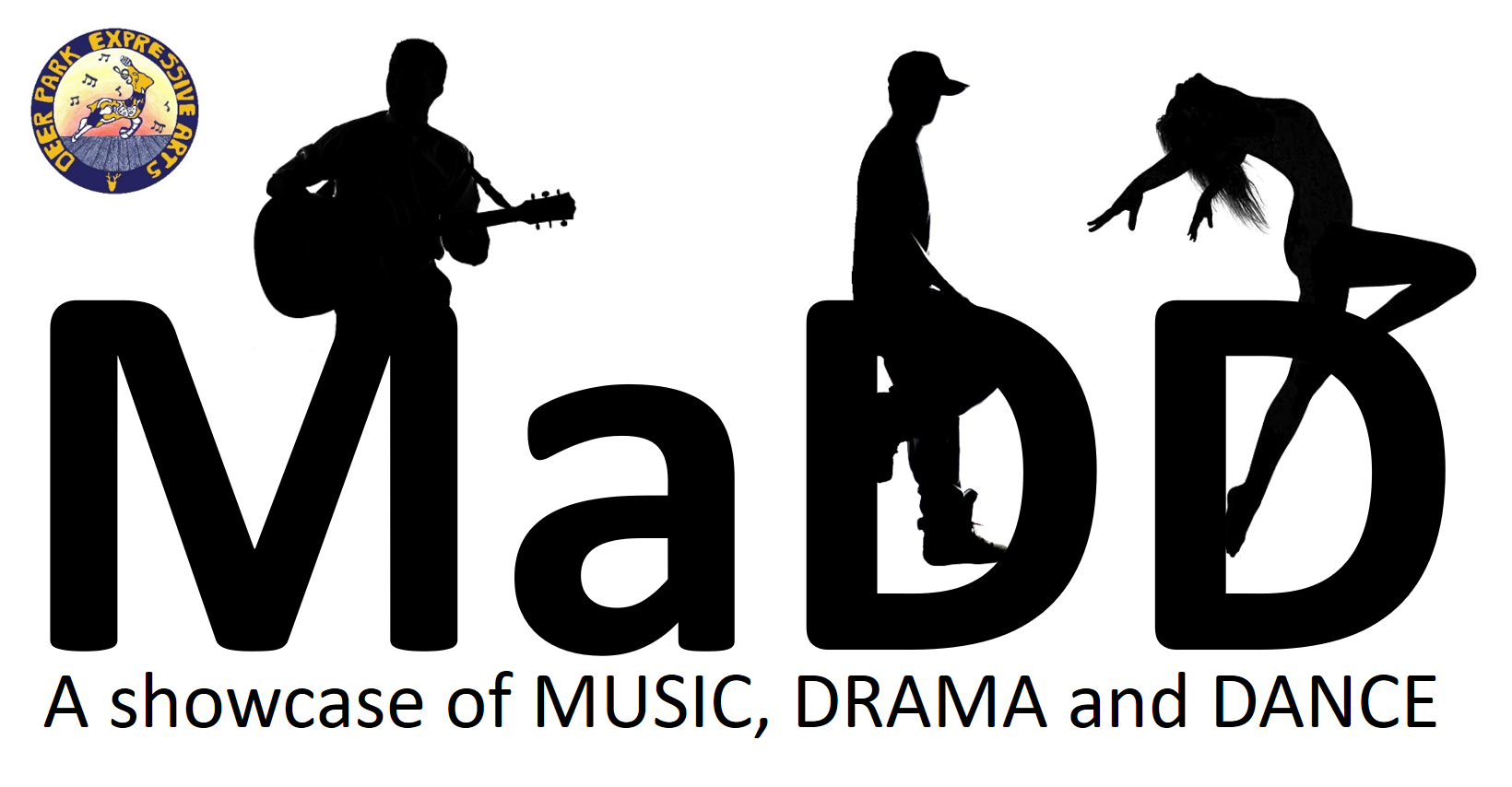 The MADD evening was a great example of innovative practice and provided superb entertainment. I was impressed by the way in which our pupils and staff rose to the logistical challenge of simultaneous performances and by the commitment of the promenade audience to the programme! The event definitely reflected the ambition of our Expressive Arts Team and was truly inclusive, offering our performers in music, dance and drama the opportunity to share their skills and talents, not just once, but three times over the course of the evening. Congratulations to all who played a part in the evening's success.

We enjoyed music from some of our most accomplished musicians. Year 11s Simon and Ellen played ‘Morenita Do Brazil’ on the classical guitar and confident Year 9 pupils Olly, Mia and Dan impressed us with their energy, after hours of preparation, when singing and dancing to 'Good Mornin’' from 'Singin’ In The Rain'. Several talented GCSE Drama performers impressed us with their believable and hard-hitting acting, performing a devised piece of drama based on The Suffragettes movement. Reanna performed a contemporary solo dance to 'Human' by Rag and Bone Man and a singing duet alongside fellow Year 10 pupil Evie, 'Some Things Are Meant To Be' from the musical ‘Little Women’. She said "I loved every second of the MaDD evening. The fact I got to sing and dance was amazing. The costume change was a little manic but it was well worth it. Performing twice with singing and three times with dance was so much fun. It was a great opportunity."

We say thank you and farewell to our Chair of the Friends of Deer Park, Sarah McGrath, who helped with refreshments during intervals at the event. "It is an end of an era for us, 10 years with a child (or two) at Deer Park. The MaDD Evening was such a fun way to enjoy the many talents that the Expressive Arts Faculty encourage in our children. The audience was able to appreciate a separate performance of Dance, of Drama and of Music, moving between performances during a short interval. It really was three wonderful concerts for the price of one!" 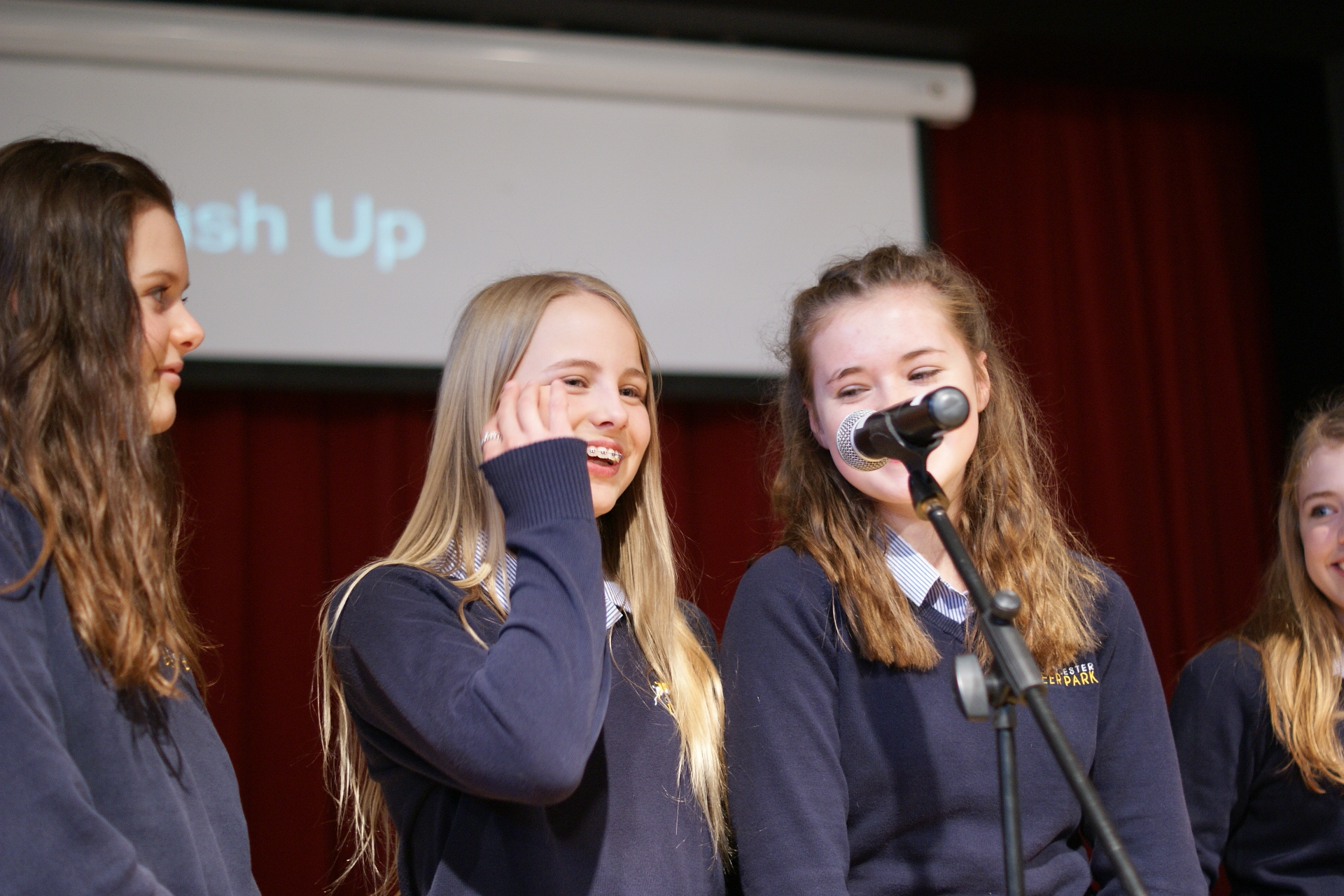 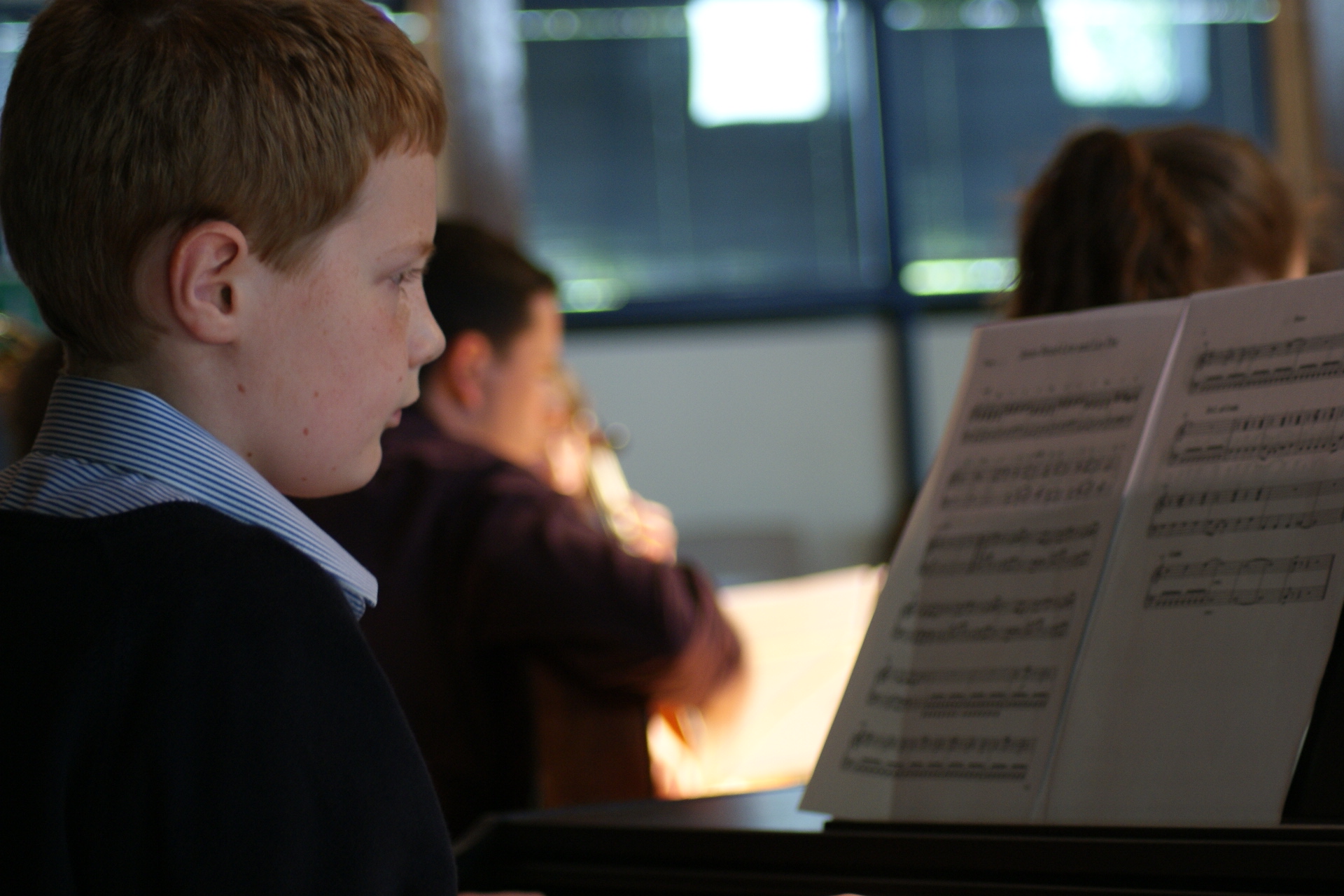 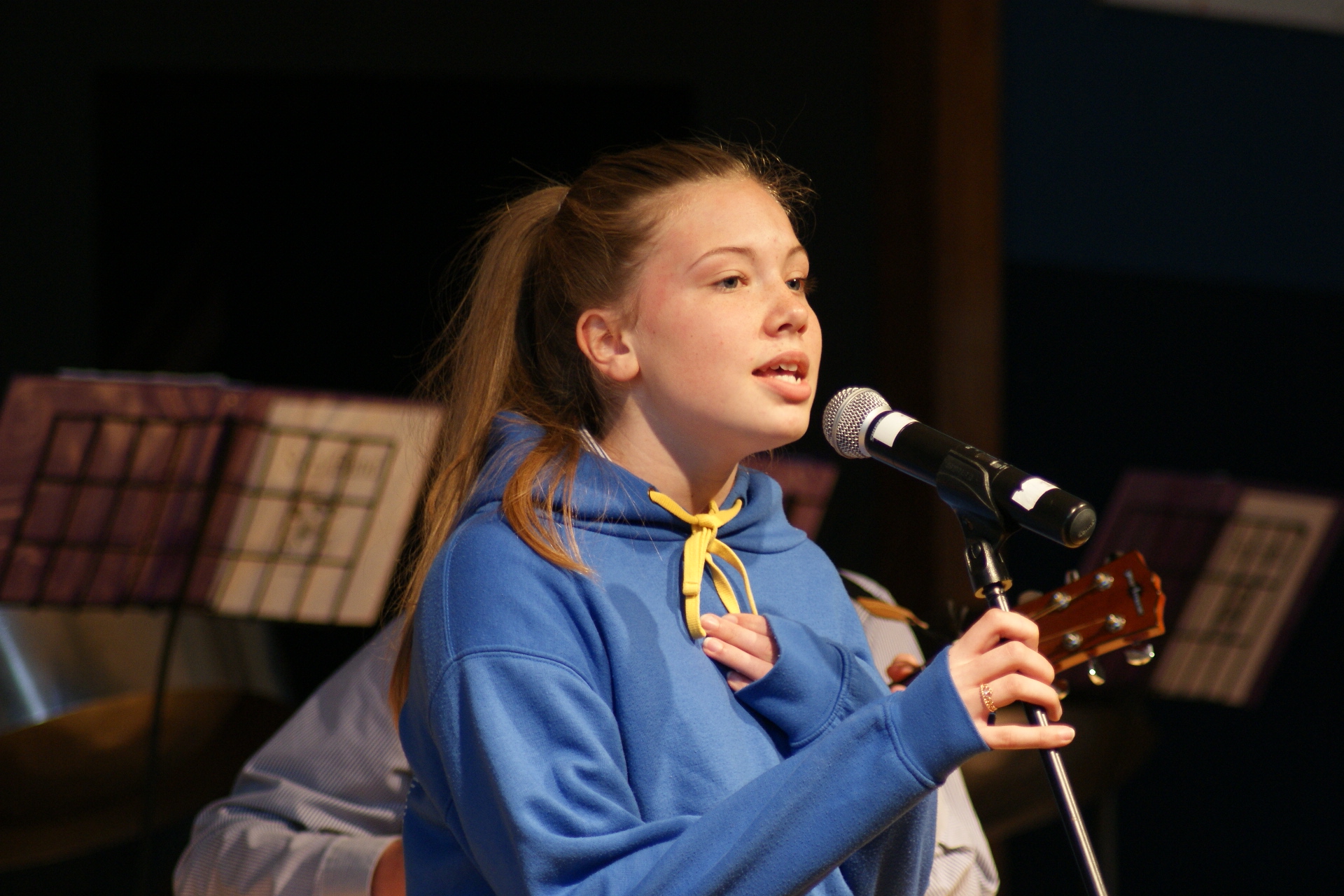 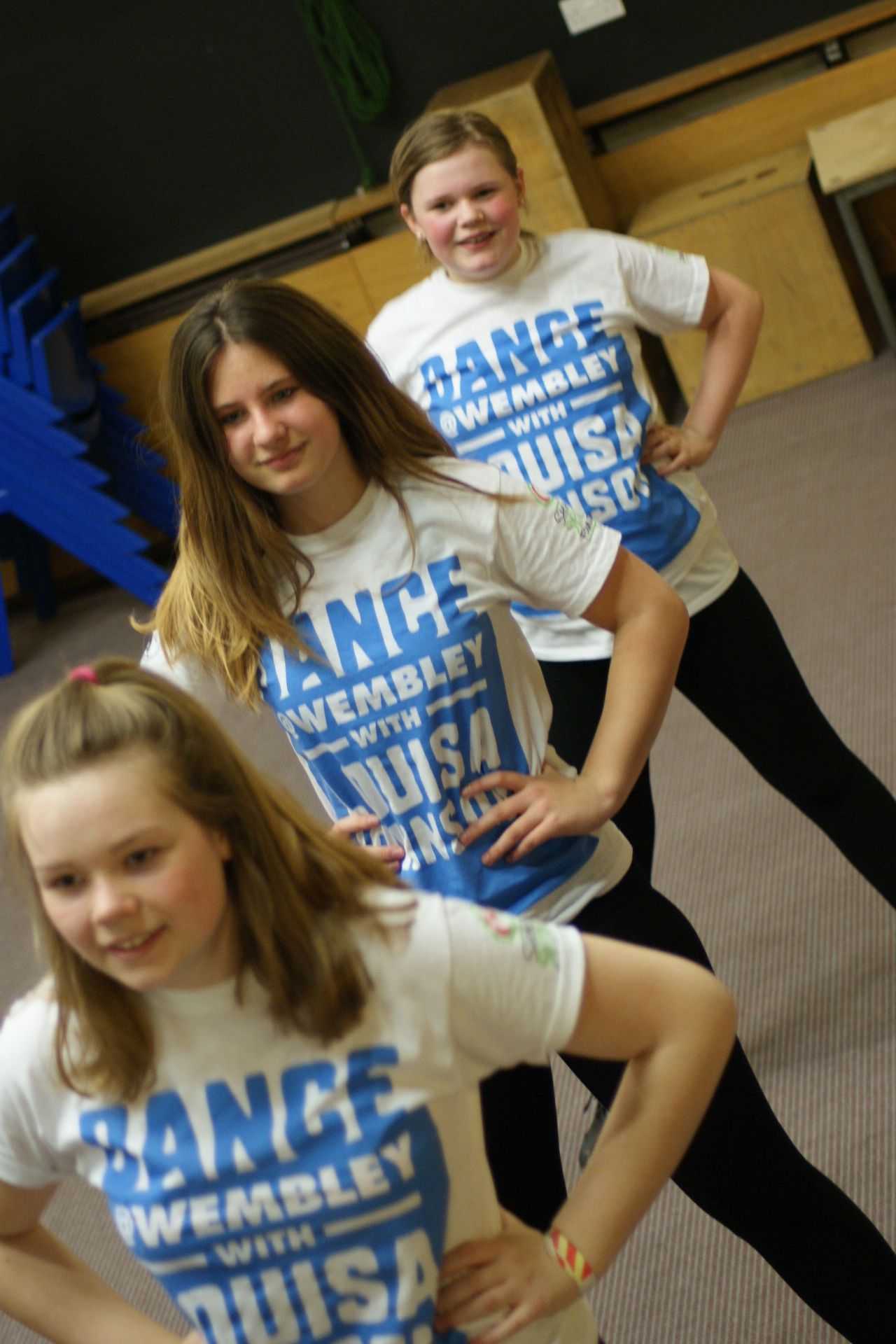 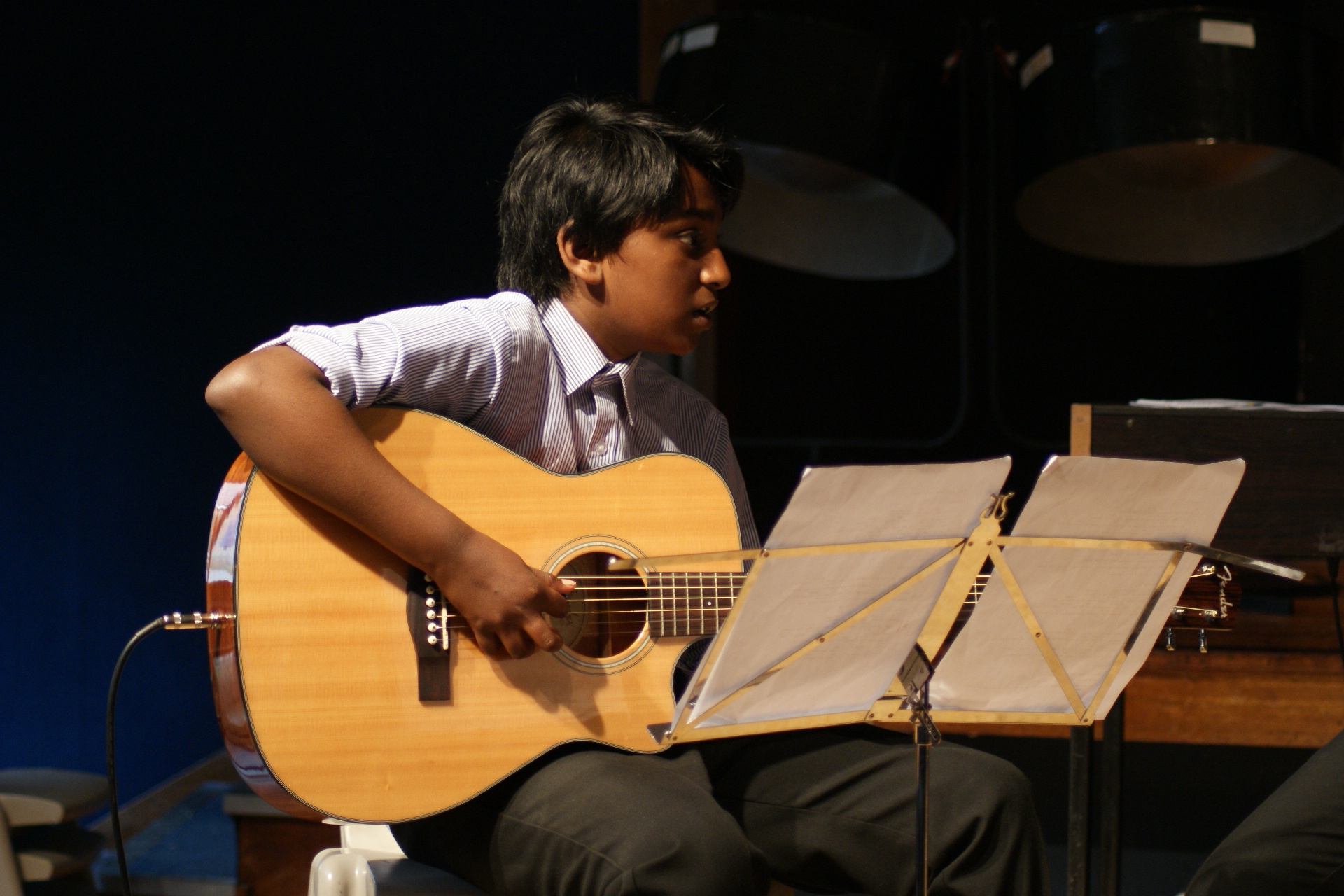 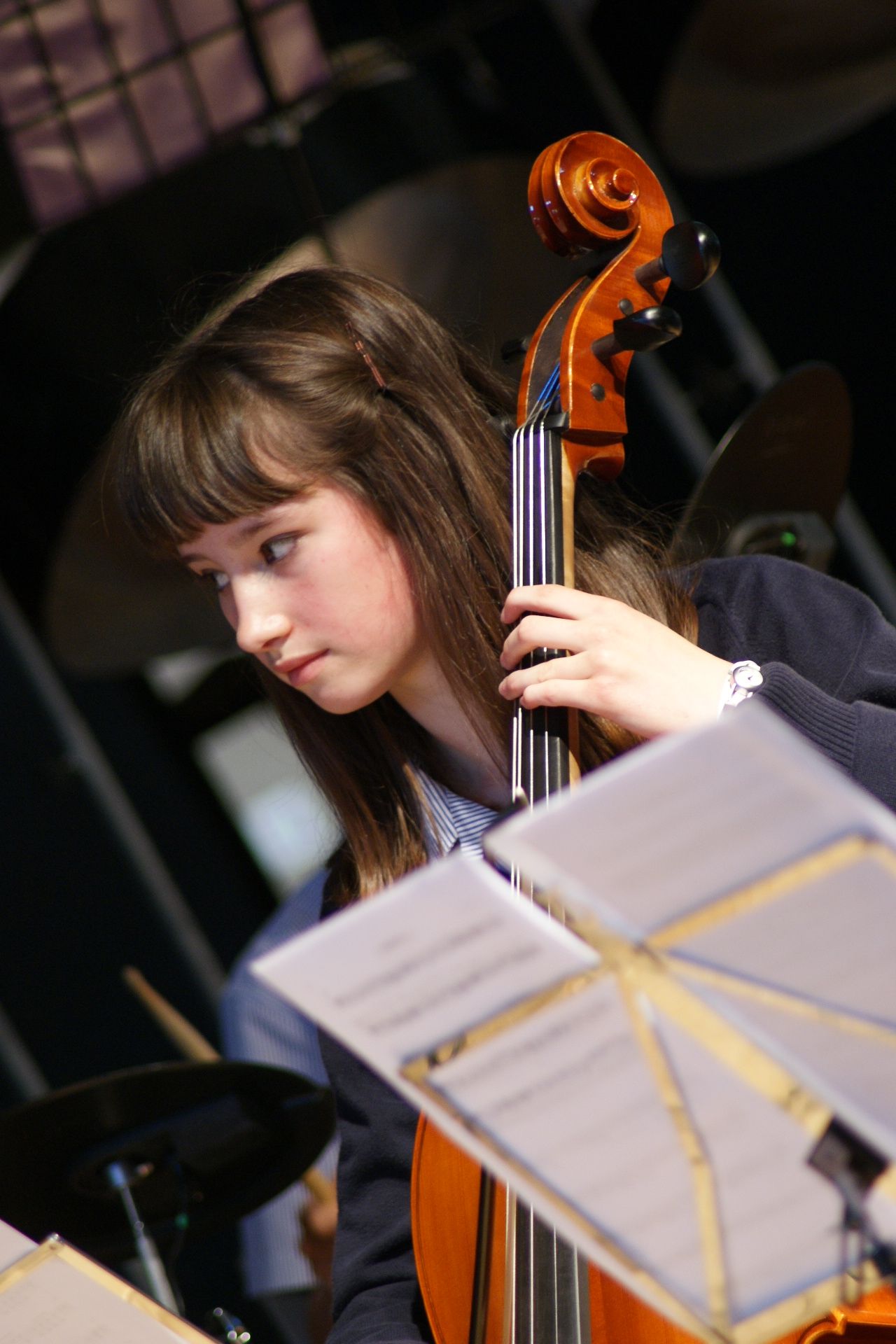 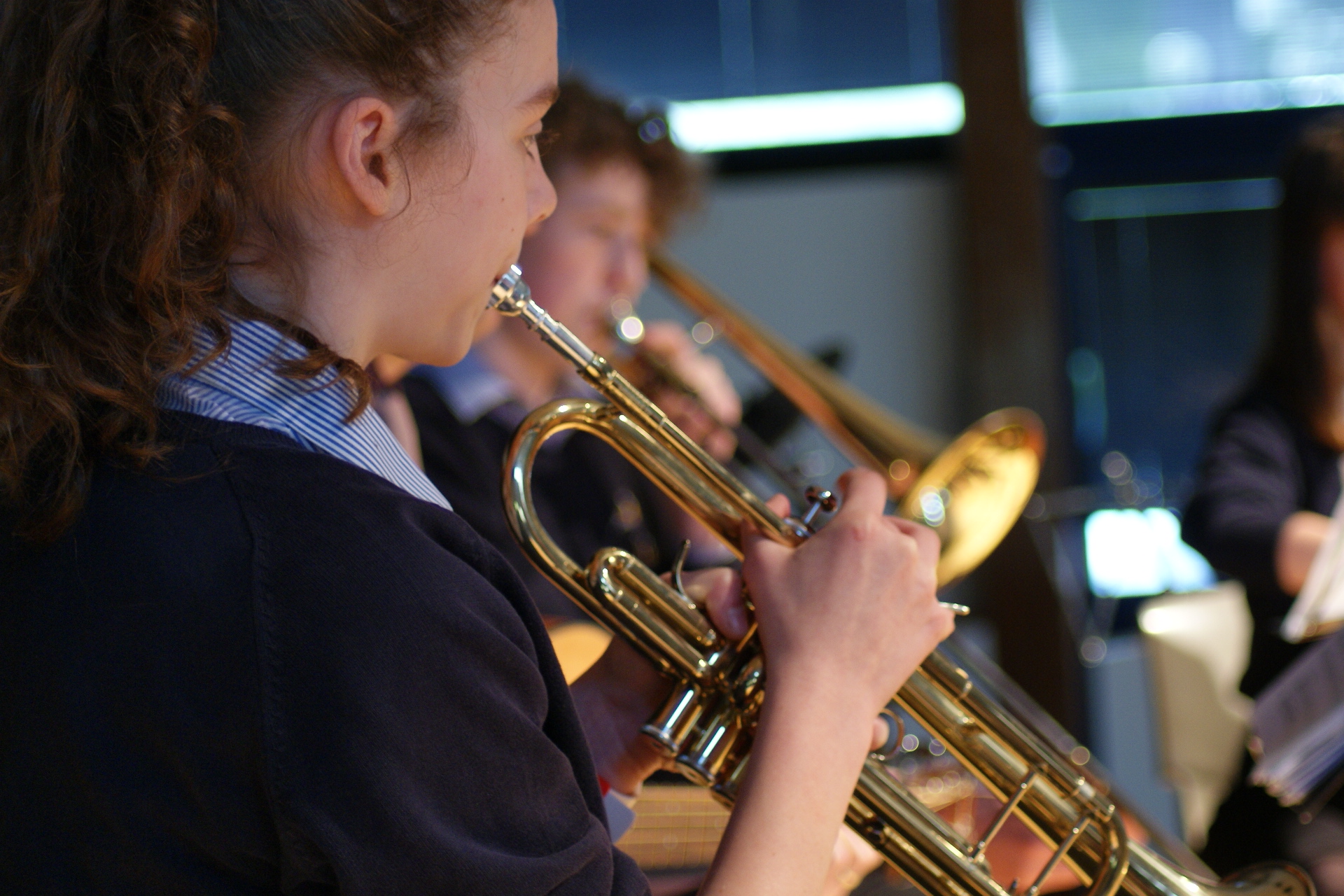 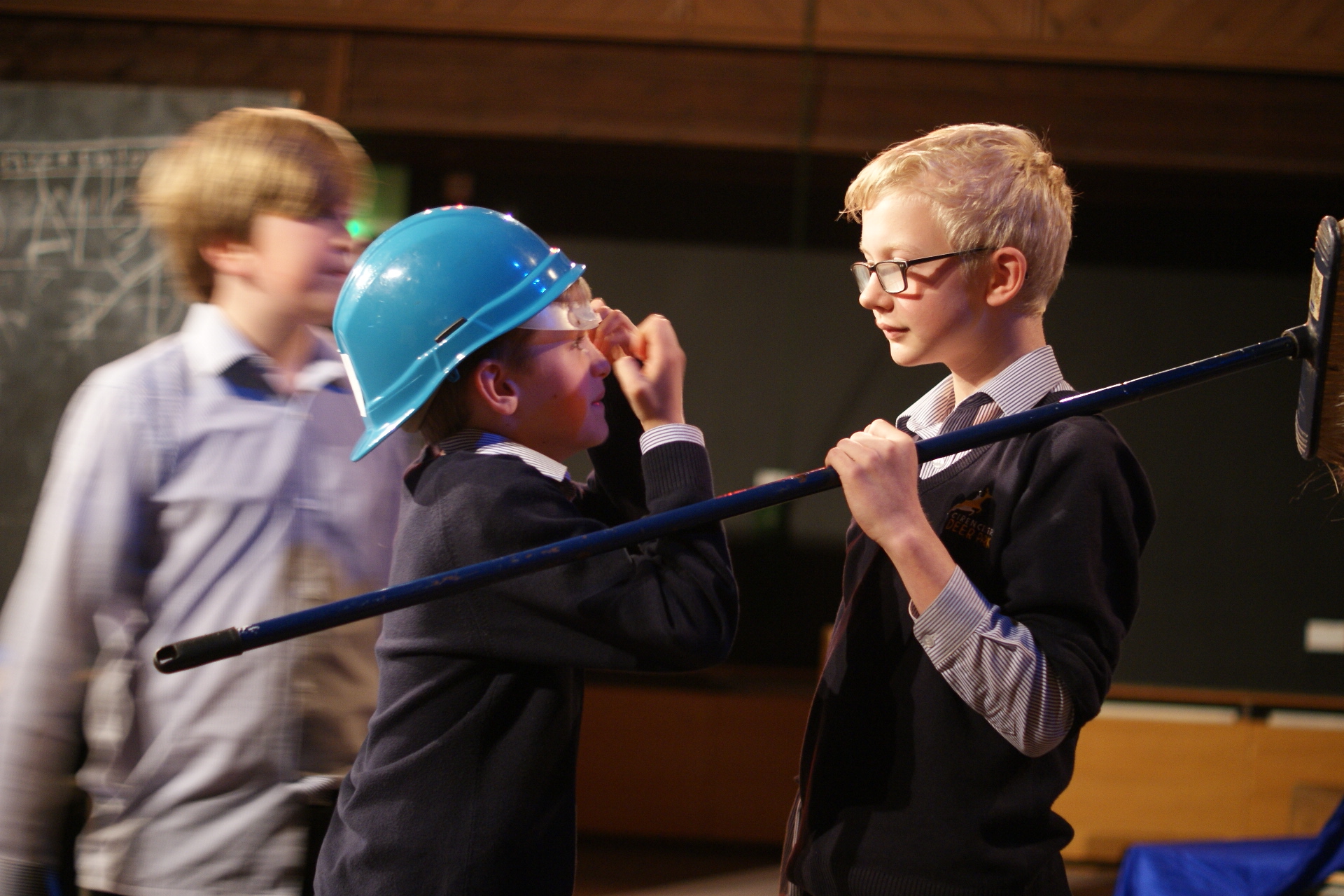 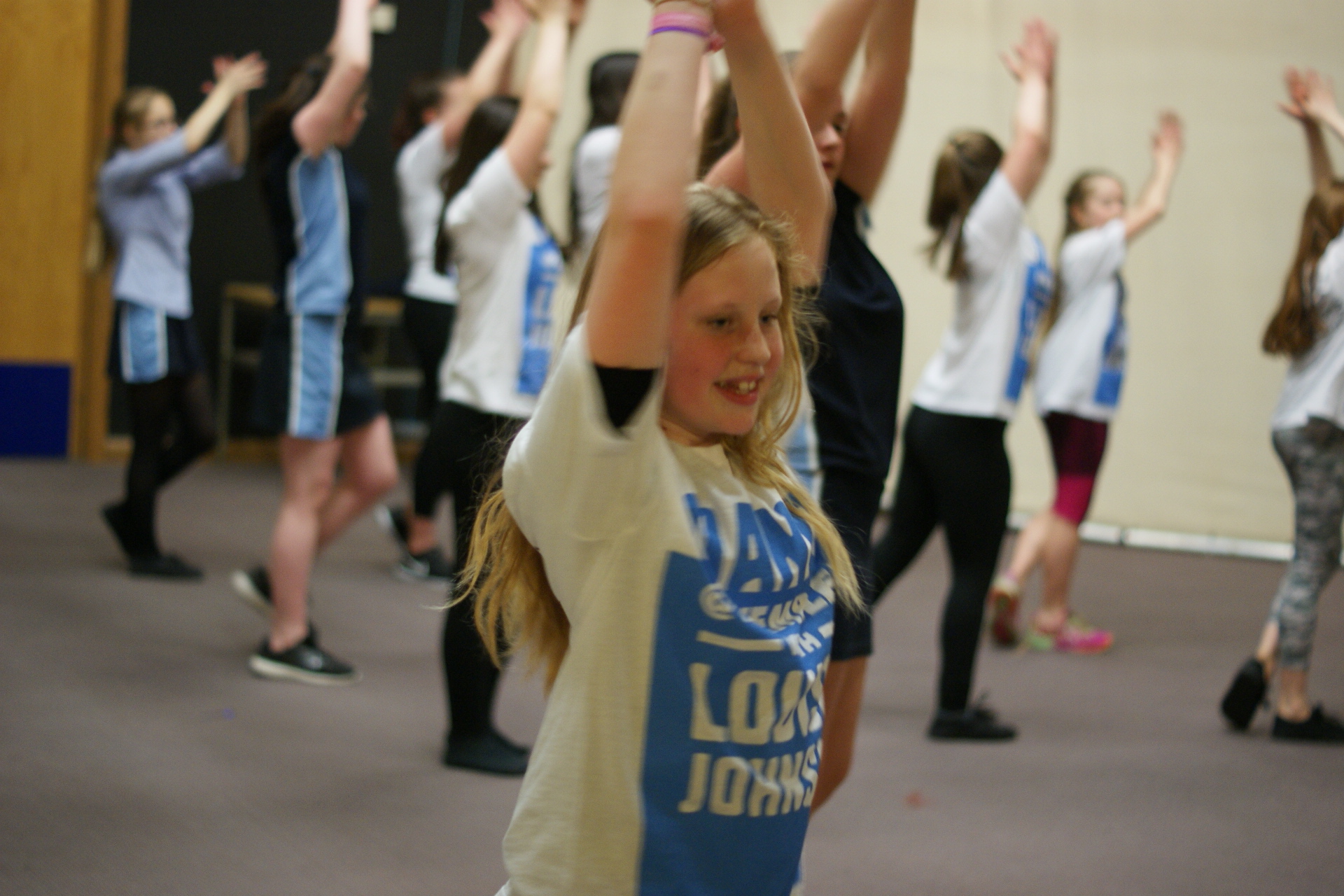 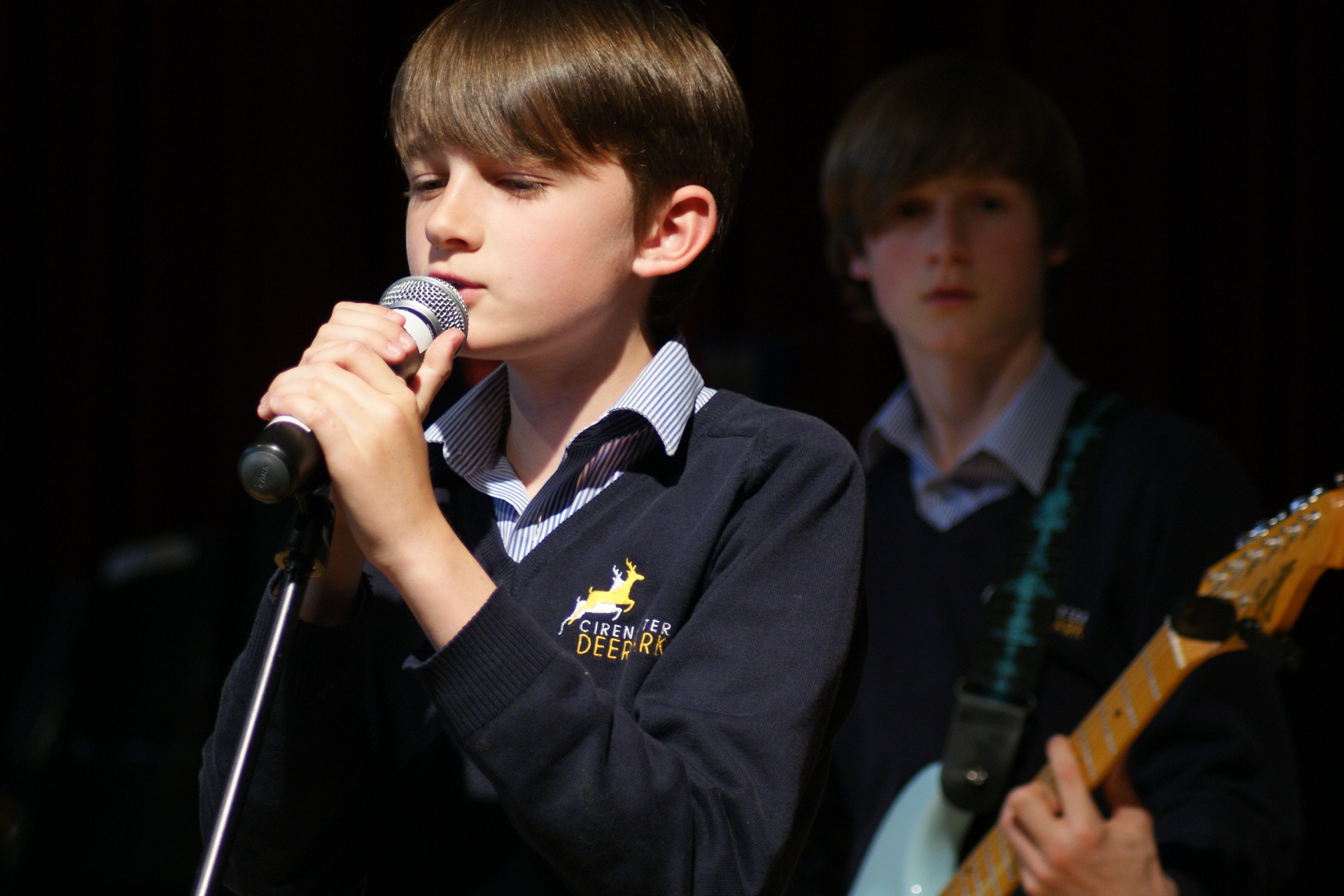 Head of Expressive Arts, Miss Mulcahy said "Our MaDD evening was a really enjoyable event celebrating the arts and the extremely enthusiastic pupils at Deer Park. There was a rich variety of acts, all such a very high quality. From Year 7 pupils who were performing for the first time at a large event, to the very impressive, refined Year 11 performers. I think pupils really enjoyed seeing what others were showing, but also I think they liked that they were able to perform 3 times!"

Thank you all who attended the MaDD Evening. We hope you will join us for our next events:

Jenna, one of our Year 8 BBC News School Reporters, was in the audience at the MaDD Evening and shares her experiences of the two strands she saw.

First, we have come to a world of amps, instruments and music. The atmosphere is very loud but almost in a way that makes music what music is about. As the lights dim on the first act, a band of Year 8s playing their version of 'Castle on the Hill' by Ed Sheeran, the audience rustle in their seats like a ghost turning in its grave. The chatter rises and suddenly falls to a hollow silence. Just as the sun rises on the morning dew so do the lights on the stage. As the piano starts to play, you could feel the excitement of the audience holding their breath just to wait for what was going to happen next. As the chatter and bustle on the stage comes to a halt, the lights rise up just like before.

The dance performances were so peaceful and appetising that you just knew what was going to come next. The movements were well-rehearsed and tranquil like the motion of a still but silent sea, all you could hear was the booming beats of the music. The music was so well chosen to fit the dance it was like the right cut out for a puzzle piece. After all the waiting and siting and just staring at those talented musicians, it was so refreshing to see some movement on the floor. Different styles come and go like clouds go by on the single summer days fresh as bright as a blooming daisy. My favourite piece however was the jazz piece that Dan, Olly and Mia performed, 'Good Mornin''.