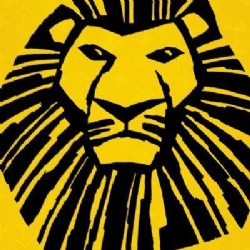 This was a very popular trip - places were snapped up within days of it being announced. Many pupils were excited about seeing one of their favourite childhood films come to life on the stage. Oliver in Year 11 said "It was a great experience going to London to see a show. It is so different to local performances. I watched the Lion King film when I was younger, so was really looking forward to seeing the stage version."

The Lion King musical is based on the 1994 Disney animated film of the same name, with music by Elton John. Miss Mulcahy, Head of Expressive Arts,  who led the trip said "It was lovely to see sixty Deer Park pupils spread out across the Royal Circle smiling and singing along to some of the well-known songs. I’m sure they enjoyed it and they were a credit to our school whilst in London."

The musical involved actors in amazing animal costumes, as well as giant, hollow puppets moving to create incredibly realistic animal characters. Music teacher Miss Faux said "My favourite character is Pumbaa - the costume was fantastic and the actor playing this part was hilarious, he had great comic timing. I loved the song ‘Hakuna Matata', once again it was hilarious!"

The Lion King musical is performed at the Lyceum Theatre in London, and is now in its 18th year there. Amy in Year 10 said "I absolutely loved the show. I have never seen the Lion King before and I enjoyed it more than I expected because we had great seats!"

The trip gave our pupils a great opportunity to experience live musical theatre, a requirement of the GCSE Music specification.  Pupils were able to consider how music can help tell a story whilst creating an effective atmosphere.

The only question on everyone’s mind now is, what shall we see next year?