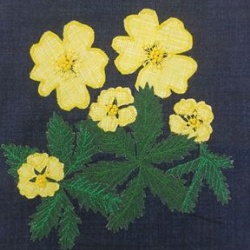 Textiles teacher Laura Cato has been involved in the creation of a quilted wall hanging for the Abbey 900 Cirencester project.

2017 sees the 900th anniversary of the founding of the Augustinian Abbey of St Mary, in Cirencester, by King Henry 1 in 1117, which marked the beginning of the cultural and economic success of the town, which continues today.

The wall hanging has been a collaborative project between five local schools: Chesterton, Cirencester, Powell's and North Cerney Primary Schools and Deer Park School. The design is based on an artist’s impression of the Abbey with a particular emphasis on the arched windows. It features a selection of medicinal herbs which were used in the Abbey in that era. In the 12th century, the Abbott Alexander Neckam (also spelled Necham or Nequam) wrote an illustrated manuscript detailing the use of herbs grown in the abbey grounds to cure illness. Four original manuscripts from Cirencester Abbey, including this one, are temporarily on display in the Corinium Museum (until 21 May), on loan from the Bodleian Library and Jesus College Oxford.

Each school was given two arched panels on which to display two different herbs. The schools chose how to applique their designs and the completed panels were put together into one quilted wall hanging, again in the shape of an arched window. 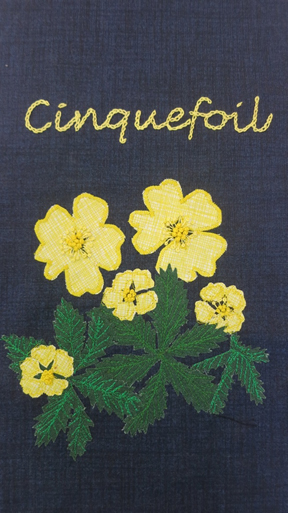 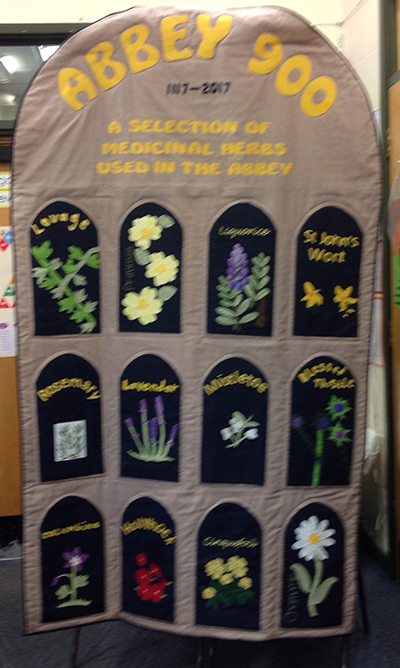 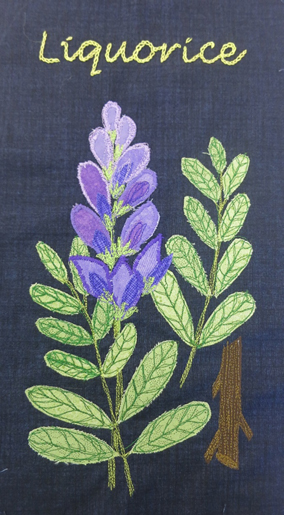 It was a real pleasure to use my textiles skills to design and manufacture 2 panels (liquorice and cinquefoil) for the Abbey 900 quilt. Despite teaching GCSE pupils how to do applique and freehand machine embroidery, I do not often get the opportunity to practise myself, so it was a lovely challenge. The primary school pupils who completed the other panels also enjoyed seeing what someone with a little more experience could produce!

The Abbey 900 festival opened with a tree planting in the Abbey Grounds on Wednesday 22 February, followed by a service by Bishop Rachel in the Parish Church. The quilt will be touring all the schools involved and will be on display for many years to come, so everyone will get a chance to see that textile art is alive and well in Cirencester.