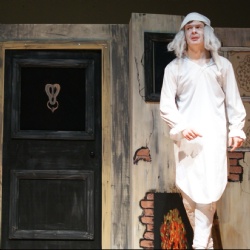 English Faculty in Focus got underway this week with a visit from a leading Theatre in Education company.

This was the third consecutive visit by Ginificent Productions (formerly tinyGiants) to Deer Park and once again they performed their adaptation of Dickens’ classic ‘A Christmas Carol’. Year 8 pupils, who have been studying the novella in their English lessons, were captivated by the way all the characters were vividly brought to life by just three actors. The performance was followed by a fascinating Question and Answer session with the actors. Liam Scott, director and lead actor, praised our pupils for their exceptionally thoughtful questioning. 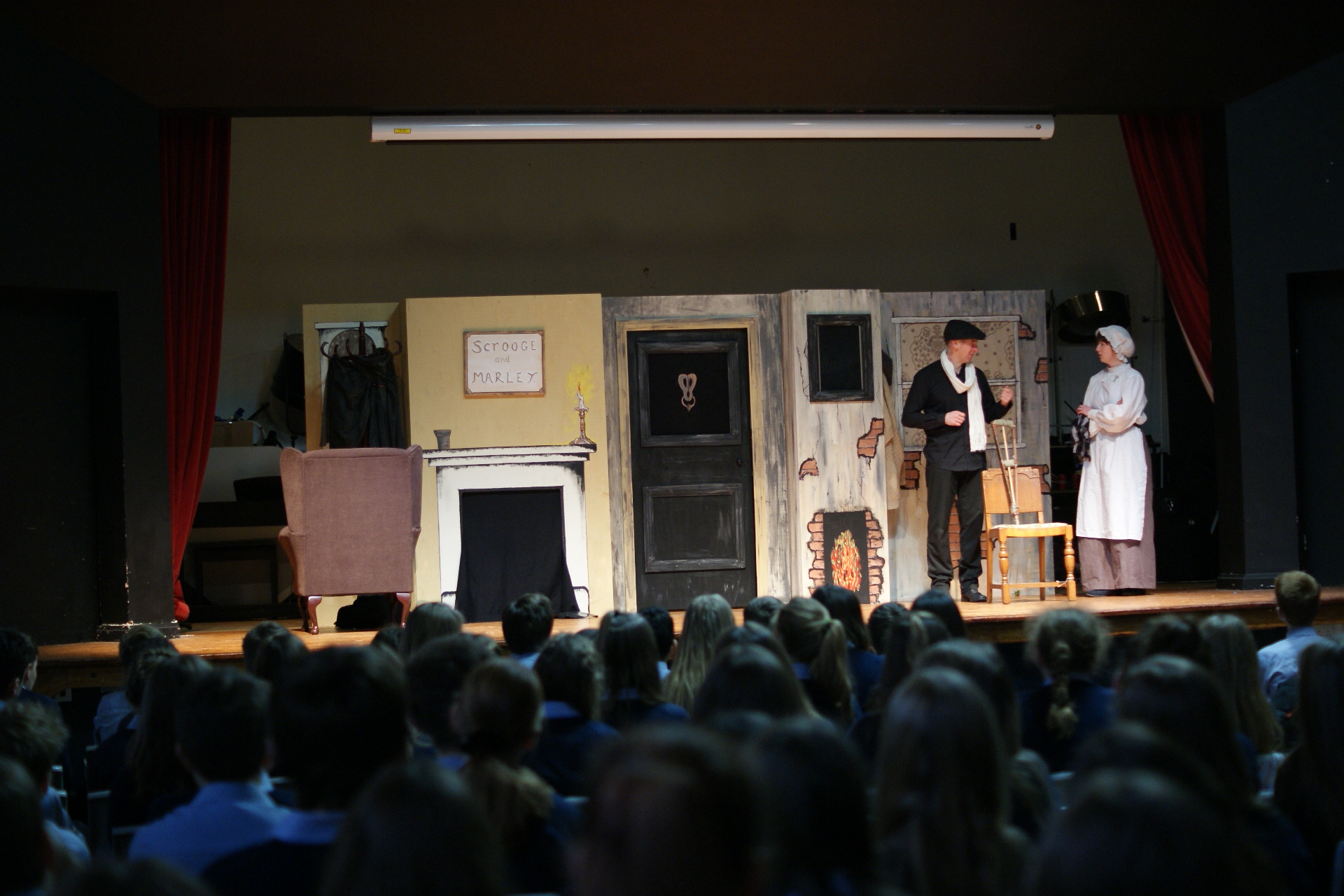 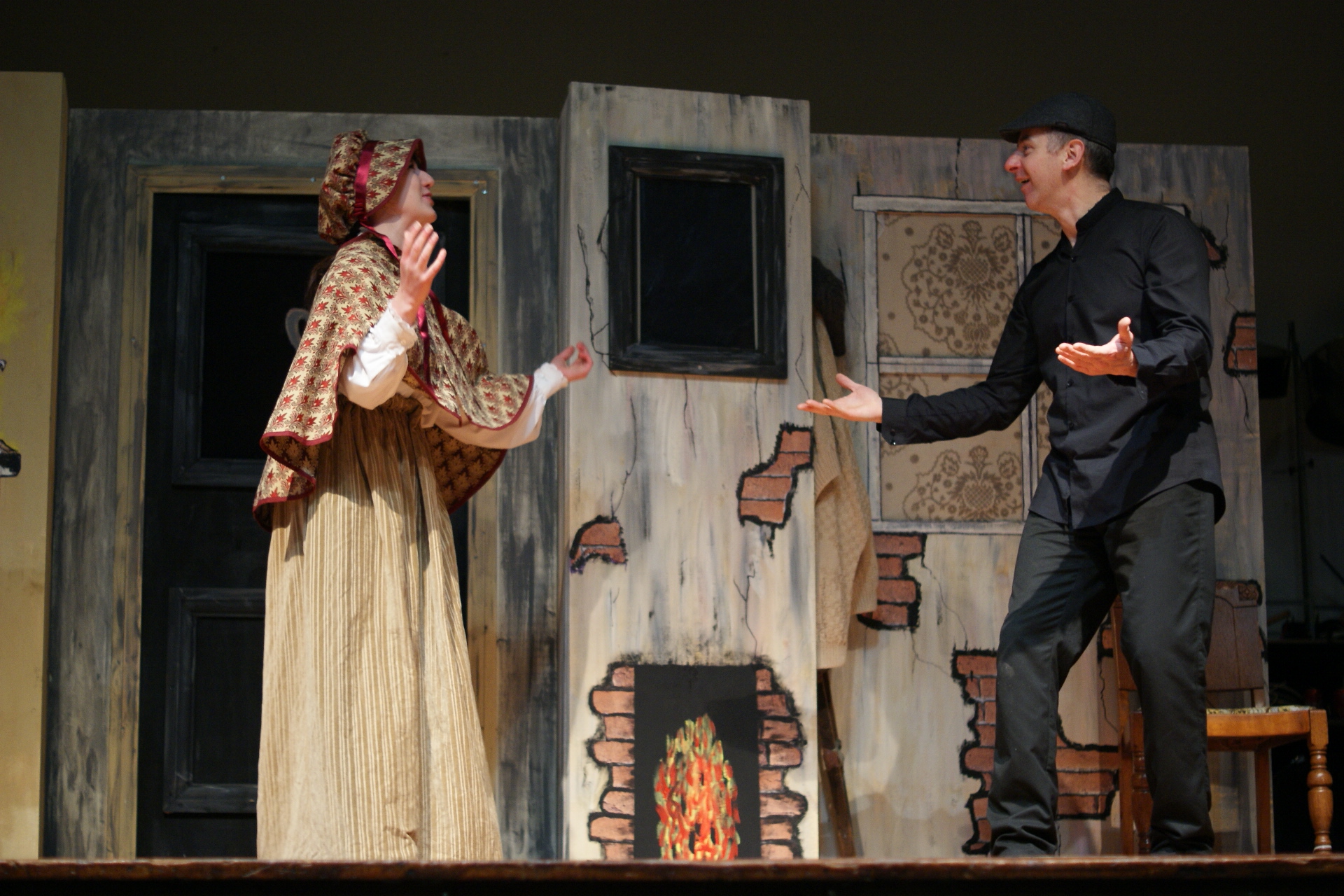 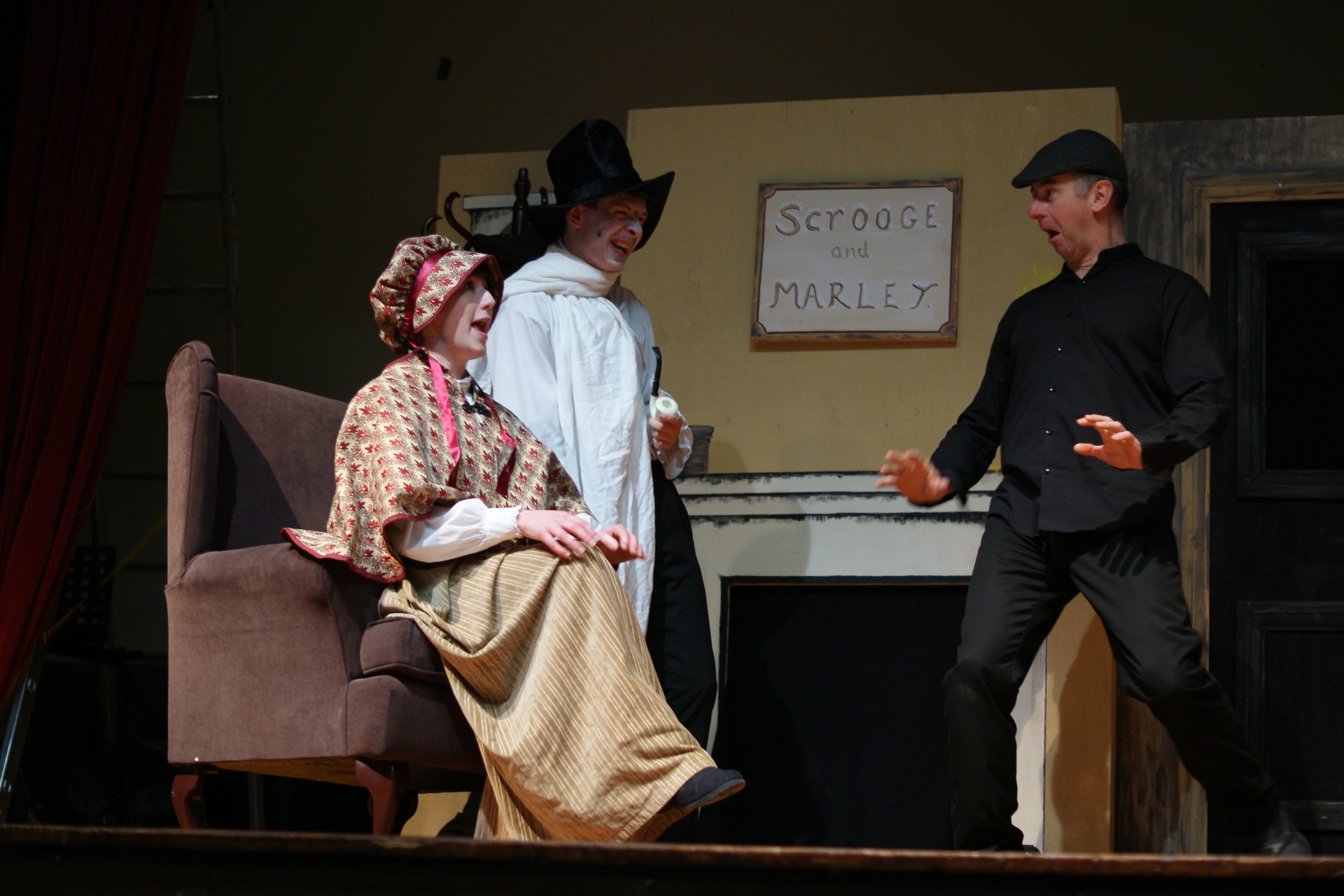 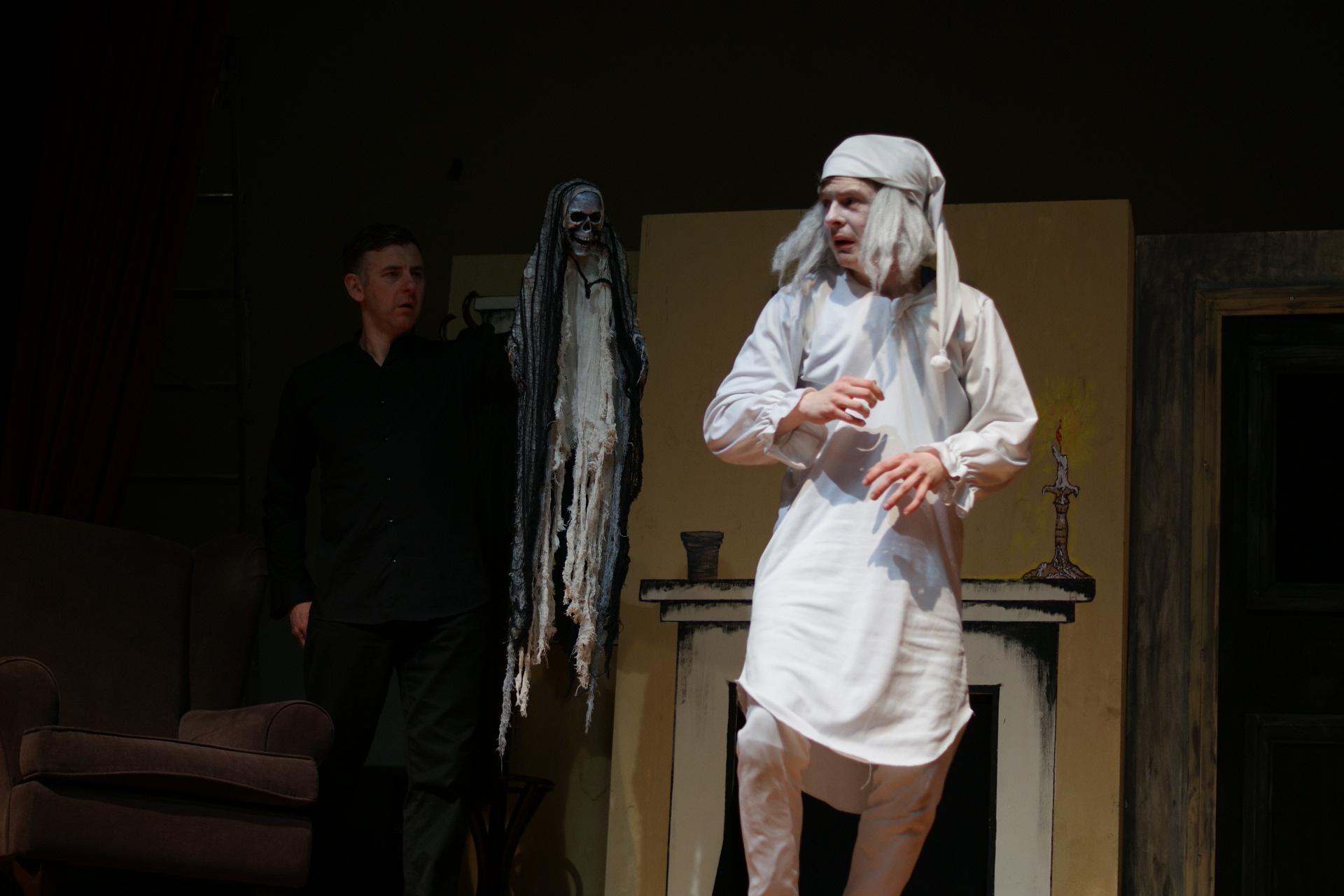 The English faculty are already looking forward to Tiny Giants next visit in February 2017 when they will be performing ‘Dr Jekyll and Mr Hyde’ for Year 11.

Here is what some of our Year 8 pupils said:

‘Filled with emotion and action, it was a great experience considering there were only 3 actors and it took 7 days to practise.’ Rose

‘Lovely performance, great props and excellent actors. It made my day!’ Daniel

‘Well-acted, filled with joy and sadness at the same time. The actors delivered a clear message to the audience’ Amelia

‘It made the Dickens Christmas Carol come alive. The director had picked all the best parts to show us and used a narrator to make the story make sense’ Tanwen 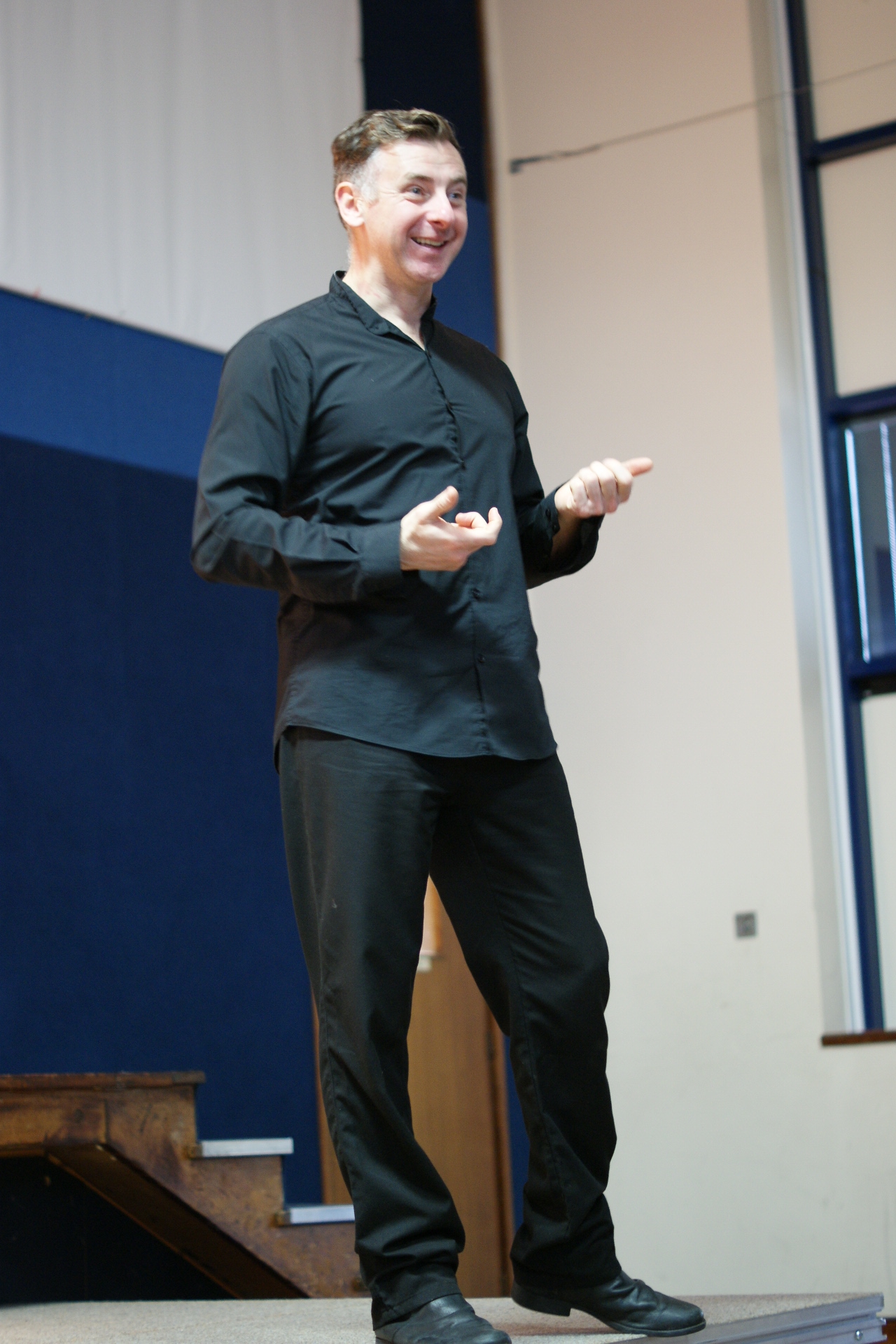 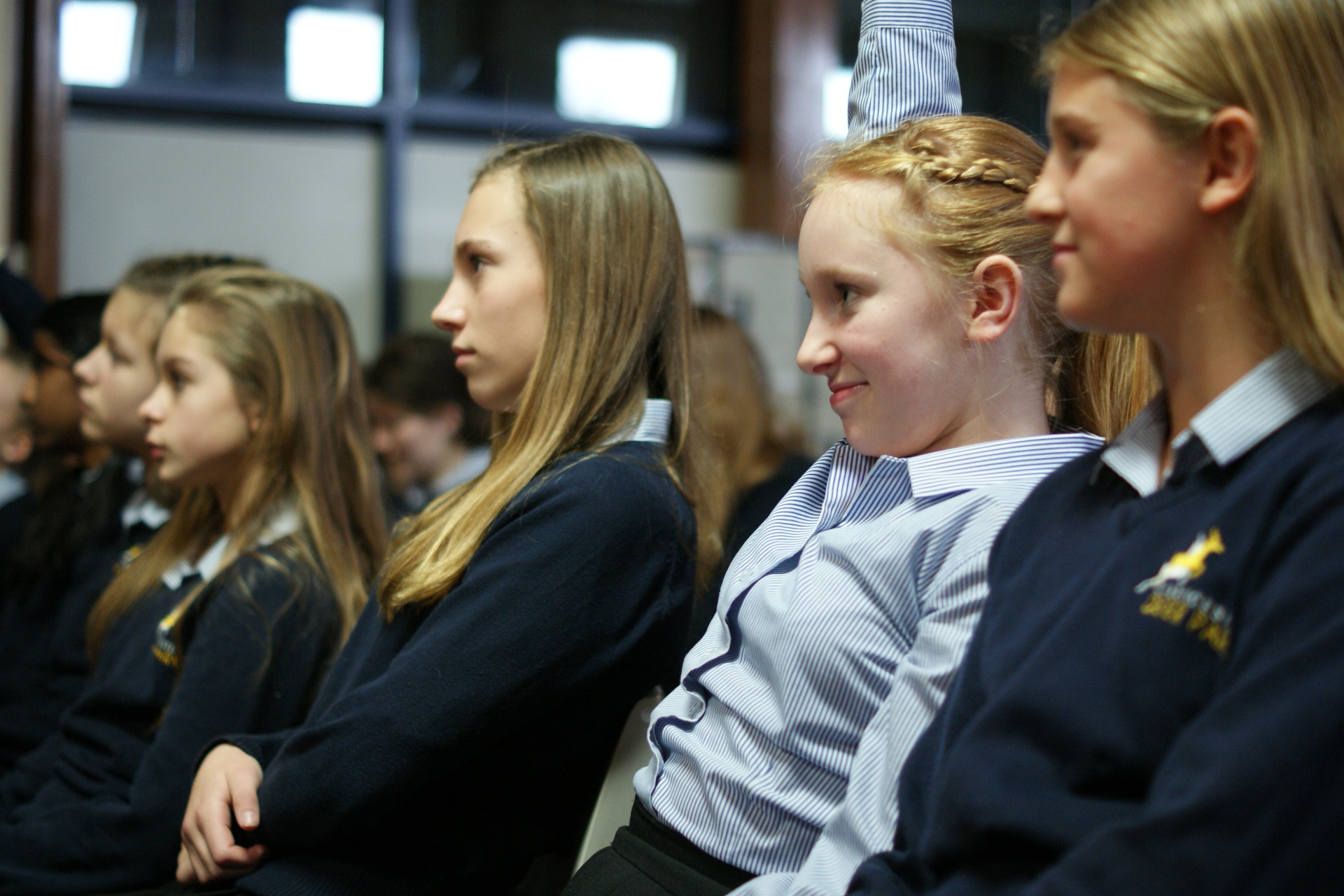 The English team are looking forward to their ‘Guess the Literary Character’ competition to be held on Tuesday 29 November. Staff across the school will be wearing badges featuring a book cover and quotation. Pupils will be invited to enter as individuals or teams to identify the name of each character. See the winners’ names next week…