Year 10 cohort treated to a performance  of ‘Don’t Panic! It's Challenge Anneka’ by On the Button Theatre.

The Cirencester Deer Park School Drama department, working with our PSHEe leader, organised the visit of the theatre company and their performance, based on the 1990s TV show Challenge Anneka. The show, inspired by real life stories, tells the story of a young teacher trying to cope with increasing stress and anxiety. Anxiety is a very topical issue, especially amongst young people. Don’t Panic! It's Challenge Anneka deals with how different pressures are put upon people and the effects that this has. The subject content and the high quality performance made it perfect for both the Year 10 PSHEe module on Mental Health and our GCSE Drama pupils.

"The performers showed us how anxiety shows itself in different ways to different people. It taught me how to understand certain feelings." Year 10 pupil

"The show gave us different solutions on how to deal with anxiety. It also told us the best people to contact when you most need the help." Year 10 pupil

Pupils commented on how much they enjoyed the performance, which was also cut in with humour and moments of lightness to review the tension of the main story. For the adults, there was an extra surprise with the real Anneka Rice making a video appearance as part of the show.

In September 2016 a mental health survey (read more...) was published, revealing the pressure on young people. In PSHEe our pupils have been covering a unit on mental health so the drama piece reinforced the work being covered in lessons.  It is important that we equip pupils with the ability to recognise symptoms of anxiety and strategies to deal with it. There are many organisations that can provide additional advice/support including the charity YoungMinds.

The GCSE Drama pupils also took part in an hour’s professional workshop with the cast on devising techniques. 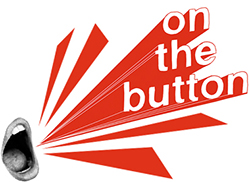 On the Button, formerly Le Mot Juste, have a long relationship with Deer Park Drama. The performers trained at the Ecole Internationale de Théâtre Jacques Lecoq in Paris - one of the best in the profession - and have previously brought other performances to the school. This particular show won a four star review at the Edinburgh Festival.