On Monday 10 October 2016 we were delighted to welcome former pupil and three times Olympic gold medallist, Pete Reed, back to Deer Park.

Pete popped in while he was in the area to speak to Headteacher, Chiquita Henson about our forthcoming events.

It was lovely to meet up with Peter again and congratulate him on his achievement of a third gold medal at the Rio Olympics and I am extremely grateful to him for giving us some of his precious time to talk to some of our pupils and respond to their questions. He was a true inspiration!

Pete was introduced to members of our PE faculty and joined our GCSE PE pupils who were improving their netball or rugby skills during their lessons. He was positive about their engagement in sport and encouraged them to persevere. Pete talked about his own rigorous training regime, the importance of effective teamwork and the pride he felt receiving his three gold medals which he proceeded to allow the pupils in each group to wear and pass around! 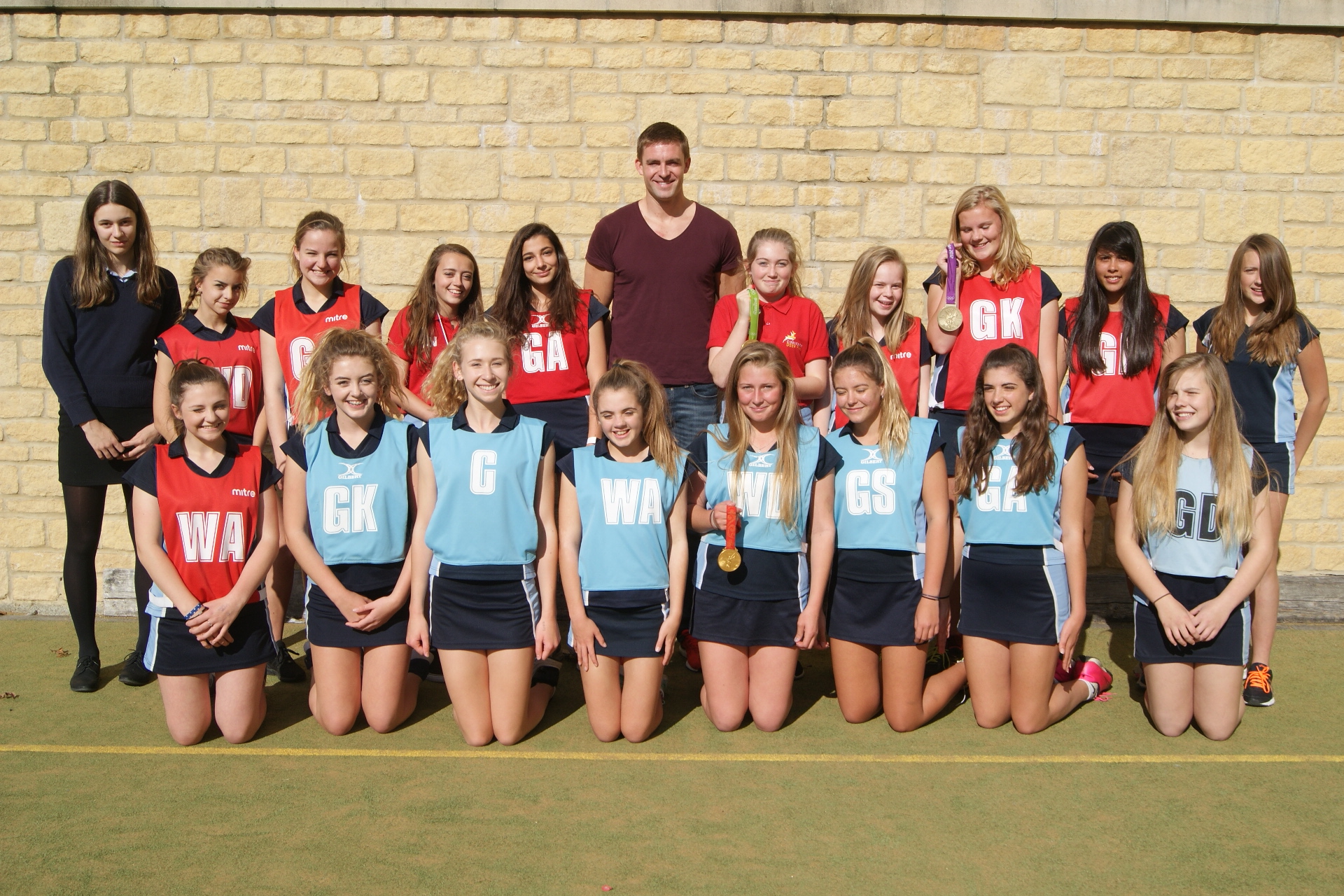 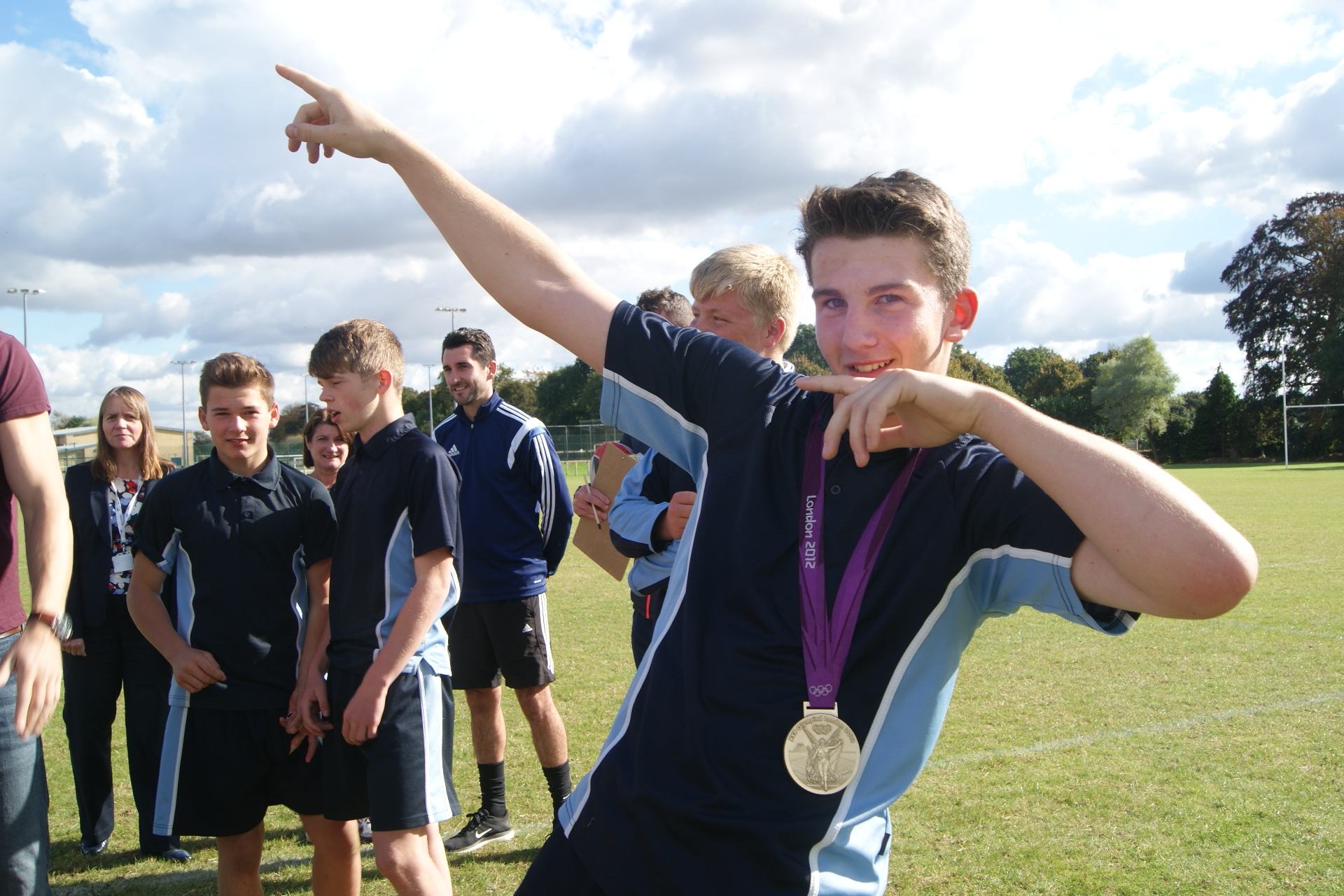 ‘It was great meeting Peter Reed. He watched us play a bit of netball  and then he talked to us about our engagement in sport. We then all had our photo taken with him and his amazing medals.’ Libby, Year 10 GSCE PE pupil

'It was really insightful to speak to a three time gold medallist at three different Olympics! He was really friendly and spoke freely with us. To actually wear one of his Olympic gold medals was daunting!’ Elliott, Year 10 GSCE PE pupil 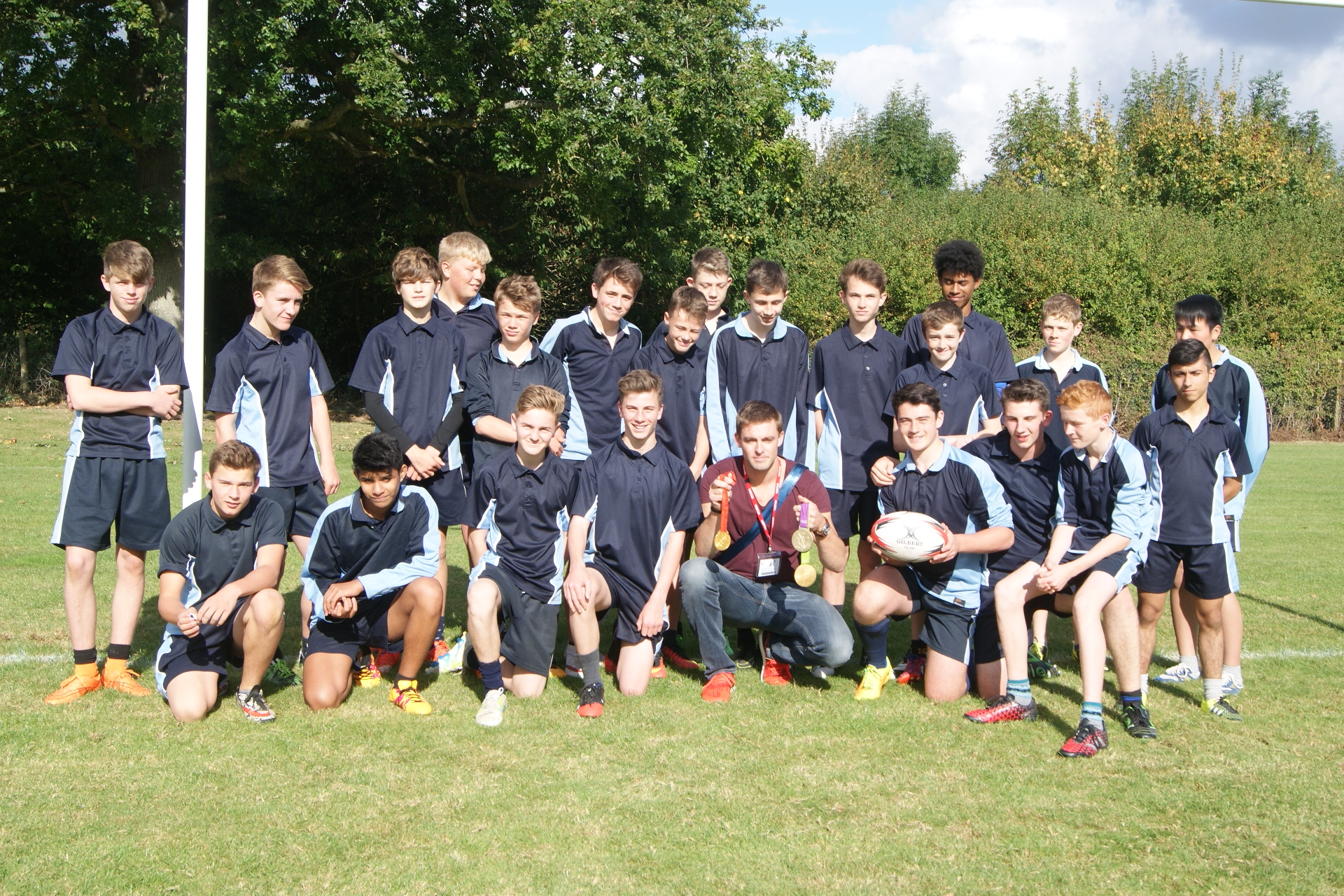 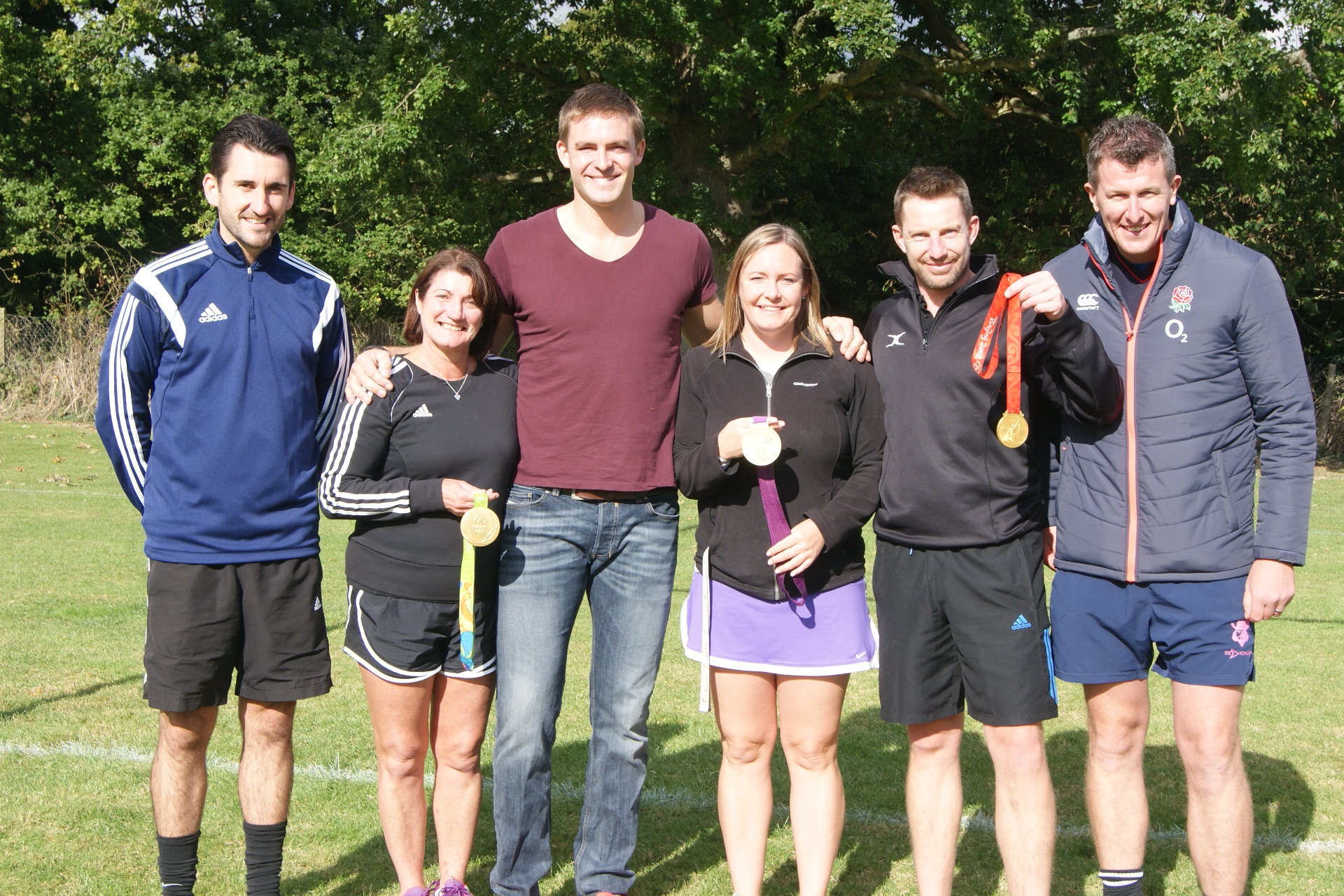 ‘It was really cool to see his medals and how he interacted with us. He even rose to the challenge of an arm wrestle and won!’ Tom, Year 10 GSCE PE pupil 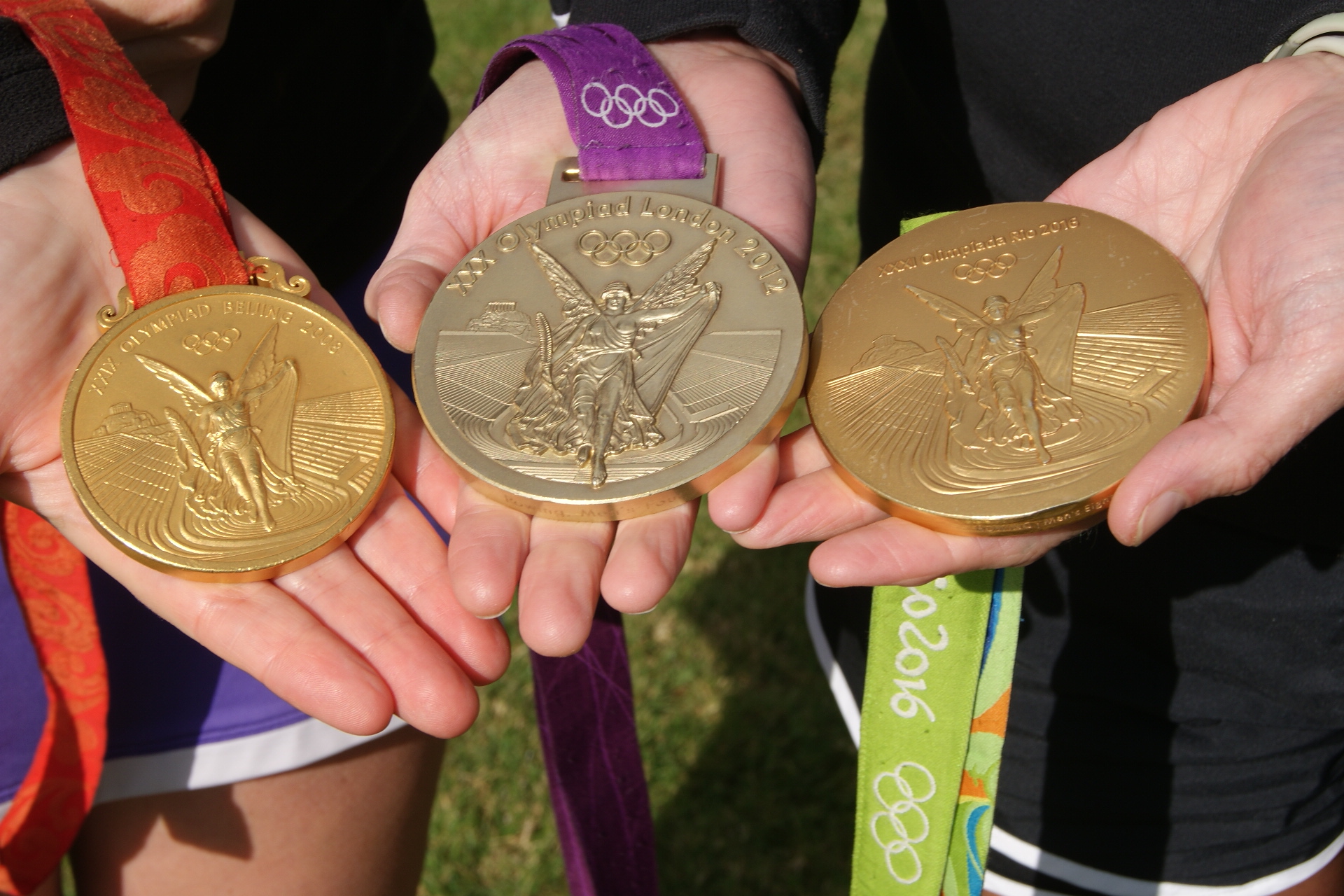 "What an inspiration to meet a true legend and three time Olympian. It was great to talk with him and discover how much hard work, determination, self-sacrifice and resilience is required to maintain such a high standard over a prolonged period of time. Pete discussed his training, diet and the technology and how these have advanced over the years. Great to have him come in an be an inspiration for our pupils." Mr Bellamy, Pastoral Team Leader

"Talk about being star struck!  An Olympic hero in our classroom - a legend and an inspiration. He made my and the GCSE PE girls' day. Huge congratulations on inspiring a nation over the last 12 years." Miss Smith, PE Teacher

"It was a fantastic honour to meet Pete Reed. Just shows what dedication and talent can achieve: 3 gold medals from 3 different Olympics. Amazing!" Mrs Hacker, Head of PE

Not only did Pete reflect on his experiences as an Olympian, he also fondly recalled his time at Deer Park. He joined a Year 8 Geography group, who were by coincidence studying Brazilian favelas, in a classroom all too familiar to him, and shared his perceptions of Rio, speaking warmly of the reception he received. The pupils were quick to ask him questions. These were varied and reflected their keen interests in him as a sportsman and individual:

Thank you for bringing Peter Reed into our class. 8B1 were so excited! It was lovely to get someone with first-hand experience to talk to the class about Rio. What a great experience for them!

We are very proud of Pete’s achievements and wish him all the very best in the future.