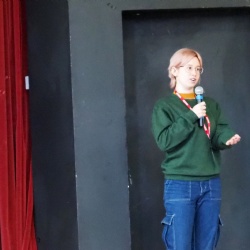 On Monday 10 October 2022, Year 11s began their week with an extended assembly led by Amber Barrow of The Collective Futures Project. Amber’s work with Year 11 is linked to the work we have been doing with pupils on culture, particularly on society’s use of language and it's impact, in particular on girls and women.

The topics covered by Amber included navigating gendered dynamics, language, complicity and accountability and anti-sexism. The aims of the session were to encourage collaboration and learning, open up ideas, consider community accountability and challenge some of the dynamics around gender which are ingrained in certain aspects of society. 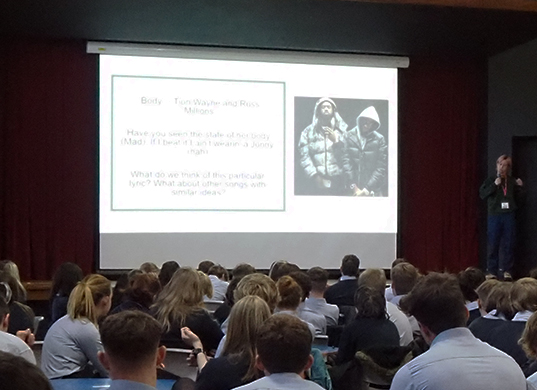 "Amber's presentation made me think about the words I have been using. It was really interesting to see how we use the words and what they actually mean when you stop and think." Year 11 female pupil 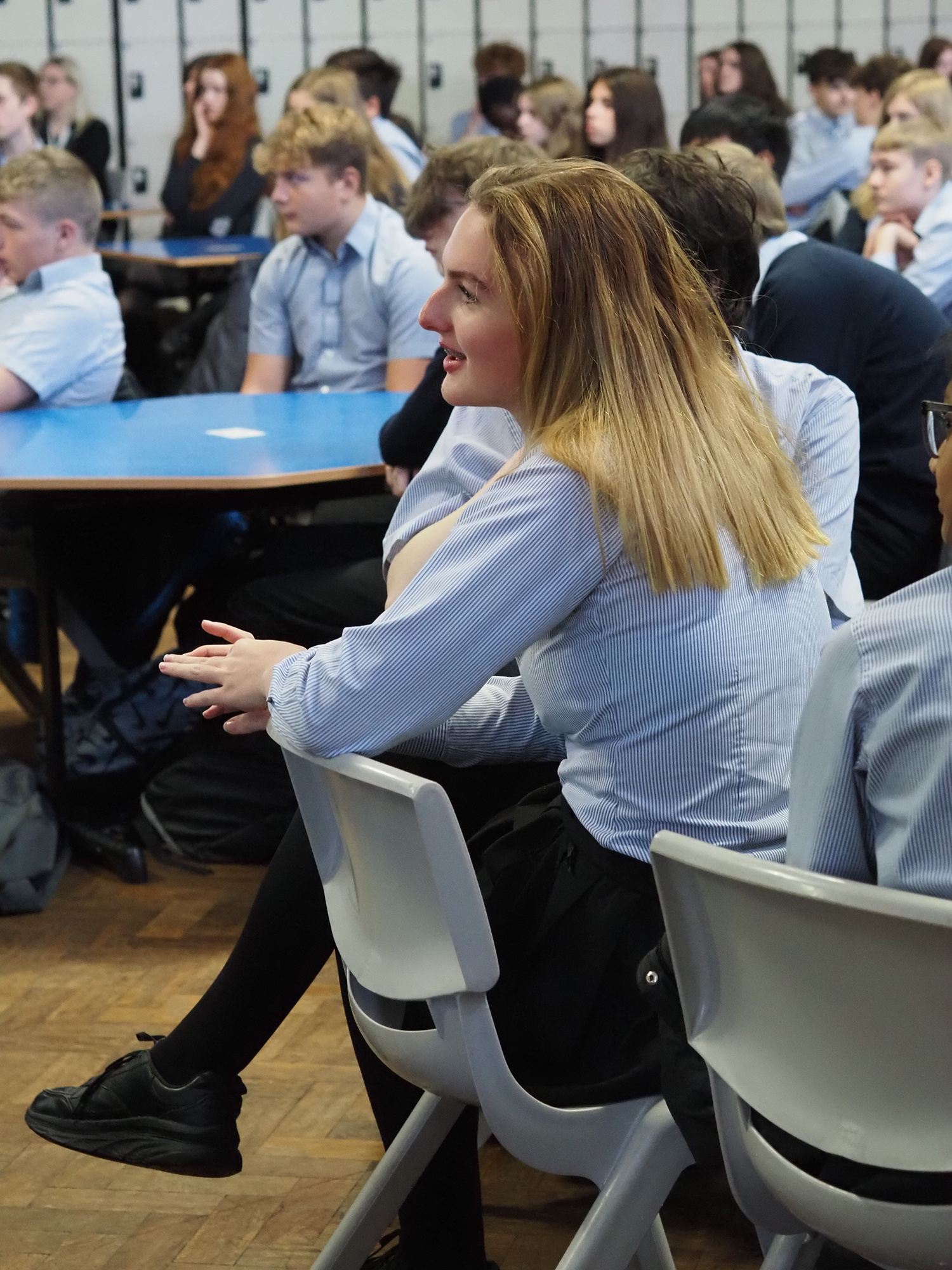 "I like the way she presented the information. I didn't feel as though she was blaming anyone. In fact, she admitted that she herself used the same words. She wasn't asking us to act in a certain way but just think about what we say and how we say things." Year 11 male pupil

Our Year 11 pupils were very focused and listened intently to what Amber said. Amber made it clear that this was about raising awareness and reflection, rather than telling people what to think or blaming anybody, and in doing so she helped open up a dialogue amongst Year 11. It was challenging stuff and our pupils responded brilliantly.

She left Year 11 with some advice when dealing with language and behaviours which make you feel uncomfortable:

Find out more about The Collective Futures Project...