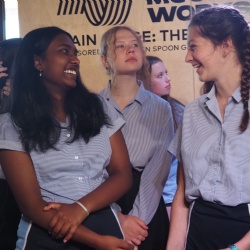 Writing and recording a song in 10 weeks

The Songwriting Project is a 10-week programme of songwriting and singing offered by our Expressive Arts Faculty since 2017, usually for Year 8s. However, in 2022 we wanted to make sure those year groups that had missed out due to Covid lockdowns had the opportunity to take part.

30 (new) Year 10s and (new) Year 11s have been working hard since Easter through the 10 weeks to write, compose and perform their own song.

The first sessions focused on song meaning and lyric writing; melodic ideas and harmonies began to emerge; and slowly the full structure of the song was established. Meanwhile, musicians in the group worked with members from The Music Works to compose the music for the song; beginning with a chord sequence, drum, bass and guitar parts and adding finishing touches to the overall texture of the song.

On Monday 11 July 2022, pupils went to The Music Works hub in Gloucester city centre. This is a state-of-the-art studio and work space which encourages a variety of music-making opportunities for young people in the local community. During their day there, our pupils recorded the band and vocal parts for their song 'We're On Our Way Up' as well as elements for the video – including running in the fountains in Kings Square (which in the middle of a heatwave was very welcome indeed).

'I loved the opportunity to record drums professionally. I learnt a lot about how live recording is done and the technical side of editing in a studio.' Gil (new Year 10) 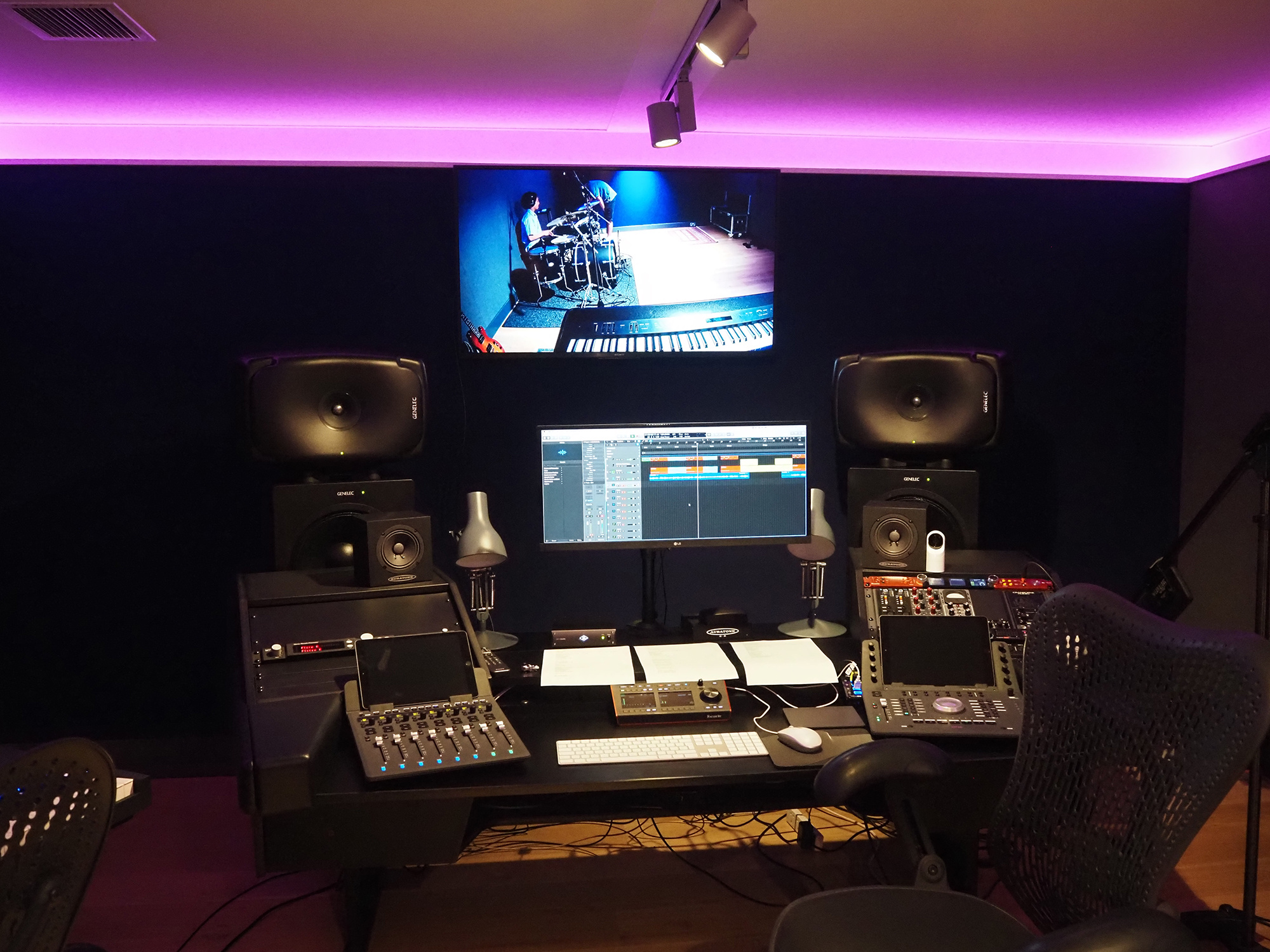 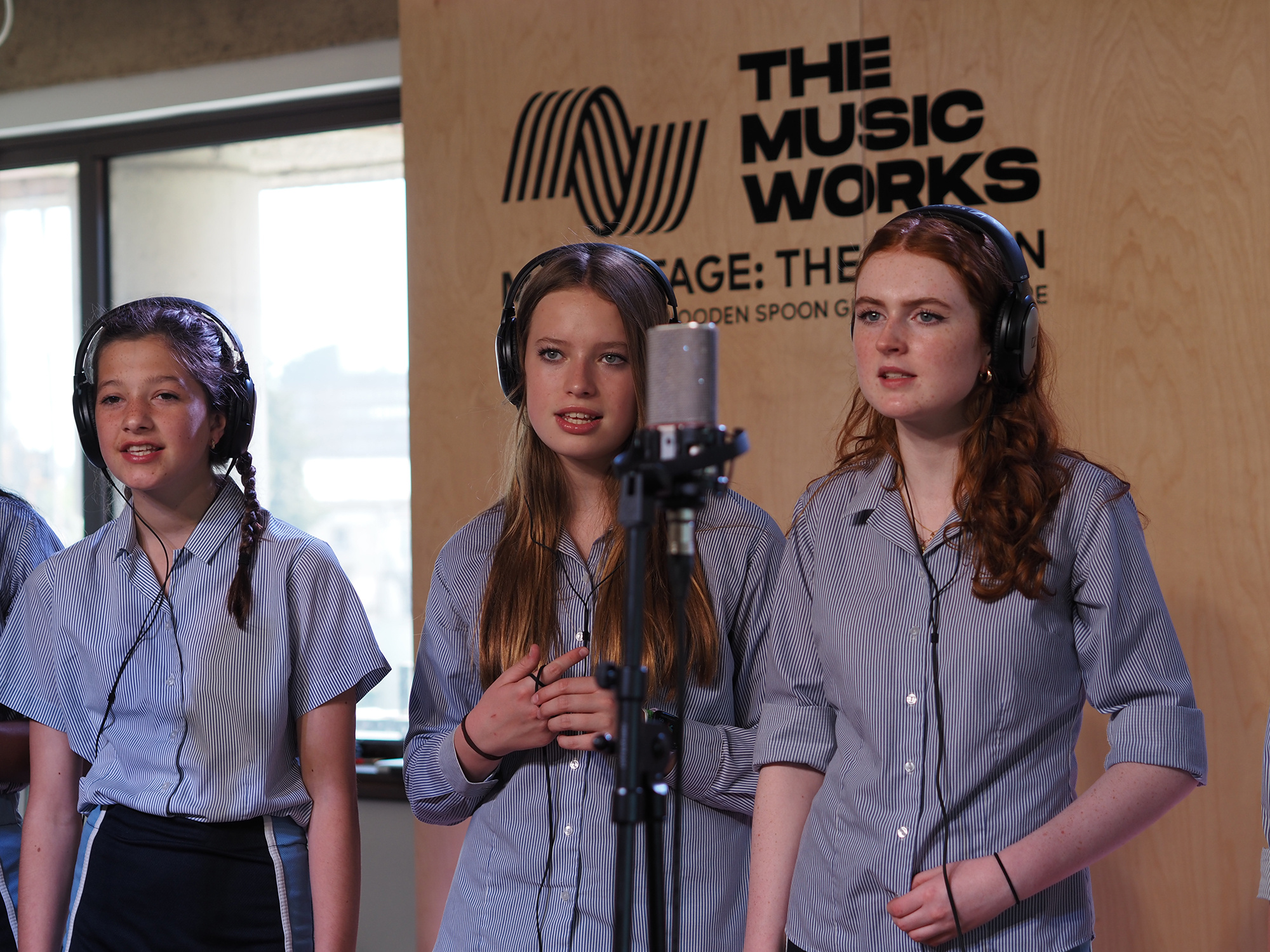 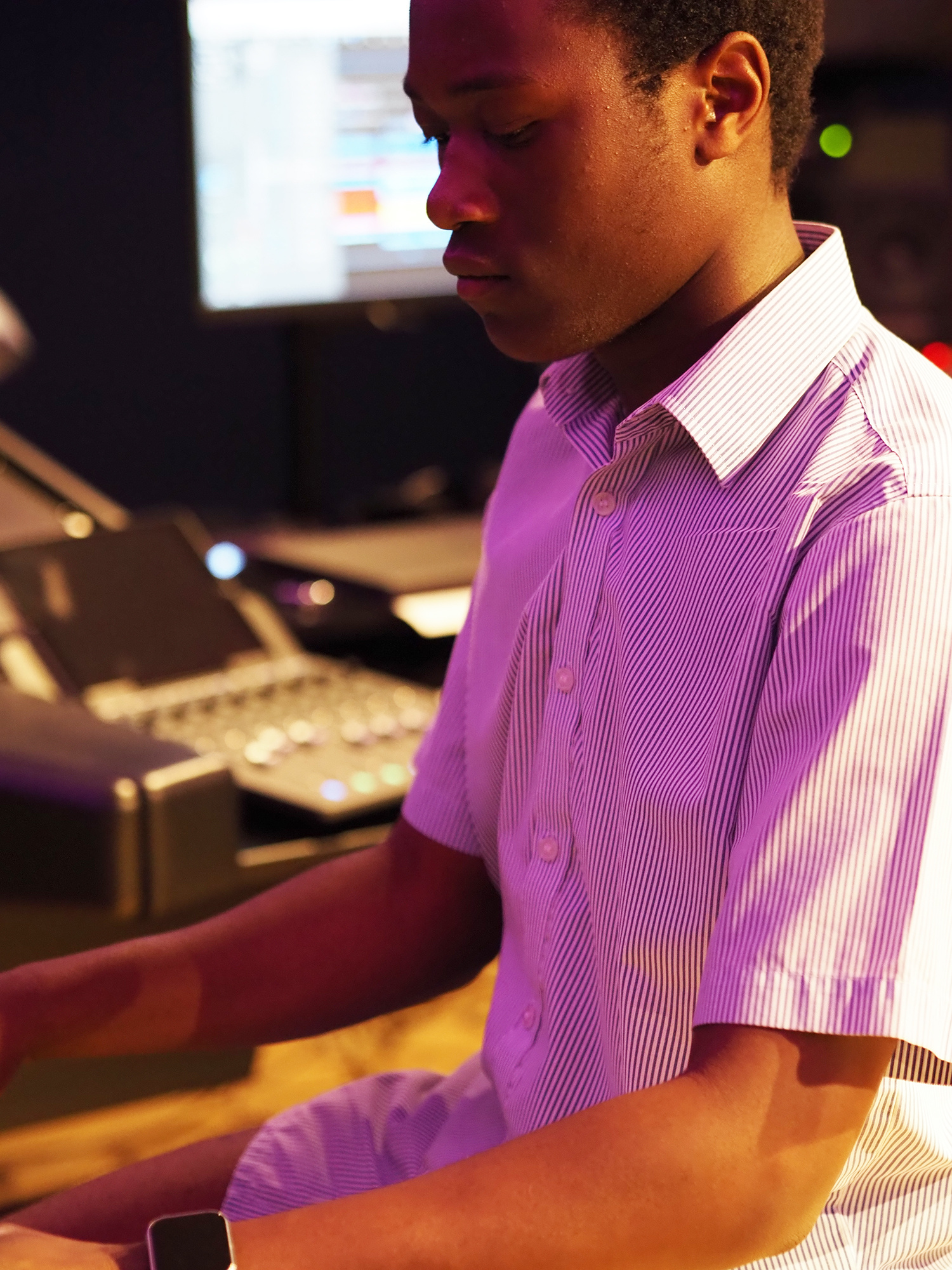 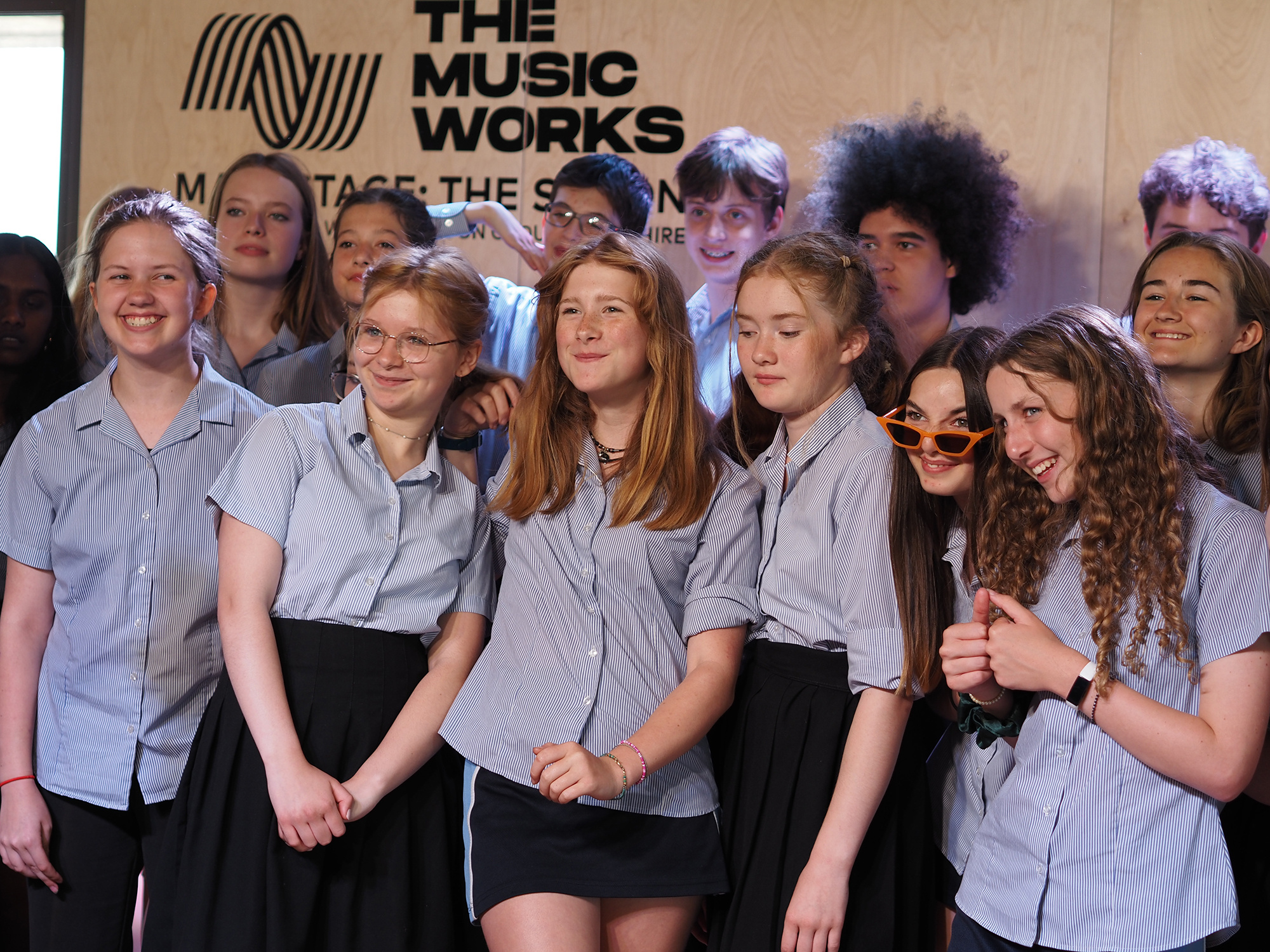 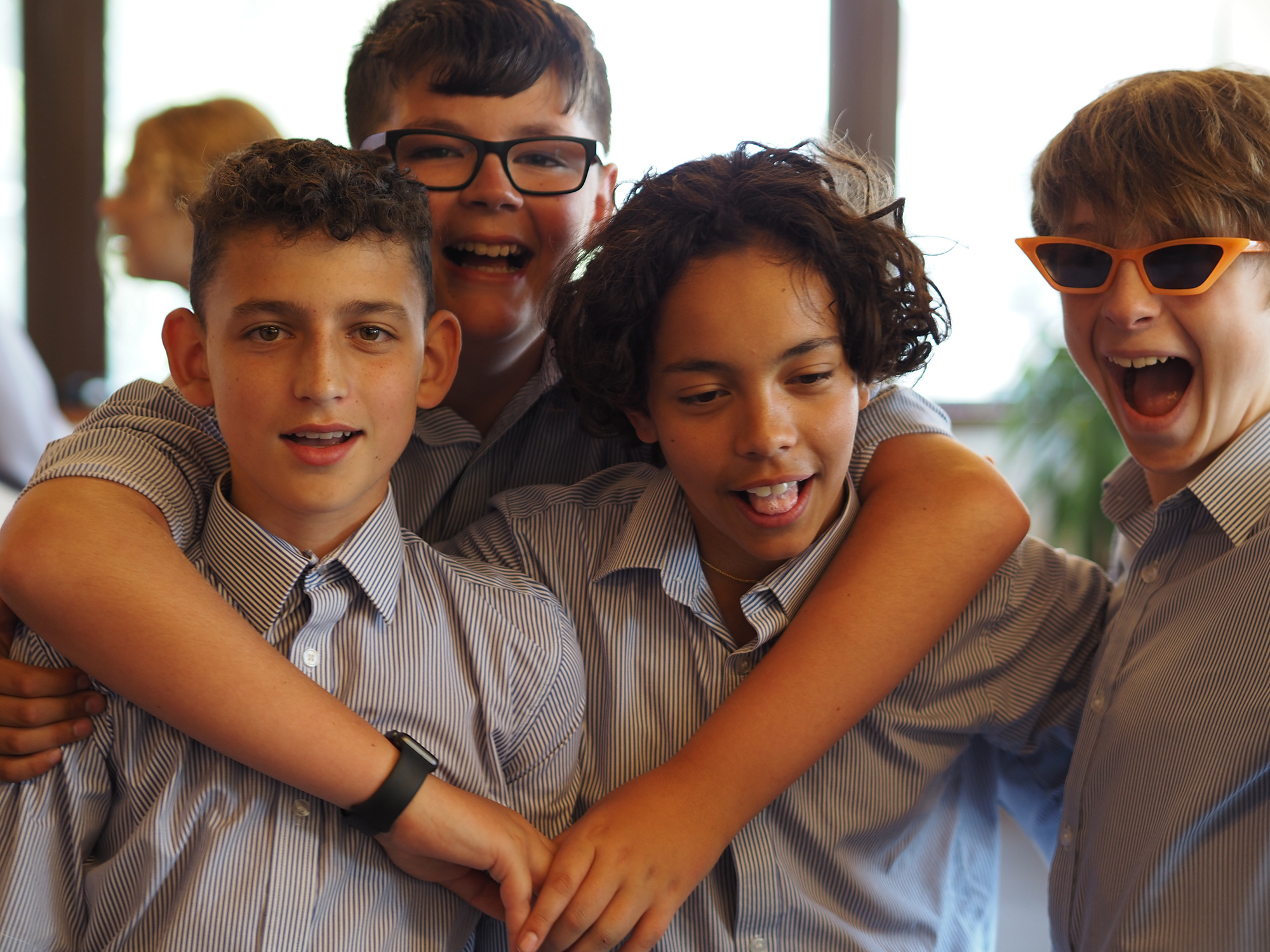 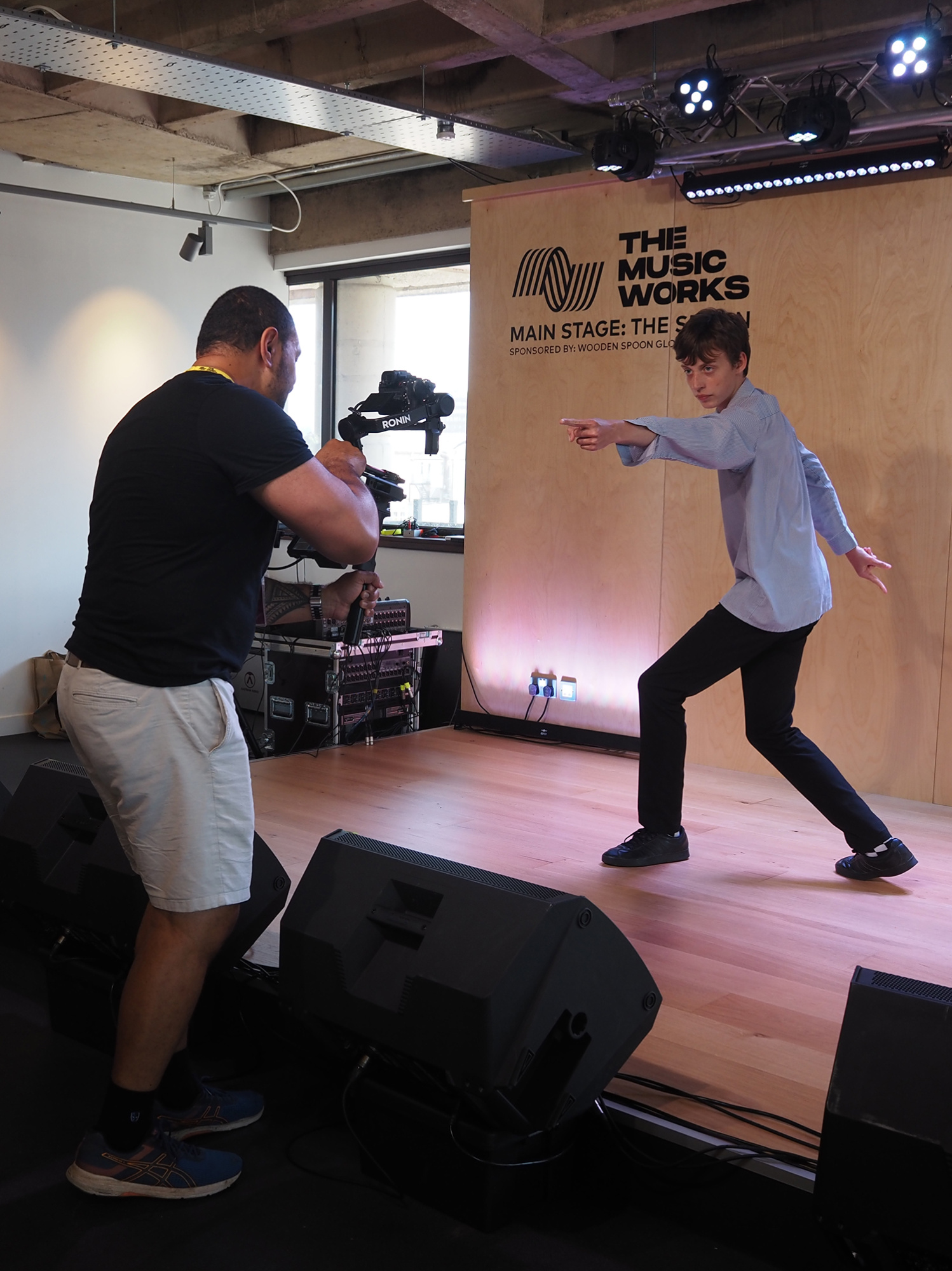 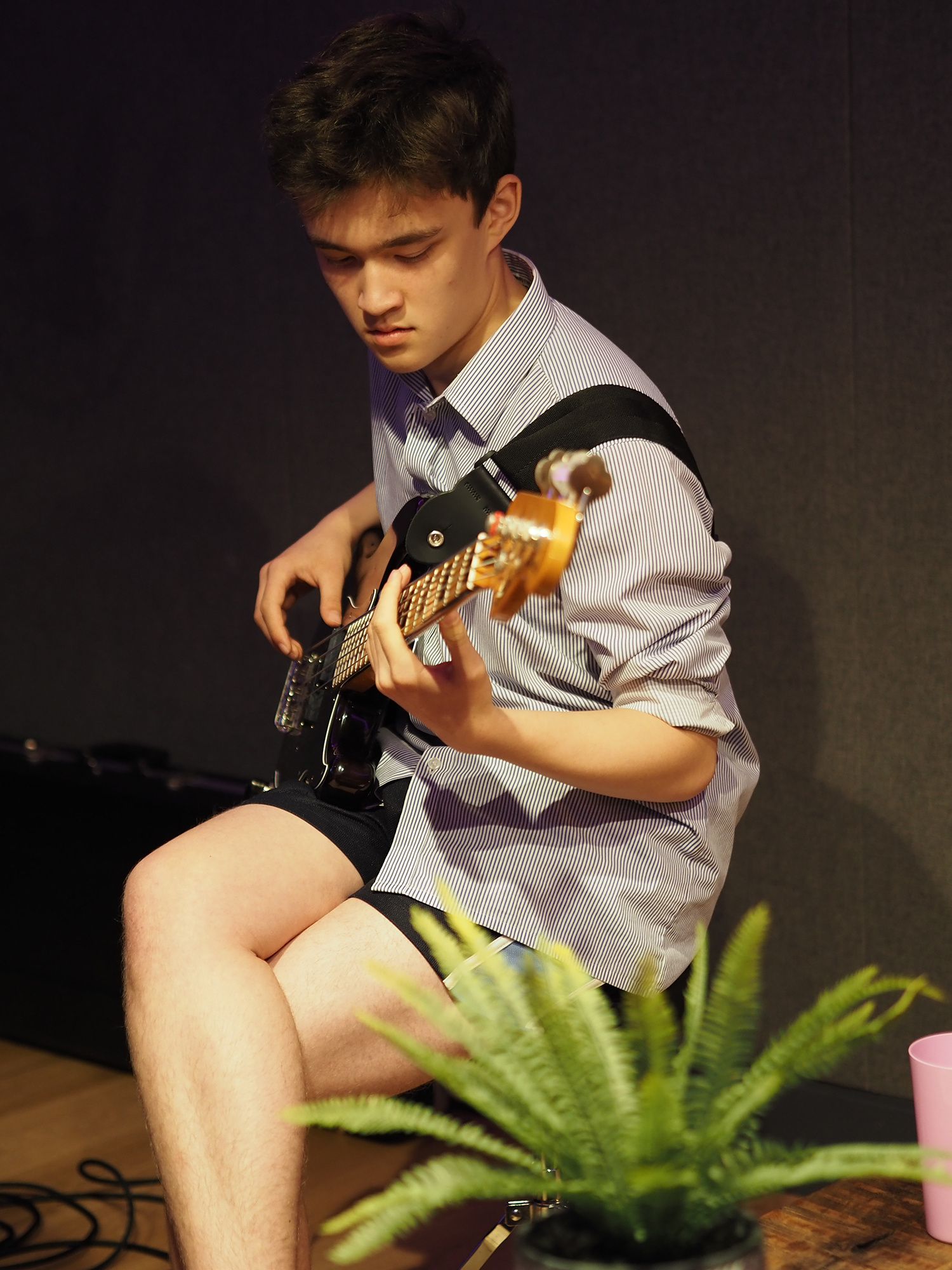 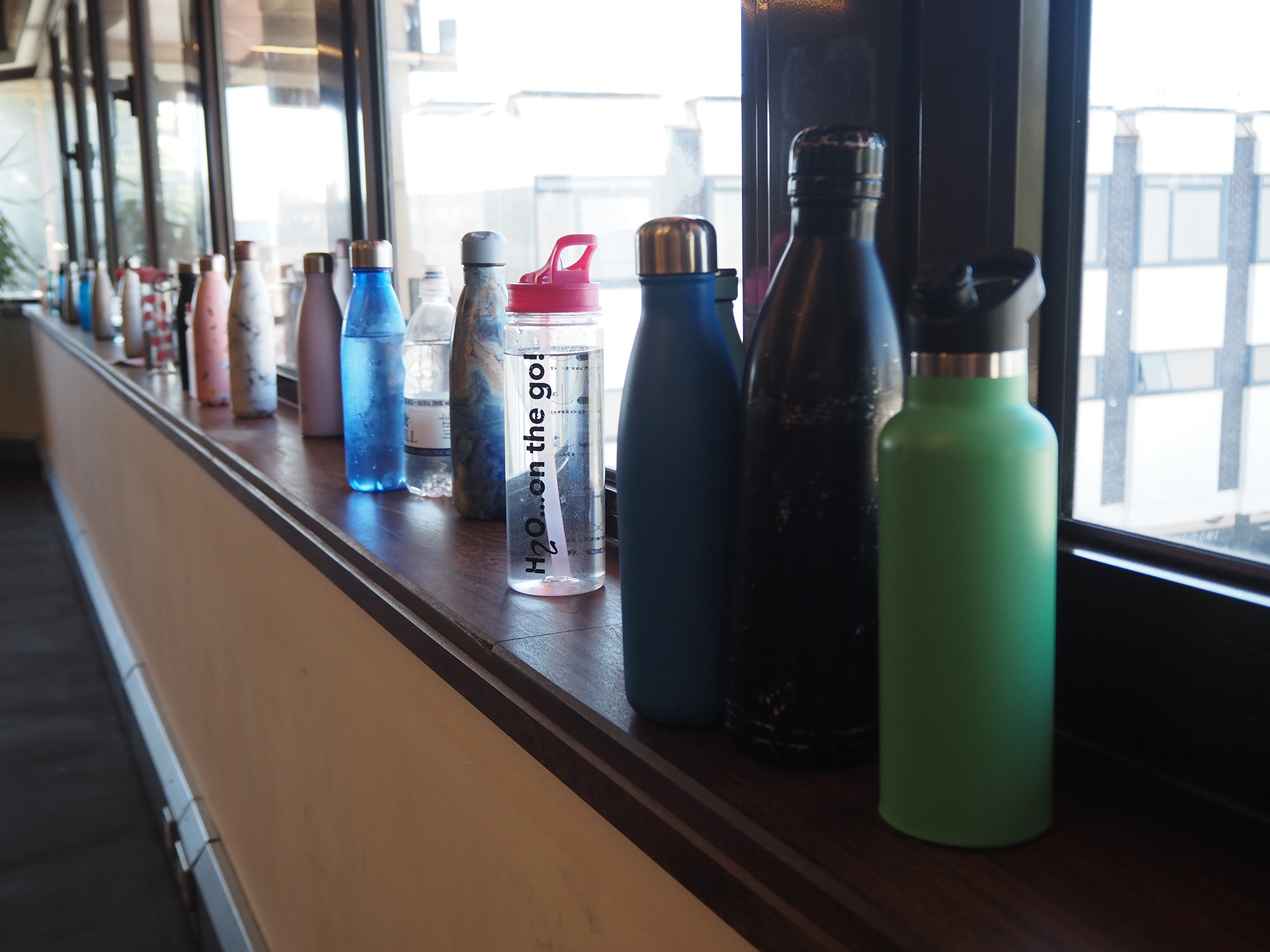 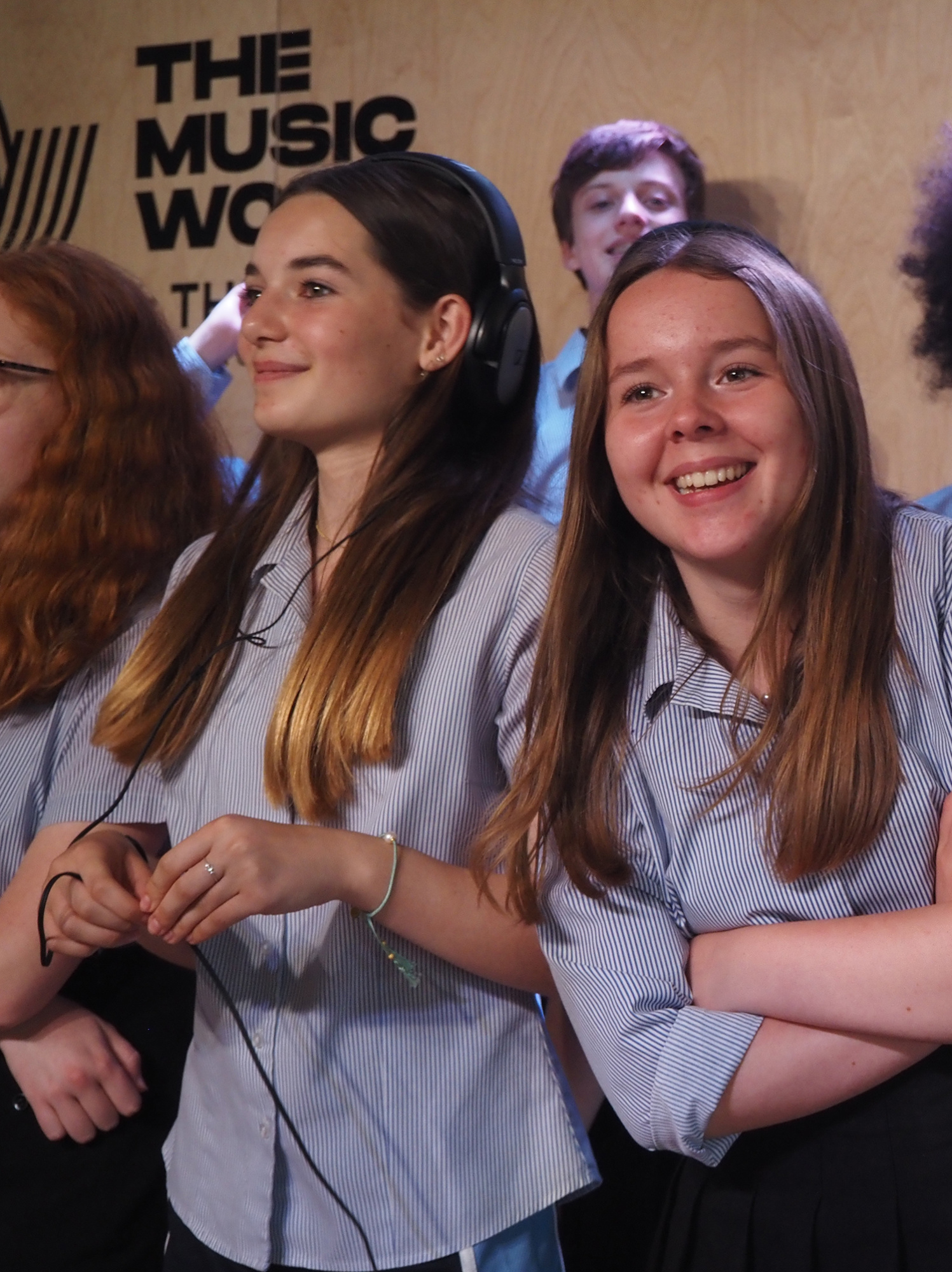 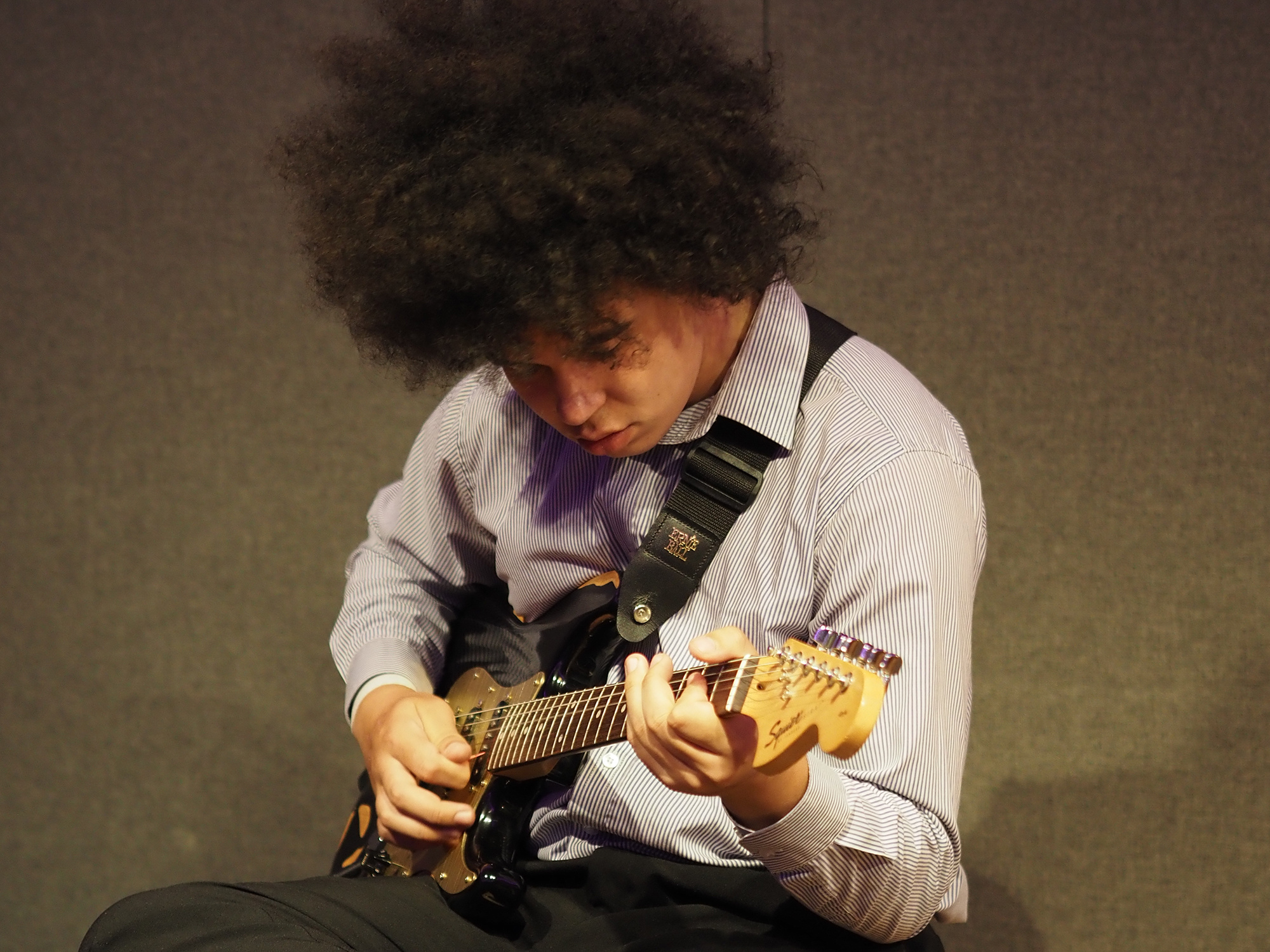 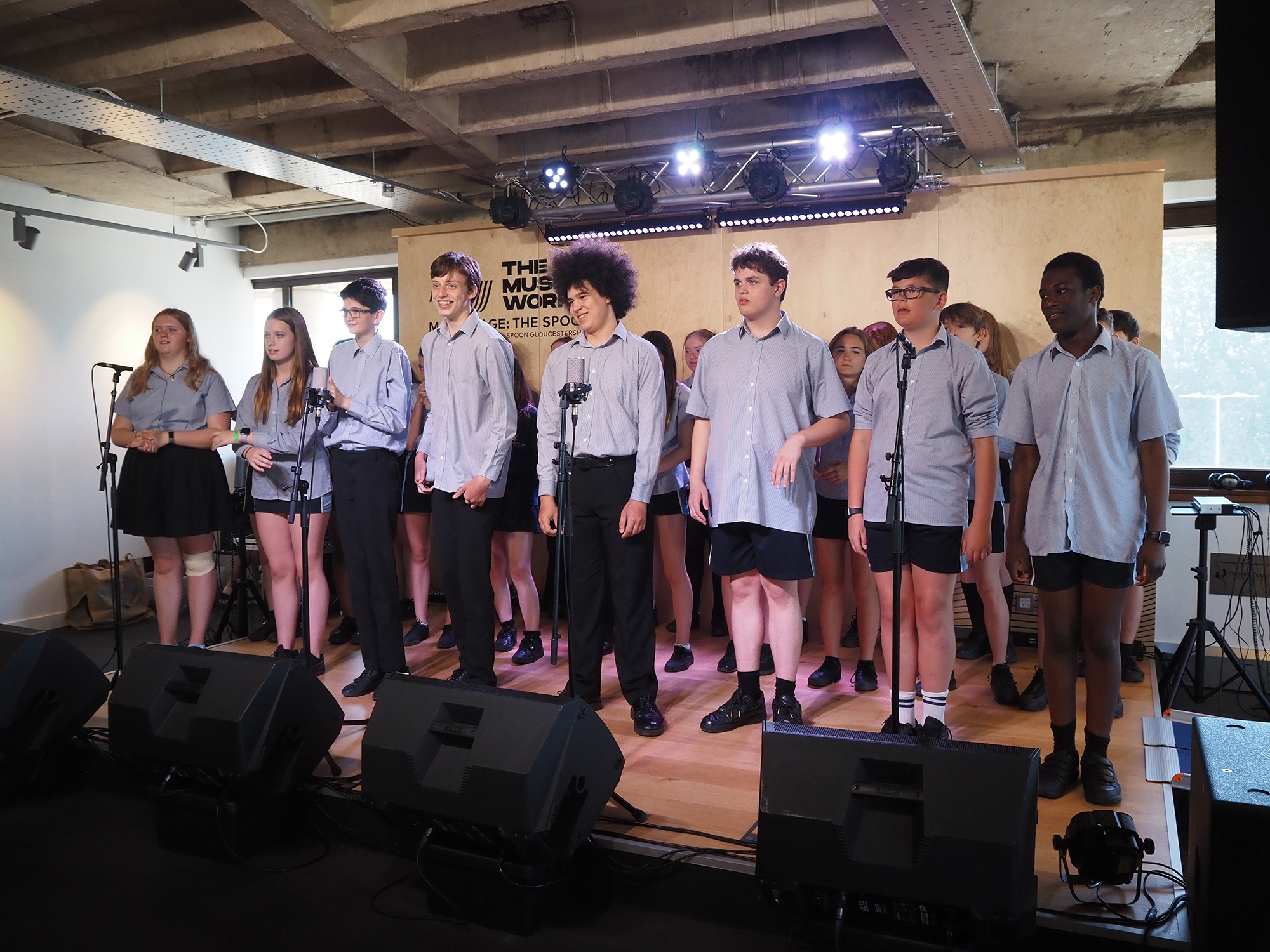 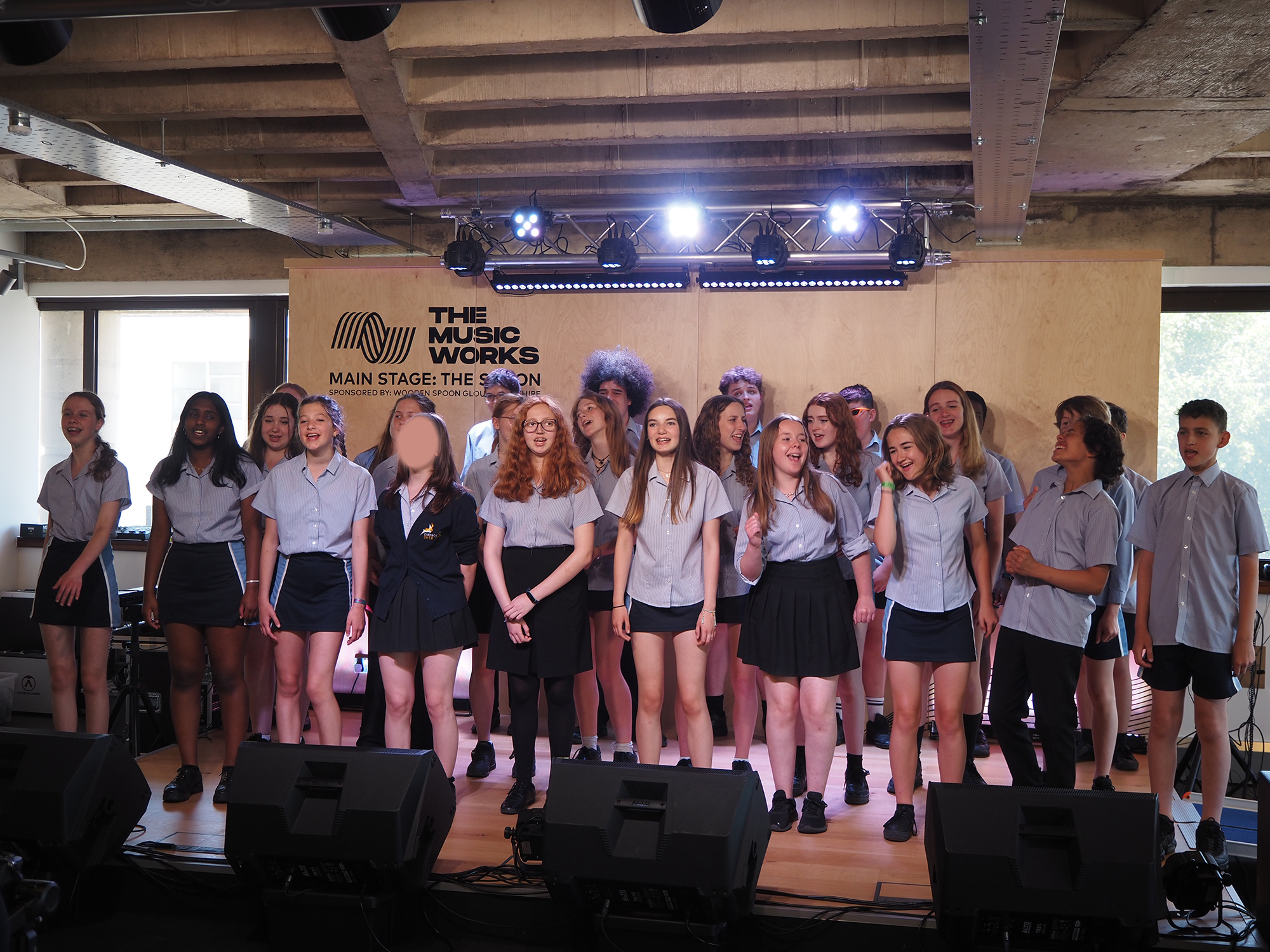 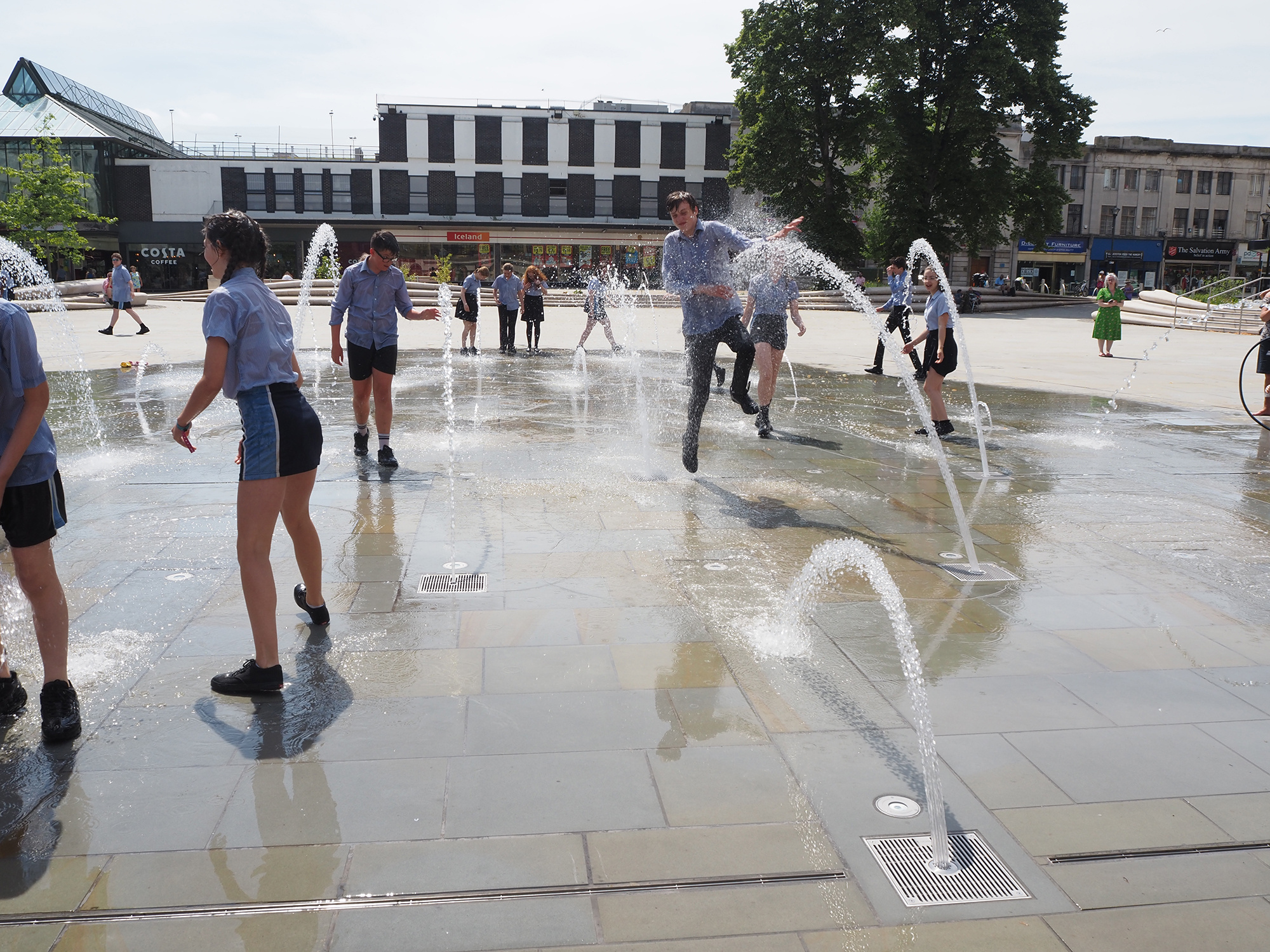 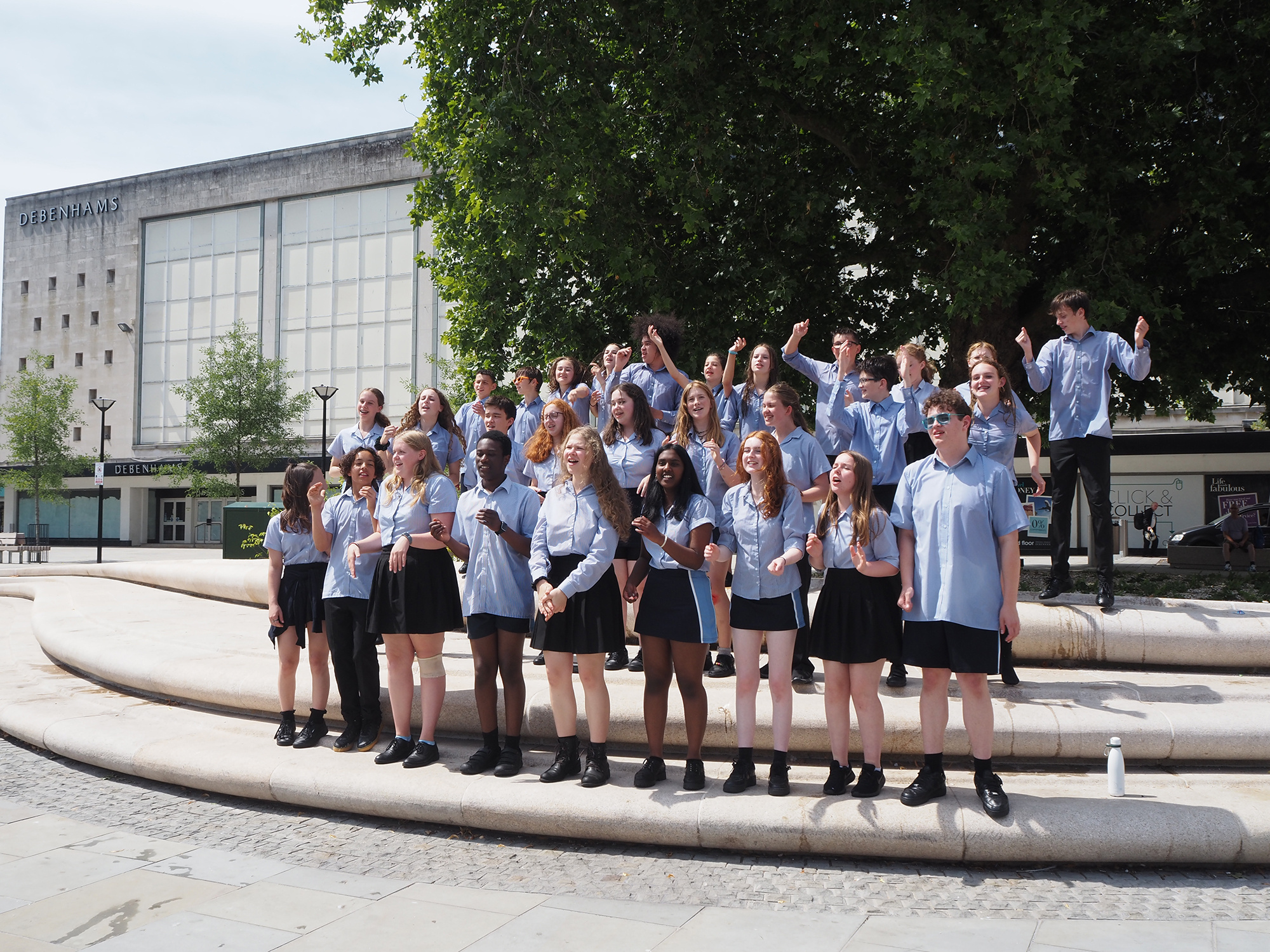 The final recording and video will be released in September (look out for further details then) but the pupils performed live for friends and family at Picnic in the Park on Tuesday 12 July and will play for pupils and staff at Party in the Park on the final day of term, Thursday 21 July.

Miss Faux, Music Teacher: 'I am so pleased to have The Music Works back working with us again on what has always been a successful and enriching project for our pupils. The past 10 weeks have allowed experienced pupils to gain confidence in their performing, musical and vocal skills whatever their previous ability. The recording day was a massive success and feedback from others who were working with us from The Music Works was that our pupils were the best they have had come in; they sounded so powerful and were full of energy.'

'The whole experience has been super fun because of all the people involved and the professionals who helped us make the song. The recording day was great fun, especially when we headed to the fountains to cool off – and Miss Faux buying us ice lollies.' Emily (new Year 10)

Charlotte (new Year 10): 'I have really enjoyed taking part in this project because it has allowed me to become more confident with singing which is now something I want to pursue more.'