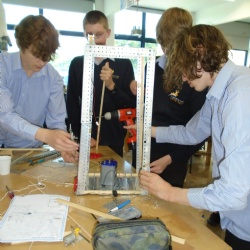 On Thursday 16 June 2022, 26 (new) Year 10 pupils spent their day off timetable, working in teams on the Royal International Air Tattoo (RIAT) STEM Technology Challenge. It was great to be able to offer this opportunity to our pupils again, after a hiatus of 2 years.

One of the Fairford Royal International Air Tattoo sponsors is Lockheed Martin, who were involved with the development of the space robot that landed on Mars and this inspired the set challenge.

Our pupils were led by specialists in construction, software programming and electronics in a 'design and make' project which required them to build and program a system capable of triggering the launch of a satellite from the surface of Mars.

They needed to program a robot to move around a set course and trigger the rising of a dish, representing a satellite dish. Electronics and mechanisms were involved to create a switch which switched on a motor and flashing light. The electronics and mechanism were all housed in a structural tower which the pupils had to construct to a given height. It was vital that team members communicated well with each other and worked out how to solve the problem.  All the pupils rose to the challenge and worked hard to achieve the end goal.

The visitors were extremely complimentary about our aspiring engineers who worked tirelessly in their teams to arrive at a variety of effective solutions. 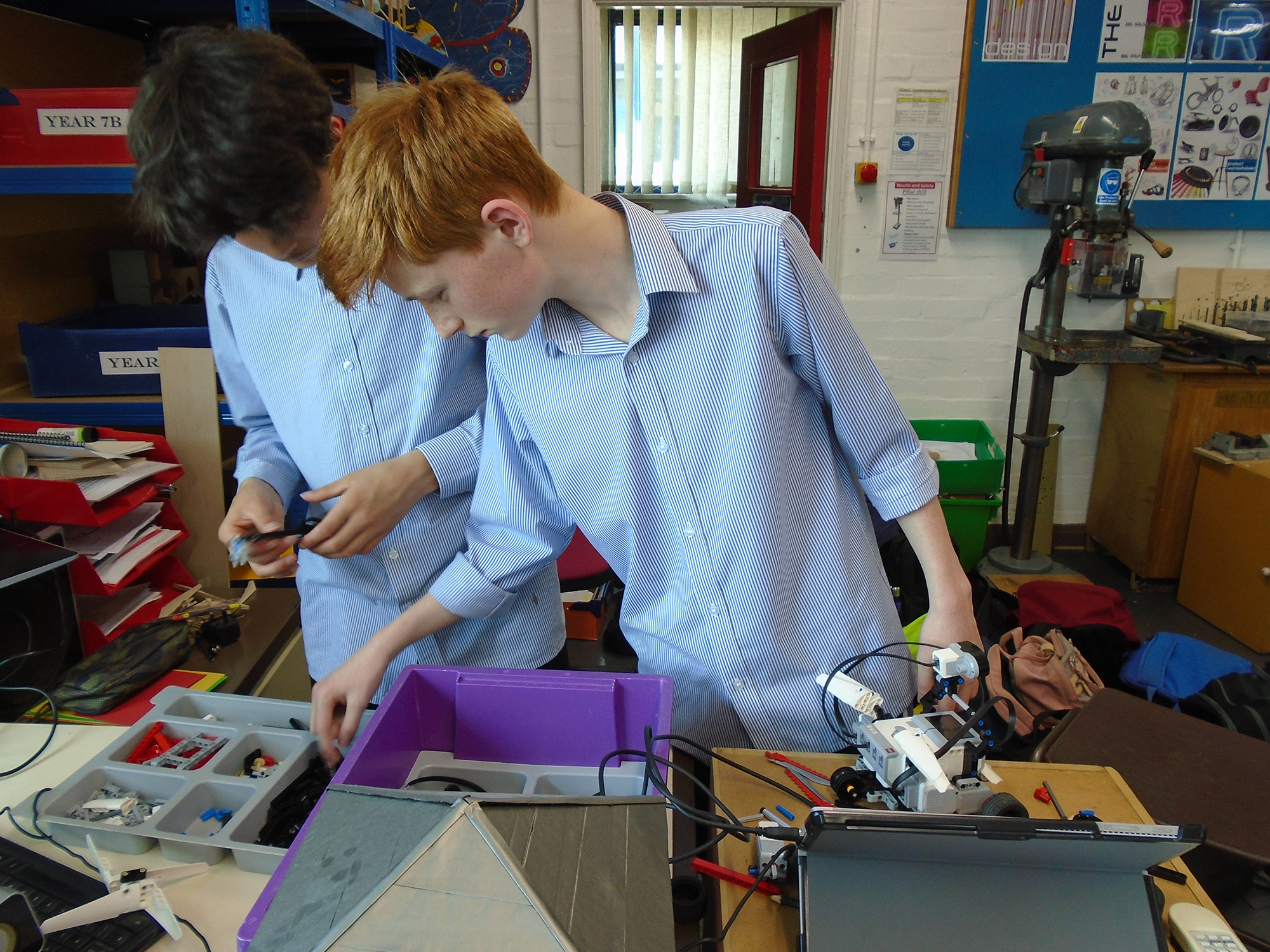 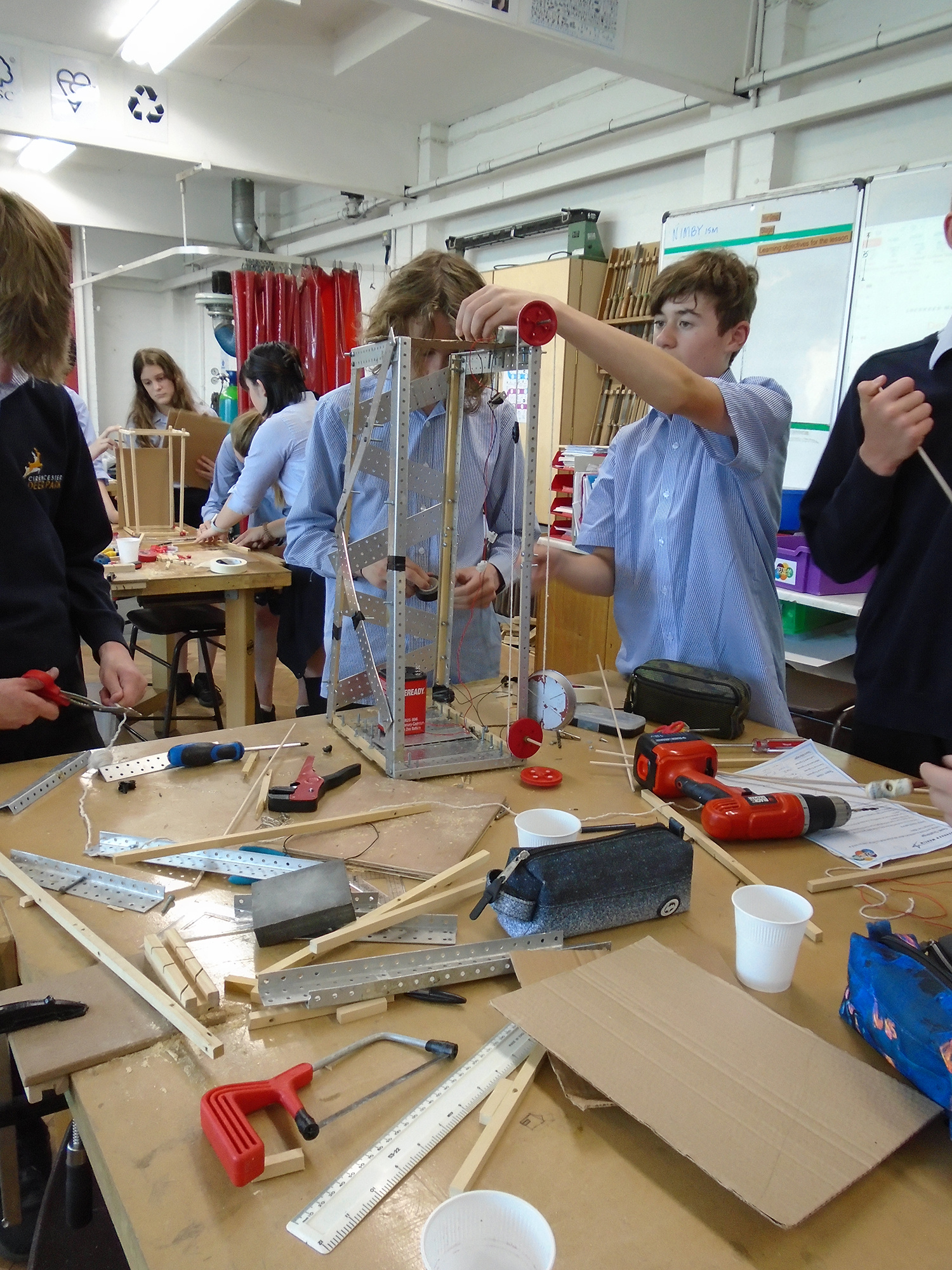 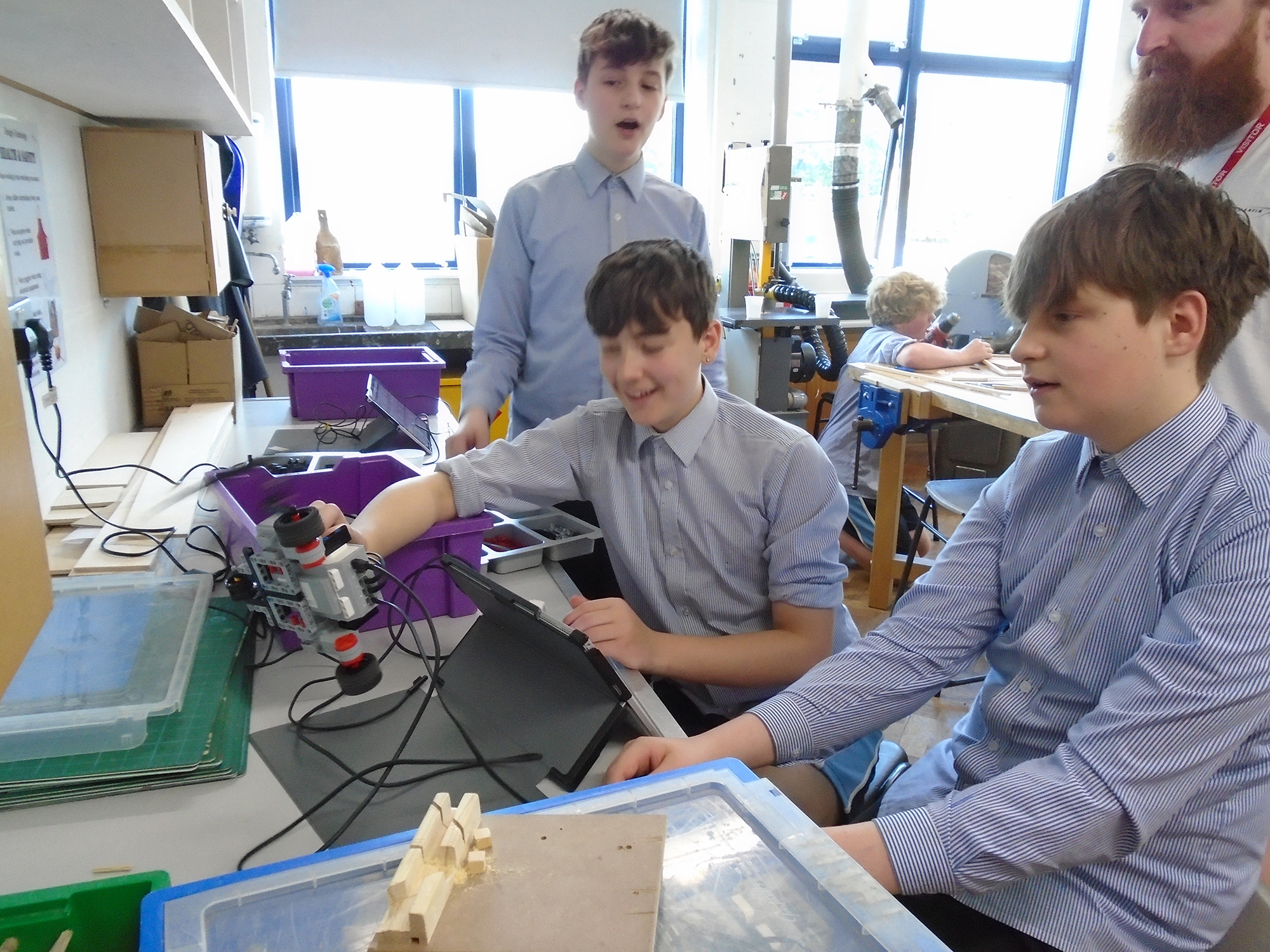 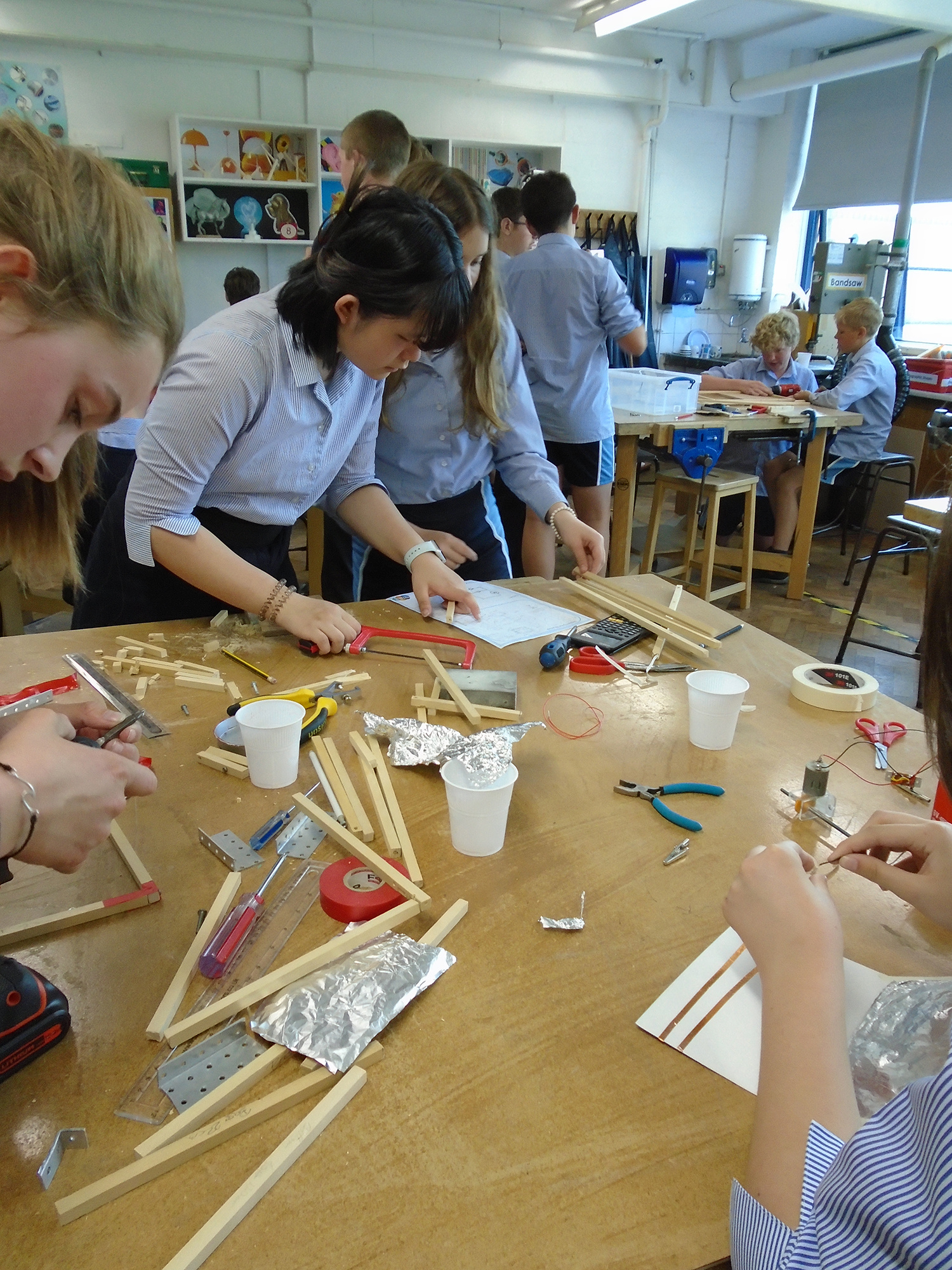 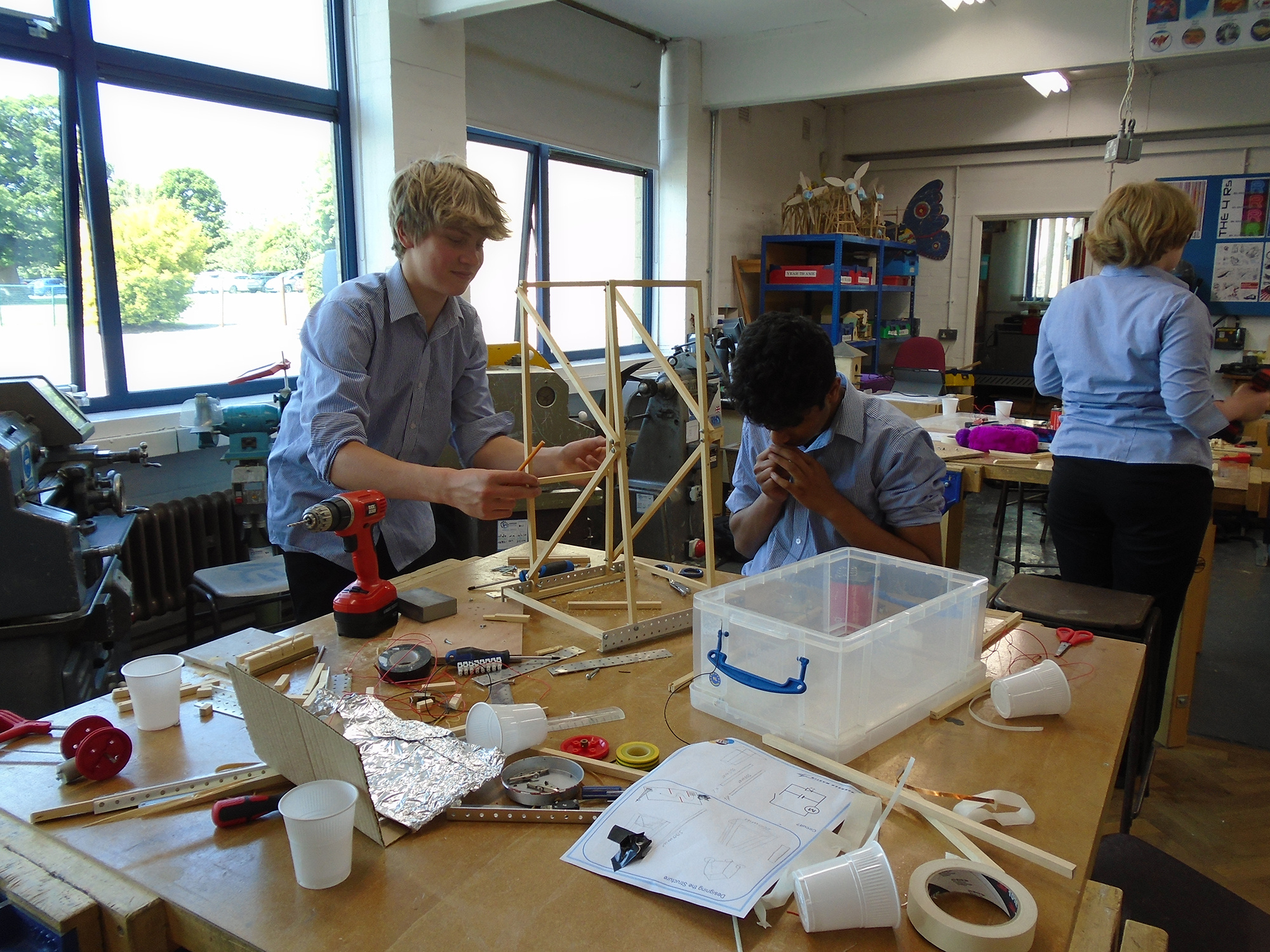 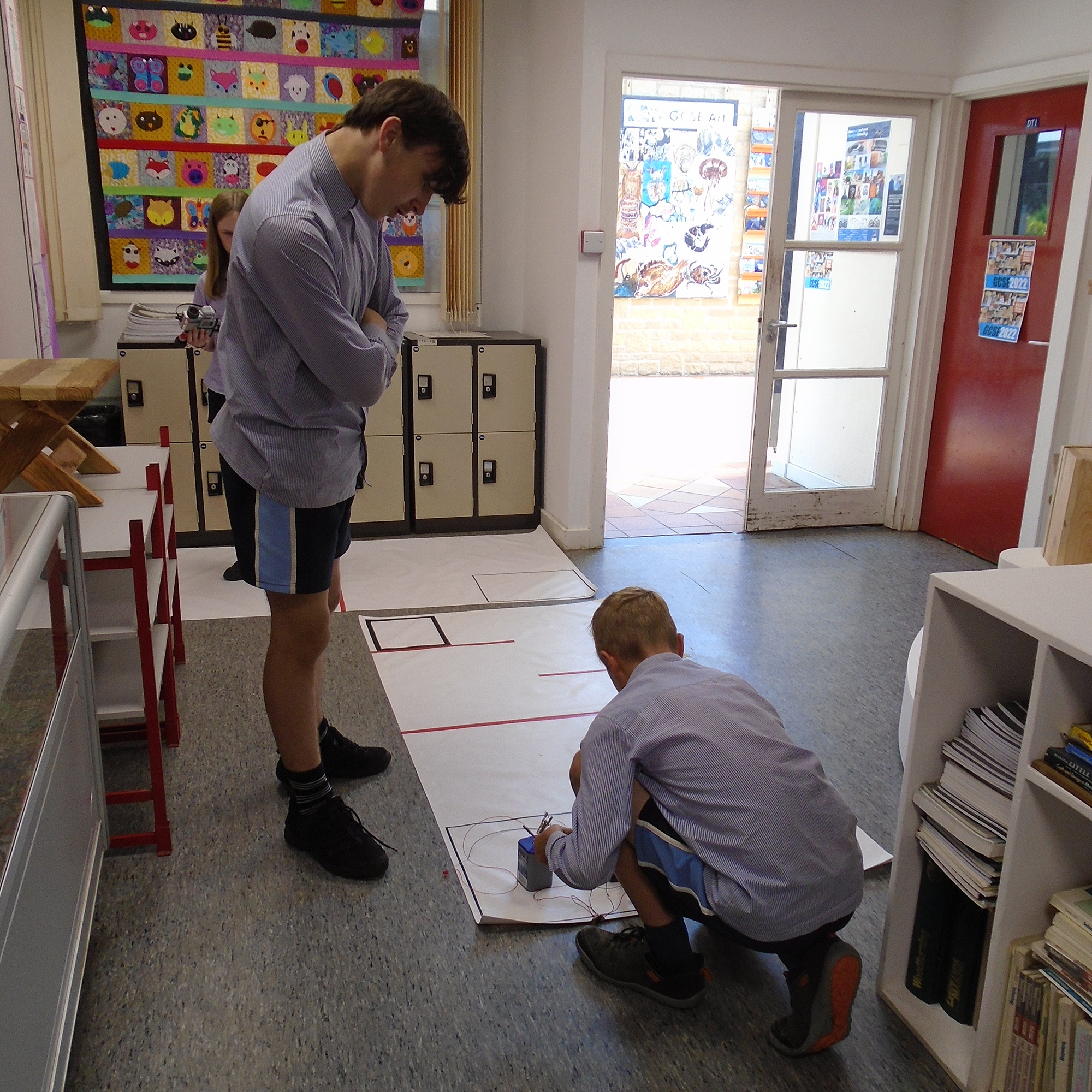 The winning team was Perseverance whose members were Oscar B, Max B, George DW, Oscar F and Tom L. They will now represent Cirencester Deer Park School in the TechZone at the Royal International Air Tattoo in July and compete against 7 other school for the coveted trophy.

Mrs Evans, Head of Design, said: 'It was a really good day and the pupils really enjoyed the experience and gained a lot from it. I was very proud of all the pupils who used their Design Technology skills to solve the problem. One of the participants commented that this was why they had chosen GCSE Design Technology!'

Team Perseverance commented: 'We worked as a team, communicating ideas and helping each other out with the different roles we had to do.'

The team of Will F, Harry M, Bailey C, Thomas W and Frank C shared what went well: 'The electronics worked really well and when the button was activated on the switch, the dish rose into the air.  What we learnt was to use time more effectively, persevere and communicate better.'