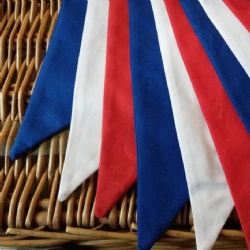 Celebrating VE Day is at the heart of the Humanities Faculty in Focus 2020.

The May Day Bank Holiday is traditionally the first Monday in May but in 2020 has been moved to coincide with the 75th anniversary of VE Day on Friday 8 May. VE Day, or Victory in Europe Day, marks the end of the Second World War in Europe following the surrender of Nazi Germany. Not only was Victory in Europe (VE) Day a day of celebration for the ending of hostilities in Europe, it is seen by many as the dawn of a new era and the beginning of our modern age.

Soldiers from all over the world had fought and died for nearly six years in battlefields to stand up to oppression and to fight for democracy and liberty. On 7 May 1945 the German surrender was signed to come into effect the following day. The BBC announced that 8 May would be a national holiday, Victory in Europe Day. The Second World War continued in Asia for another 4 months (until August 1945) but VE Day celebrates the end of fighting in Europe and the beginnings of peace.

75 years ago Prime Minister Winston Churchill made a radio announcement that Nazi Germany had surrendered and that the war in Europe was over. He also added ‘We may allow ourselves a brief period of rejoicing; but let us not forget for a moment the toil and efforts that lie ahead.’  On 8 May 1945 across Britain and other countries in Europe, people took to the streets to celebrate, to dance, sing and hold street parties. 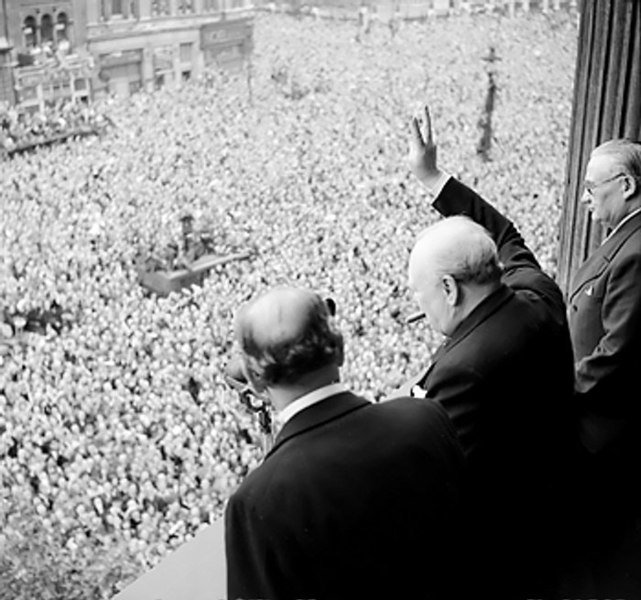 For thousands of families, it was a time of hope as they celebrated the imminent return of their loved ones from war. For others, it was a time of reflection as they focused upon on the losses suffered and began to prepare to rebuild their lives in peace time.

Out of the horror the Second World War, a new world was born. It was a world of hope and optimism. New ideas about the importance of human rights, international co-operation and the role of the state in supporting people. In Britain, the NHS was founded, and great steps were taken by the government to support the most vulnerable in society. Around the world, people looked to rebuild and establish an interconnected society where everyone could flourish. VE Day was the starting point for this new world and our modern society can learn huge lessons from their optimism and resilience. It is a key event that we must always remember.

As part of our celebrations to commemorate the 75th anniversary, the Humanities Faculty are running several activities and we need our pupils' help to make the celebrations as brilliant as possible in these strange and difficult times.

We hope you all have an excellent Bank Holiday on Friday 8 May. Stay safe and look after each other.

Find out more about VE Day: