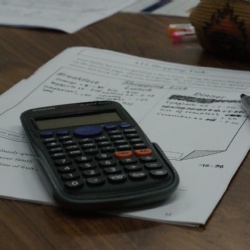 On Wednesday 22 January 2020 all pupils in Year 9 had their timetable suspended for 4 lessons to enable them to take part in our annual Year 9 Financial Awareness Conference.

This year the sessions were led by staff volunteers from local company St James’s Place Wealth Management and Deer Park teachers switched roles and became Classroom Teaching Assistants. It was wonderful to welcome back Oliver Wootley, a former pupil from Deer Park who is completing an apprenticeship with SJP.

Our Year 9s were led through four sessions: What is Money Worth?, Wants vs Needs, Budgeting and Understanding Debt. During the first session pupils were given the task of working out salaries, from ‘A’ list celebrities to cleaners. It was fascinating to learn their estimates. Then they had to think about the value of certain people in society and the pupils recognised the important service provided by from NHS workers to refuse collectors.

Following the first two sessions, pupils were given a family scenario which they were exposed to the cost of living. Pupils had to calculate, using a calculator or their phone, the difference between Gross and Net pay and then Tax. Pupils were intrigued to learn where tax and National Insurance tax was spent. They were given the pie chart below. Taxation was a real shock our pupils and they were surprised about the amounts that were paid out. 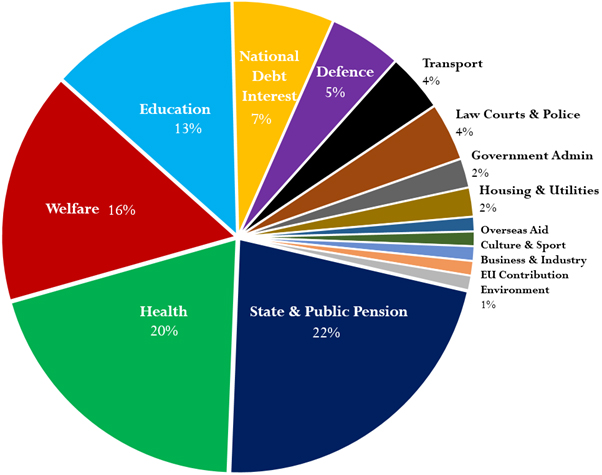 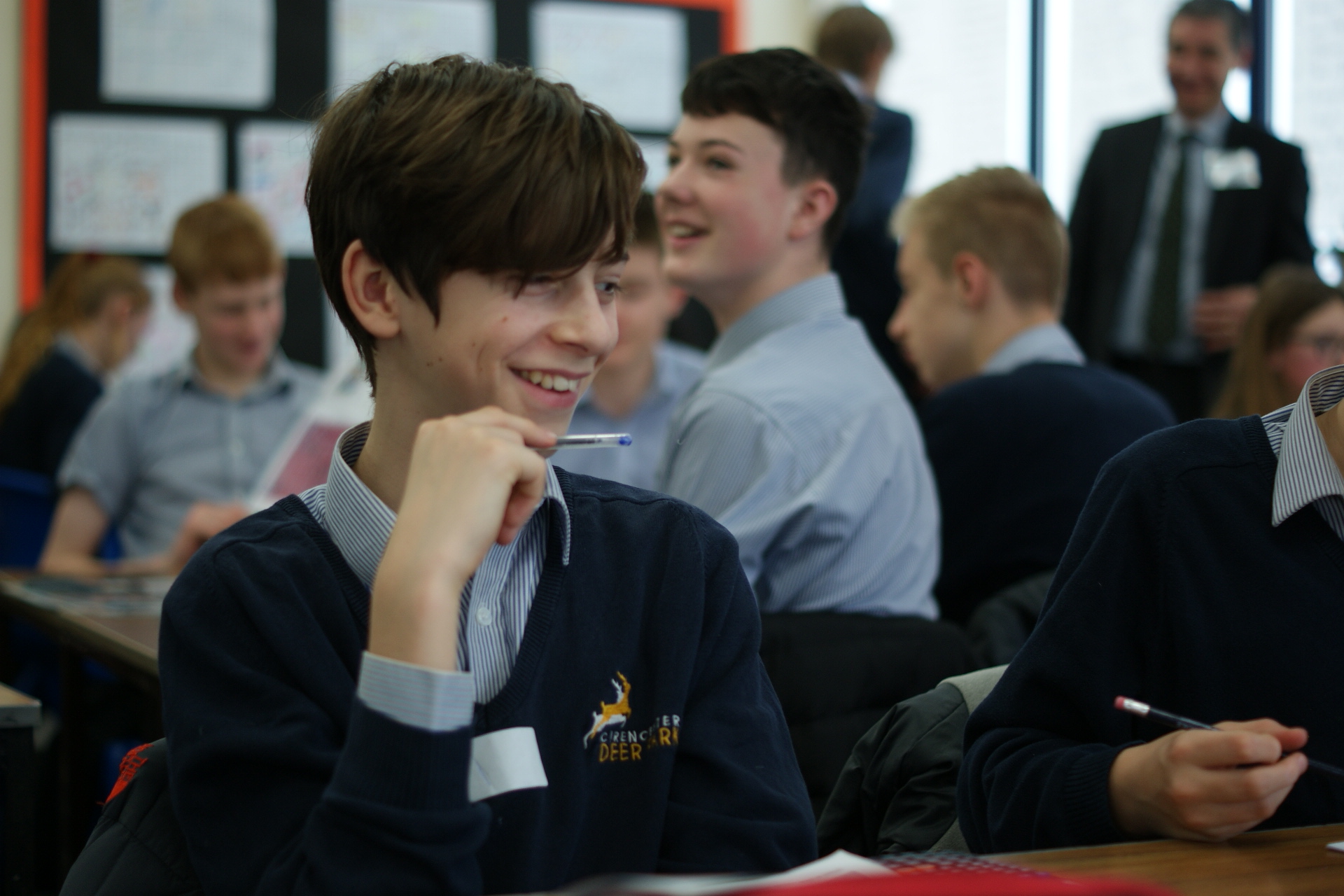 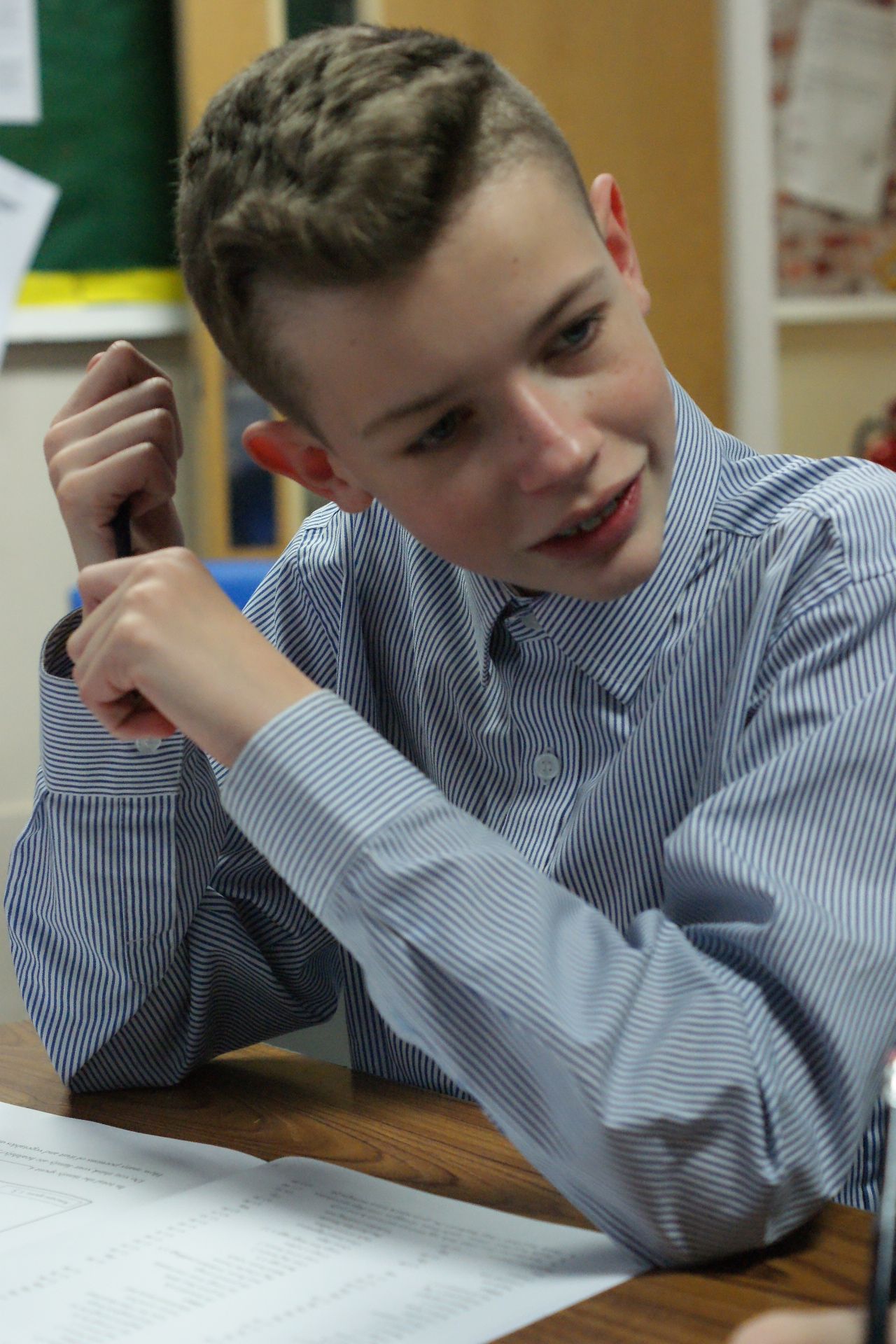 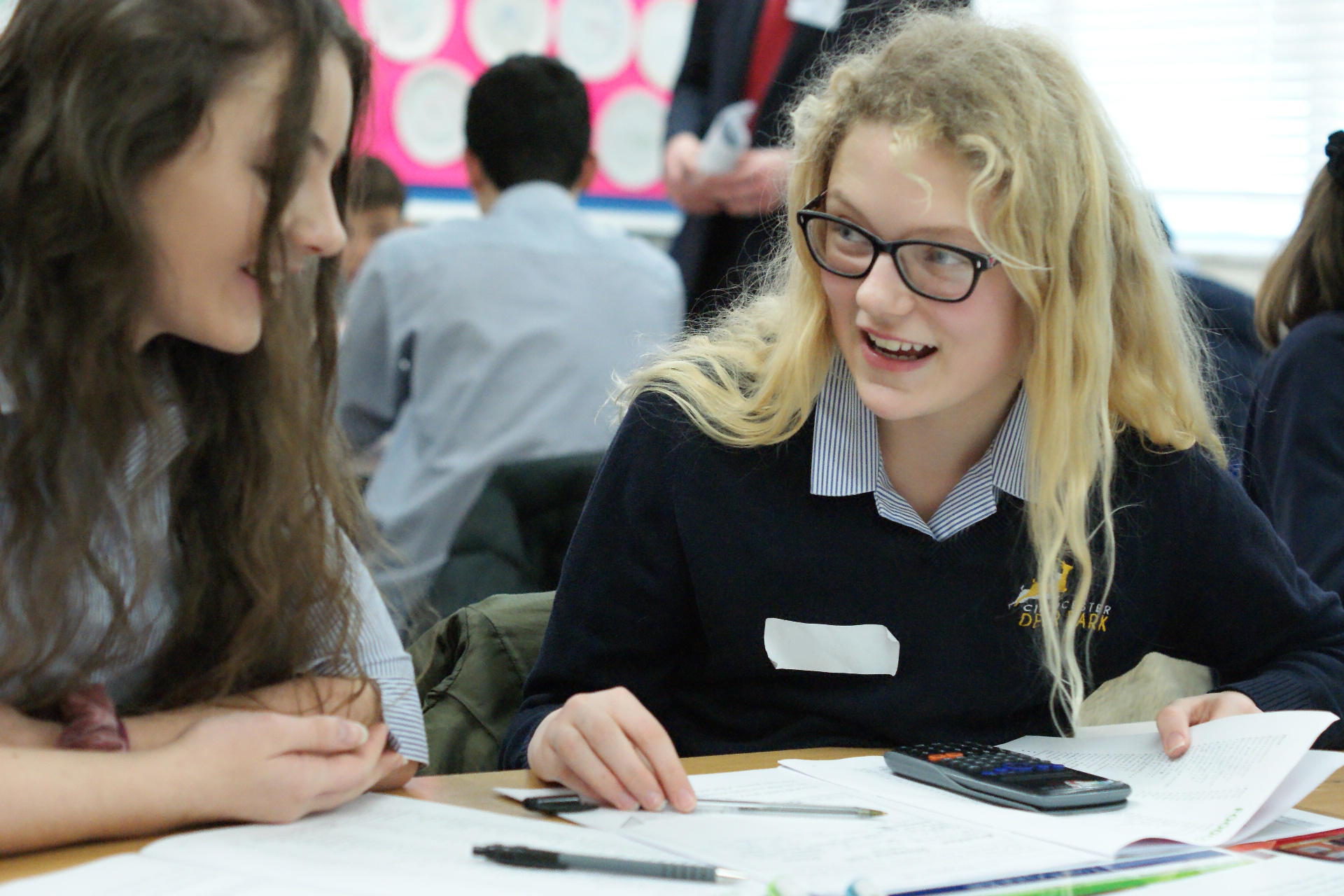 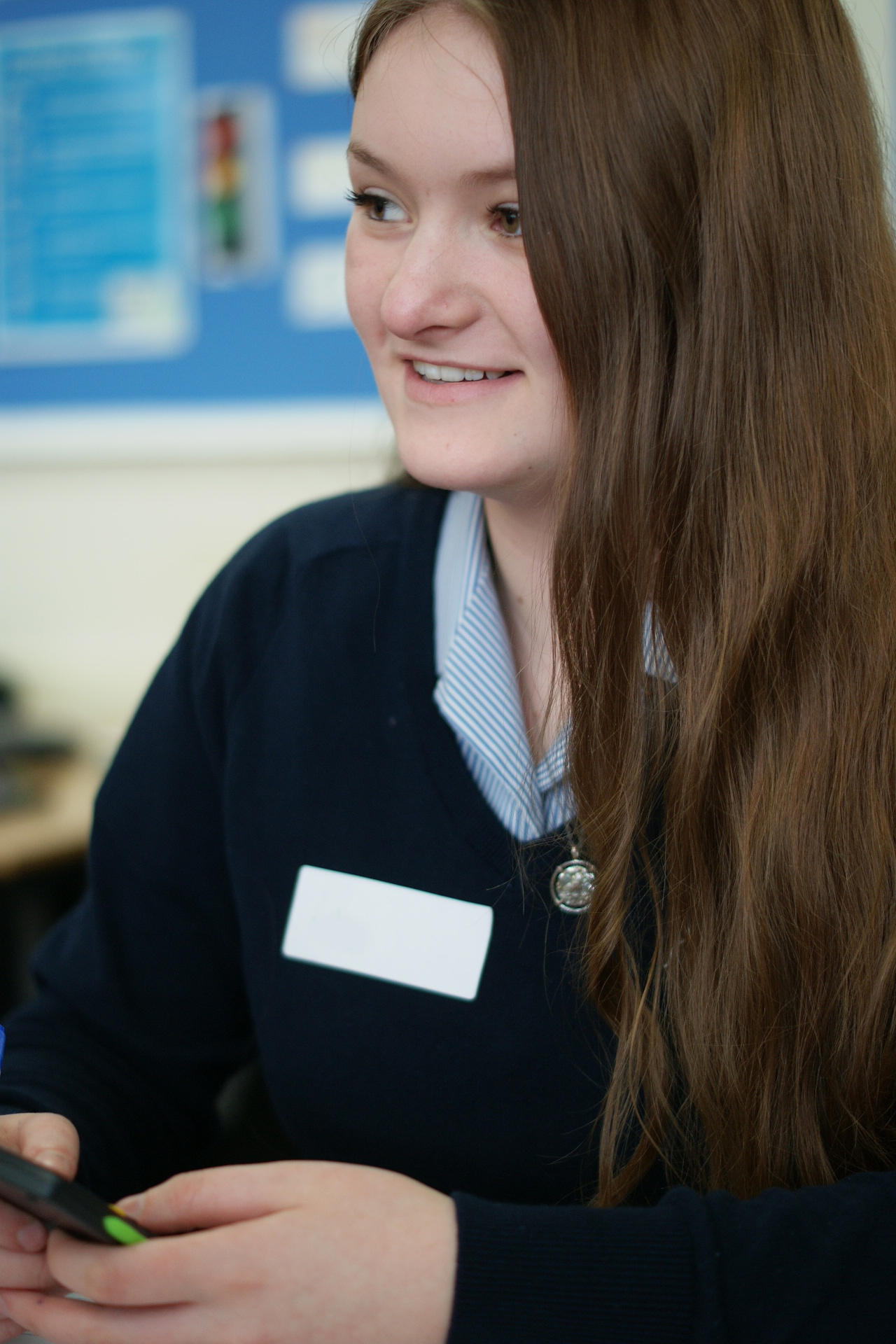 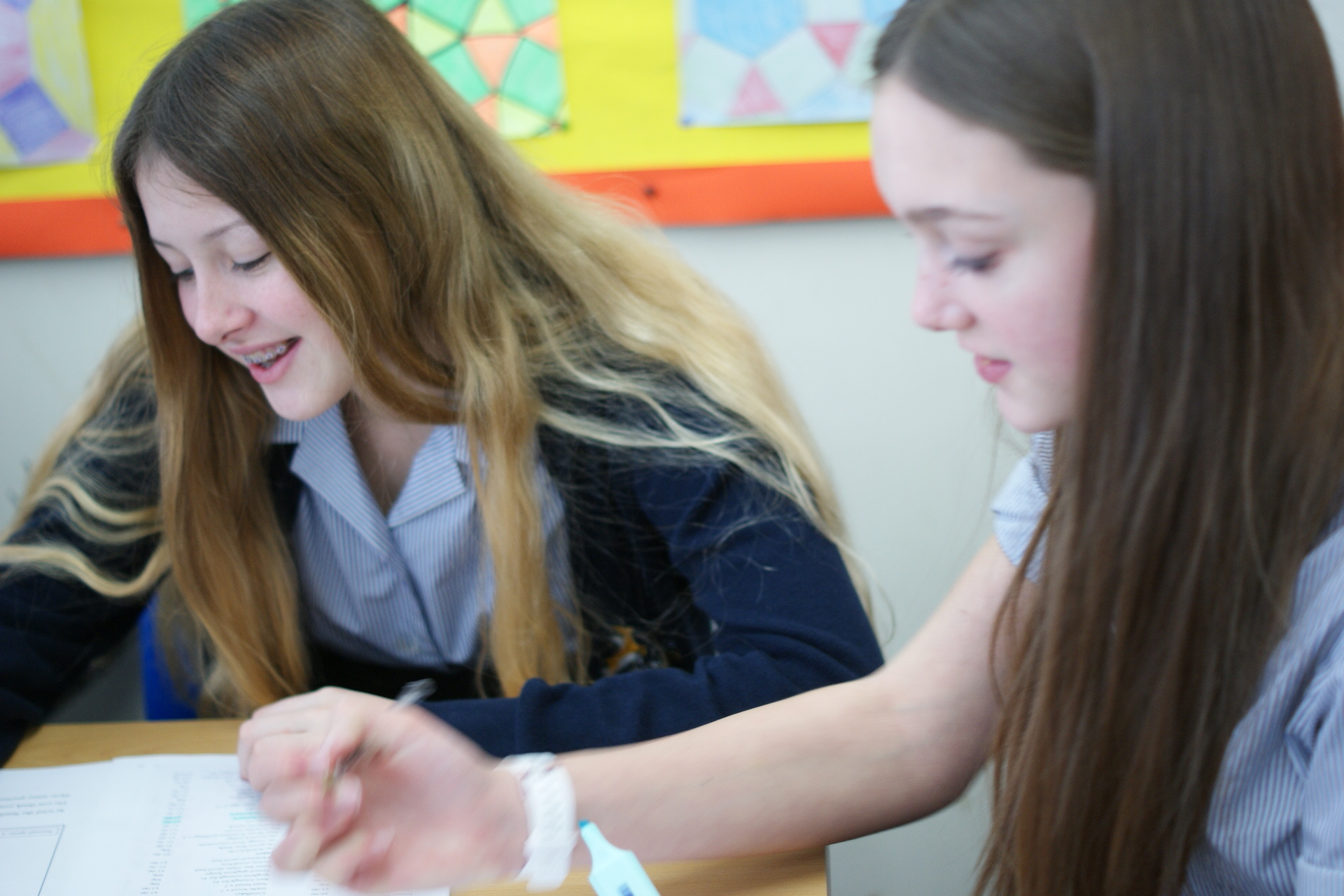 Then, pupils examined the subject of debt. They were shocked at the difference in levels of interest charged by the various lenders. Pupils played a game whereby they had to guess the type of borrowing without being given key words, similar to the game Taboo. They were made aware of organisations that could help them should they ever find themselves in financial difficulties, for example The Money Advice Service and Citizens Advice.

From comparing the questionnaires that pupils completed both at the start and end of the day, it was clear that by the end our pupils had a greater understanding of the world of personal finance. Year 9 were a credit to the school.

"I loved Finance Day. We learnt in such a fun way and it has definitely pushed me towards choosing Business Studies as a GCSE." Archie (Year 9)

Miss Fletcher, GITEP trainee: "It was fantastic for the pupils to have hands-on experience of spending, saving and budgeting their money. They actively engaged in the tasks and came up with some interesting questions. I believe the session made reflect on the way the value money."

"Useful, detailed information for my future. I am glad that I have learnt how to save and invest." Abigail (Year 9)

Miss Tricker: "It was a really informative and beneficial day for the Year 9s. Nothing like this was provided for me when I was in school! It was interesting to see how willing they were to spend a lot of money!"

"I feel the day was very interesting and everyone would have learnt something from it. I believe people can take the information gained and use it in later life." Gracie (Year 9)

Mr Morgan: "It was brilliant to see the pupils engaging in learning about budgeting and developing skills and knowledge that will be useful for the rest of their lives."