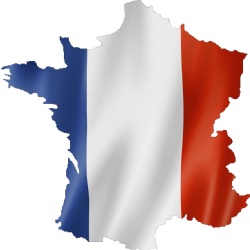 A taste of Christmas in Europe

On Friday 6 December 2019, a group of Year 9 and Year 10 pupils took part in the inaugural Christmas Market Trip to Lille, France, on what was an exhausting but enjoyable day. We departed from Deer Park just after 1am and returned almost 24 hours later after an action-packed experience that both broadened horizons and lightened purses.

The trip was organised by our Languages Faculty to give pupils an opportunity to expand their knowledge of the French language, as well as to give them a first-hand experience of French culture, which is an important part of the GCSE examination. This was all done in an environment that allowed them to buy Christmas gifts and taste French and Belgian food, whilst using their French speaking skills.

The day began with us wearily catching the ferry to Calais from Dover. Due to some quick-thinking from our ever-helpful coach drivers, we were able to catch an early ferry. Other than a few cases of sea-sickness on the ferry, we safely arrived in France before the school day at Deer Park had even begun! Because we had arrived earlier than planned, we took the opportunity to make an impromptu visit to a neighbouring French-speaking country and, to the surprise and delight of the pupils, we popped in to a chocolate factory and shop in Belgium. This was an early opportunity to spend some euros, and the pupils found it interesting to hear spoken French with a different accent. 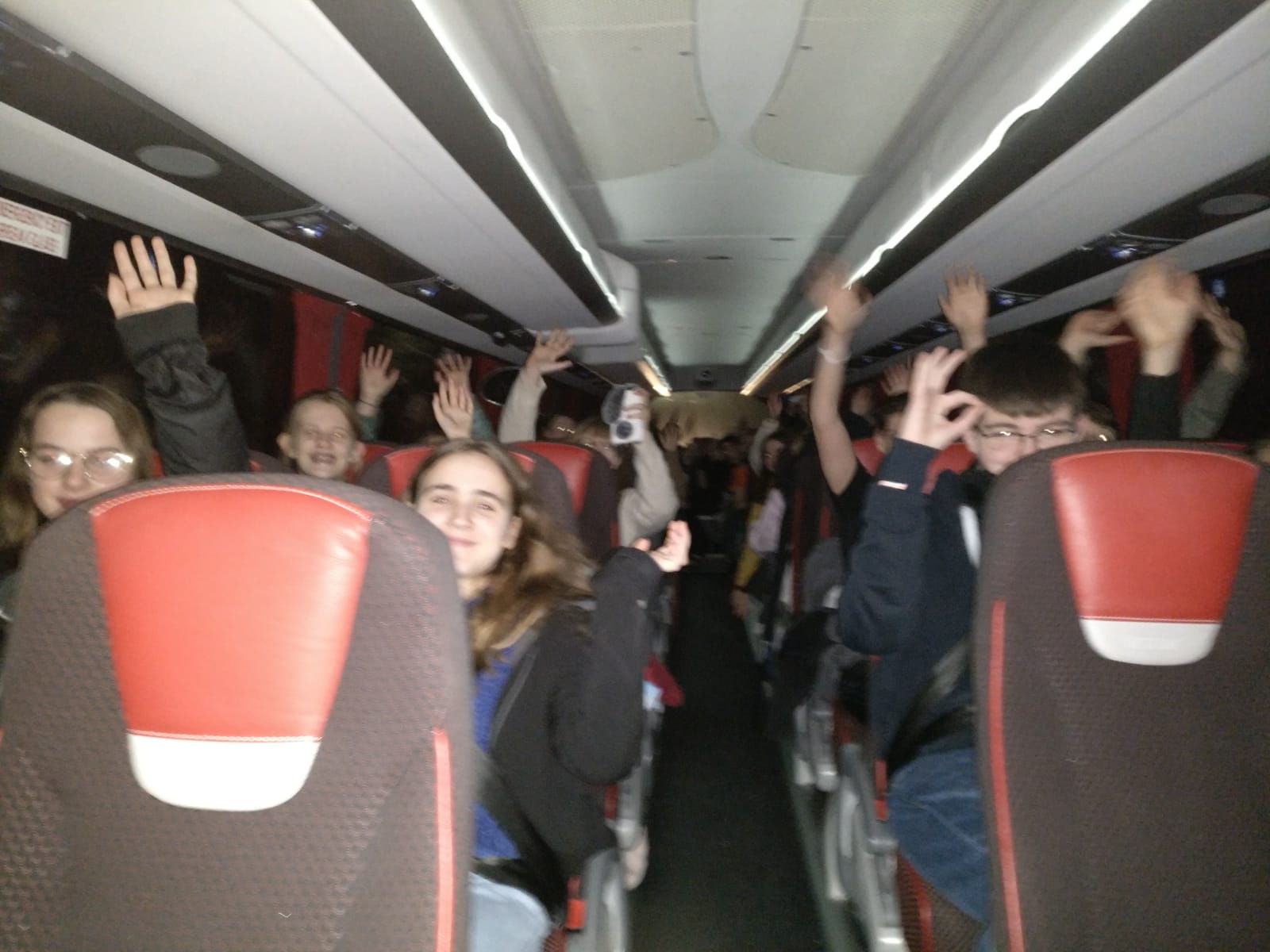 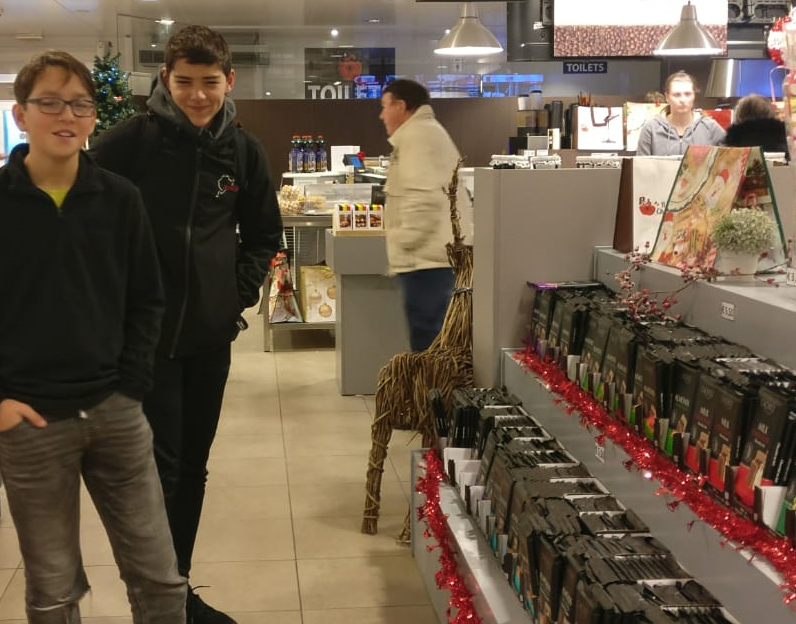 Back on our original schedule in France we visited an independent waffle factory on the way into Lille. Here, the pupils were given the chance to show off their knowledge and familiarity with a variety of French words relating to food, as they were shown how to make the perfect Flemish waffle, which is much thinner than the traditional French waffle. Pupils were each given a sample of a freshly-made waffle, and then we departed. 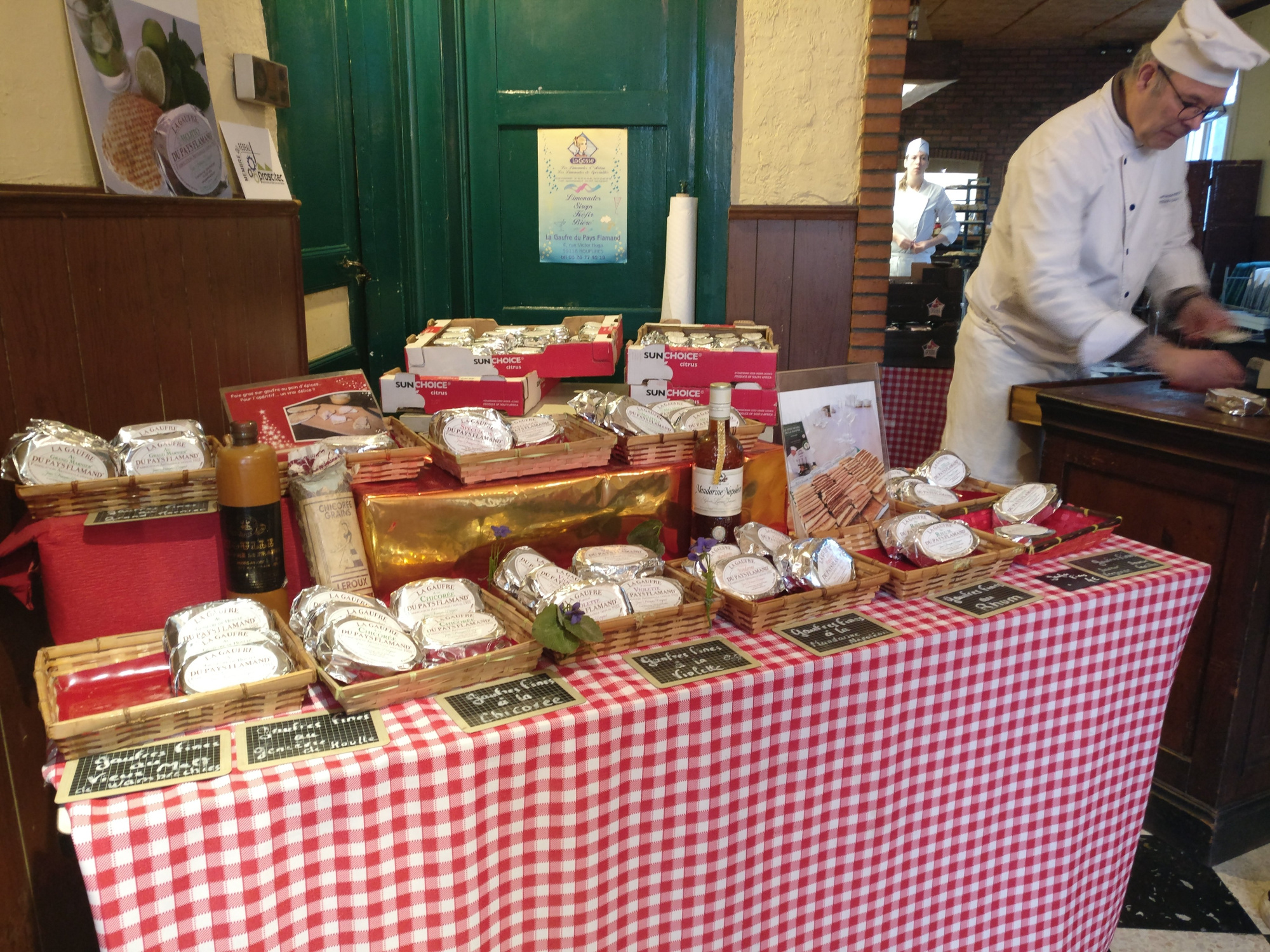 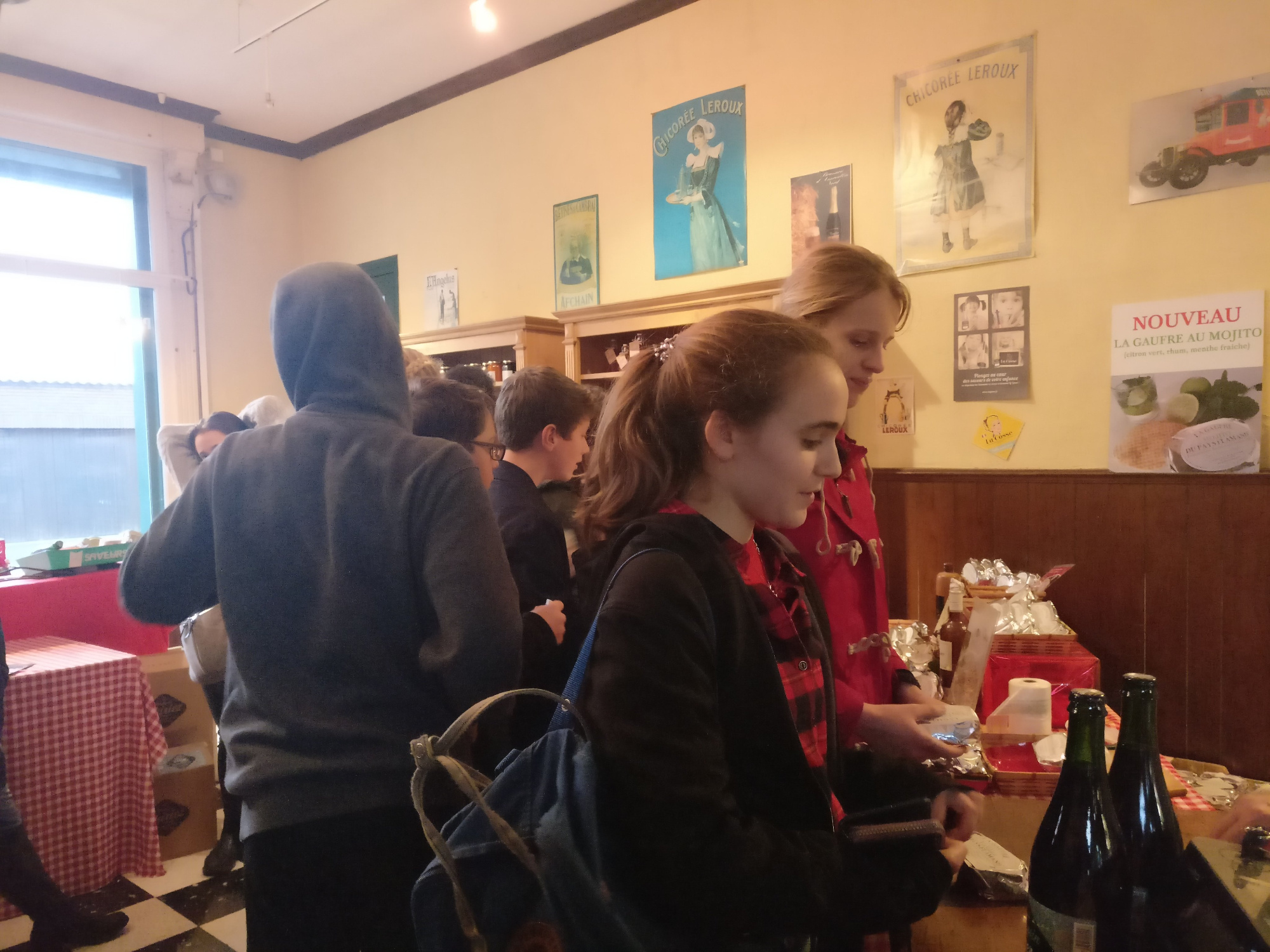 After a short journey, we arrived in the centre of Lille to experience the very popular Christmas Market, which was what many of the pupils were most looking forward to. Despite some wet weather at the beginning, we were able to explore the market in small groups, and we were able to practise our French by purchasing crêpes, artisan soaps and all manner of souvenirs. There was a very lively atmosphere, and it was delightful to see Deer Park pupils behaving maturely, and of course using their French all around the market, which helped to increase their confidence and fluency, which make up important parts of the Speaking paper of the GCSE.

Despite already being awake for over twelve hours, there were two more activities that we were all excited to take part in, with both taking place in the centre of Lille. First, pupils rode a Ferris wheel, which gave them an excellent view of the city. We then took the short walk to the newly-renovated Euralille shopping centre, where pupils and staff were given free time to explore and spend any leftover euros in some of the 130 shops and 24 restaurants. This was an excellent end to our time in Lille. 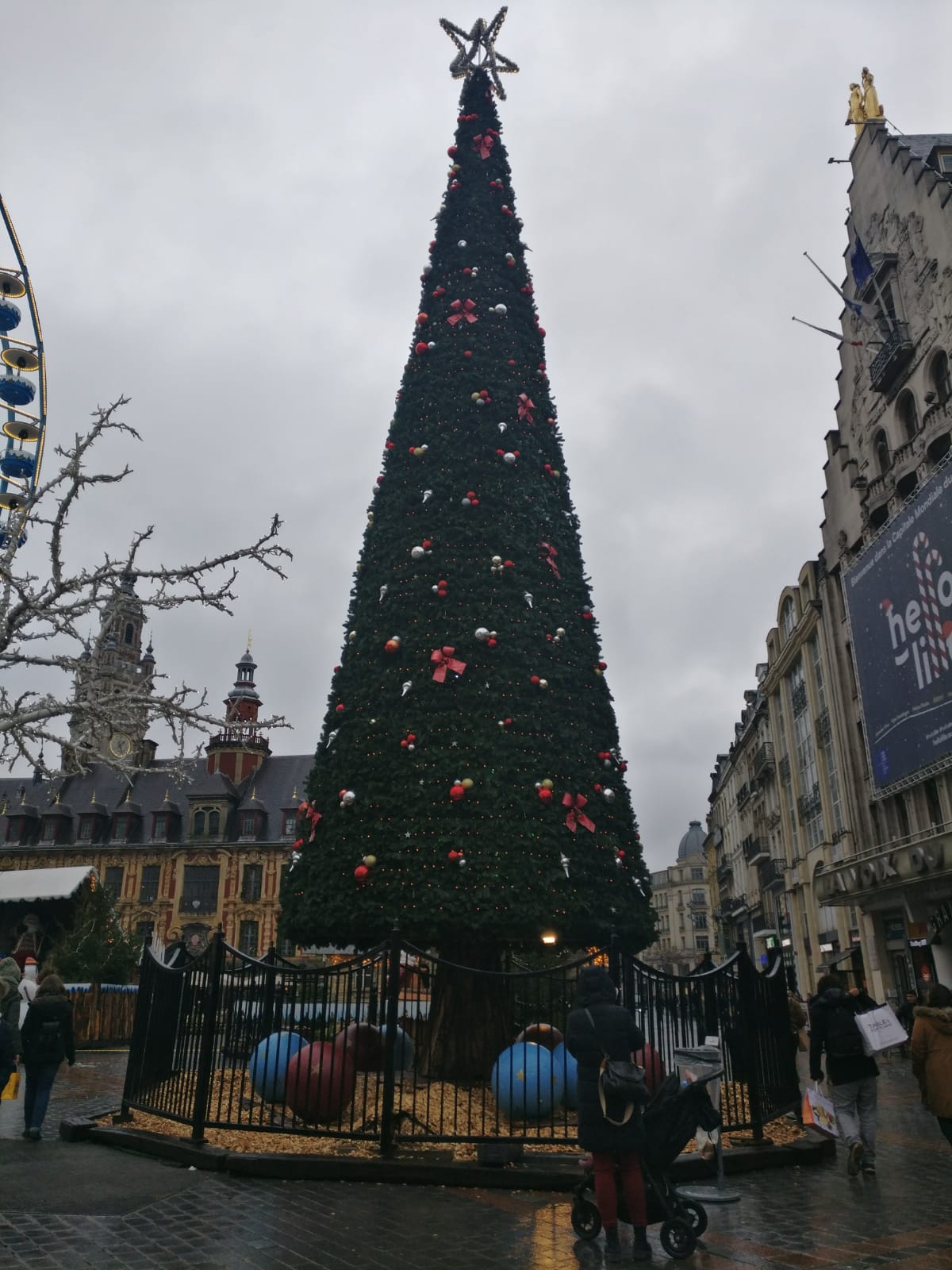 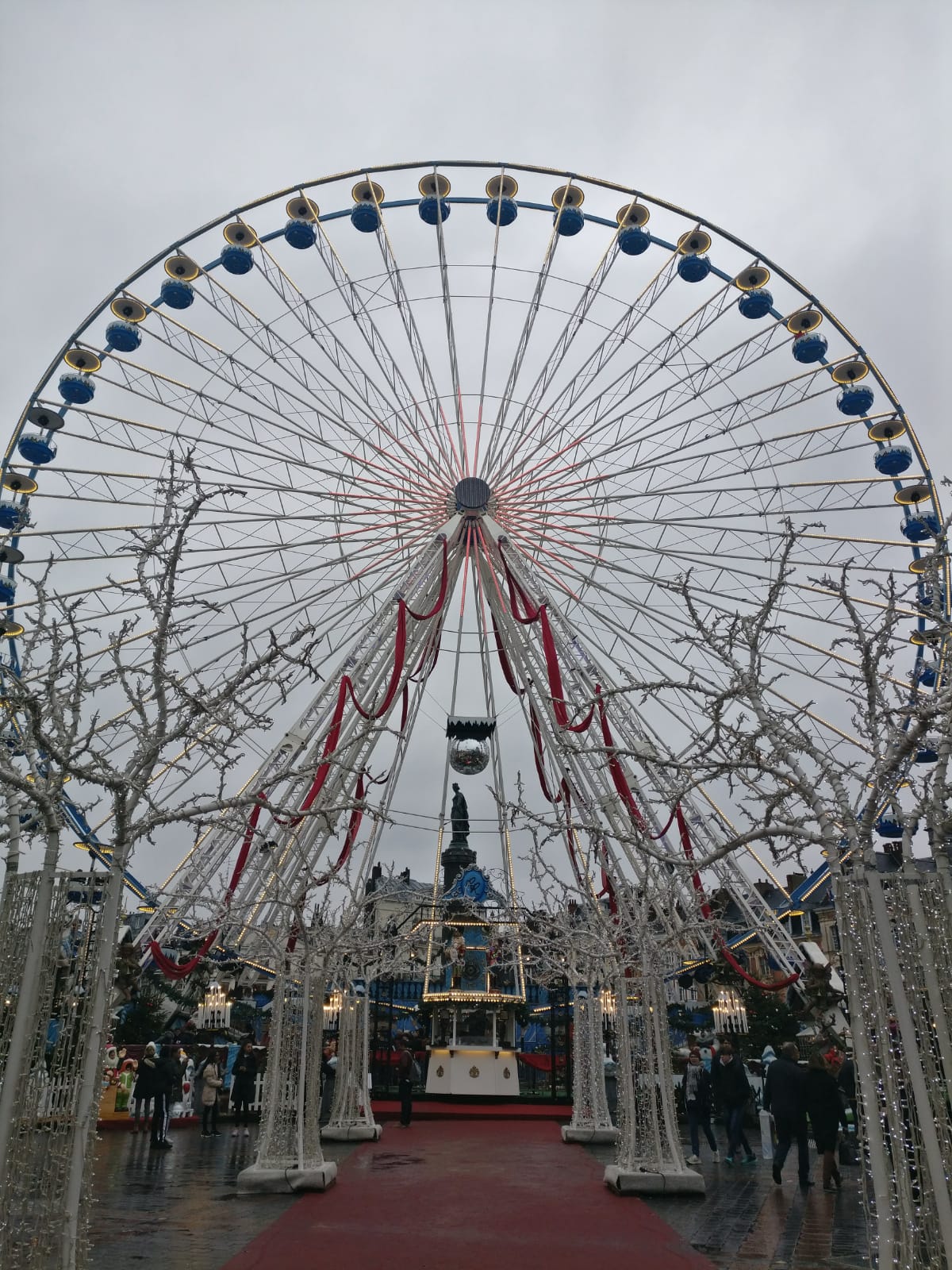 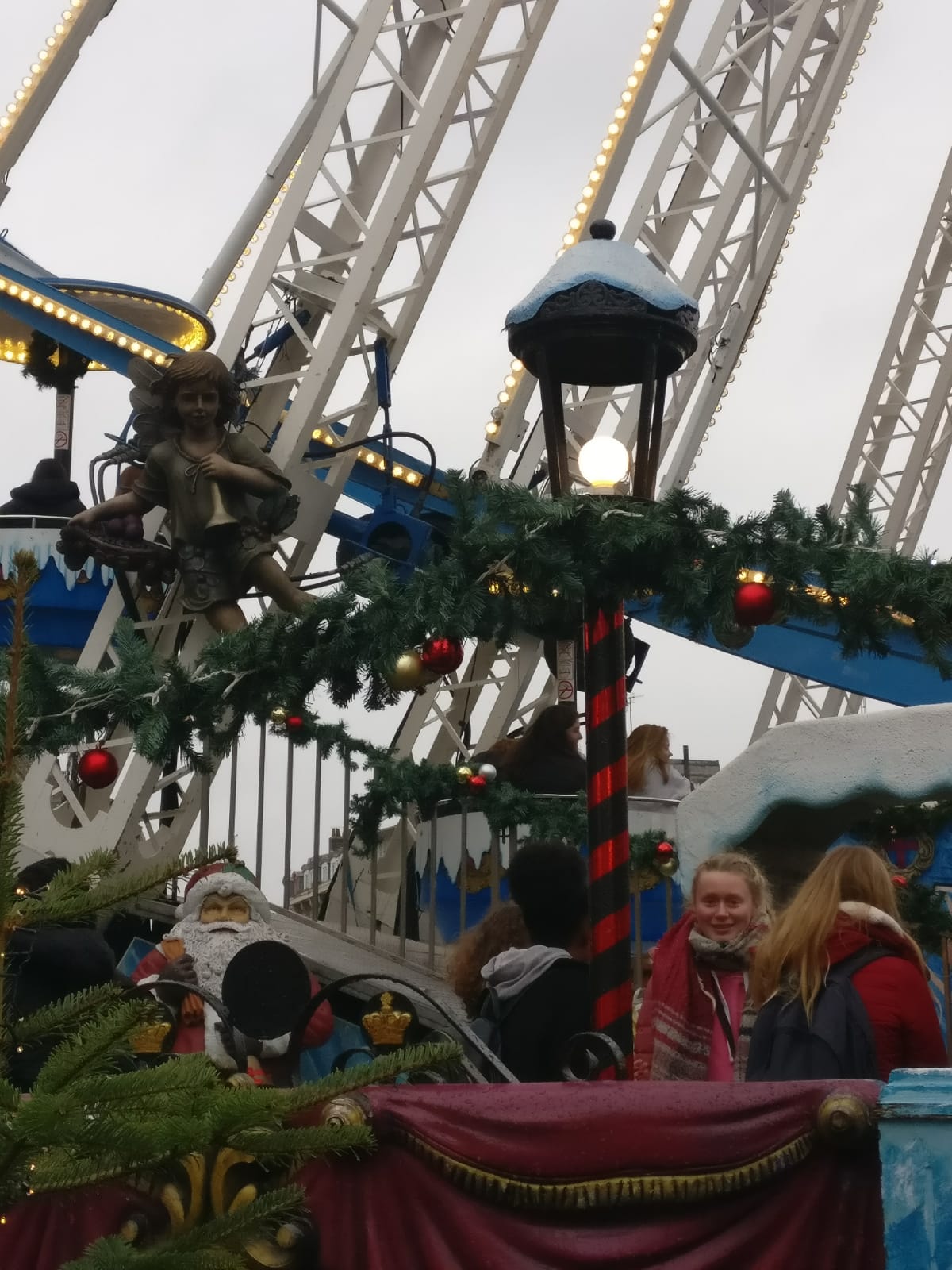 At around 15:30 French time, we embarked on the trip back to Cirencester. After a short delay in Calais, we arrived back to school just before 01:00. This was a tiring day out, but one that was unforgettable to all that took part. Pupils now have a greater knowledge of France (and Belgium), which will give them more confidence in the Languages classroom. It was fantastic to hear very positive feedback from the Marchants' drivers and the shopkeepers who took the time out to praise the behaviour and attitude of our pupils. Behaviour was superb, and they should be proud of how they comported themselves throughout the duration of the trip.

Alma (Year 9): “The Christmas Market was so fun. I found all the perfect Christmas presents for my family. The Ferris Wheel was my favourite, as you could see the whole of Lille from the top”.

Alfie (Year 10): "I thought that Lille was an amazing trip, and it allowed me to use some of the French that I've learned in school. I thought the ferry was very nice and I enjoyed the ferris wheel, waffle factory and the shopping centre."

Eliyshiya, also in Year 9: “The Christmas Market was fun as I got presents for my family and improved my French. I enjoyed the waffle factory, as we tasted them after and learned how to say different types of waffles in French”.

Mrs Aubrey, Trip Organiser: “It was a pleasure taking the pupils on this trip - they enjoyed themselves and were a credit to Deer Park. The bus drivers commented on their excellent behaviour at all times. They were fantastic representatives of the school.”